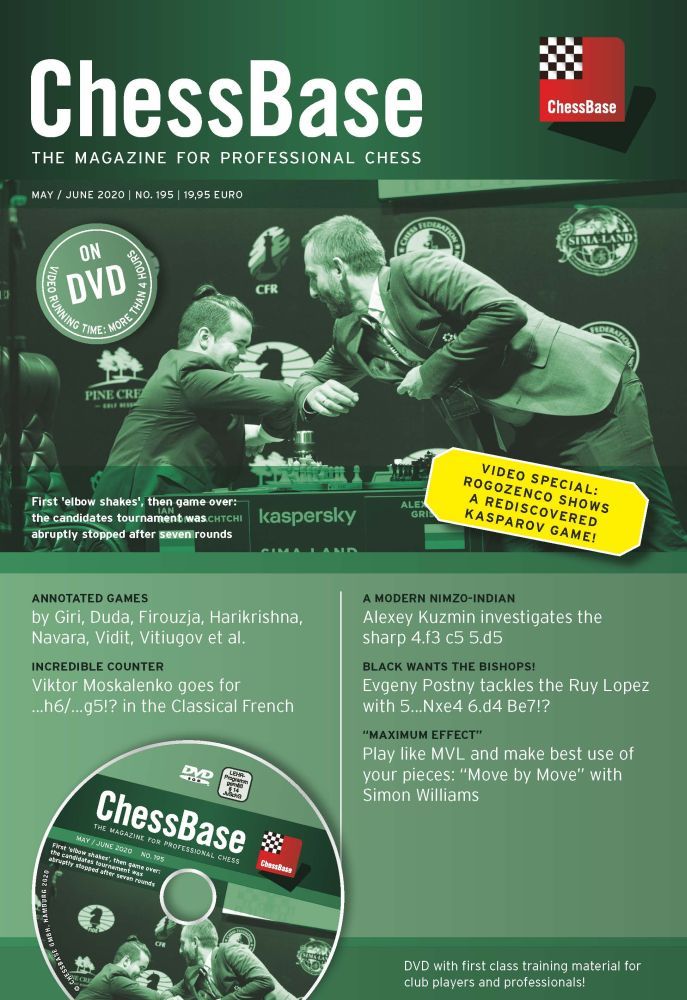 Anish Giri annotates his game vs. Grischuk from the candidates tournament

Viktor Moskalenko goes for …h6/…g5!? in the Classical French

"Very interesting from start to finish"

Play like MVL and make best use of your pieces: “Move by Move” with Simon Williams

Attacking in the middlegame - Mihail Marin shows you the way!

In Oliver Reeh's interactive tactics video, "The innocent h-pawn" proves to make all the difference

The Slav under pressure 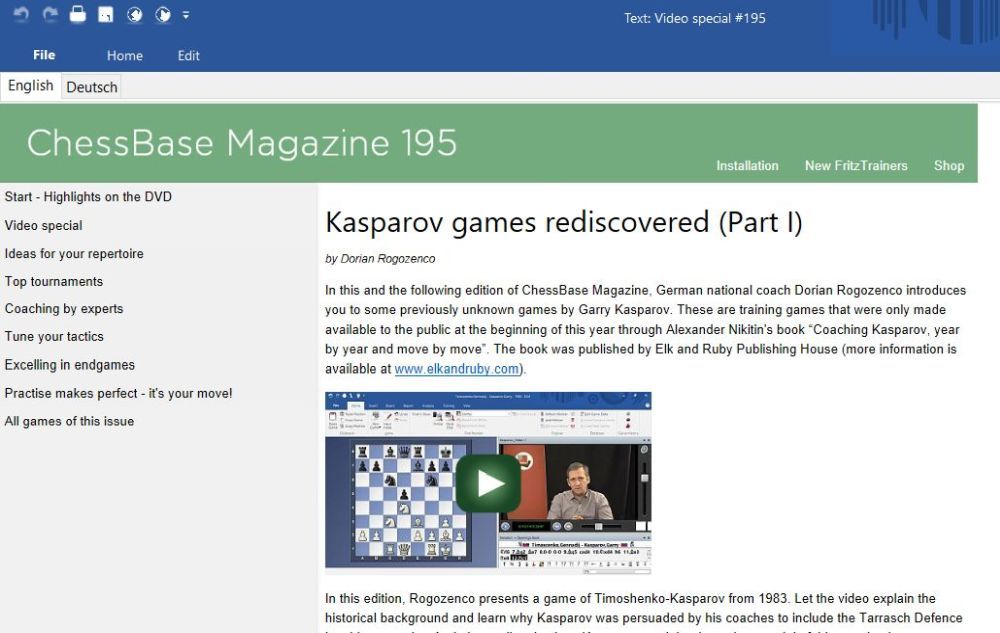 In this and the following edition, German national coach Dorian Rogozenco introduces you to previously unknown games by Garry Kasparov! These are training games that were only made available to the public at the beginning of this year through Alexander Nikitin's book “Coaching Kasparov, year by year and move by move”. For this edition, Rogozenco chose one game Timoshenko-Kasparov from 1983. 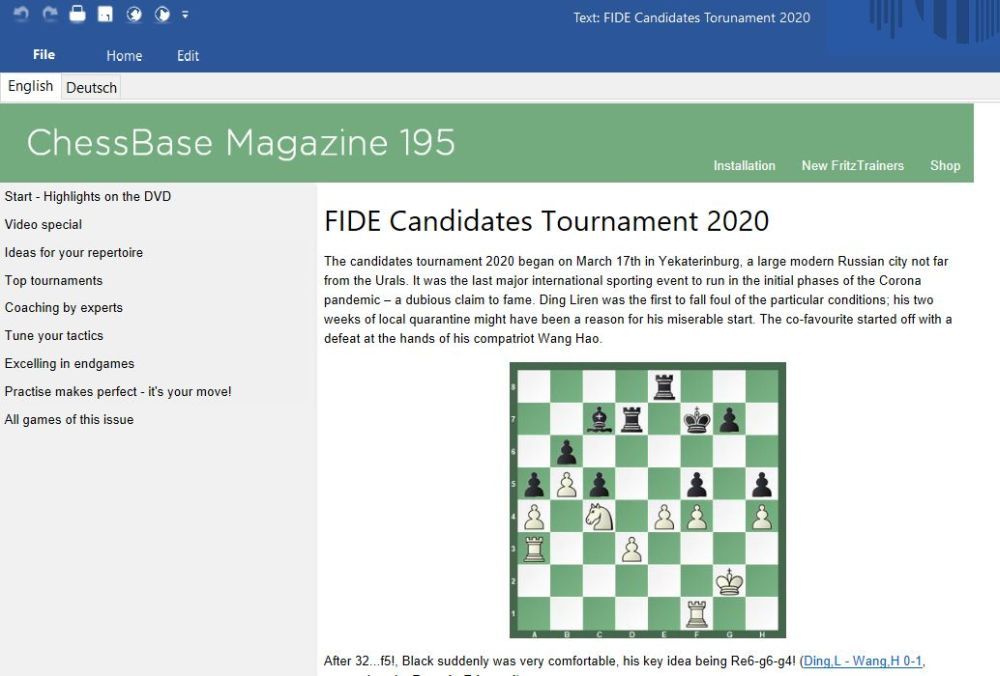 Anish Giri, Boris Gelfand, Romain Edouard etc. comment on the most important games from the FIDE Candidates 2020 (Part I). Alireza Firouzja, Vidit, Nikita Vitiugov, Jan-Krzyztof Duda and David Navara analyse their best games from Prague. Last but not least the winner of the FIDE Grand Prix (Women) in Lausanne, Nana Dzagnidze, analyses her games, and so do Aleksandra Goraychkina, Zhansaya Abdumalik, Ju Wenjun and Anna Muzychuk! 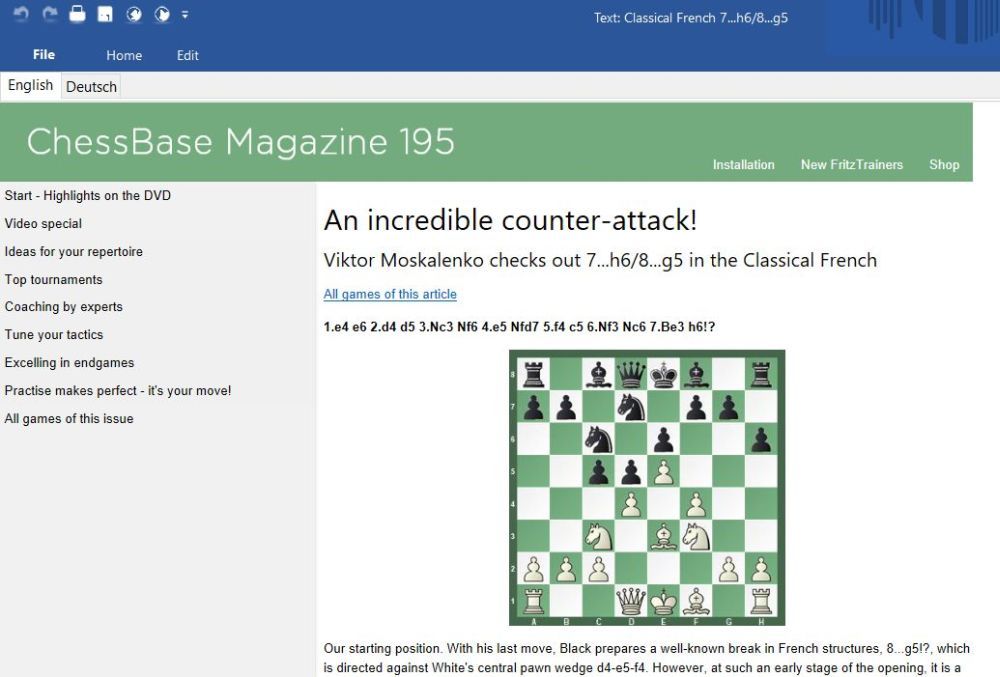 11 opening articles with new repertoire ideas are waiting for you!  In this issue you will find following contributions:

Yago Santiago: Pirc Defence with 6...b5

Imre Hera: Classical Caro-Kann with 7.Bc4 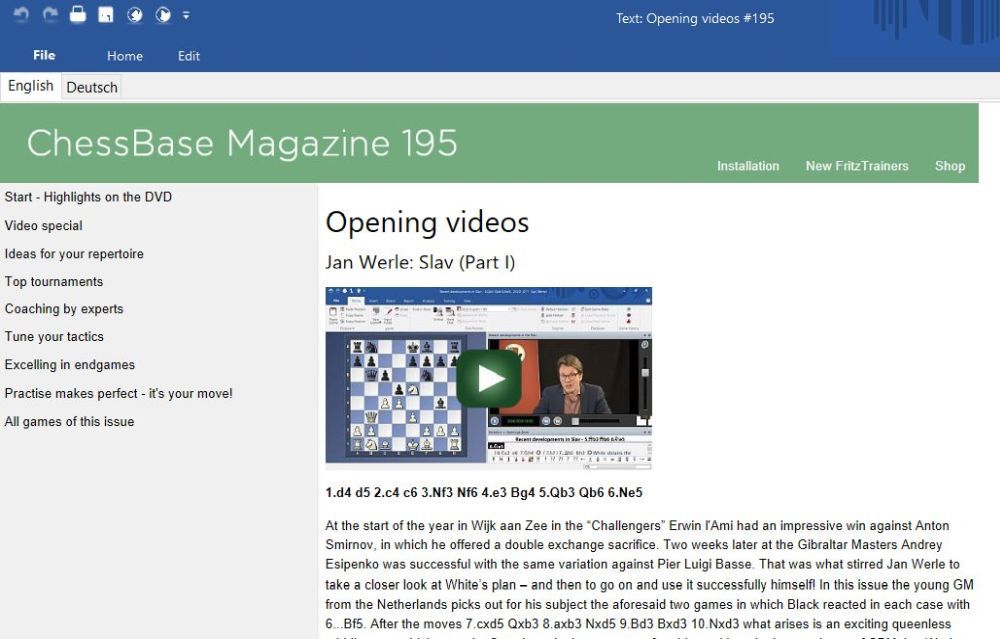 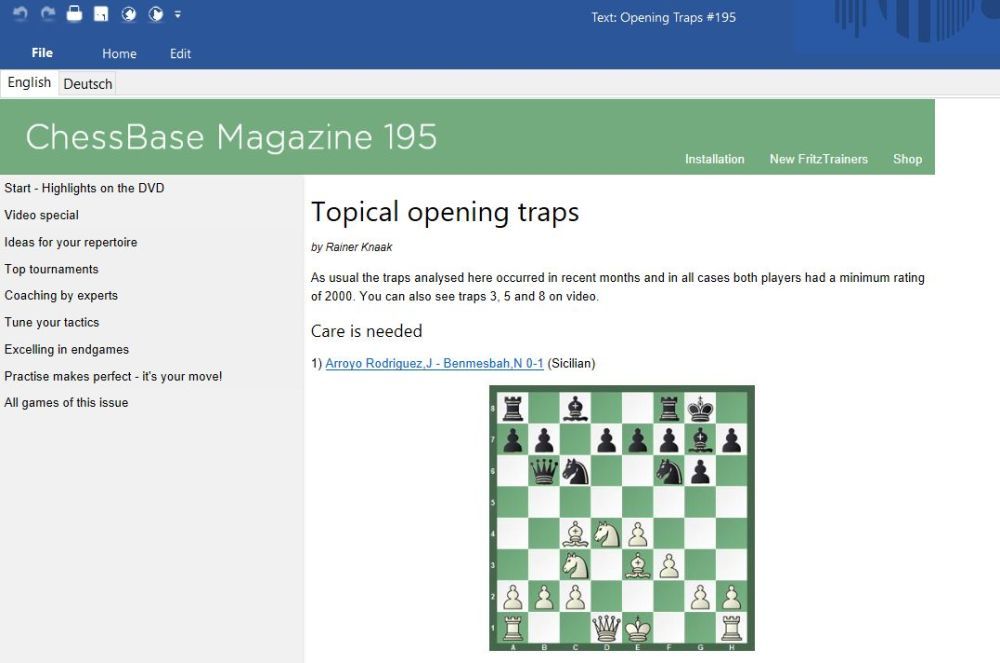 The most direct way to win a game is to lure the opponent into a prepared trap. Trap expert Rainer Knaak presents eight traps from current tournament practice, three of them in video format. 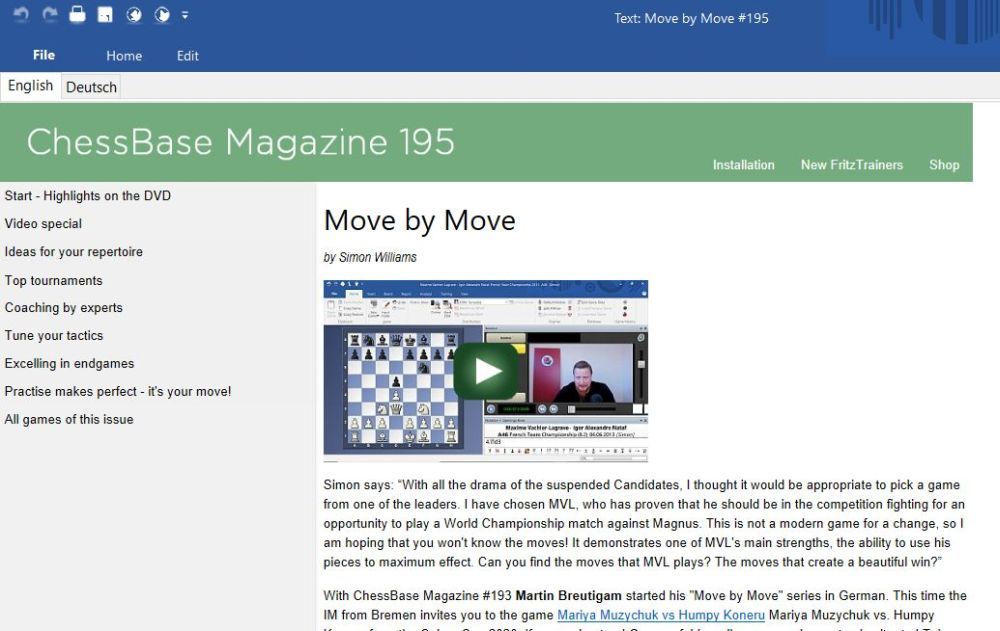 Simon Williams: “With all the drama of the suspended Candidates, I thought it would be appropriate to pick a game from one of the leaders. I have chosen MVL, who has proven that he should be in the competition fighting for an opportunity to play a World Championship match against Magnus. This is not a modern game for a change, so I am hoping that you won't know the moves! It demonstrates one of MVL's main strengths, the ability to use his pieces to maximum effect. Can you find the moves that MVL plays? The moves that create a beautiful win?” 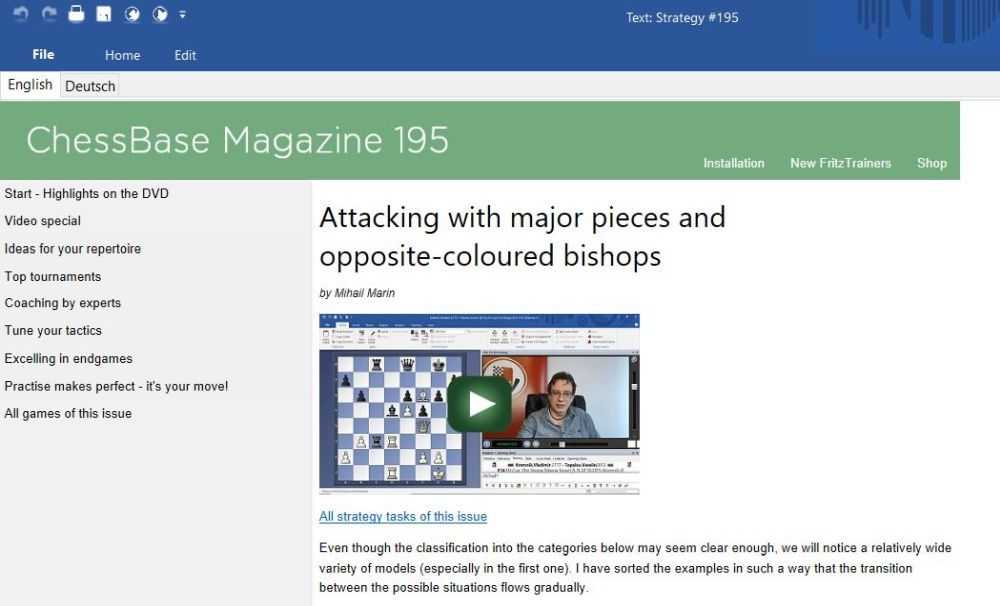 Bishops of opposite colours in combination with major pieces are an important strategic topic. Marin begins with the basics, which should be familiar to most club players, but quickly moves on to complex examples by masters. Including video introduction and lots of training tasks to solve! 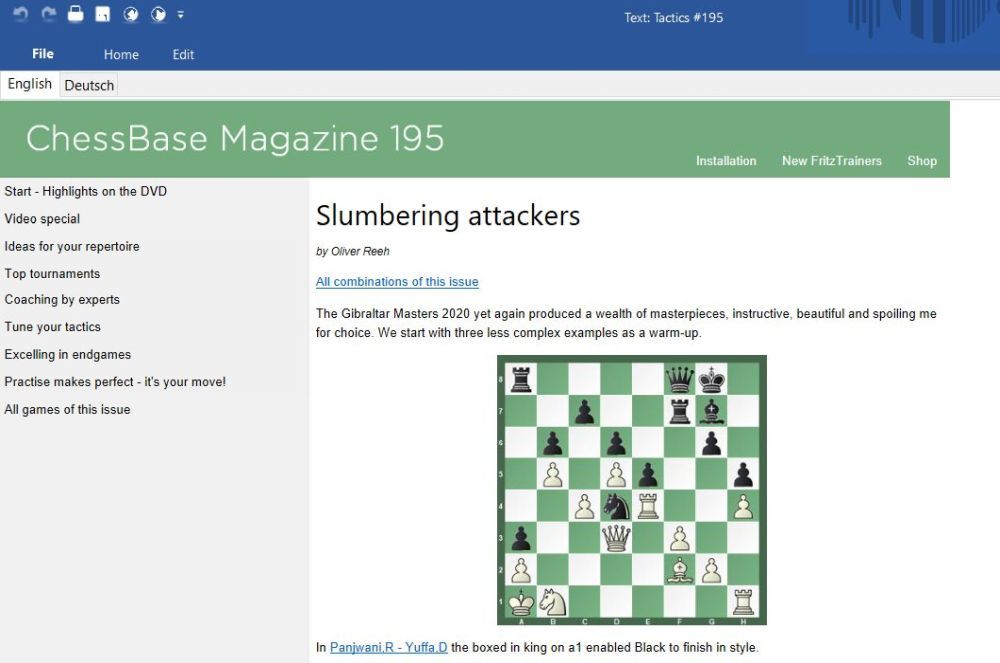 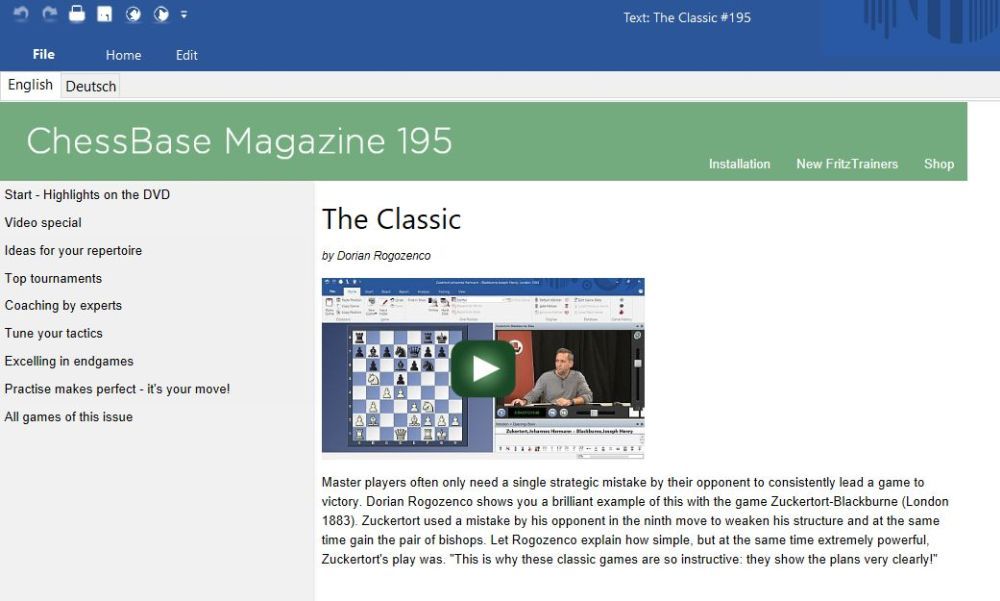 Master players often only need a single strategic mistake by their opponent to consistently lead a game to victory. Dorian Rogozenco shows you a brilliant example of this with the game Zuckertort-Blackburne (London 1883). "This is why these classic games are so instructive: they show the plans very clearly!" 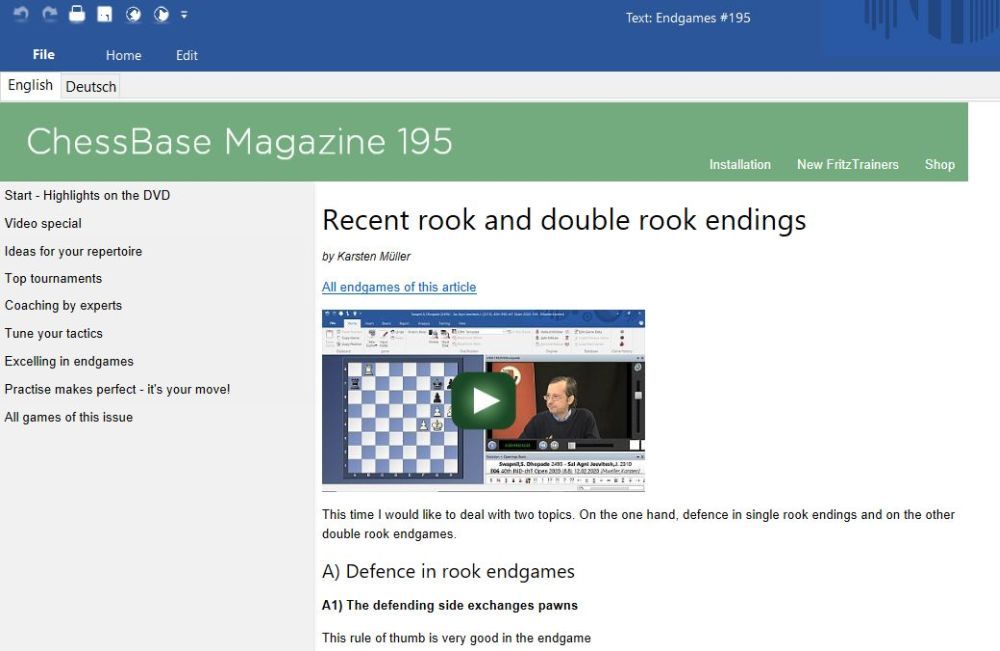