The French Defence is an opening with a marked strategic character, but it also offers rich tactical possibilities to both sides. This video course is aimed as a tactical guide for Black, featuring the most typical combinations for the French structures. The reader is also invited to find combinations delivered by White, in order to become aware of the possible dangers. Enrich your knowledge in the French Defence by learning from top Romanian GM and FIDE Trainer Mihail Marin. He explains everything meticulously which helps players of all levels and strengths to understand the ideas and reasoning with ease. Photo: ChessBase

For virtually all types of white combinations, the video course features symmetrical equivalents for Black, but also tests how Black can withstand the White aggression. 41 Games are presented with more than 100 questions to solve. Themes: Tactics involving the h7/2-. g7/2- and f7/2-pawn, the pawn break f4-f5, the counter move g7-g5. 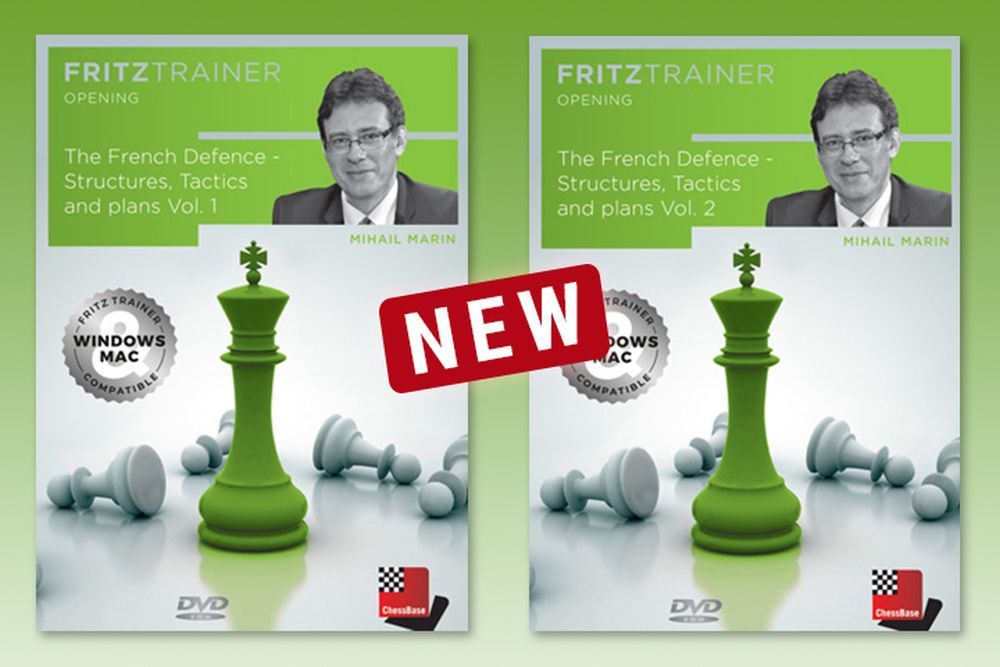 Born in 1965, GM Mihail Marin has several times been Romanian champion and first made the leap over the Elo barrier of 2600 in 2001. Marin possesses a rare gift for a grandmaster - he is able to explain in readily comprehensible terms the ideas behind moves, variations and positions. This ability is there for all to admire in his contributions to ChessBase Magazine. Marin has written some books which have earned the highest of praise, among which are "Secrets of Chess Defence" and "Learn from the legends". Marin lives in Bucharest and is married to Mariya Marin.