The Scotch Game (1.e4 e5 2.Nf3 Nc6 3.d4) is a great repertoire addition for any player looking for a solid yet active opening, which relies more on understanding rather than pure memorization. The popularity of the Scotch rose exponentially after Garry Kasparov employed it in the World Championship match against Anatoly Karpov in 1990, and the opening has stayed in style ever since. It is a good opening to learn if you play 1.e4. Even if you don't, it is always good to learn a sharp opening which can be used as a surprise when the time feels right to unleash it. WIM Svitlana Demchenko explains all about Scotch Game. Photo: ChessBase 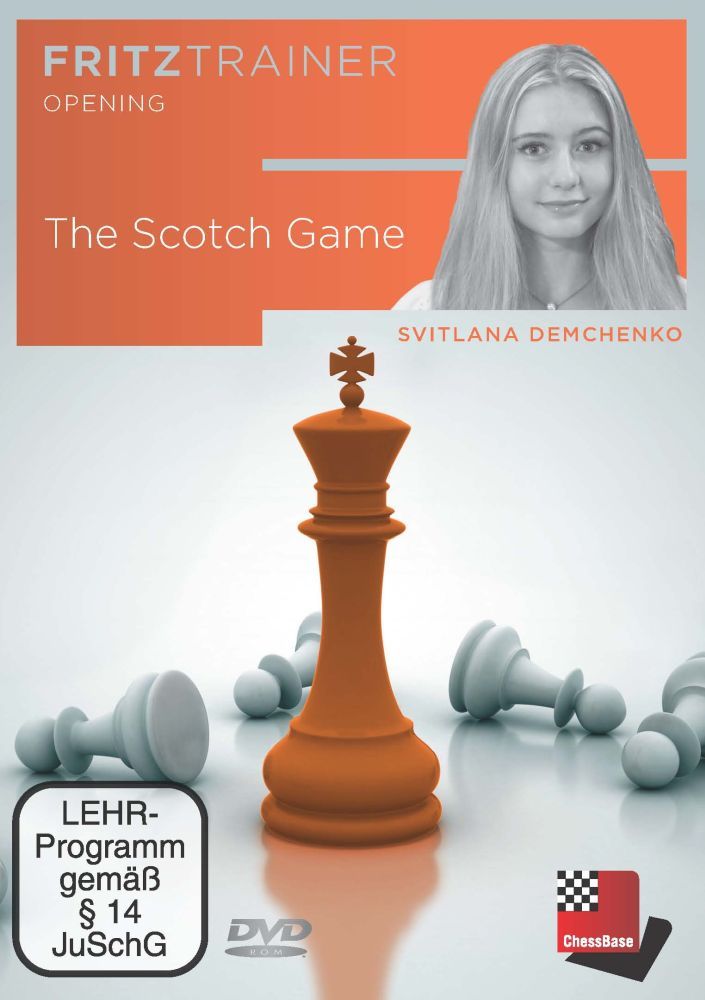 In modern times, the Scotch Game can sometimes be seen at top level from such players as Magnus Carlsen, Fabiano Caruana, Hikaru Nakamura, and Ian Nepomniachtchi, all having overwhelmingly positive scores with it. Besides in-depth theory and exciting tactical exercises in the Scotch Game, this video course also includes a bonus section on the Scotch Gambit (1.e4 e5 2.Nf3 Nc6 3.d4 cxd4 4.Bc4), a lively variation often leading to very dynamic positions.

WIM Svitlana Demchenko, born 2003, is a Ukrainianborn Canadian chess player. She was a multiple-time Canadian Girls Champion and a two-time North American Girls Champion in different age categories. Svitlana has been a member of the Canadian Women’s Olympiad Team since 2018, and has represented Canada at the Women’s World Cup