What did this 10-year-old play here-Solution!

Three days ago we published an article entitled "What did this 10-year-old play here?" It was a beautiful move executed by ChessBase India's expert annotator Arhan Anand in his game against Sara KR from under-15 All India rating tournament held in Mysore. We received a lot of answers. Those who found the move truly appreciated Arhan's capabilities as a chess player. An experienced IM from Odisha said, "Finding such moves over the board is not at all easy. Kudos to the young champion!" In this article we show you the solution to the problem and also treat you to the 10-year-old boy's in-depth analysis. We hope that you will enjoy it and be inspired to play such brilliancies in your games as well.

Welcome back everyone! Last time we gave you a position of Chess Junior Arhan Anand. The prize was one month worth of ChessBase Premium Account. Let us take a look at who the victor is of that prize! Before that here is, once more the critical position after g6, with White to play: 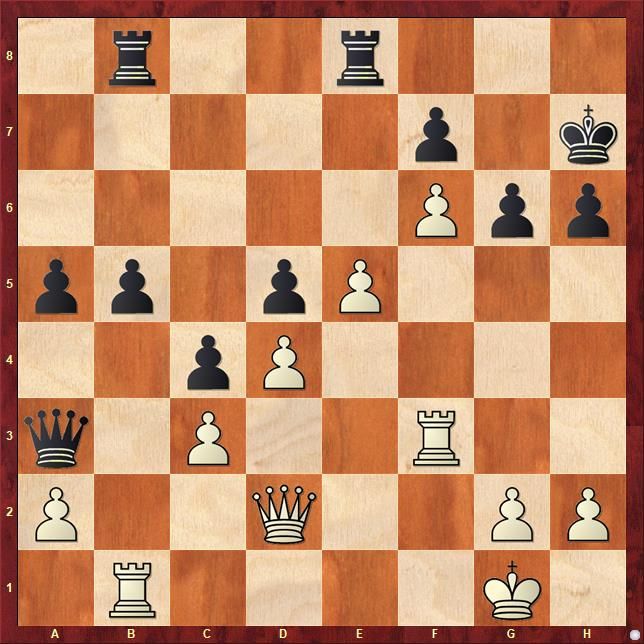 Are you all ready? Are you sure? Well, here goes... 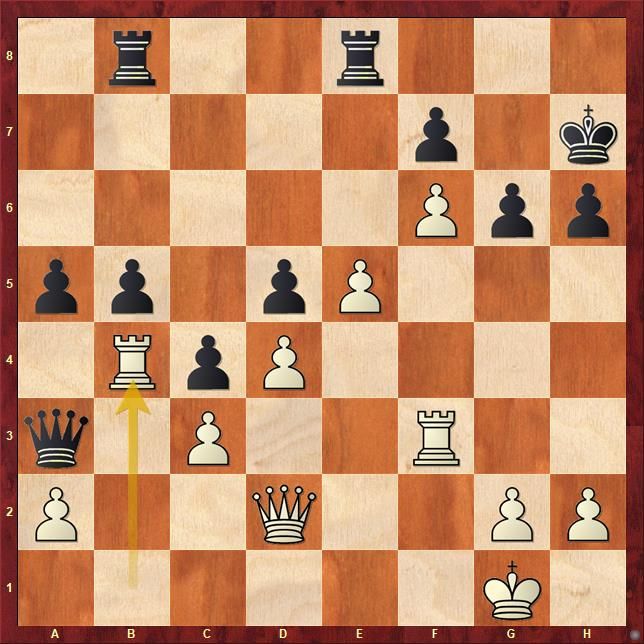 The move here is Rb4!! The idea is to prevent the Black queen from getting to the f8 square in time to stop White’s oncoming attack. If it gets there then White’s plans grind to a halt, thus the above move. If your move was Rh3, then you are unfortunately incorrect. However, give yourself a pat on the back because it is still the right idea! 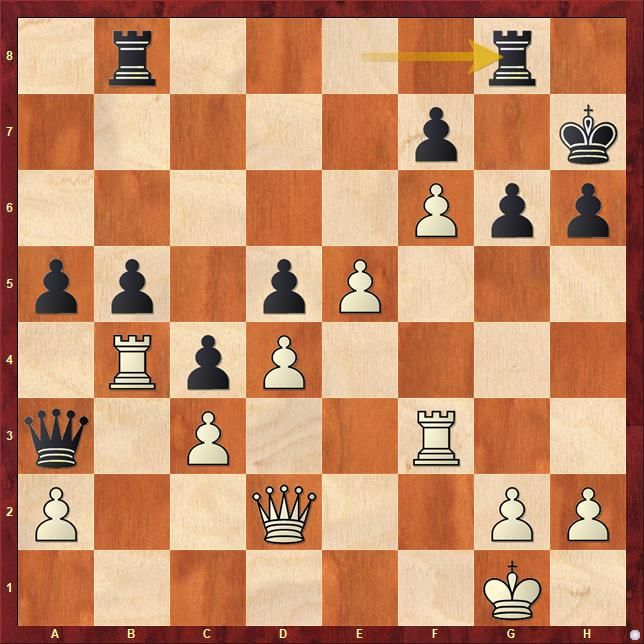 At this point, Black plays the final card, Rg8. Did you see it all the way to what happens next?

Here is the entire game annotated by 10-year-old Arhan Anand. Look at Arhan's wonderful annotations and be amazed by the kid's talent not just on the board, but also as an annotator.

We received many nice answers on social media - Facebook, Instagram and Twitter. However, the contest was only open to people who would comment on the article on ChessBase India website. We couldn't narrow it down to one winner and hence we have five people who have won the one month ChessBase Premium Account.

These are the winners and their answers:

1.Rb4!! a great sacrifice which stops the black Queen from reaching the important f8 square (at least for the moment) from where it will control the two key squares of g7 and h6. So now if black accepts the sacrifice, then there is 2.Rh3 and there are two moves for black which prevents him from losing his h6 pawn,which will be followed with a checkmate soon and they are: 2...g5 and h5. If 2...g5 then Qxg5 and the game will be ended soon. And in case of the latter, another rook sacrifice with Rxh5+ followed by the moves gxh5 and Qg5 and now the only way to prevent the checkmate on g7 is by playing Rg8 and now Qxh5 is mate.If the sacrifice on h5 is not accepted and black plays Kg8 , then Qh6 followed by mate on g7. And if black does not accept the first sacrifice on b4 by playing moves like g5 then there is Qc2+ followed by Rh3. And if h5, then Rh3. .

Rb4!! This fantastic move would have made Petrosian proud! A supreme example of Attacking Prophylaxis- White prevents Blacks only defence against an attack on his king-Qf8. If black takes the took, then Rh3 is curtains. If he doesn't , then His counterplay gets reduced to zero and White can checkmate at his will. I would kill to make a move like this in a game!!! Fantastic effort Arhan

Let's try to find out the weak square in black's camp.f7 and h6 is extremely weak black's king side is exposed to white rook so we may try to shift the rook on h3.But immediate Rh3 will lead to problem because queen will go to f8 in order to defend h6. So here Rh3 is not possible but the move Rb4 block the long a3-f8 diagonal.so now 1.Rb4 axb4 2.Rh3 attacking the h6 square 2....h5(2...g4 is a blunder Qxg4) now 3.Rxh5 he has to take with pawn gxh5 4.Qg5 now check mate is unavoidable.

Good job to all of you! You may write to us at chessbaseindiajuniors@gmail.com to claim your prize.

We hope that you enjoyed Arhan's game and that it will inspire you to play brilliant moves in your games as well. And when you do play them, do send them across to us at the above email address! 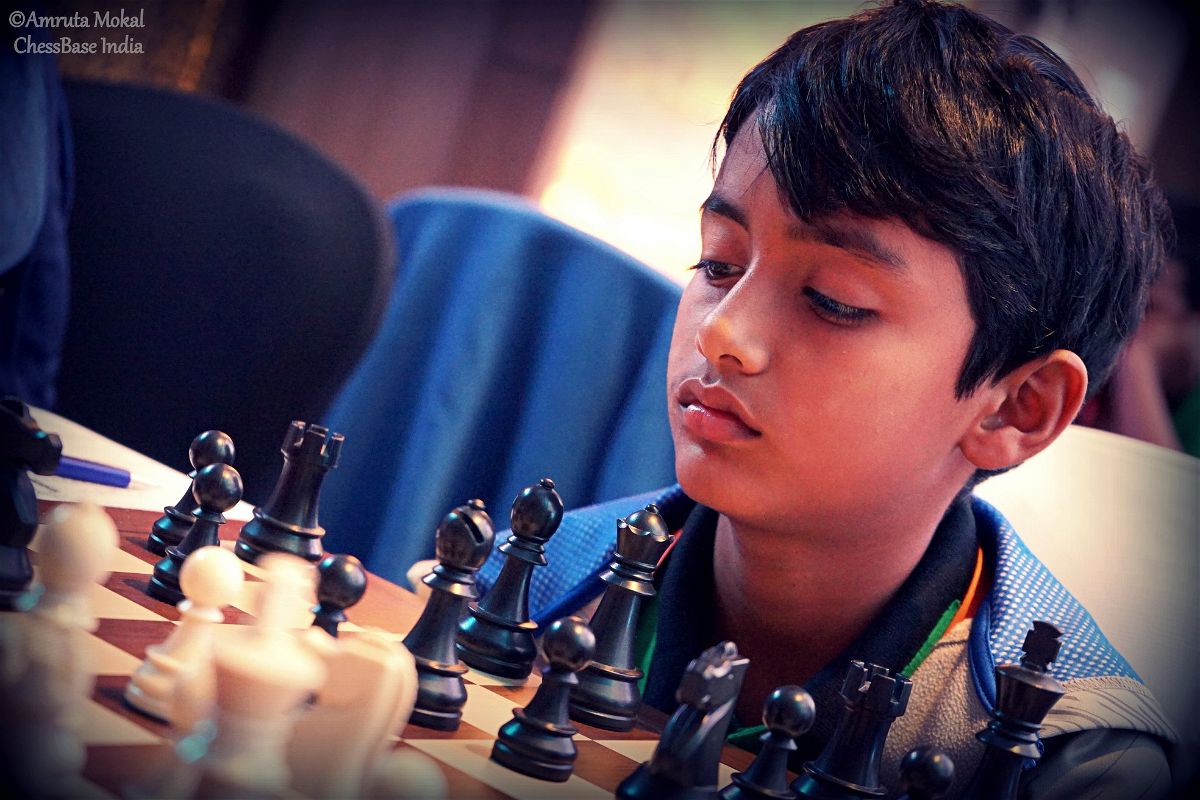 Arhan Chetan Anand is a passionate young chess player. He is a boy who eat, sleeps and breathes chess; he is a Fischer lover and has studied all of his 60 memorable games. He is also the Commonwealth U-10 gold medalist this year. Arhan is the expert annotator for ChessBase India Juniors.

Interview with Arhan Anand at Commonwealth 2018

What did this 10-year-old play here?