ChessBase Magazine is the most comprehensive and most sophisticated chess magazine there is. World class players analyze their brilliancies and explain the ideas behind the moves to you, opening specialists present the latest trends in opening theory and offer exciting ideas for your repertoire. Master trainers in the fields of tactics, strategy, and the endgame show you the tricks and techniques a successful tournament player needs! Digital DVD with several hours of video to learn and train. Top GMs like Duda, Edouard, Firouzja, Giri, Nielsen, Mihail Marin, Daniel King, Erwin l'Ami, Karsten Muller and many more. Photo: ChessBase

Highlights of this issue #199 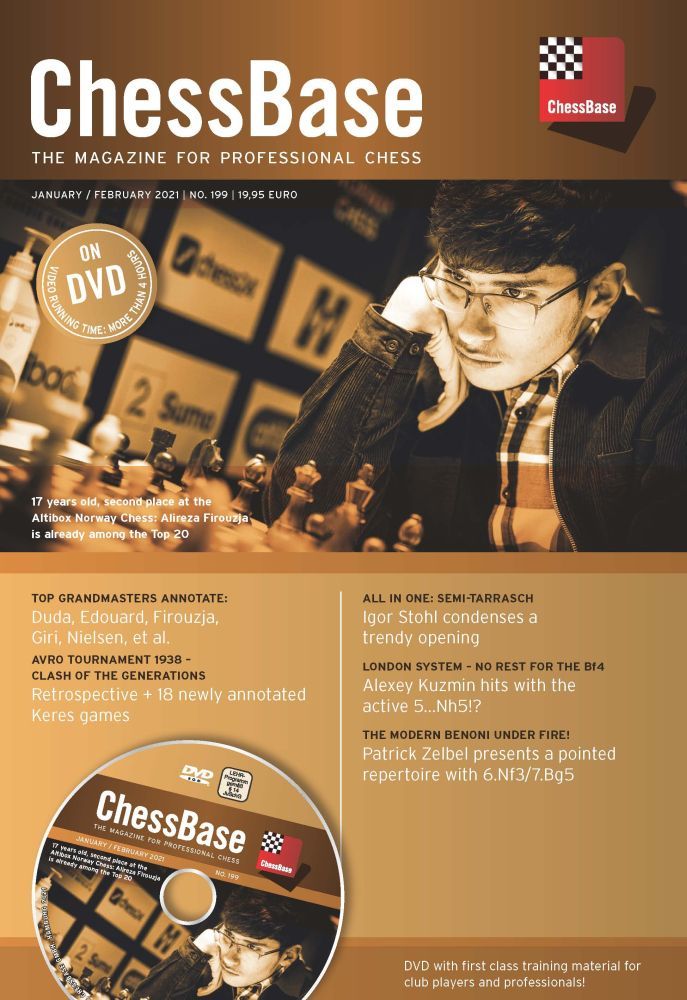 Jan-Krzysztof Duda elaborates on his victory over Magnus Carlsen

Move by move to total domination

Replay the game Alekhine vs. Capablanca (AVRO 1938) with Simon Williams

London System – no rest for the Bf4

Technique at its very best: good knight vs. bad bishop

The positional masterpiece Carlsen-Tari from Stavanger, explained in detail by Peter Heine Nielsen

Killing the Italian with the Moeller Attack!

Christian Braun pulls an ace from his sleeve 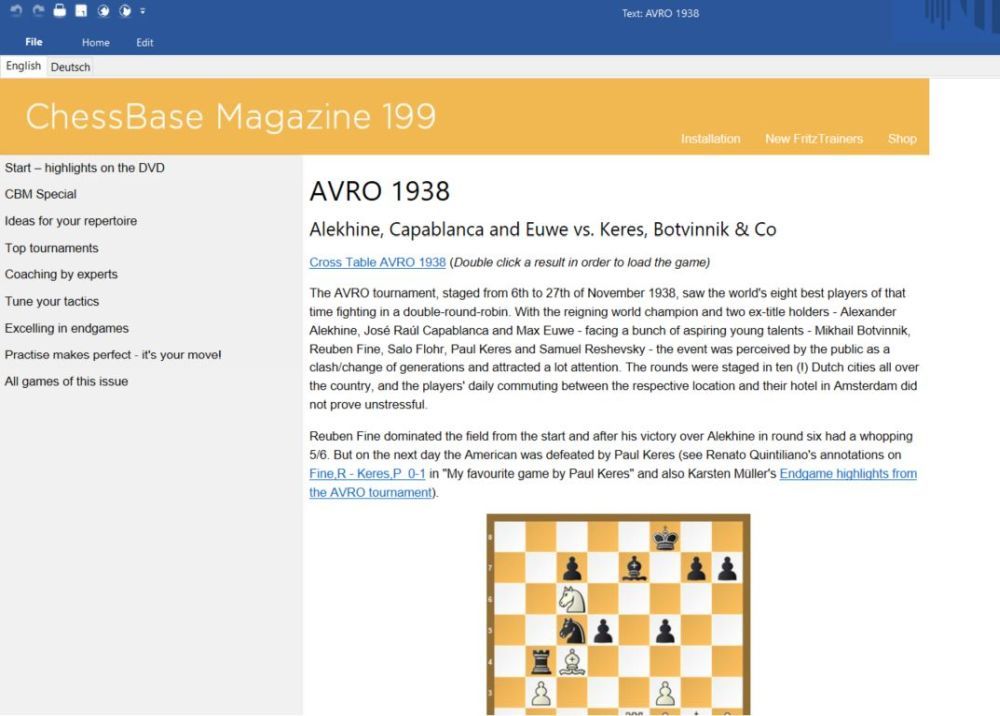 This classic tournament from the Netherlands constitutes the focal point for this issue. Our authors, in their various columns, put the games of Alekhine, Capablanca Euwe, Botvinnik, Fine, Flohr, Keres and Reshevsky under the microscope. 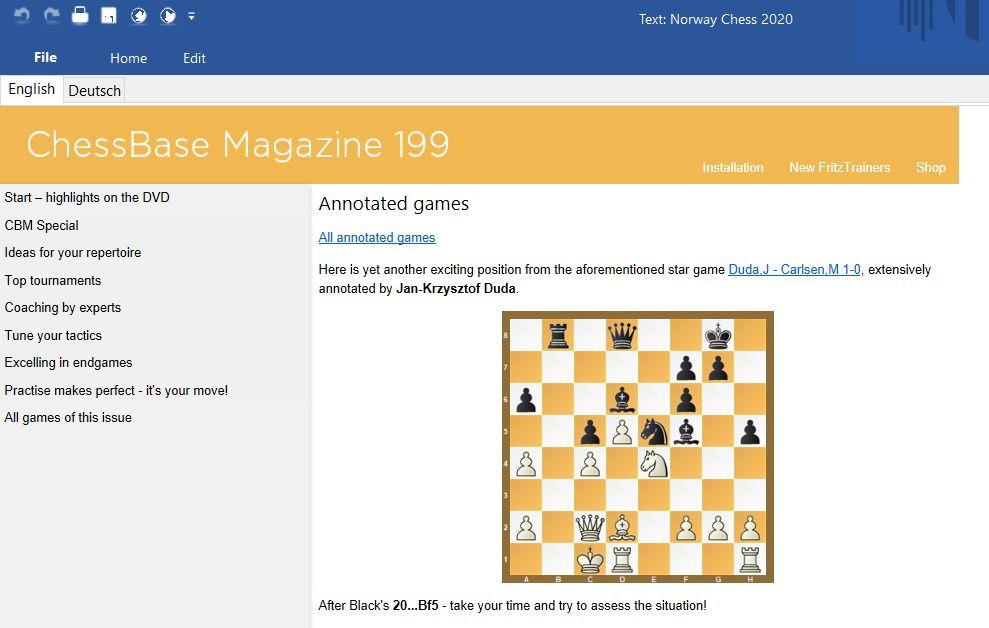 Magnus Carlsen’s run of 125 classical tournament games without defeat came to an end, but in Stavanger he was victorious, ahead of Firouzja and Aronian. Jan-Krzysztof Duda annotates his win against the world champion, Alireza Firouzja puts three of his games under the microscope. 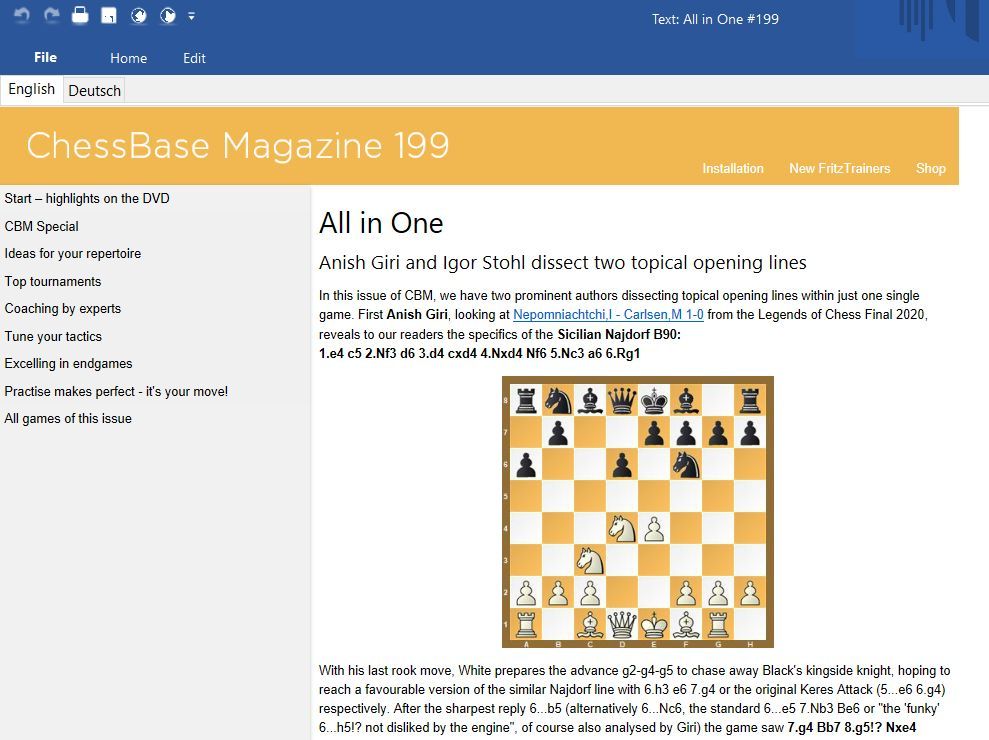 In this issue of CBM, we have two prominent authors dissecting topical opening lines: Anish Giri looks at the Sicilian Najdorf B90: 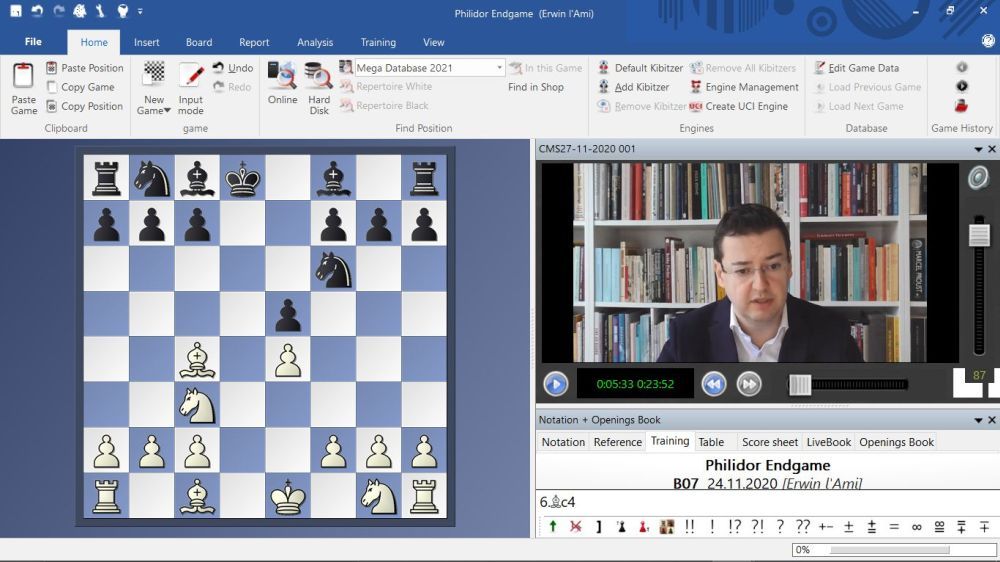 Erwin l'Ami shows why of late the Philidor endgame has become more attractive for White. Daniel King takes a close look at a new version of the Milner-Barry Gambit with which Carlsen was successful against Harikrishna. And Mihail Marin picks up an idea of Paul Keres in the Leningrad Variation with 7...Nc6. 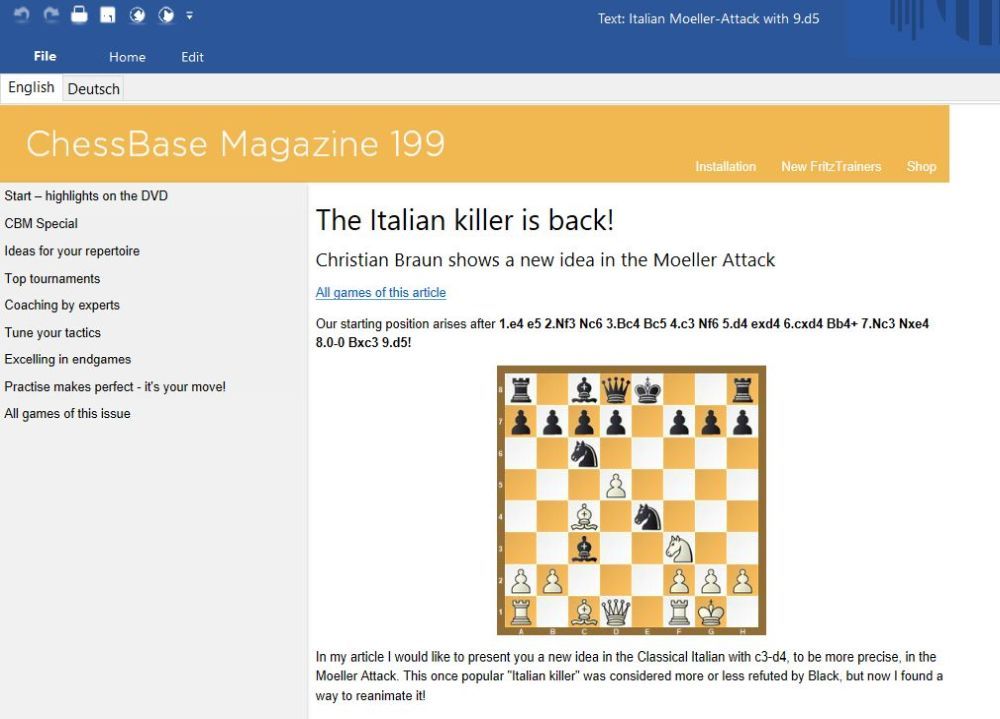 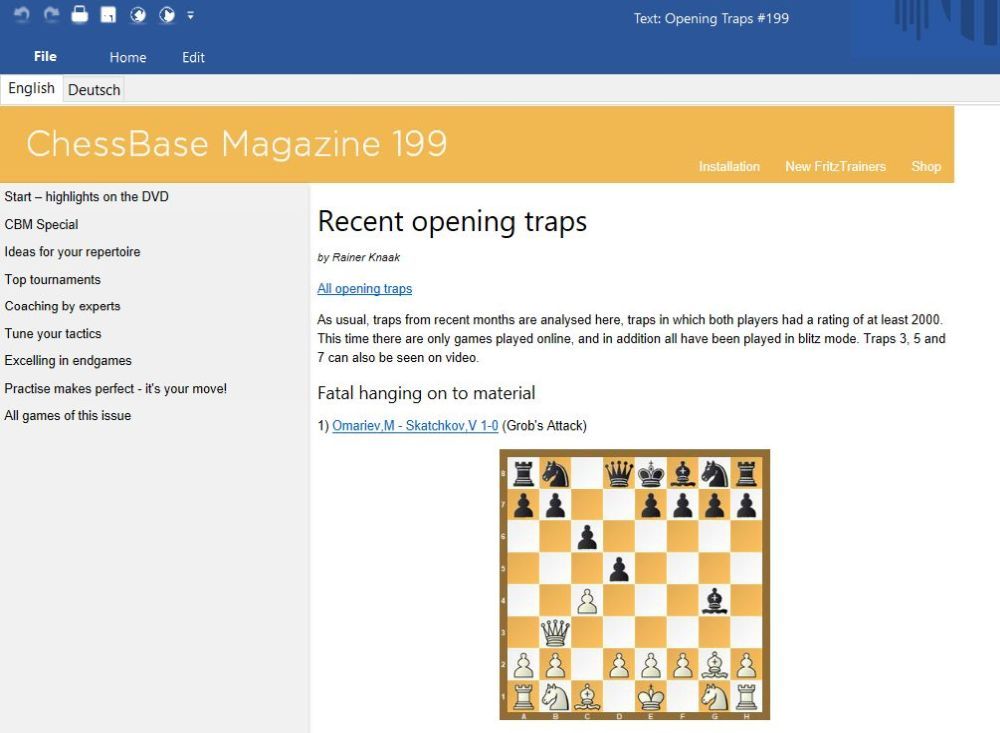 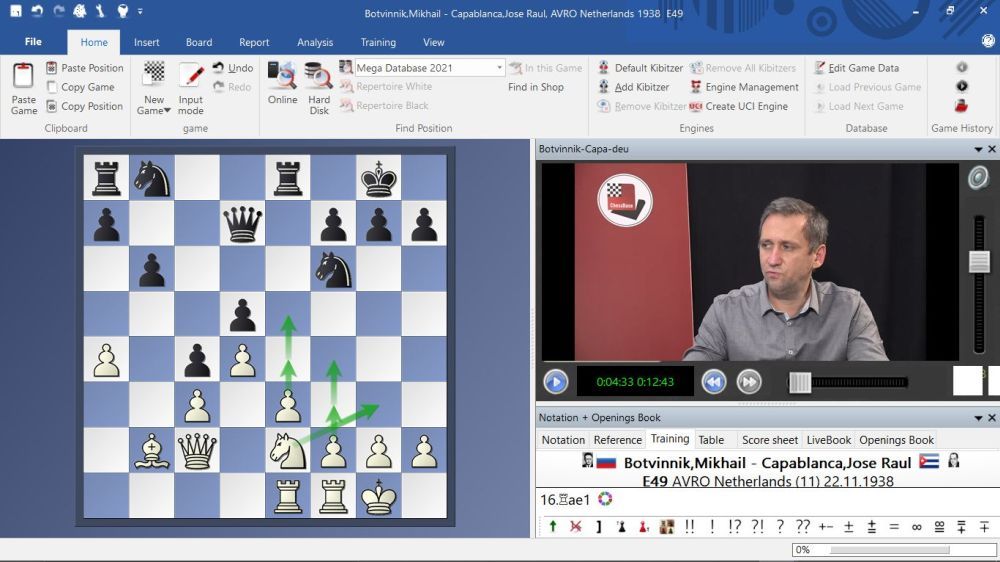 The trainer of the German national team is happy that this time he can demonstrate to you “one of the most classical games it exists": the game Botvinnik-Capablanca from the AVRO tournament of 1938 may well have become famous first and foremost for its finish. But Dorian Rogozenco explains that Botvinnik’s plan in the Rubinstein Variation of the Nimzo-Indian Defence is not only very instructive in itself but has long been elevated to the rank of a strategic classic: White does not develop his king’s knight to f3 but to e2, in order to prepare the advance of his pawns with f2-f3-f4 and e3-e4-e5. And in fact the pawn which had advanced to e7 was decisive in Botvinnik’s masterly combination at the end of the game! 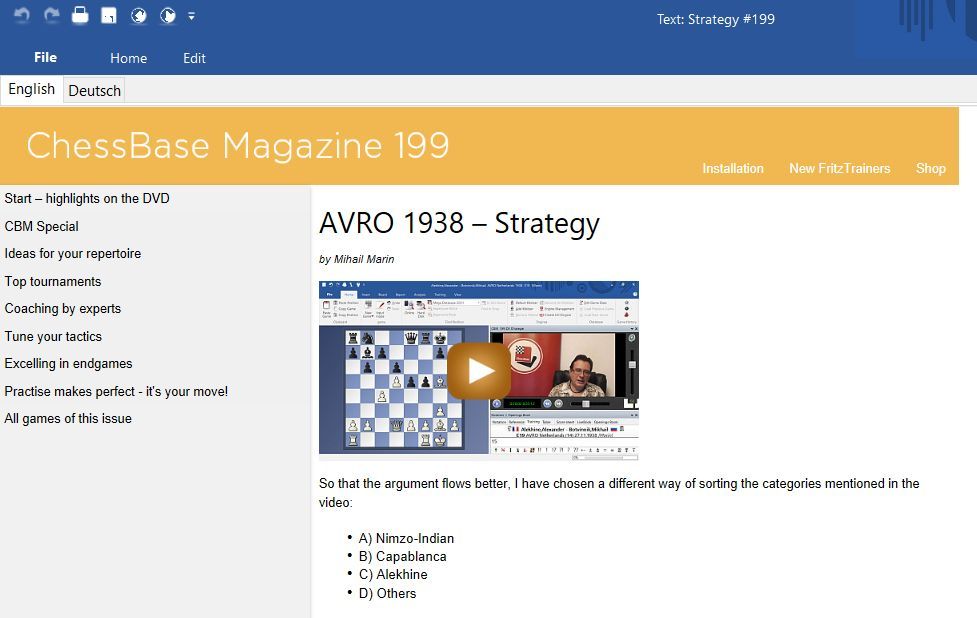 At the time of AVRO 1938 all the subtleties which accompany doubled pawn structures had not yet been recognised. With the help of your strategy expert, Mihail Marin, find the best moves which were overlooked by the finest connoisseurs of the day. Including several training tasks and an introductory video! At the time of the AVRO tournament in 1938 Alexander Alekhine was the reigning world champion. So, what could be more appropriate than to choose for our training a game of Alekhine’s from that tournament, and specifically his win against the predecessor from whom he had wrested the chess throne, Jose Raul Capablanca! Go through the game with Simon Williams. Play like Alekhine: seize the initiative on both sides of the board and with every move tie down the opponent’s options. All the way to total domination and the resignation of your opponent despite a full board! 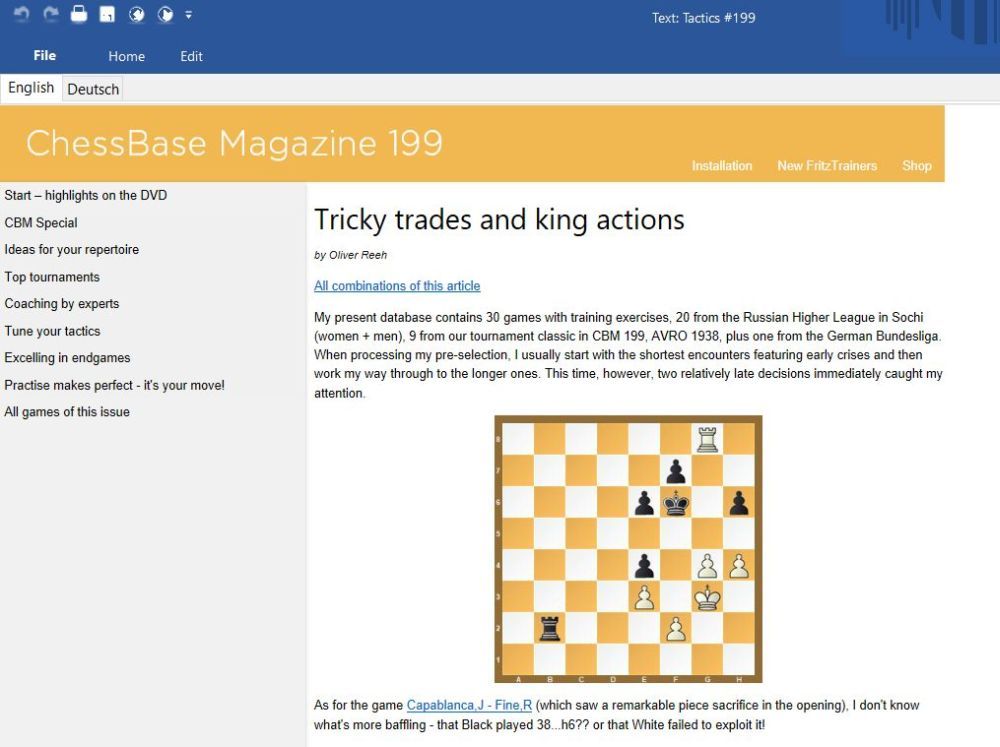 Oliver Reeh’s tactics article contains 30 games with training questions, 20 from the Russian Higher League in Sochi, 9 from AVRO 1938, plus one from the German Bundesliga. Oliver Reeh once again recorded his four favourite combinations in interactive video format. 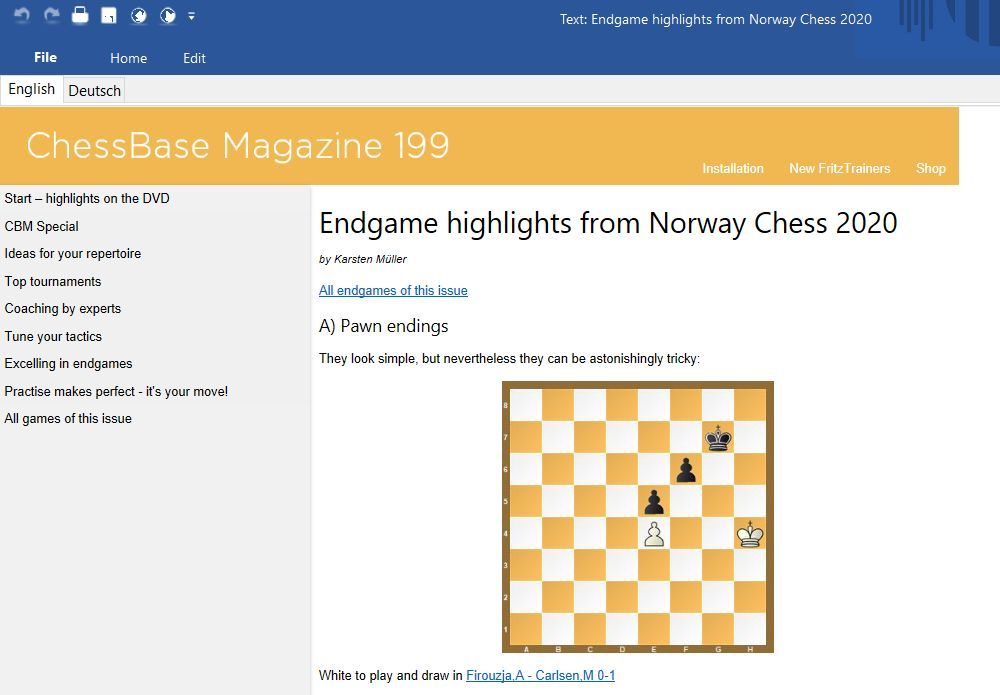 Karsten Müller has contributed four articles, with above all a collection of the high points of the AVRO tournament of 1938 and from Norway Chess 2020. Moreover, in "Recent pawn endings" the endgame expert from Hamburg presents several instructive examples.