Daily training to improve and keep us in shape has to be fun as well as intellectually enlightening. We need to keep up our interest in order to perform well in tournaments. Reviewer DAVIDE NASTASIO likes to do that by engaging with a variety of learning tools. This time he turns his training eye on the new ChessBase Magazine. CBM encompasses different training methods covering all areas, from theoretical opening articles, to tactical and endgame training with video feedback. CBM 187 is a great way to translate your training time into practical success. Here's an overview with examples.

I love books and magazines on paper but there's a problem on the horizon. A week ago my wife came into my office, and began the conversation with: "I don't want to start an argument...but you have a lot of chess books, shouldn't you sell some?" For those not married, ask a married friend to decipher this conversation. In a nutshell, she wanted me to get rid of my chess books and...it is not going to happen!

CBM 187 coverHowever, I must admit I receive a lot of magazines, they often occupy a huge amount of space, so I cleaned that part of the office. Before throwing them away (and throwing a piece of my hoarder heart with them!) I asked my friend Jeff if he wanted them. Jeff is married too, and for more years than me, and obviously he didn't fall for the trap I was setting (their marriage is safe!). 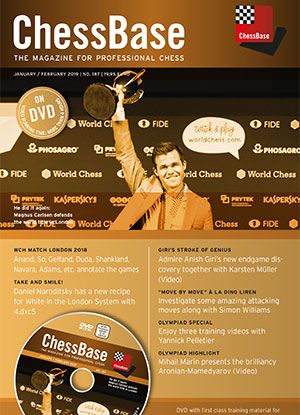 Now, I don't want to throw them away, but I couldn't keep them either. Unfortunately, I don't have time to scan them as PDFs. And yet, there is a magazine I truly love, because I have all the copies — from the day I first subscribed until today — on a special 200 GB Micro SD memory card. And my wife doesn't even know it! Yes, as you've surmised, I'm talking about ChessBase Magazine!

When the sheer volume of my growing CBM library gets too big for my Micro SD, I will simply switch to a bigger memory card to keep my CBMs safe, and out of reach of any well-meaning soul who suggests that I throw them away!

After revealing my daily ordeal (TMI?), let's come to review the latest edition of this great product — now with a new upgraded layout!

Ideas for your repertoire

The first thing I do when I get the new CBM is to go directly to the opening section called: "Ideas for your repertoire." I have a tournament every other weekend, so I use this section to review my openings, plan to update them or just to get new ideas to fight against the usual suspects I face. This basic opening repertoire maintenance is important for every tournament player.

One funny thing which has happened is the following: the first four articles of issue 187 were articles I was actually very interested in reading and learning from. There are a total of eleven theoretical articles, plus a section dedicated to opening traps and a collection of opening videos. The section on traps is based on eight positions, three of which are also presented in video form — if I understood well, the videos are part of a larger video series on opening traps which may be released in the future.

The section on Opening videos is made up of three videos, for a total of an hour on the French, the Ruy Lopez and the Reti 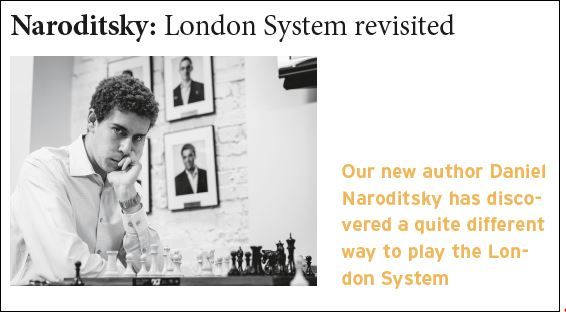 Returning to the theoretical articles, GM Naroditsky came out with an interesting idea for playing the London system. Practically if Black plays aggressively trying to immediately attack the centre with c7-c5, White will take on c5 and try to keep the pawn in a kind of reversed Queen's Gambit Accepted. The article is based on five extremely well-annotated games, which cover all possible Black replies — even sidelines. 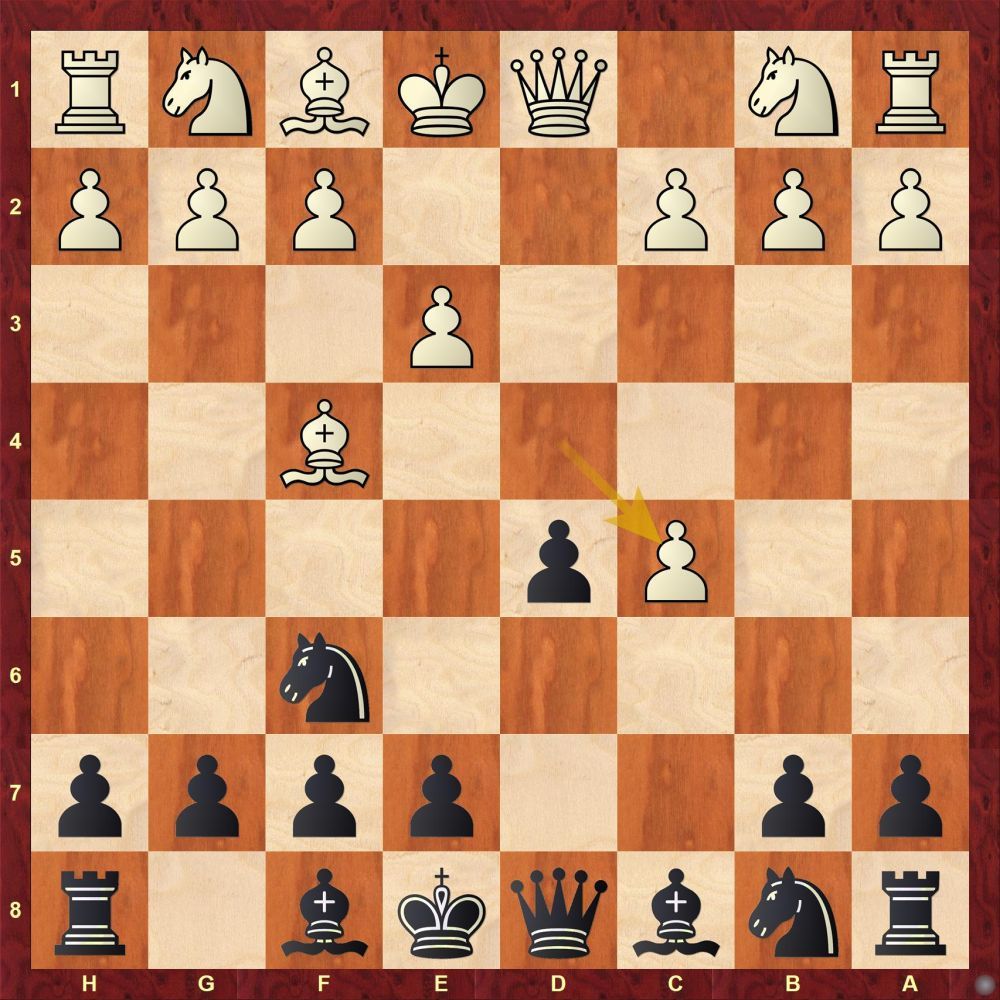 While I don't want to spoil the article, I'd like to share some interesting games I found thanks to my Mega Database 2019. The reason I share them is related to the fact that in the next two weeks I have a pair of tournaments, so I can give an example on how one can prepare thanks to the ChessBase's tools together with CBM. Practically speaking, the article is our guide, but then we must complete our preparation by seeing additional games, and playing the lines studied online or against Fritz.

It's no overstatement to say that thanks to ChessBase, my preparation — as an adult with limited time to use for studying chess — has never been easier.

The second article I studied was written by GM Igor Stohl, he explains how White can play against the reversed Sicilian: 1.c4 e5 without the need of playing a kingside fianchetto with g3 and Bg2. He gives a practical repertoire based on 1.c4 e5 2.Nc3 Nf6 3.Nf3 Nc6 4.e3 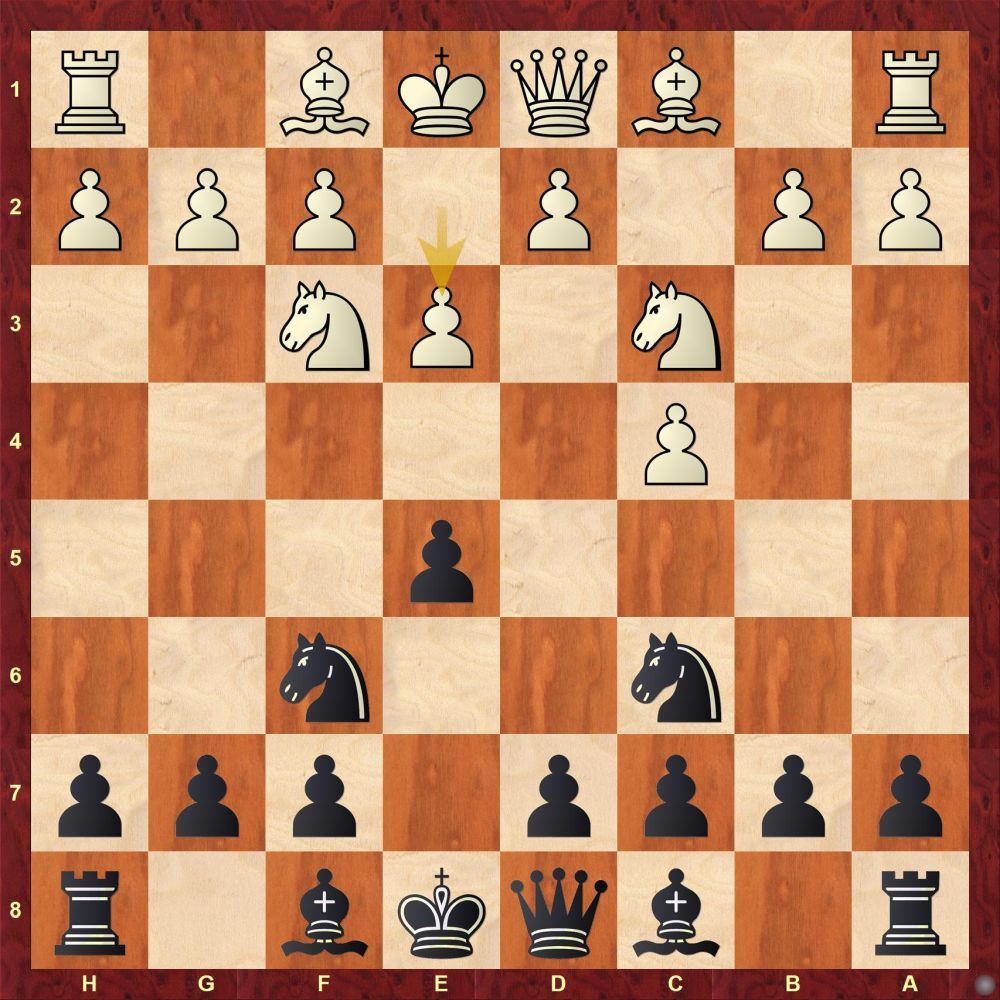 This article includes nine deeply annotated games, which would fill more than 50 pages if printed! Here's another advantage of not having the magazine on paper, it can go quite deep into the theory, without occupying half a bookshelf in the process!

Another important article, which I do recommend you study is by GM Evgeny Postny on the symmetrical English. His idea was to find a way to break the symmetry (when Black's copying White's moves) and consequently bring Black into a dark forest where he could get lost.

I began to learn the English because last year few books were devoted to it, and I was trying to find a weapon for White which would oblige the opponent to think instead of just following the published theory. However, while my results with 1.c4 e5 were good, I found it difficult to break down the wall of 1.c4 c5. One can imagine my happiness in finding this article! Many of the ideas in it are quite enlightening on precisely this topic.

New ideas on the Symmetrical English 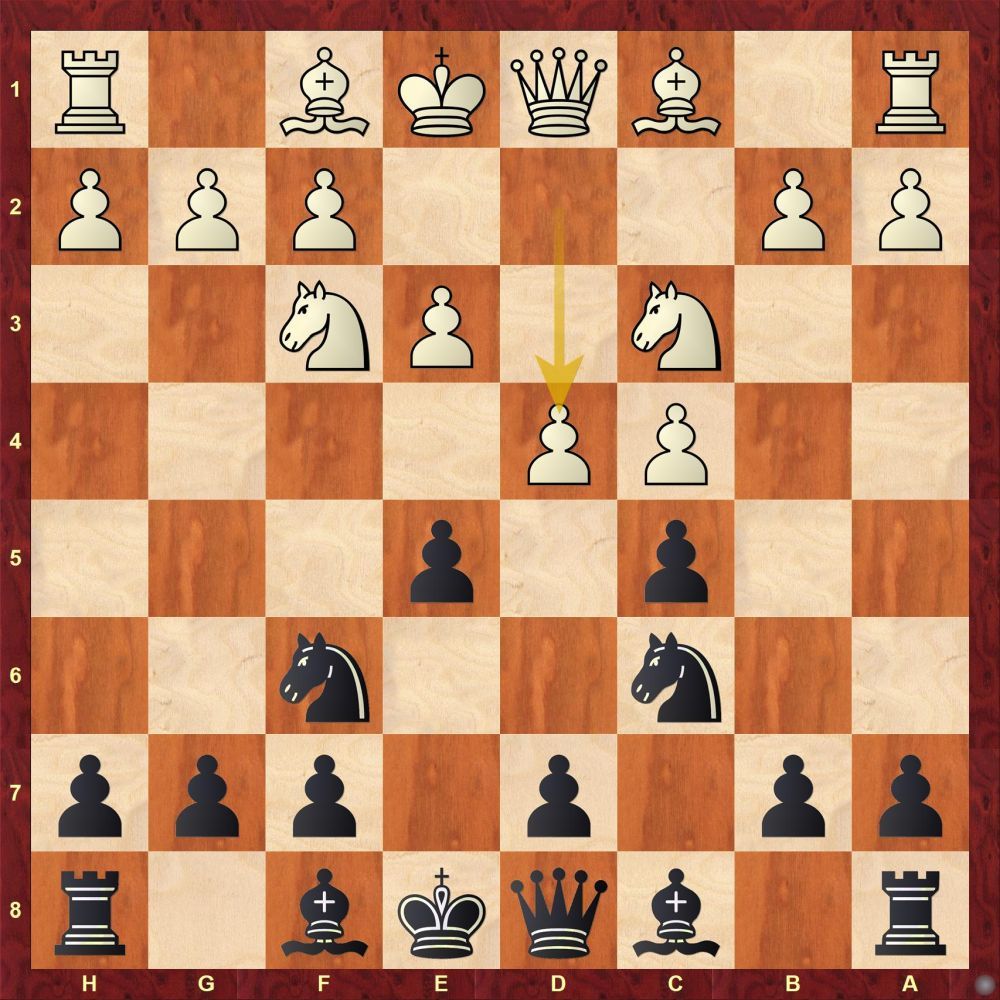 It is based on ten games and, as mentioned before, they are well annotated. Here is just one of the games from the article to show the level of annotation:

If I were an average player, following chess rarely, I think the amount of information presented in an issue of CBM could last me for a year! The section on top tournaments includes the World Championship in London, with all the games annotated by players among the world — like of Anand, Gelfand, Adams, etc. to take turns commenting the games.

Then there is a section dedicated to the Chess Olympiad in Batumi, the Chess.com Isle of Man Open and the European Club Cup.

The tournaments have the entire collection of games played, and the crosstables with results.

After checking the theoretical opening articles there are two videos from regular contributors that I never miss. One is by GM Simon Williams who's series Move by Move, explains games, pausing at critical moments to ask the viewer to find the correct continuation while giving feedback if one misses the right move.

The other by GM Dorian Rogozenco is also interesting. Rogozenco analyzes a game, generally one played a long time ago — in this issue, it was Steinitz vs Sellmann played over 100 years ago. CBM 187 is worth its price just for these two videos! I love the coaching by Williams, while learning more about classical games from Rogozenco is also great fun.

The "Tune your tactics" section is based on nine games, in which a position is chosen by IM Oliver Reeh, the tactical expert at ChessBase, who is now also co-editor of CBM. When one clicks on the game a new screen opens like the following, and one has about 7 minutes to find the right move or series of moves.

In the "Tune your tactics" section there is also a trio of videos made by IM Reeh, quizzing you to find the right moves, with feedback.

ChessBase Magazine comes in two forms, one which is downloadable, with a PDF of the booklet, and one in actual paper and disk form. The paper one comes with some positions where one must find the right combination. In the "Tune your tactics" section there are also the solutions and the explanation. Here's an example of a position found inside the printed booklet: And here is an example of how they look in the printed booklet: 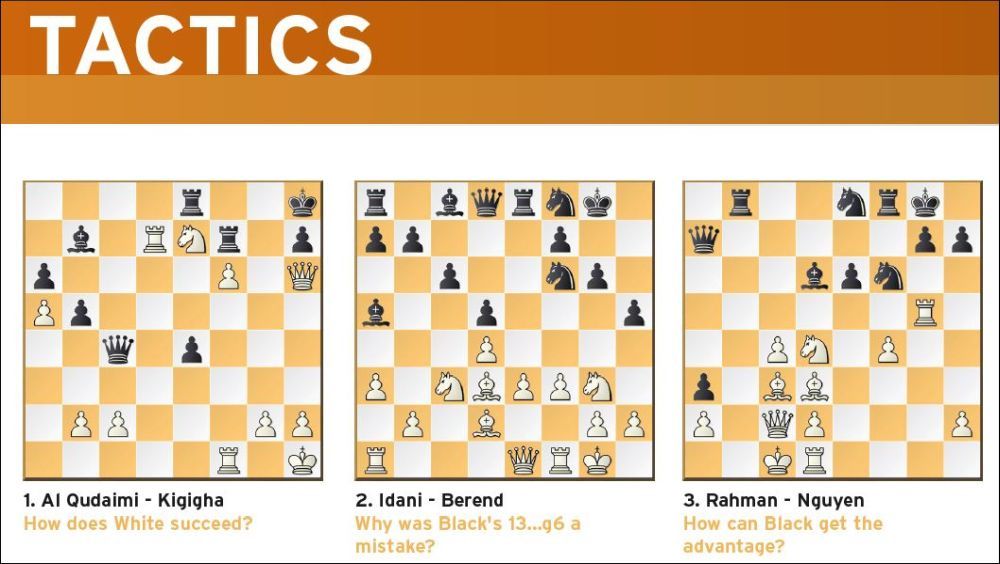 In the above mentioned tactical section, we can find a part which is based on games. When a game is opened it immediately enters training mode, asking a question based on a move. This type of training is more interesting than just solving tactics online because it obliges a player to use the same thinking patterns we use during a tournament game.

By the way, they don't neglect training in the endgame too! In fact, there are two whole sections dedicated to it: one on the endgames from the Olympiad (14 endgames plus 9 positions one can find in the booklet), and one of endgame videos (four of them) in which GM Karsten Mueller tests the viewer!

This is an example of a position coming from the endgame section, which can be also found inside the CBM booklet:

How did White cash in his advantage? 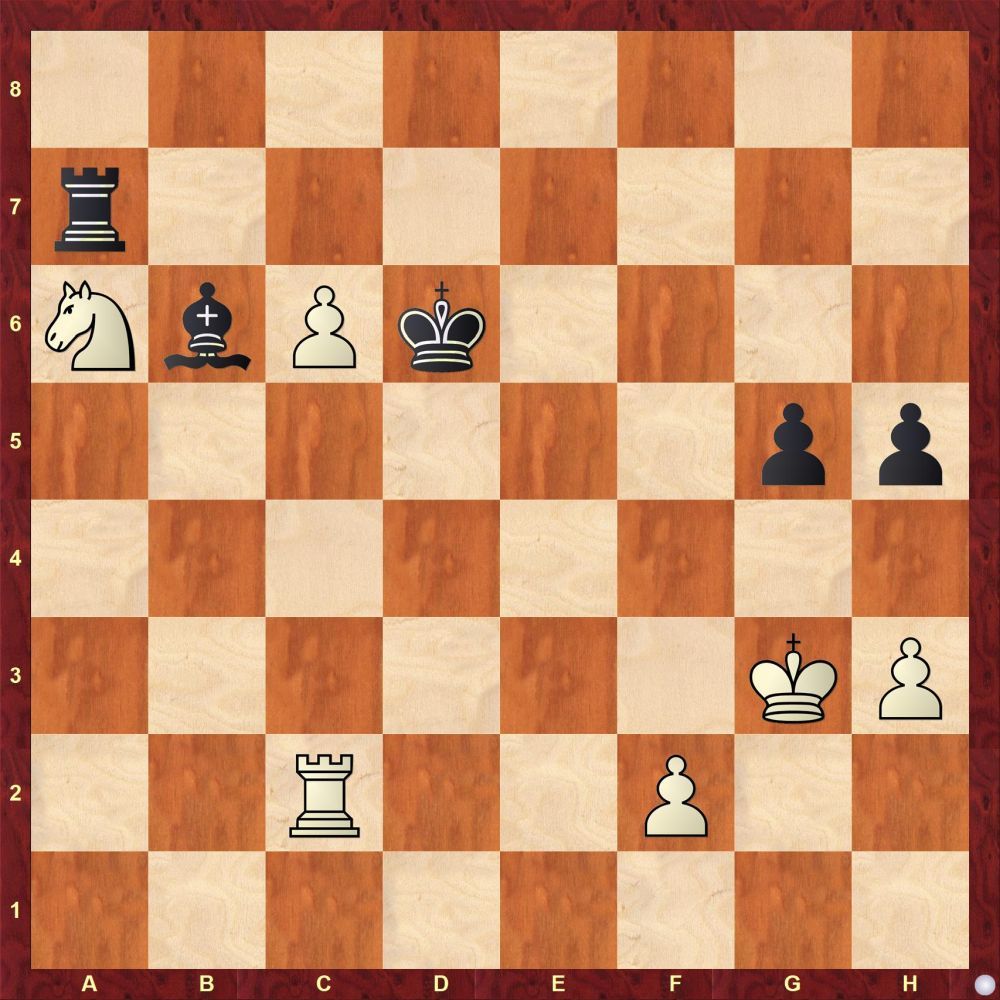 Here you can see how the endgame positions are presented in the booklet (remember there's also a PDF for those downloaders who, like me, prefer to CBM digitally instead of having a physical copy!): 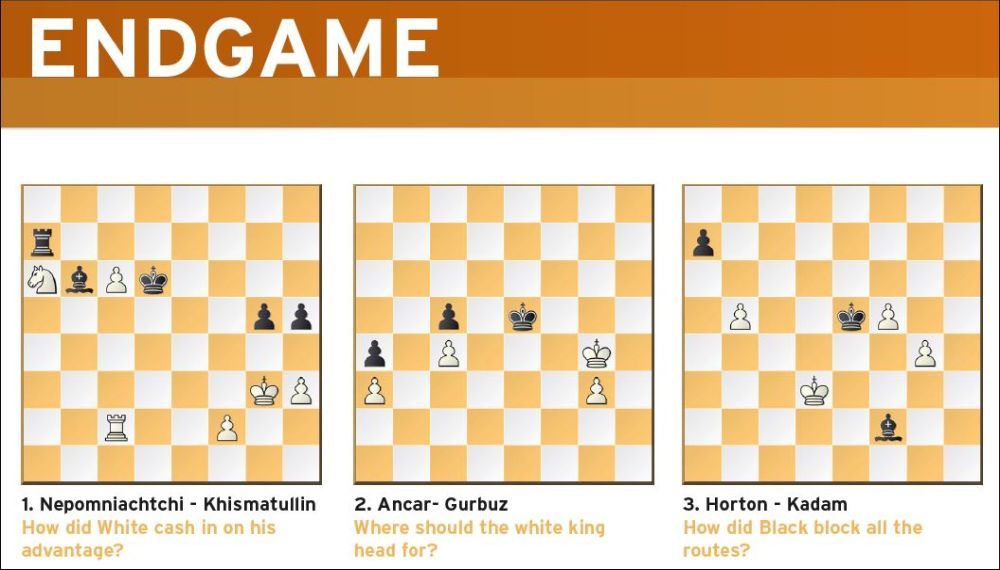 The booklet in PDF format also mentions some news, like the fact that GM Christian Bauer is making a video series on 1.e4 Nc6!?. 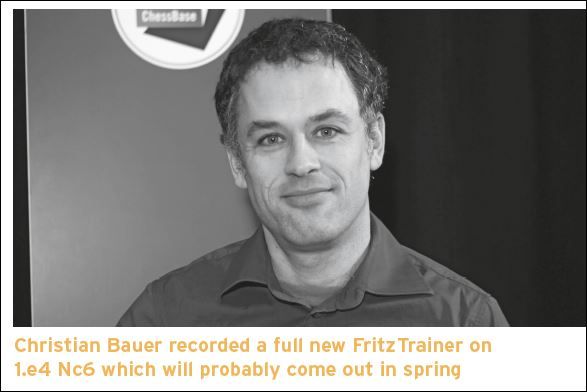 Changing of the guard

This new issue (number 187) is also important for a change in editorial staff. Dr. Steffen Giehring and IM Oliver Reeh are now responsible for editing the magazine now that GM Rainer Knaak has retired after decades of service. I wish them all the best in continuing to give us such good quality and thank them for the huge amount of material.

Indeed, I believe there is arguably too much material in one issue, compared to what a common amateur can actually absorb. The quality of the articles is quite high. Honestly, I cannot even write a complete review of everything one will find inside just this issue of CBM! In a world where people lose interest and focus after 170 characters, pat yourself on the back if you got this far — I could write ten pages for all the material one will find (but don't worry I won't!).

When I finished my medical nursing degree one advice we all received was to subscribe to a magazine in our professional sector, because it would help us to keep updated with laws and practices. I believe CBM is serving the same fundamental function for the improvement of chess players. Through the many different sections created by professionals, a player can receive an all-around chess education be it the endgame, tactics, or the good-old "guess the move" videos, and get feedback along the way. The opening articles are important because one doesn't have to look for the information alone and instead work efficiently, just focusing on what a titled player recommends in terms of the latest novelties and ideas. Thanks to the integration of ChessBase products, like Fritz, one can play the lines found in the magazine against the engine, and discover potential problems, before they materialize at the board in one's next tournament. I know I will!