There was no doubt about Carlsen ending his championship drought which started when he turned 30 years of age. Every time we all wondered that it might be this tournament, turns out New in Chess Classic is that tournament where Carlsen ended his curse. With this win Carlsen jumped to the top of the tour standings of Meltwater Champions Chess Tour. Nakamura made a perfect start by winning the first game in the second set of the finals but of course that was not going to be enough as he had to win the second set. Unfortunately for him, he only managed to tie the set 2-2 and had to settle for the runner-up position. Mamedyarov beat Aronian 2.5-0.5 in the second set to secure the third position. The next event of Meltwater Champions Chess Tour which is a Major event starts this month on Sunday 23rd May 2021. Photo: Champions Chess Tour

The last time Magnus Carlsen won a tournament was days before his 30th birthday - Altibox Norway Chess 2020. Since then he was yet to win a serious top level tournament, be it online or over-the-board. Some people called it a 'curse', others a 'jinx', be whatever it may, Carlsen ended it on 2nd May 2021, within a week after Nepomniachtchi became the 'Challenger' for the world championship. It was not that Nakamura did not stood a chance against Carlsen as he started with a win, got a good position in the second game too but once again he could not make the most out of his opportunity, thus the Blitz no.1 in the world had to be content with the runner-up position. 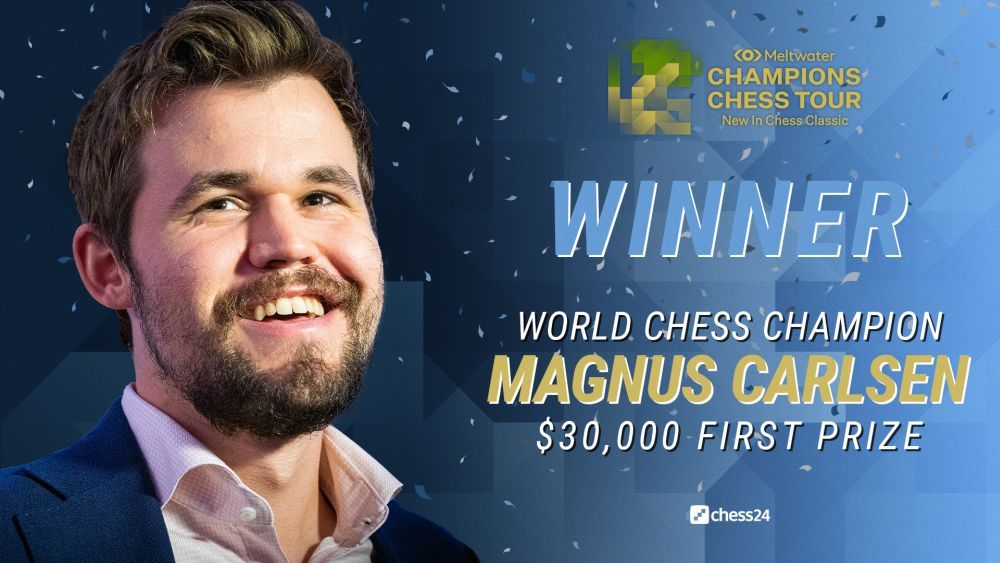 Carlsen after winning the tournament, "I am really really relieved. I sort of felt that yesterday I had gotten away with one but I knew it would still be difficult today. I don't think any of us played a particularly good match but I don't care about that right now. I am just so happy to have won one of these tournaments. It feels really really good."

In a must-win set, Nakamura got an early advantage in the first game. 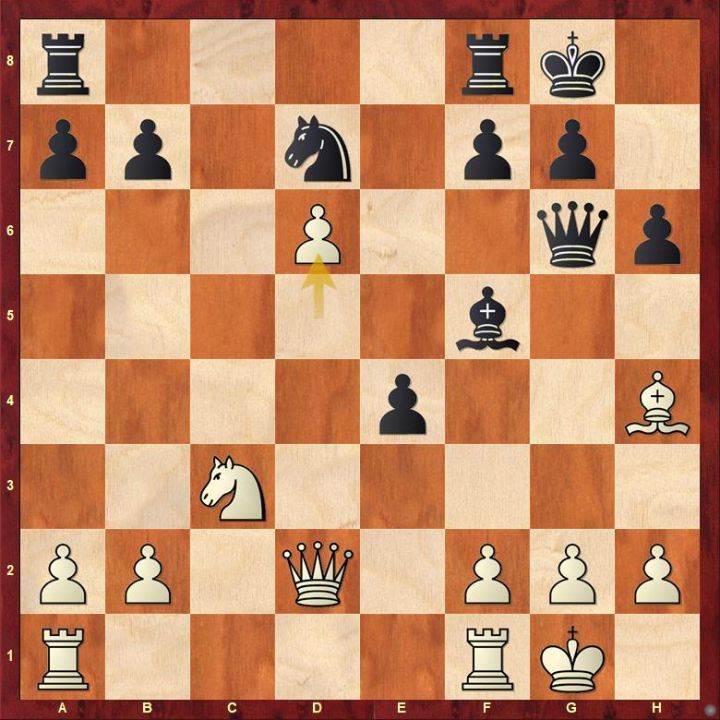 The d6-pawn seem to be the deciding factor for white. Funnily enough, it was going to cause the demise for white after white made a huge inaccuracy in the following position 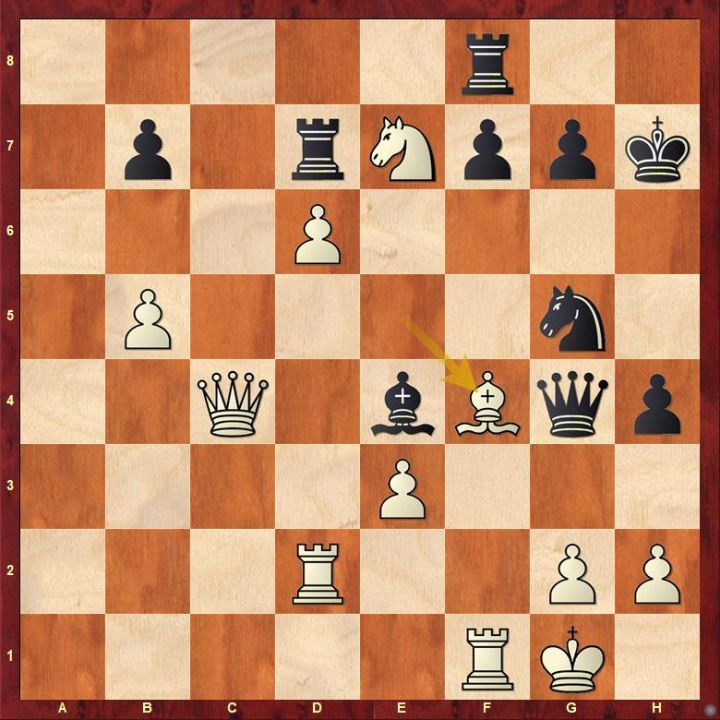 35.Bf4 was played threatening Bxg5 and reduce the attack, turns out it was a big mistake as black has a spectacular move here. What is it?

Nakamura surprisingly repeated moves in a better position in the second game. To beat Carlsen in the finals, one must take the half chances, some risks, Nakamura did not and eventually had to pay the price. 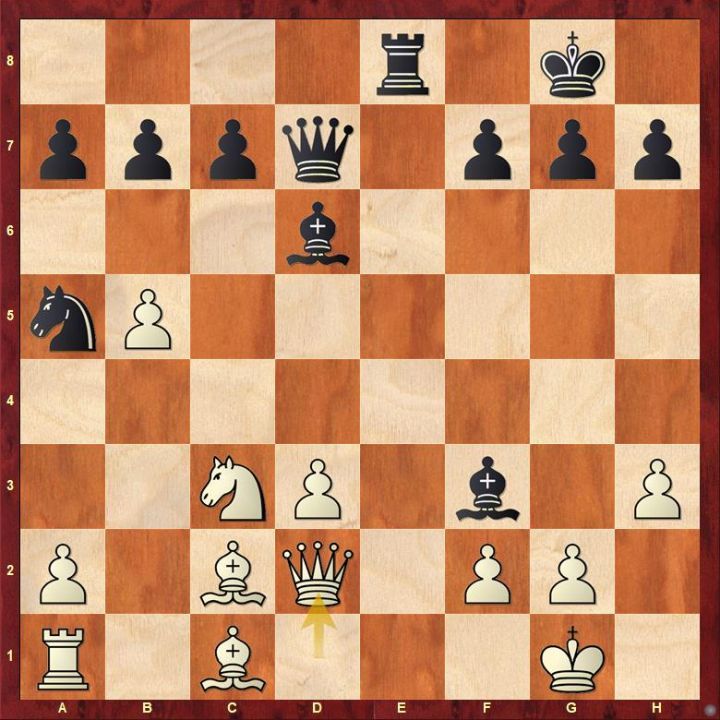 Sure black is not immediately winning after 20.Qd2 but if black wants to win the final then he has to make sure that complacency of a draw does not settle in. Find out how black should have continued here.

Well if you do not take the opportunity when it was presented against the world champion, chances are he is not going to give you another present. Nakamura overstretched in the third game and lost. 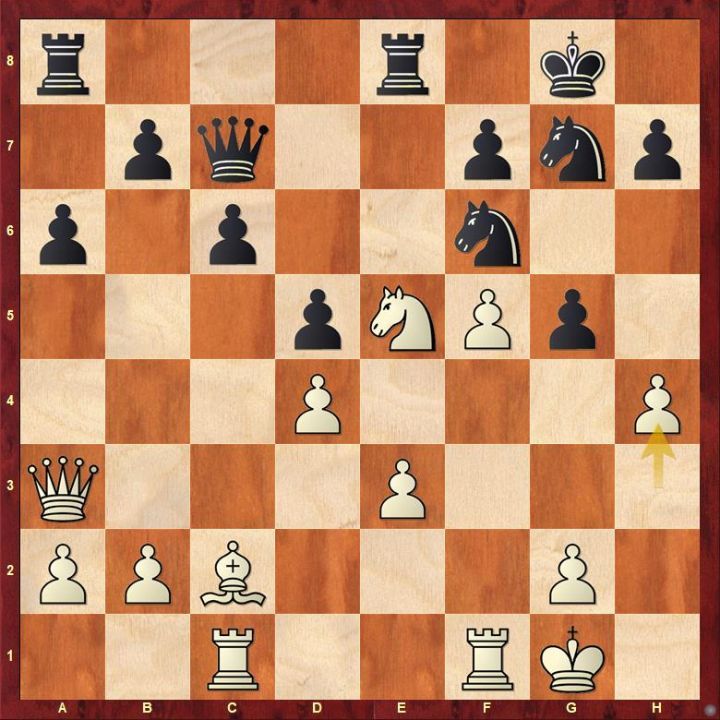 22.h4 is uncalled for and if anything, it helps black, certainly not white. If white wanted to go for a breakthrough 22.e4 was a better choice. Carlsen won the game eventually and levelled the set 1.5-1.5

Despite being better for the major part of the game and even the final position was also better for white, Carlsen drew the fourth game as it was enough for him to tie the set 2-2 and win the finals, ending his jinx of not winning a single event since he turned 30 years of age. 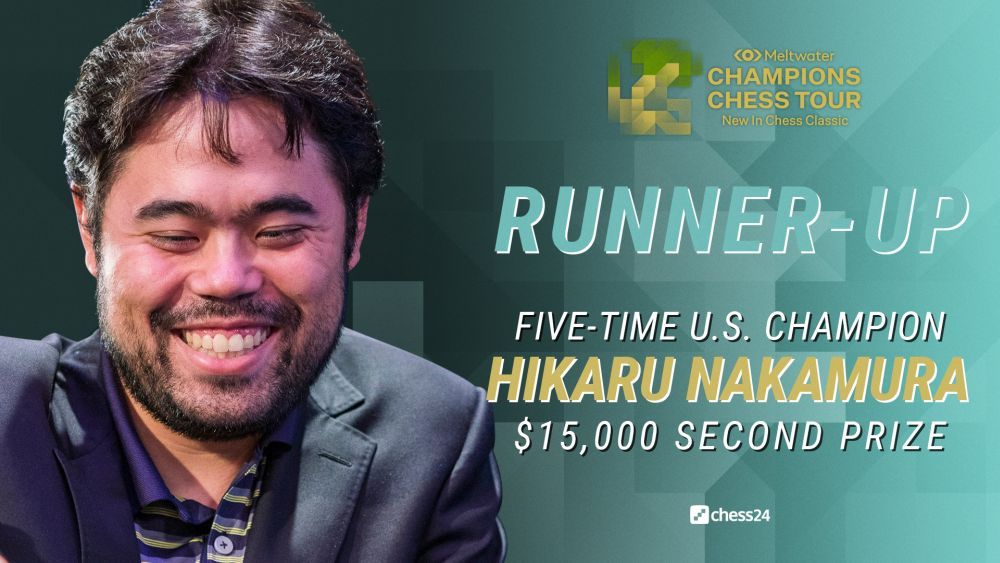 Carlsen and Nakamura tweeted the following after the world champion's triumph

Aronian weakened his king by advancing the pawns in front of it and then later allowed a huge onslaught of attack. 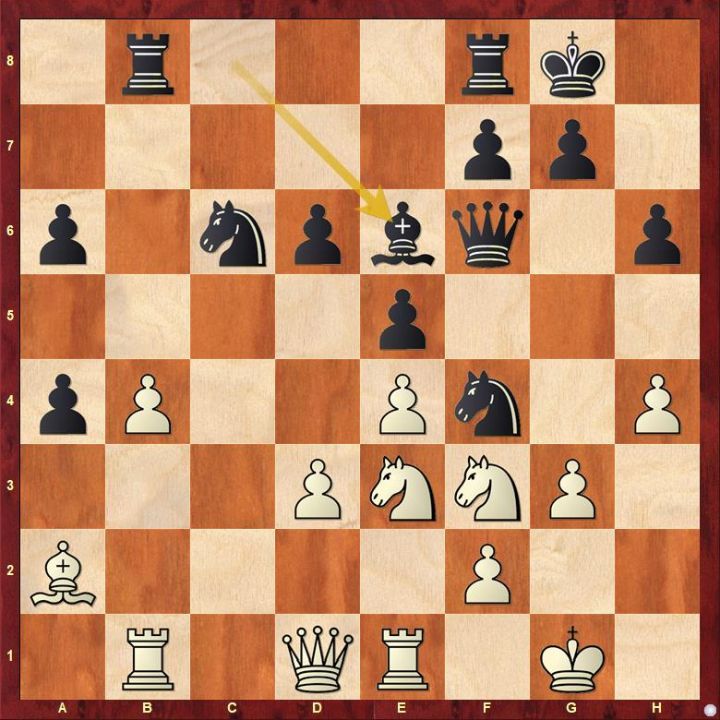 White could play 24.Bc4 and everything will be just fine but 24.Bxe6 invites trouble which Mamedyarov had no difficulty finding. What was it? It all went downhill for black from there.

Mamedyarov and Aronian repeated the same line of Ragozin Defence in the Queen's Gambit Declined for the first twelve moves, same as the first game on the previous day. 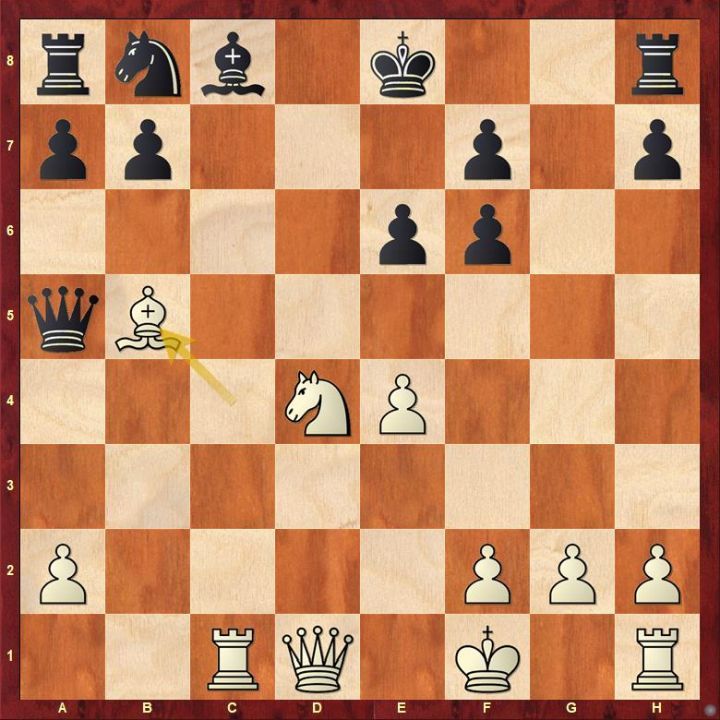 This time Mamedyarov deviated with 13.Bb5+. He played 13.Qf3 in the previous game. Unlike the last encounter, this one ended up in a draw in another twelve moves.

Aronian made some questionable choices which cost him a pawn, that very pawn only became the deciding factor of the game. 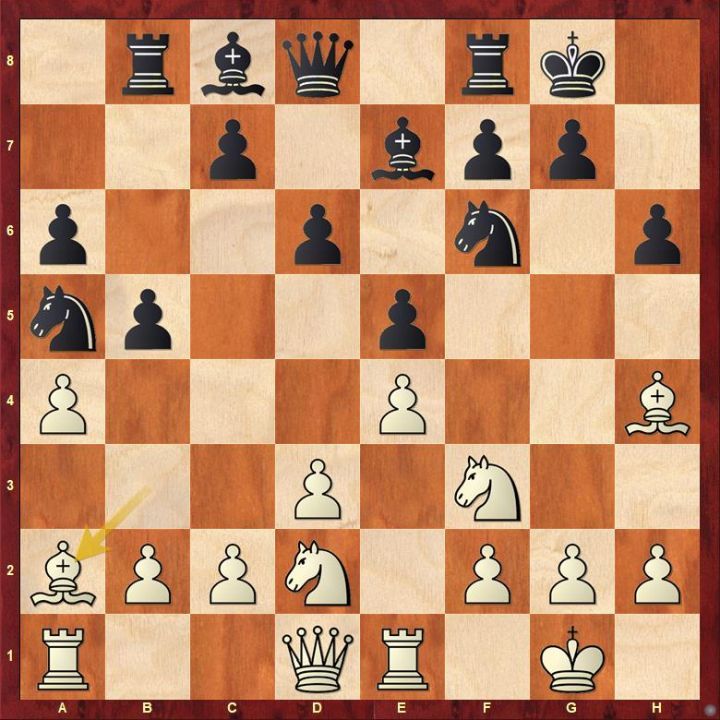 13.Ba2 drops the a4-pawn for nothing which was certainly not a good idea. Instead 13.d4 or axb5 was a better option. 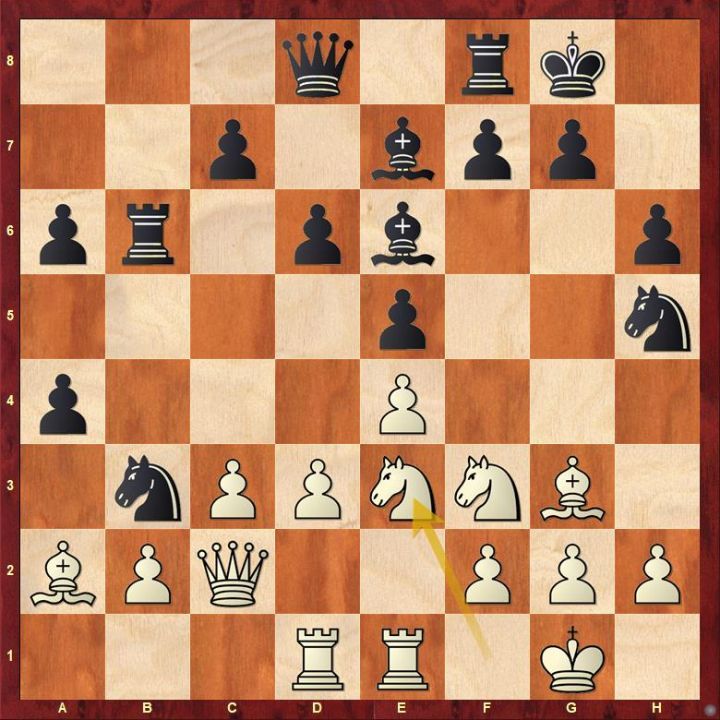 Things turned into black's favor after 19.Ne3 as black did a simple tactics with 19...Nd4. Eventually Mamedyarov won the game and the set by 2.5-0.5, thus he secured the third position. 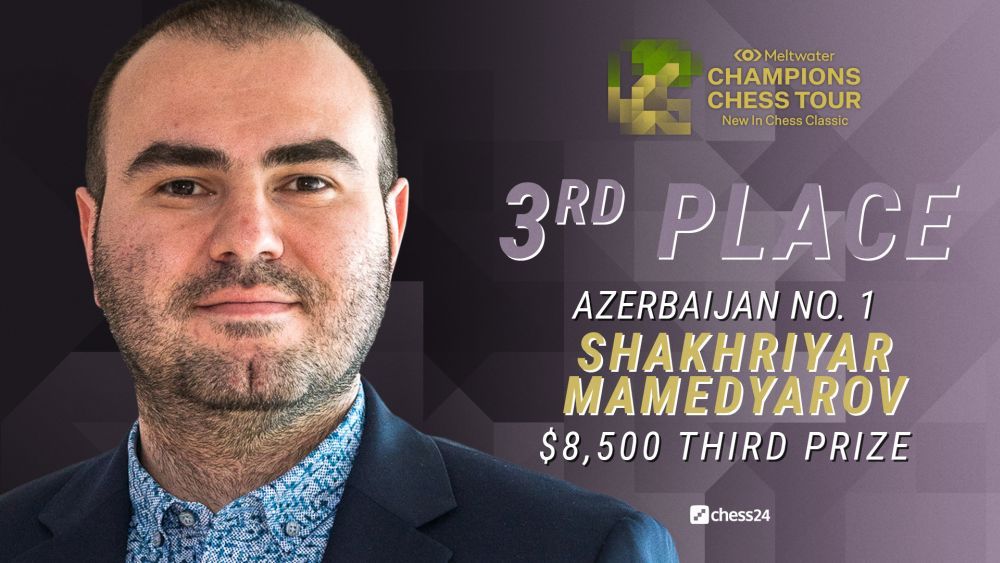 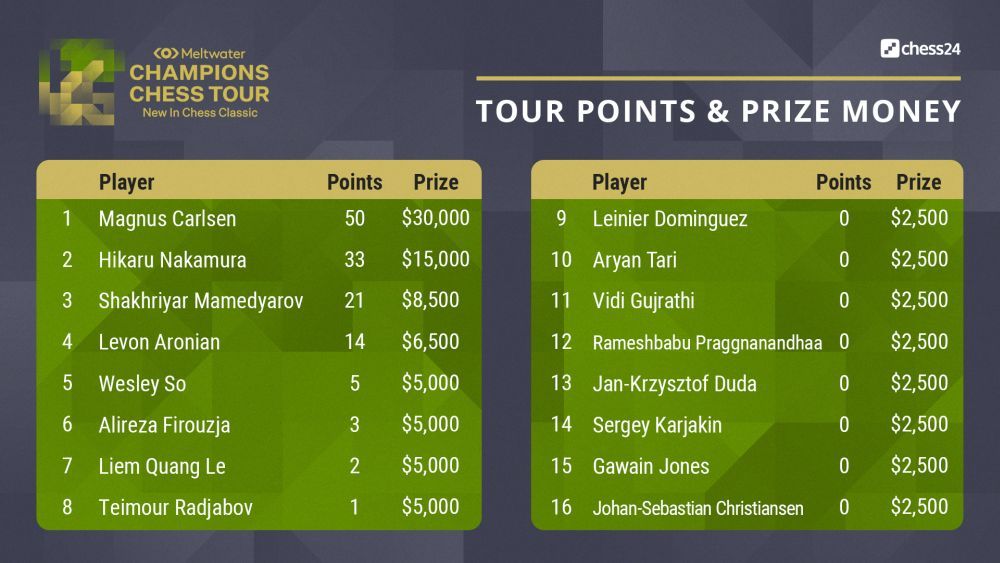