Praggnanandhaa did the unfathomable for many, beat the world champion in a Meltwater Champions Chess Tour final round that also a Major one. Sure, many people predicted and hoped for the 17-year-old's victory. Carlsen has won two Regular events in this season and this was his first Major event win. After two draws in the Rapid games, Carlsen won the third one and put Praggnanandhaa in a must-win situation. He not only won that but also won both Blitz tie-break games. Thus, the teenager won the final round of FTX Crypto Cup 2022, however, the world no.1 won the tournament as he was already ahead by two points. He becomes the first person to beat Carlsen three times consecutively in a MCCT event final round. Photo: chess24

Praggnanandhaa pulls off a stunner

Jan-Krzysztof Duda was the only person to beat Magnus Carlsen in this event. That changed yesterday, when Praggnanandhaa defeated Magnus Carlsen three times consecutively to win the final round and finish second. This is really an impressive performance by the wunderkind. He bettered his last Major event's performance of a fourth place finish at Oslo Esports Cup back in April. Alireza Firouzja finished third 15/21. 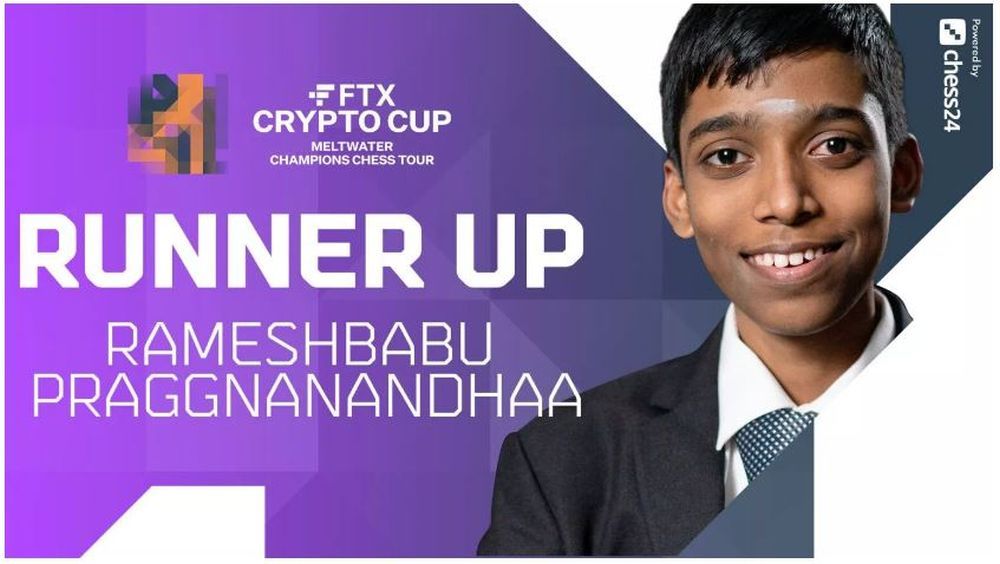 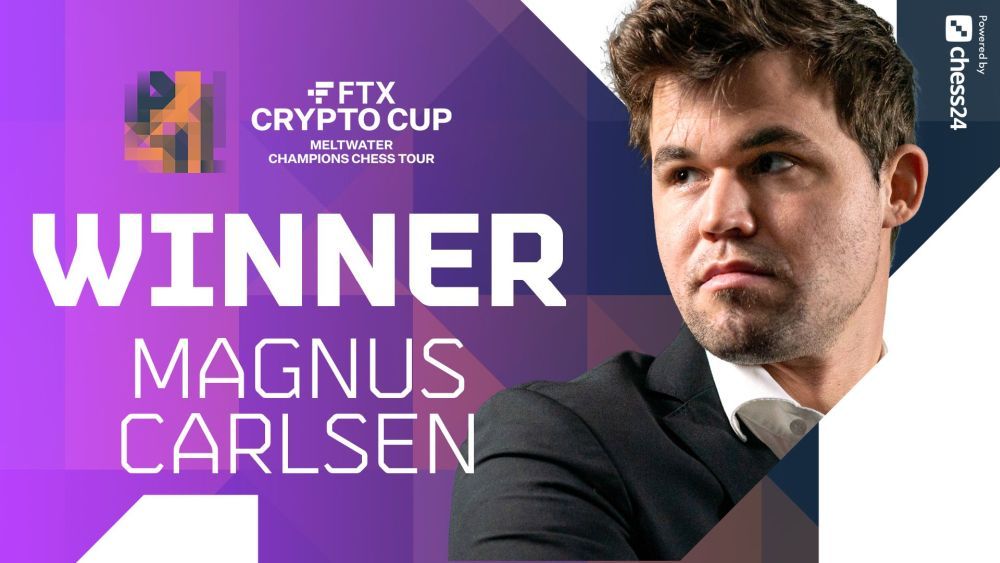 Carlsen made a dubious knight sacrifice. Practically it worked out, however, Praggnanandhaa could have made things difficult for the world champion in their very first game of the final round. 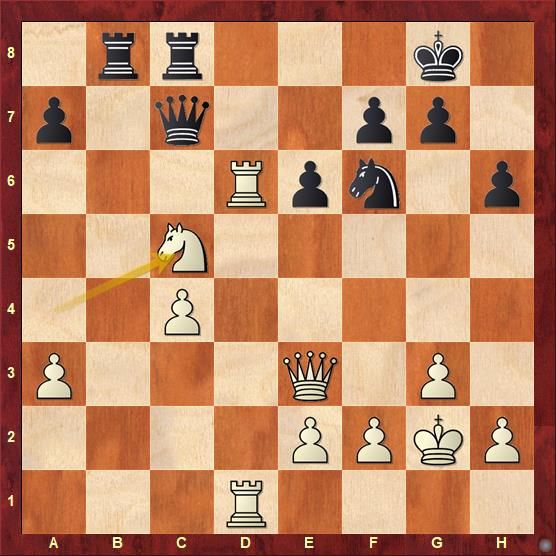 Praggnanandhaa provided staunch defense in the second game to hold a draw. However, in the third game, the teenager's rook and knight against the worlc champion's rook and bishop turned out to be frail as the Norwegian found a way to score a full point. Thus, putting Praggnanandhaa in a must-win situation in the fourth game, to force tie-breaks. 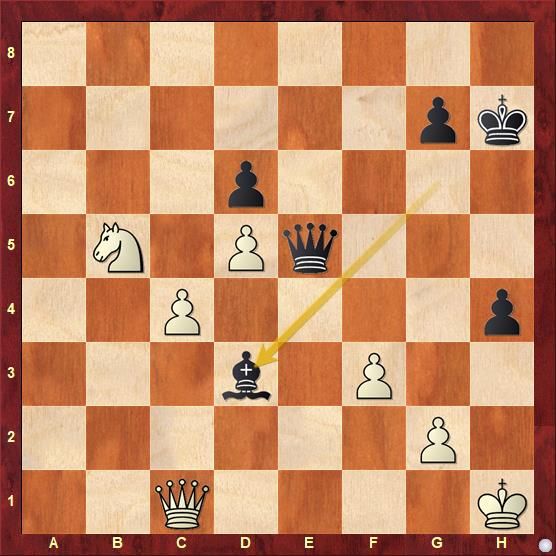 Praggnanandhaa won both Blitz tie-break games, although he was completely lost in the second one. The world champion was certainly not at his best in both blitz games, perhaps maybe because he realized that he had already won the tournament. That does not take anything away from Praggnanandhaa's monumental victory. 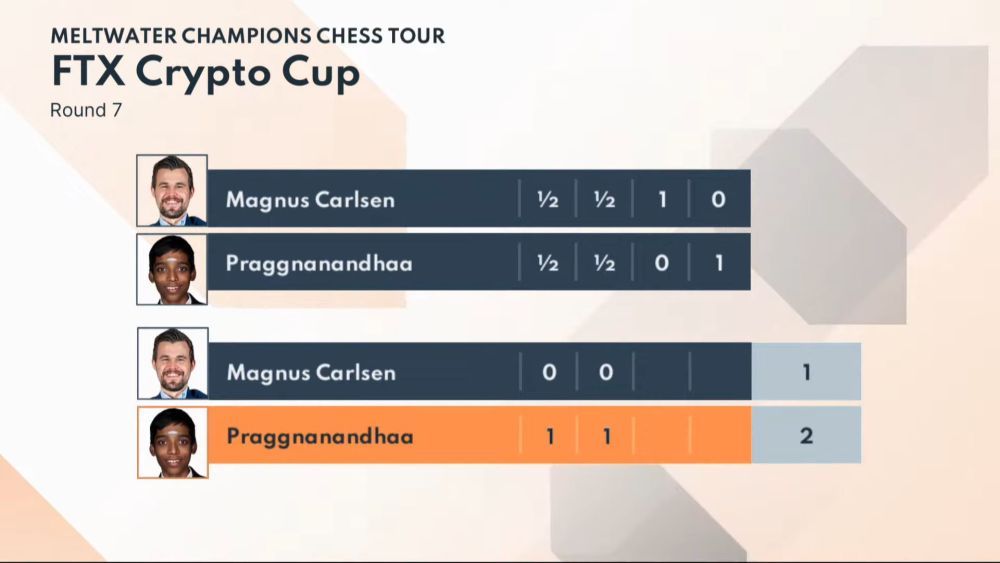 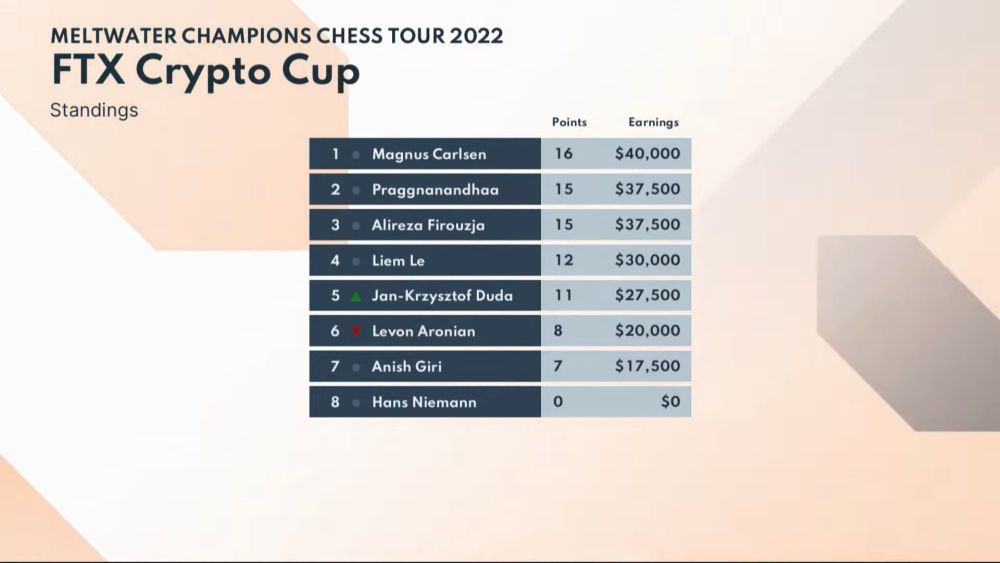 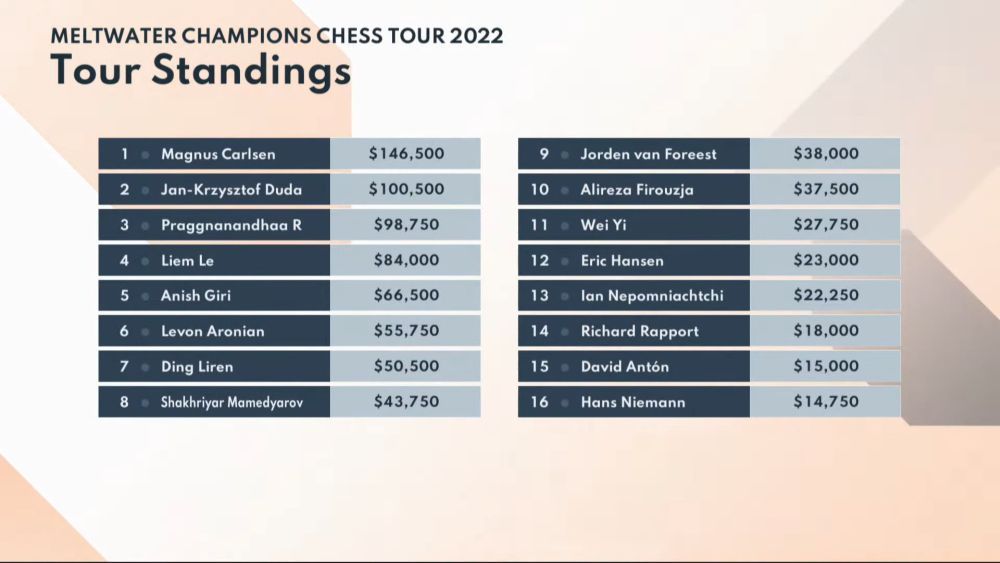