Aimchess Rapid QF: Carlsen wins the Tour with a tournament to spare

Arjun Erigaisi had a decisive advantage for the better part against Carlsen in their first game of Aimchess Rapid Quarterfinals. The world champion managed to save the game after the teenager missed few good opportunities. The world no.1 won the next two games to win the match, advance to the Semifinal and win Meltwater Champions Chess Tour 2022 season with a tournament to spare. Both Vidit and Gukesh started the day with a draw against Jan-Krzysztof Duda and Richard Rapport respectively. Vidit lost the next games, whereas Gukesh won the second and then went down in the two games. It will be Duda vs Carlsen and Mamedyarov vs Rapport in the Semifinals starting tonight from 9:30 p.m. IST. Photo: Champions Chess Tour

Vidit, Arjun and Gukesh get eliminated

Apart from Arjun getting his golden opportunity to beat Carlsen in the first game, Gukesh had a 0.5-1.5 lead against Rapport in his favor. A draw in the next two games would have ensured a tie-break. However, he lost the next two games and got eliminated. Jan-Krzysztof Duda was the only one who could catch Carlsen in the Tour standings, provided Arjun eliminated Carlsen. Since the world champion won his Quarterfinal match, it earned him the Tour title too. The Mozart of Chess won US$50000, apart from his overall winnings of $192000. 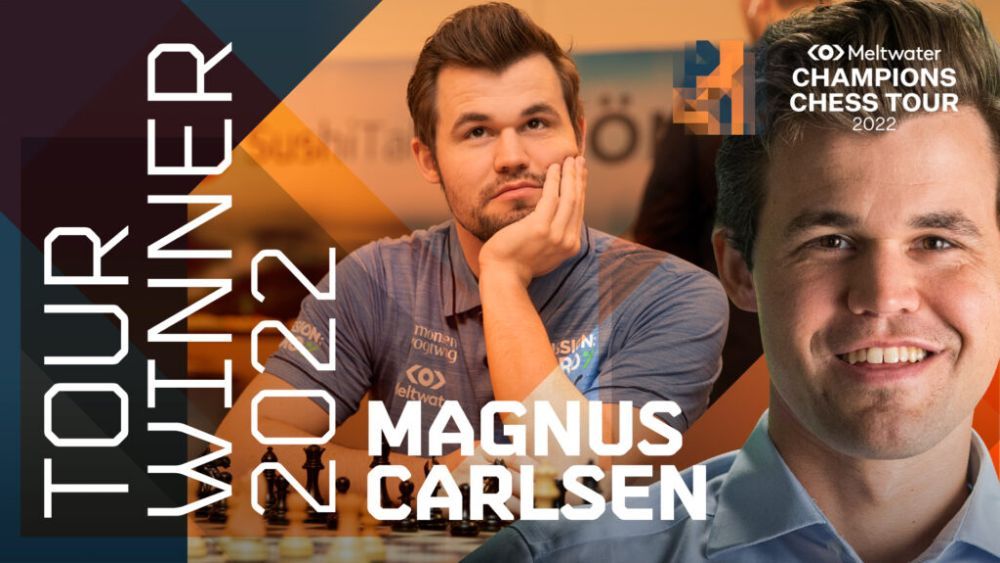 The first game reached a same color bishop endgame after 26 moves. Before that, a series of pieces got exchanged for six moves between 15th and 21st move. The same color bishop ending lasted for almost 80 moves before both players decided to call a truce. The second game also featured a minor piece endgame - bishop vs knight. 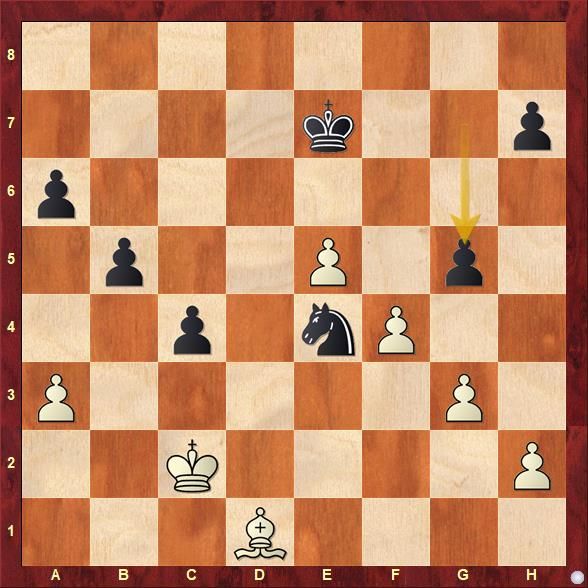 29...g5 is what turned the tide as White got connected passed pawns after 30.f5. Instead, 29...g6/h6/Kf7 would have been fine for Black. Vidit lost the third game too and thus lost the match.

Arjun Erigaisi got a substantial advantage against Magnus Carlsen in the middlegame. He arrived at rook and knight vs rook and bishop along with few pawns each endgame with a decisive advantage. 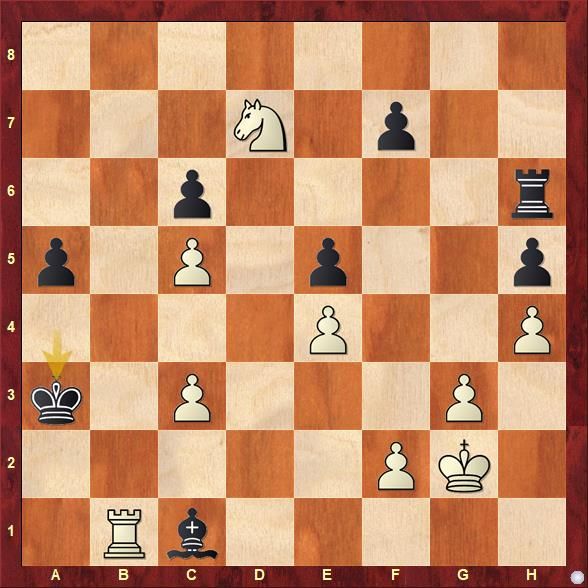 39.Rxc1 Kb2 40.Rd1 would have been winning for White as the knight can always reach the c4-square either via b6 or e5, even if Black gets his pawn to a2. White decided not to take the bishop and opted for 39.Nxe5. White still had his advantage and was winning too until he missed his final opportunity. 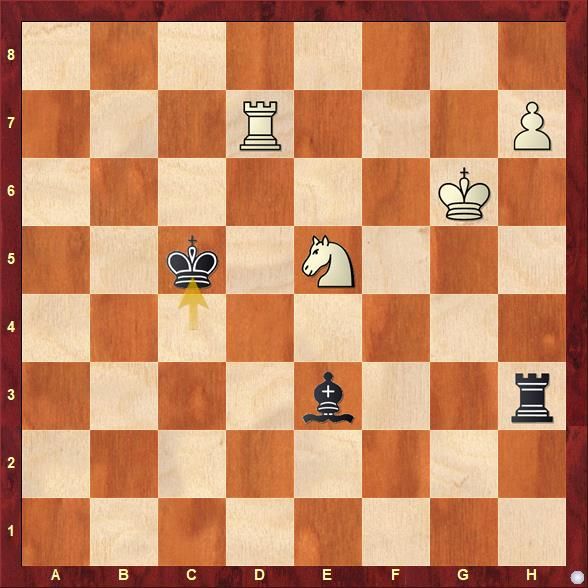 75.Rd8 was played in the above position, which led to a draw eventually as Black gave his bishop for the h-pawn. Find out what White should have done instead to win the game. The world champion won the next two games convincingly to win the match 2.5-0.5, advance to the Semifinals and also win the Tour with a tournament to spare.

The first game was a well-contested draw. Gukesh struck first in the second game. 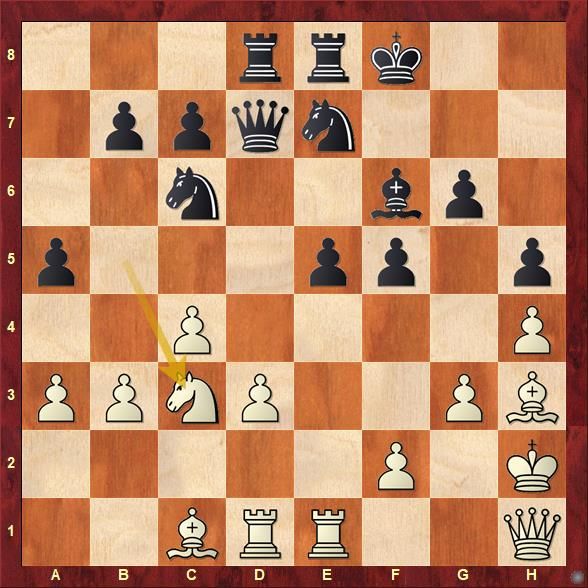 Gukesh lost the next two games and got eliminated by Rapport who won the match 2.5-1.5. The fourth game was 167 moves long grueling battle. White's idea behind 155.Be4 is to play Ke3 and prevent Black king's escape, thus making checkmate threat on both flanks. 155...Kd1 was the only move which keeps Black in the game. 155...Rd7+ played straight into the mating net 156.Ke3 and White went on to win the game. 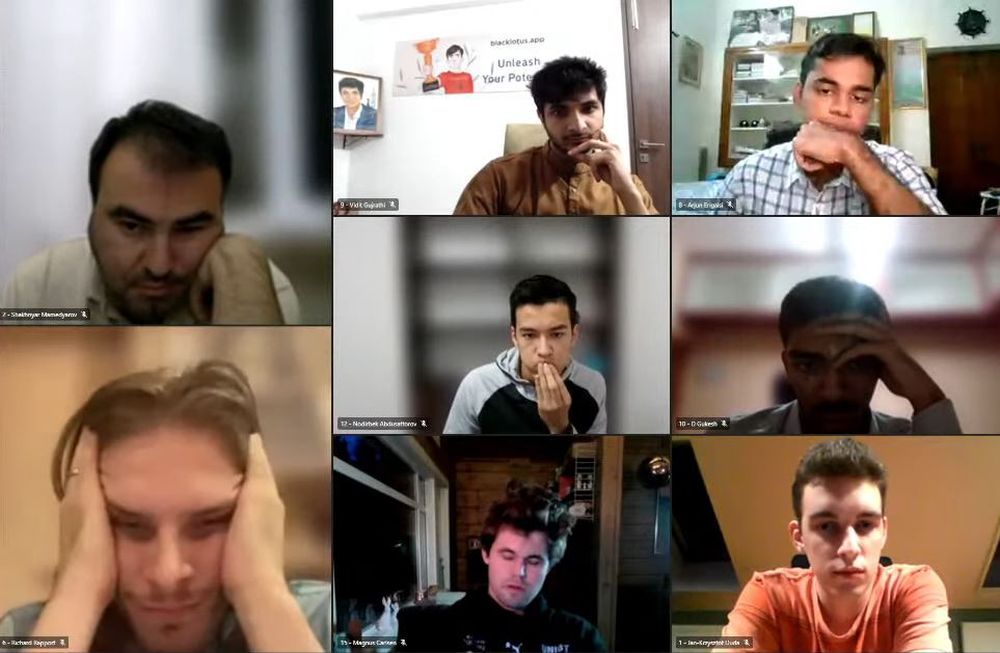 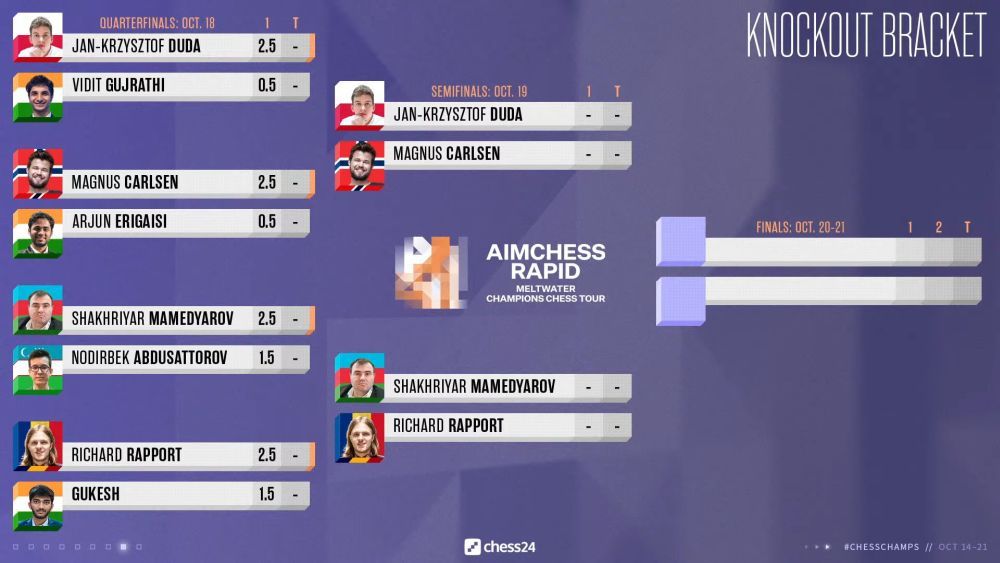 Duda vs Carlsen and Mamedyarov vs Rapport are the Semifinal matches | Photo: chess24