When the pages of history will be written, Jan-Krzysztof Duda will be named as the biggest nemesis of Magnus Carlsen. If you are wondering why, the reason is simple. Every time Carlsen does something big, the Poland no.1 is there to beat him. Unbeaten streak? Conquered. World Cup victory? Shattered. Meltwater Champions Chess Tour 2022 hat-trick by winning Oslo Esports Cup - Denied. Now his second attempt at the same hat-trick in this season. Guess who denied it once again? Polish ace, Duda. Shakhriyar Mamedyarov defeated Richard Rapport in the tie-breaks to set up a clash with Duda in the Finals starting tonight from 9:30 p.m. IST. Photo: chess24 live stream

History has shown time and time again that whenever Magnus Carlsen achieved/wanted to achieve something big, Jan-Krzysztof Duda is waiting patiently on the other side to beat him. This time also it was no different. The Pole was the only player who had a mathematical chance to surpass in the Tour standings if Carlsen lost his Quarterfinal match. That did not happen. So what's the next big thing he could do? Beat the world champion after he won the Tour with an event to spare. Meanwhile, Shakhriyar Mamedyarov started the day with a loss against Richard Rapport. He won the must-win fourth game to force tie-breaks. He won the first Blitz tie-break and was winning the second one too. Since a draw was enough to advance, he made the draw and secured his place in the Finals.

The first game ended in a draw. In the second one, Jan-Krzysztof Duda made an exchange sacrifice in his signature style of attacking play and taking every chance he gets. 19.Rxg7 only creates alarming trouble for Black if he decides to capture it with the king which is what the world champion did. 19...Kxg7 20.Rg1+ Kf7 20.c5+ d5 21.Nb5 Rd8 22.Nd6+ Rxd6 Black had to return the exchange to reduce the attack a bit. 23.exd6 Qxd6 and things kept getting sharper, eventually the game arrived at this position 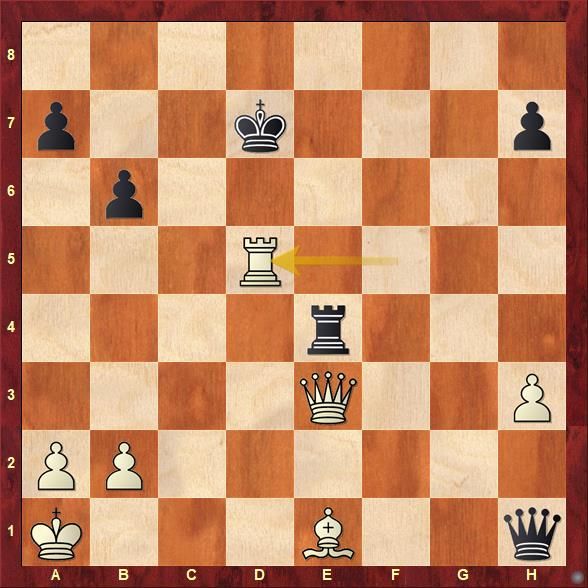 Black is at a crossroads. Where to go - c6 or e6? One of them gives Black a decisive advantage and the other one doesn't. The remaining options - c7, c8, e7 and e8 obviously winning for White as he can either give a check with the queen and retreat the rook to d1 or for e-file displacement of the king, White can go Re5+ and force the rook exchange. 41...Kc6 was actually winning for White as White cannot save queen, rook, bishop and backrank checkmate threat - all four in one move. Instead, the world no.1 opted for 41...Ke6 42.Qb3 Qxe1+ 43.Rd1+ Ke7. Sure White still cannot capture the queen, the position is far from over and if anyone can win, it is certainly White. One of the primary reason is, Black king is stranded at the middle of the board. White utilized the vulnerability of the king and liquidated the position to a rook ending at the right time to increase his decisive advantage and win the game.

The third game was another well-fought draw. In the fourth game, Carlsen was not interested in taking a draw as a win only would have forced tie-breaks. It resulted in a disaster for him. 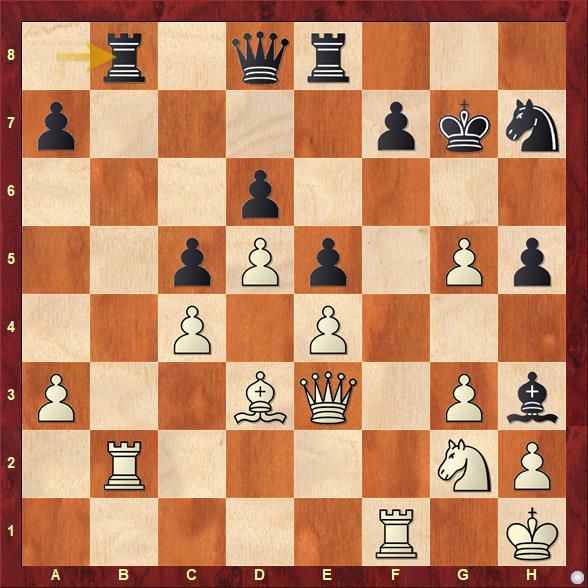 The new Romania no.1 Richard Rapport started his Semifinal with an academic victory over Shakhriyar Mamedyarov.

The next two games were drawn. Mamedyarov won the must-win fourth game to force tie-breaks. Richard Rapport got his bishop boxed in in a rook and opposite color bishop endgame. 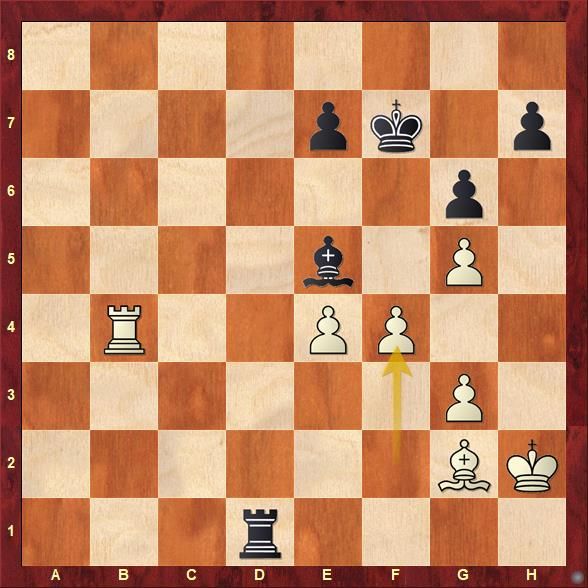 39...Bc3 would have continued the fight a bit. 39...Bg7 40.e5 completely shut the bishop. Getting the bishop out via a3-f8 diagonal by pushing the e-pawn to e6 would not be a great idea either as e6 would be creating a target for White. Mamedyarov went on to win the game. His pawns getting through was almost similar to how Duda won against Vidit in the second game of the Quarterfinals.

In the first Blitz tie-break game, Rapport blundered a piece. He was losing the second one too after he gave up an exchange. Mamedyarov repeated moves in the end as a draw was enough for him to advance to the Finals. 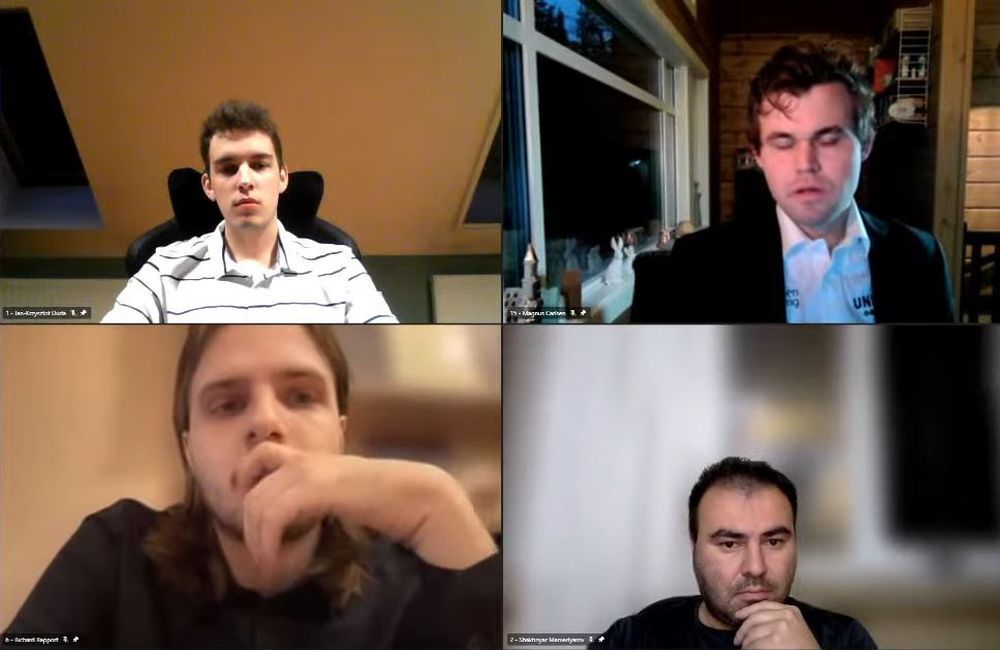