The latest chapter of the Niemann-Carlsen drama is on everyone's mind after the second day of Meltwater Champions Chess Tour Julius Baer Generation Cup. However, let's focus on actual chess and some fantastic games which were played. Praggnanandhaa had a barn burner of a game against Magnus Carlsen in the eighth round. The recently turned 17-year-old had some winning chances in the endgame, yet his humane chess earned him a draw, an applause from the world champion and a thumbs up. Actions certainly speak louder than words! Arjun Erigaisi-Levon Aronian saga continued with the former picking up an excellent win. He is now the sole leader 17/24. Round 9 starts tonight at 9:30 p.m. IST. Photo: ChessBase India live stream

It is very easy to jump into conclusions, prolonged speculations and analyze the reason behind the resignation on move no.2. We choose to focus on the beauty of the sport and not go down the rabbit hole. The second day had plenty of exciting games which resulted in Arjun Erigaisi gaining sole lead 17/24, followed by Praggnanandhaa and Carlsen at 15/24 each. 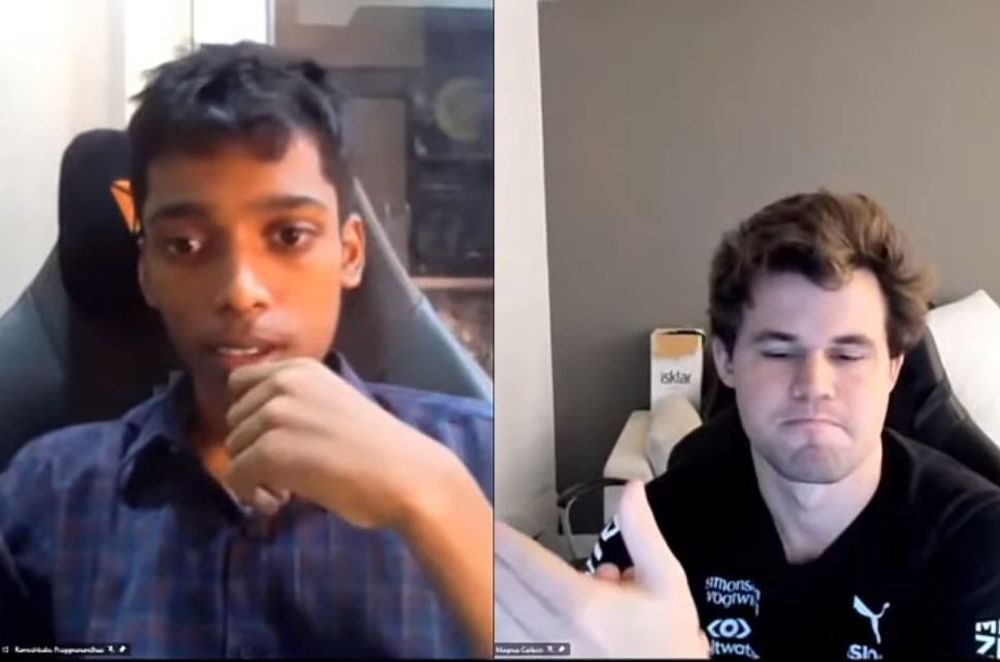 Praggnanandhaa getting appreciated and acknowledged for his brilliant play against the world champion, Magnus Carlsen himself | Photo: ChessBase India live stream

Hans Niemann made a silly mistake early on in the game which cost him a pawn and eventually the full point against Arjun Erigaisi. 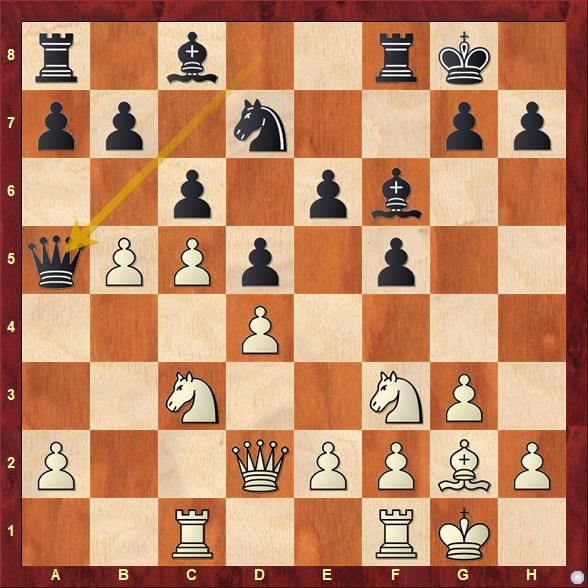 The sixth round shocked the chess universe once again as the world champion, Magnus Carlsen resigned and logged off after 1.d4 Nf6 2.c4.

The last time Carlsen resigned early in the game was move no.4 against Ding Liren in Chessable Masters Final on 30th June 2020. It was to make up for Ding Liren's loss due to disconnection in a drawn position.

The Levon Aronian - Arjun Erigaisi saga continues. Both players have great mutual respect towards each other which is reflected on the fireworks they display on the board, everytime they face each other. This time also it was no different. 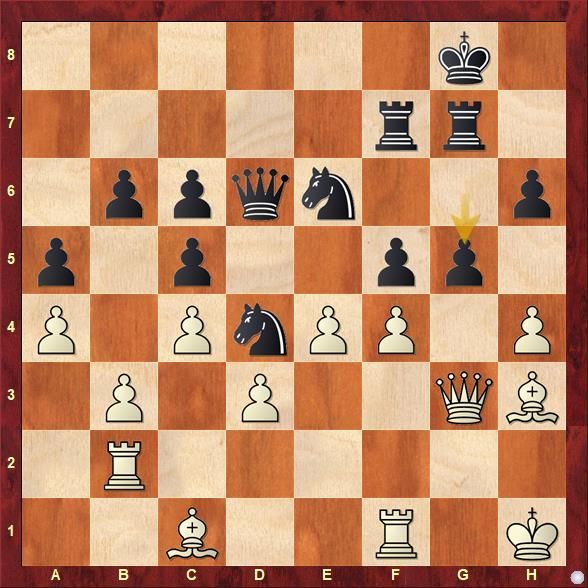 28...g5 is the first move that springs to mind in this position. Black rearranged his rooks and king for this particular break only. The intuition screams that it works even if you do not calculate all plausible lines thoroughly. While White might be able to defend this, practically in a tournament game, it is quite difficult to defend it, even for Aronian as can be seen in the game. 29.hxg5 hxg5 30.Rh2 g4 31.Bg2 Ne2 and things are completely falling apart for White like a house of cards.

Levon Aronian and Arjun Erigaisi rivalry is always pleasant to spectate, both on and off the board | Photo: Lennart Ootes

After a relatively calm draw against Radoslaw Wojtaszek (POL), Praggnanandhaa won a grueling queen and minor piece endgame against Germany no.1 Vincent Keymer. 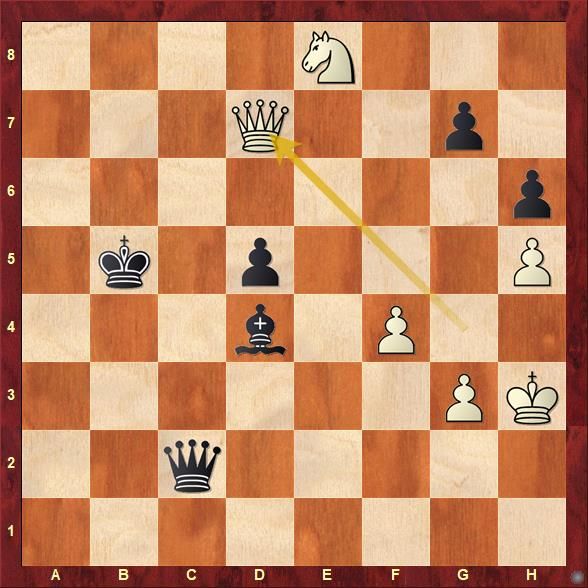 Which is the best way for Black to save the king from the check? If you are thinking of 81...Kc4 which seems to be highly logical is unfortunately incorrect. 81...Qc6, the counter-intuitive choice was the correct one. Of course the complex nature of the position and being low on time makes it that much difficult to choose a move which at a first glance looks wrong. Keymer managed to get back in the game until he once again moved the king in the wrong direction and landed himself in a mating net. 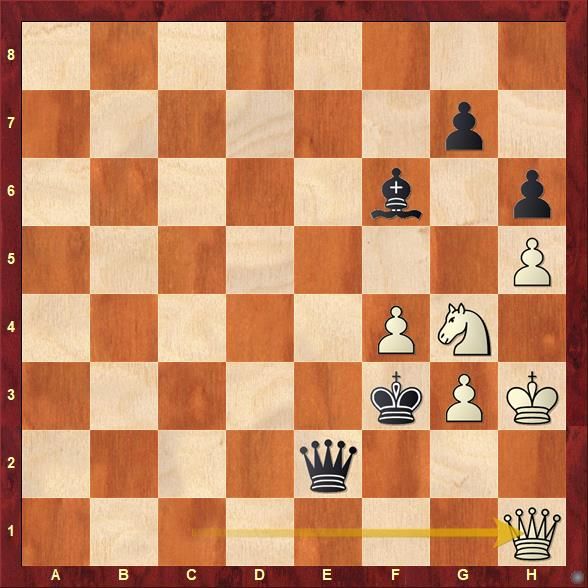 What a beautiful picturesque finish by Praggnanandhaa. Black resigned due to 92...Qg2+ ends in a 93.Qxg2# checkmate.

Well the much awaited battle between Arjun Erigaisi and Praggnanandhaa ended in a draw. However, it seemed like Praggnanandhaa had a small window of opportunity in the endgame. 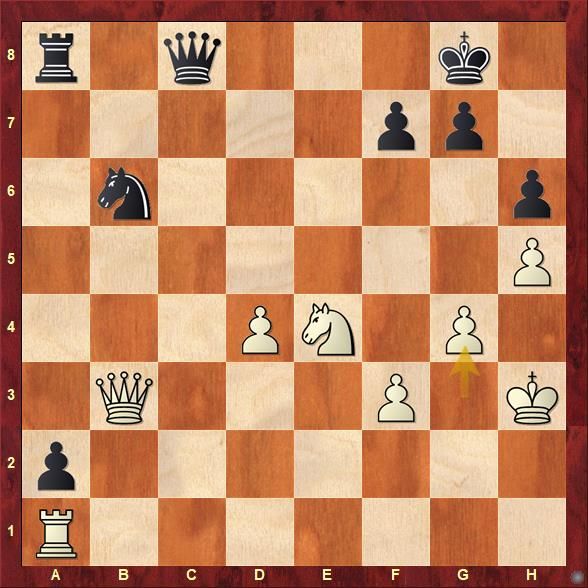 42...Qe6 43.Qb2 Nd5 could have been a game changer. Despite the idea being clear that Black wants to promote the pawn by trading the queens while keeping a2-pawn alive, practically it is still not easy to execute it.

Magnus Carlsen had an instant classical against Levon Aronian. 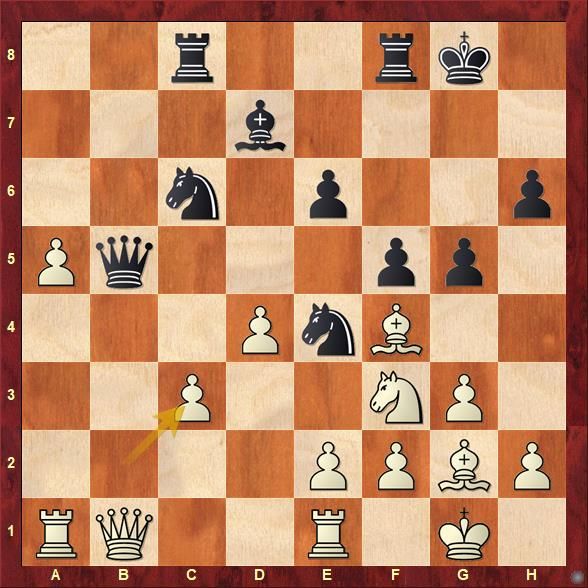 White just sacrificed his bishop at f4 as he will have four pawns for it, the a5-pawn being the most promising one. Eventually the a-pawn decided the fate of the game. This is a vintage Magnus who just squeezed a win showcasing his endgame prowess.

Praggnanandhaa had a fantastic game against the world no.1, Magnus Carlsen. 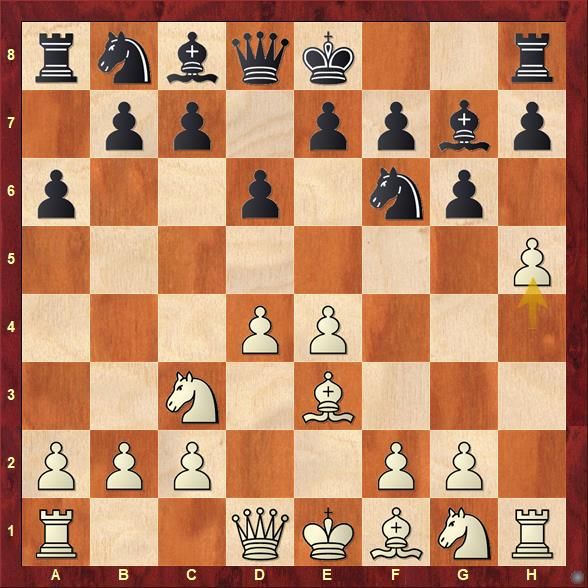 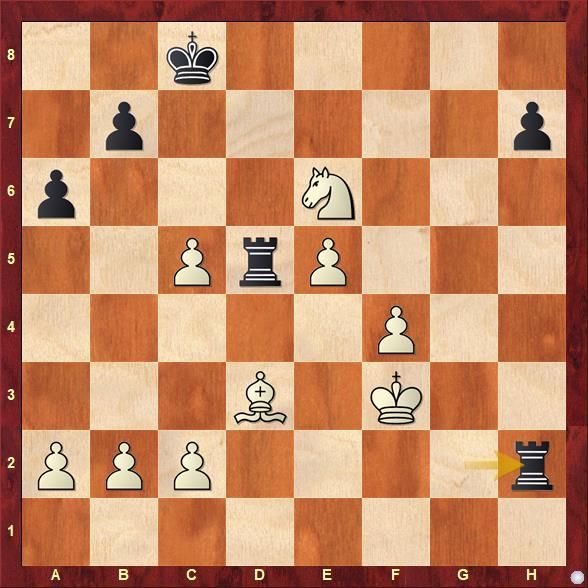 Here 28.Ke4 is what suggested to be best continuation for White by the computer. Praggnanandhaa played the humane 28.Kg3 Rh6 29.Ng5 and the game ended in a draw eventually.

Magnus Carlsen applauds and gives a thumbs up to Praggnanandhaa | Video: ChessBase India 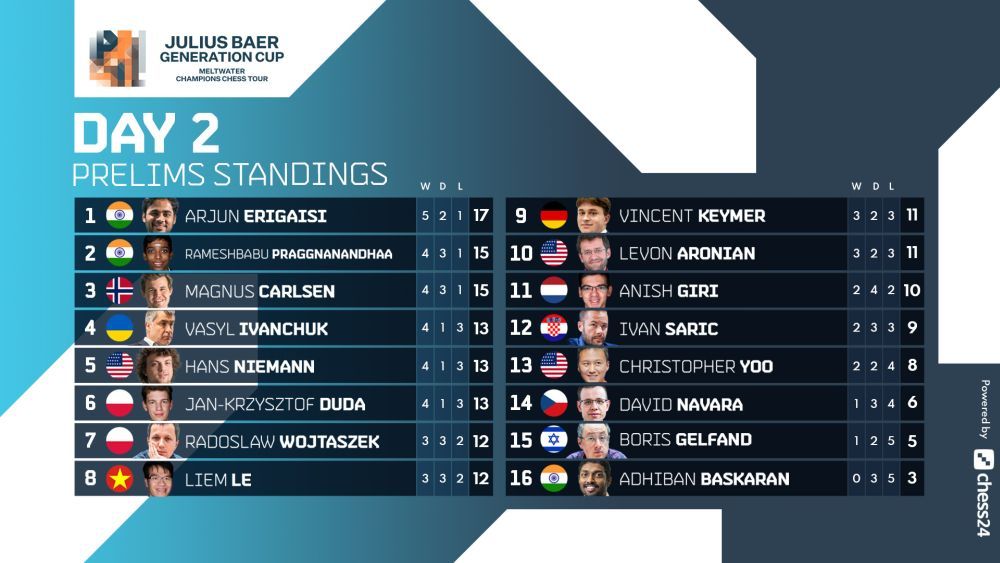