Eric Hansen brought an end to Ian Nepomniachtchi's 11-game unbeaten streak. The popular streamer beat the former world championship challenger in round 14 of Meltwater Champions Chess Tour Airthings Masters. Alexandra Kosteniuk ended her 13-game losing streak by defeating Hansen in Round 14. The win is certainly a nice one for her, as the Canada no.3 defeated both Carlsen and Nepomniachtchi in this event. Praggnanandhaa defeated Vladislav Artemiev in the final round of the Prelims to end the event with a score 19.0/45. Aronian, Giri, Abdusattorov, Mamedyarov, Niemann and Kosteniuk are the remaining seven who were unable to advance to the Knockout stage. Quarterfinals start tonight at 10:30 p.m. IST. Photo: Amruta Mokal

Praggnanandhaa did not lose a single opening game on each of the four days at the Airthings Masters. On Day 1, he drew with Liem Quang Le, day 2 started with a win against Aronian, day 3 was a draw against Abdusattorov and on the final day of the Prelims, he drew with Germany no.1 Vincent Keymer.

Praggnanandhaa once again started the day with a solid draw against Vincent Keymer.

Praggnanandhaa had a tiny window of opportunity against Hans Niemann (USA) in Round 14.

The only opportunity Praggnanandhaa had in the entire game was when White played 17.Rf2. Black needed to bring more pieces into the attack, i.e. 17...Nf6. Instead 17...g6 was played threatening Bf5. White saved the position 18.Qd2 and went on to win the game.

Praggnanandhaa finished the tournament on a high note as he won against Vladislav Artemiev (RUS) who had already qualified to the Quarterfinals. 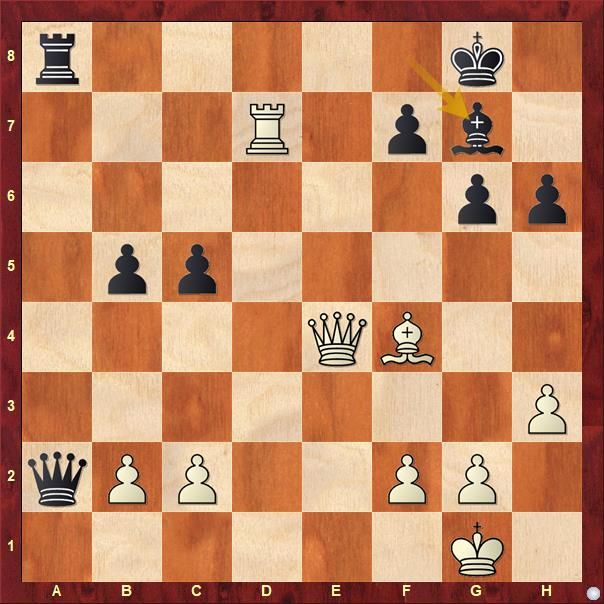 Alexandra Kosteniuk won her first game of the event after suffering 13 consecutive losses. 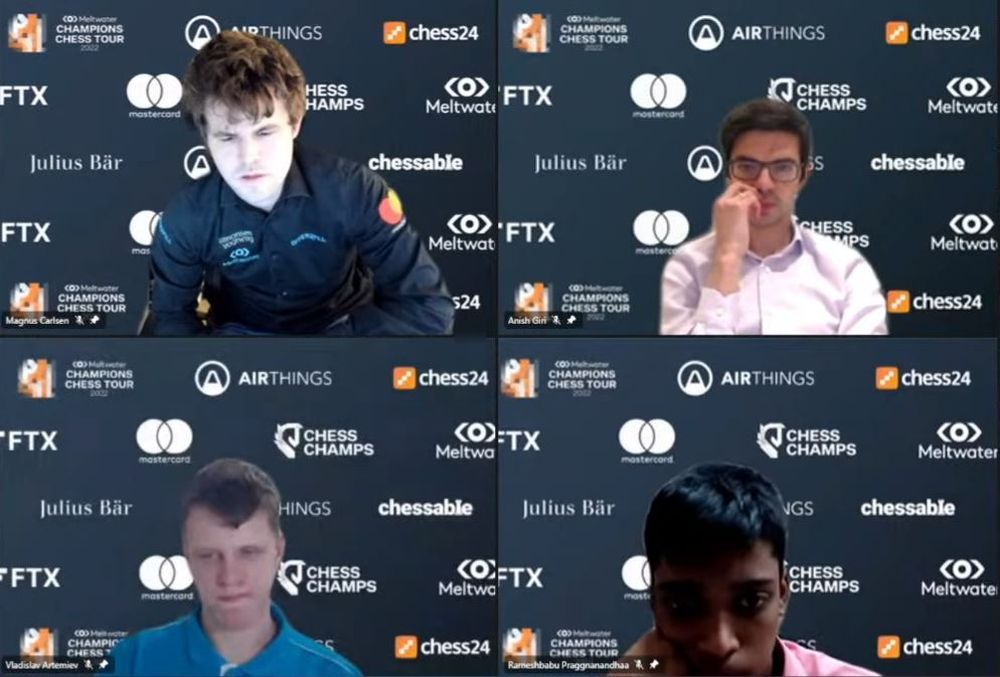 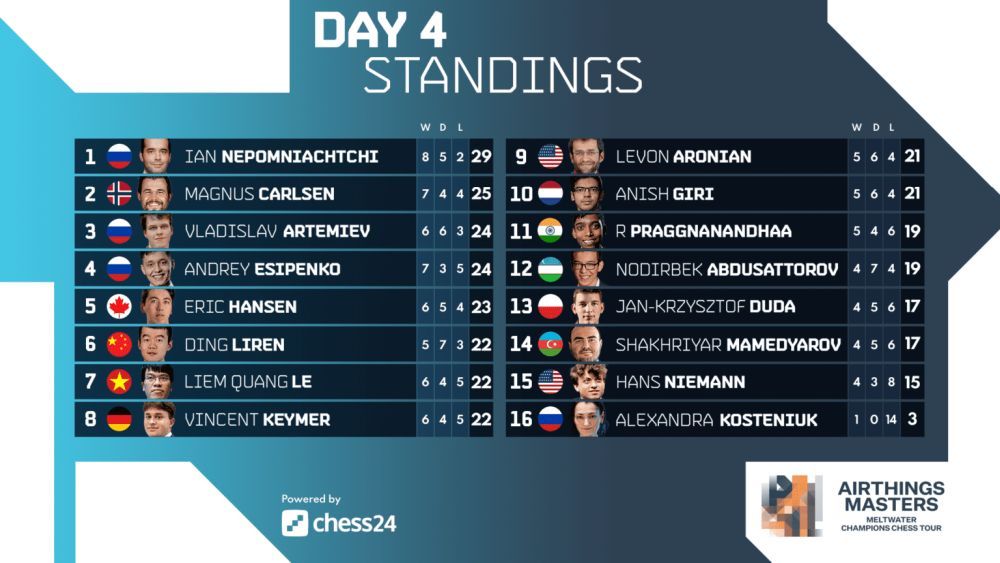