Vidit, Harikrishna and Praggnanandhaa to face Carlsen and world's best at Charity Cup

The second event of the Meltwater Champions Chess Tour 2022 season will be Charity Cup. It is a fundraiser tournament for UNICEF. All players are encouraged to donate their earnings. The tournament is dedicated to the victims of the war in Ukraine. India will be represented heavily in this event by Vidit Gujrathi, Harikrishna Pentala and Praggnanandhaa. They will be joined by Magnus Carlsen, Ding Liren, Liem Quang Le, Hans Niemann, Eric Hansen along with the debutants - Richard Rapport, David Navara and Lei Tingjie and also the returning Gawain Jones, Jorden van Foreest, David Anton Guijarro and World Women's Champion Ju Wenjun. Jan-Krzysztof Duda will be replacing his fellow countryman Radoslaw Wojtaszek. Charity Cup Round 1 starts tomorrow at 10:30 p.m. IST. Photo: chess24

A fundraiser tournament for UNICEF

The next stage of the $1.6 million Meltwater Champions Chess Tour will be dedicated to the victims of war in Ukraine. The Charity Cup, starting March 19, will be the second leg of the world’s most prestigious elite online chess event. As the seven-day event will take place under the shadow of a war that is affecting millions, including many members of the chess community, Play Magnus Group has decided to use it to raise money for UNICEF’s war relief fund. Viewers will be able to donate here.

The Charity Cup starts on Saturday 19th March and will conclude on Saturday 26th March. Just like the previous event Airthings Masters, there will be a 4-day preliminary round-robin stage of rapid chess (15+10), before the top 8 players advance to the knockout stage. The Quarterfinals and Semifinals match is played in one day with four rapid games each day. Only Finals will last two days consisting of two matches with four Rapid games each. If the match score is tied, the players will then play two 5+3 blitz games followed by, if needed - Armageddon. 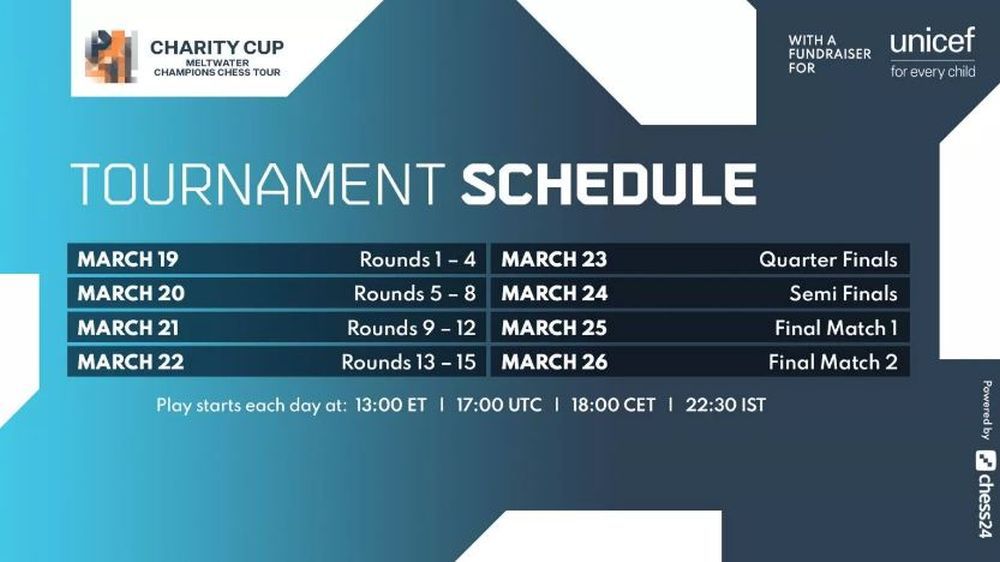 All pairings can be found here. Praggnanandhaa will face Magnus Carlsen in Round 9 on Monday 21st March 2022 at 10:30 p.m. IST.

The total prize fund of the Tour is $1,600,000. The prize fund for Charity Cup is $150,000. The winner will get $25000. All players are encouraged to donate their earnings. In the Preliminaries, money prizes are awarded according to each game’s result following the format’s 3-1-0 system. Points shall be worth $250 each, and thus awarded as $750 for a win, $250 for a draw (to each player) and $0 for a loss. In case of draw, where the remaining $250 for the winner was not distributed, this will be added to the Season Bonus Prize Fund (up to $30,000 bonus per event) which will be distributed at the end of the season to players based on various performance awards to be announced by the Organizer before the first event. For the Knockouts, a prize fund of $60,000 will be distributed as follows 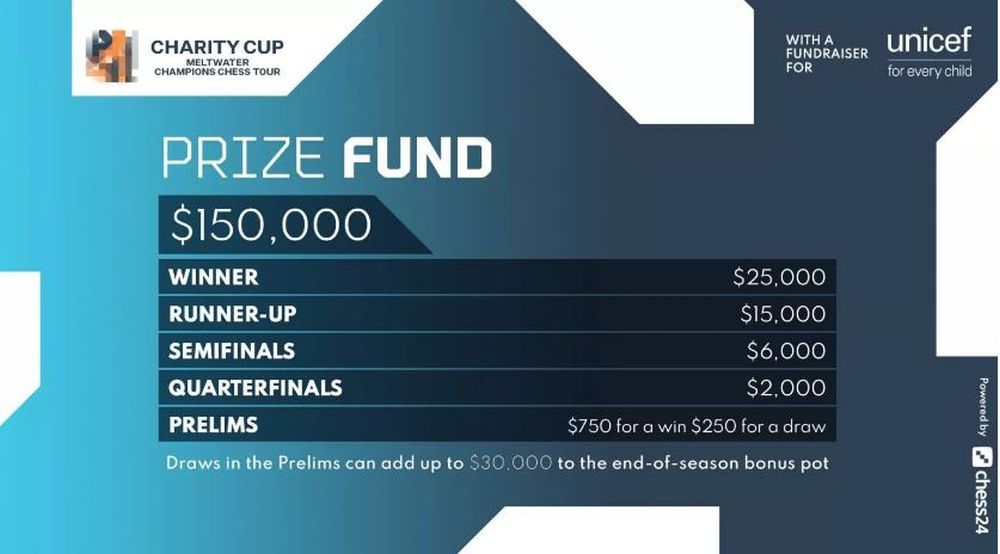 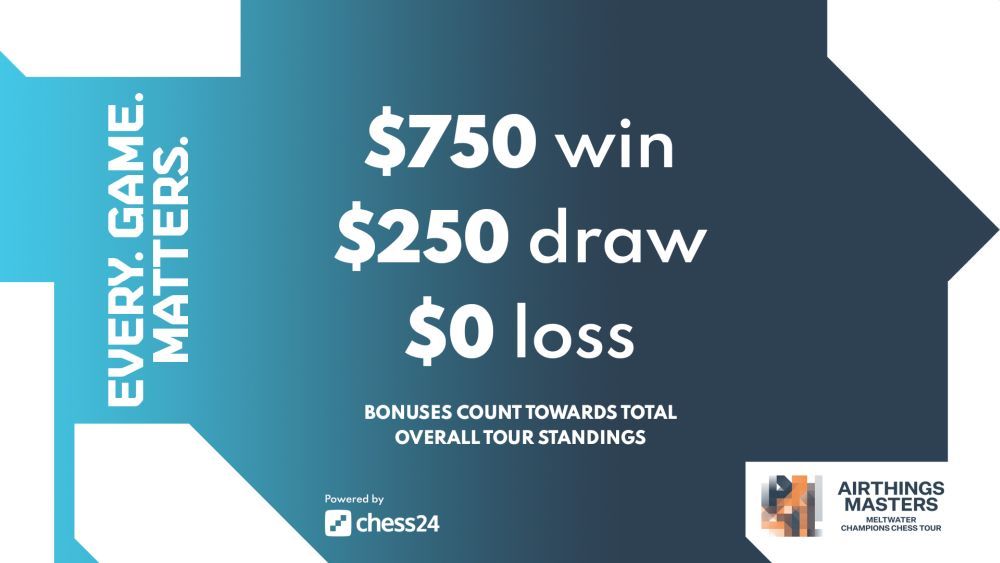 Players are encouraged to play fighting chess with an added incentive | Photo: chess24