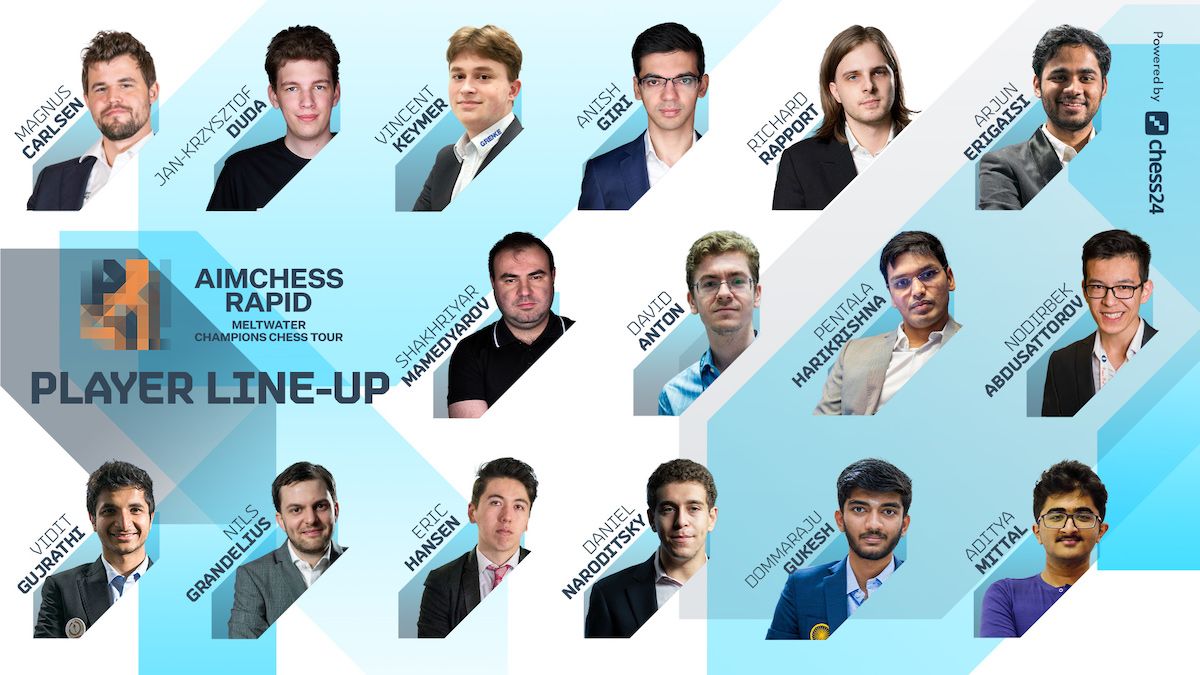 There will be a 4-day preliminary round-robin stage of rapid chess (15+10), before the top eight players advance to the knockout stage. The Quarterfinals and Semifinals match is played in one day with four rapid games each day. Only Finals will last two days, consisting of two matches with four Rapid games each. If the match score is tied, the players will then play two 5+3 blitz games followed by, if needed - Armageddon. 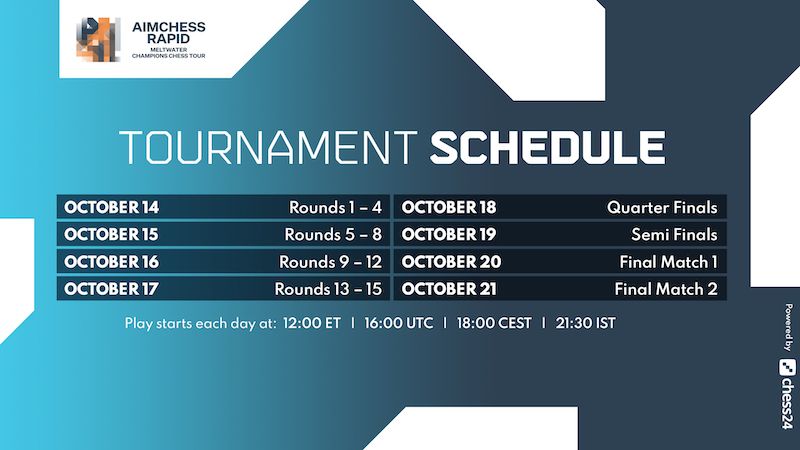 Magnus Carlsen maintains his lead in the tour standings table with $180,000 earnings so far. Praggnanandhaa moved to the second place with $106,500 earnings. However, he will not be taking part in this tournament as he is currently playing in the Fagernes Autumn GM 2022. Jan-Krzysztof Duda moved one place down to third with $105,000 earnings. They will be joined by Vincent Keymer, Anish Giri, Richard Rapport, Arjun Erigaisi, Shakhriyar Mamedyarov, David Anton Guijarro, Pentala Harirkrishna, Nodirbek Abdusattorov, Vidit Gujrathi, Nils Grandelius, Eric Hansen, Daniel Naroditsky, D Gukes and MPL Indian Chess Tour leg 4 winner, IM Aditya Mittal. 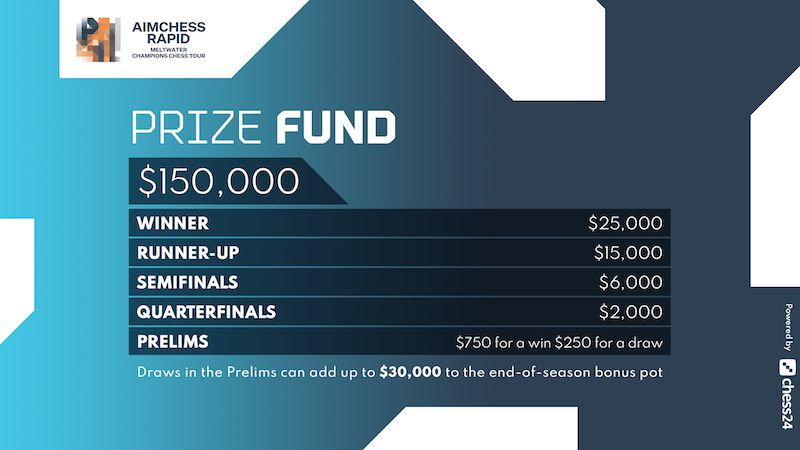 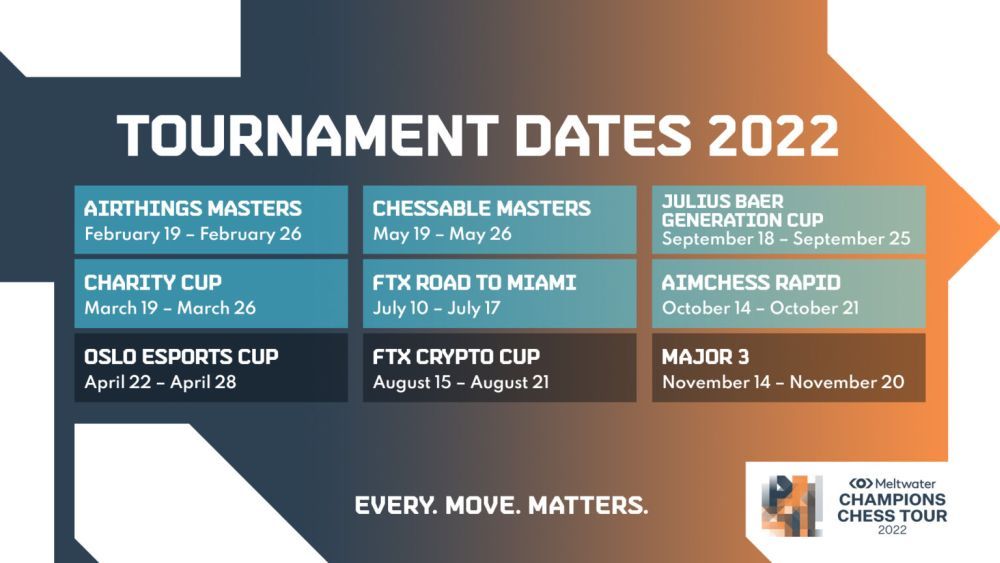 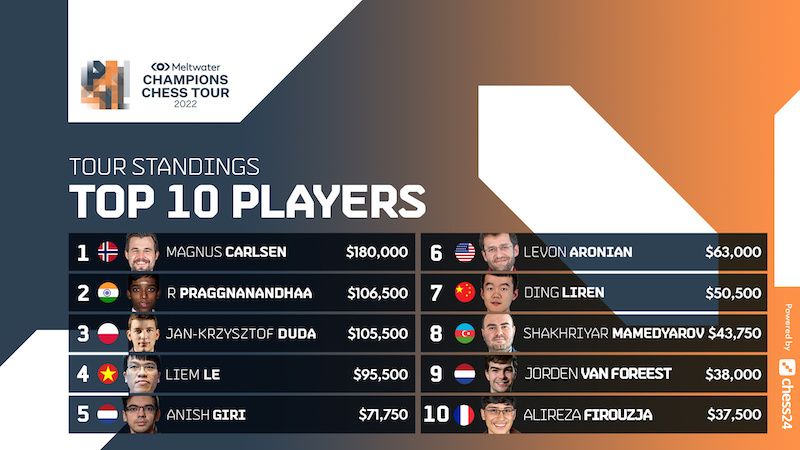