R Praggnanandhaa had his best match of MCCT Finals so far against Jan-Krzysztof Duda. They had six decisive games and White won in them all. They were trading wins and the 17-year-old won a must-win fourth game to force tie-breaks. The teenager started the tie-breaks with a win which put Duda in a must-win situation and he won that. Praggnanandhaa drew the Armageddon with black pieces. Thus, he won the match. Arjun Erigaisi made a short work of Anish Giri in just three games. Former World Blitz champion, Liem Quang Le stretched Magnus Carlsen to his limit and the World no.1 had to win the Armageddon to clinch the match. Carlsen vs Praggnanandhaa and Liem vs Arjun is set for Round 6 which starts tonight, 20th November at 1:30 a.m. IST. Photo: ChessBase India live stream

Anish Giri suffered third consecutive loss without scoring a single game victory. All three losses were conceded in a minimum number of games - three. His preparation prowess is not coming into use and his opponents' have clearly found some gap in his play. Arjun Erigaisi scored his second consecutive victory of the event without losing a single game. He is certainly getting used to the unique match time start in our time zone. 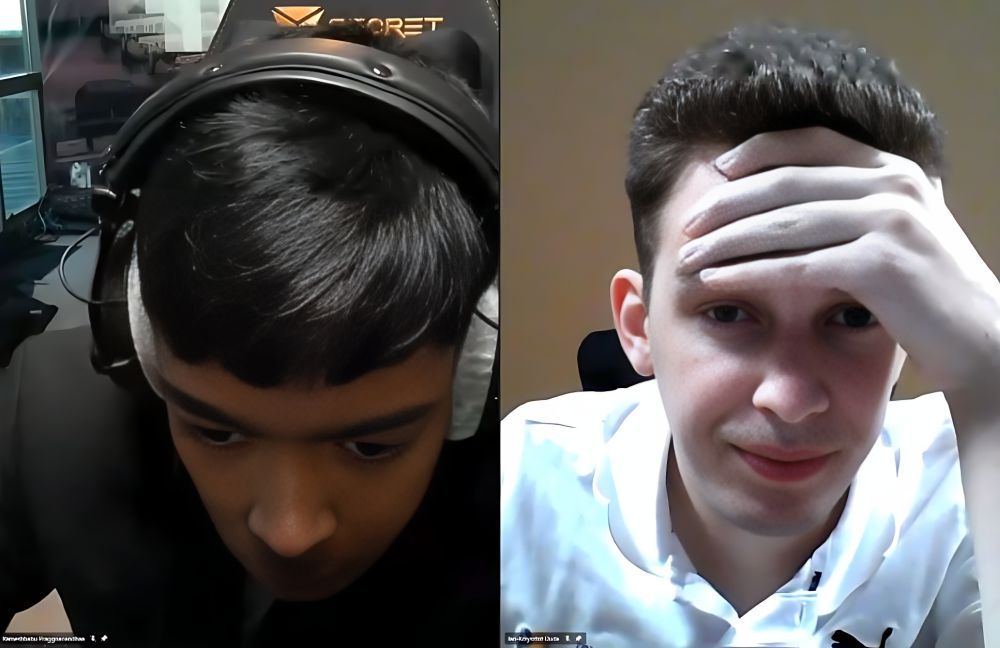 The subtle difference between 45...Kf6 and Kg6 is, black king is now further away from h6-pawn. Black is already behind a pawn and losing more time by attacking the rook. Instead of gaining any tempo, it is Black who lost some valuable time. 46.Rd5 Rh8 47.Bd3 Bxd3 48.Kxd3 and White is winning. The difference of the king's placement is now evident. Black cannot take the h6-pawn with the rook due to the threat of Rd6+, trade the rooks and promote the c-pawn. Arjun converted his advantage into a victory and gained a 1-0 lead.

One again, Giri erred in the endgame for the second consecutive game. 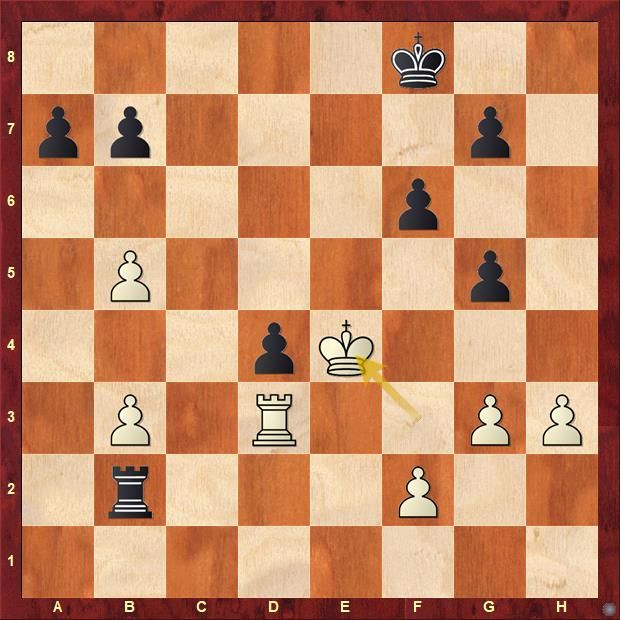 R Praggnanandhaa started the day with a loss against Jan-Krzysztof Duda. However, the former delivered an equalizer immediately in the second game. Duda and Praggnanandhaa repeated the same line of Open Catalan from their first game. However, this time Praggnanandhaa deviated with 11...Bb7 instead of 11...a5 in the first game. The result was the same. In the endgame, the 17-year-old first dropped a pawn then an incorrect tactic cost him another pawn and eventually the game. Thus, the teenager was in a must-win situation in the fourth game. They repeated the same line in the Italian as the second game. This time Duda deviated 12...Ba5 instead of 12...Bg6 which he played in the second game. 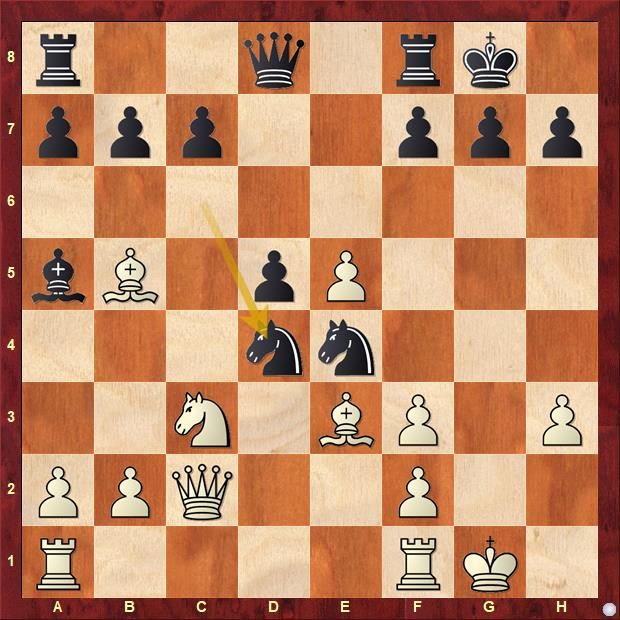 Duda sacrificed his knight having the idea to go for a perpetual check as he needed a draw to win the match. Praggnanandhaaa had to ensure that he does not allow any perpetual. 15.Bxd4 Qg5+ 16.Kh1 Bxc3 17.Bxc3 Qf5 offering another knight for Qxh3+ and Qg4+ perpetual. 18.Rfc1 Qxh3+ 19.Kg1 Ng5 20.Be2 and White went on to win the game and force tie-breaks.

Praggnanandhaa won the first Blitz tie-break game in a beautiful manner. He played like Duda to beat Duda. Praggnanandhaa took charge and started the annihilation with 20.Nxh7! Kxh7 21.hxg6+ fxg6 22.Ng5+ Kg8 23.Bxg6 N5f6 24.Bf7+ Kh8 25.Qd3 Nf8 26.Qh3+ N6h7 27.Rxe6 and White is certainly winning. It is well-known that those who love to attack, does not like to be on the receiving end. Duda certainly did not like defending in this position. Praggnanandhaa won the game eventually and put Duda in a must-win situation.

Duda won the second Blitz tie-break game and forced Armageddon. Praggnanandhaa managed to draw with the black pieces in Armageddon which means he won the match.

On a scale of 0 to Duda, how angry do you get when you blunder on the board? 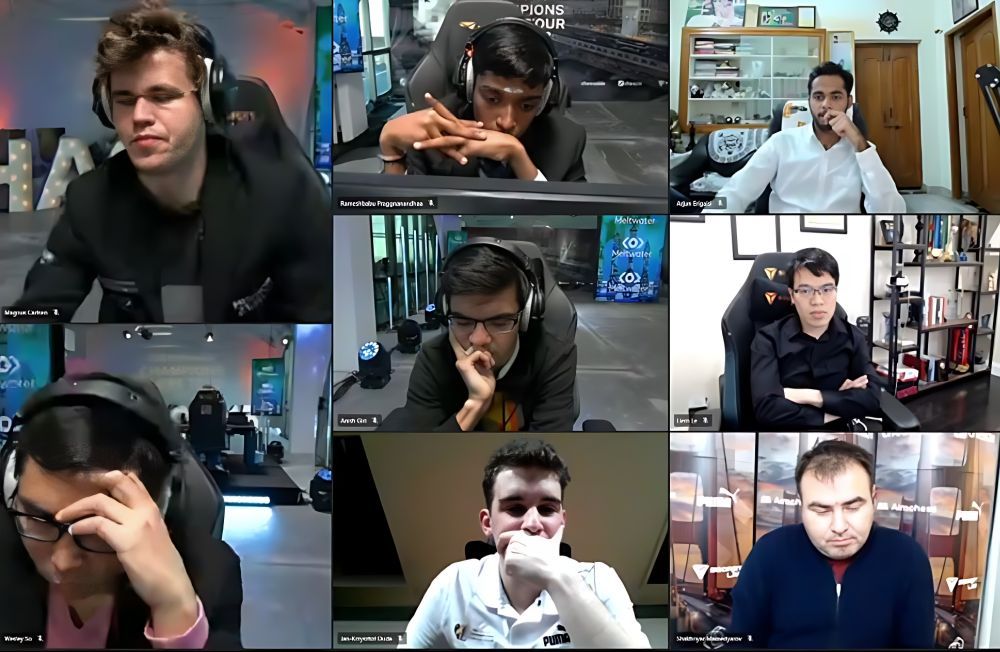 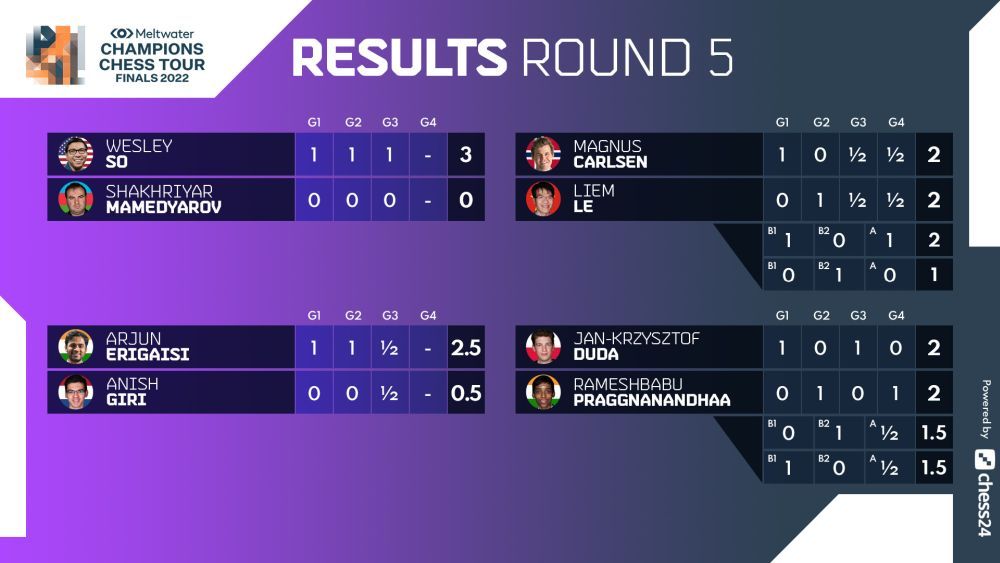 Carlsen leads the table 14/15, both Praggnanandhaa and Arjun Erigaisi are at 6/15 each | Photo: Champions Chess Tour