IM Aditya Mittal was the on verge of beating Magnus Carlsen in their first-ever encounter. The 16-year-old missed his solitary winning opportunity in the fourth round of Meltwater Champions Chess Tour Aimchess Rapid 2022. The world champion avoided a second loss of the day and salvaged a draw. The teenager defeated Sweden no.1 GM Nils Grandelius and drew with GM Daniel Naroditsky. He could not have asked for a better start. Reigning World Rapid champion, Nodirbek Abdusattorov hasa emerged an early sole leader 10/12. He is followed by five players at 7/12 each. Gukesh scored an unbeaten 6/12, Arjun Erigaisi, Vidit Gujrathi and Aditya are at 5/12 each. Harikrishna is still in search of his first win of the event. Round 5 starts tonight at 9:30 p.m. IST. Photo: Champions Chess Tour

The first day of Aimchess Rapid had a lot of exciting games. Shakhriyar Mamedyarov started the day with a win over the world champion, Magnus Carlsen. It certainly inspired him to do well as he defeated Anish Giri in the third round with a spectacular play. It is not only the game of the day, perhaps game of the tournament, season and a strong contender for game of the year too.

Magnus Carlsen (NOR) launched a rapid attack on the Shakhriyar Mamedyarov's (AZE) kingside. He had no trouble halting that motion. The world champion made a rare positional mistake which shifted things completely in his opponent's favor.

27...Bd6 creates a dark square weakness for Black on the queenside after the bishops are traded. 28.Bxd6 Rdxd6 29.Na4 Rf6 30.Qd2 Rxf2 31.Qxf2 the position is relatively balanced now. Soon Black made some moves which completely destroyed the harmony among his pieces and White went on to win the game. 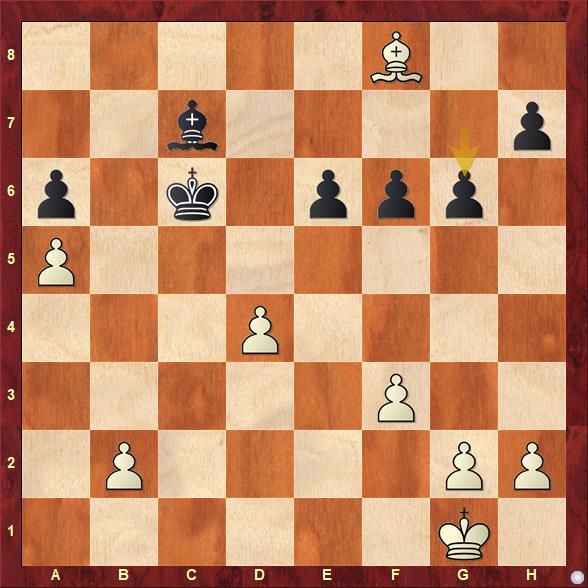 Having an extra pawn gives White the cushion to afford losing one. Since it is an endgame, White needed to activate his king. 40.Kf2 is certainly the move White should have gone for without the worry of losing the a5-pawn. The key reason behind moving the king is, Black's king is way advanced - Kd5 and e5 are the immediate threats. Bishop alone cannot do much, 40.Be7 f5 41.b4 e5 42.Kf2 too little too late exd4 and it's over for White.

Arjun Erigaisi started the tournament with a loss against Vidit Gujrathi. 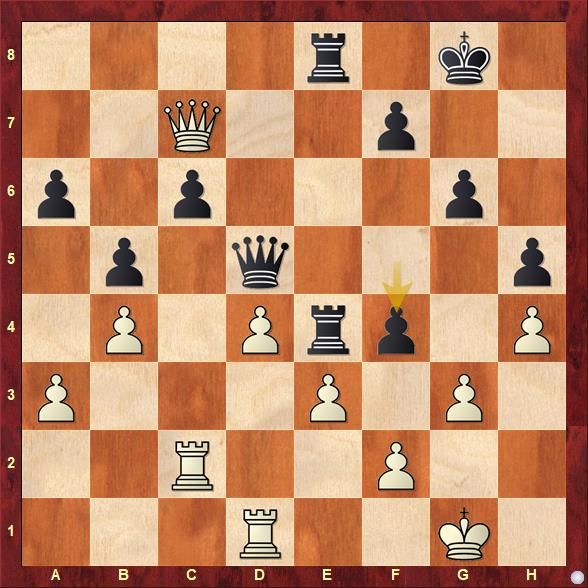 Anish Giri launched a devastating attack on Vidit Gujrathi's kingside to checkmate him in 27 moves. 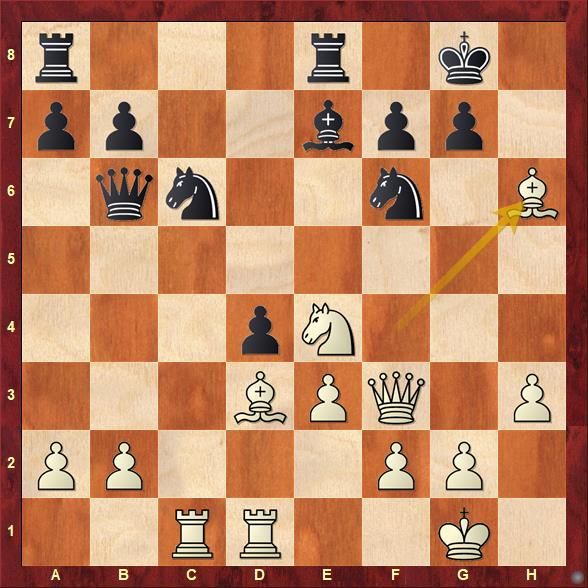 The World no.7 reminded everyone that he can play some very sharp chess on his best day. 17.Bxh6 is a simple tactical move yet it has a strong motive. Black obviously can neither take on e4 nor h6. 17...Nxe4 18.Qxe4 accelerates Black's demise. 17...gxh6 18.Nxf6+ does no good for Black either. It would not be an understatement to say Black's position is completely lost after 17.Bxh6 irrespective of how Black responds to it.

IM Aditya Mittal scored his first win of the event against Sweden no.1 GM Nils Grandelius. 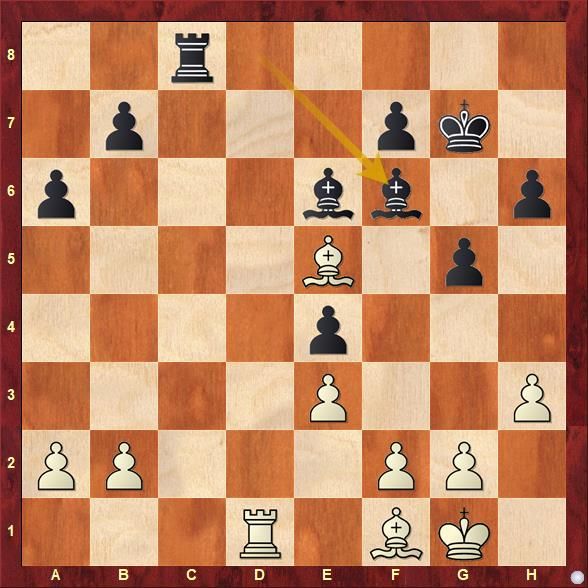 Mamedyarov played a spectacular game to beat Giri. The Azerbaijan no.1 and World no.13 sacrificed his rook, bishop and queen, before promoting a new queen and using it to win. All of these happened in just 30 moves.

IM Aditya Mittal drew with GM Daniel Naroditsky (USA). Although the former was better for the majority of the middlegame.

Arjun Erigaisi scored his first win of the day by handing Pentala Harikrishna his first loss of the event.

Anish Giri suffered second consecutive loss of the day, against D Gukesh in the fourth round. The World no.7 miscalculated a line and paid a heavy price for it. 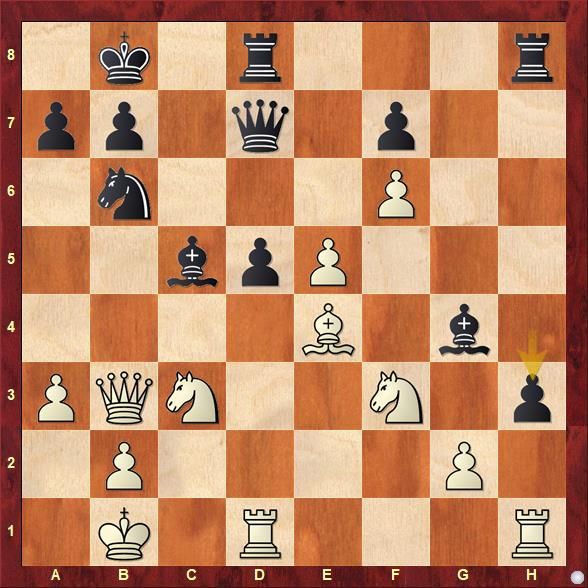 IM Aditya Mittal had a great opportunity to beat the world champion, Magnus Carlsen in their first ever encounter.

38...Qb6 would have given Black a decisive advantage. It would not be immediately winning for Black as he would require to make some precise moves to convert his advantage. 38...a3 was played and the tiny window of opportunity closed for Black. The world no.1 managed to avoid a second loss of the day by salvaging a draw. 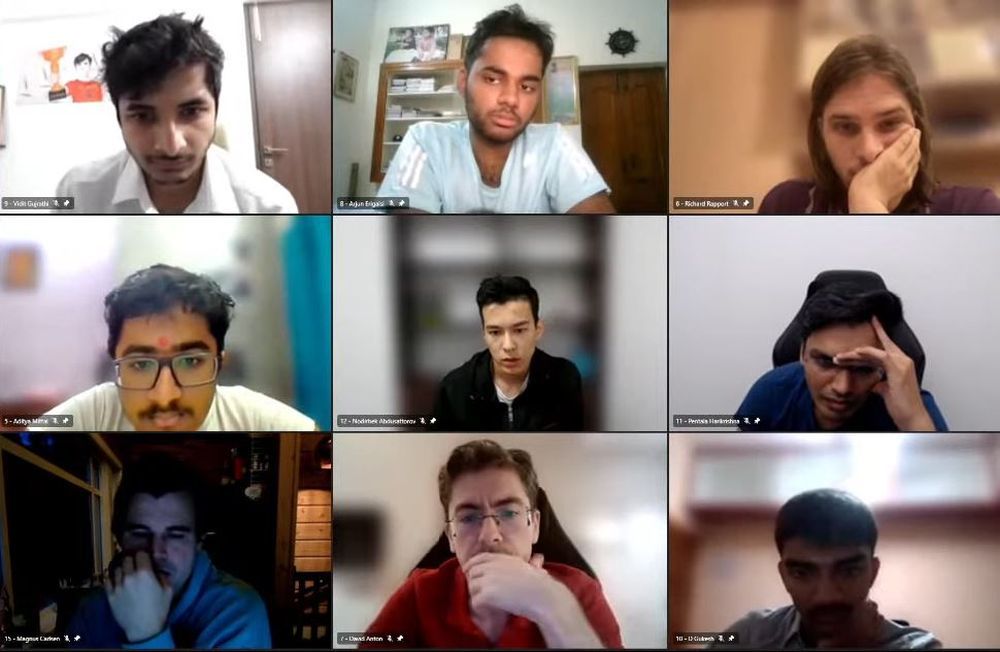 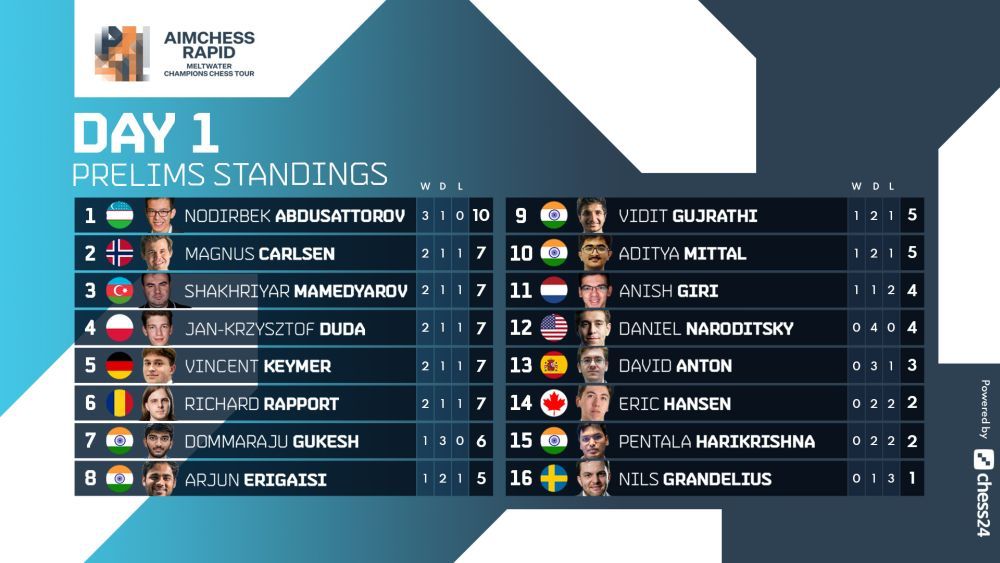