Magnus Carlsen decimated the field to top the Meltwater Champions Chess Tour Julius Baer Generation Cup Prelims 34/45, It is the highest prelims score of the tour in this season. The world champion scored ten wins including a five-game win streak. He defeated Christopher Yoo, Radoslaw Wojtaszek and Vincent Keymer on the final day. Arjun Erigaisi drew with Wojtaszek and lost the next two games against Keymer and Anish Giri. Still he managed to finish second 25/45. Praggnanandhaa started the day with a loss against Aronian, drew with Giri and won against Ivan Saric to advance to the knockout stage scoring 23/45. Quarterfinals start tonight at 9:30 p.m. IST. Photo: Champions Chess Tour

Arjun Erigaisi and Praggnanandhaa are through to the Quarterfinals

"Unfortunately I cannot particularly speak on that, but people can draw their own conclusion and they certainly have. I have to say I am very impressed by Niemann's play and I think his mentor Maxim Dlugy must have been doing a great job." - Magnus Carlsen on resigning against Hans Niemann in the sixth round. "I am happy to play chess. That usually makes me happy... The score in the preliminaries is nice but now I am facing a very strong opponent already in the Quarterfinals, so it doesn't necessarily mean anything at this point." - Carlsen on his record prelims score of 34/45 in this tour. He also added, "I hope to say a little bit more after the tournament."

Magnus Carlsen was on par with some of his best Rapid Round-Robin event | Photo: Champions Chess Tour

"I think individual people will answer the question pretty differently depending on their own experiences. Regardless of whether it is a massive problem or not, I think it's fairly easy to cheat. On a general basis I think that cheaters in the future should not be taken lightly online or over-the-board." - Carlsen on cheating in chess. His advice to youngsters on it, "I understand that it's tempting but I wouldn't recommend it."

Apart from Praggnanandhaa, Germany no.1 Vincent Keymer was the only other person who got himself very close to beating the world champion. Black's queen was already on f2 a few moves ago. Now 39...Qf2 is more effective as the king has moved to f7 which means White does not have any counterplay. Unfortunately for him, he missed a few chances before White traded the bishops via 42.Bh3 Rb3 43.Bxe6+ and eventually the world no.1 won the game.

Praggnanandhaa finished the Prelims with a win over Croatia no.1 Ivan Saric. The former started the day with a loss against Levon Aronian and then drew the following game with Anish Giri. 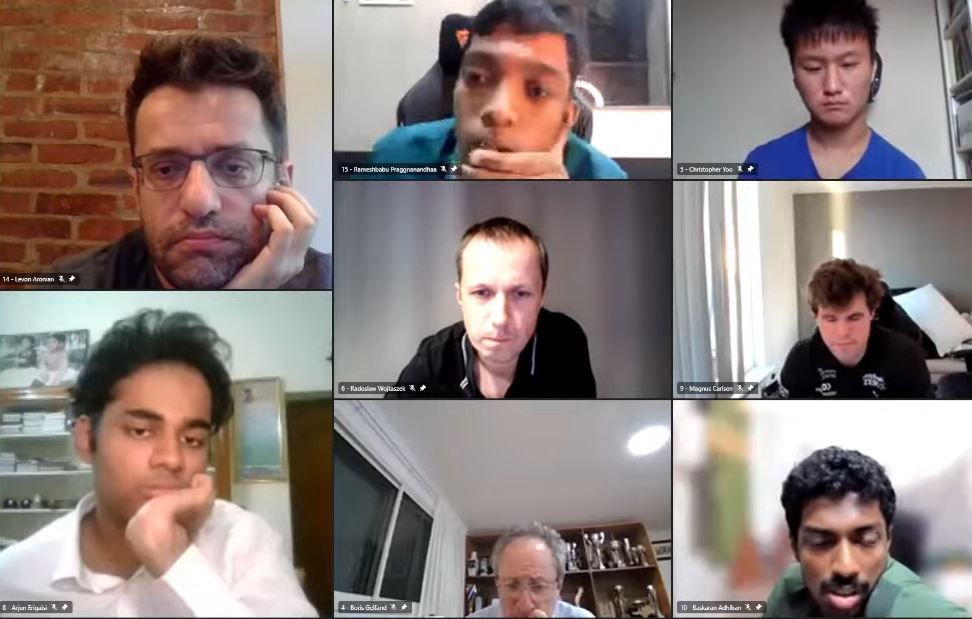 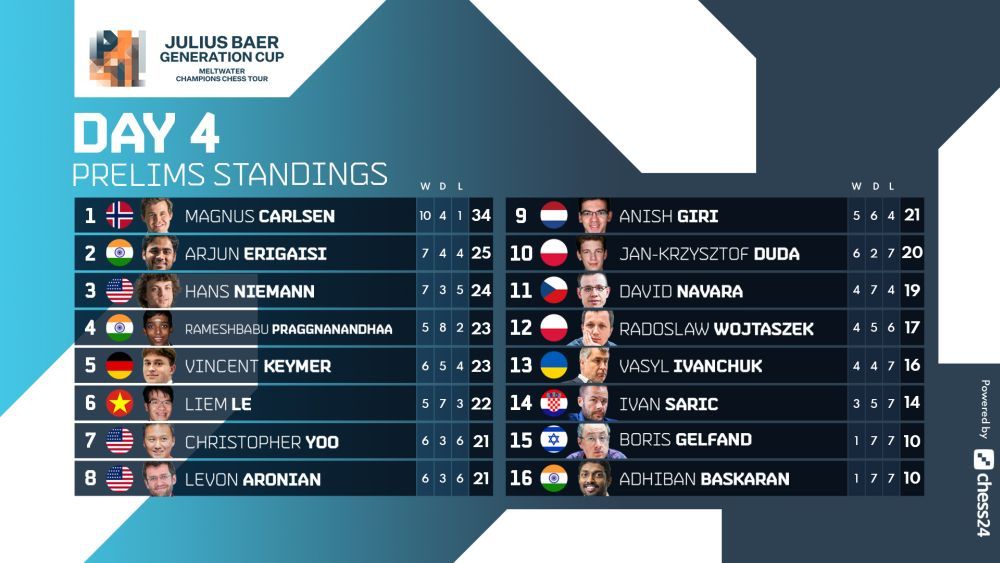 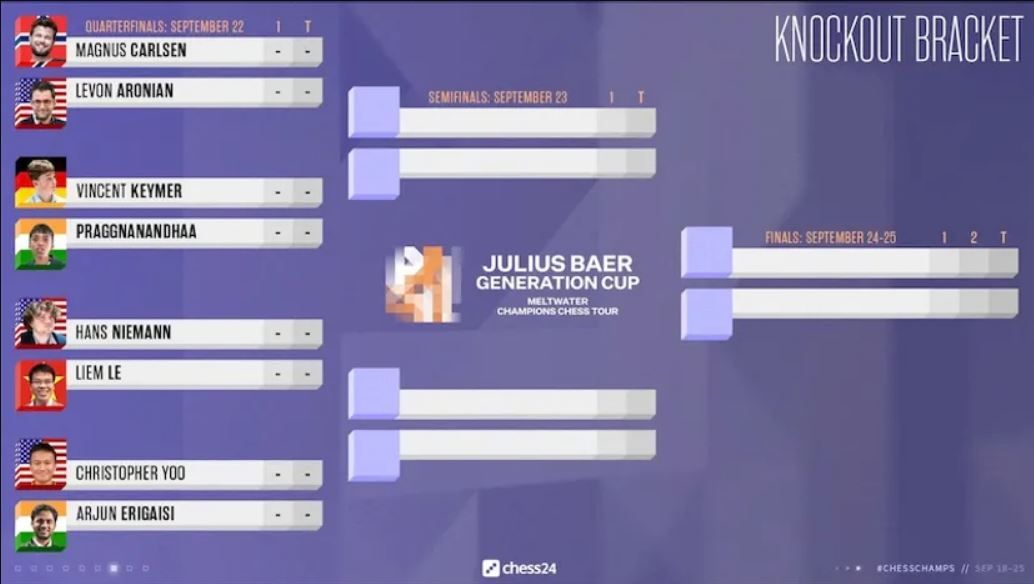 It will be Carlsen vs Aronian, Keymer vs Praggnanandhaa, Hans vs Liem and Yoo vs Arjun at the Quarterfinals | Photo: chess24