Arjun Erigaisi scored his first point in the fourth round of Meltwater Champions Chess Tour Finals. After missing a win in the first game, the teenager ensured that he does not let another opportunity slip by. He won the second one by seizing his material advantage in the endgame. In the third game, he missed a slightly difficult tactic. However, in the fourth game he made a beautiful finish to win the match 1-3 in his favor. Praggnanandhaa drew three games and lost one against So to lose the match 1.5-2.5. He just needed to be unafraid in the third game to avoid a loss. Carlsen and Liem were the other two victors of the round against Giri and Duda respectively. It's Arjun vs Giri and Praggnanandhaa vs Duda in the fifth round, starting tonight, 19th November at 1:30 a.m. IST. Photo: ChessBase India live stream

When it comes to Anish Giri, it is no secret that the frenemyship between Magnus Carlsen and him is long over. So whenever these two face each other since their twitter banter came to an end early this year, the World no.1 almost always feels like the need to unleash his 'Viking mode' on the Dutchman. Jan-Krzysztof Duda suffered a winless loss against Liem Quang Le by 3-1. 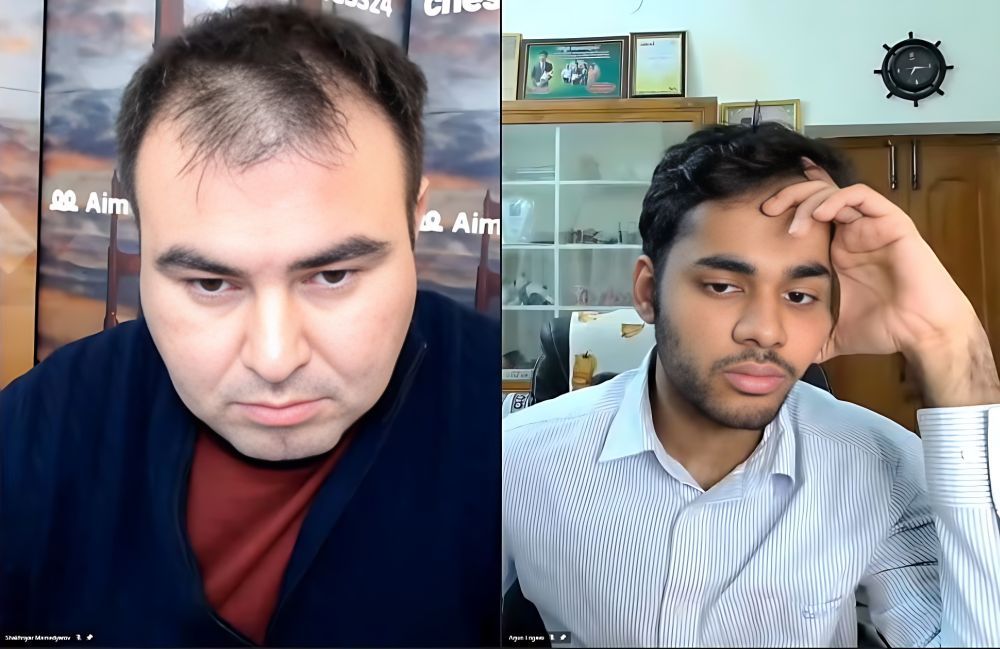 Arjun Erigaisi got a decisive advantage against Shakhriyar Mamedyarov in the first game. 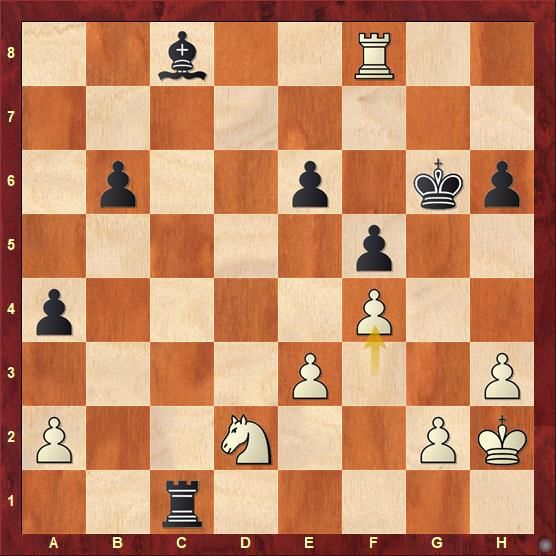 32...Rc2 33.Rd8 Bb7 threatening Bd5 to block the support to the d2-knight would have been the correct and winning plan for Black. Even after 32...Bb7 33.Rb8 Bd5 34.Nf3 it was still possible to execute the same idea Rc2. However, Black exchanged his bishop for the knight 34...Bxf3 35.gxf3 and his advantage evaporated.

Mamedyarov gave up an exchange in the second game. He could not find enough compensation for it. Arjun's precise play earned him a full point. Thus, he gained a 0.5-1.5 lead after Game 2. 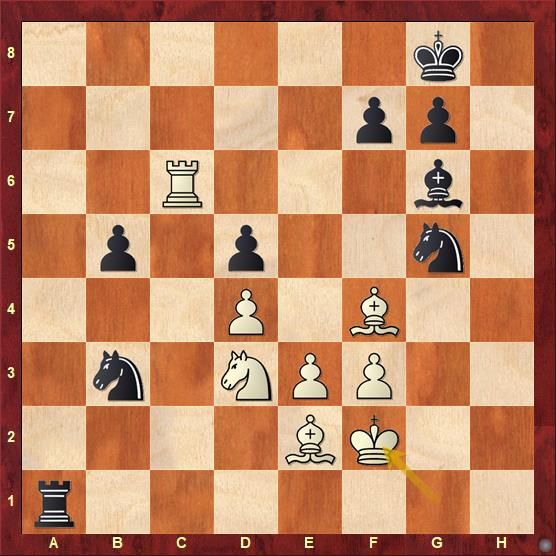 Arjun was winning the third game too. He missed a slightly difficult tactic, something that is not easy to spot. Try to find the winning continuation for Black after 31.Kf2. Final position after 33.Be5+

The final move 33.Be5+!! is undoubtedly a thing of beauty. No matter how Black decides to capture the bishop or not, the mate in two is inevitable. It was possible to play Be5 a few moves earlier and finish the game, then again it won't be that pretty finish. 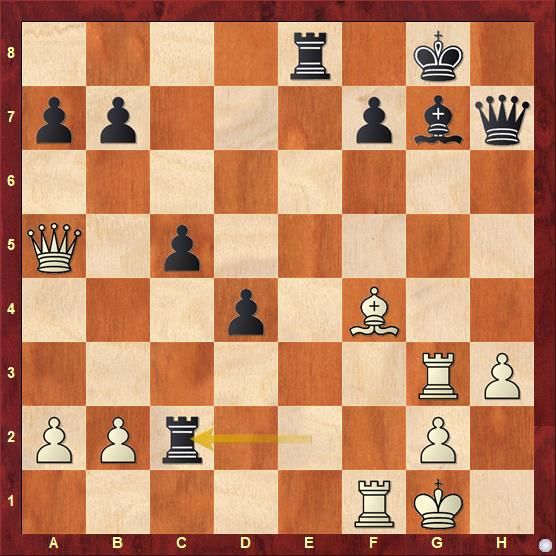 29.Be5 wins on the spot for Black as there is no way to save the bishop at g7 and also keep the back rank defended at the same time. Anyway Arjun won the his first match of the event convincingly 1-3.

The first two games between R Praggnanandhaa and Wesley So were well-contested draws. Praggnanandhaa needed to play a bit more bravely in the queen and double knight endgame in their third encounter. 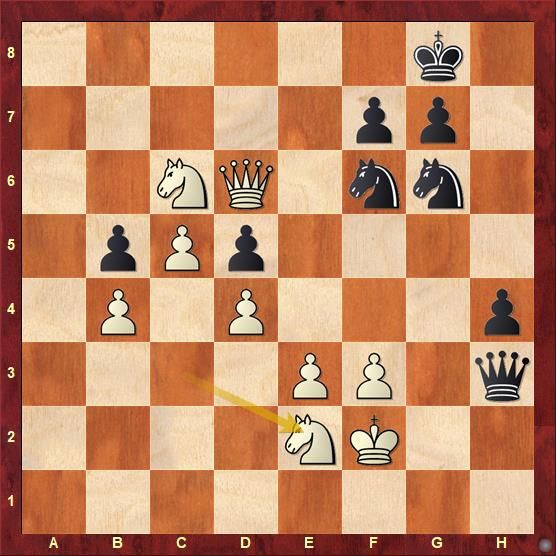 32.Ne2 invited trouble Nh5 33.Ng1 Qh1 34.Ne2 Ng3 and it's over for White. 35.Nxg3 Qh2+ 36.Ke1 hxg3 the new passed pawn on g3 is unstoppable. White needed to go 32.Nxd5. Whether Black exchanges the knight or not, White remains safe as Black cannot launch an attack by ignoring his own king's safety. So was winning the fourth game. However, he decided to keep things safe and make a draw as it was enough for him to win the match 1.5-2.5. 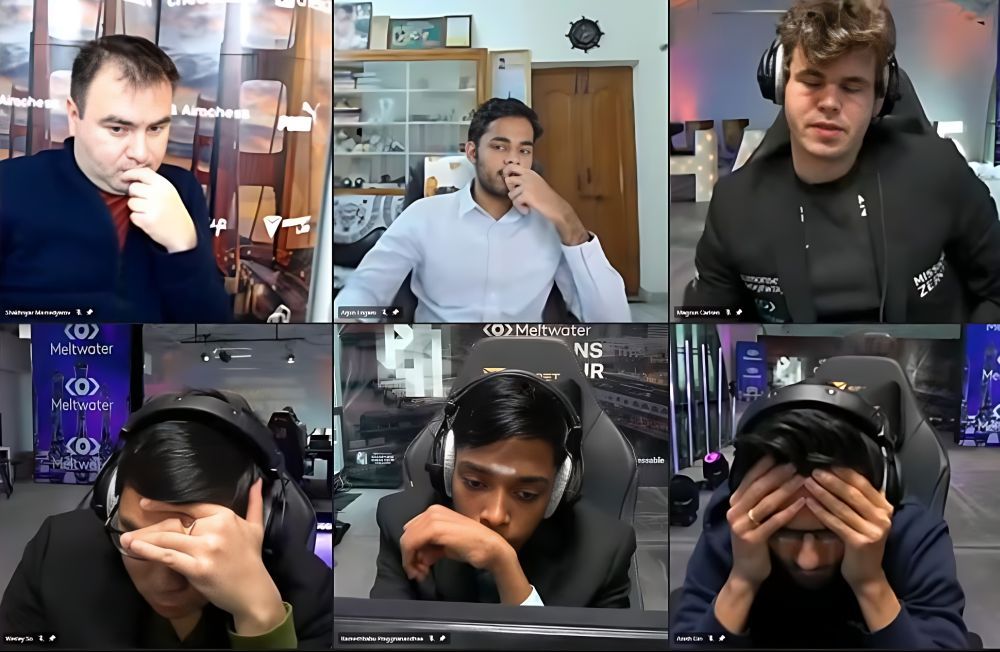 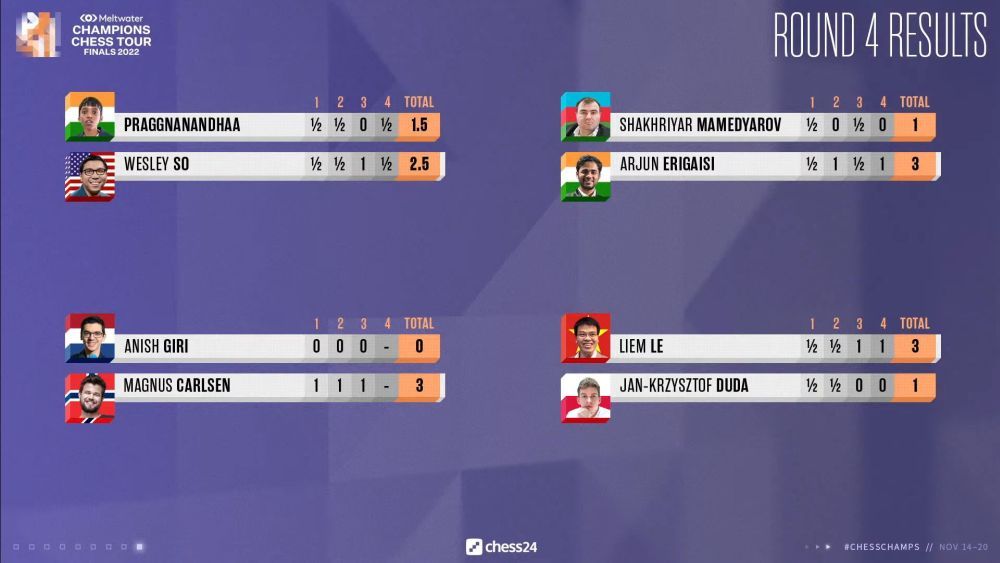 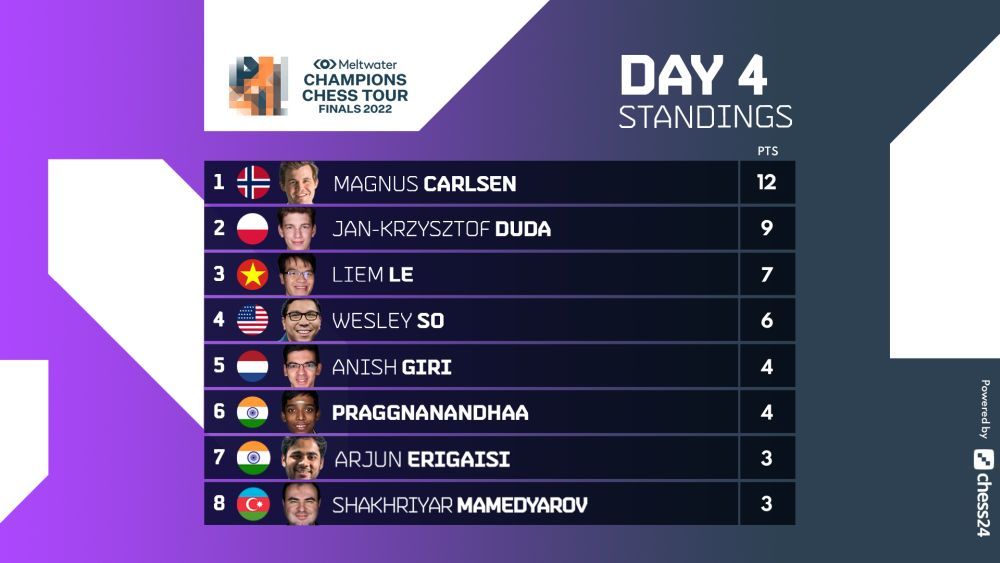