Praggnanandhaa once again took the minimum number of games to win in his Round 2 match. He beat Mamedyarov in his own style, by taking the attack to his opponent in Meltwater Champions Chess Tour Oslo Esports Cup. This win ensured Praggnanandhaa is in the sole lead with 6 points and $15000 earnings. Carlsen lost to Liem Quang Le. After a loss in the first game due to mouse slip, the world champion drew the second game, won the third one. However, he lost the fourth game and the match. Duda-Giri went to the tie-breaks and the FIDE World Cup 2021 winner emerged victorious in it. Round 3 starts tonight at 9:30 p.m. IST. Photo: chess24

Praggnanandhaa is in terrific form. He is the only player so far to have won both matches and also taking the minimum number of games to do so. He is followed by Anish Giri at 4 points and $10000 earnings. Pragg has a tough challenge in Round 3 in the form of Liem Quang Le who just beat the world champion in Round 2. 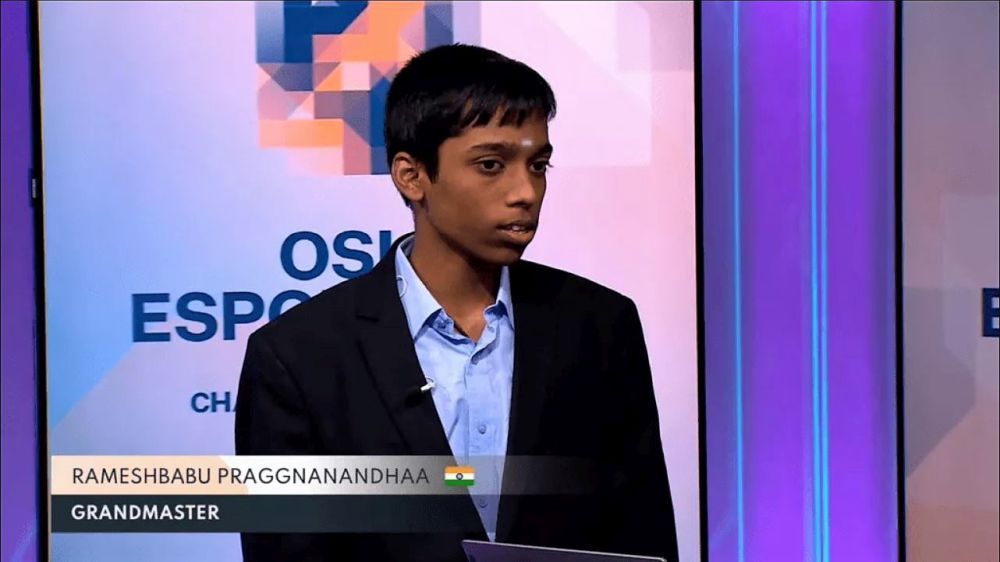 Praggnanandhaa won his second round match with the exact same number of games as Round 1 | Photo: chess24

What is the best way to beat an attacking player? You have to take the attack to your opponent before he can manage to launch one himself. That is exactly what Praggnanandhaa did in the first game. 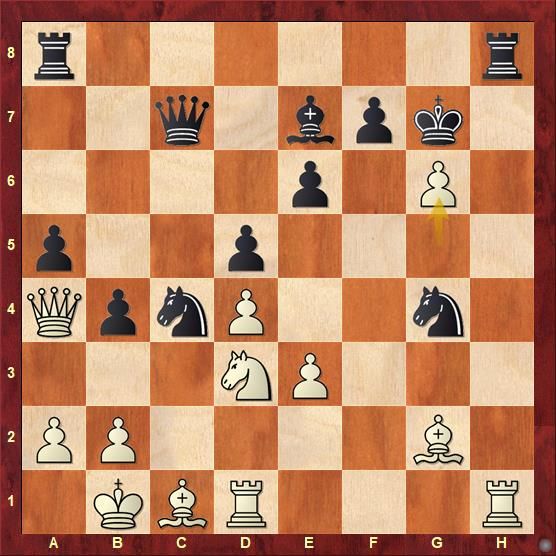 24.g6 is a very interesting move. It poses a lot of difficult questions to Black. 24...Ngxe3 would have been the precise way to continue. It was not easy to find. 24...Ncxe3 25.gxf7 and now Black blundered Nxg2 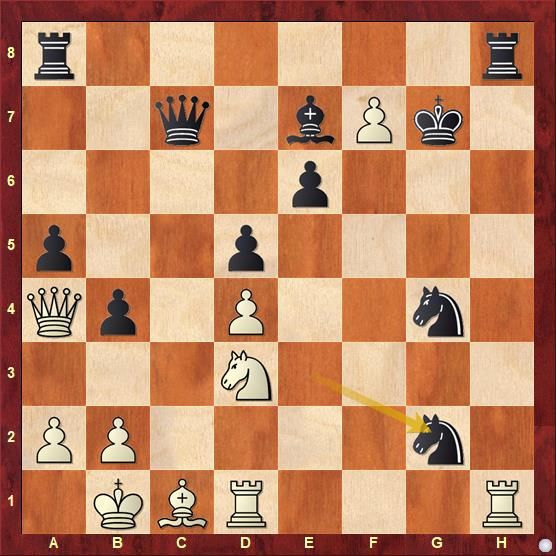 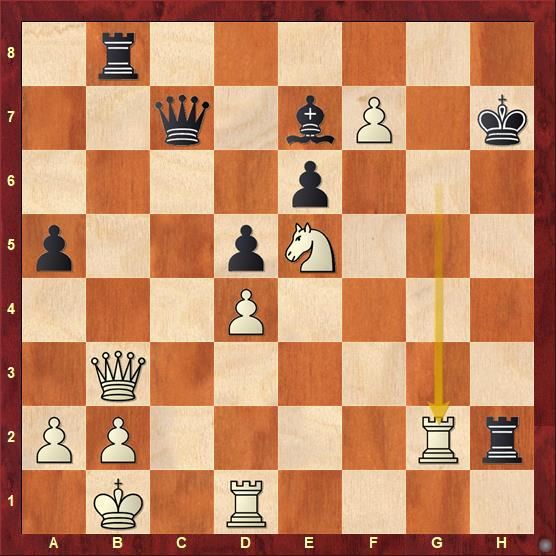 Praggnanandhaa made a beautiful finish 32.Rg2!!

The second game was a well-fought draw. In the third game, Pragg beautifully capitalized on his opponent Mamedyarov's inaccuracies. 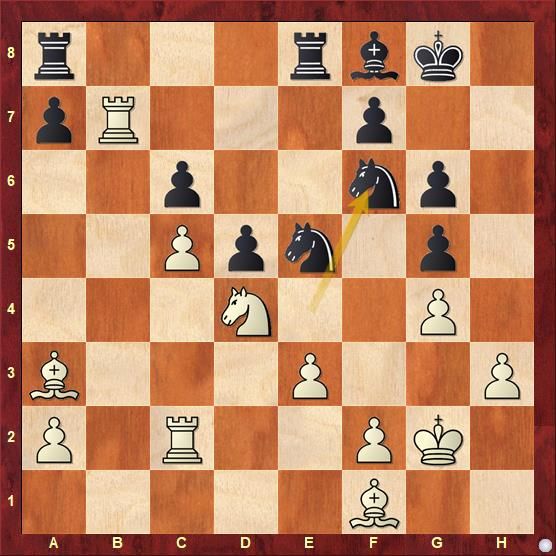 White has a space advantage, well coordinated pieces and a rook already invaded on the seventh rank. 26...Nf6 just makes things that much difficult for Black 27.Ba6 Rab8 28.Rc7 causes the fall of c6-pawn. 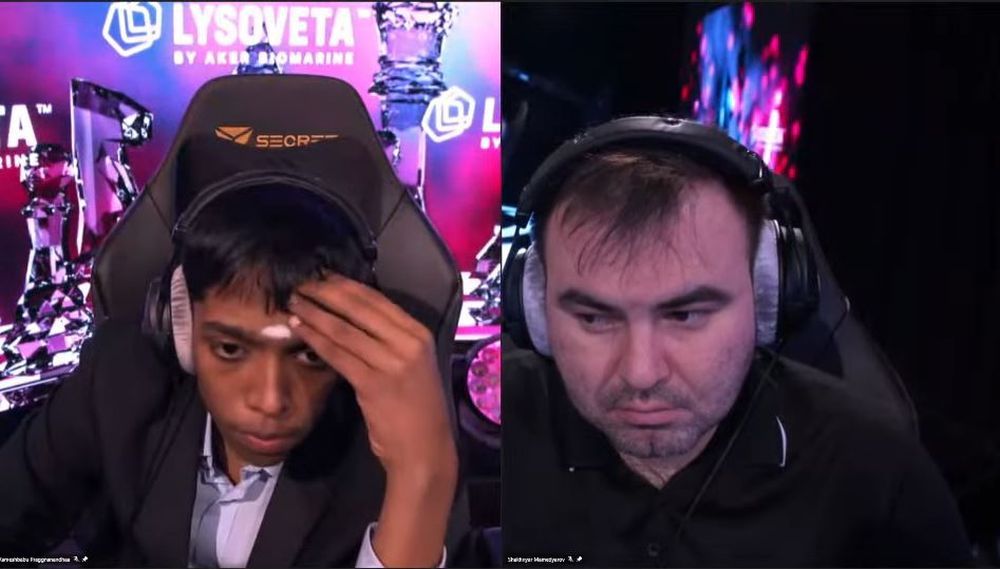 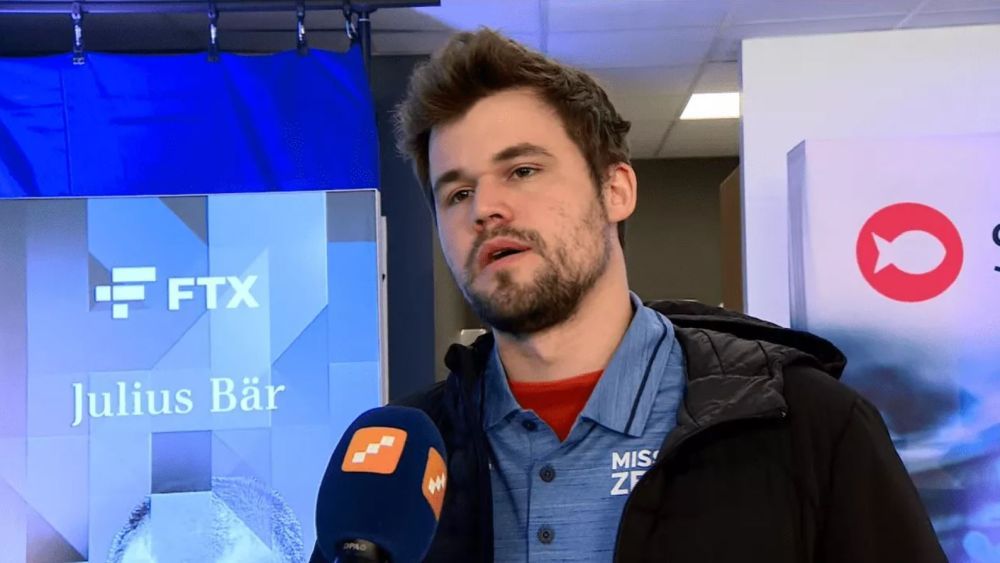 It was a tough day for Carlsen | Photo: chess24
The agony of Magnus Carlsen | Queen Blunder or Mouse slip? | Video: ChessBase India 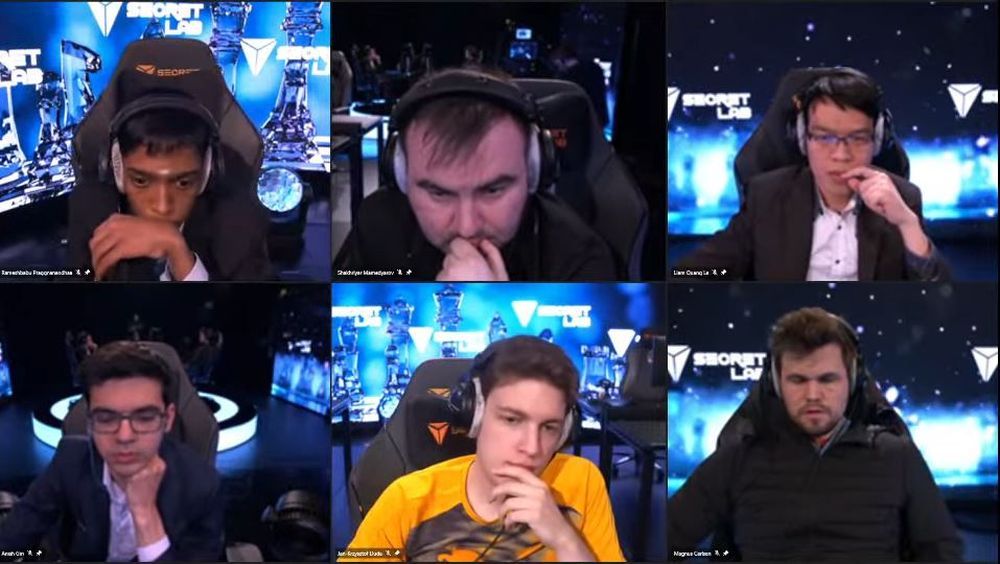 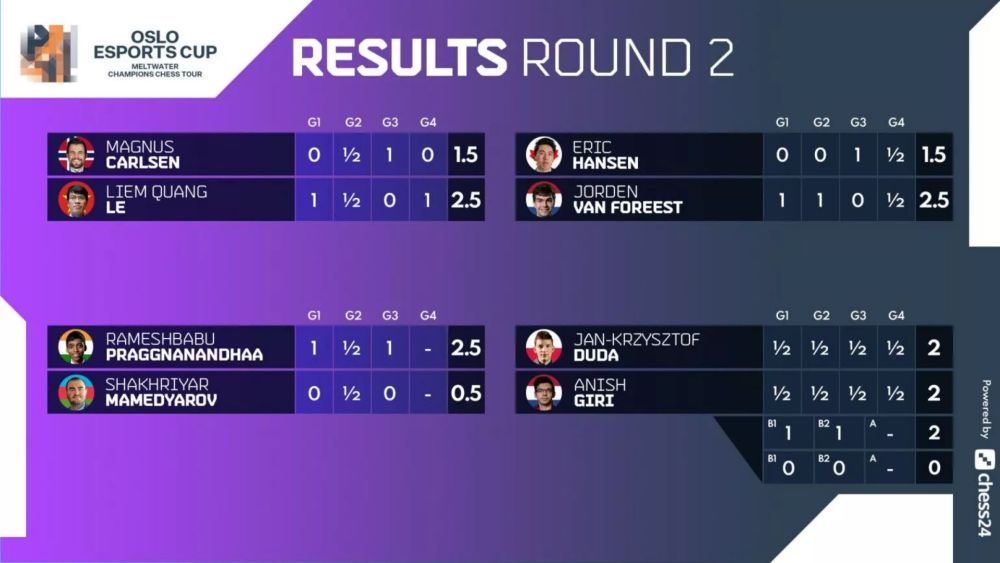 Only Praggnanandhaa won his Round 2 match in minimum number of games | Photo: chess24 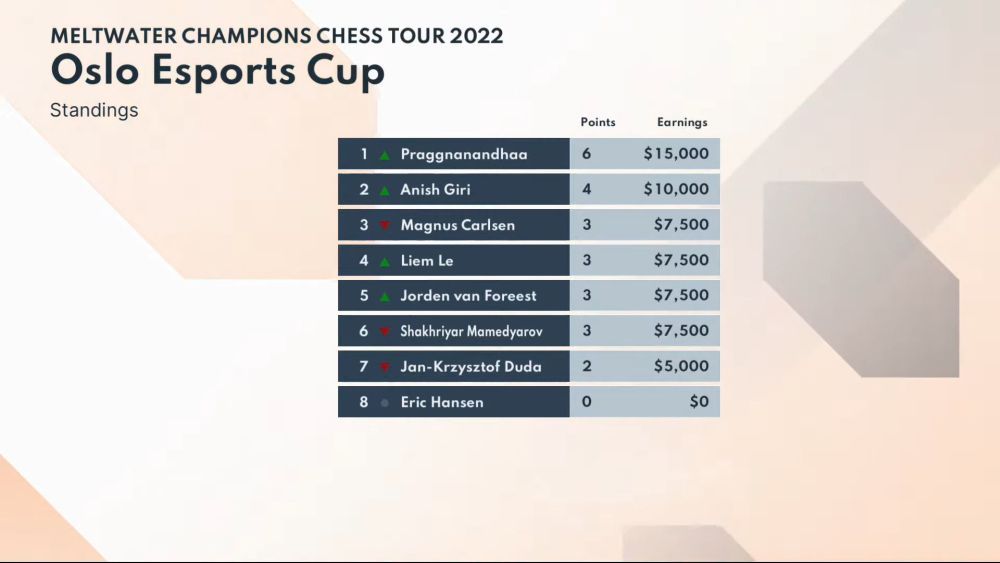 Praggnanandhaa is in the sole lead with 6 points and $15000 earnings | Photo: chess24 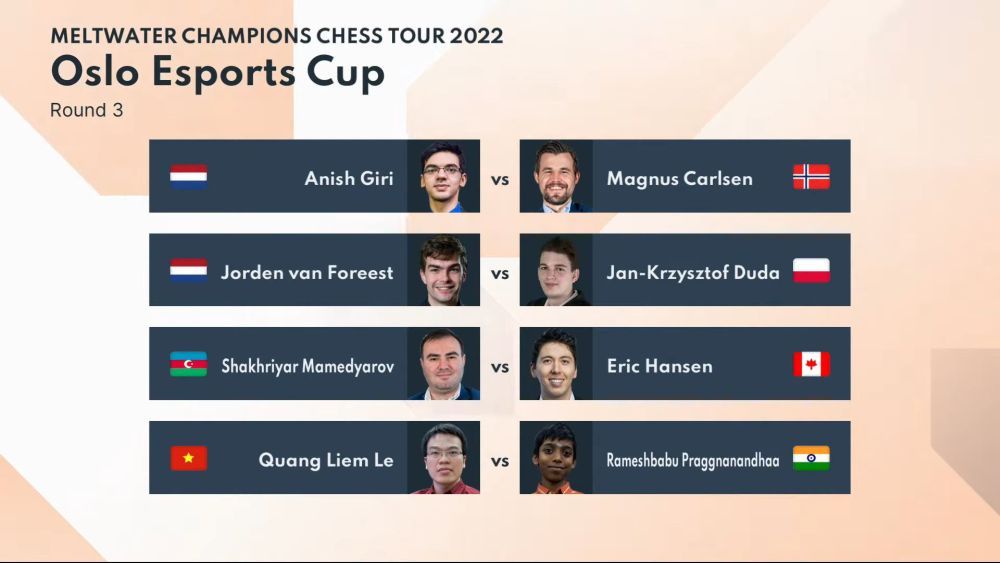 Pragg will face Liem in the third round | Photo: chess24