Praggnanandhaa had not defeated Alireza Firouzja in any format until yesterday. The recently turned 17-year-old started his Meltwater Champions Chess Tour FTX Crypto Cup 2022 with a resounding victory over the former world no.2. The current world no.4 struck back immediately in the second game. However, he faltered in the next and Praggnanandhaa took the lead. The fourth game ended in a draw, which meant Praggnanandhaa won the match. Jan-Krzysztof Duda, Magnus Carlsen and Levon Aronian were the other three victors of the round. Praggnanandhaa will face Giri in Round 2 which starts tonight at 9:30 p.m. IST. Photo: ChessBase India live stream

The first round of FTX Crypto Cup had nine decisive games and seven draws. Anish Giri has not defeated the world champion in any format since World Blitz 2021 and that continues. Jan-Krzysztof Duda perhaps scored the most picturesque win of the round against Hans Niemann in their second game. 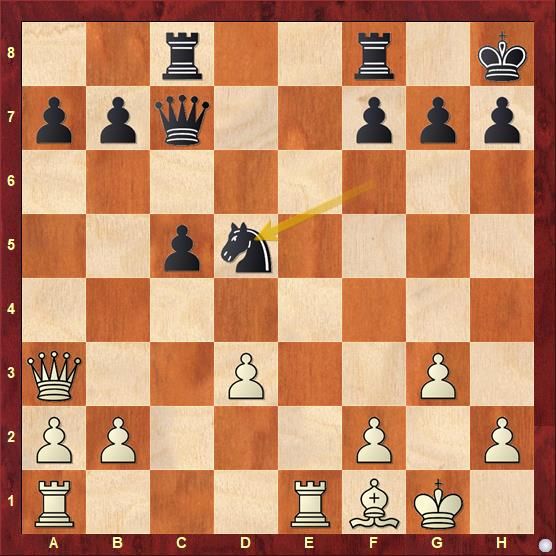 In the second game, Praggnanandhaa got himself a substantial advantage against Firouzja. However, he made an error when he was down to the last minute on the clock. 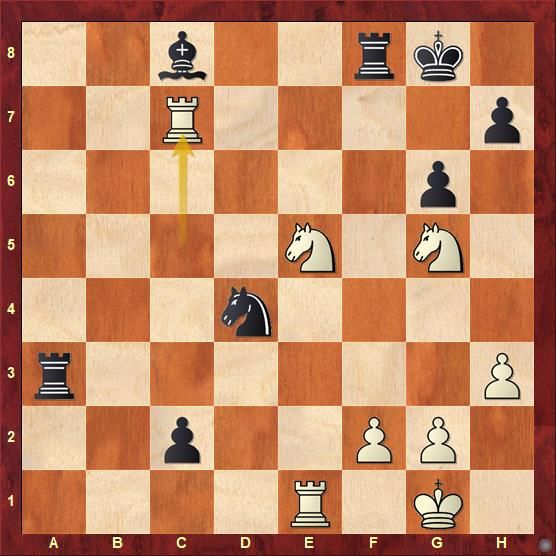 33...Rb3 threatening Rb1 was the only way for Black to maintain the upper hand. In the game, Black was down to less than a minute left on the clokc. He played 33...Ba6 which cost him the c2-pawn after 34.Ng4 Nf5 35.Rxc2 and eventually the game too.

Firouzja got a significant advantage in the endgame of the third game. 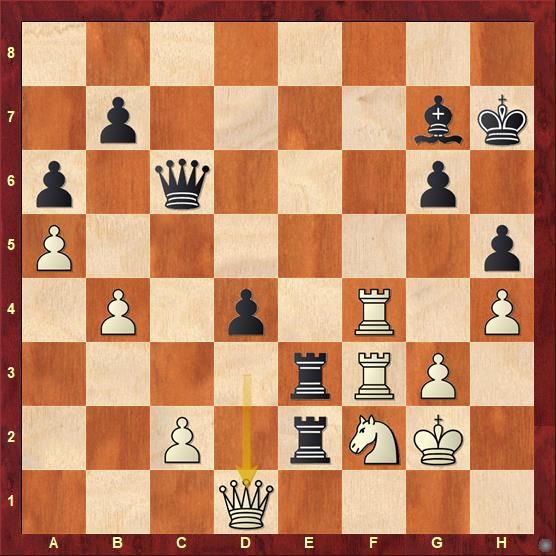 Black is completely winning here. Both players were down to the final few seconds on their clocks. 43...Rxc2 is the correct way to proceed for Black. However, he opted for 43...Qxc2 which allowed White to bounce back 44.Qxc2 Rxc2 45.Rf7 Kh6 46.Rxb7 Ree2 47.Rd7 d3 48.Rdxd3. Eventually Black made a blunder in a drawn rook endgame. 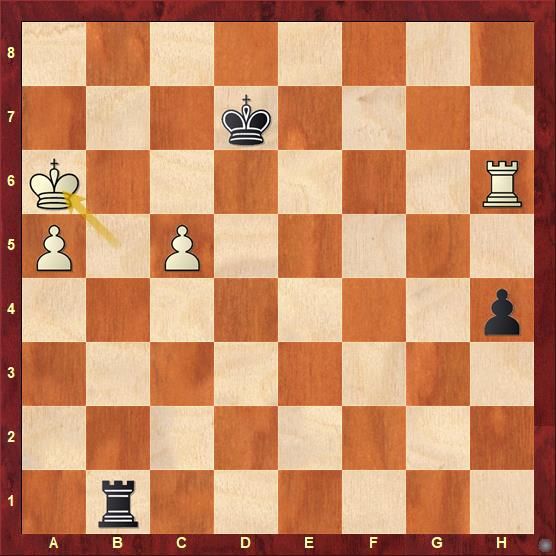 Black can exchange the h-pawn for the c5 and it is well-known that White cannot win with the rook-pawn. However, Black made a blunder 68...Ra1. Find out why it is a big mistake and what Black could have done to save the game.

Pragg rises back from the dead to beat Firouzja | Video: ChessBase India

The fourth game was a draw, which means Praggnanandhaa won the match 2.5-1.5, thus he earned 3 points for winning his Round 1 match. 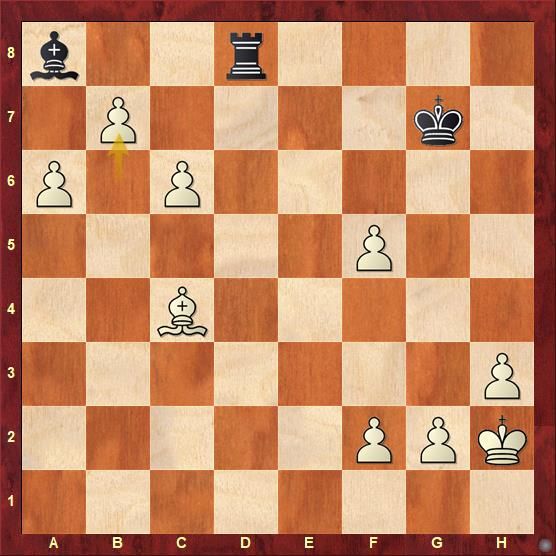 Final position after 59.b7

Jan-Krzysztof Duda won the second game with the most picturesque finish of the day 59.b7. The creative genius almost always finds a way to create something beautiful in his game. 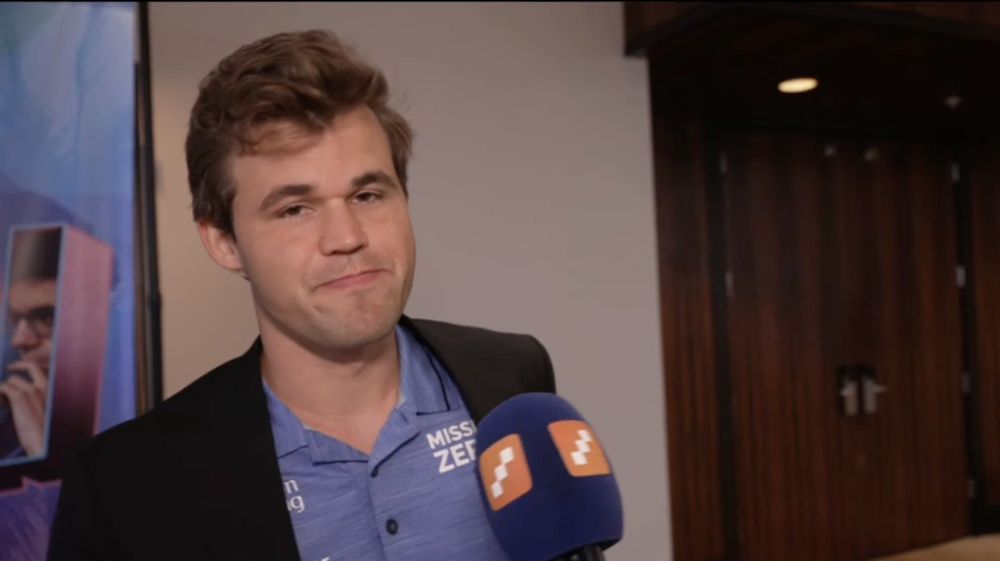 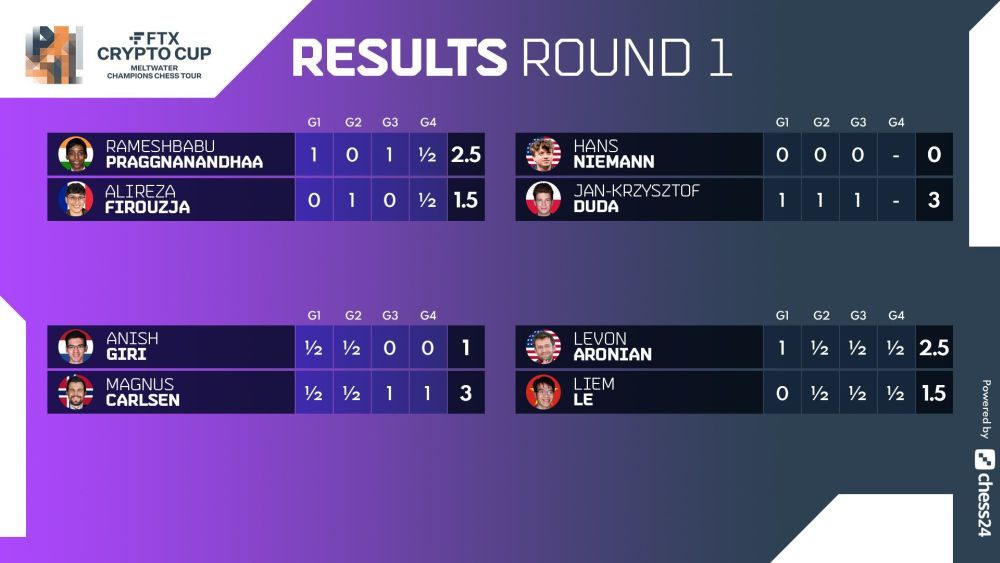