Jan-Krzysztof Duda made an excellent comeback in the second set of Finals. Despite being in a must-win situation, he started the day with a loss. Then he won the next two games. The third game can easily be called a masterpiece by Duda, although he missed an earlier win. The fourth game was drawn which meant Duda won the second set 1.5-2.5. However, Magnus Carlsen showed why he is the world champion by winning both tie-break Blitz games without giving any opportunity to his opponent. Carlsen won the Charity Cup, his second consecutive Meltwater Champions Chess Tour event of the 2022 season. The next event of the tour will be a Major which starts on 20th April. Photo: chess24

Duda almost made a brilliant comeback

"Obviously a huge relief now. This is right out of the playbook of what feels like every tournament last year after the first few ones. It seems like I am cruising then there is one bad moment and it all falls apart." - Magnus Carlsen on winning the Meltwater Champions Chess Tour Charity Cup.

"It's been a very tiring day. It's some miracle that actually I managed to win so many games today, that the event was decided in blitz. I feel as if I played very good chess. It's kind of unexpected. When I thought I had a chance in Blitz, I collapsed," - Jan-Krzysztof Duda on his performance in the second set of the Finals. 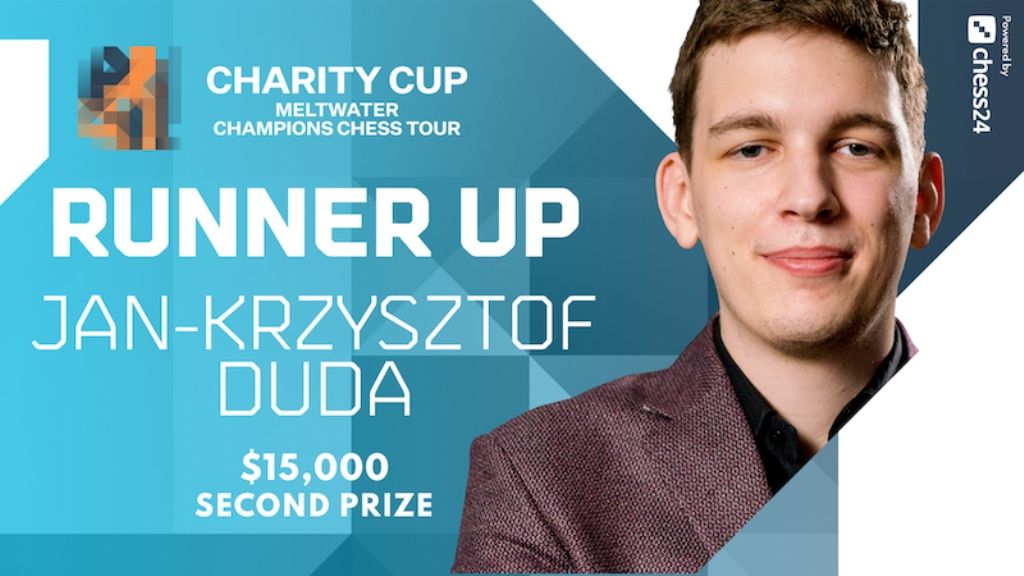 Duda started the day with a loss against Carlsen. Although he had numerous opportunities to save the game. 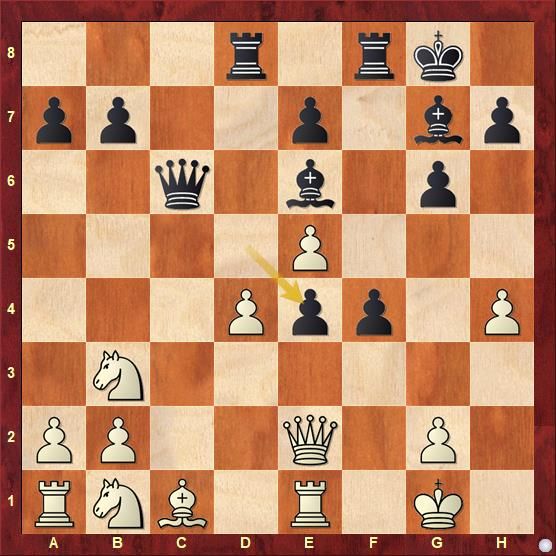 Duda struck back immediately in the second game. It was a rough and bumpy win for him. The score was level at 1-1. Then came Duda's masterpiece in the third game. 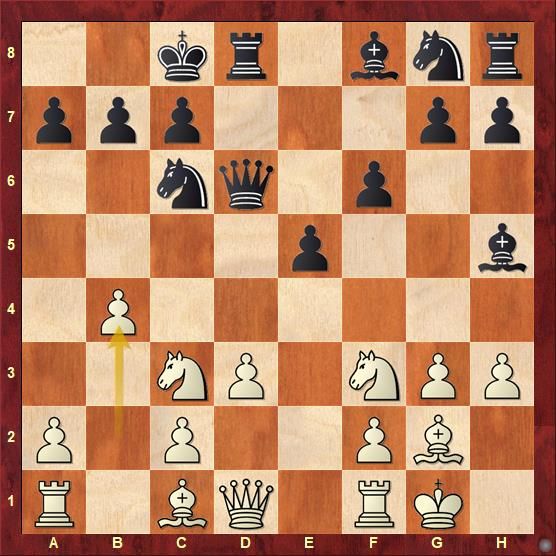 Duda made his intentions clear 10.b4. After a miss by Duda, Carlsen presented him with another opportunity. Duda did not miss this time. Can you find out the finish for White? This win allowed Duda to take 1-2 lead.

The fourth game ended in a solid draw arising out of Petroff's Defense. Thus, Duda won the second set 1.5-2.5 which means tie-breaks were enforced. Carlsen won both Blitz tie-breaks 5 minutes + 3 seconds increment, to win the second set 3.5-2.5 of the Finals and the tournament. 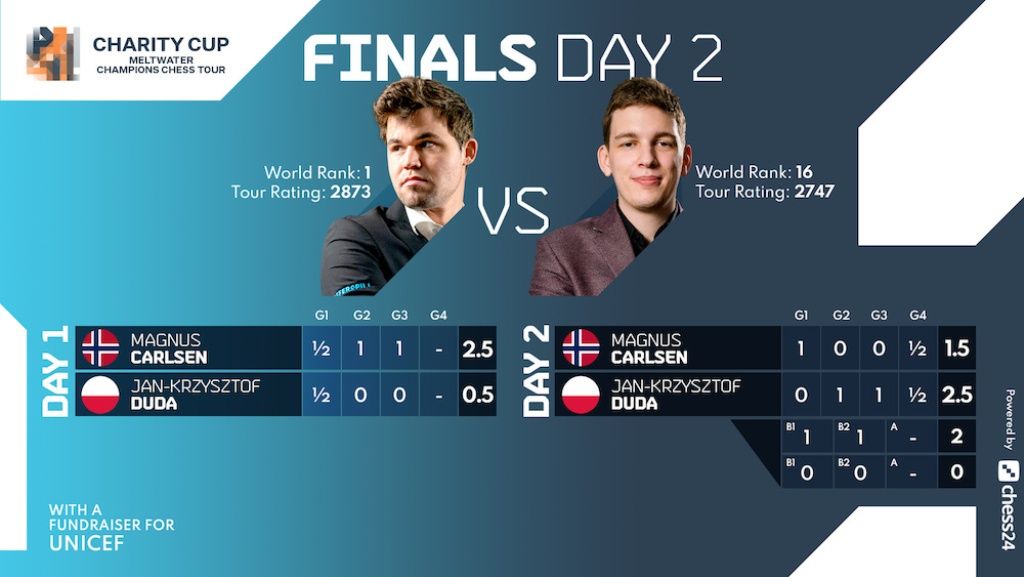 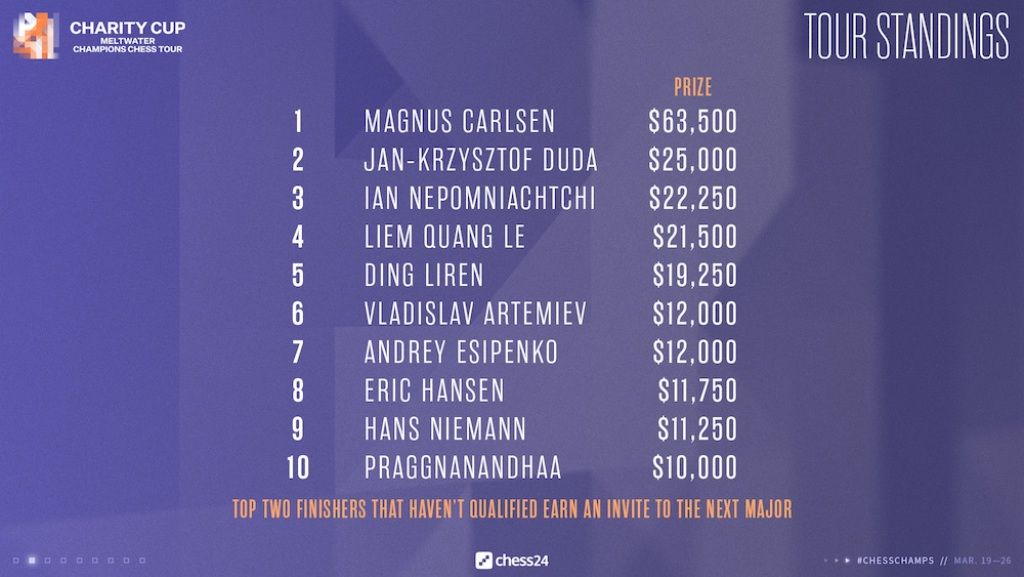