Praggnanandhaa scored his first match victory in the third round of Meltwater Champions Chess Tour Finals. He defeated the former World Blitz champion, Liem Quang Le in three consecutive games. In all three games, the 17-year-old showed a fantastic positional understanding, punctuated by his sharp tactical awareness. This 3-0 win propelled him to the fourth spot on the points table, sharing the same score 4/9 with Giri and Liem. Arjun Erigaisi's tough form continues as he suffered another loss in just three games. This time against the former World Fischer Random champion, Wesley So. Carlsen defeated Mamedyarov 3-0 and Duda defeated Giri 2.5-0.5. Round 4 pairings are, Praggnanandhaa vs So and Mamedyarov vs Arjun Erigaisi, starting tonight 18th November at 1:30 a.m. IST. Photo: ChessBase India live stream

All four matches of the third round needed only three games to decide the victor. Both Magnus Carlsen and R Praggnanandhaa did not allow their opponents Shakhriyar Mamedyarov and Liem Quang Le to score any points. Wesley So and Jan-Krzysztof Duda defeated Arjun Erigaisi and Anish Giri by 2.5-0.5. The odd round timings of 1:30 a.m. IST might be a key factor in Arjun having a very tough tournament. 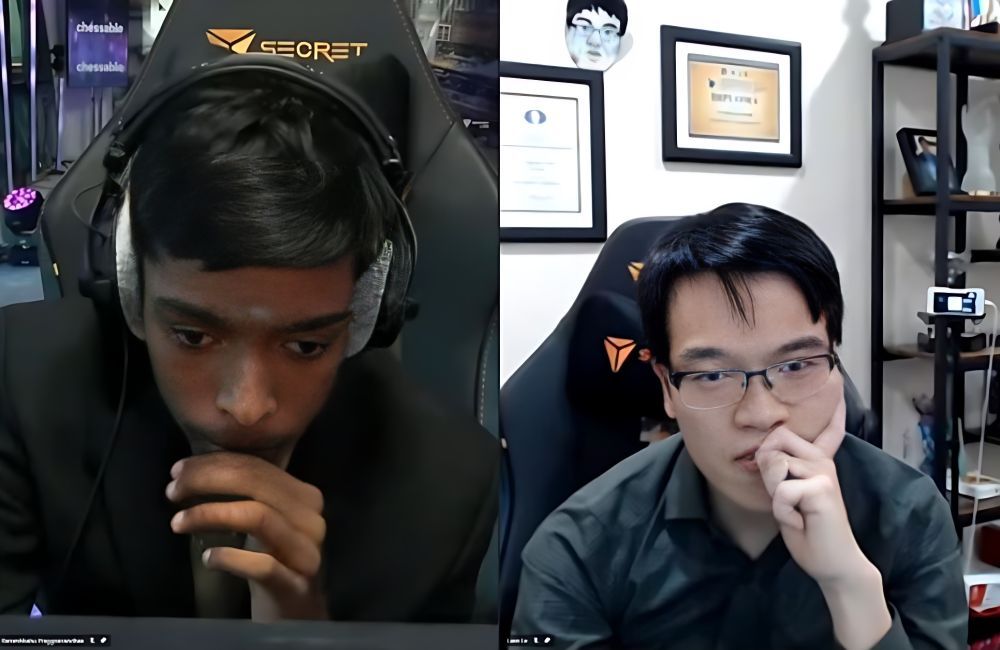 R Praggnanandhaa launched a very nice attack on the kingside against Liem Quang Le in the first game. 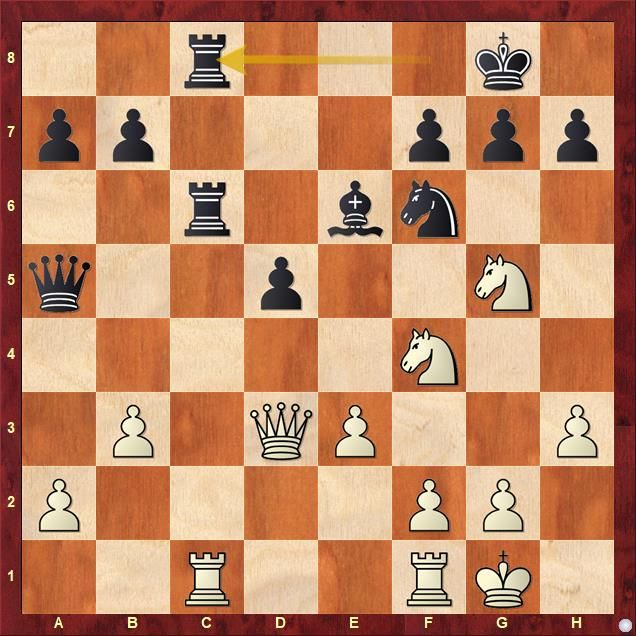 Liem made a shaky start in the second game. He did not get a good position out of the Open Catalan. Praggnanandhaa opted for the relatively safer 15...0-0. However, since the black king cannot be attacked anytime soon, despite being at the middle of the board, 15...c6 was a viable option. Liem made a positional mistake in the third game which was correctly exploited by his opponent, Praggnanandhaa. 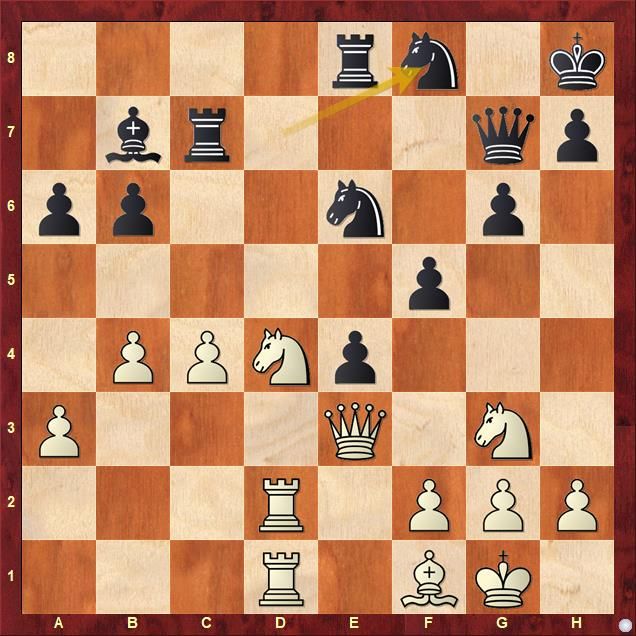 28...Nef8 would have held the position together for Black. However, 28...Ndf8 doesn't. Find out the key difference. 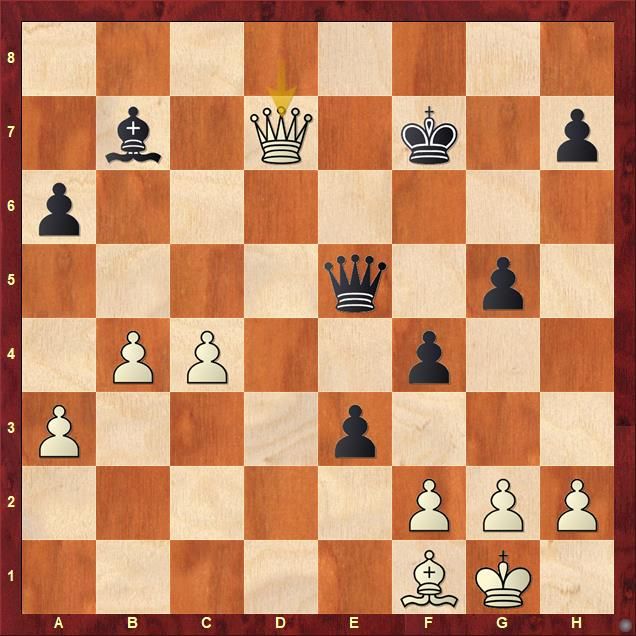 Black did not require blocking the check. He can afford to give up the bishop 39...Kf8 40.Qxb7 exf2+ 41.Kh1 Qe1 and now White would have been forced to find perpetual checks to avoid the checkmate threat. 39...Qe7 40.Qxe7+ Kxe7 41.fxe3 fxe3 42.b5 and the same color bishop endgame is winning for White. Praggnanandhaa won the game and match by 3-0.

Arjun Erigaisi fought back and saved a half point, after being worse for the better part of the first game against Wesley So. 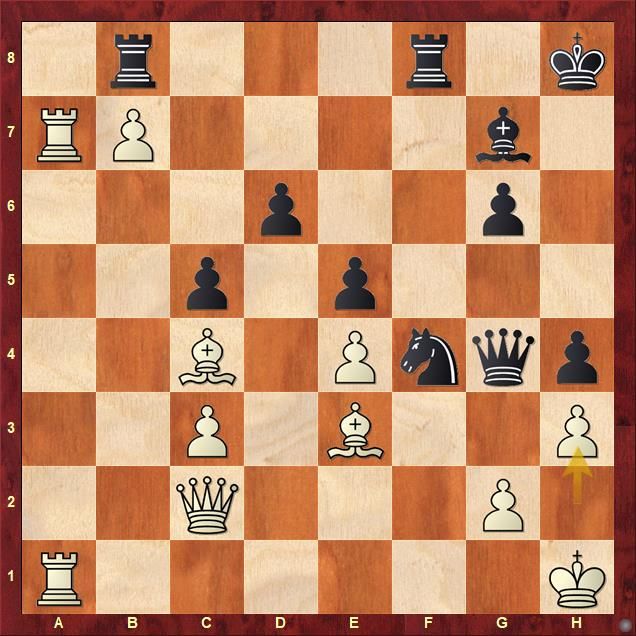 35.h3 was not needed. 35.Rf1 would have been fine for White. 35.h3 created a target for Black Nxh3 36.Ra8 Rxb7 White's advantage evaporated and Black's precise play earned him a half point. Arjun lost the next two games and thus the match too 2.5-0.5.

Jan-Krzysztof Duda perhaps scored the most beautiful win of the day against Anish Giri in their third game of the third round. 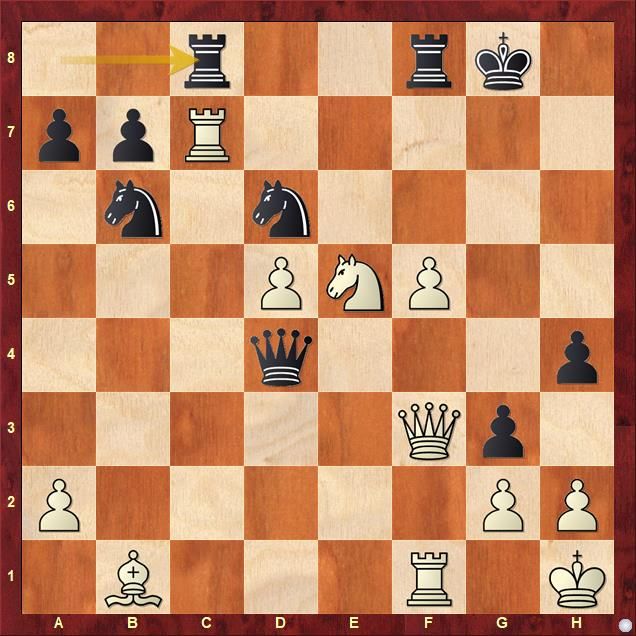 Try to find the winning continuation for White which Duda executed after 27...Rac8 in the above position. 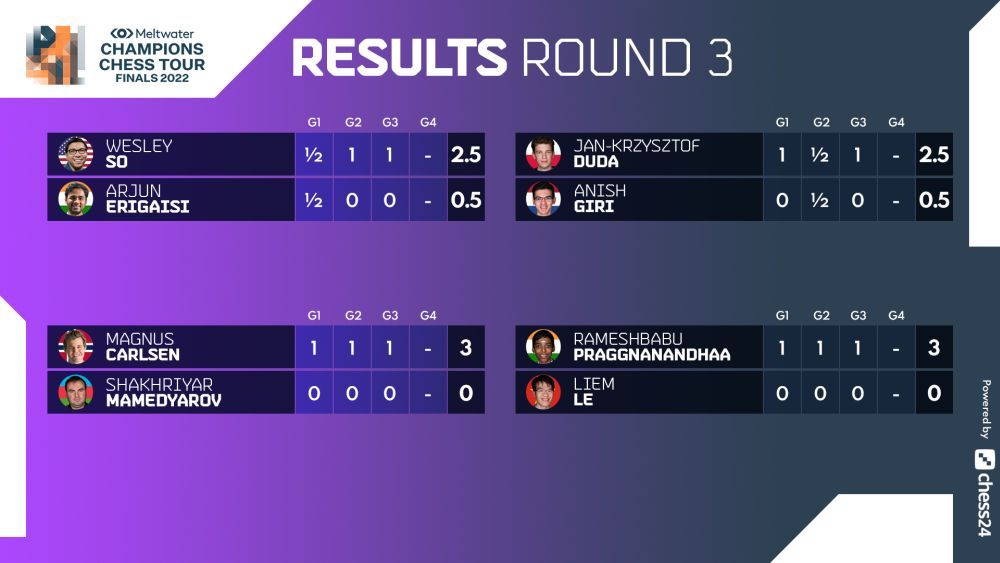 All four matches needed only three games each to have a result | Photo: Champions Chess Tour 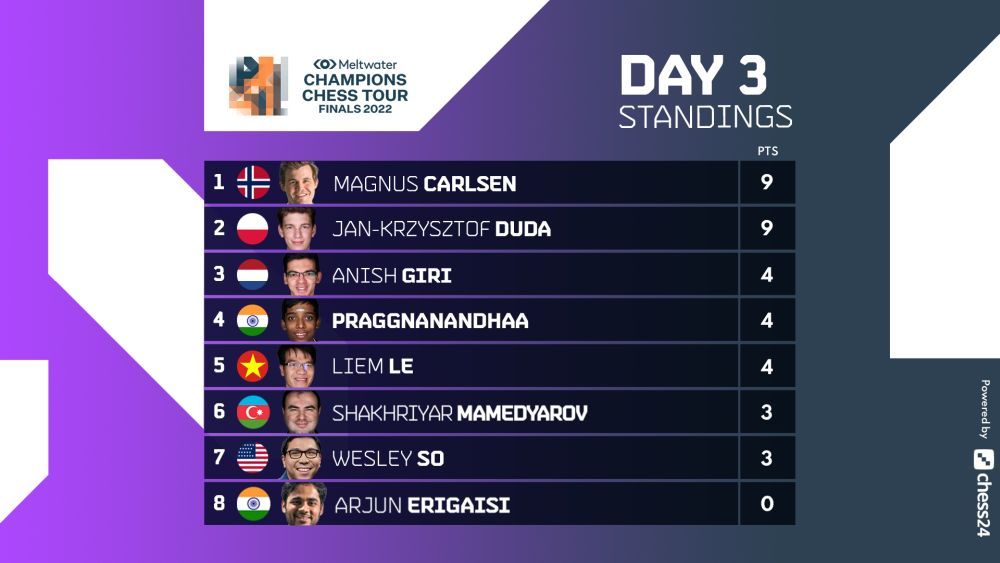