Adhiban continues his unbeaten streak as he beat Aravindh Chithambaram by 2.5-1.5 in the Semi-Finals to advance to the Finals of Indian Qualifier and also secure his place in the Meltwater Champions Chess Tour. While Aravindh had his small chance in the first game, Adhiban is yet to show a chink in his armor. Arjun Erigaisi fought back well after losing the first game to Gukesh and then won the next three games to setup a clash with Adhiban in the finals and also qualify in the Meltwater Champions Chess Tour. Gukesh had a fantastic chance in the third game to take the lead but he was unable to seize it. The finals will be interesting to see a clash between experience and youth. Photo: Amruta Mokal

Adhiban defeated Aravindh and Arjun Erigaisi beat Gukesh to advance to the finals. Both of them also qualified to the Meltwater Champions Chess Tour. The result of the final will be immaterial to Adhiban and Arjun's status at the Champions Chess Tour as per the regulations top two advances. While Adhiban is still undefeated, Arjun made a strong comeback from losing his first game of the event to winning three consecutive games to advance to the finals.

Adhiban or Arjun Erigaisi - who will win the finals? | Photo: Amruta Mokal

First game was a tepid draw. In the second game, early in the opening Aravindh could have stirred up trouble for Adhiban. 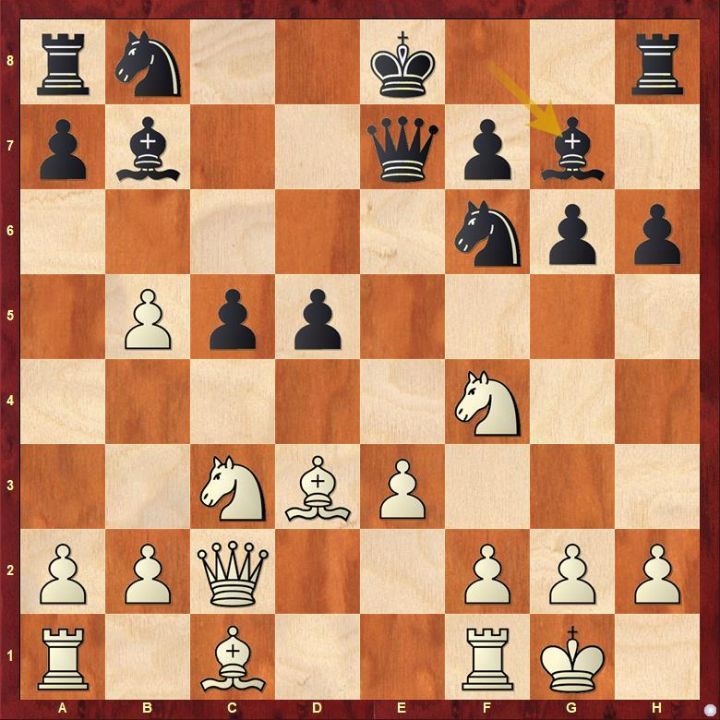 Black has a volatile center and the king is still out in the open. Now was as good as any time to strike with 14.e4 instead of 14.Rd1which allowed the black king to escape into safety with 14...0-0. Eventually Aravindh managed to neutralize Adhiban's advantage and the game liquidated into a rook-knight vs. rook, a 120-move marathon draw. Score remained level at 1-1.

Third game was an exciting draw where both players had to allow perpetual check to avoid being checkmated.

In the fourth game, Aravindh played with a full intent to go for a win as he launched an early onslaught on his opponent's kingside. 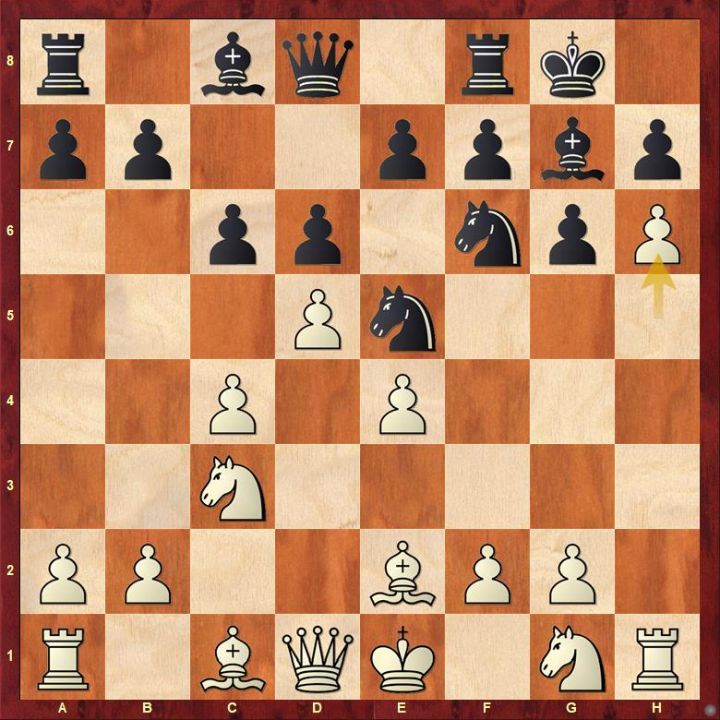 The position definitely looks uncomfortable for black after 9.h6. However the important thing is to continue the momentum. 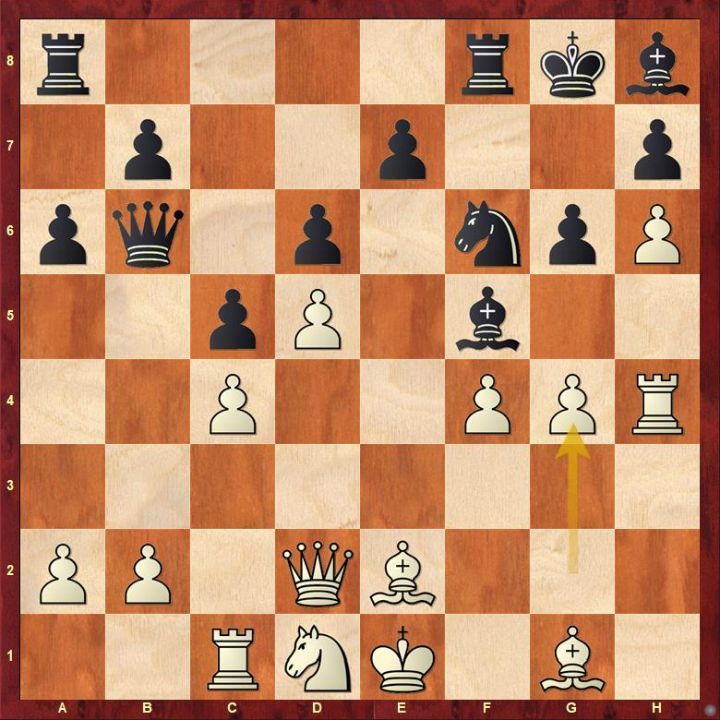 21.g4 turned the tables as it gave an opportunity for black to launch an attack of his own and soon the position crumbled. Adhiban converted his advantage into a win comfortably to win the match 2.5-1.5 and advance to the finals.

Gukesh won the first game after Arjun Erigaisi blundered in the rook and opposite color bishop endgame. 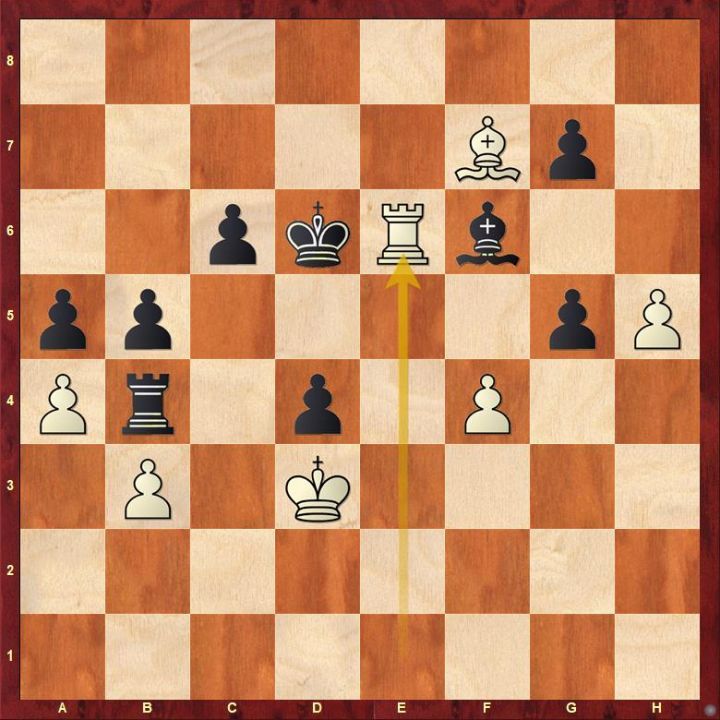 Where should black move the king - c5 or d7? The game continued with 39...Kd7 and black went on to lose the game. This was Arjun's first loss in the entire event and Gukesh took 1-0 lead in the match.

In the second game, Gukesh blundered in the final part of the endgame where Arjun capitalized on his sole passed pawn to win the game and level the score 1-1. 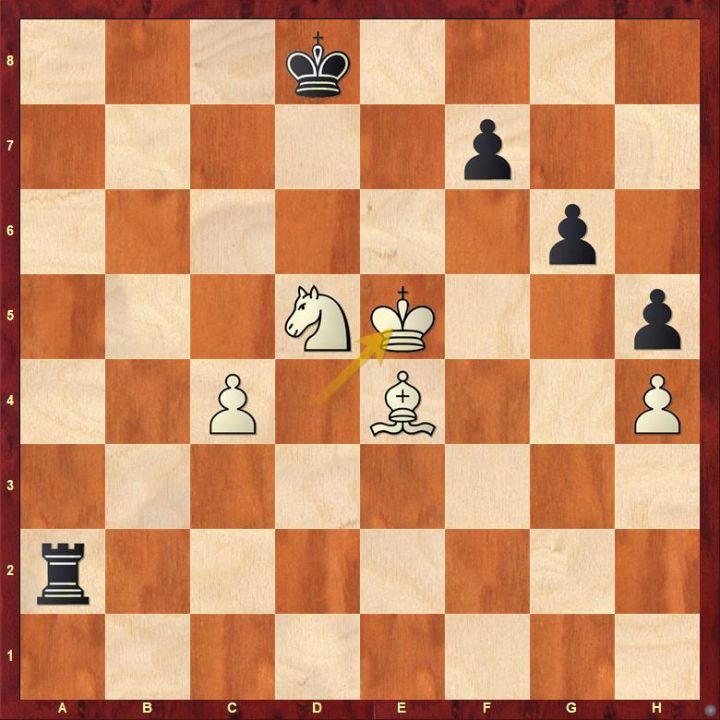 Black's sole concern is the c-pawn should not become unstoppable. 54...Rh2 just allows that to happen. Find out how and what black should have played here instead.

The opening did not go well for Gukesh in the third game but he somehow managed to equalize. Later Arjun missed a tactical shot which gave Gukesh the opportunity to gain an upper hand. 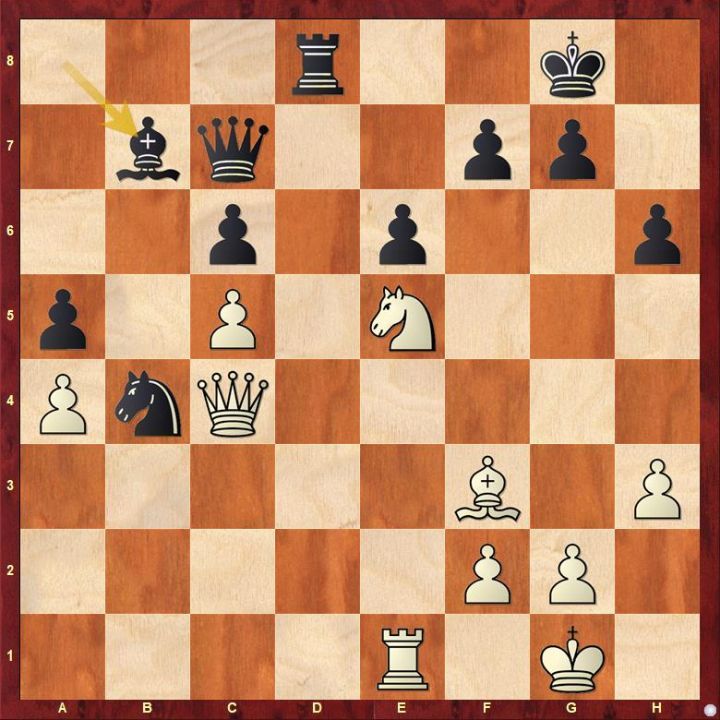 At a first glance, 30...Bb7 seems to be an unassuming move but a careful observation reveals that it's incorrect. Try to think like Gukesh and find out how white can capitalize on it. 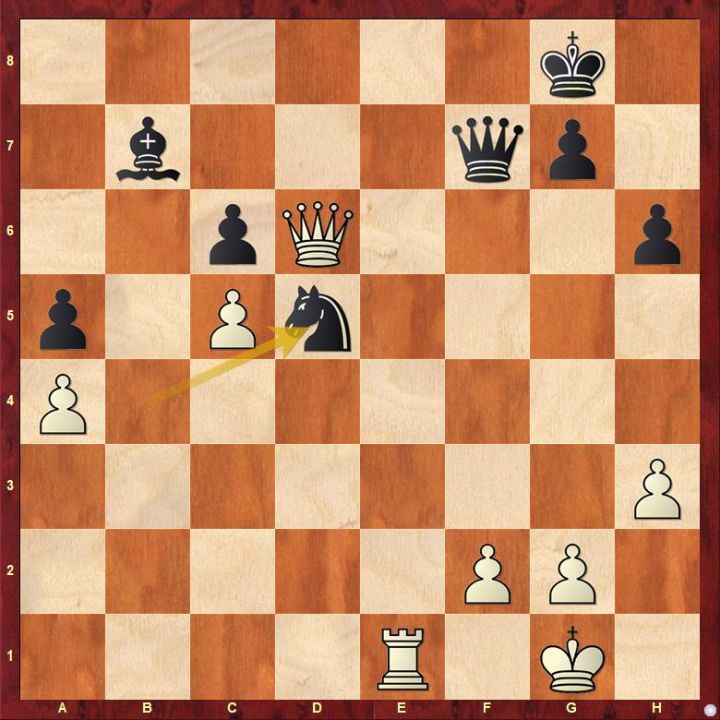 White needs to do something immediately to take advantage black's out-of-play bishop at b7, because once it frees up, white will have a lot to worry about. What should be the correct continuation for white after 35...Nd5 ? 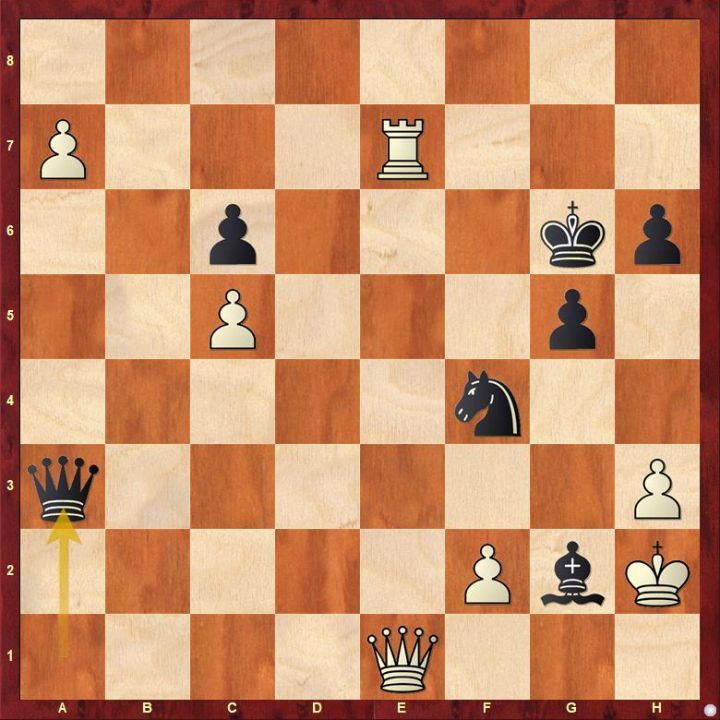 White was winning for the better part of the endgame. One of the final opportunities occurred after 56...Qa3. Find out the winning continuation for white. Gukesh missed them all and eventually lost the game which meant Arjun took 1-2 lead.

Gukesh was in a must-win situation in the fourth game to force blitz tie-breaks. Thus he opted for Dutch with the black pieces. The game seemed to have moving towards a draw but Gukesh desperately needing a win, blundered his queen in time trouble and lost the game which meant Arjun won the match by 1-3 and advanced to the finals to face Adhiban.