Arjun Erigaisi's phenomenal debut at the Meltwater Champions Chess Tour Goldmoney Asian Rapid came to an end as he lost the tie-breaks. Arjun played absolutely fantastic chess for five days against the best of the best of the world and he managed to hold his own. Aronian will face Carlsen in the Semi-Finals who had to beat his nemesis So in the blitz tie-breaks to secure his place. Artemiev once again dominated Giri, as he is yet to lose a single game in the Knockout stage. Ding Liren made a strong comeback to beat Duda and setup a clash with Artemiev in the next stage. Semi-Finals will start today from 4:30 p.m. IST.

Carlsen and Aronian win on tie-breaks

Arjun Erigaisi remained undefeated in the rapid games on the second day of the Quarter-Finals against Aronian. He lost the first blitz game but drew the next one. However, that loss decided his fate in the tournament. It goes without saying that Arjun impressed his opponent and the entire chess universe with his brilliant perfornance. Carlsen was also stretched to the blitz tie-breaks by his opponent So and this time once again he came out as a winner. 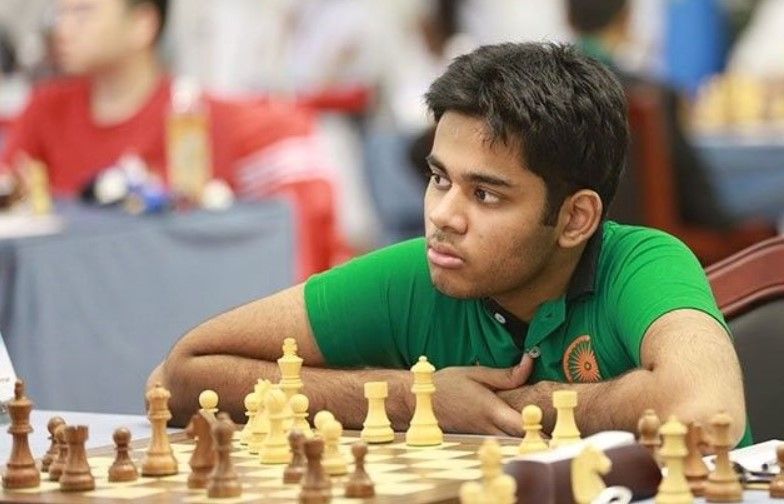 The first game was an interesting one. 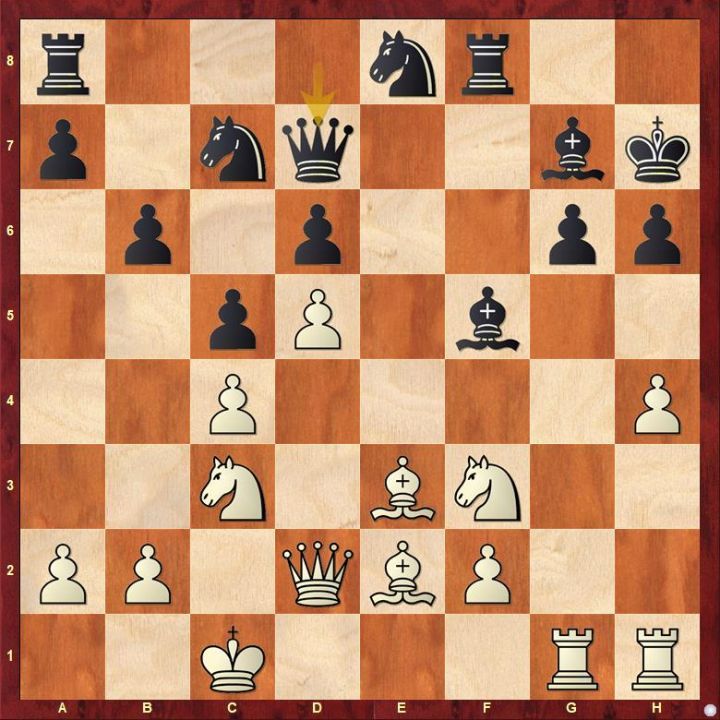 Perhaps 18.h5 would have been more destructive for Black's kingside. Arjun decided to create a battery on the g-file 18.Rg3 followed by 19.Rhg1. 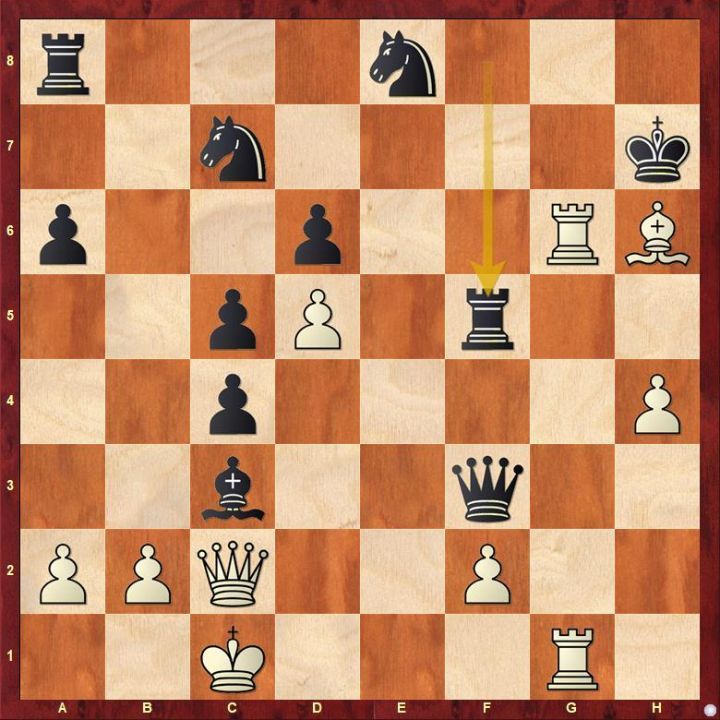 The game continued 25.Be3, however 25.Bf8 could have led to something more interesting. Nevertheless Arjun handled the sharp position and eventually a difficult endgame extremely well to make a draw.

Arjun made three solid draws in the remaining rapid games.

Aronian won the first blitz game as he played the queen and opposite color bishop endgame masterfully. 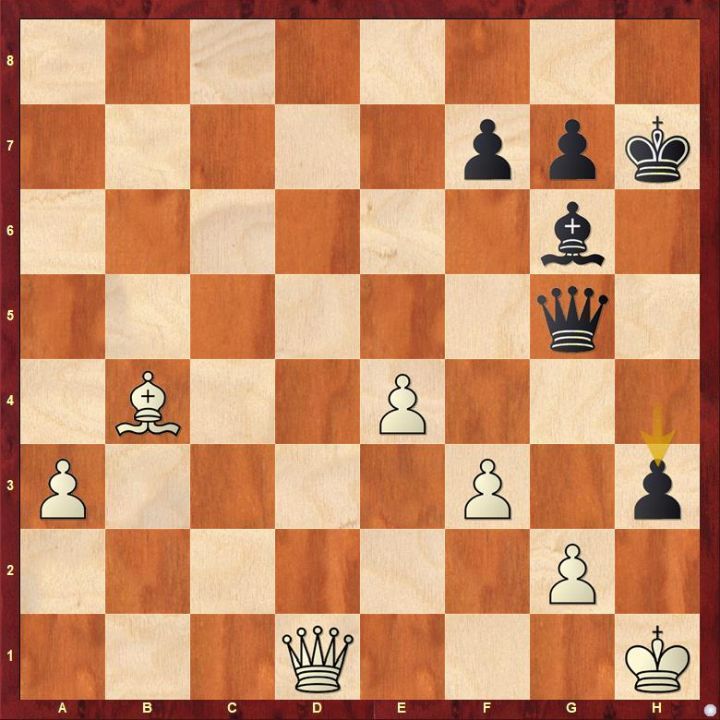 Perhaps 40...f5 first to prevent g4 and then h3 would have been better. In a blitz game, it is quite difficult to spot these.

Arjun Erigaisi had a well-contested draw with Aronian in their second blitz tie-breaks which meant Arjun got eliminated and Aronian advanced to the Semi-Finals.

Arjun tweeted the following about his experience

The maestro Vishy Anand congratulated Arjun and Nihal for their performance

Carlsen once again started with a win against So in the second set of the Quarter-Finals. 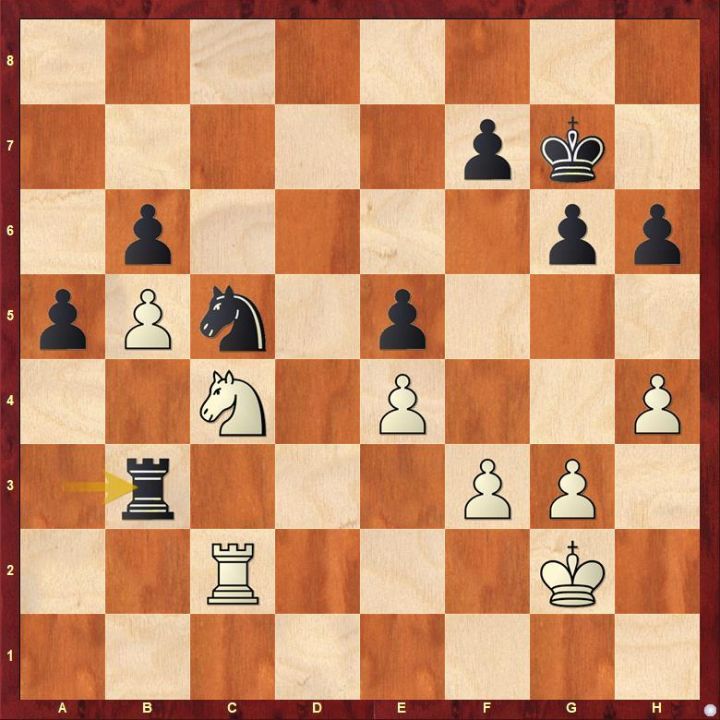 White can take any of three pawns a5, b6 and e5. Which is the correct capture? Unfortunately for So, he chose the incorrect one and arrived at a lost endgame. Carlsen took 1-0 lead.

The second game was a Berlin draw. So was in a must-win situation. He won the third game to level the score 1.5-1.5. 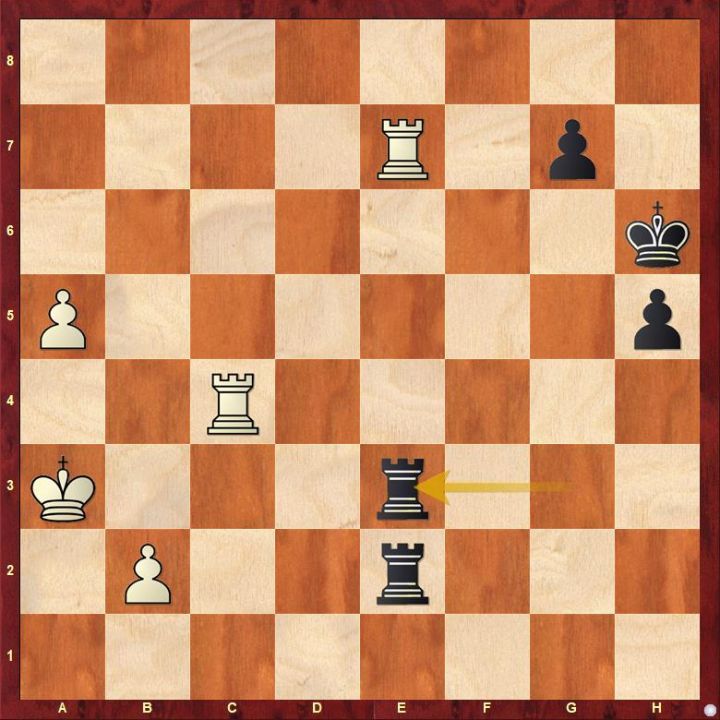 Exchanging one of the rooks reduced Black's chances of saving the game because White's pawn is advanced and after 44.Rxe3 Rxe3+ 45.Ka4, White gets to advance his king further.

So beat Carlsen again in the fourth game to win the set 2.5-1.5 and force tie-breaks. 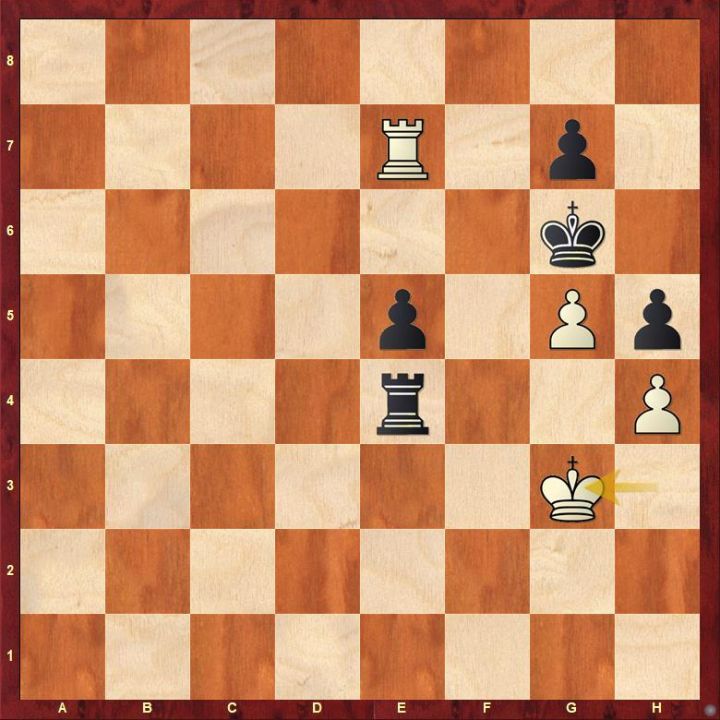 For the second consecutive game, Carlsen went wrong in the rook endgame, and it cost him the full point.

Carlsen won the first blitz game. Thus, So was once again put in a must-win situation.

Carlsen drew the second blitz game, although he was completely winning in the endgame, as a draw was enough for him to advance to the Semi-Finals. 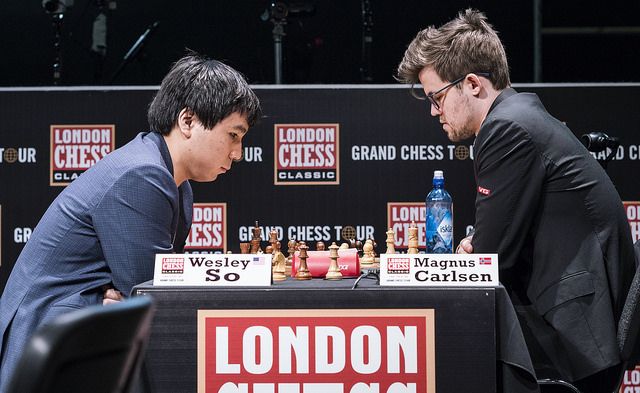 Carlsen was stretched to the tie-breaks by So | Photo: Grand Chess Tour

Ding Liren started the day with a loss against Duda. 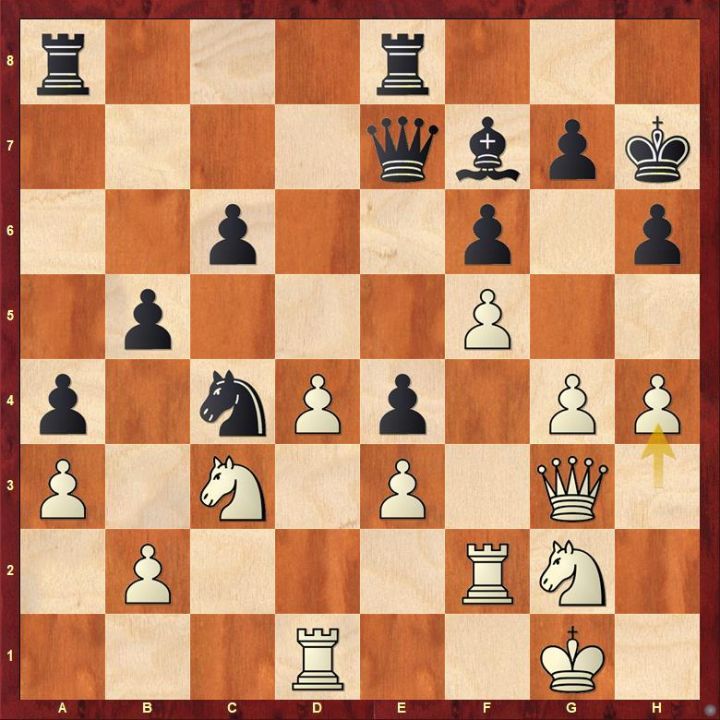 White has a deadly threat of g5, g6 looming large but that did faze Duda, he made a practical decision of sacrificing his knight 29...Nxb2. Both sides had few chances, but the sacrifice turned out to be helpful in creating a b-passed pawn which eventually decided the fate of the game. Duda took a 0-1 lead.

Ding Liren bounced back immediately in the second game and levelled the score 1-1. 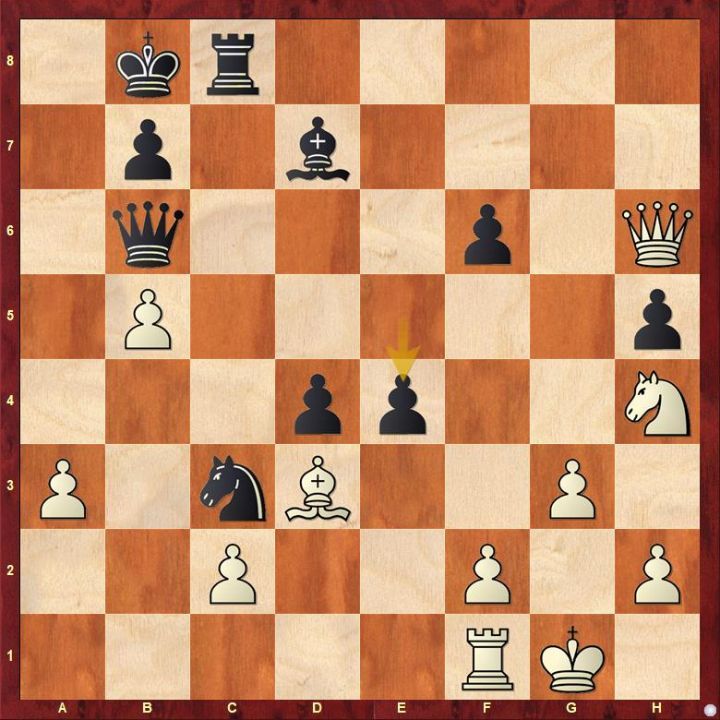 Duda got his bishop trapped at the middle of the board and he did not get enough compensation for it.

Ding Liren scored another victory in his third game against Duda to take 2-1 lead. 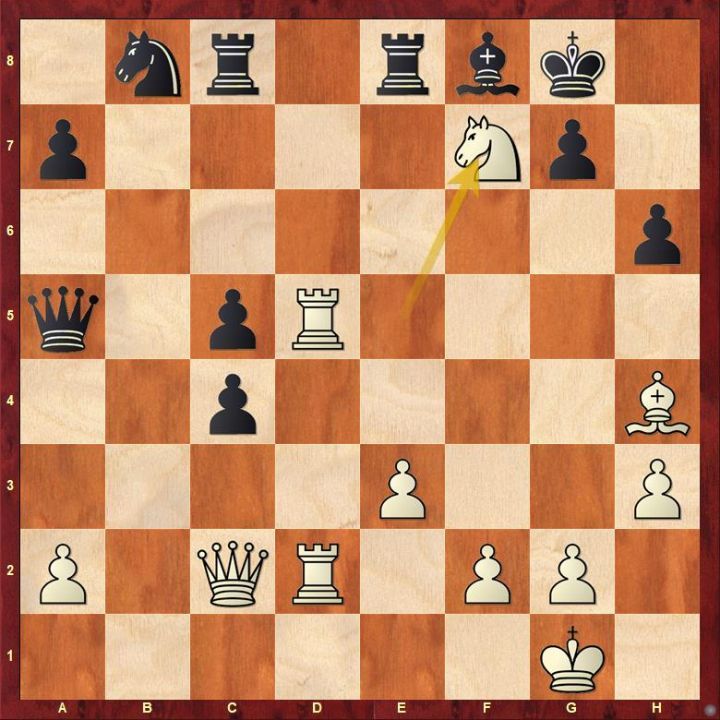 It took a while but White eventually scored a victory.

Ding Liren beat Duda once again in the fourth game to win the second set 1-3 and secure his place in the Semi-Finals. 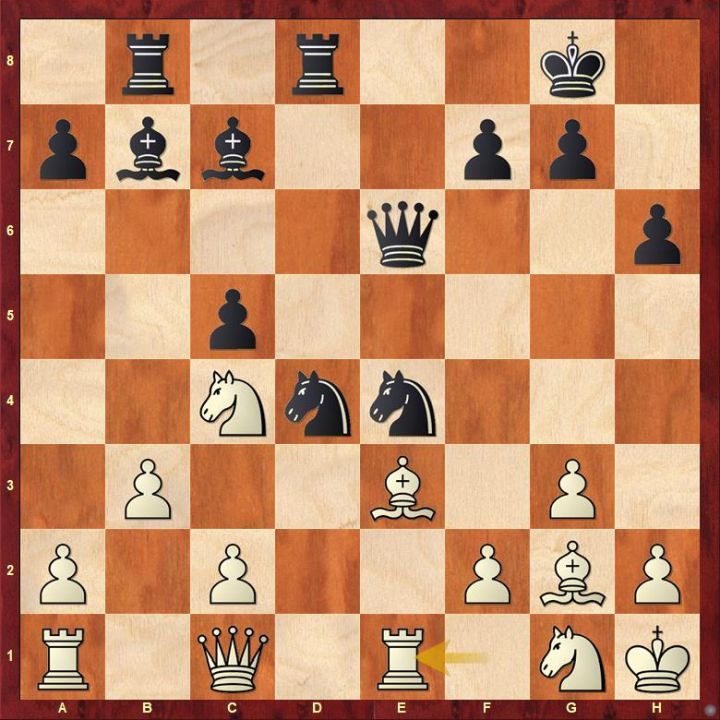 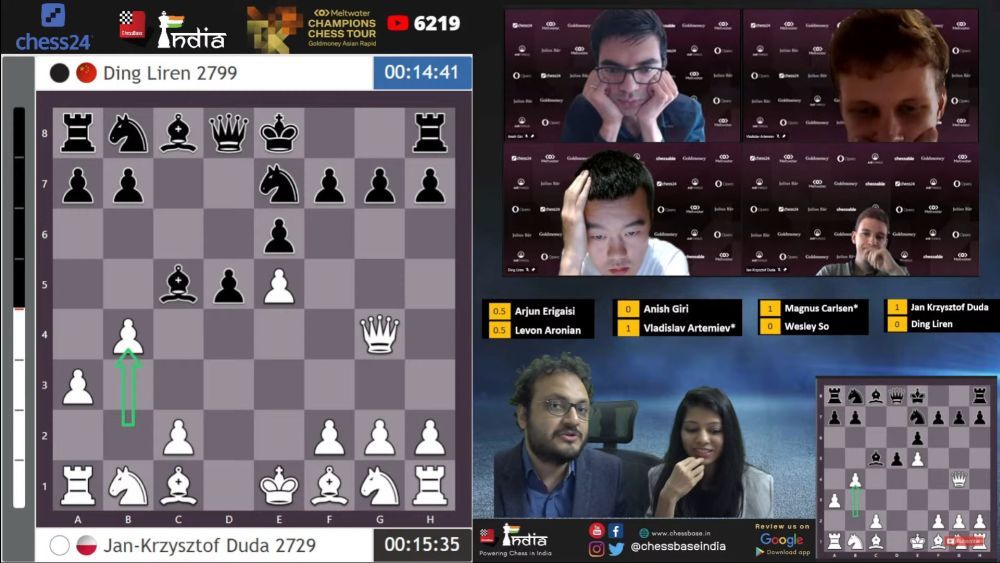 Artemiev continued his win streak against Giri as he won the first game of the second set in just mere 21-moves. 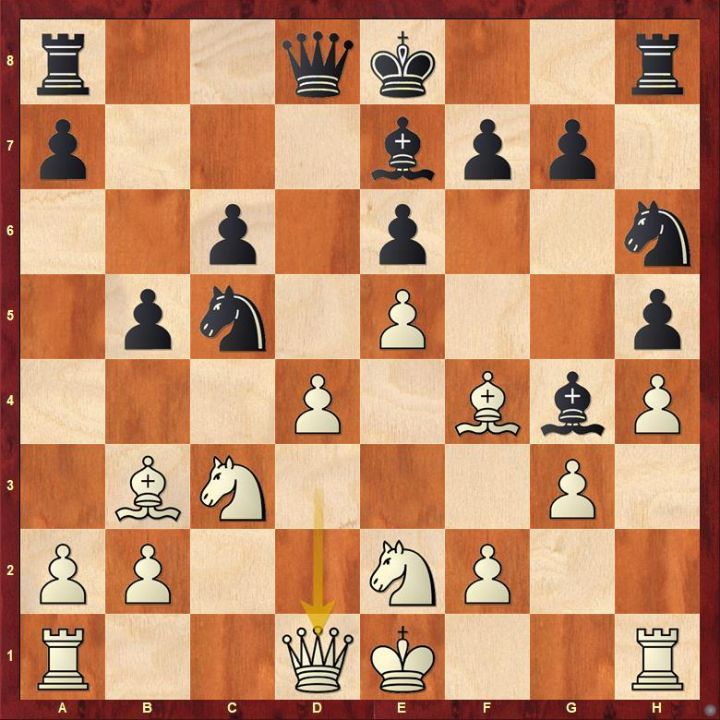 13.Qd1 was not the best retreat as it set things in motion which completely turned into Black's favor. Artemiev won the game in another eight moves and took a 0-1 lead.

Giri ended his losing streak by making two consecutive draws, but it was not enough for him to advance. Artemiev won the second set 1-2 and advanced to the Semi-Finals where he will face Ding Liren. 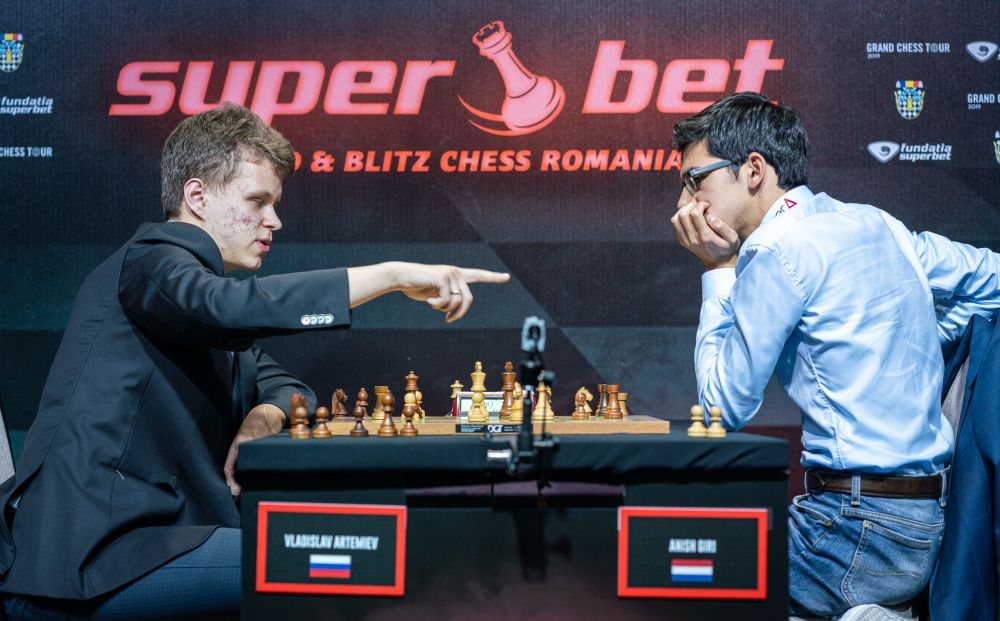 Aronian and Carlsen were stretched to the tie-breaks | Photo: Champions Chess Tour