The first day of Meltwater Champions Chess Tour Goldmoney Asian Rapid had plenty of exciting games. Four Indians are taking part in this event, out of them Arjun Erigaisi made the most of his opportunity as he beat Dubov, drew with Duda, Adhiban and Ding Liren. Vidit got tricked by Giri in a completely winning endgame. He drew with Duda and Artemiev, beat Adhiban to finish the day with 2.5/5. Gukesh held Ding Liren to a draw. Both him and Adhiban are at 1.0/5. Five players - Carlsen, Artemiev, Dubov, Ding Liren and Aronian share the lead 3.5/5 at the end of Day 1. Round 6 starts today at 4:30 p.m. IST.

Both Arjun Erigaisi and Vidit Gujrathi started the first day with one win, one loss and three draws - 2.5/5. However, Arjun's win over former World Rapid champion and one of the world champion's second Daniil Dubov certainly takes the cake. That's not all, he also drew with Duda, Adhiban and Ding Liren. Considering the fact that this is Arjun's debut in the big leagues, he has definitely made an impressive start.

Gukesh had a great opportunity against Dubov as he gained significant positional advantage in the middlegame. 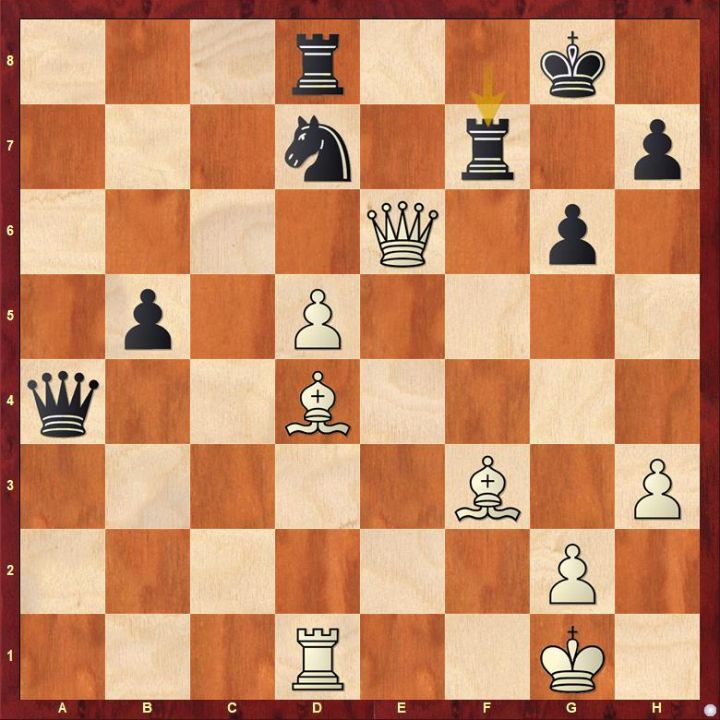 White has a deadly bishop pair, Black's king is vulnerable and the queen is unable to provide a much-needed defense. 28.Bg4 Rdf8 29.d6 Qc2 30.Qe3 could have gone in White's favor. Soon Black managed to exchange off queens and trade a rook for a bishop to alleviate the pressure.

Arjun Erigaisi made a solid draw with Jan-Krzysztof Duda.

Vidit was completely winning in the endgame but Giri being a trickster on the board, went for one last attempt which Vidit unfortunately fell for. 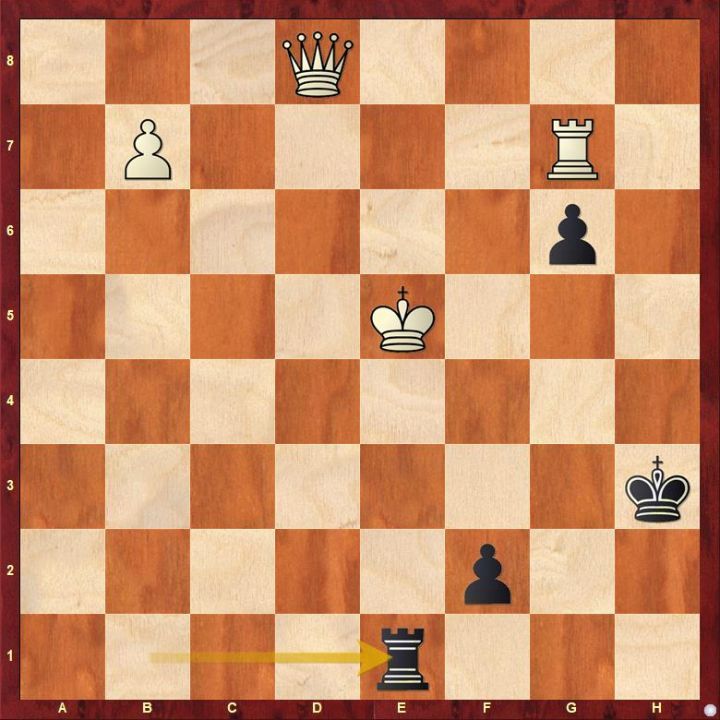 The position seems to be completely winning for White, yet Black made one last attempt to save a half point. Find out what Black's idea behind 62...Re1+ and what White should do to avoid it. Vidit unfortunately fell for it and Giri managed to escape with a draw. 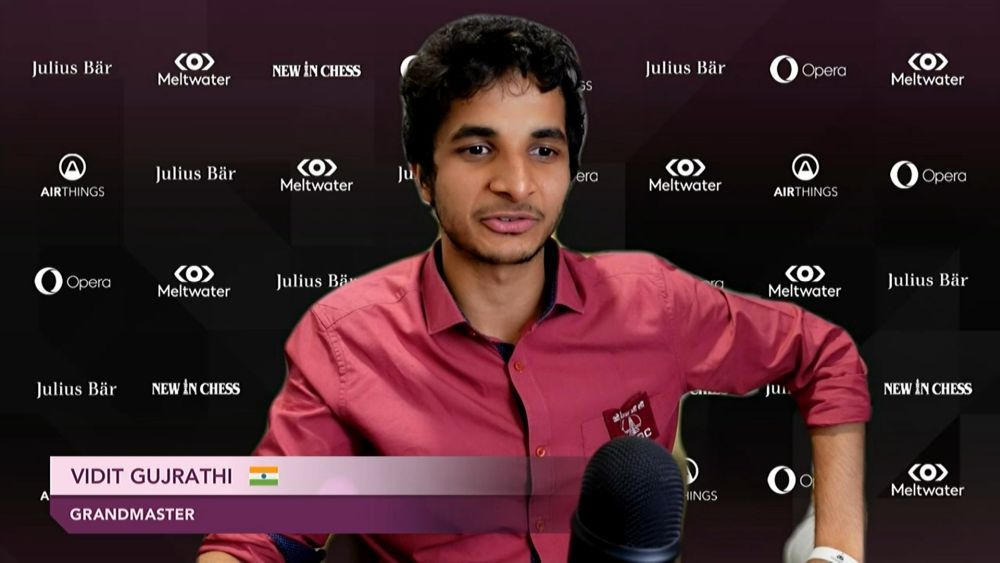 A win in the first round would have been a great start for Vidit | Photo: Champions Chess Tour

Carlsen was in complete control in the endgame, till he completely overlooked Firouzja's plan to get back in the game. 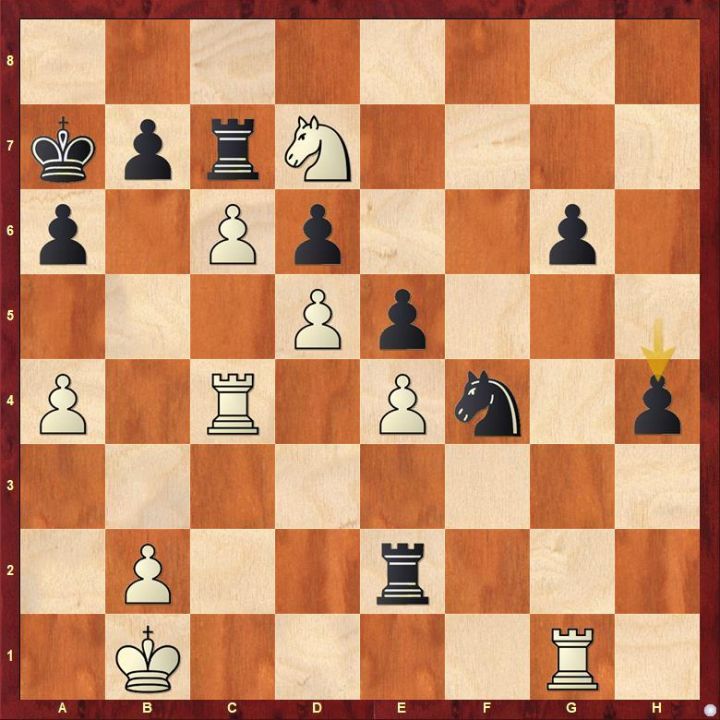 35...h4 ignores White's propensity of a counter-attack. What was it? 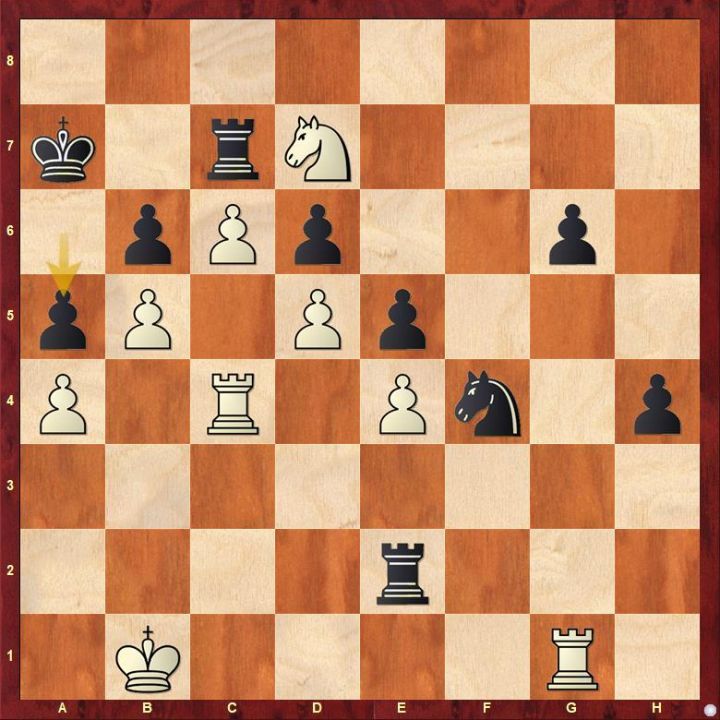 Tables have turned, and now it is White who has the upper hand. Find out the best continuation for White.

Giri and Firouzja had a crazy, sharp game. 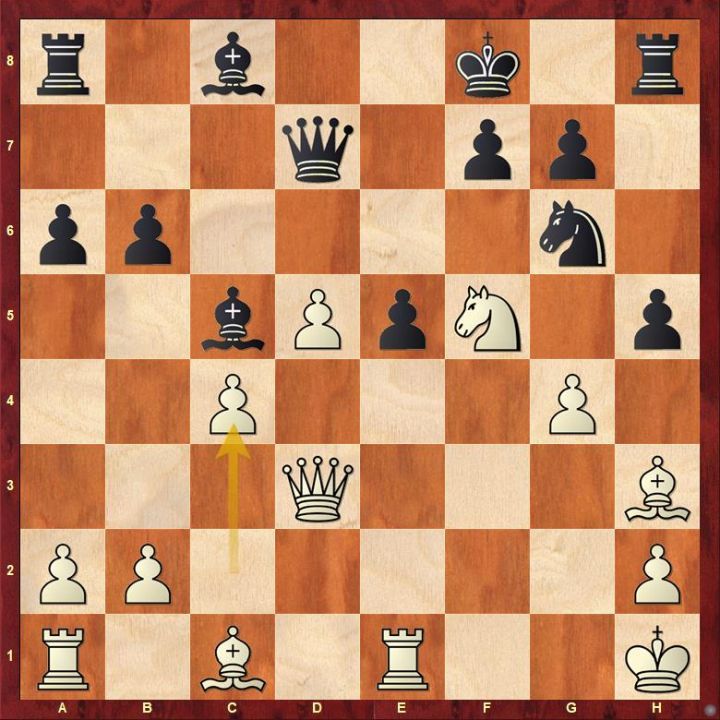 The position looks incredible. It may seem like White is better, but computer says otherwise. A few errors by Black cost him the game.

Vidit had a well-fought draw with Duda.

Arjun Erigaisi scored perhaps the biggest win of his career as he beat former World Rapid champion Daniil Dubov convincingly in Round 2. 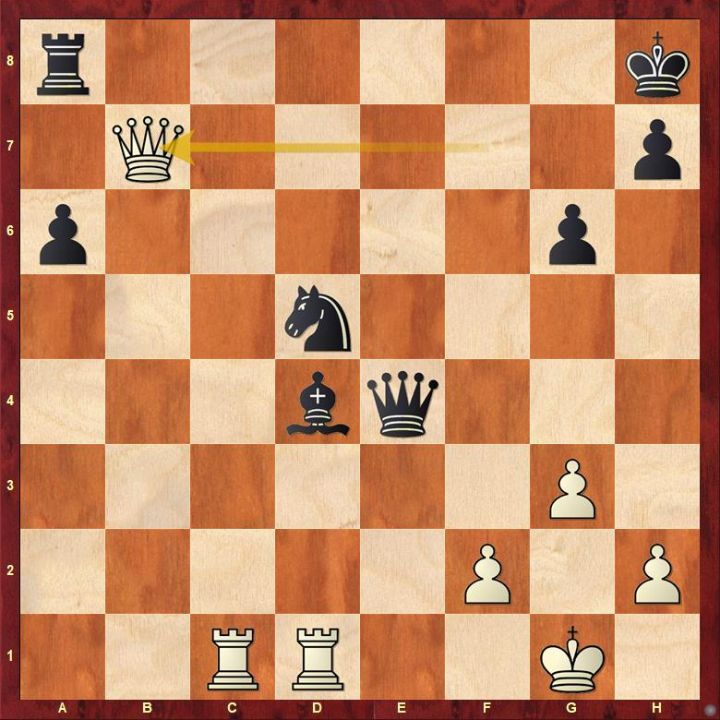 29.Qxb7 is a big mistake because there is no good way to defend the f2-pawn after 29...Rf8. Not only that, there is a hidden tactic which allows Black to get decisive advantage. White needed to play 28.Kf2 first to prepare the defense of the e3-pawn. 28.Rxe7 caused White to lose the e3-pawn and much more.

Vidit needed to make an attempt to launch an offense before Dubov could. 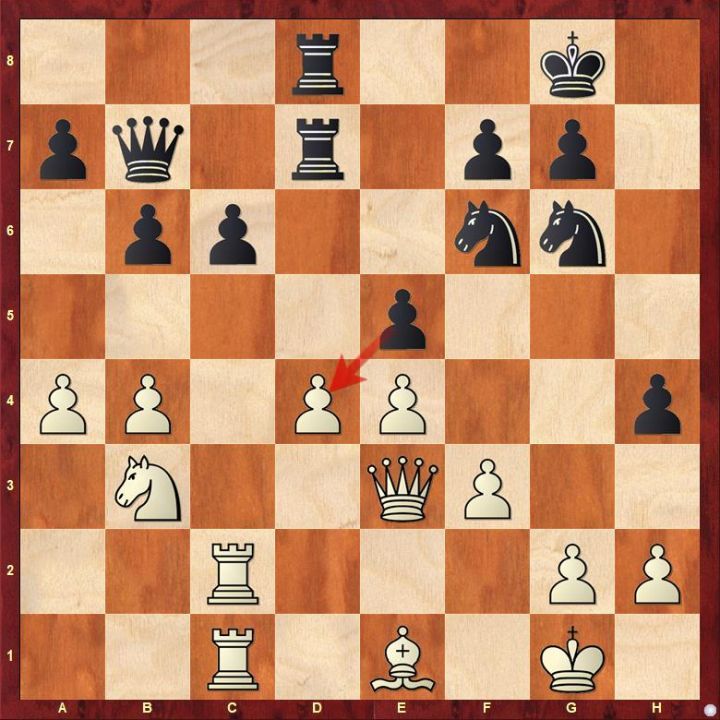 White could have gone with 24.Rxc6 exd4 25.Qg5. This at least blocks the battery of rooks on d-file blocked by his own pawn. The other quiet option was 24.Rd2

Giri scored a fine victory against So after the latter made a huge error. 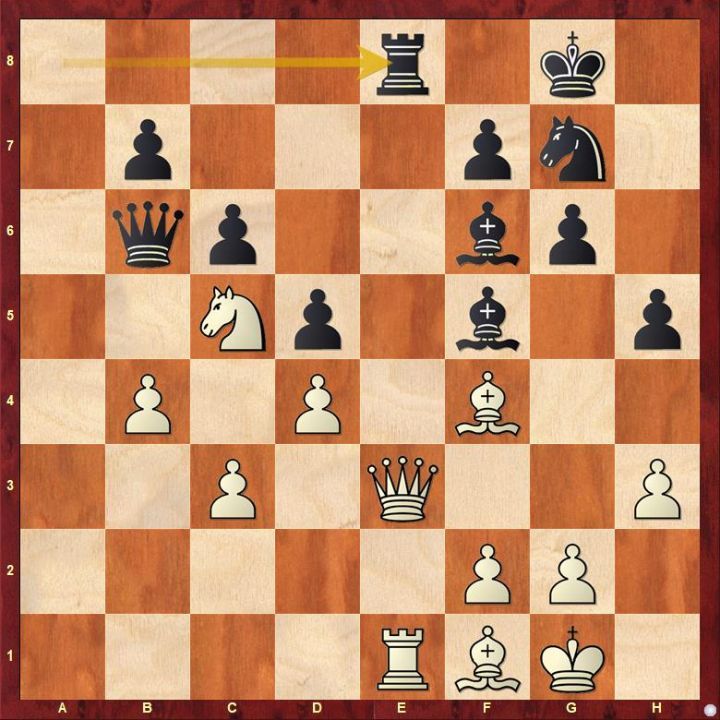 At a first glance, 22...Re8 may seem alright, but a careful inspection reveals what's wrong with the move. Find out how Giri forced a resignation in another seven moves.

Vidit made a good save after blundering an exchange in the endgame against Artemiev.

Adhiban had a well-fought draw with Arjun Erigaisi.

Gukesh made a great save in a lost endgame when Ding Liren blundered in the knight ending.

Ding Liren is not too happy | Video: ChessBase India

Round 5: Arjun holds Ding Liren to a draw

Arjun finished the first day with a draw with Ding Liren. Vidit scored a win over compatriot Adhiban.

Gukesh played bravely against Aronian and got a good position. 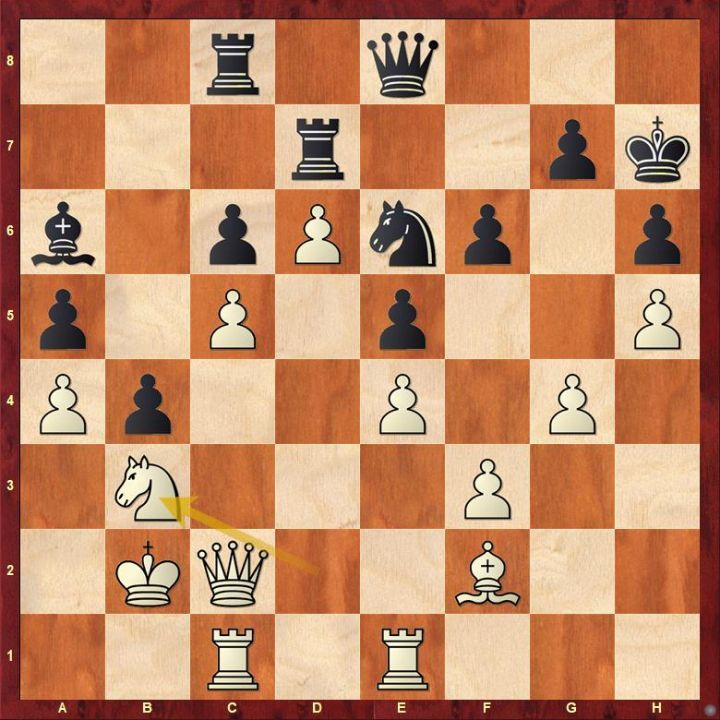 It is quite evident in the above diagram that White is the one who is in driver's seat. White needed to go for f4-break at the right time. A delayed break had the opposite effect and cost White the game.

Arjun Erigaisi made a solid draw with Ding Liren.

Adhiban had a fantastic position against Vidit but then he made a dubious sacrifice. 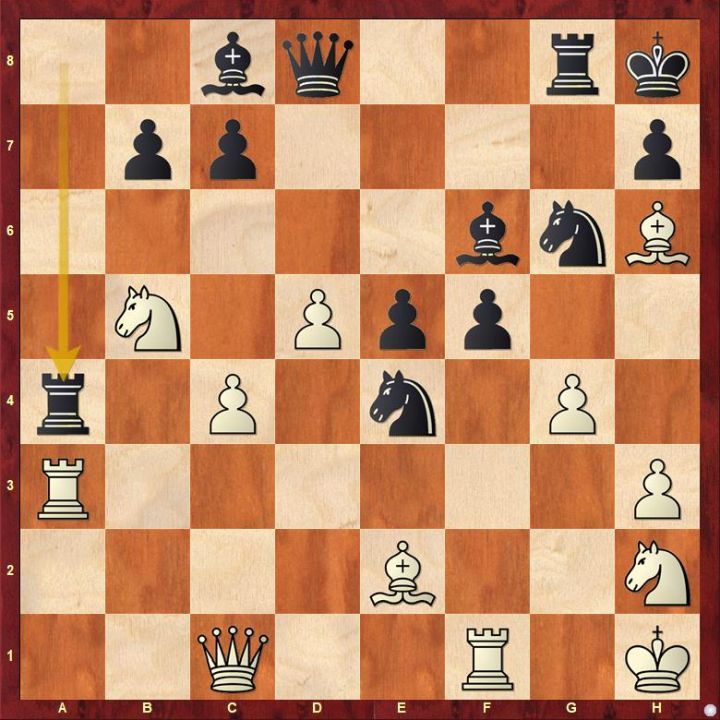 28...Rxa4 was uncalled for. It does not yield the desired outcome. A simple 28...c6 would have sufficed with an idea of bringing the remaining pieces in the action on the kingside.

So and Duda arguably had the sharpest game of the day.