The two-time World Cup winner Levon Aronian has hit the form at the right time. Just days before the FIDE World Cup, the Armenian won his first event at the Meltwater Champions Chess Tour. Goldmoney Asian Rapid is also Aronian's first tournament victory of this year. He was completely dominant in the second set as he won both games and the second one was arguably Aronian's best victory of the tournament. Aronian's victory coincided with the '4th of July', America's Independence Day which will be Aronian's federation soon. Carlsen defeated Ding Liren in the Blitz tie-breaks to finish third. Photo: Champions Chess Tour

Aronian displays fireworks on the 4th of July

It is absolutely poetic that Aronian displayed fireworks on the board to win his first event at Meltwater Champions Chess Tour on 4th of July, USA's Independence Day. The Armenian had already announced that he will be switching federations from Armenia to USA. Since he won the first set, winning the first two games in the second set allowed him to clinch the Goldmoney Asian Rapid. 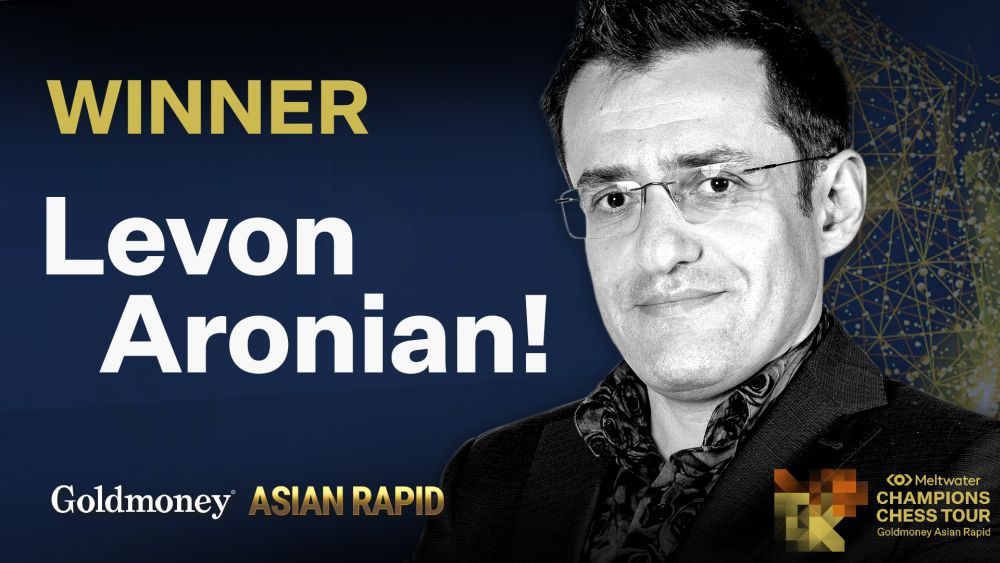 Aronian on winning the tournament, “In the morning when I was preparing, I made this strategy - I have to press, I have to continue doing the same what I was doing. When you are trailing in a match, and then you lose one game, it's already like almost finished. I wanted to keep this fighting spirit that I had against Magnus. Yesterday I wanted to keep it going. I think it worked out pretty well."

Levon Aronian: "I will definitely allow myself a glass of wine!" | Video: chess24

Artemiev sacrificed a knight for a couple of pawns in the endgame of the first game. 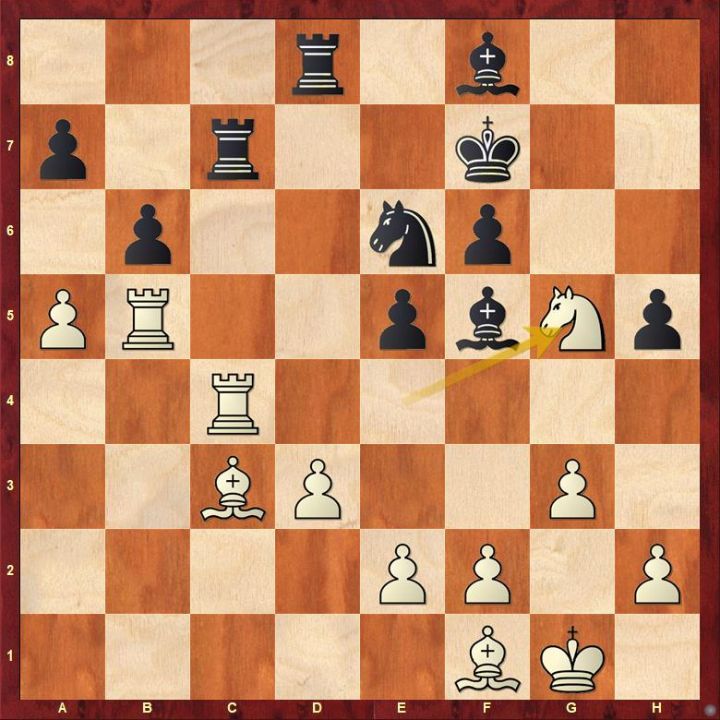 32.Nxg5+ was a correct sacrifice, as white gets two pawns for knight. The real problem started for White when he tried to recover that piece. The game continued 32...fxg5 33.Rxe5 Bg4 34.Rxe6 and we get the following position. 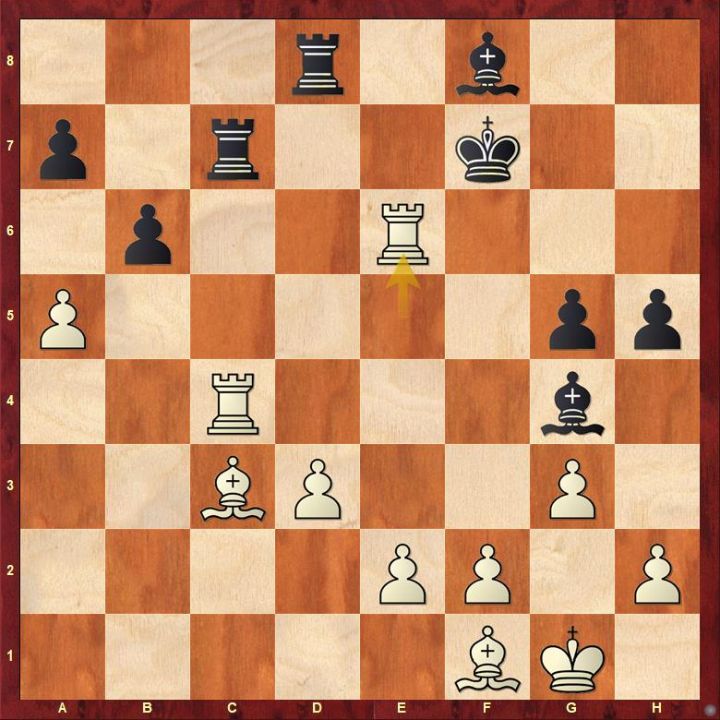 34.Rxe6 is where White went wrong. Find out why. Aronian converted his advantage into a full point and gained a 1-0 lead.

If I have to choose Aronian's best game of the tournament, it will probably have to be this one. 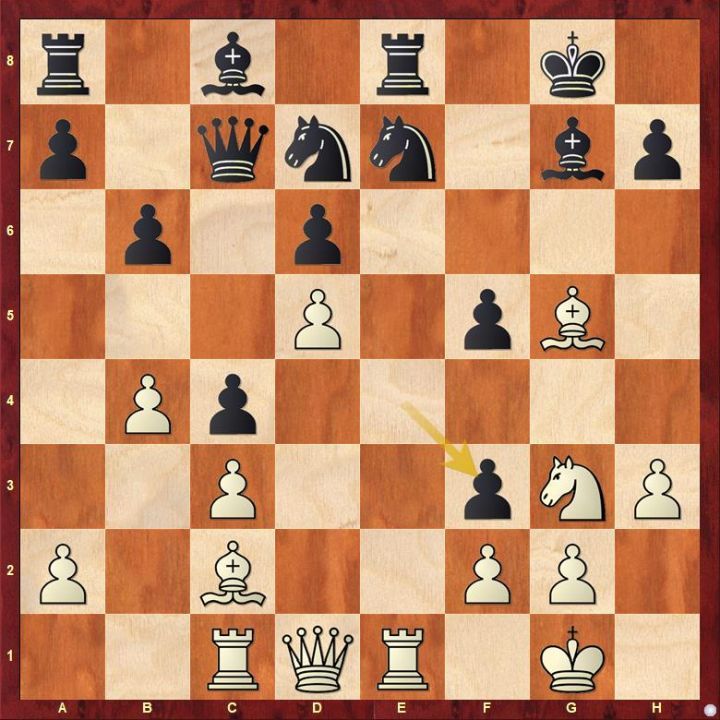 The masterpiece begins here. Try to think like Aronian and find out White's best continuation. What an amazing way to score a victory, win the second set 2-0 and the Finals.

Carlsen once again started his day with a loss. This was for the seventh time out of nine days. 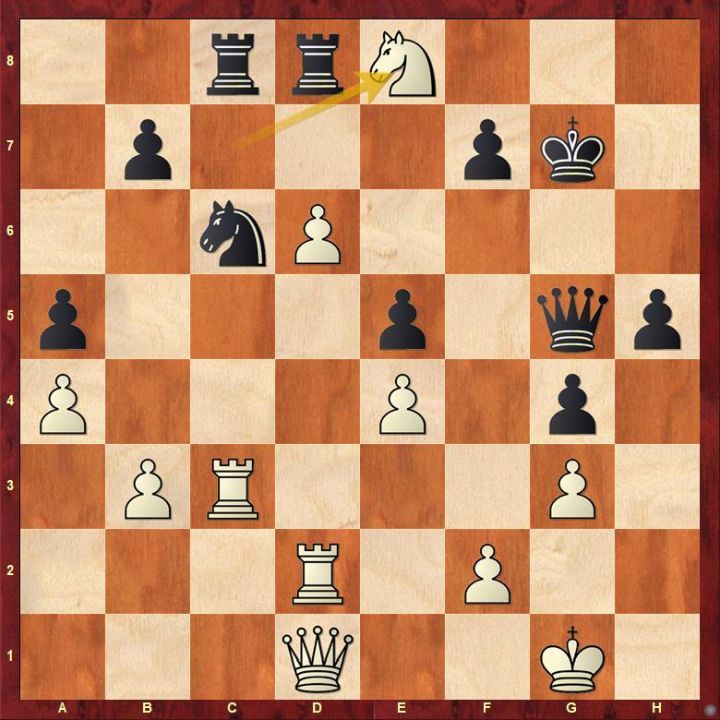 White invaded with 35.Ne8+. Black had to make an important decision on whether to take it or not. Carlsen decided not to and the position became worse. 35...Rxe8 36.d7 Rcd8 37.dxe8=Q Rxe8 would have been a better continuation for Black than the text. Eventually the game liquidated into a winning queen ending for White. Ding Liren won the game and took a 0-1 lead in the second set.

Ding Liren won the second game which once again witnessed another queen ending. 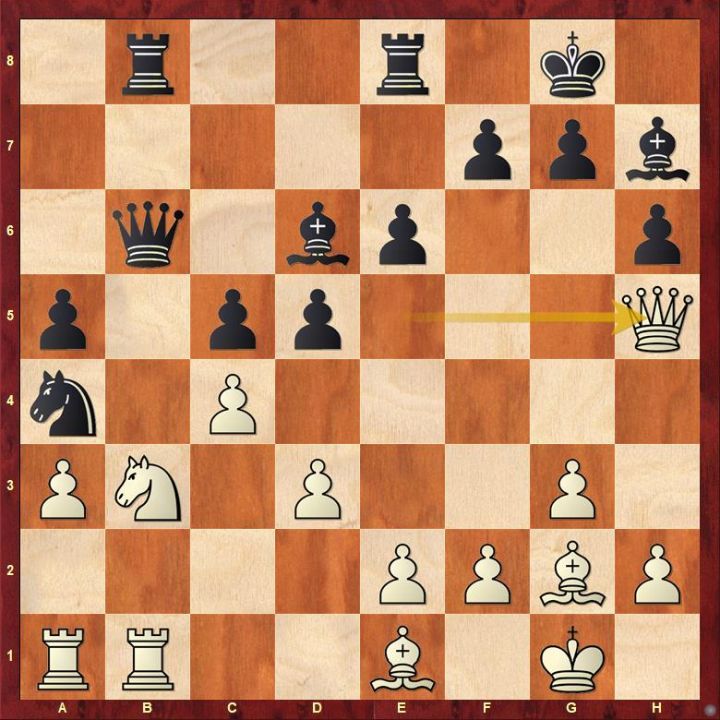 25.Qh5 allowed Black to gain a couple of valuable tempi and gain positional advantage. Ding Liren converted it into a victory without any trouble.

When Carlsen realized that the third game is heading towards a draw and neither side has a chance of winning, he just simply resigned. Why? A long draw would have also enforced tie-breaks anyway, so he made a practical decision. 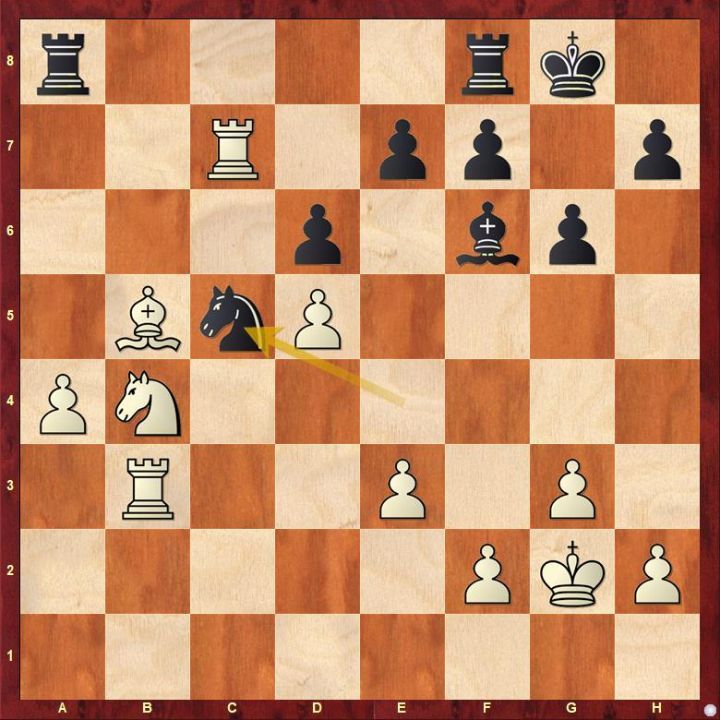 White could have sacrificed the exchange here 27.Rxc5 dxc5 28.Nc6 c4 29.Rb1 c3 30.e4 leads to win for White as the passer a-pawn can be the deciding factor. Ding Liren won the second set 0-3, it was time for Blitz tie-breaks.

Carlsen was determined to win the the match as it was evident in the first Blitz tie-break. 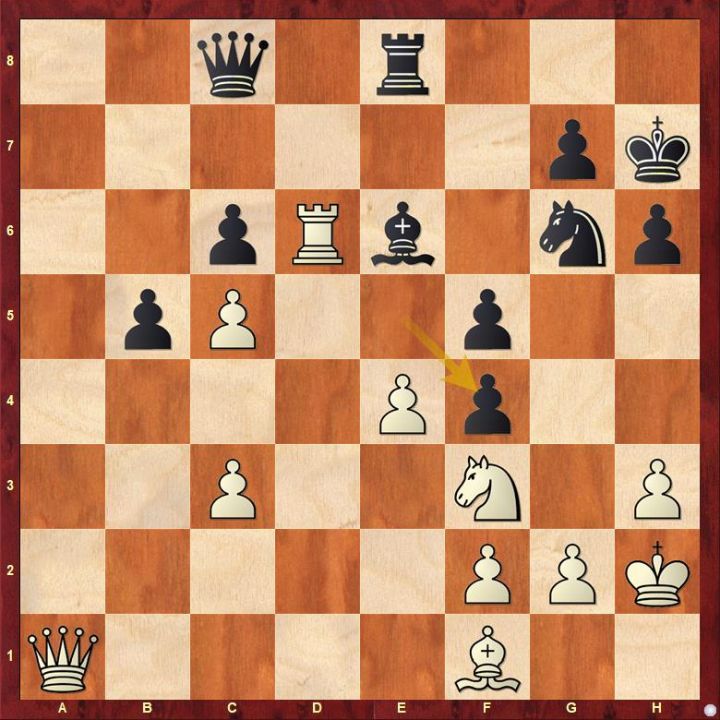 Things fell apart from Black quickly after 29...exf4. How should White continue here?

Carlsen was completely winning the second Blitz tie-break too but he decided to make it a draw as it was enough for him to win the set and the match. 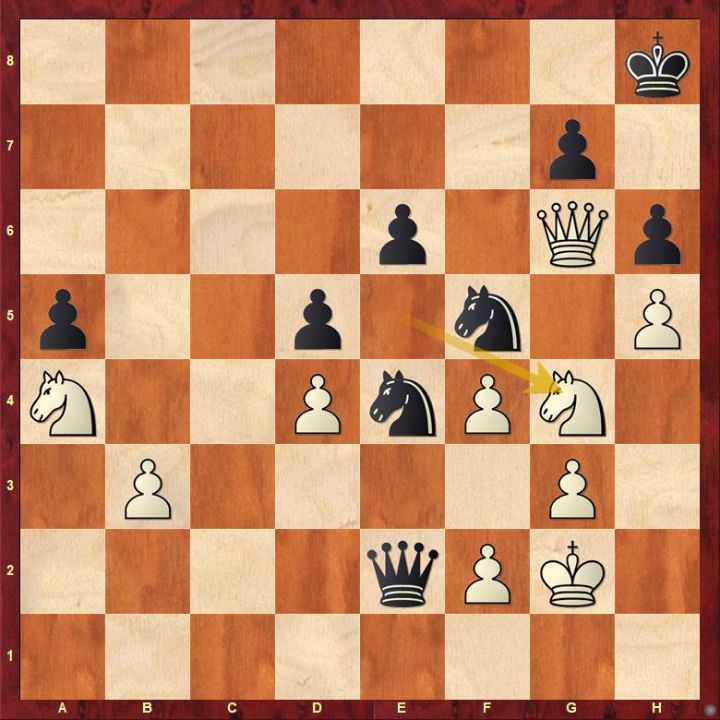 Find out the winning continuation for Black in the above diagram. 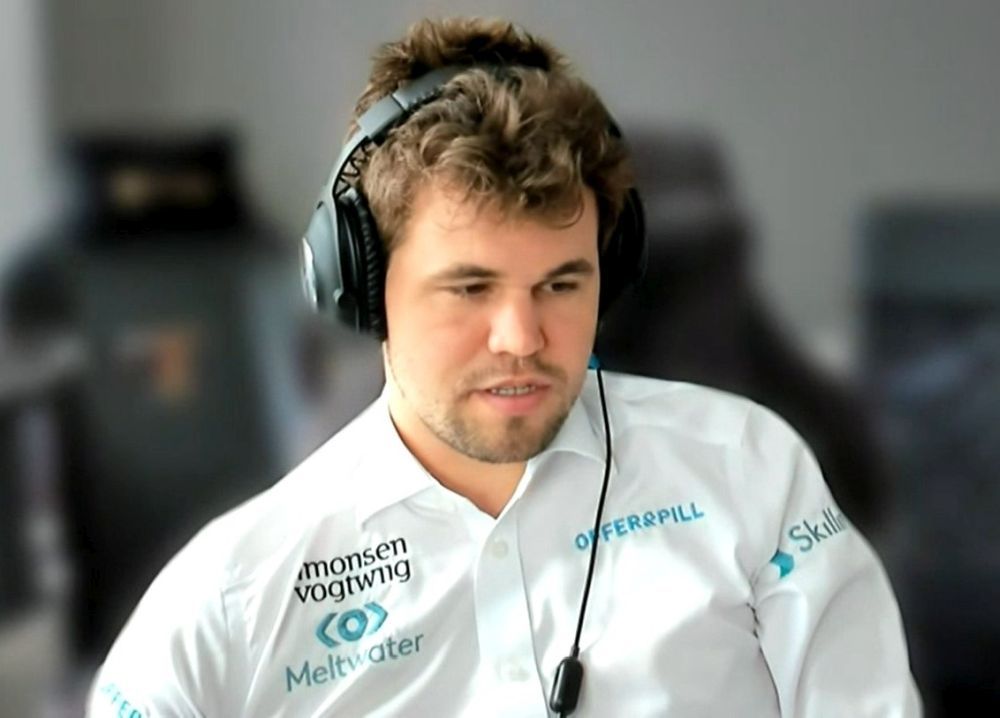