Last year on 2nd November So beat Carlsen to become the first ever Fischer Random Official World Champion. This year on 30th November, So beat Carlsen again and this time win the first tournament of Champions Chess Tour - Skilling Open by beating the World Champion in the Finals and advancing to the Finals of the Tour. Despite starting the day with a loss, So immediately struck back by winning the following Rapid game. He drew the next two Rapid games, won the first Blitz game and drew the second to clinch the championship. Fun fact: So beat Carlsen three times in the Finals with white pieces and all those victories were in endgames. Photo: chess24 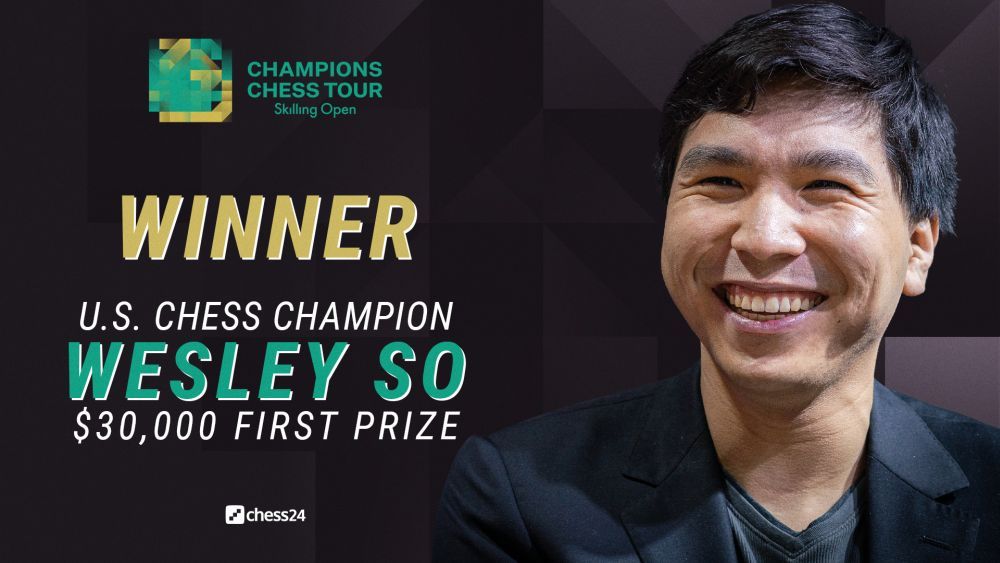 Wesley on what was going through his mind going into the Playoffs, "Well I stand by what I said yesterday. It feels like in a blitz game with only two games, anything can happen. So yeah I didn't mind going for the blitz at all because if it's four games it's a different matter but if it's two games, even though Magnus is favorite, anything can happen, one mistake will decide the entire match... I thought once I got to the blitz, the chances are closer to 50-50 in anything."

So on his quality of play, "Yeah I felt very happy with my match with Magnus because I felt like I was putting pressure on games where I shouldn't and I am finding moves which I shouldn't. He is giving me chances which should never happen. He is truly so much better player... I guess it helps with the fact that I had nothing left to lose after trailing my match with Radjabov in the Quarter-Finals. I basically expected my tournament to end there. So anything more than that is just an added bonus. Maybe that also helps when you play fearless attacking chess, you don't care if you lose, you just try to play good moves. My Quarter-Final match with Radjabov turned out to be the most critical because he probably should have won that match."

Everything was going fine in the first game of the Final day 2. So provoked Carlsen in the endgame which allowed him to sacrifice an exchange and gain the upper hand. 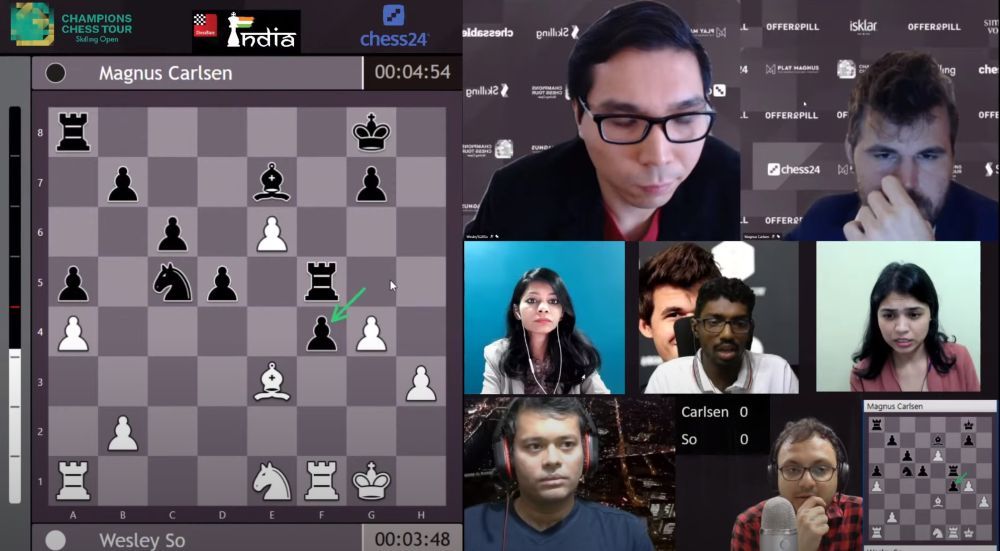 So made an incorrect decision of playing 26.g4. White could have simply taken the pawn with 26.fxg5.

So immediately struck back by equalizing the score with a victory. 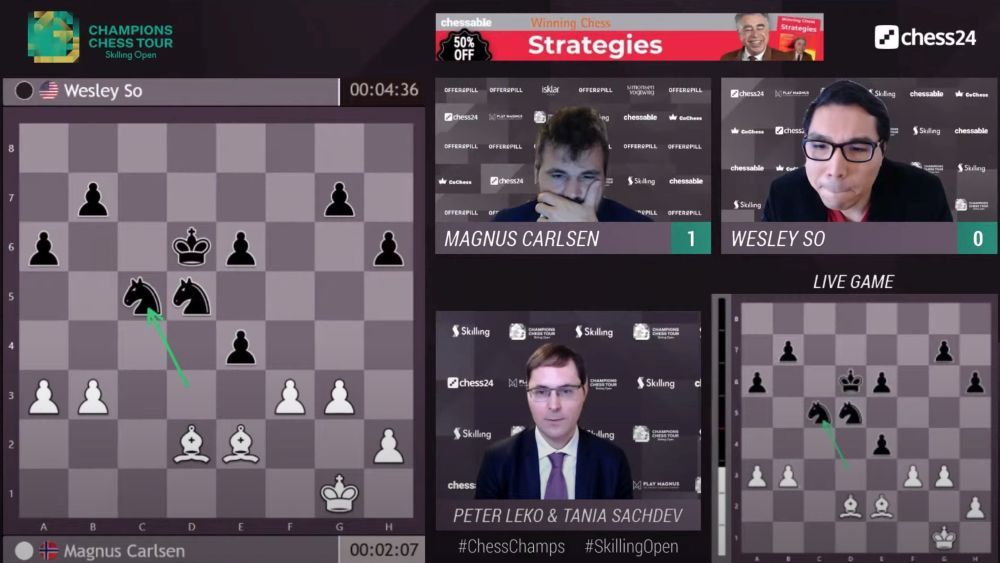 So played the endgame beautifully and capitalized on his advantage without giving any chance for his opponent to make a comeback.

The third and fourth Rapid game were two short draws in 31 and 23 moves respectively. However So made a big mistake in the third game which Carlsen also missed. 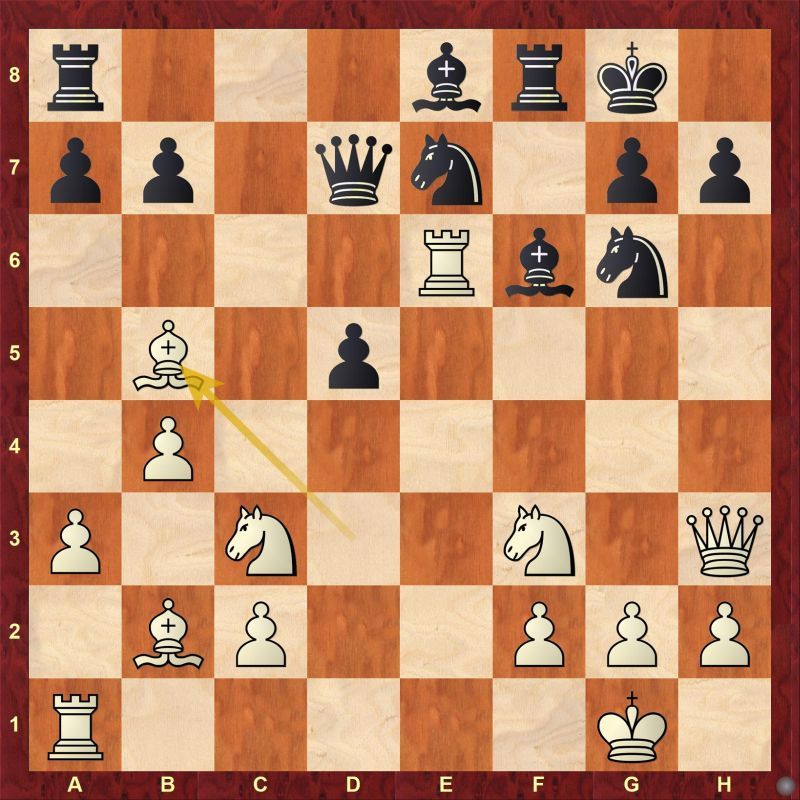 Carlsen made an unforced error in the first Blitz game. 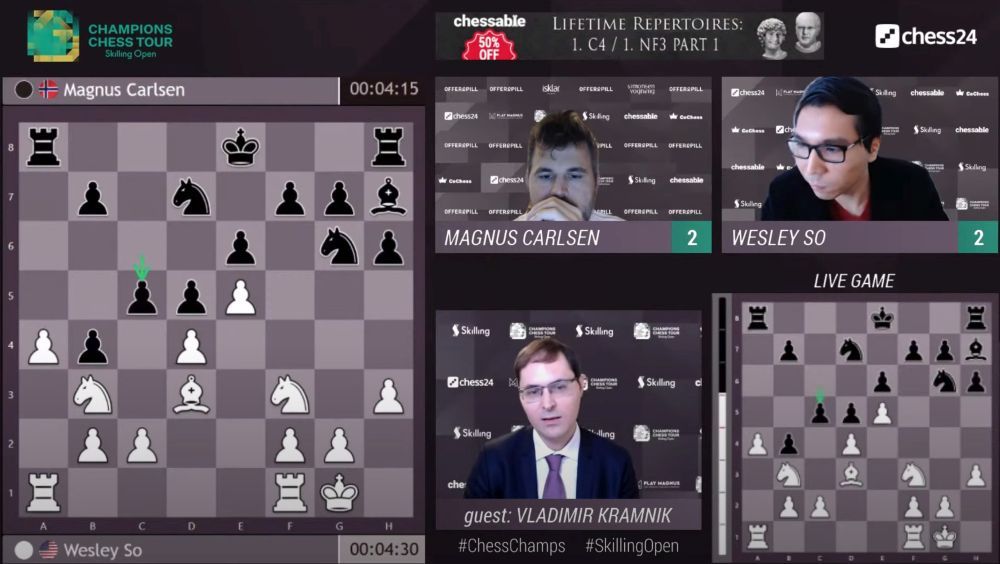 Both Leko and Kramnik found 15...c5 to be a little desperate from black. As it only makes things difficult for black, not white. 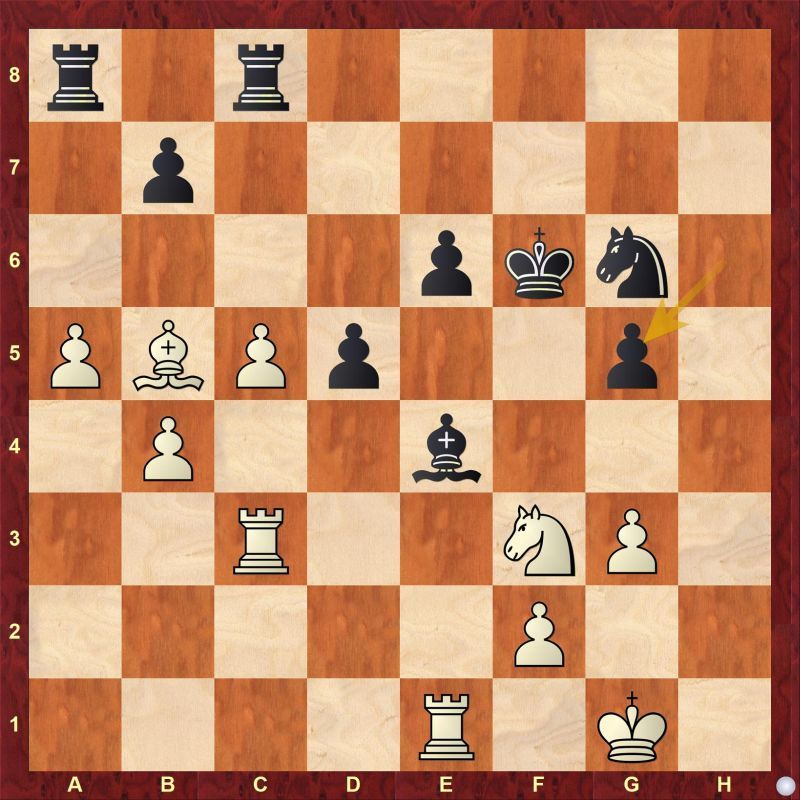 It is evident that white has a huge advantage. What is the correct plan for white after 28...hxg5 ? 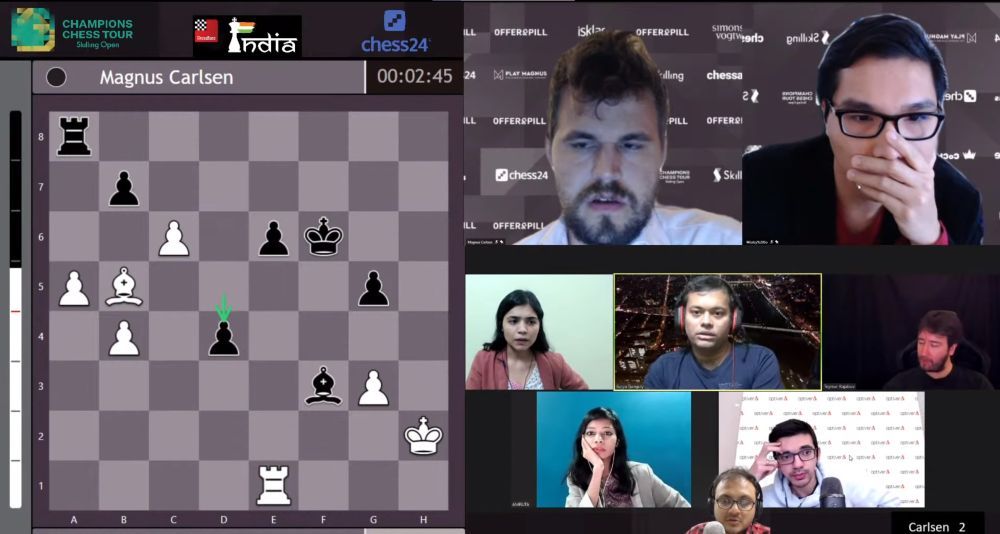 So misplayed a little bit which allowed Carlsen to almost get back in the game until he blundered with 34...d4. Find out why it's a big mistake.

In the second Blitz game, things could have gone in a different way if the world champion made a different choice. 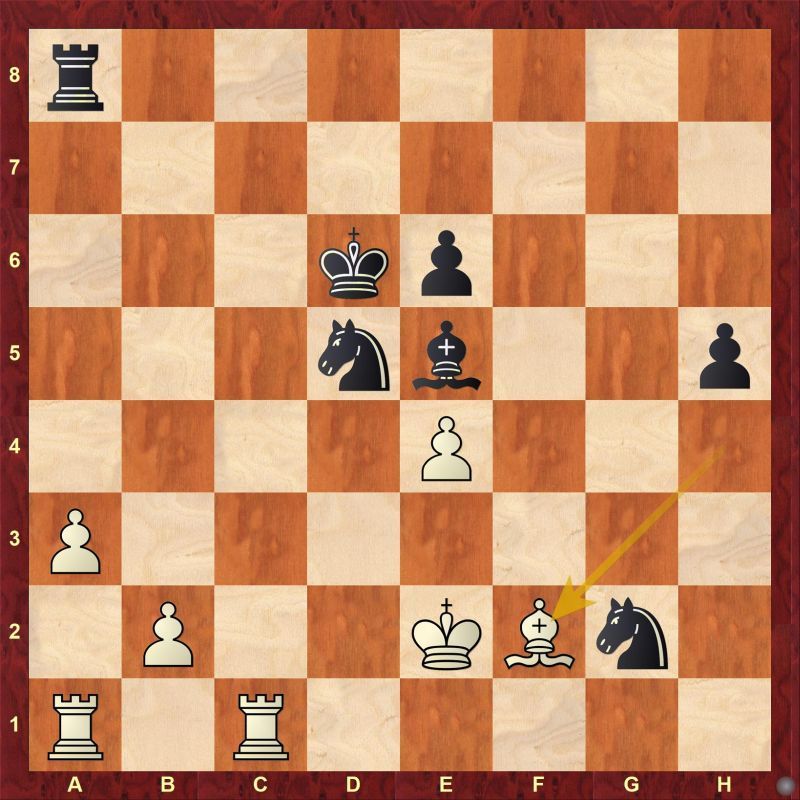 The game went on with 35...Ngf4+. What could have black done here instead?

Replay all Final games from Day 2 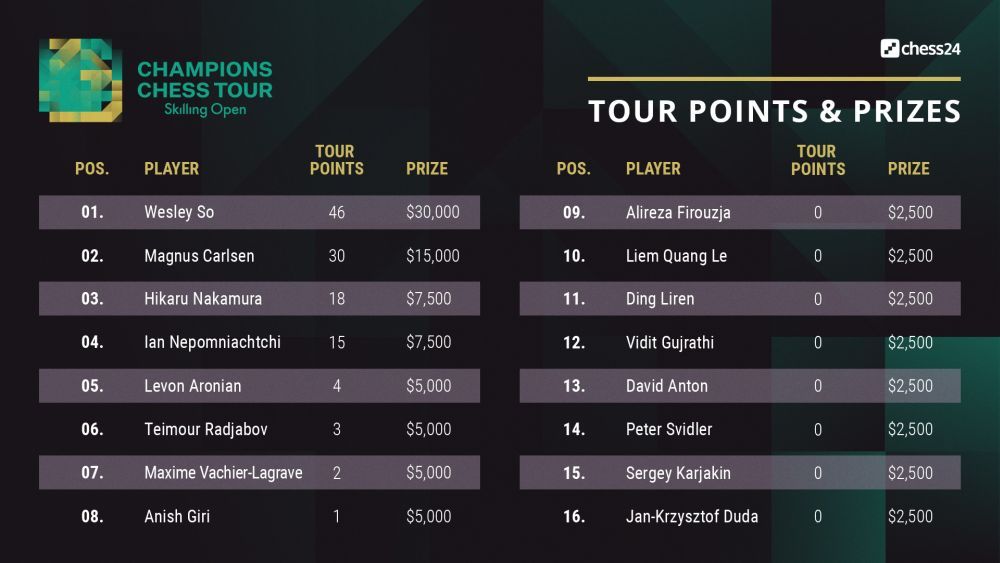