There have been only 2 tournaments with no-castling chess in the world till now- the Dortmund Sparkkasen NC masters in 2021 and 2022. Well, the next one is happening in India! GM Prithu Gupta will face IM Tor Fredrik Kaasen in a full-fledged no-Castling chess match in Shiv Nadar School, Gurugram. What is the format of the match? Why is no Castling chess so exciting? How is this epic battle being organized? Find out all the details in our article.

Draws are very commonplace in top-level Grandmaster play. Many elite GMs have mentioned that due to extensive opening theory, it's getting really hard to keep the creativity and fun factor in the game. To combat these issues, GM Vladimir Kramnik and Deepmind (the team behind Alphazero) came up with an interesting solution-  No Castling chess. In this chess variant, all the rules remain the same- with the exception that Castling is not allowed. 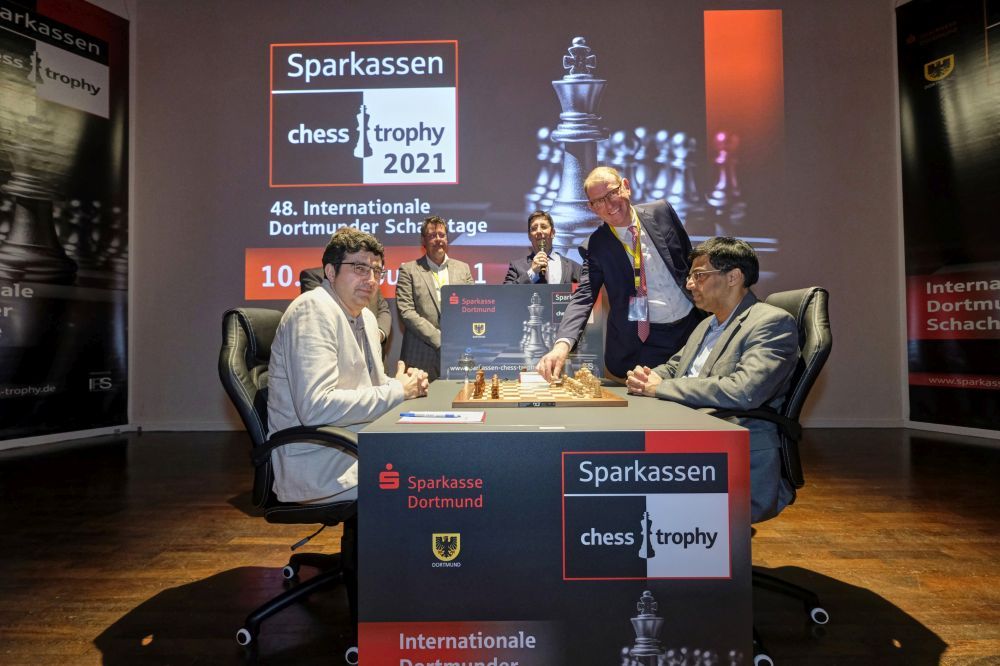 Vladimir Kramnik played the first no-Castling match of the world against none other than Vishy Anand, the Dortmund Sparkassen Chess trophy 2021.

Kramnik did an interview with ChessBase India when he introduced the idea of no-castling chess to the world. Find the article here.

The first no-castling match in Asia

Till now, only 2 No-castling chess events have been held all over the world: The Dortmund Sparkassen Chess Trophy 2021 and 2022. For the first time in India and Asia, this historic no-castling match will take place in Shiv Nadar School, Gurugram premises.

The venue of the match-Shiv Nadar School, Gurugram. Check out a short tour of the venue here.

GM Prithu Gupta of India and IM Tor Fredrik Kaasen will battle it out on the 64 squares on 9th August, 2 PM onwards.

The wild cats' hall auditorium where the match would be played on the stage at the end. Take a quick look at the hall here.

While the story of every grandmaster of Indian chess is different and unique, you wouldn't find a more inspiring tale than that of Prithu Gupta. The youngster from Delhi became the country's 64th GM at the age of 15 years 4 months and 10 days on the 18th of July 2019. 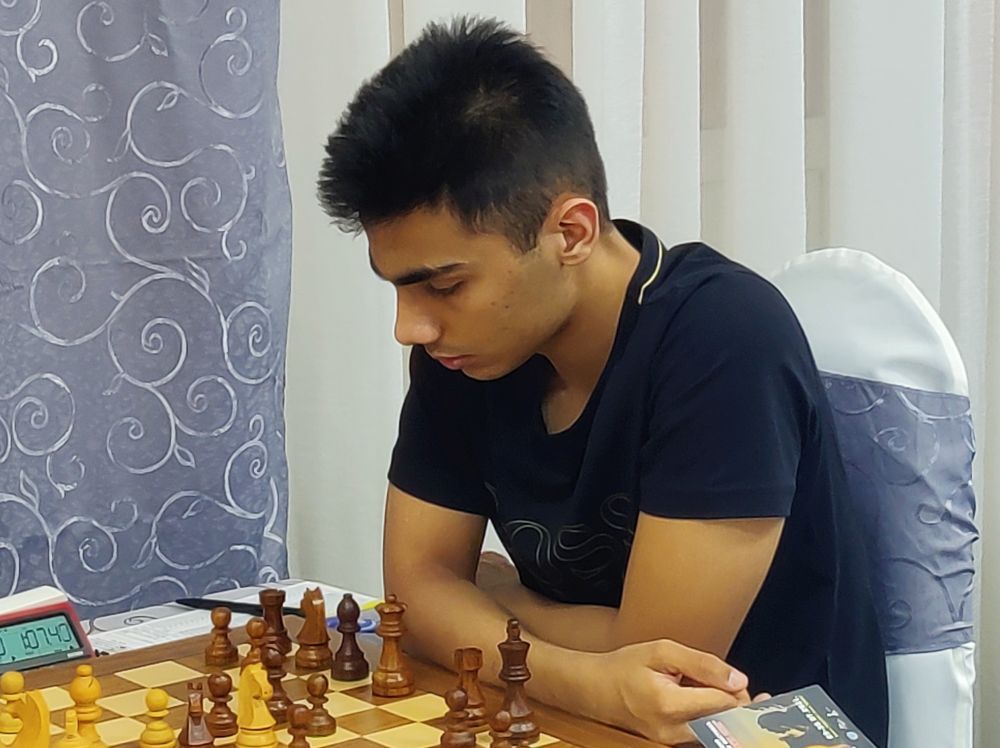 Academics is very important to Prithu- even with playing so much chess, he has maintained close to a 10 CGPA!

Prithu achieved his first GM norm at the Gibraltar Masters 2018, the second one at the Biel Masters 2018, and the final one at the Porticcio Open 2019. In the fifth round of the Portuguese League 2019, Prithu beat IM Lev Yankelevich and crossed the Elo threshold of 2500.

He is a strong Grandmaster and participated in the Microsense coaching camp along with many other talented juniors, under the guidance of GM Vladimir Kramnik. 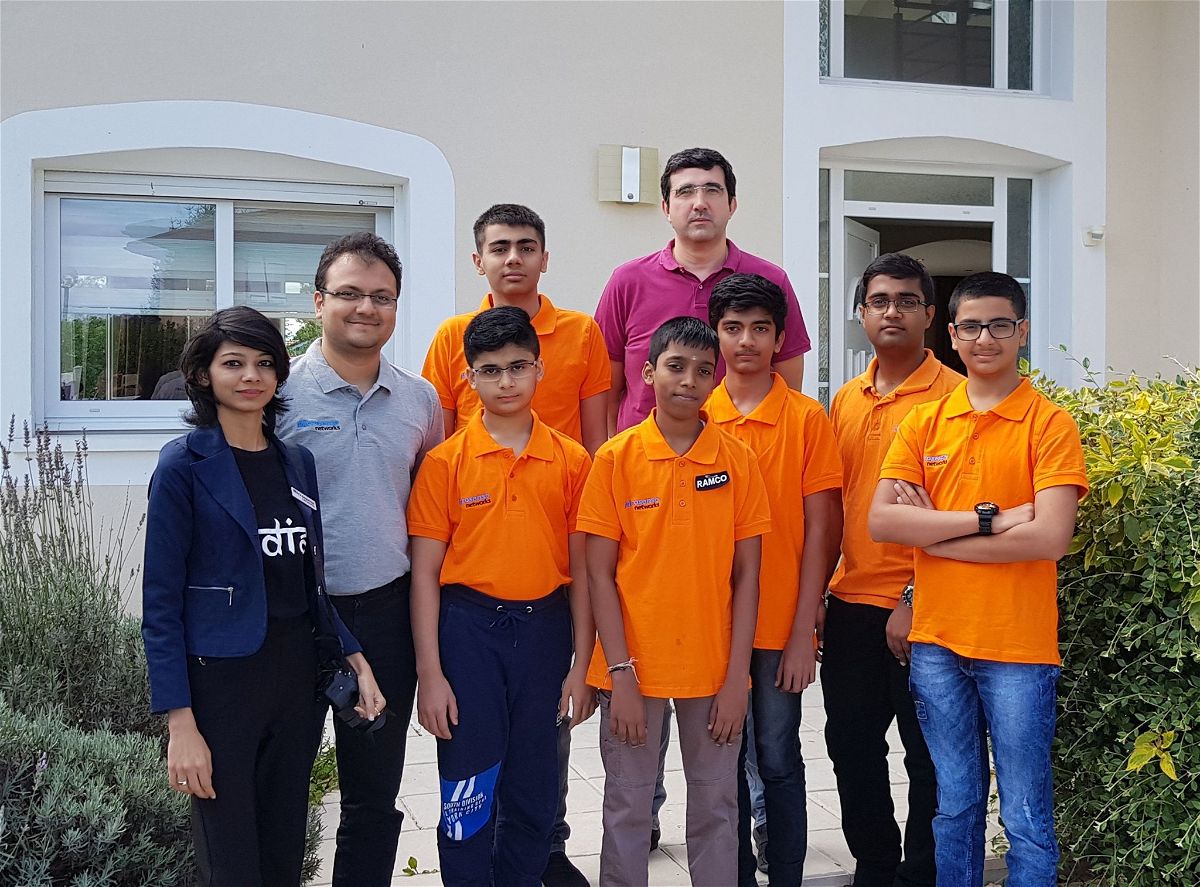 A nice group picture of the prodigies with Vladimir Kramnik. All of them are strong Grandmasters now!

A prominent young talent of Norway, Tor Fredrik Kaasen is a strong International Master. He is a top U-20 Norwegian junior and multiple-time national, European continental and world youth medalist

Fredrik plays the bartender of one of the most famous chess bars in the world, the Good knight chess bar in Oslo, Norway! Source: Offerspill chess club

He recently got his first GM Norm, and he's also a chessable author of two courses on the Catalan!

The 20-year-old young gun is already a strong force to reckon with.
Fredrik after getting his first GM Norm in July 2022. Source: Fredrik's Facebook.
IM Tor Kaasen (Norway-2453) vs GM Prithu Gupta (India-2444). As always, our traditions and values rightfully demand and honor the guest’s hospitality and designation first!

There are 2 segments of the match. The first segment is the rapid segment, where 4 10+5 games will be played. The next segment will be a blitz match, where 2 games of 5+5 time control will be played. In case of tied scores after the first or subsequent segments, Armageddon will decide the winner. 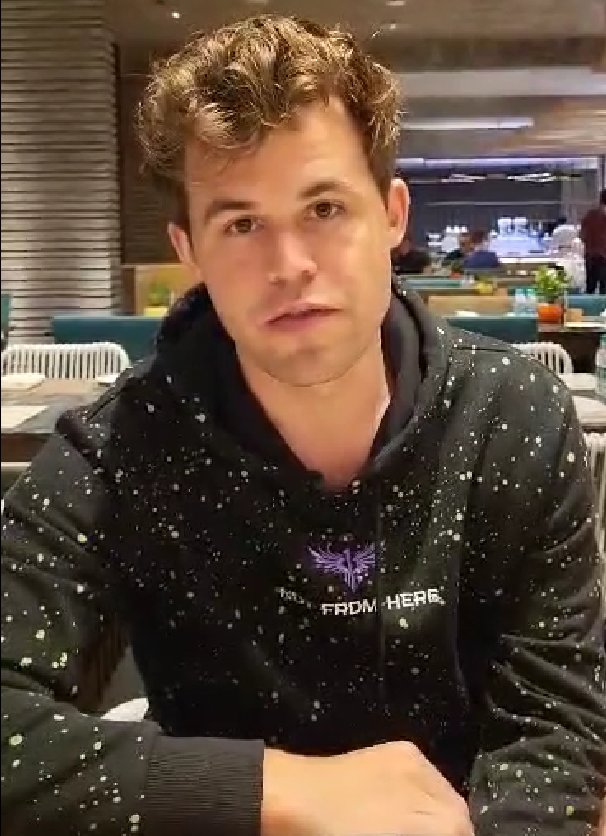 The world champion Magnus Carlsen wished both of the players good luck for the match! Check out the video here.

The prize fund is 1250€(1 lakh INR approx). It is to be divided between the winner and loser in 60:40(750€:500€) in world championship match fashion, owing to the historic India-Norway World Chess Championship rivalry!

The beginning of the World Championship rivalry between India and Norway- Vishy Anand battled Magnus Carlsen for the WC title in Chennai, 2013.

The event is being sponsored by the Shiv Nadar school foundation and the CEO of the foundation, ex-war veteran and educationist Colonel K Gopal.

GM Prithu Gupta in the aftermath of his meeting about the event with the CEO of Shiv Nadar schools and universities across India, and the godfather of Asia’s first ‘No Castling’ event- retired war veteran Colonel Gopal Karunakaran.

The other set of sponsors for the event is the board of HCL(Hindustan Computers limited). It is the company of the owner of the school, Dr.Shiv Nadar. He is the 3rd richest man in India. His daughter is the Chairperson of HCL, India’s richest woman, Ms.Roshni Malhotra, and her husband is Shikhar Malhotra. Both of them are also sponsoring the event.

GM Prithu Gupta in conversation with Dr. Shikhar Malhotra, proposing his idea of having India and Asia's first no-castling match on the school premises.

Among others, The Norwegian ambassador to India is expected to join as the guest of honor. Who will win this exciting battle- India or Norway? We have to wait and watch.