IM Harikrishnan A Ra of Airport Authority of India, scored an unbeaten 8.0/9 to win Sivakasi Chess Club & Sri Kaliswari College Rapid Rating Open. Three more players - CM Lakshmi Narayanan M V, Subramanian R M and P Rajasekaran also finished with the same score. They were placed second to fourth according to the tie-breaks. Harikrishnan won a trophy and ₹10000 cash, Lakshmi received a trophy and ₹7000 and Subramanian got ₹6000 as their prizes. The total prize fund of the tournament was ₹50000. Entry fee was only ₹250. This was the first rating tournament in Tamil Nadu after a gap of 20 months. Photo: IA R Anantharam/Sivakasi Chess Club

International Master Harikrishnan A Ra of Airport Authority of India, a recent beneficiary of the “Pursue Your Chess” - a ChessBase India scholarship, won the Sri Kaliswari College Rapid raring tournament, organized by Sivakasi Chess Club in the last week of November. 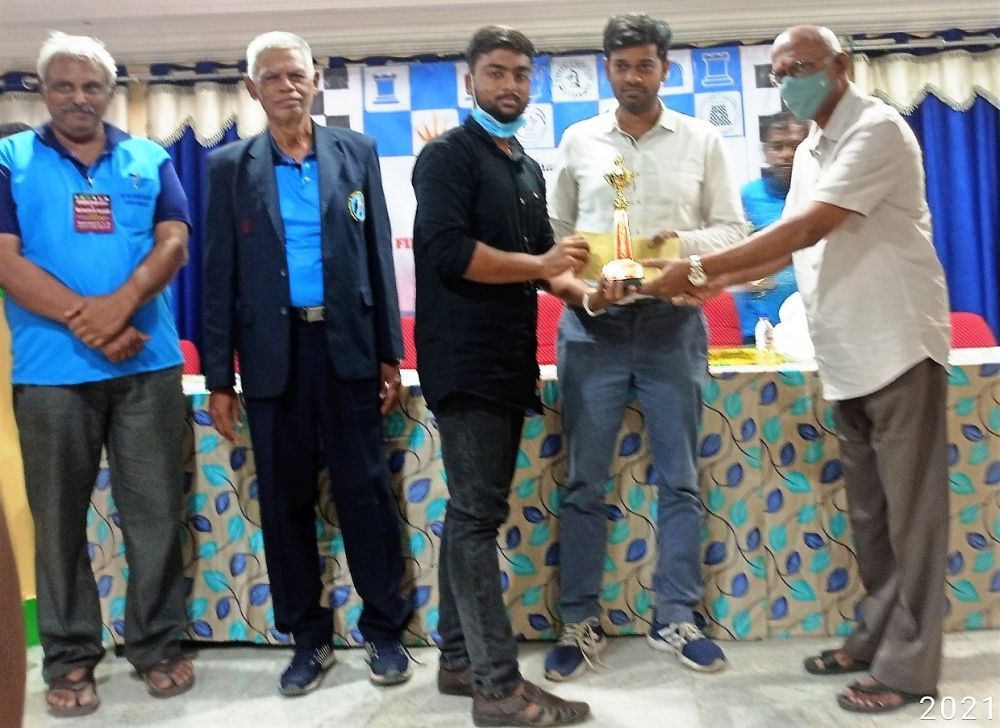 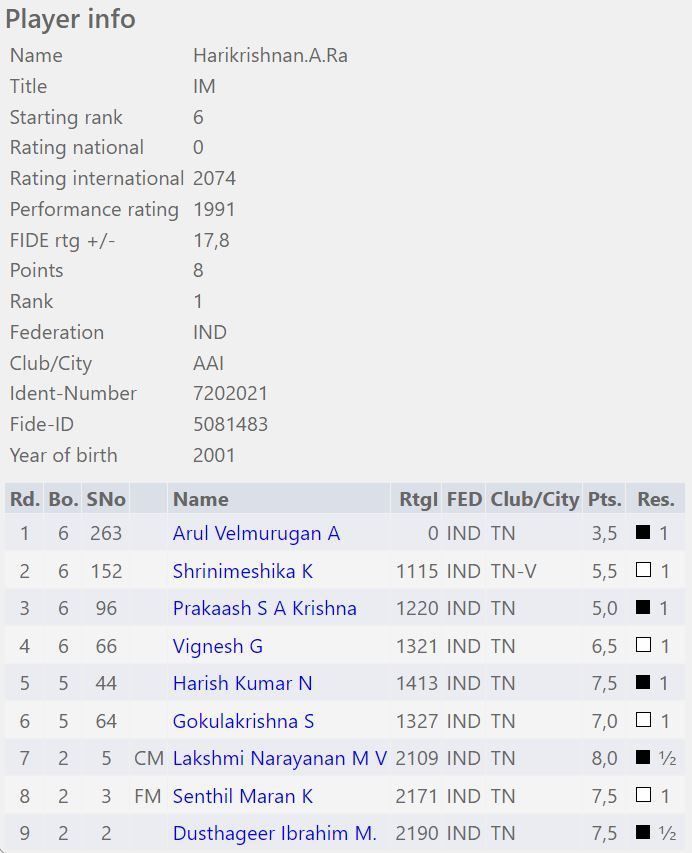 The first rated tournament in Tamil Nadu after a gap of about twenty months witnessed a large turnout of players to quench their chess thirst. More than five hundred players participated in the nine round tournament, headed by former Tamil Nadu State Junior champion and local star FM Maheswaran P of Postal Services in the seeding list. IMs Harikrshnan and R Balasubramaniam were seeded sixth and ninth respectively. There were two elite guests – GM Vishnu Prasanna and GM Deepan Chakkravarthy to the tournament.

Of the twelve top boards in the fifth round, ten players with white pieces won the game, the Maharashtra youngster Arvind Iyer’s win over former state junior champion S S Manigandan of Golden Knights Chess Academy Madurai is worth mentioning.

The biggest upset of the tournament was the debacle of the top seed Maheswaran against the International Master Balsubramanian and L Srihari of Pondicherry drew with K Senthil Maran of Chennai. Five players – J Saranya of Postal Services, Harikrishnan, Dusthagir, M V Lakshmi Narayanan of Kodaikanal and IM Bala shot into the lead with six points each. Dusthagir defeated Saranya to emerge sole leader, as other co-leaders either drew or lost their games.

Things turned topsy-turvy in the eighth round, as Dusthagir lost to MVL, allowing the latter to join the lead with Harikrishnan who got the better of Senthil Maran. Six players were half a point behind the leader with seven points each.

On the top board of the ninth and final round, M V Lakshmi Narayanan drew with IM Bala and IM Harikrishnan also settled for a draw with Dusthagir, forcing a tie between MVL and Hari with eight points each. Harikrishnan pipped MVL at the post by half a point in the Buchholz Cut 1 tiebreak to bag the championship and Rs.10000/- first prize. 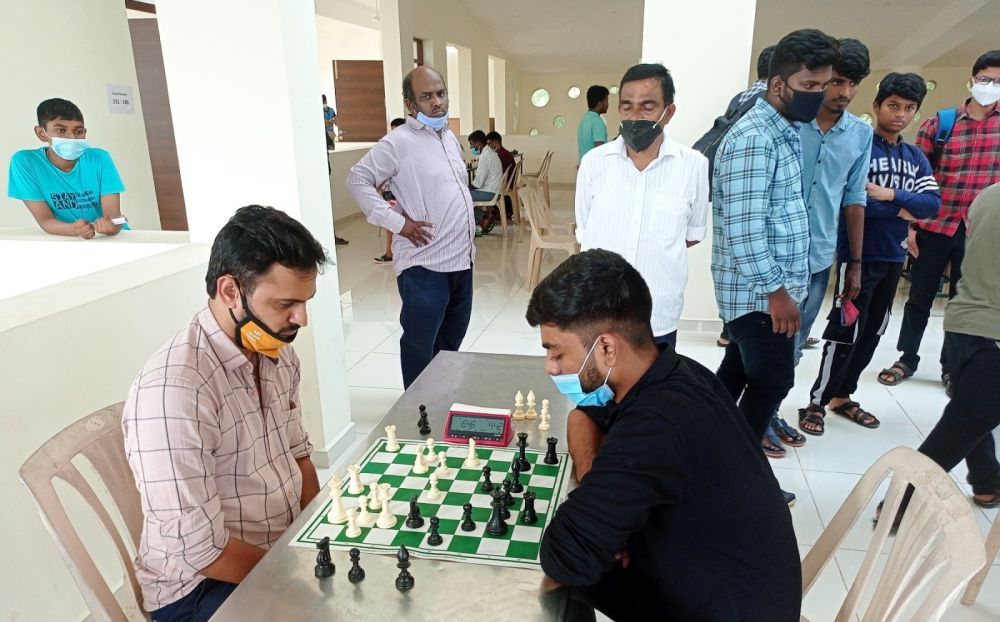 Grandmaster Vishnu Prasanna, who is the head coach of the Hatsun Chess Academy, located close to the venue monitored his students’ performance in the tournament. Between each round, he used to analyse the games of his students and gave some valuable tips.

GM Vishnu Prasanna analysed the games of his students in Hatsun Chess Academy, after each round. His assistant R Ganesh is sitting behind

Grandmaster Deepan Chakkravarthy also made a visit to the tournament, while he was in his nearby native place, Madurai.

Dr. Krishnamoorthy, Principal of Sri Kaliswari College inaugurated the tournament in the presence of Sri G Ramamoorthy, President of Sivakasi Chess Club. Grandmaster V Vishnu Prasanna, the chief trainer of the Hatsun Chess Academy, a nearby campus to the college, distributed the prizes.

The college organized the National Junior championship in 2005, which was won by GM Deep Sengupta, followed by GM Deepan Chakkravarthy. IM Soumya Swaminathan won the title for girls.

C Karuppasamy a recipient of the chess scholarship of the college has been selected to represent Maduarai Kamaraj University in 2021-22.