R K Sabarish of Tiruchirappali scored 6.5/7 and finished a half point ahead of pack of ten players to win Rotary International 100 years Celebration Rating tournament. Tiruvarur District Chess Association organized this tournament with an entry fee of only ₹250. The tournament witnessed a total participation of 279 players from various districts across the state of Tamil Nadu. Top seed T Shyam Sundar who is also an International Arbiter himself, scored 6.5/7 to secure the second runner-up position. The organizers provided free lunch to all players and parents. To encourage under-8 and under-10 players, all of them were given a prize each. We bring you a pictorial report of this tournament. Photo: IA Palaniappan Kasi

Rotary International 100 years Celebration Rating tournament witnessed 279 players from various districts across the state of Tamil Nadu. Third seeded R K Sabarish of Tiruchirappalli scored an unbeaten 6.5/7 to finish a half point ahead of the pack of ten players to clinch the championship. 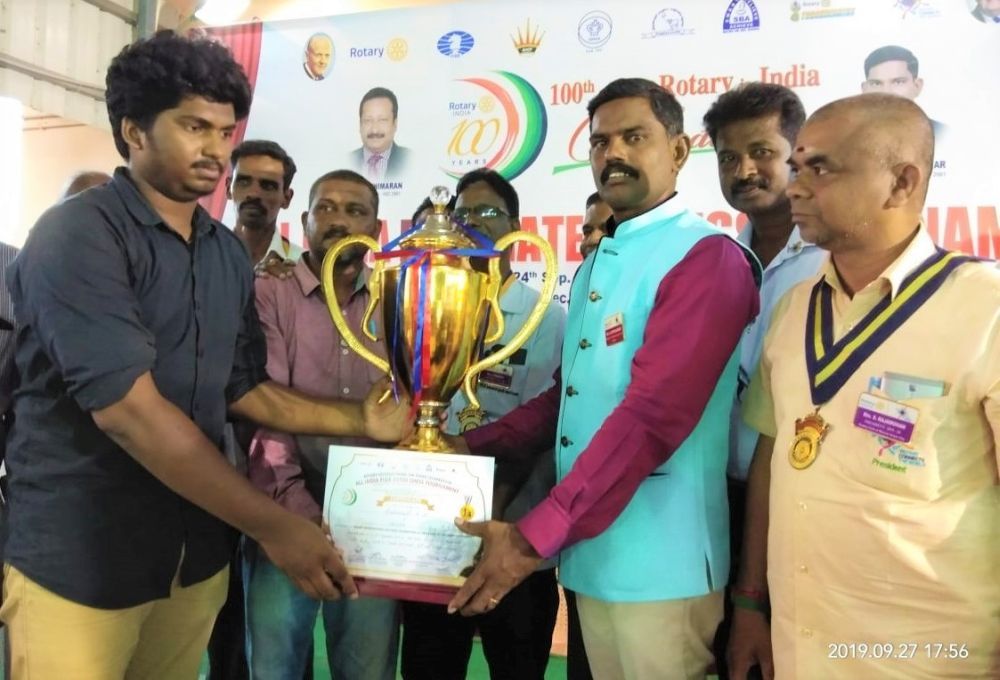 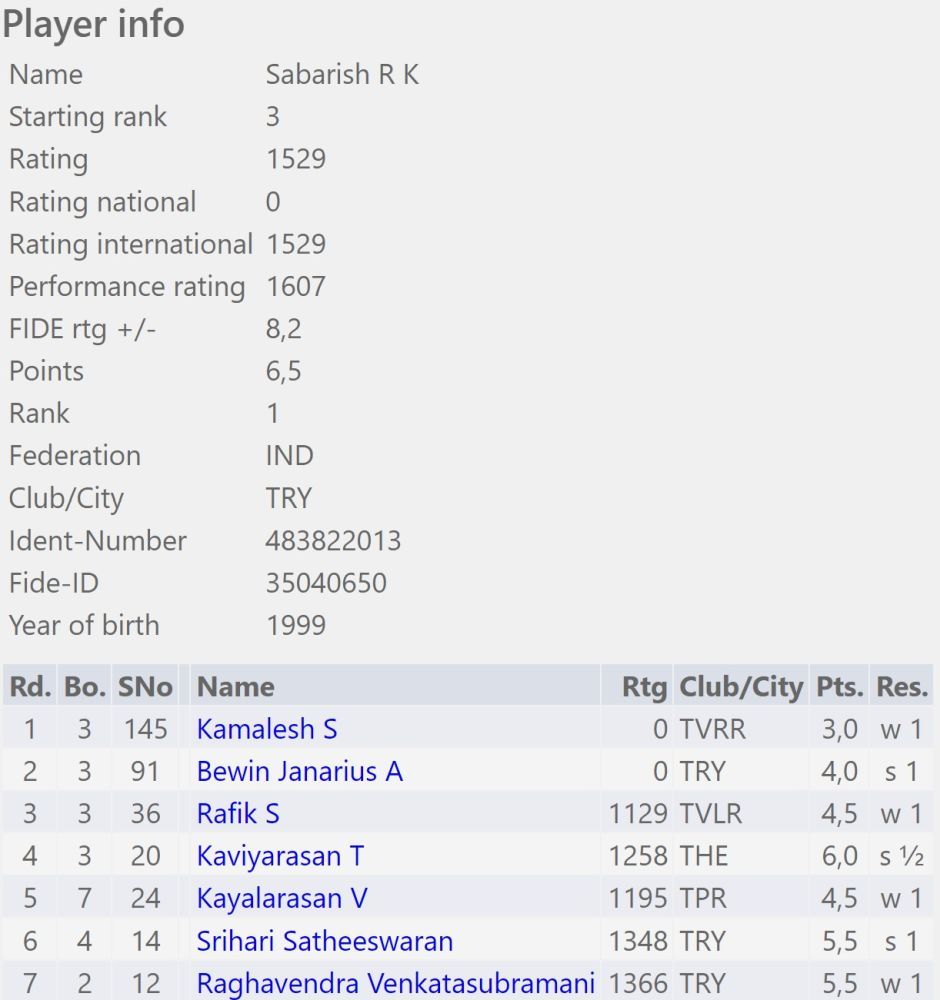 Since the total number of participants was over 275, as many as ten players finished at 6.0/7. Out of them Manikanda Prabhu secured the runner-up place due to a better tie-break score. 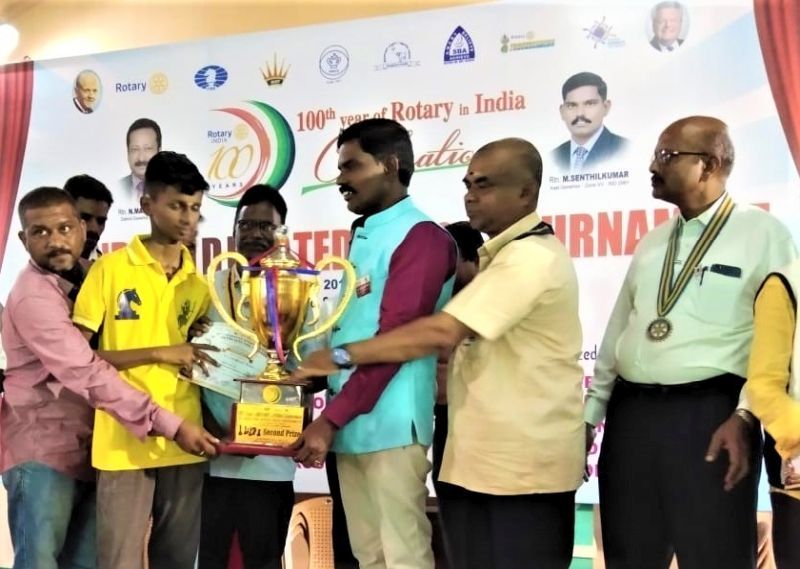 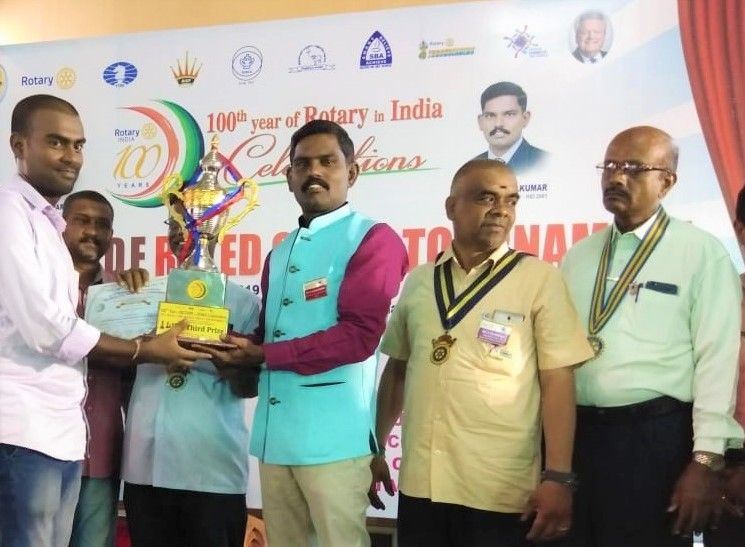 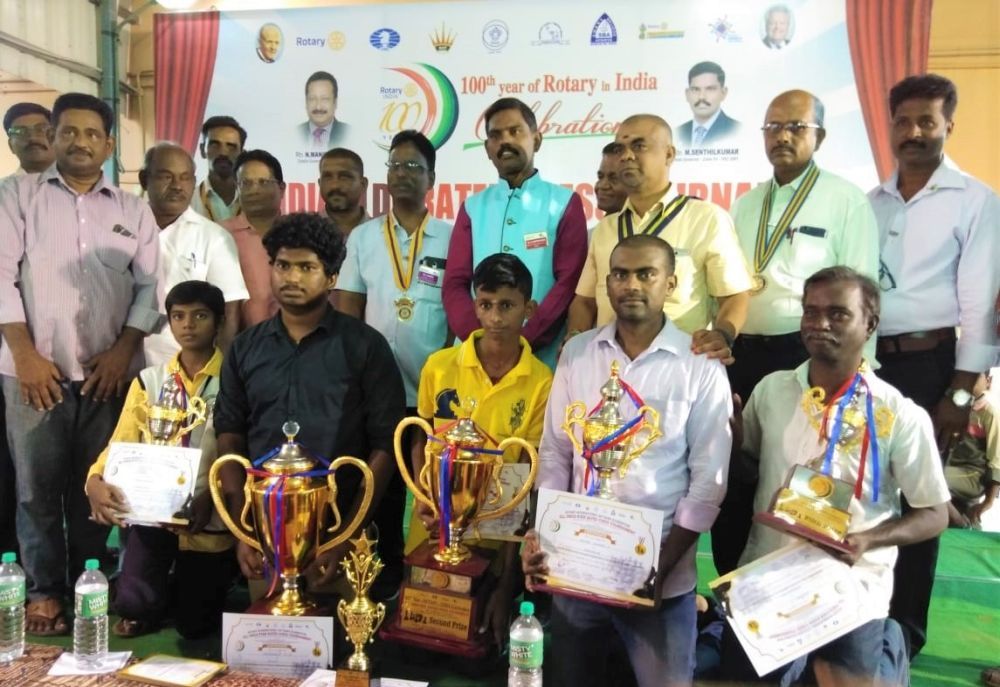 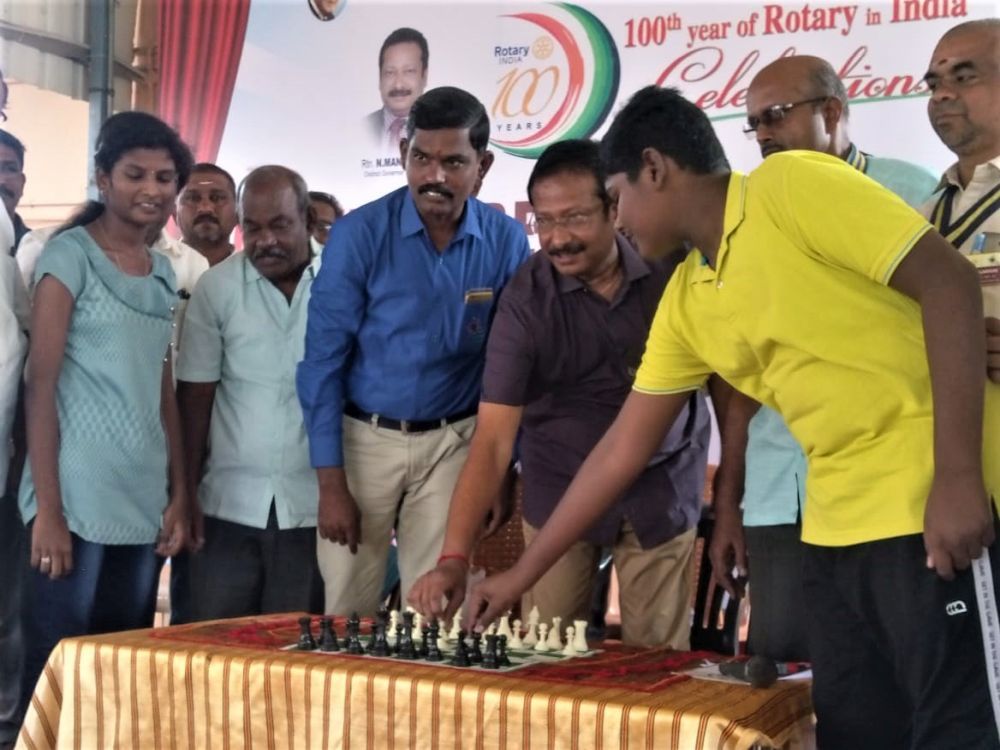 Inaugural move is being made | Photo: Palaniappan Kasi 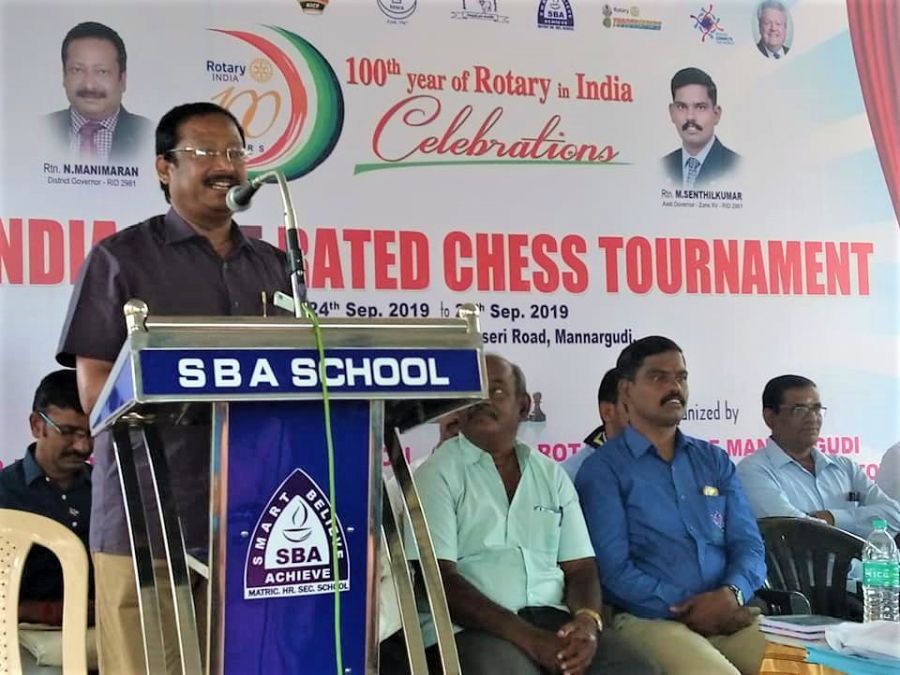 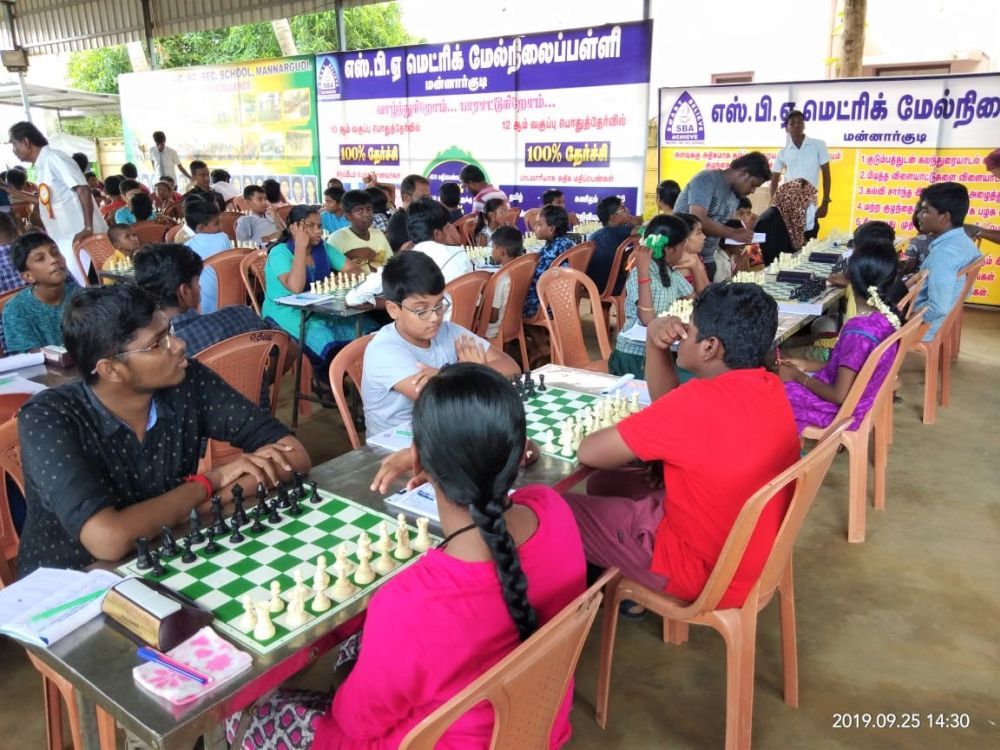 One of the specialty of the tournament was entry fee was only ₹250. The organizers provided lunch to all players and parents for all days. They also gave prizes to all under-8 and under-10 participants to encourage them.