A Chess bonanza in Tamil Nadu is awaiting the chess lovers. It is a well known fact that Tamil Nadu dominates the chess field in India – be it the number of top players it has produced, the effective chess administration, leading the field of arbiters (three A grade arbiters out of seven in India) and so on. What is the secret behind the extraordinary growth in chess? The simple fact is that Tamil Nadu conducts more tournaments in all levels than most of the other states. The players are immensely benefited out of these tournaments to enhance their quality and rating. Photo: Tournament circular

A GM Tournament and Two Nationals in 40 days

There will be a grand treat for 40 days to the chess enthusiasts from 9th July to 17th August – Tamil Nadu hosting the National Sub Junior Championship at Tiruchengode 12 KMs from Erode, the Textile city from 9th to 17th July, immediately followed by the prestigious National Women Championship at Karaikudi from 19th to 28th July and the Athens of the East GM International tournament at the Temple city, Madurai from 10th to 17th August.

The 45th National Open and 36th Girls Sub Junior (under 15) championships will be held at KSR Educational Institutions, KSR Malvi Nagar, Tiruchengode-637215. The municipality is about 20 KMs and the college is about 12 KMs from Erode, a Corporation and a big market for textiles. For more details, click here. 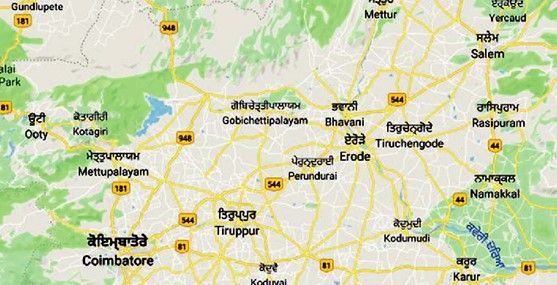 The championship is jointly organized by the Namakkal District Chess Foundation and Sivakasi Chess Club. The championship gains importance because the winner will represent India in the Asian and World under 16 championships in 2020. The winners of the tournaments include a galaxy of Indian stars – needless to say that five times world champion Vishy Anand won the event twice in 1983 and 1984. 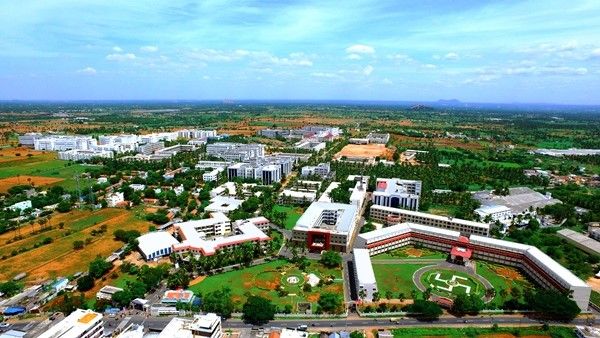 KSR Engineering college is nestled in a sprawling lush green campus of more than 400 acres, with a student strength of about twenty five thousand! There are five food courts offering multi cuisine services catering to the need of bon vivant diners. 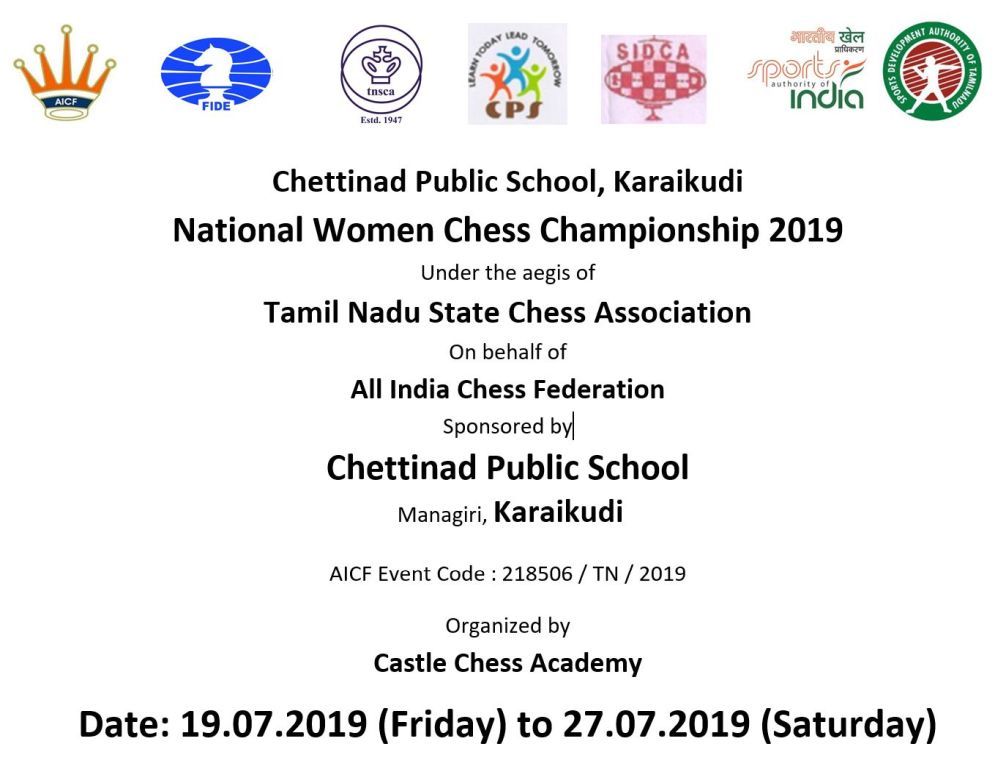 The Under 11 National Championships 2018 at Chettinad Public School, Karaikudi was widely acclaimed as one of the best ever nationals. The AC accommodation to players and parents, a huge waiting hall for parents with the live display of games on a giant screen, free quality food to all participants including the accompanying persons, daily sight seeing trip (once to Rameswaram) and many more facilities made the tournament a memorable event. The Chairman of the Chettinad Public School Sri. SP Kumaresan has now turned his eye on a more bigger event – National Women Championship 2019. Participation of 2 IMs, 6 WGMs, 11 WIMs and 7 WFMs in the 2018 edition of the tournament is a measure of its strength. A prize fund of Rs. 15 lacs and a berth for the Asian Women Championship is bound to attract all the top female players of the country. Click here for more details. 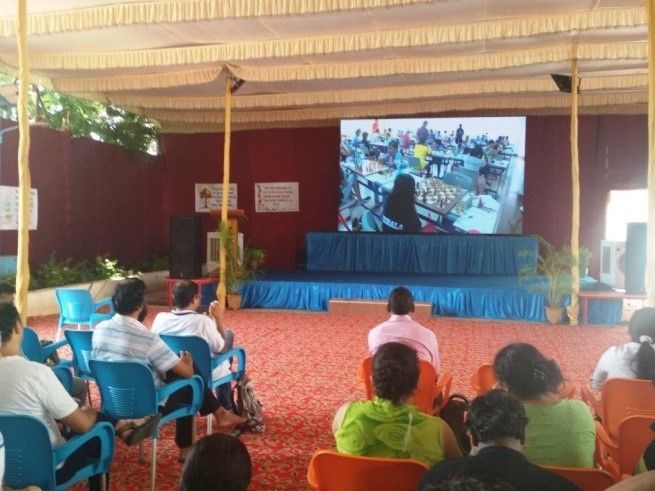 Live streaming of the games displayed for the waiting parents in the under-11 nationals 2018 at Chettinad Public School, Karaikudi 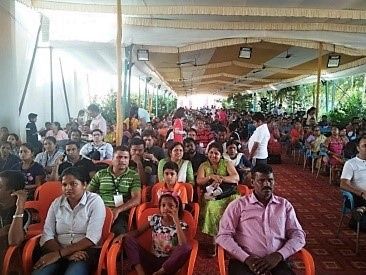 A view of the waiting hall for parents

The Chettinad Public School is supported by Castle Chess Academy and SIvagangai District Chess Associationin organising the national. One has to remember that the World Schools under-7 and National under-7 champion Lakshana Subramanian is from Chettinad Public School. The entire credit goes to Sri Sp. Kumaresan, the Chairman. 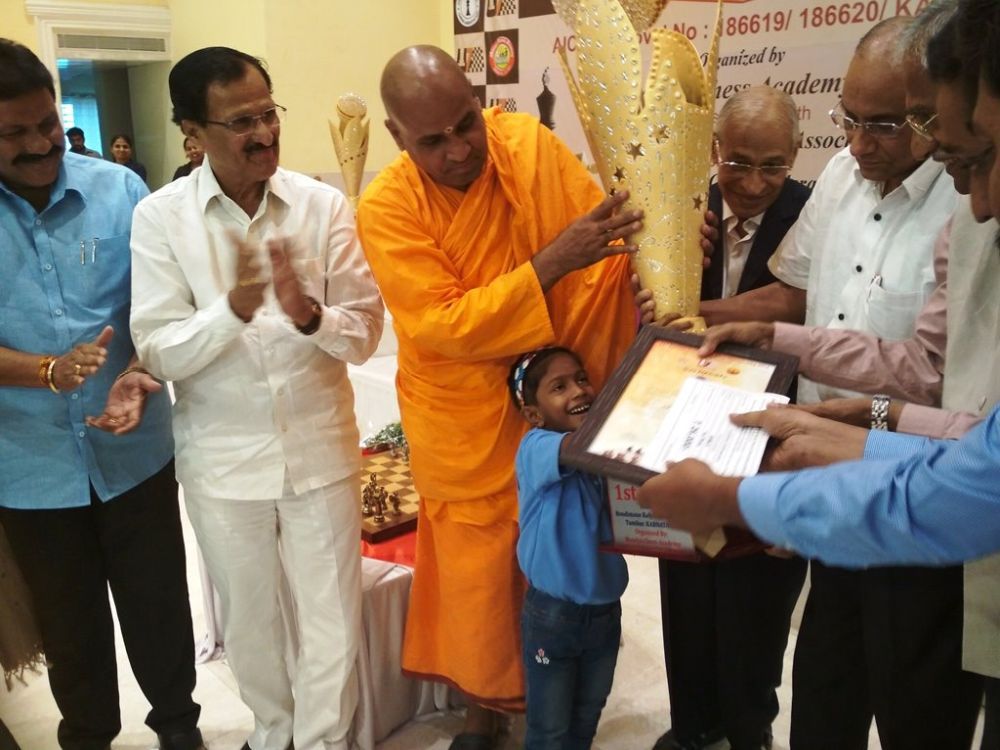 The little Lakshana with her national under 7 trophy, taller than her. Lakshana is from CPS, the organising school of National Women Championship | Photo: R Anantharam 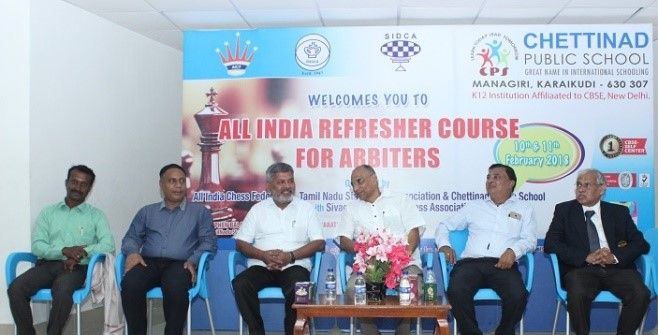 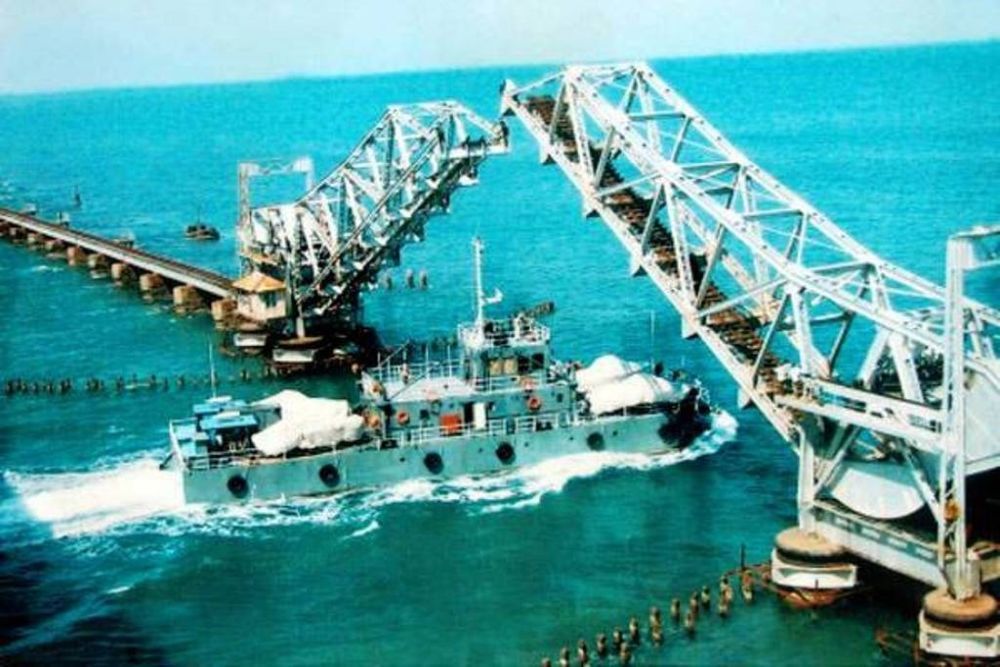 The fascinating Pamban rail bridge, giving way to a ship. It is near Rameswaram, about 130 KMs from Karaikudi 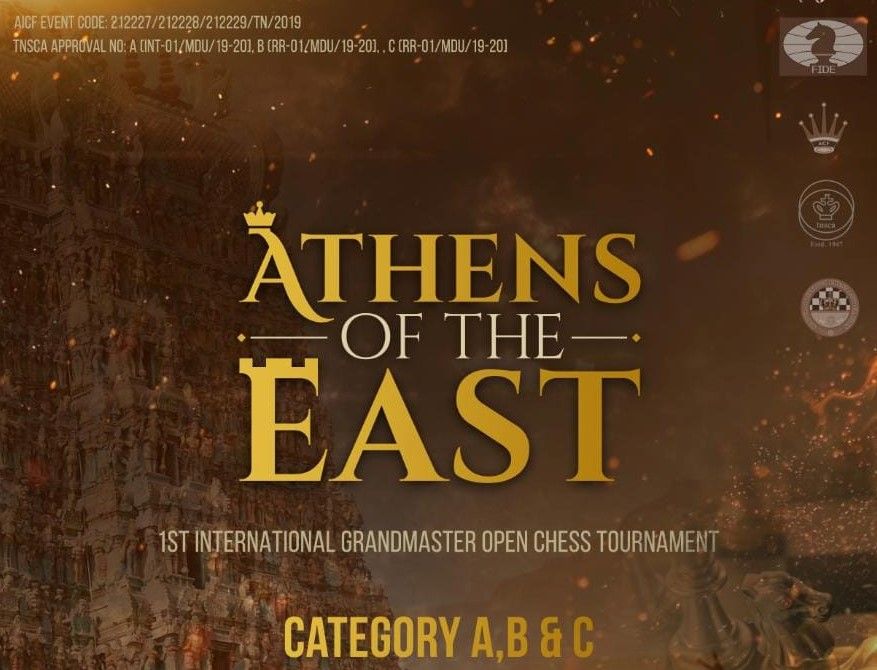 Though Madurai, the temple city has produced many prominent players like GM Aravinth Chithambaram, GM Deepan Chakkravarthy and GM Magesh Chandran, it has not conducted any major chess event in the recent past. To compensate the deficiency, the young chess player P. Pragadesh of Ananthi Chess Academy shouldered the challenge and bore the burden of holding the Rs.32 lacs prize money tournament at Poppys, a star hotel in Madurai from 10th to 17th August 2019. Click here for more details.

A panoramic view of the Madurai Temple 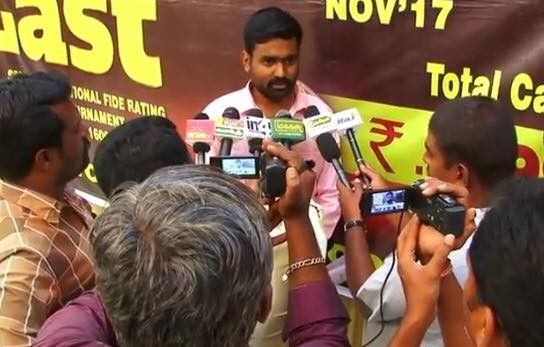 P Pragadesh crowded by the media in a Press Conference 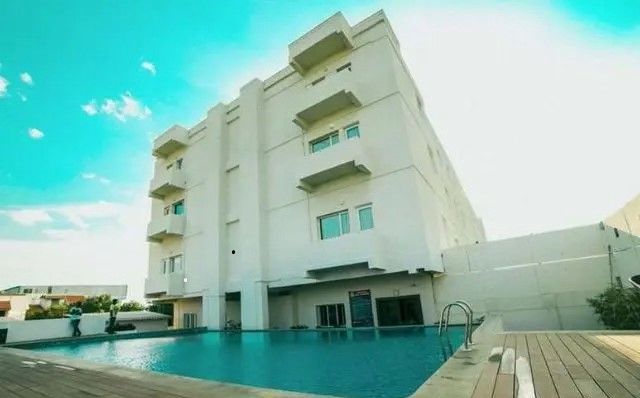 The tournament has been divided into three categories – A, B and C, the elite A category wherein grandmasters will participate carry a cash prize of Rs. twelve lakhs. Many foreign and Indian grandmasters are expected to play and they will be staying in the star hotel venue itself. The B category is for players with a rating below 1700 and it offers a prize money of Rs.10 lakhs similar to the category C for players having rating below 1600.

Why Athens of the East

Welcome to Tamil Nadu, the chess hub of India and enjoy the three tournaments.