Reigning National Triple Crown champion and top seed of the tournament GM Aravindh Chithambaram scored 6.5/7 to win All India Chess Grand Prix Rapid Rating Open 2020 at Karaikudi, Tamil Nadu. Double IM-norm holder FM Pranesh M also finished with the same score, however due to a better tie-break score, Aravindh clinched the championship and Pranesh had to be content with the runner-up position. Six players finished at 6.0/7, IM Al Muthaiah secured the third position according to the tie-breaks. Total 190 players including two GMs and three IMs participated in this fourth leg of the Grand Prix. Currently Pranesh is leading the table, followed by IMs Saravana Krishnan and Ra Harikrishnan. Photo: Amruta Mokal

Pranesh ties with the champion Aravindh 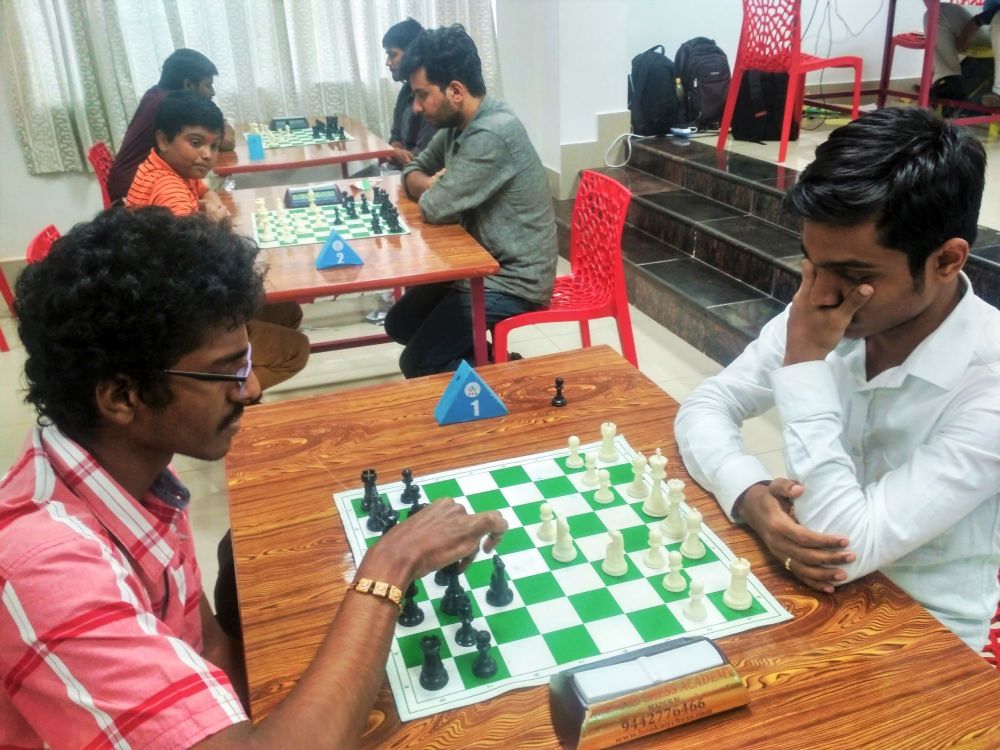 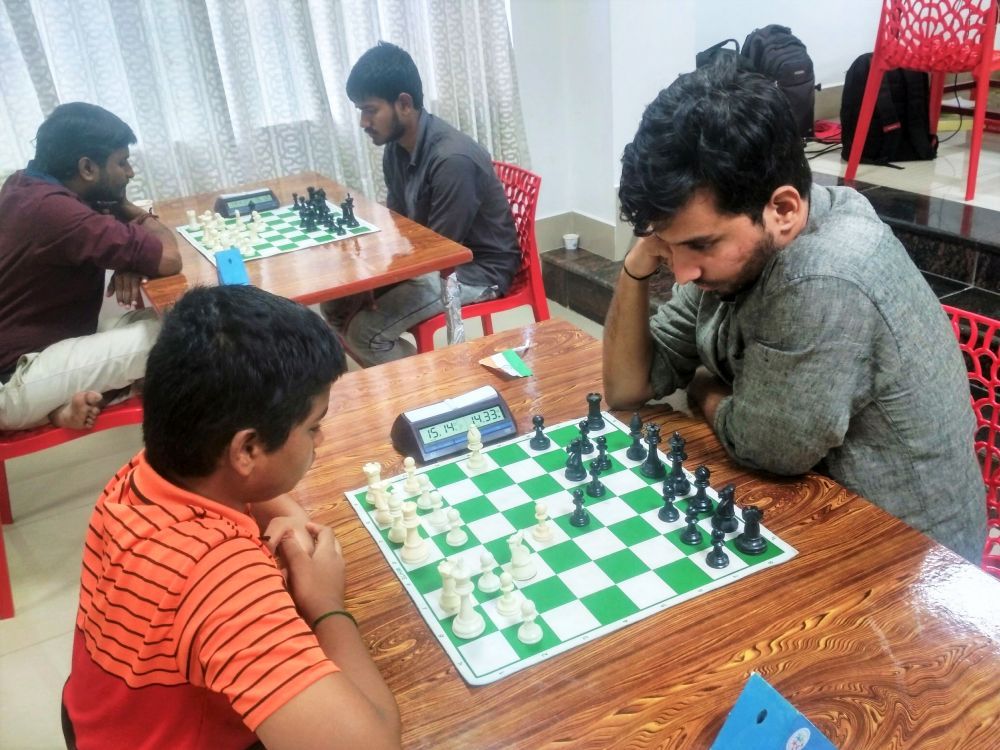 Aravindh Chithambaram defeated former National Rapid champion Ram S Krishnan of BSNL and IM-elect Rathanvel got the better of Senthil Maran to share the lead with 5.0/5 each at the end of the fifth round. Seven players GM Shyam Sundar, N Lokesh, P Maheswaran, former National under-10 champion Syed Anwar Shazuli, IM Muthaiah AL, M Pranesh and S Prasannaa were half a point behind at 4.5/5 each. 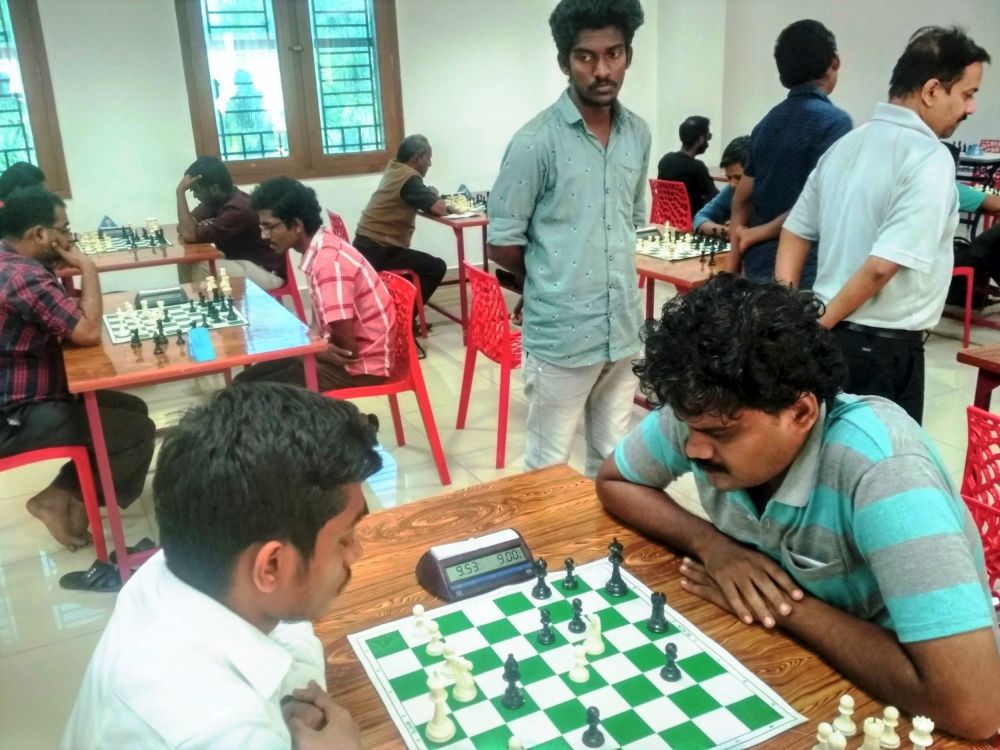 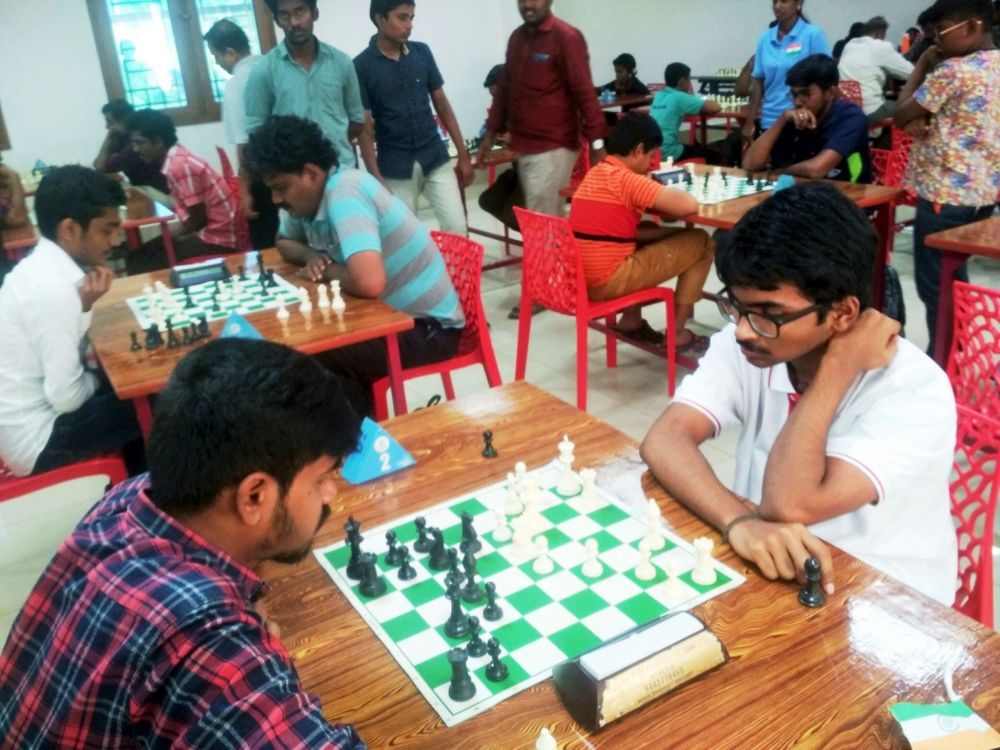 Rathanvel joined Aravindh in the lead after round 5 | Photo: R Anantharam

Aravindh scored his sixth consecutive win against the co-leader Rathanvel to emerge as the sole leader at the end of the sixth and penultimate round. Shyam won against Lokesh, Pranesh upset Ram and Muthaiah scored a win over Prasanna to be half a point behind Aravindh. 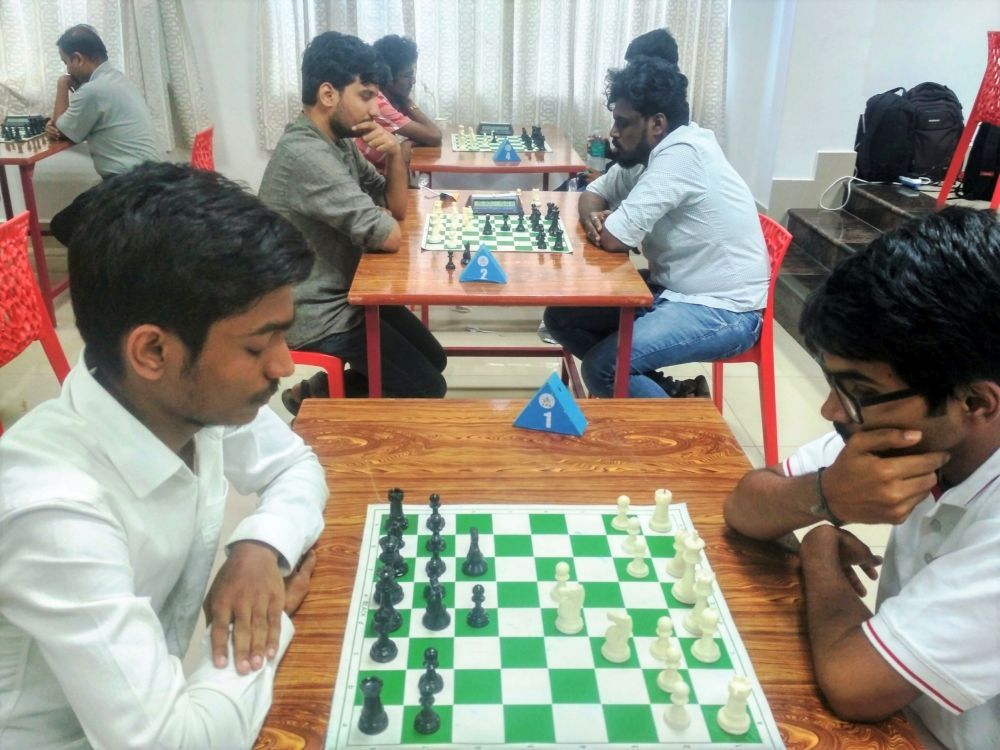 Aravindh defeated Rathanvel in the sixth round to emerge as the sole leader | Photo: R Anantharam

In the final round, Aravindh drew with Muthaiah and Pranesh delivered the biggest upset of the tournament by beating GM Shyam Sundar, thus catching up with Aravindh on the points tally of 6.5/7 each. With a better tiebreak score as expected, Aravindh lifted the title with a cash prize of ₹15000. Six players were on six points leaving Muthaiah on the third place, followed by Rathanvel, Syed Anwar, Senthil Maran, Harikrishnan and Barath Kalyan in that order respectively. 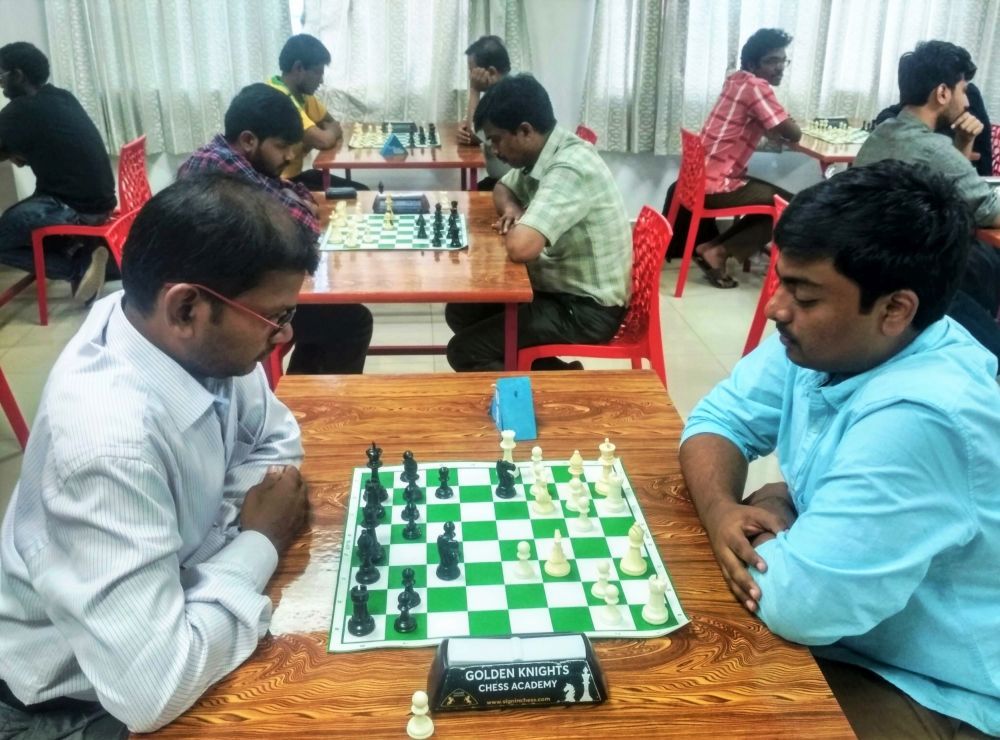 Sri Kumaresan, Chairman of Chettinad Public School, who earned name and fame in the chess circle by organising two National championships in the last two years, distributed the prizes in a splendid manner. He proved that he is second to none in hospitality by providing sumptuous breakfast and dinner to all players and parents.

With one more rating tournament at Coimbatore on 23rd February, FM Pranesh M leads the table with 460 points, followed by IMs Saravana Krishnan and IM A Ra Harikrishnan, who have played three and four tournaments respectively. National champion GM Aravindh Chithambaram is on fifth place but he has played only two tournaments and most probably will not play the final leg as he is scheduled to play at Aeroflot tournament in Moscow, Russia. 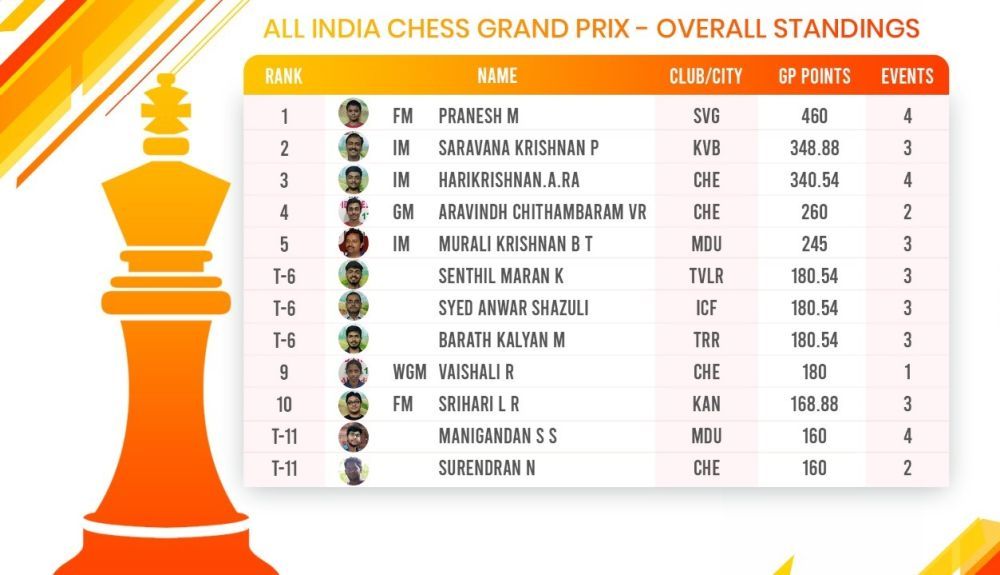 Only the Coimbatore tournament will decide the top ten finishers of the Grand Prix points to play in the finals at Sivakasi in April.