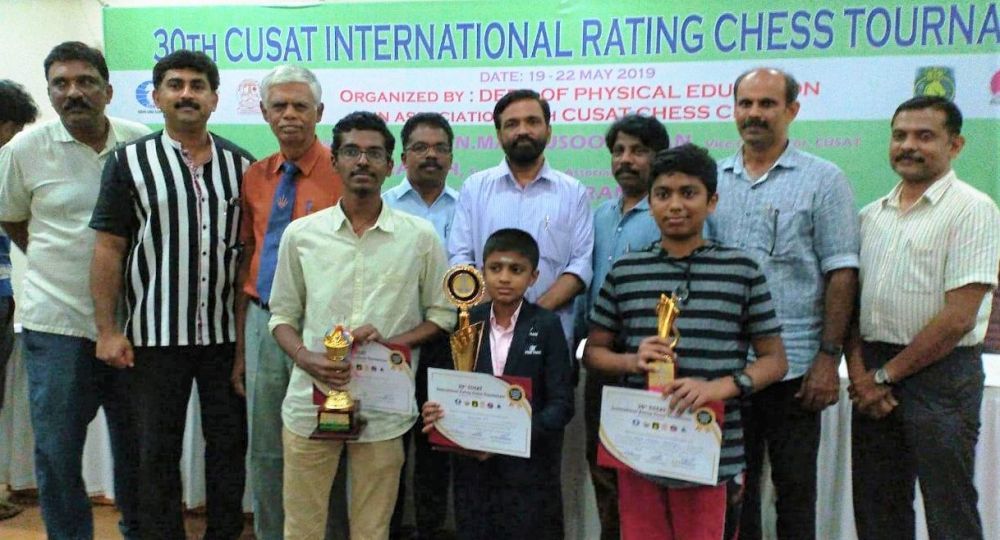 A R. Ilamparithi at the centre flanked by the runner up IM Al Muthaiah and third placed Abhinav Chakrapani | Photo: R Anantharam 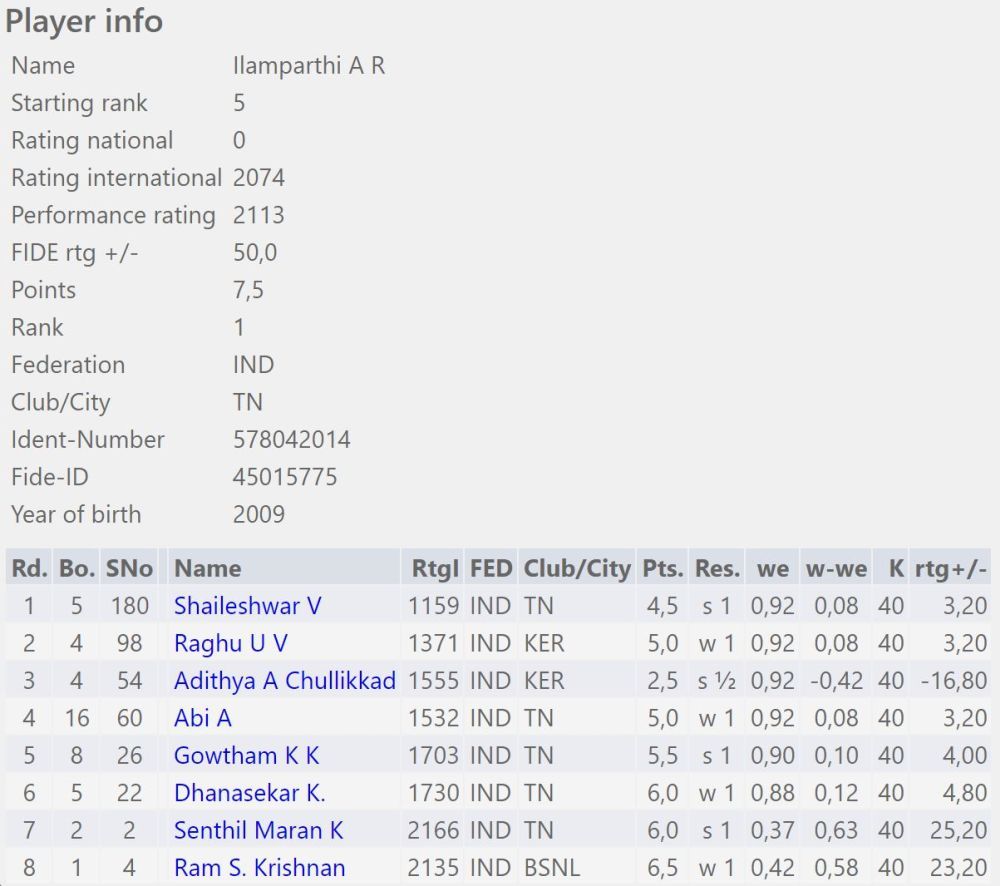 In a pulsating finish to the final round, Ilamparthi got the better of Ram in an exciting game, wherein the former recovered from tense moments to clinch his maiden Open FIDE rated tournament title with 7.5 points to his credit. He also won a cash prize of ₹25000 along with a trophy. 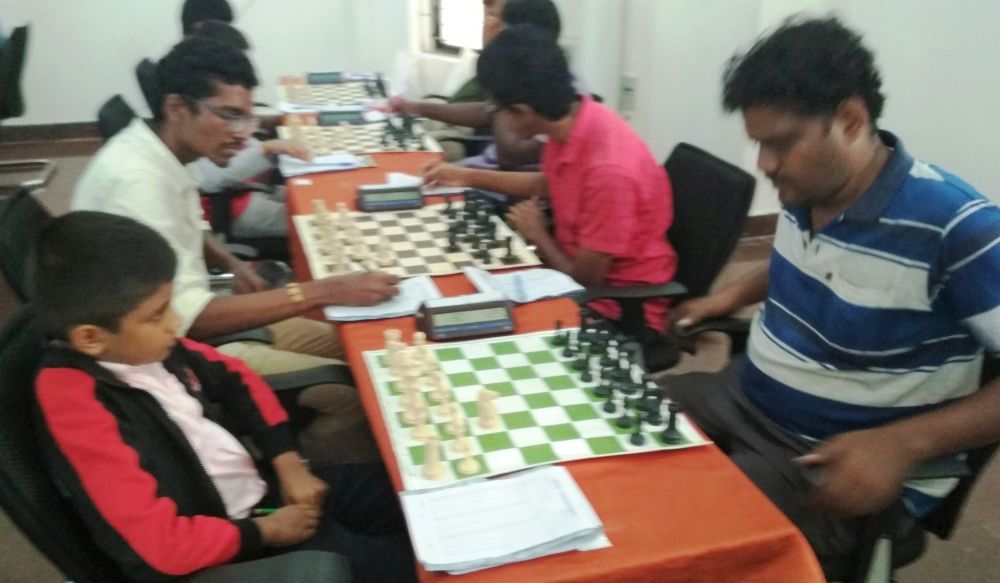 Ilamparthi defeated Ram S Krishnan in the final round to clinch the title | Photo: R Anantharam

Before we see the game of the champion, let's see if you can think like Ilamparthi: 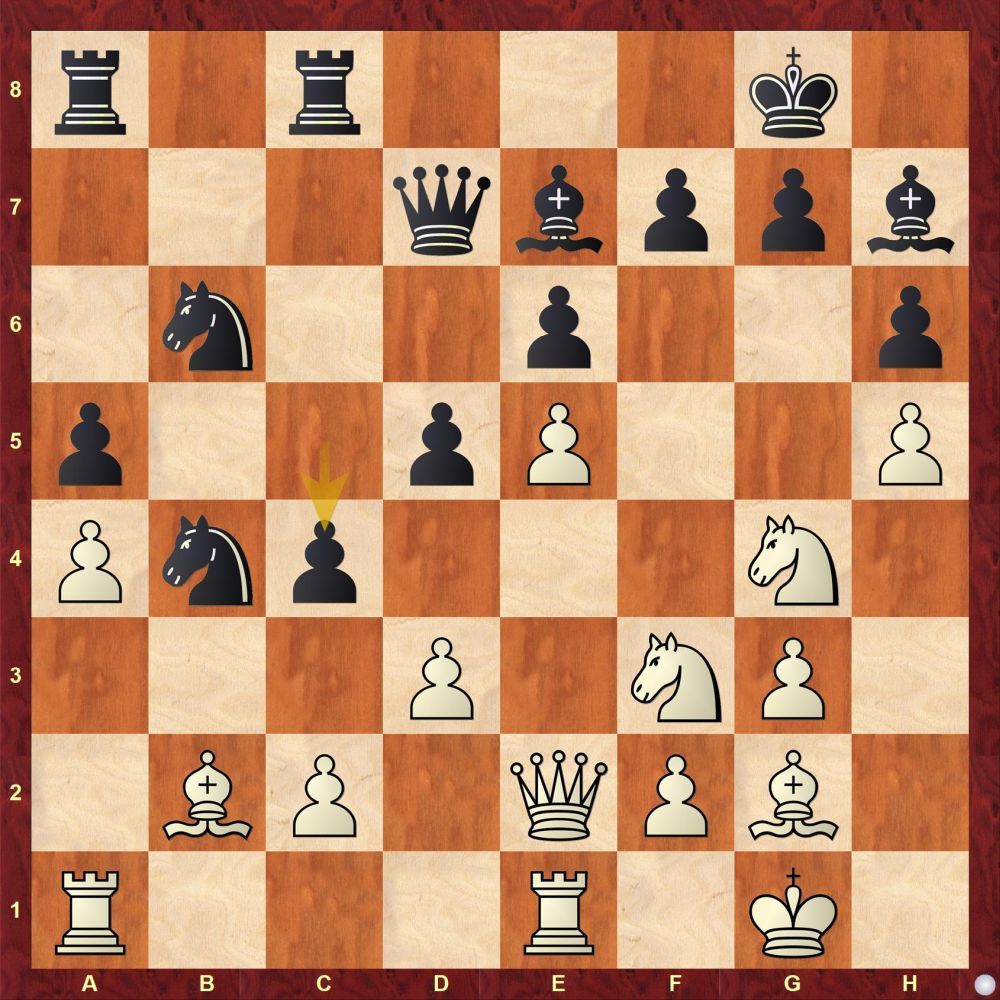 Black just played 19...c4. What is the best way for White to continue? 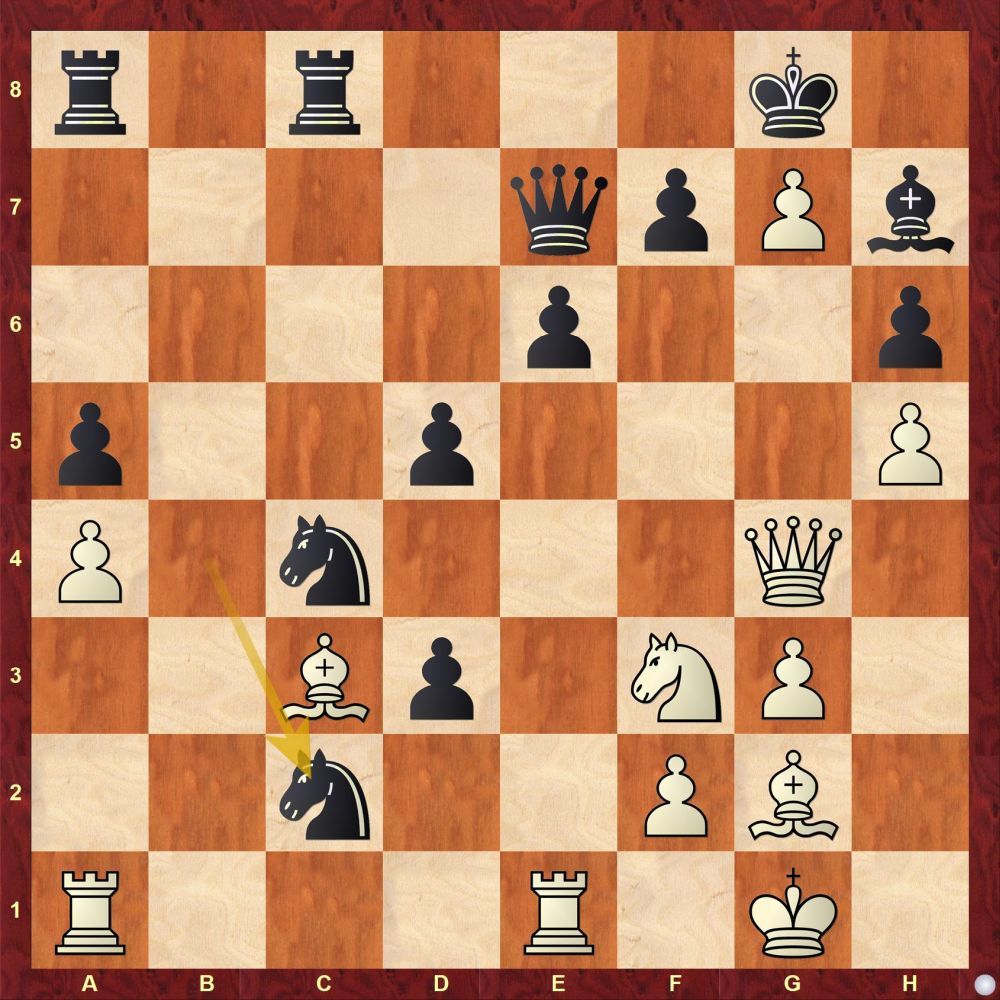 Black just made a knight fork with 26...Nxc2. How should White react? 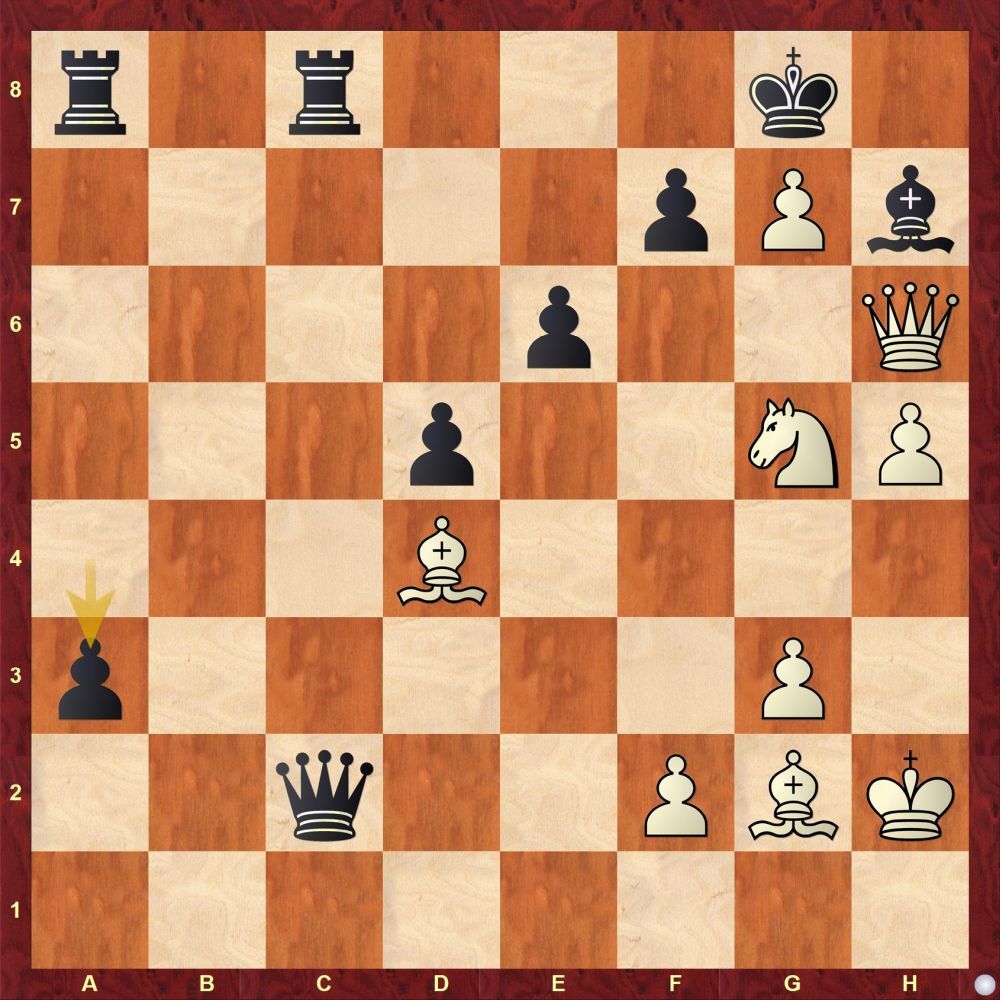 Black is threatening to promote with 37...a3. White must do something now.

Here is the game from the final round against Ram S Krishnan annotated by the champion himself:

It was Al Muthaiah leading from the beginning without a blemish up to sixth round, scoring six points. Muthaiah suffered a setback in achieving a hat trick of titles in Kerala in a span of 100 days (he had already won KCA's 18th Open rated tournament in Kottayam from 8th-12th February and Waynad Open rated tournament from 11 - 15 May), when he lost to Ram S Krishnan, a former national blitz champion with several IM norms, in the seventh round. Ram unleashed a series of sacrifices to outwit Muthaiah in just 31 moves. 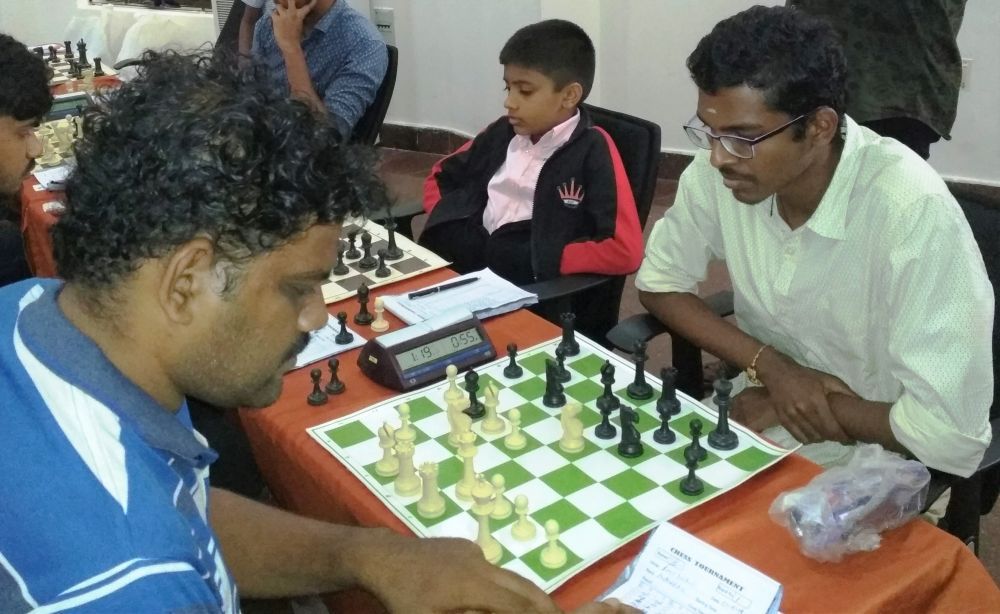 Key positions from the game between Ram and Muthaiah: 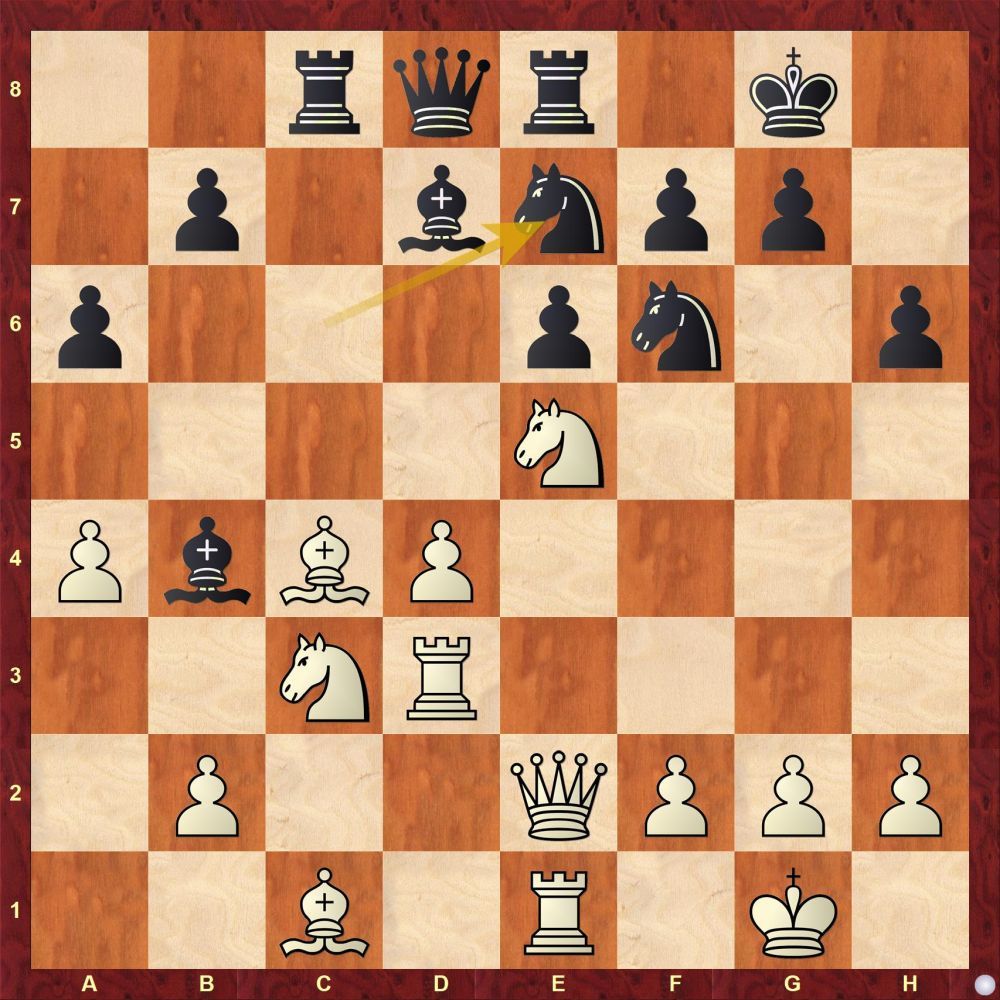 Black just played 16...Ne7. White is ready to attack, but where to strike first? 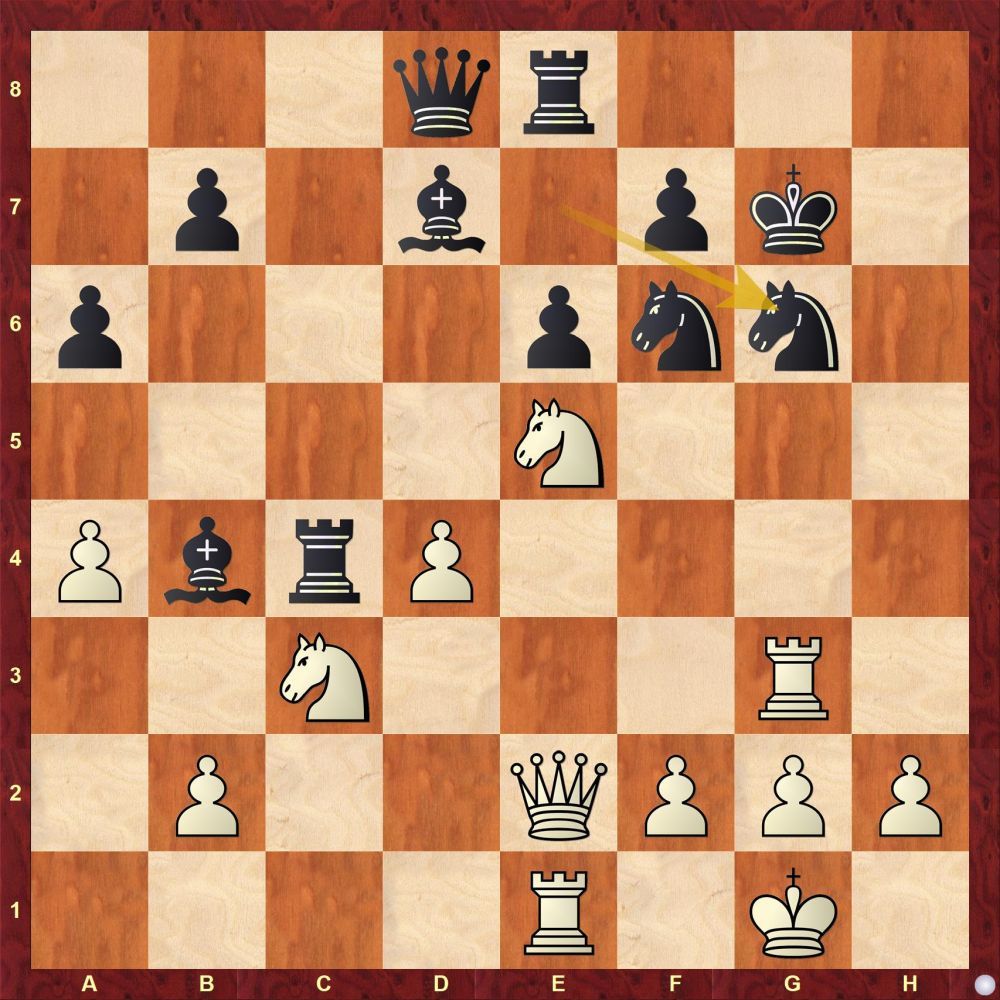 19...Ng6 seems to stop all White's attacks but only momentarily. Find out how 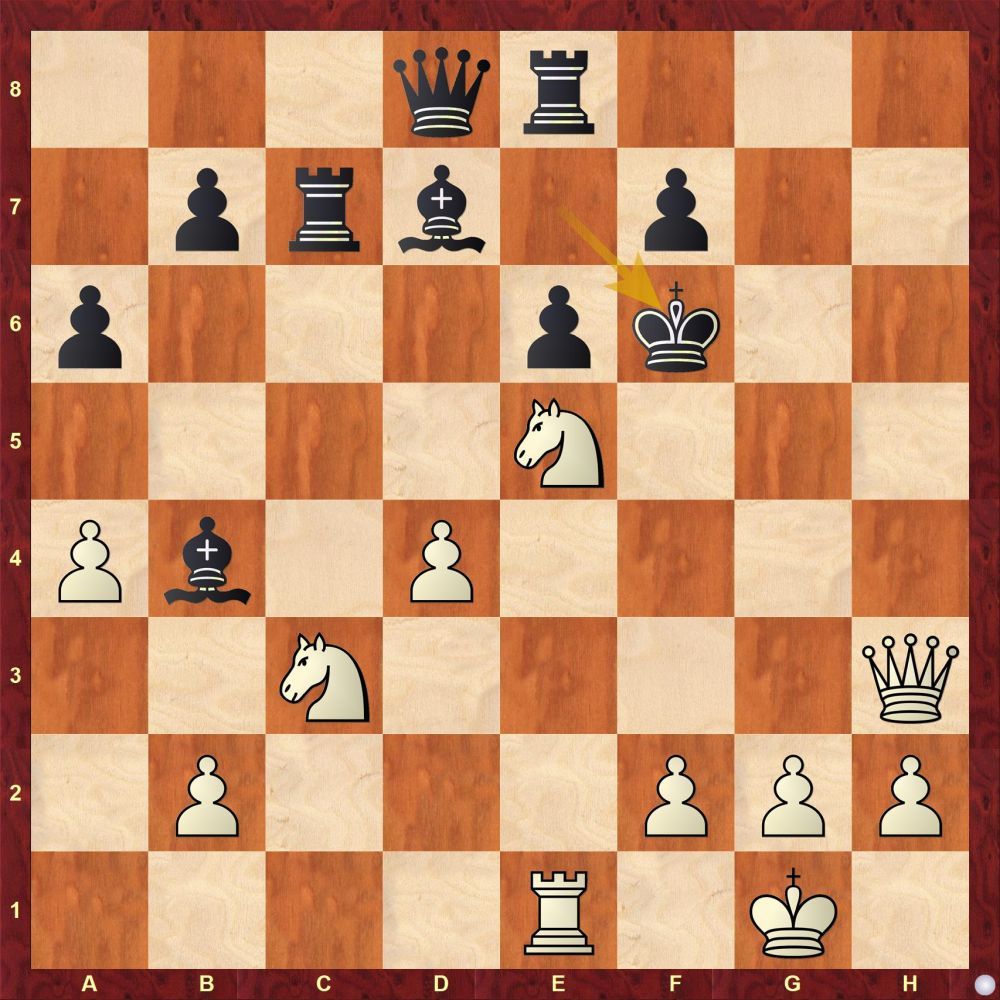 Black's King is out in the open. White has already sacrificed a rook. Find the finish for White here. 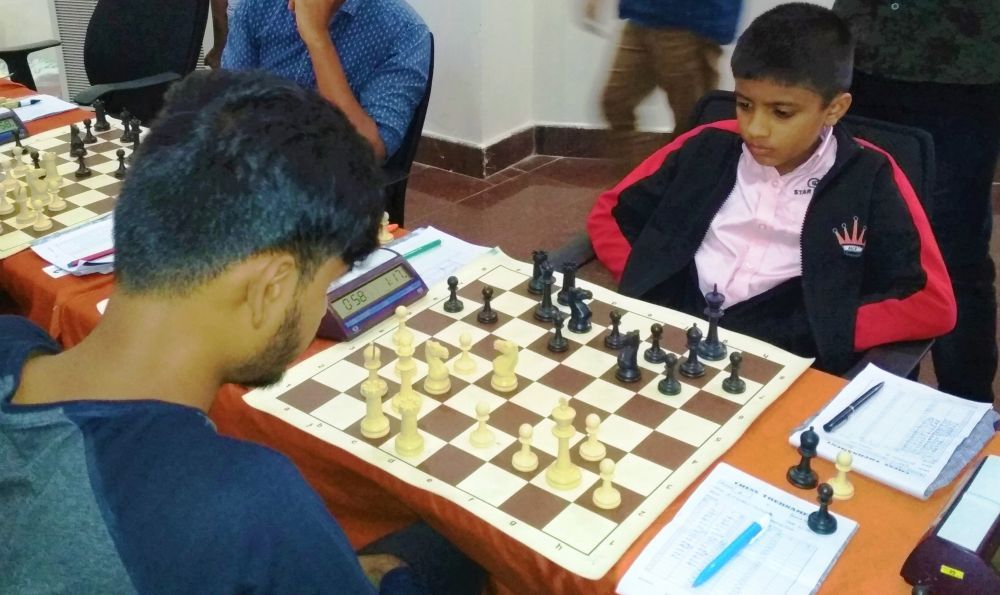 Young Ilamparithi, reigning national under-9 champion made short work of Senthil Maran with a beautiful finish and Akhilan of Kerala also defeated Manigandan to join Ram and Ilamparithi in the lead with 6.5 points each, after seven rounds. 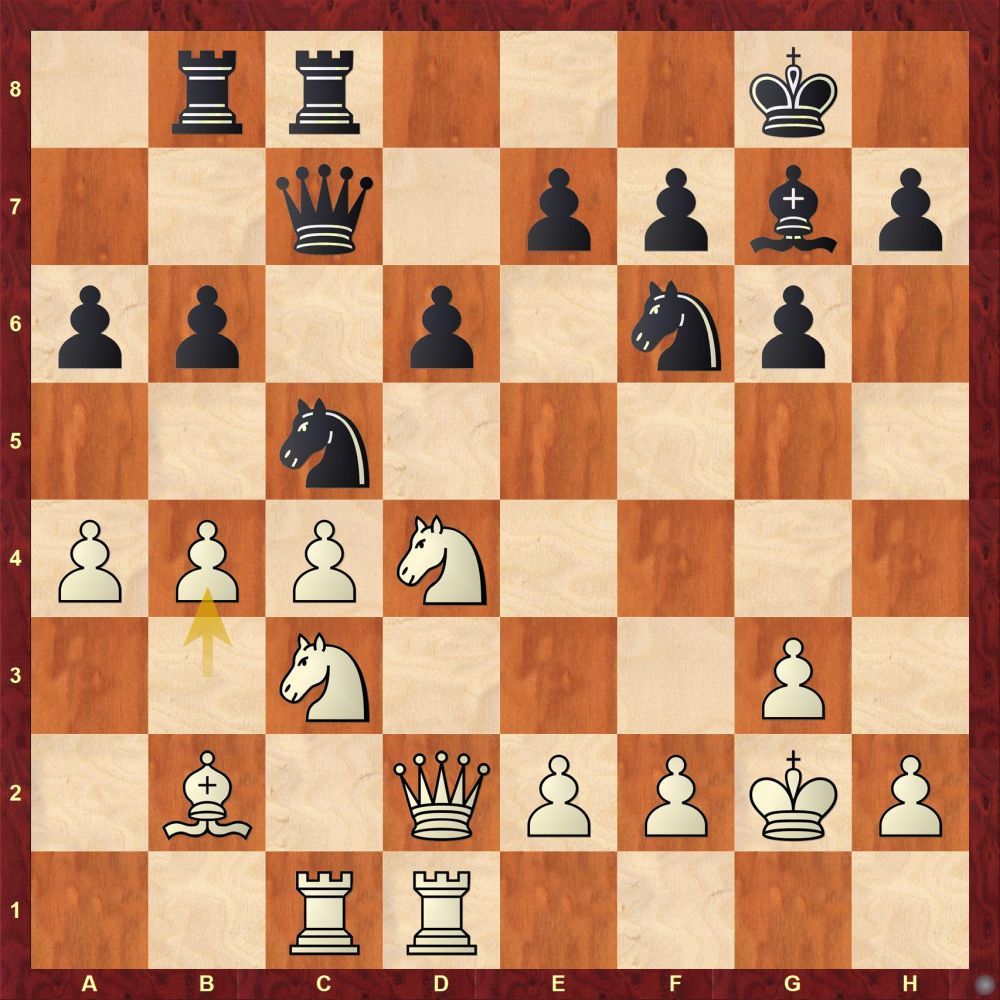 White just played 17.b4. Find out why it is a mistake

Here is the complete game annotated by the champion Ilamparthi himself:

The only draw by Ilamparthi, who makes Praggnanandhaa and Nihal Sarin look older was with Adithya A Chullikad of Kerala, who is one year senior to him and rated about 520 points less than him, in the third round.

Muthaiah did not face any problems in overcoming the resistance of Akhilan to score seven points and bag the runner up position. 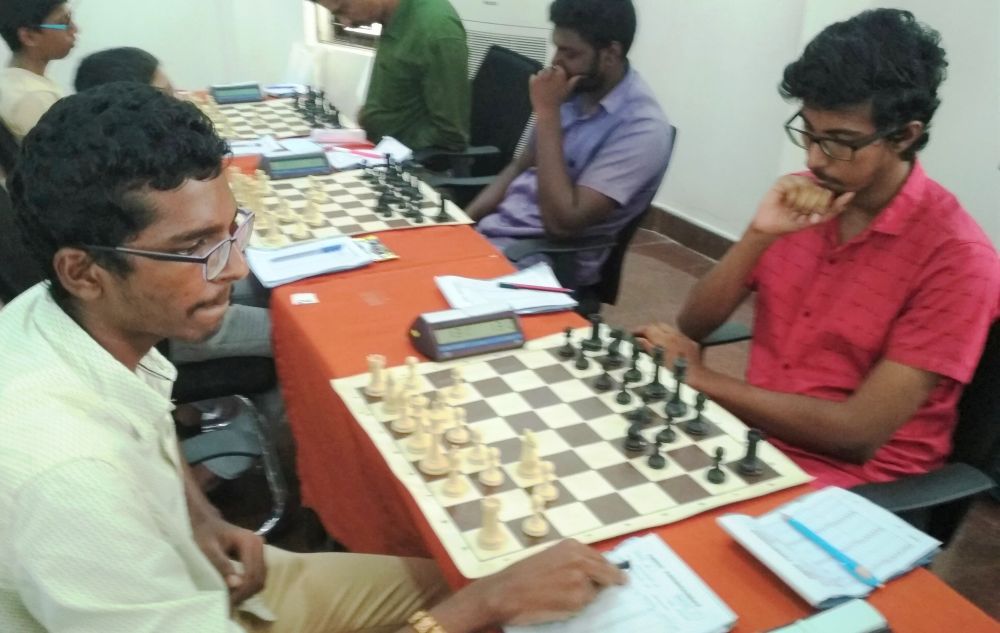 Abhinav Chakrapani Santhalayan of Kerala was the surprise winner of the third place with seven points. Nine players tied for the places from fourth to twelfth.

Abhinav Chakrapanai of Kerala was the surprise winner of the third place | Photo: R Anantharam

In the opening round, the second seed Senthil Maran was totally shocked, when his opponent Arjun PR of Kerala rated more than one thousand points below him played and rook and pawn ending correctly to a draw.

B Selvamurugan of Madurai got the fourth place pushing Ram to the fifth place | Photo: R Anantharam

The Cochin University of Science and Technology evinces keen interest in chess and organising an event for 30 years in a University is not an easy task. An additional feature and plus point is that lunch was provided to all players on all the days. KV Alfred, a former employee of SBI has played in all the 30 editions, which is a record. The club’s secretary MS Ananthakrishnan, a former staff of the University and himself a good chess player is doing a relentless service for the welfare of the tournament.

Kochi, the spice trading and tourist centre in Kerala, also known as the Queen of Arabian sea has recently become a chess hub. Besides the chess destinations like Kottayam, Thiruvanathapuram, Wayanad, Malappuram etc. in Kerala, Kochi is organising more chess tournaments. With three fide rated tournaments in April and May 2019, besides a mega National Under 17 Championship to be organised in June, Kochi has become a chess metropolis. 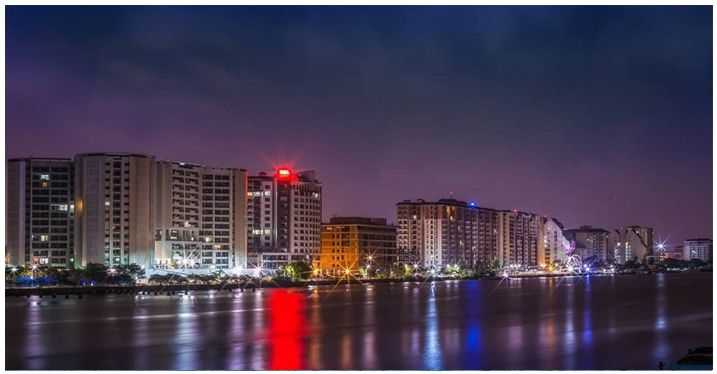 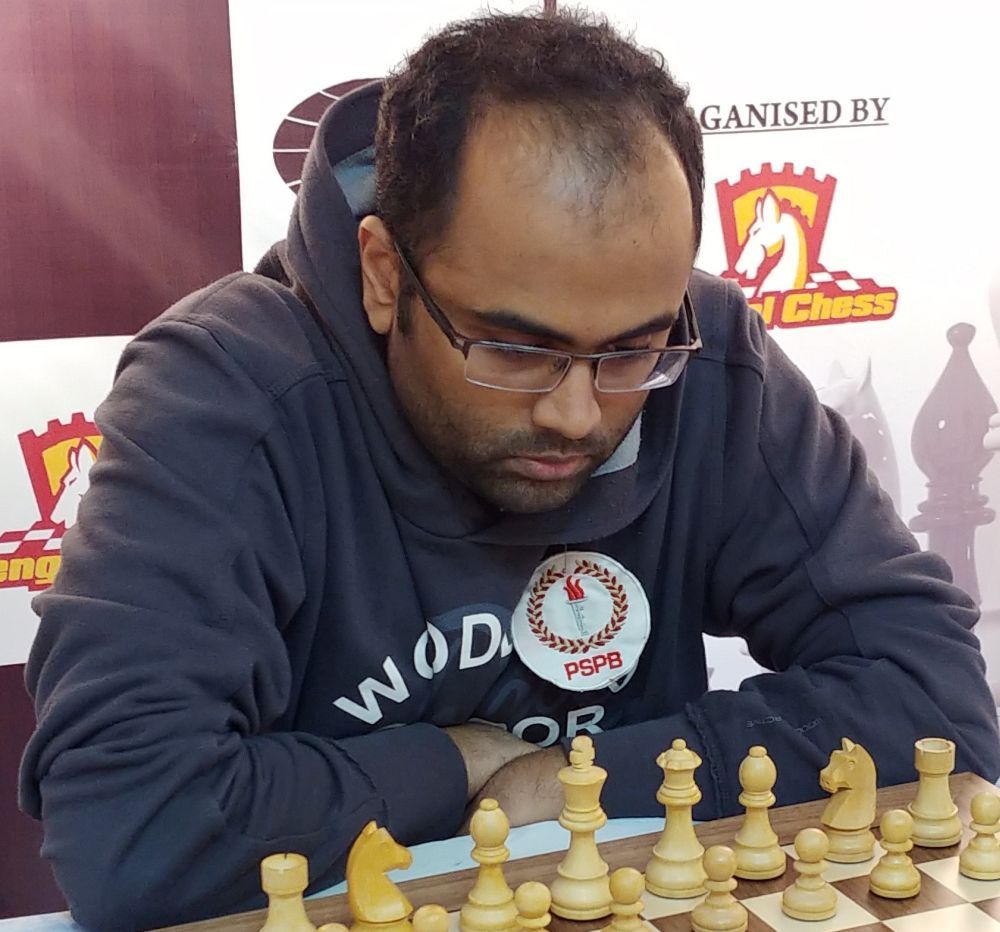