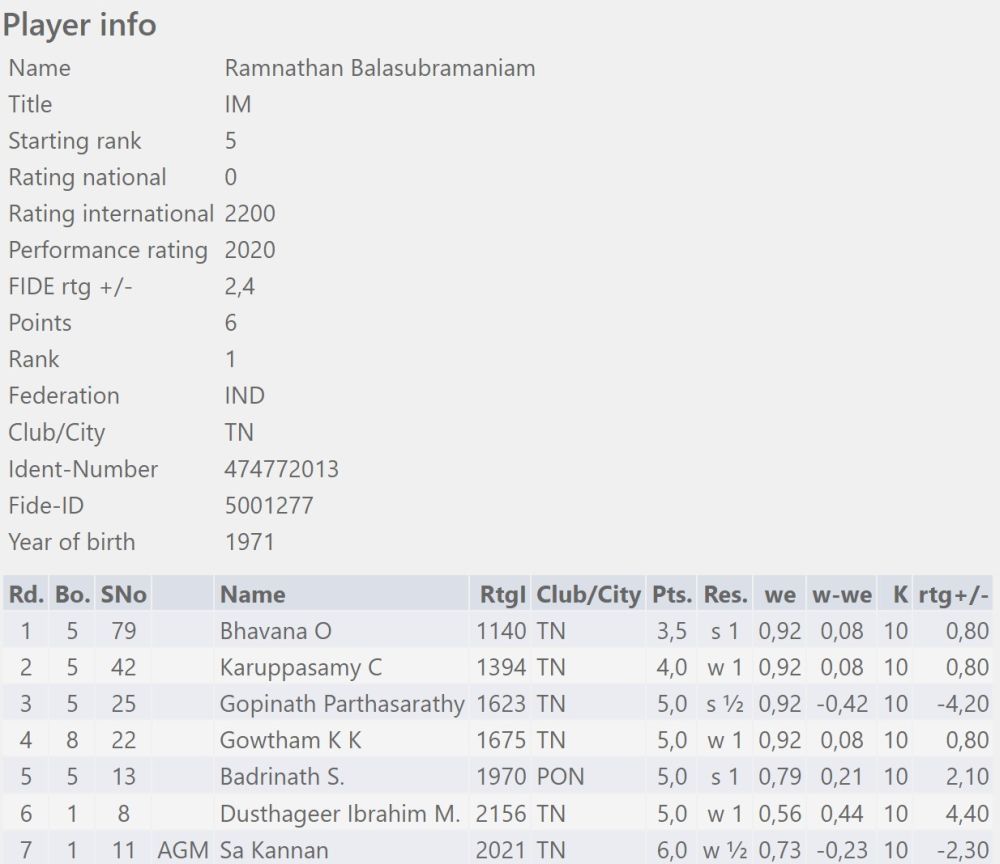 Except an early blemish in round 3, IM R Balasubramaniam had an unbeaten championship run of 6.0/7

S Prasanna, the runner up receives the prize

Things turned topsy turvy on the top four boards in the third round. While Anup Shankar, a youngster from Trichy rated 1726, shocked Chakravarthy Reddy rated 666 points more on the top board; VAV Rajesh and Prasanna were respectively held to draws by the former deaf and dumb national champion MA Alaguraja and KK Gowtham of Madurai. And on the fourth board, Dhanush Raghav defeated IM Praveen Kumar, rated 450 points above him.

Four players - former national under-10 champion Syed Anwar Shazuli of ICF, Dusthageer Ibrahim of Madurai, Sa Kannan, and Anup Shankar - had perfect scores of 4.0/4 points after four rounds. Dusthageer emerged as the sole leader with five points by beating Anup in the fifth round as the other top board games were drawn.

Balasubramanian got the better of Dusthageer in the sixth and penultimate round of the event to raise his tally to 5.5 points. 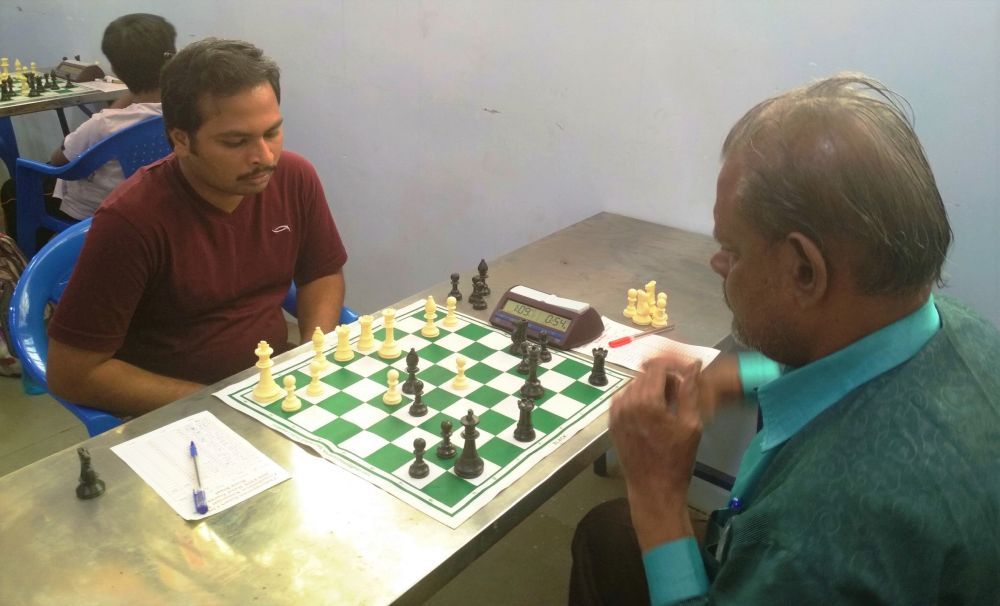 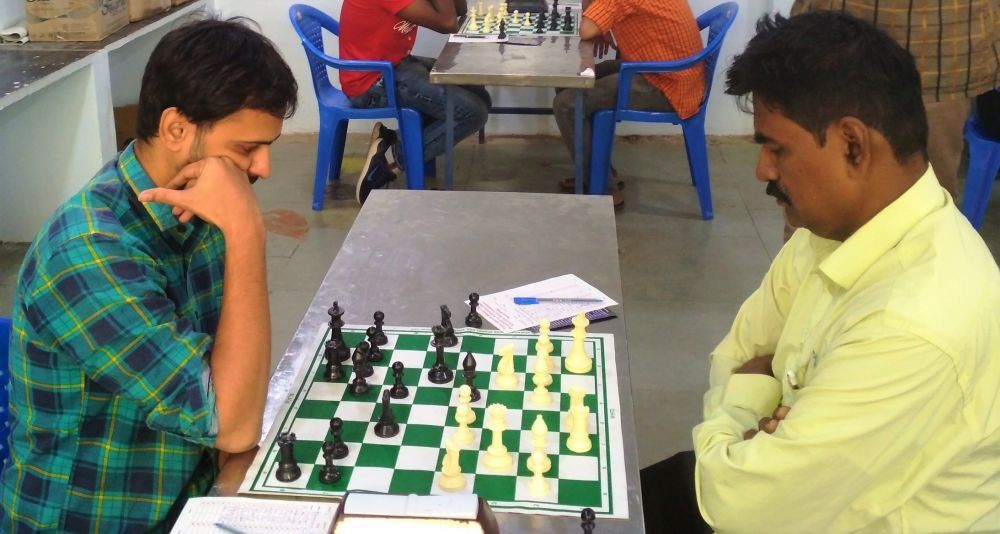 IM Balasubramanian wrested the lead from Dusthageer in the sixth round

Sa Kannan overcame the resistance from Balkishan of Karnataka to join Balasubramaniam. 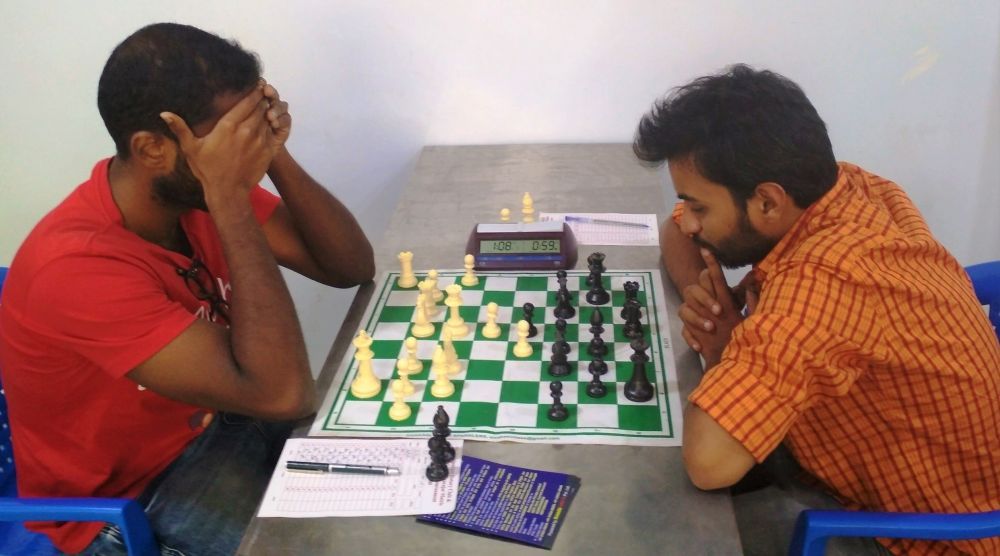 Sa Kannan beat Balkishan of Karnataka to join the lead 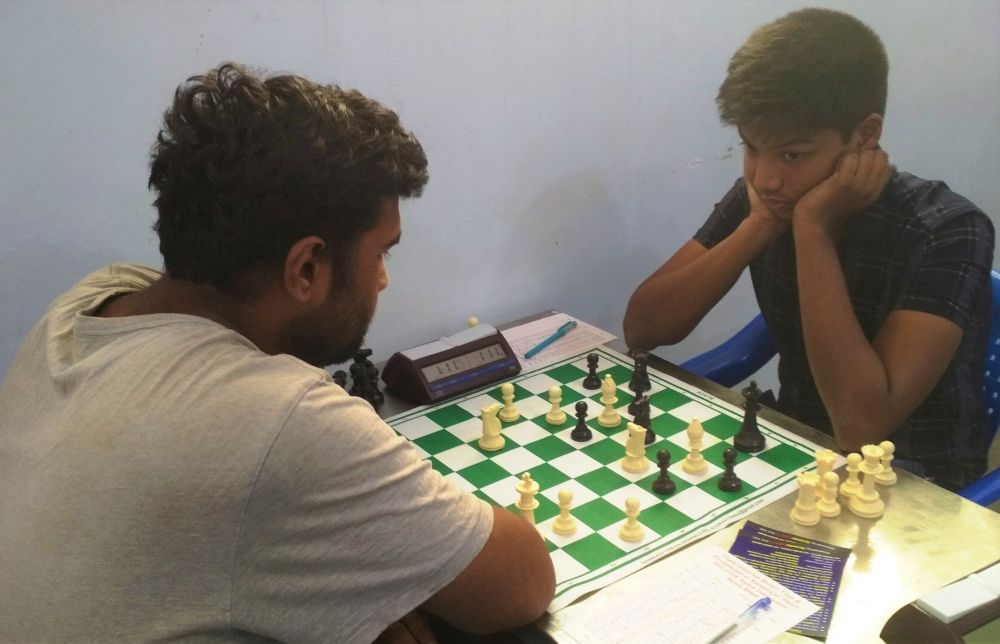 Though eight players were half a point behind Bala and Kannan, both played safe quick draws in 20 moves in the final round while Prasanna subdued Dusthageer to claim the second place. 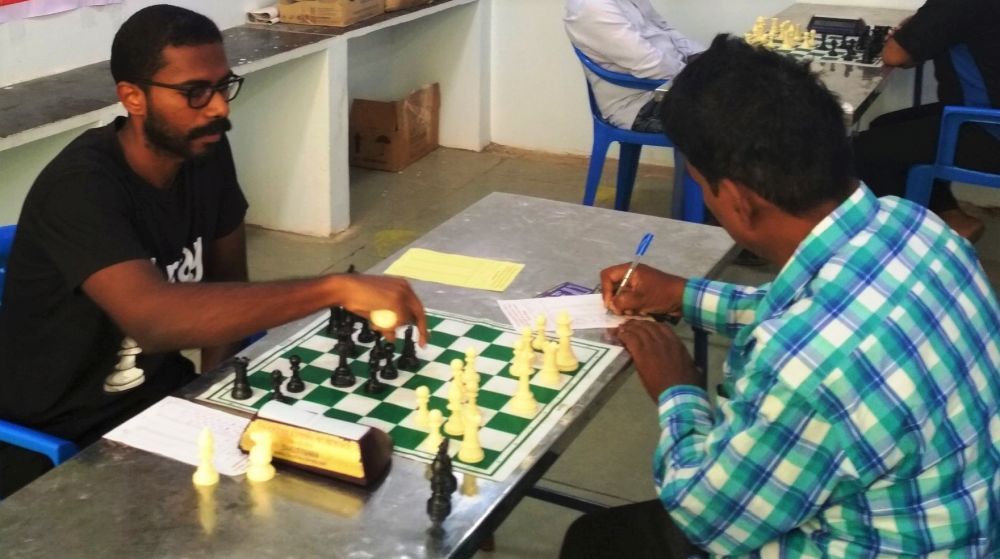 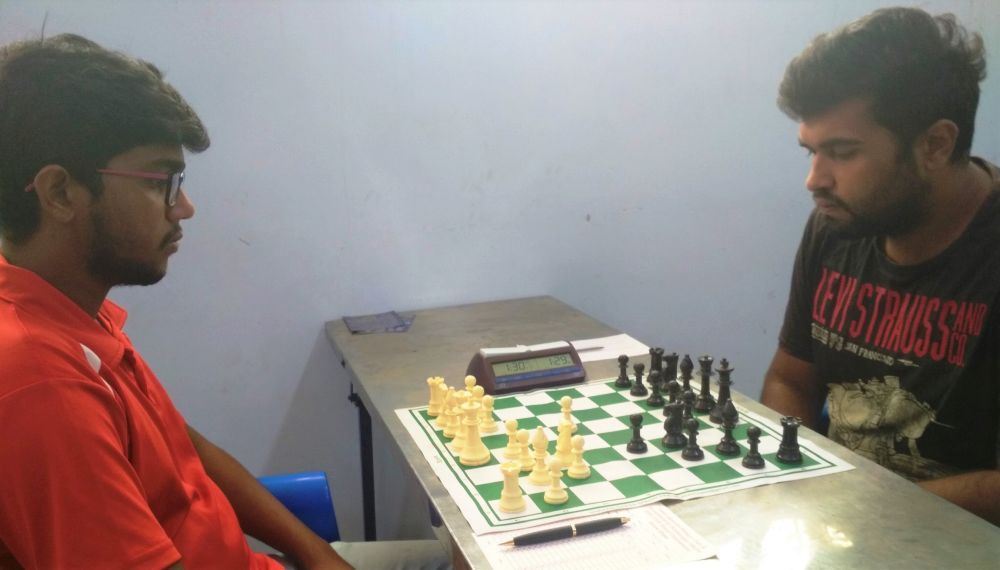 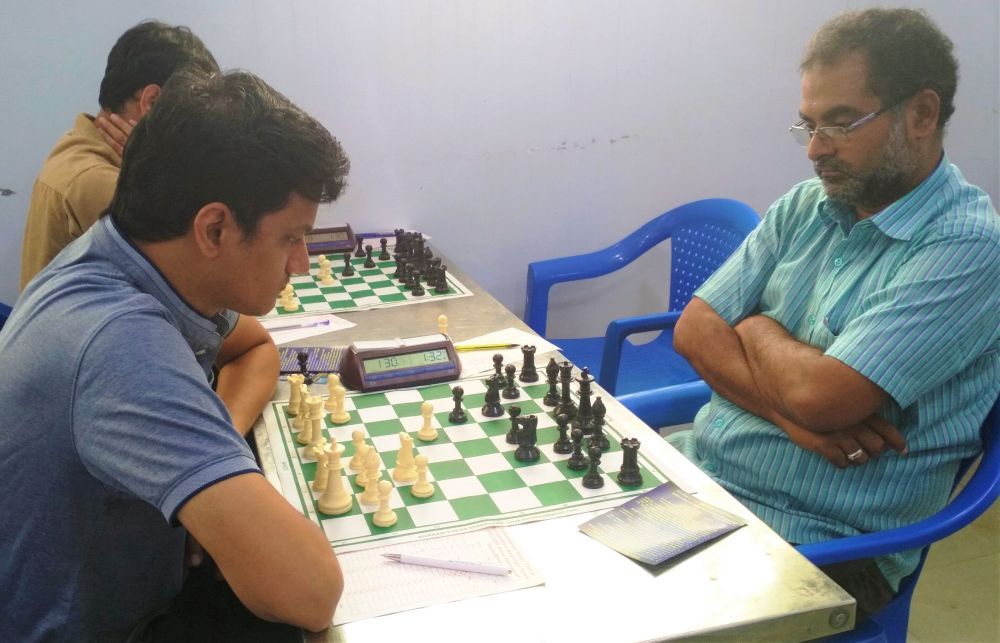 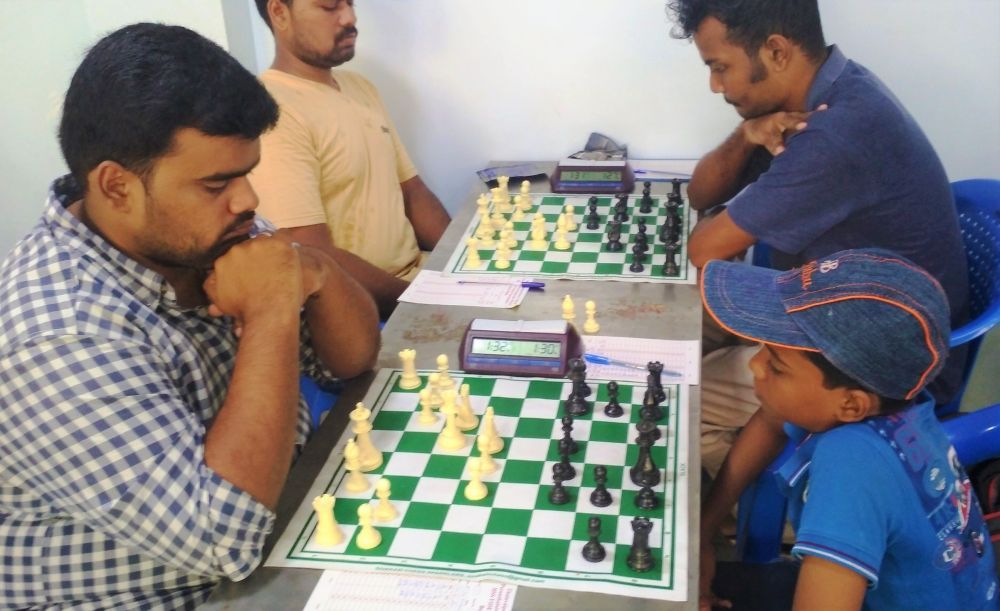 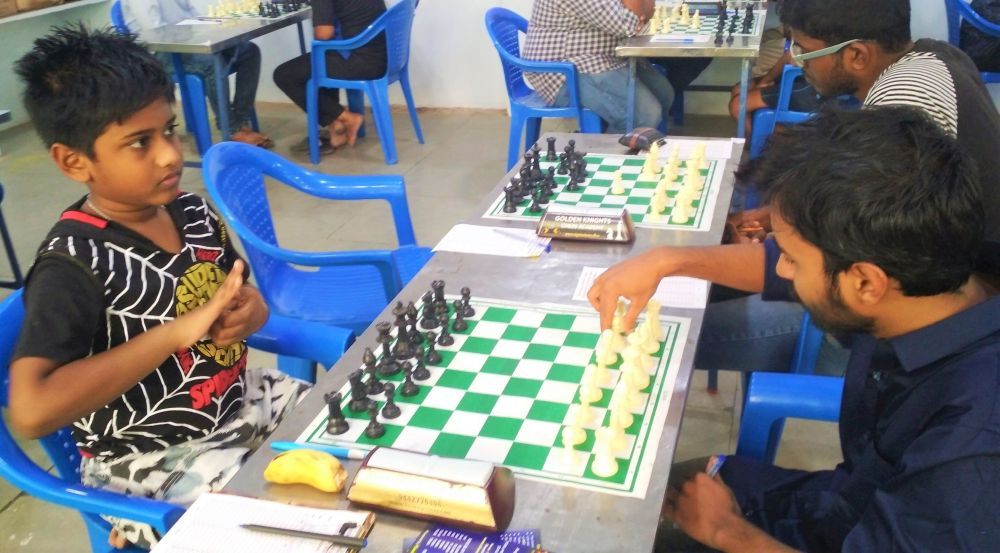 Thalavaipuram tournament reveals why Tamil Nadu is numero uno in chess. With a population of just around six thousand, the garment town manufacturing cotton sarees, nighties, inskirts, lungies etc, has hosted a rating tournament with a prize fund of four lakh rupees. The credit goes to the local chapter of the Rotary Club and the secretary of the Perunthalaivar Kamarajar Matric HSS SR Ravichandran, who is also a member of the club. Even such a small town had an air conditioned playing hall.

The former chief minister and a dedicated freedom fighter Kamarajar hailed from this district. He was nicknamed as “king maker of India”, as he was responsible for the appointment of two prime ministers of India namely, Mr. Lal Bahadur Shastri and Ms. Indira Gandhi.

Kumaraswami Kamaraj, was a leader of the Indian National Congress. Above (left) is a picture of him with Mahatma Gandhi