In the first round Nihal Sarin played the opening like a book, middlegame like a magician, but couldn't play the endgame like a machine. The result was a draw in a completely winning position against GM Ivan Saric. In round two he was up against Liviu Dieter Nisipeanu. The 14-year-old was under some pressure, but he managed to wriggle out of the mess. Two draws in the first two rounds has helped Nihal to take his live rating past the 2600 mark, making him the youngest 2600 GM in the world at present. Harikrishna, the top seed, missed a winning position against Tiger Hillarp Persson in round one and drew his round two game against Parham Maghsoodloo. Round 1 and 2 report from Sweden.

Nihal started the first round of the Tepe Sigeman & Co. with a rating of 2598. He drew his first round against GM Ivan Saric which gave him 1 Elo point. Next game he drew against Liviu Dieter Nisipeanu, which again helped him earn 1 rating point. Adding these 2 Elo points to his existing rating of 2598, gives you 2600! Although Nihal has just reached 2600 on the live rating list, and may or may not be above 2600 when the next rating list would be published on 1st June 2019, this might be a good time to take stock of what Nihal has achieved. 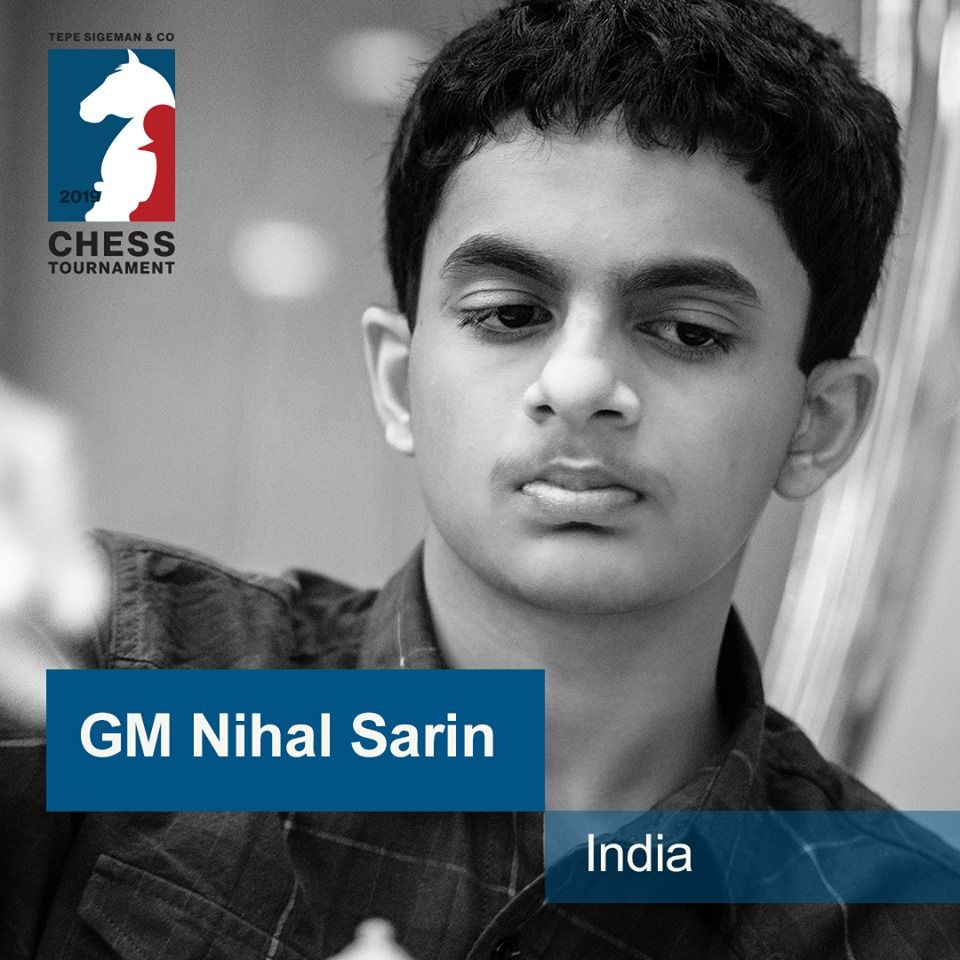 The youngest 2600 chess player on the planet at this point of time | Photo: Facebook page of Sigeman & Co. tournament

The youngest chess player to have crossed 2600 is John Burke from USA. But somehow his achievement cannot really be taken seriously as he jumped from 2258 in July 2015 to 2603 in August 2015 with a k-factor of 40. The actual youngest player in the history of the game to have crossed 2600 is Wei Yi who did it at the age of 14 years, 4 months and 30 days. Nihal Sarin is the second youngest player to have crossed 2600 at the age of 14 years and 10 months. The youngest Indian player previously had been Parimarjan Negi, who had achieved 2600 Elo at the age of 15 years and 11 months. Nihal has bettered this by nearly a year! To put things into perspective - Magnus Carlsen achieved 2600 in January 2006 when he was 15 years and 2 months old, Caruana did it in April 2008, when he was 15 years and 8 months old, Anish Giri crossed 2600 in March 2010 when he was 15 years and 9 months old. Nihal has beaten all of these world class players when it comes to reaching 2600. Of course, the real test lies in the fact whether Nihal can keep progressing at this speed in future as well, but these statistics definitely give you an idea of what lies in the future!

The organizers of Tepe Sigeman & Co. conducted a 10-question interview with Nihal which was published on their Facebook page. We repoduce it here:

1) How many years have you played chess professionally?

2) At what age did you learn how to play chess?

N: Around the time I was 7 years old.

3) Who taught you how to play chess?

N: My grandfather taught me the rules.

4) What was your first big tournament success (tournament win or similar)?

5) Do you sometimes also participate in other sports/games? If so, which and at what level?

N: I love playing badminton. I have managed to play in the district level tournaments of badminton, but without much success. But I do enjoy playing it.

6) Do you have any family members or relatives that also play chess? If so, who and at what level?

N: My grandfather, father, and sister know the rules of chess but nothing beyond that.

7) What would you be doing today, if you did not play chess professionally?

8) What is your main strength as a chess player?

N: I don’t know yet. I just love playing. Too early to think about these things for me I suppose.

9) Do you have any superstitions when you sit down at the chess board before a tournament game?

N: No. Almost impossible to think of such things. I find habits that are not based on scientific proof very questionable and difficult to believe.

N: I would like to play my games as strongly as possible. Right now, my expectations are not based on my results. I just want to play as well as I can and try and win as many games as I can. 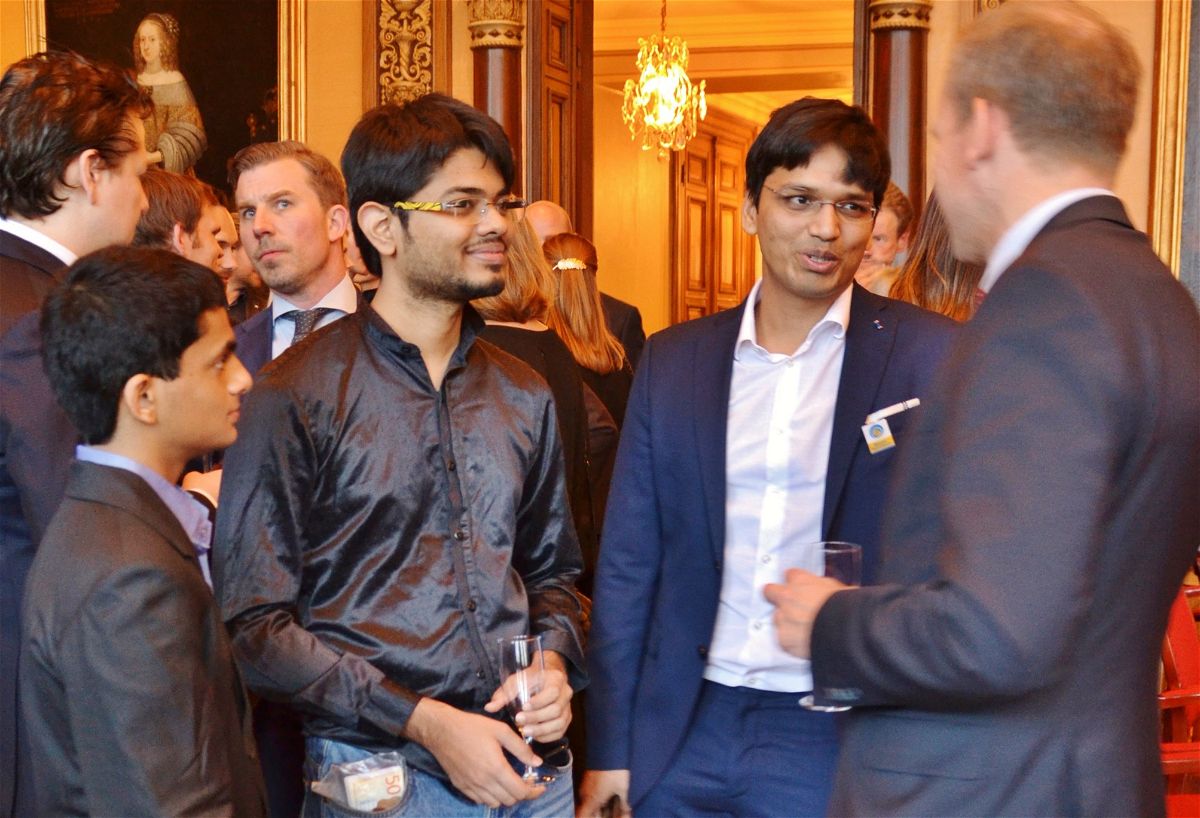 Nihal is present at the tournament with his trainer Srinath Naryanan (centre). Harikrishna on the right is the top seed of the event. 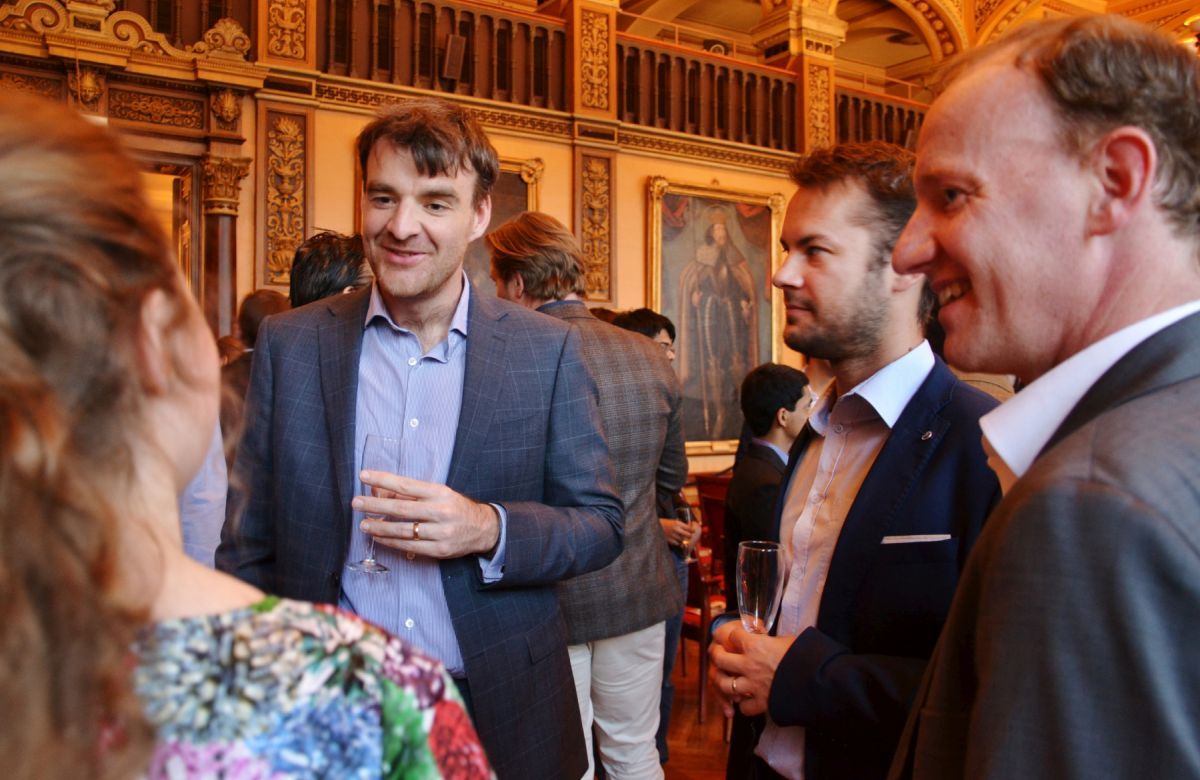 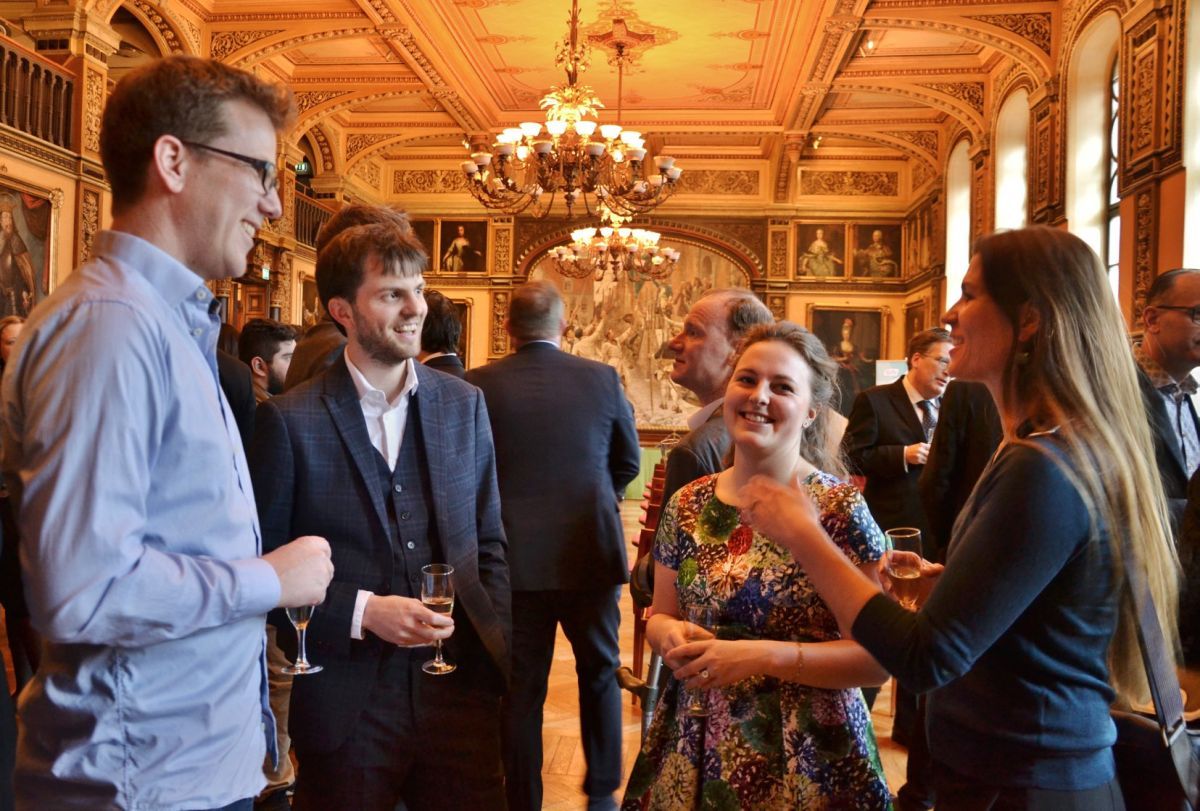 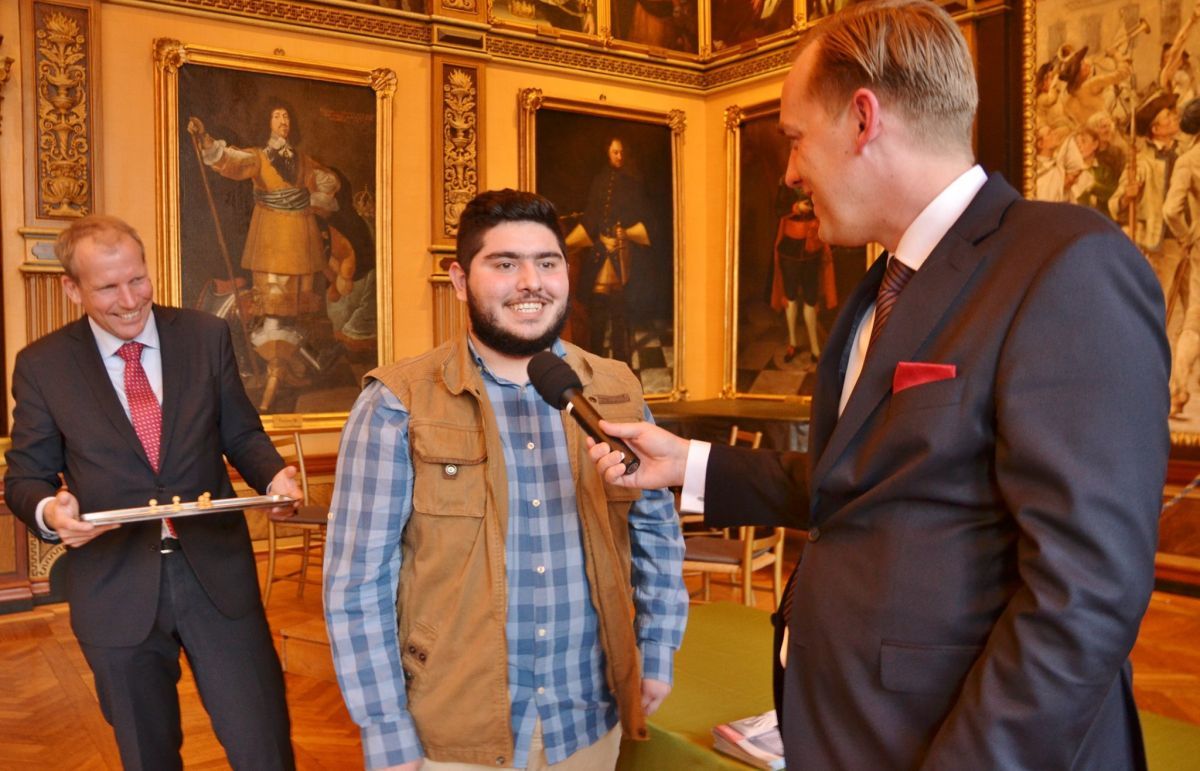 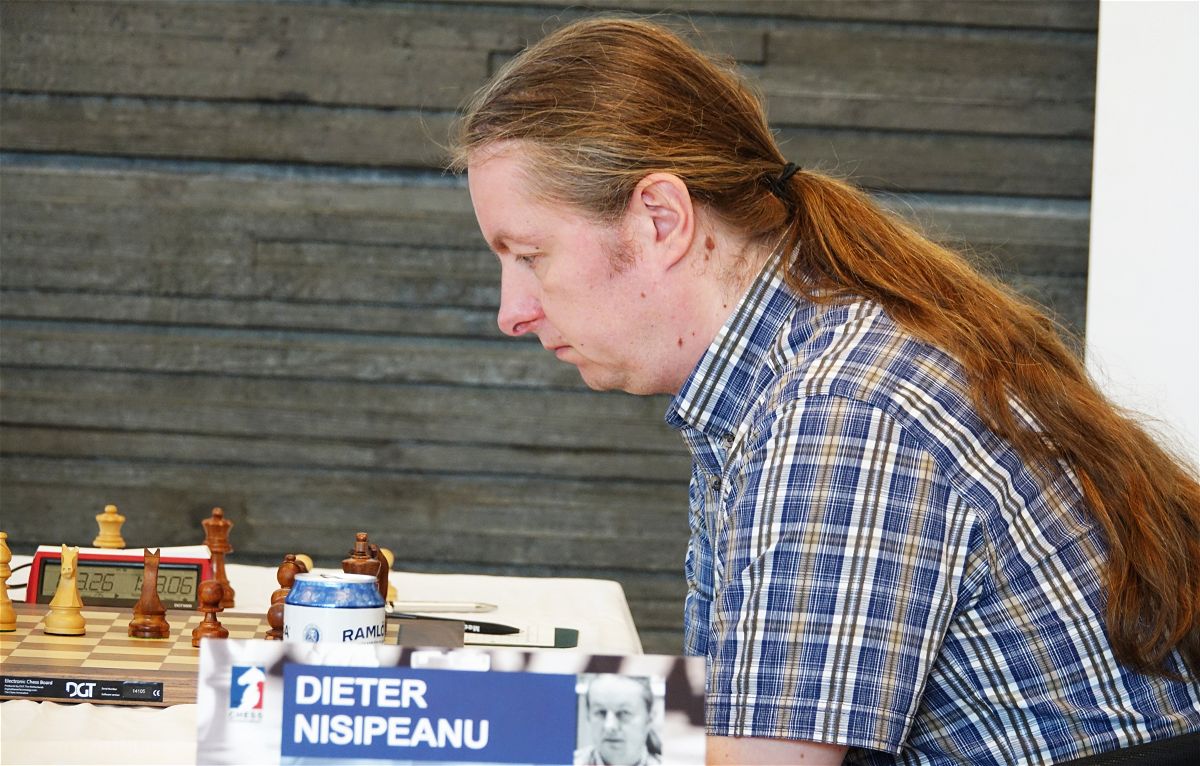 Liviu Dieter Nisipeanu has played in many super tournaments in the past. He would be looking to make the best use of this opportunity. 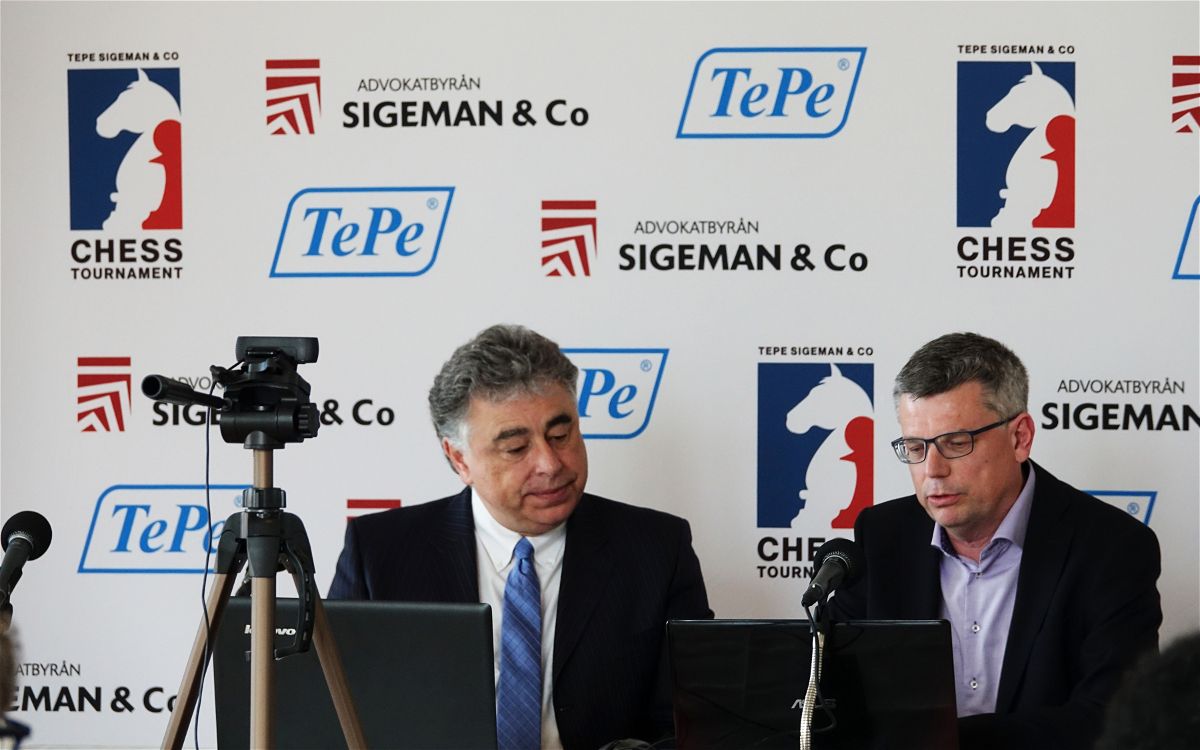 In the first round Nihal played the opening and the middlegame really well against Saric, but in the endgame, just when we thought he would get the full point, Nihal faltered, Saric managed to save the half point.

Harikrishna's game against Tiger Hillarp Persson was quite topsy turvy. At some point he had a winning position, but he missed it.

Nihal was up against Nisipeanu. He played the opening quite poorly and very soon the Indian GM was on the backfoot. But Nihal kept his cool and liquidated into a pawn draw rook endgame. This was also quite tricky, but Nihal held his nerve and managed to draw the game. An excellent result for the youngster. Also this game helped him to cross 2600 on the live rating list.

Harikrishna played his second white game of the tournament. Although it seemed he had a small edge out of the opening, he couldn't convert the position into a full point.