Nihal reveals one of his favorite books

Yesterday reigning Asian Continental Blitz Champion, 14-year-old GM Nihal Sarin made a post on his facebook page mentioning about one of his favorite books - Quick Chess Knockouts by Julian Hodgson. We all wonder what did the champions study in their formative years, what made them achieve greatness by becoming so strong. Nihal shares a small spec of it in his latest facebook post. Photo: Nihal Sarin's facebook page.

Here is the game between Nihal and Javokhir Sindarov of Uzbekistan from round 8 of World Youth 2014 (under-14 open) in Durban, South Africa.

Now you must be wondering where is the idea in the book which Nihal learnt from the book, here you go: 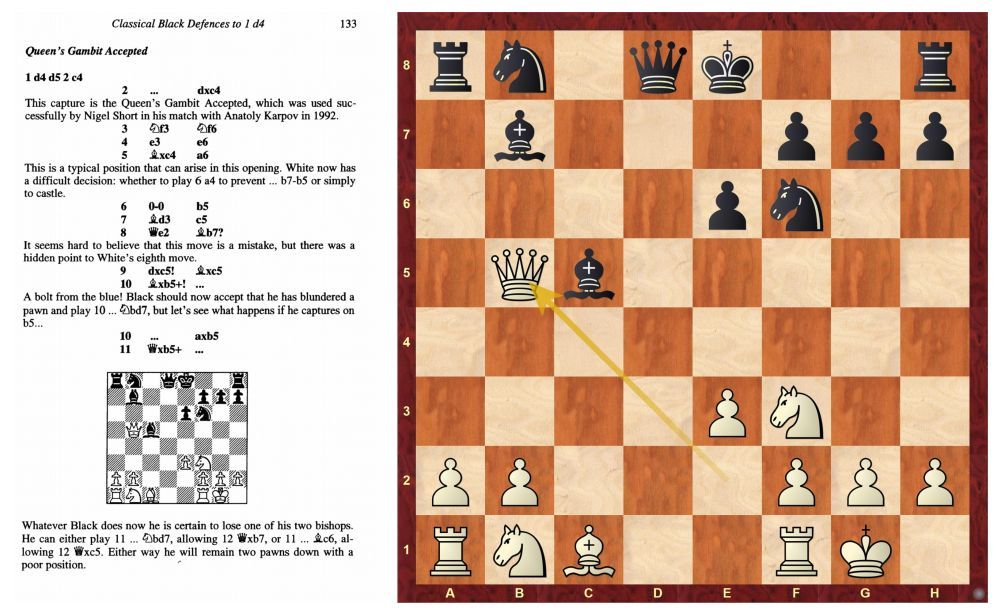 On the left, page 133 of Quick Chess Knockouts talks about a capture in QGA, on the right, exactly same position occurred in the game between Nihal and Sindarov in Wch under-10 in 2014

Do you have any similar incident happening in your game where exactly what you studied in the book or prepared, appeared in a tournament game?

Our very active follower on twitter, Tom Hamilton tweeted this

Here is the game he shared with us: