Due to Covid-19 pandemic all over-the-board tournaments have either been cancelled or postponed. However Chess is such a sport that can still be played online without huge modifications, in fact slim to none would be the right thing to say. Thanks to various online platforms, players from all over the world can play against their favorites at the champion's convenience. You just have to pick your poison, know who is going to play when and where, if you show enough grit, who knows you might get to play against your favorites from the comfort of your home. On May 27th, Nihal Sarin sent a challenge to the World no.1 during his banter blitz session and guess what? Nihal beat Carlsen for the very first time in an online blitz match. Photo: Amruta Mokal

Nihal Sarin has played against the reigning Magnus Carlsen numerous but on 27th May in a banter blitz match, the reigning Asian Continental Blitz Champion defeated the reigning World no.1 and Triple Crown World Champion MagzyBogues (Carlsen's one of the online alias) for the very first time in a Blitz match. According to Nihal's very good friend and training partner GM Srinath Narayanan, they have played less than five blitz games although they have played over 200 bullet games where Carlsen has a huge plus score. 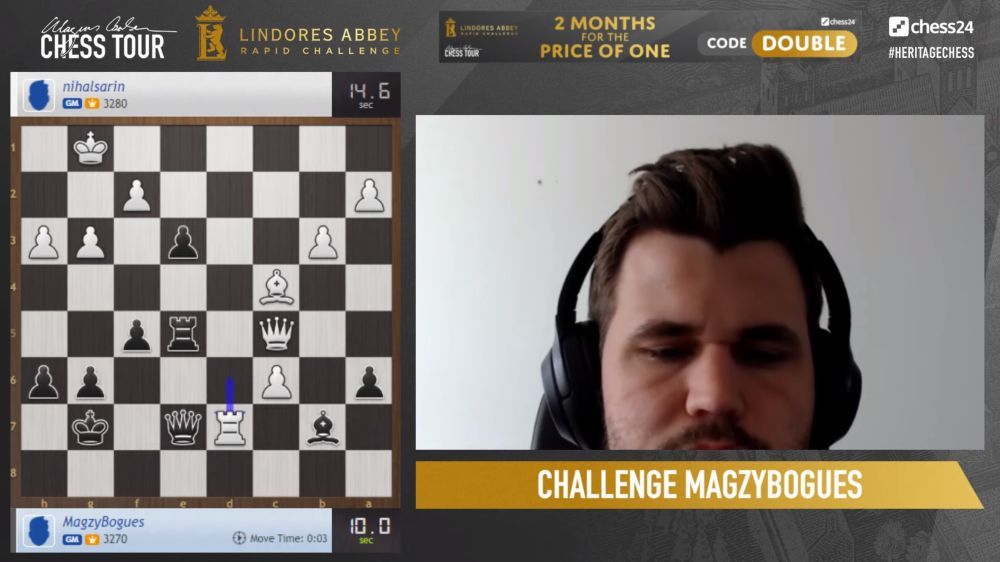 The World Champion referred the reigning Asian Continental Blitz champion Nihal Sarin as "One of the young guns, one of the better blitz players around" at the beginning of the game. They started playing a blitz game of 3 minutes each without any increment. This entire friendly blitz match was played before Carlsen played his Quarter Final matches against Wesley So in Lindores Abbey Rapid Challenge. 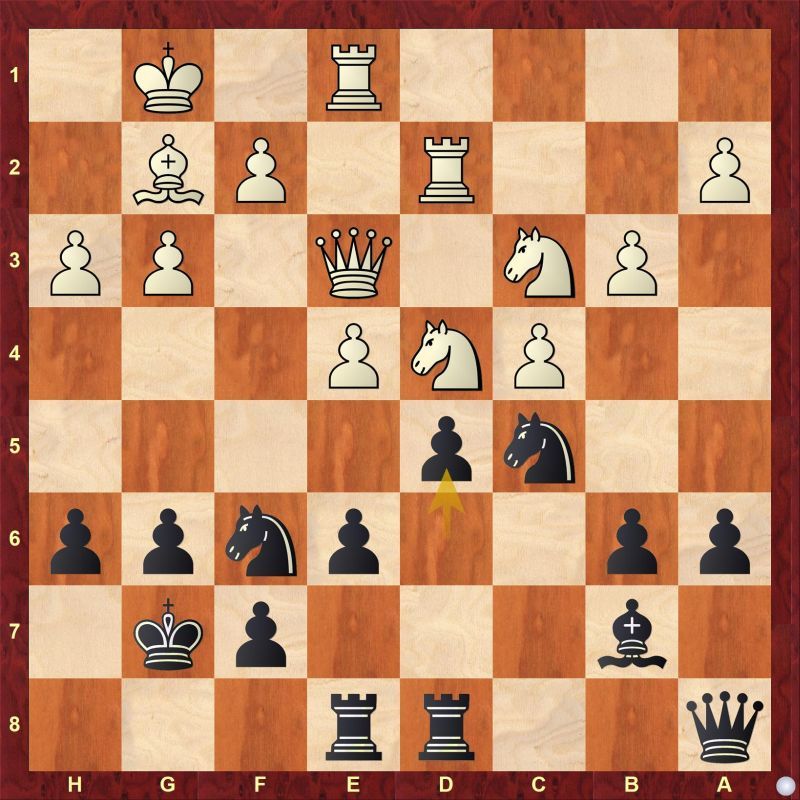 One of the key position of the game was after 22...d5 when Carlsen tried to, "break in the center, try and make something happen". Things slowly went downhill for Carlsen since then. 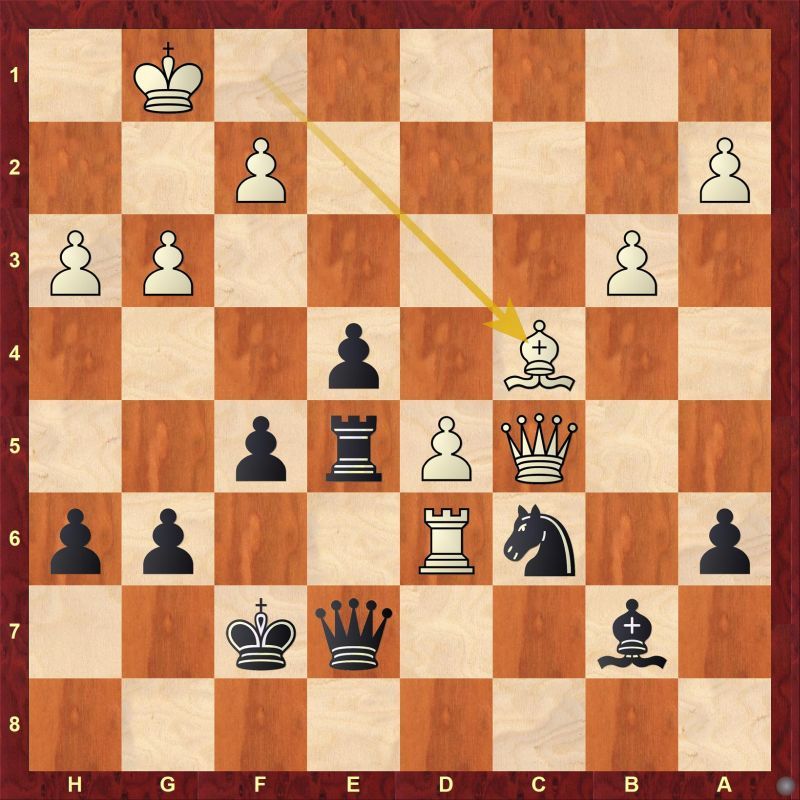 Carlsen blundered with 36...e3 and resigned in the next two moves. Can you find out what was the better continuation instead? Playing a blitz match while talking is not an easy task especially against someone like Nihal as Carlsen was already tired playing ten consecutive banter blitz games and before he started the game, the Norwegian World Champion said, "I am going to give myself a challenge that is probably way too much for me."

Nihal's training partner GM Srinath Narayanan tweeted this on his first win in the blitz format against the reigning Triple Crown World Champion.