Nihal Sarin made an unbeaten start at 35th Cannes Chess Festival 2022. After starting the tournament with a win, he drew the next two games. It was a theoretical draw in the second round against FM Joseph Girel. FM Phileas Mathieu thwarted all attemps by Nihal for a breakthrough in the third round. The 17-year-old managed to get back to his winning ways in round 4 as he scored a very nice victory with a brilliant display of attack against WIM Andreaa Navrotescu. He will face IM Harutyun Barseghyan (FRA) in round 5 which starts at 1:30 p.m. IST today. Photo: Amruta Mokal

Nihal Sarin scored a fine victory in the fourth round. 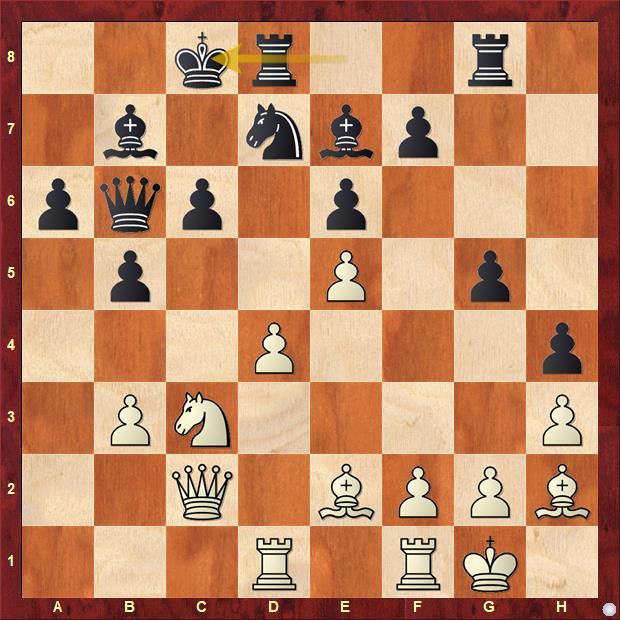 Nihal found a brilliant breakthrough 20.d5. It completely disintegrated Black's position. Calculate all the variations to see why it is such an effective move. 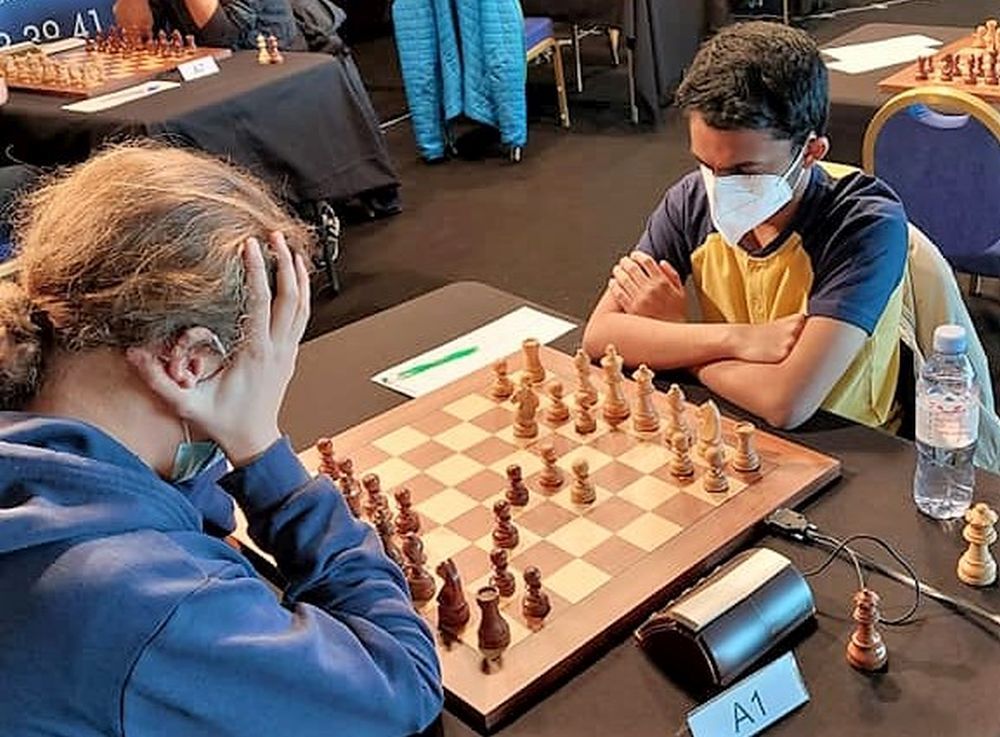 Nihal drew the next two games against FM Joseph Girel (FRA) and FM Phileas Mathieu (FRA) in Round 2 and 3 respectively.

Nihal defeated WIM Andrea Navrotescu (FRA) in the fourth round with a brilliant display of attack as she went wrong early in the middlegame. 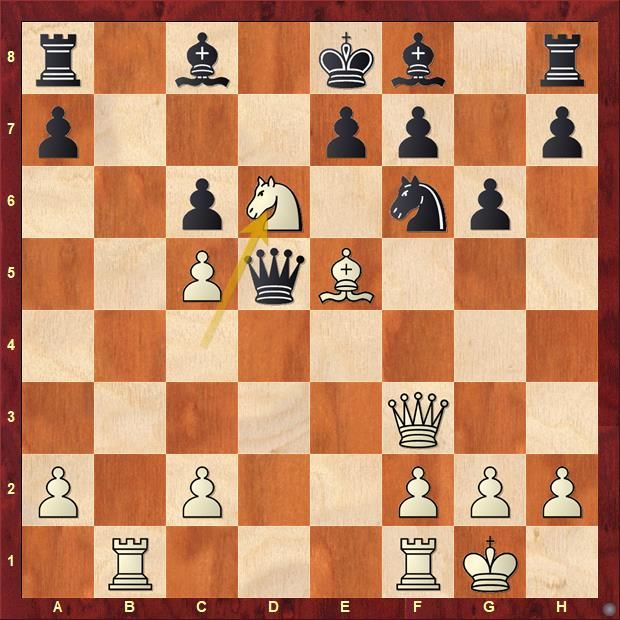 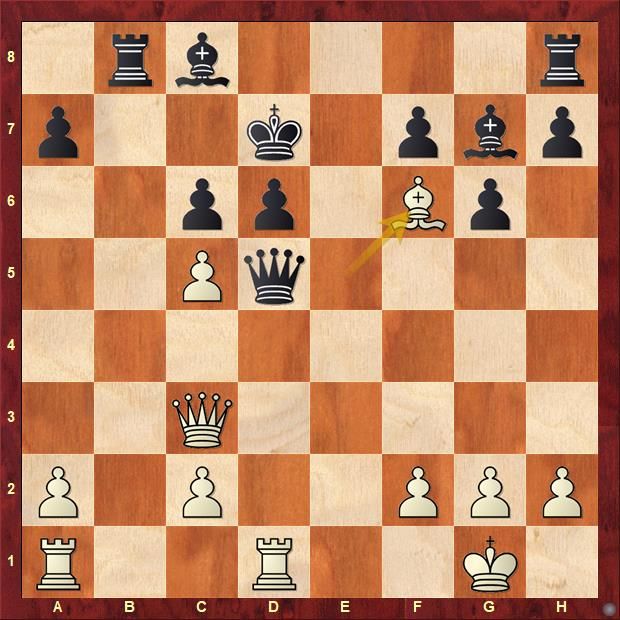 19.Rxd5 would have been a loss for White as 19...Nxd5 20.Qf3 Bxe5 gives Black decisive advantage due to the fact of being ahead in material. 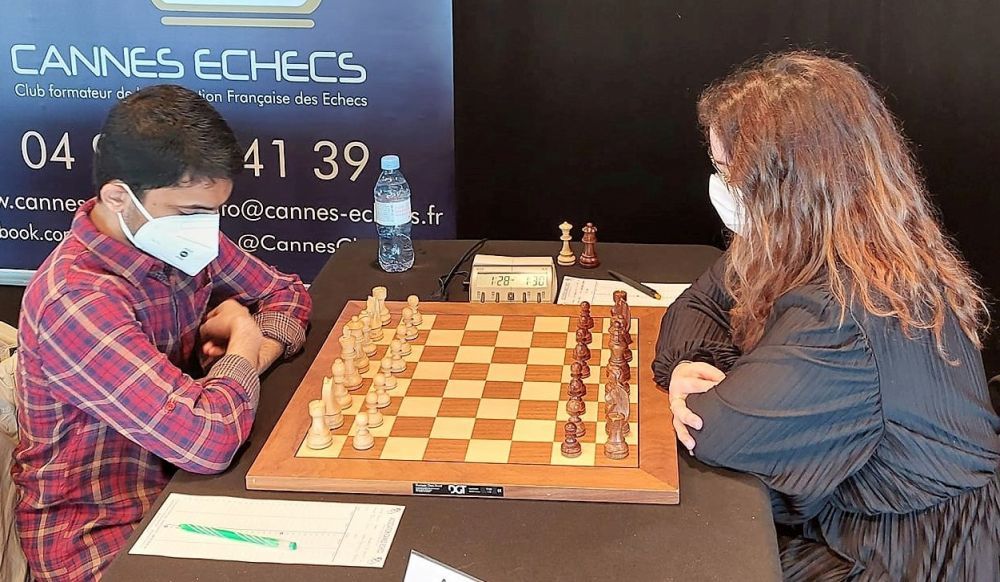 Nihal Sarin vs Andreaa Navrotescu in Round 4 | Photo: Cannes Echecs 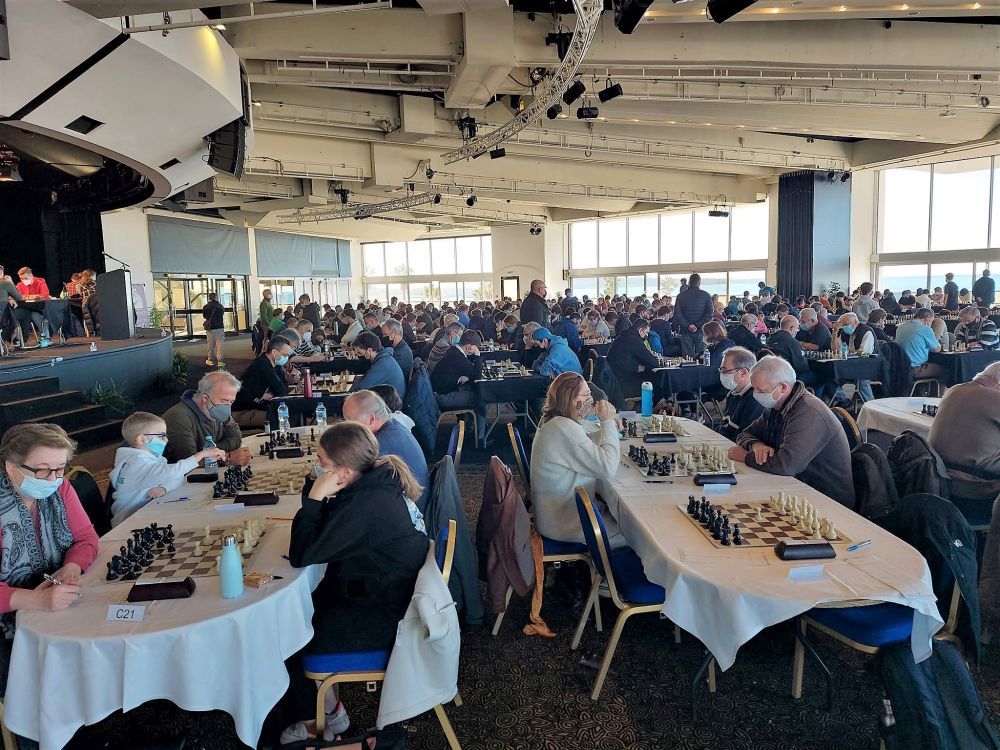 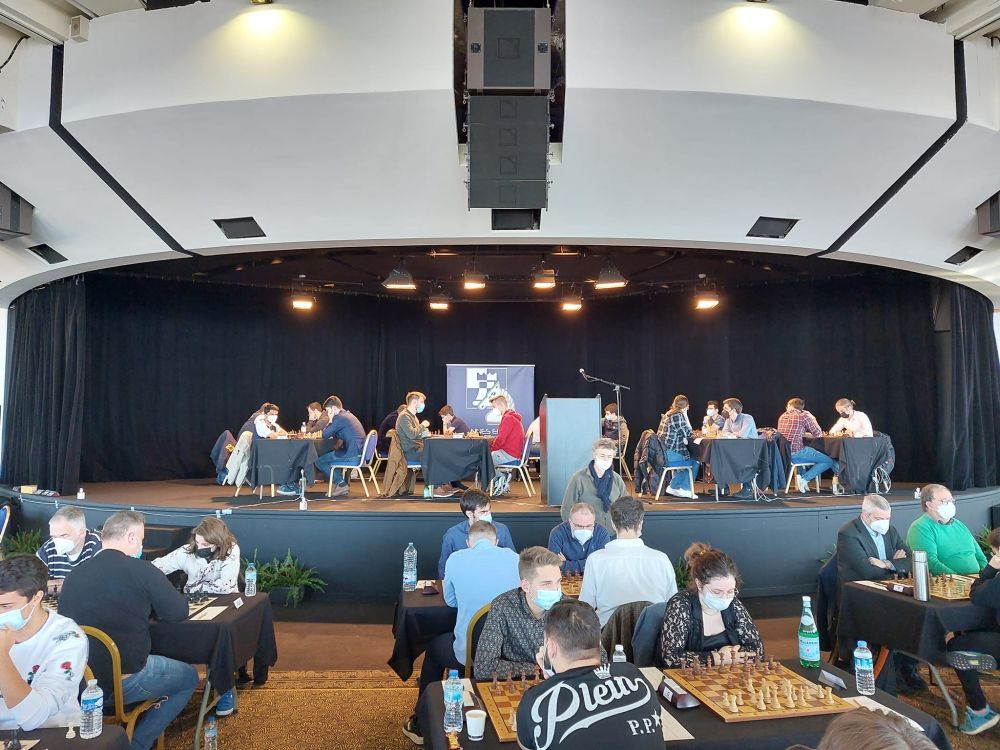 The top boards are on the stage | Photo: Cannes Echecs 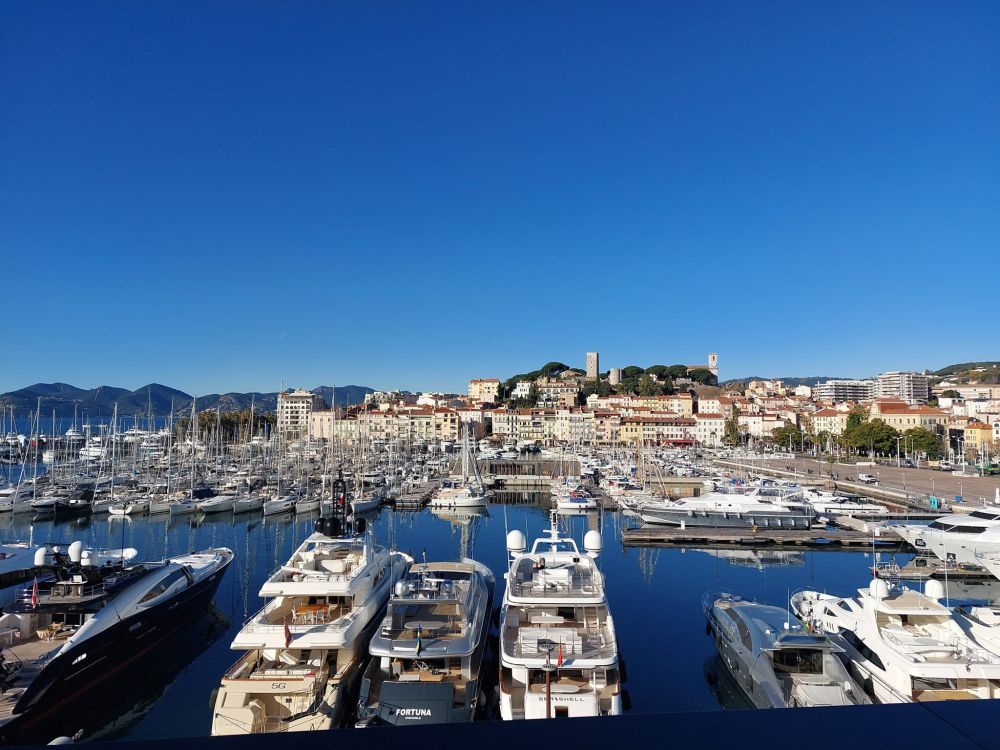 A total of 94 players including 11 GMs, 13 IMs, a WGM and 2 WIMs are taking part in the Category A tournament organized by Cannes Echecs Association. The event is taking place at Salon des Ambassadeurs at Cannes, France from 21st to 27th February 2022. The nine-round Swiss league tournament has a time control of 90 minutes + 30 seconds increment for the first 40 moves, then 30 minutes + 30sec/move for the rest of the game.