Beating Rapport was not easy, but Hari managed it. Defeating Ding Liren was even tougher but Harikrishna achieved that as well. But what he did in round 5 was just extra special. Why? Because he had the black pieces! Against a world class player like Yu Yangyi (2751), when you reach an equalish position like Hari did in the game, you would more often than not agree to a draw. But Harikrishna is in phenomenal form. Just like Magnus Carlsen, Hari is also grinding down his opponents in a royal manner. That's exactly what he did to his Chinese opponent. The game against Yu Yangyi had some special moments which we analyze in this report. With this third win in a row the Indian GM is now the sole leader as we move into the rest day. 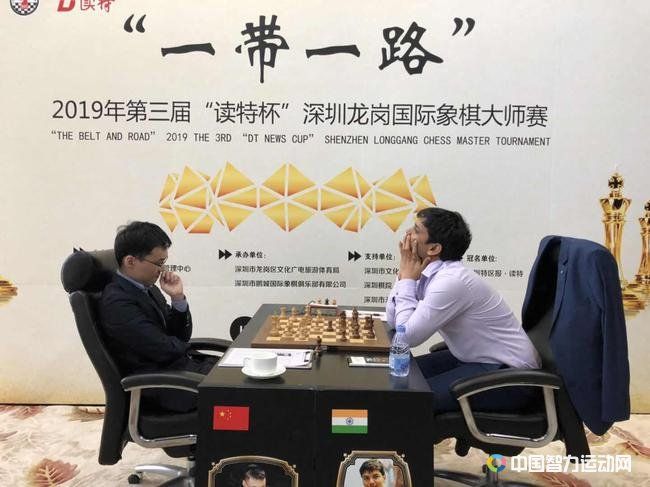 Harikrishna en-route his third victory in the event, against Yu Yangyi  | Photo: cca.imsa.cn

The fifth round of Shenzhen Masters had two decisive results. Harikrishna getting the better of Yu Yangyi and Ding Liren beating Dmitry Jakovenko. Until now Harikrishna has had four decisive games and the tournament has witnessed only five! This just goes to show what a fighting mood Harikrishna is in. Let's have a look at how he managed to grind down a strong opponent like Yu Yangyi. Please note: We usually have White pieces on the bottom, but today because Hari was black we decided to get the black pieces on the bottom. 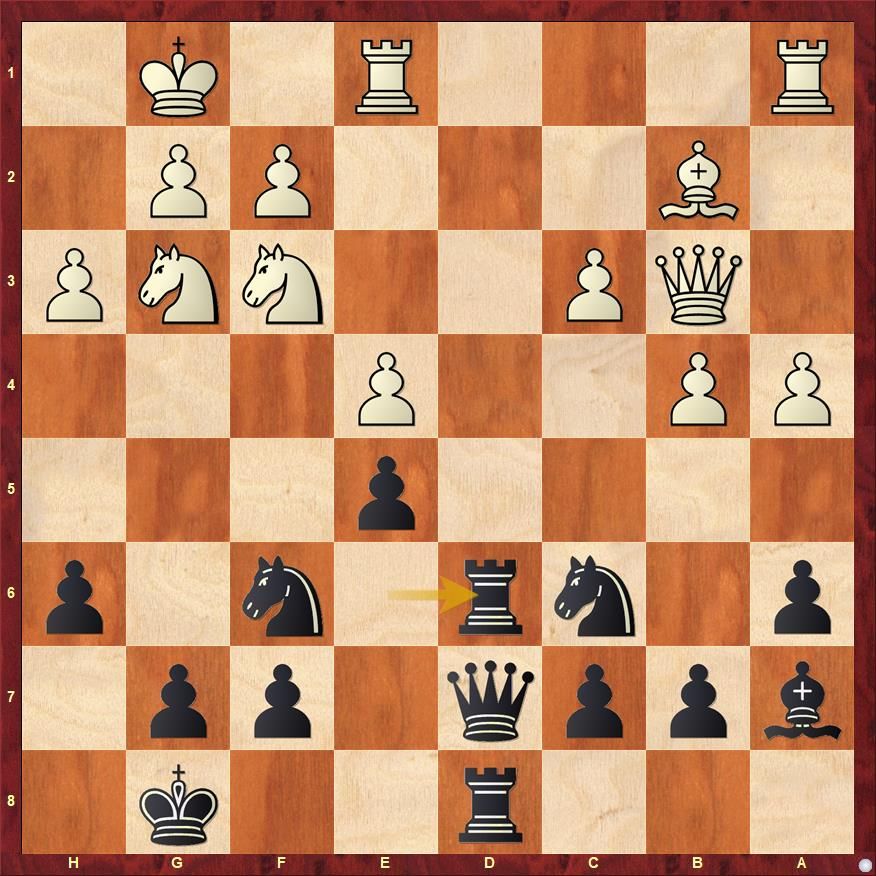 We reach the first critical moment of the game. Harikrishna played the move ...Rd6. Isn't it losing a pawn? What should Black do after b4-b5? 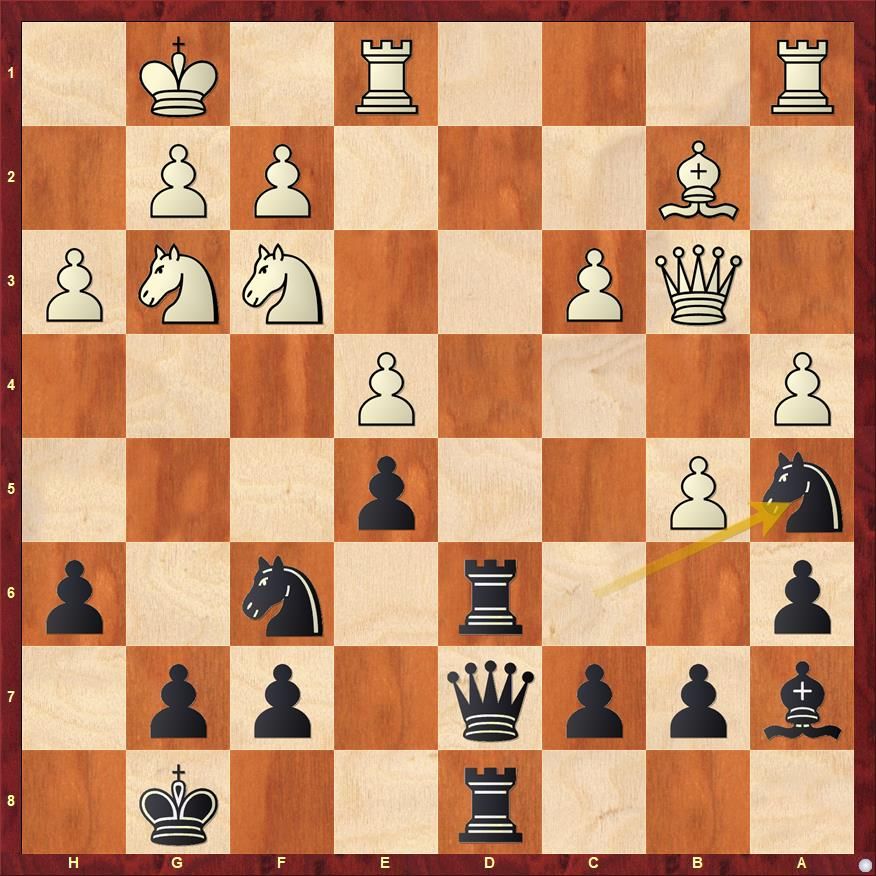 Harikrishna had prepared ...Na5! And after Qb4? 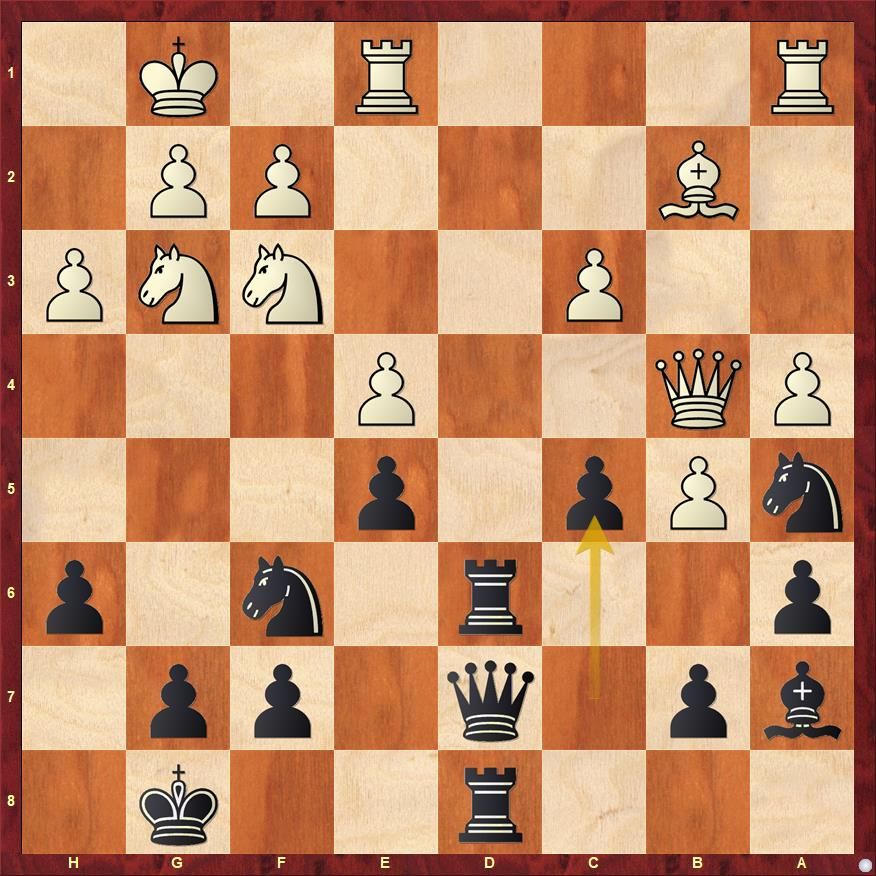 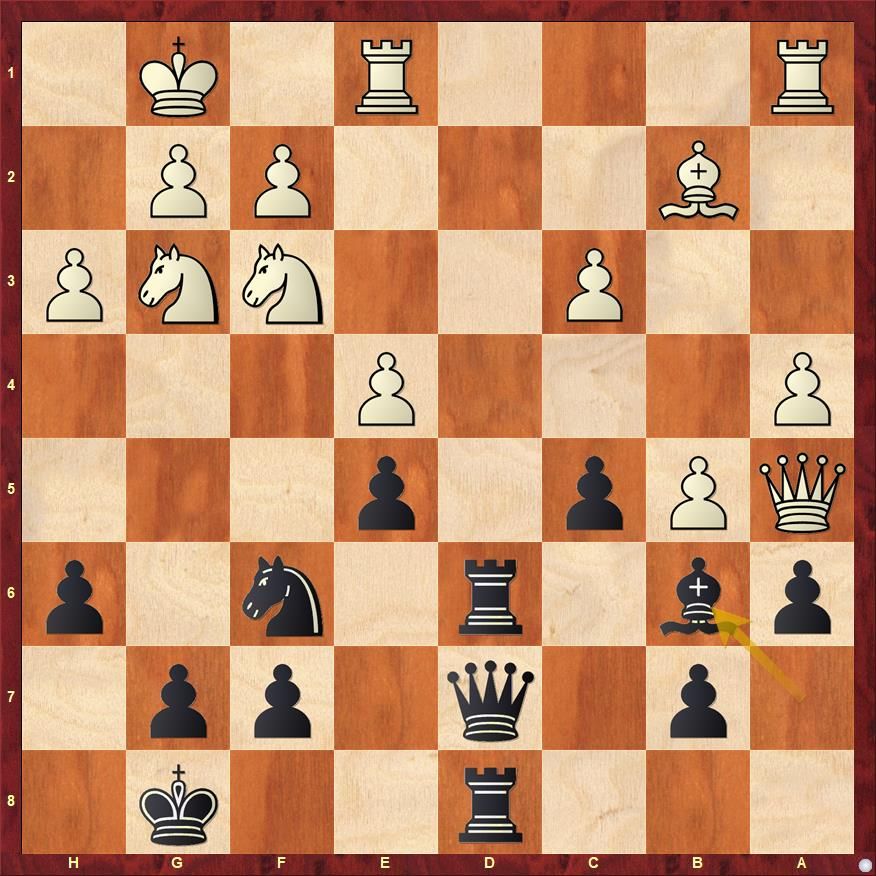 What a beautiful queen trap! Yu Yangyi didn't fall for it, but he had to calculate the details and this definitely takes away your energy. 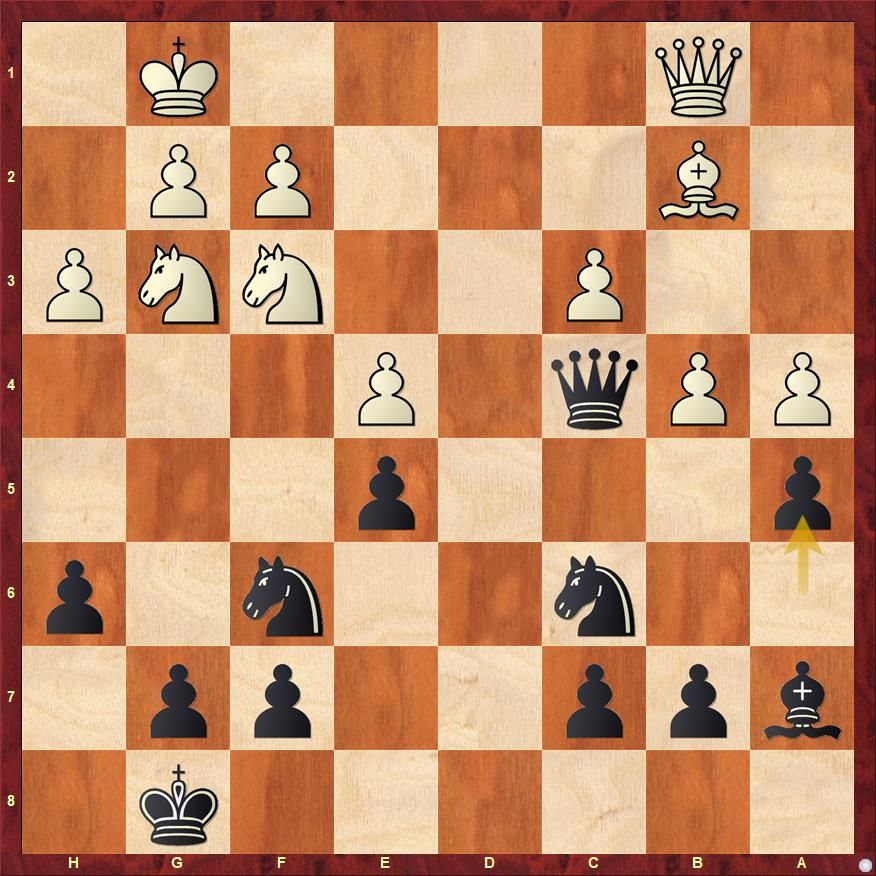 Another moment in the game which shows just how good Hari is in such equalish endgames is the move ...a5. This is much much combative then say ....b5 for Black. Hari is all the time looking to imbalance the position like b5 Ne7 Nxe5 Qxa4 and he is able to assess such positions better than his opponents. This is what gives him an edge in such endgames. 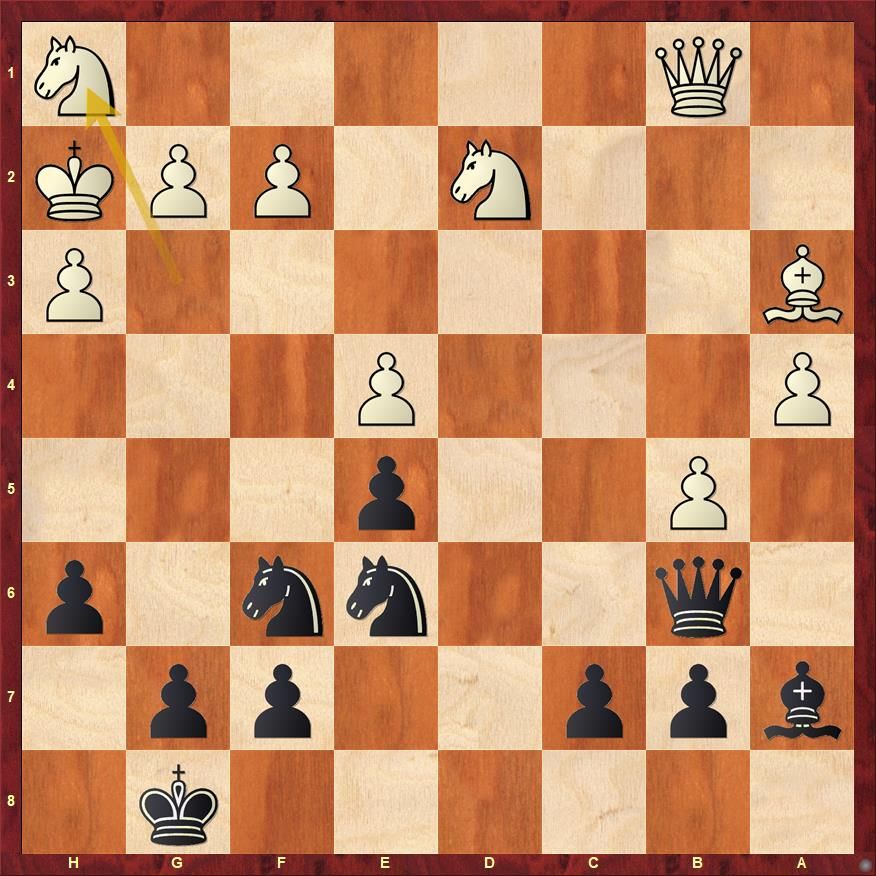 You never really happily put your knight on h1. 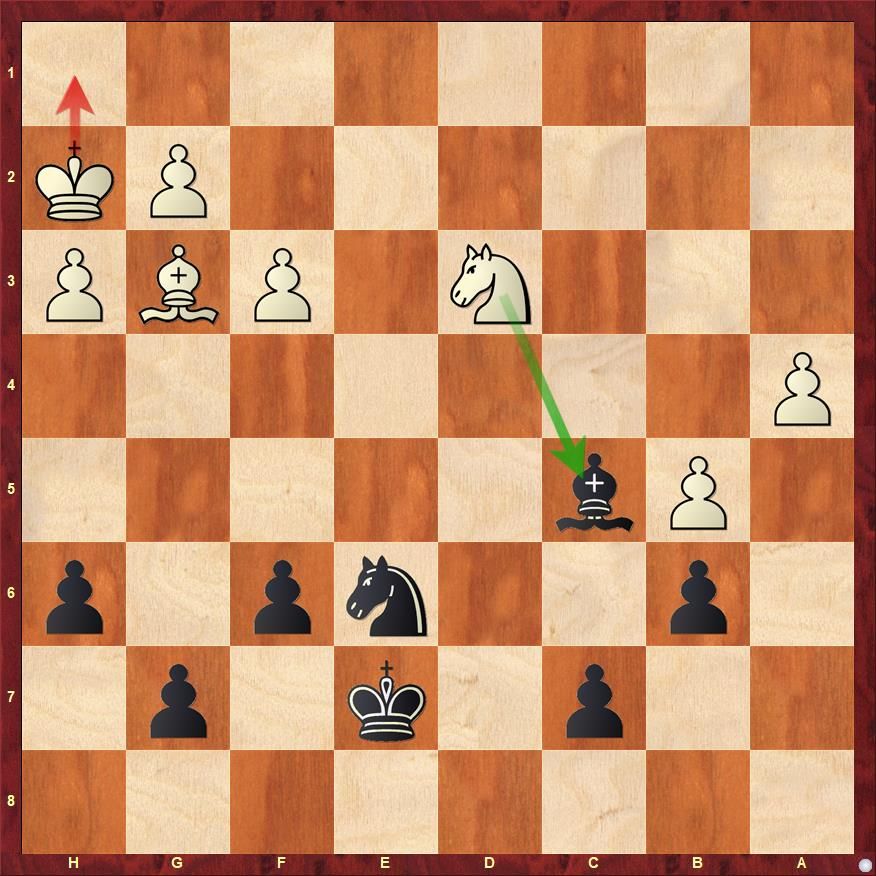 Yu Yangyi should have taken on c5 followed by Bxc7. Yes, the b5 pawn is weak and White may lose the b5 pawn, but meanwhile his king could be activated via g3-g4 to enter Black's position on the kingside. 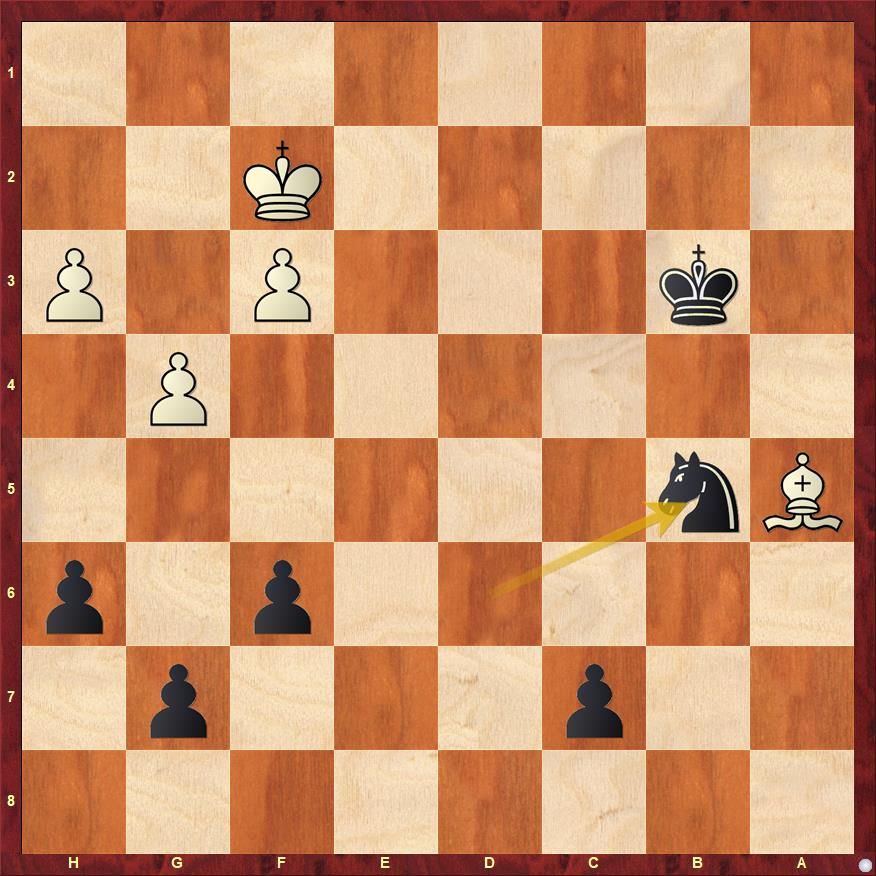 Harikrishna managed to win a pawn and also the white king has not been activated. This should be a winning endgame, but when it is bishop versus knight, you always have to be very careful 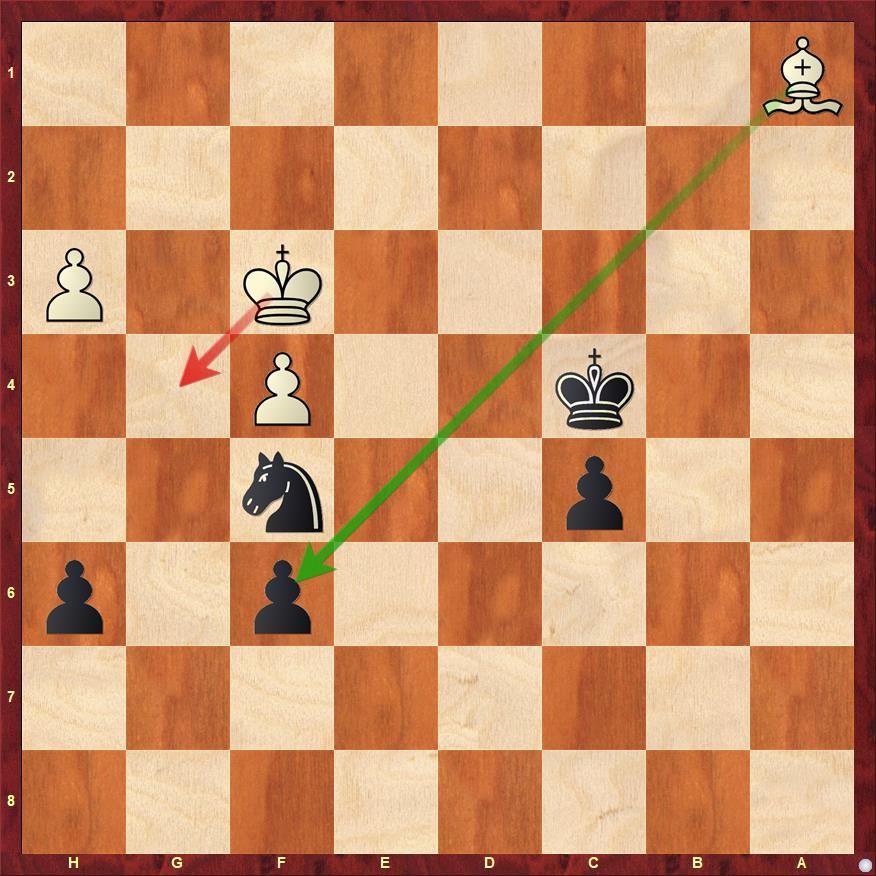 Here Yu Yangyi went for Kg4 which was also good enough for a draw, but why not just Bxf6. Black has no real way to fight for a win and the game is drawn 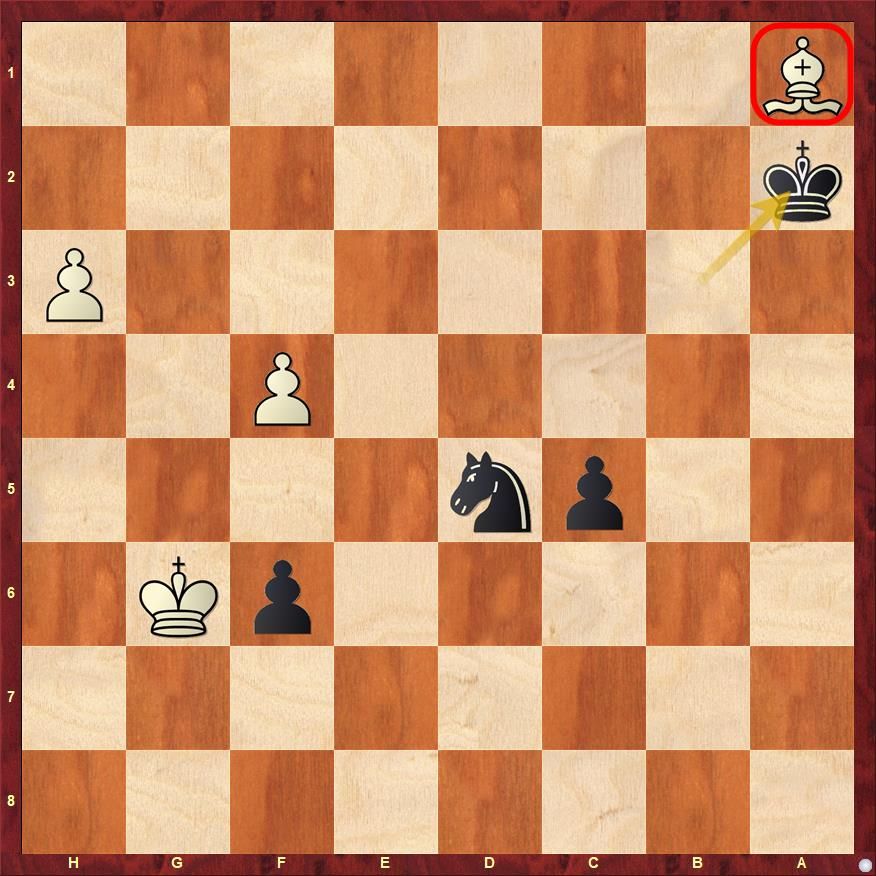 The bishop on a1 is trapped and Yu Yangyi has to take the pawn on f6. It seems as if this should be lost, but the tablebases have a different story! 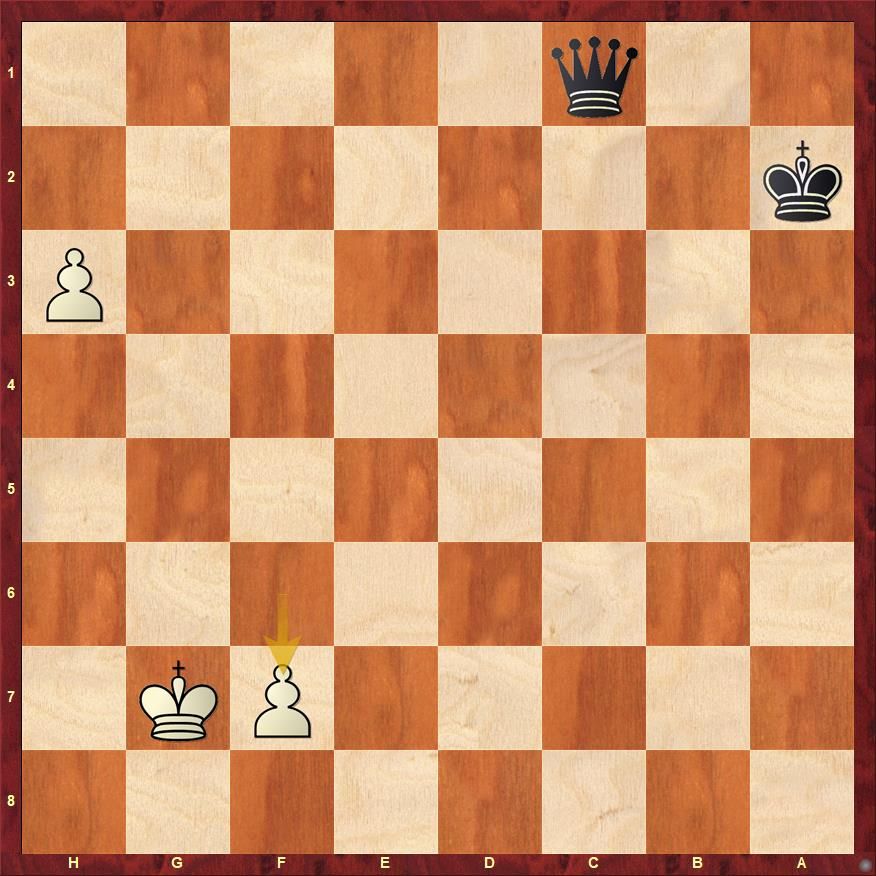 We all know that this position would have been drawn if there was no pawn on h3. However, here White has a pawn, and so the race now is whether the black king can reach back in time before White can find a way to draw the game. What do you think is the result of this position? 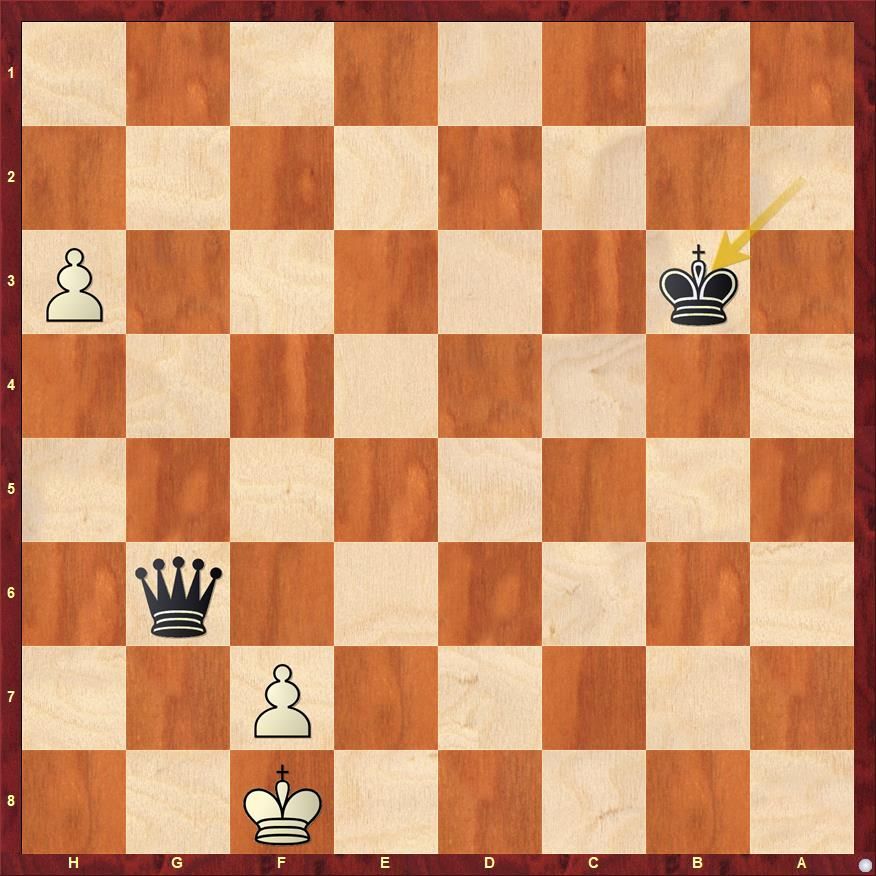 Harikrishna forces the white king in front of his pawn and then begins his king's journey. 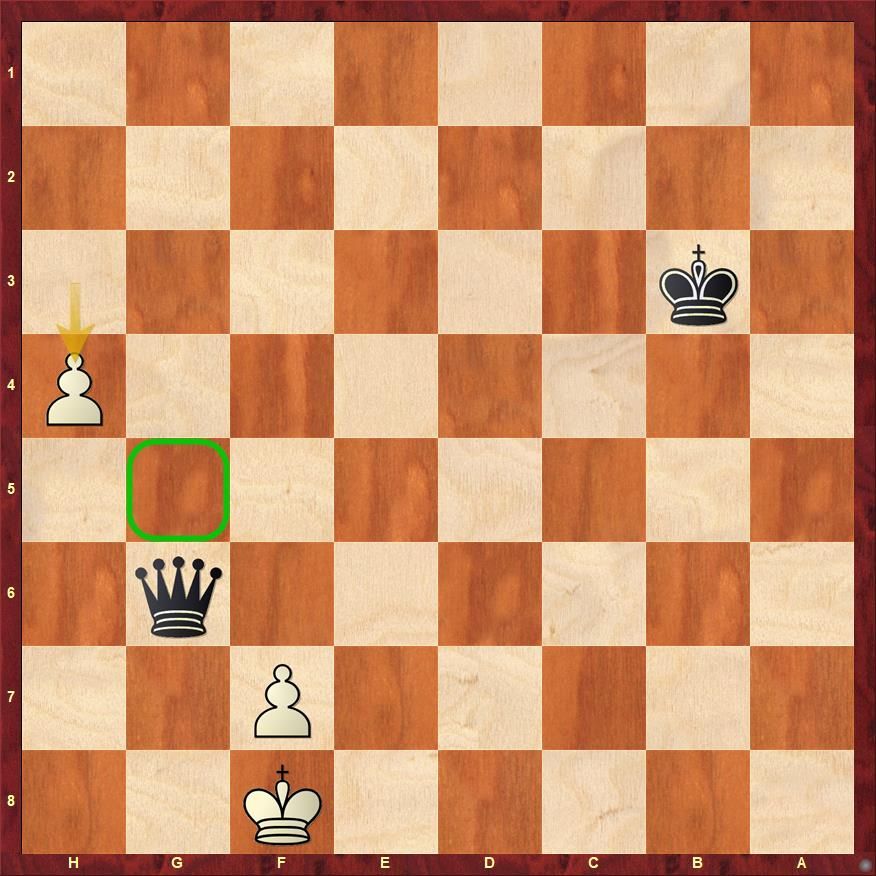 Look at this position very carefully. White has just pushed his pawn to h4. This pawn controls the all important g5 square, which is required by the black queen to check the white king once again and push him in front of the pawn. 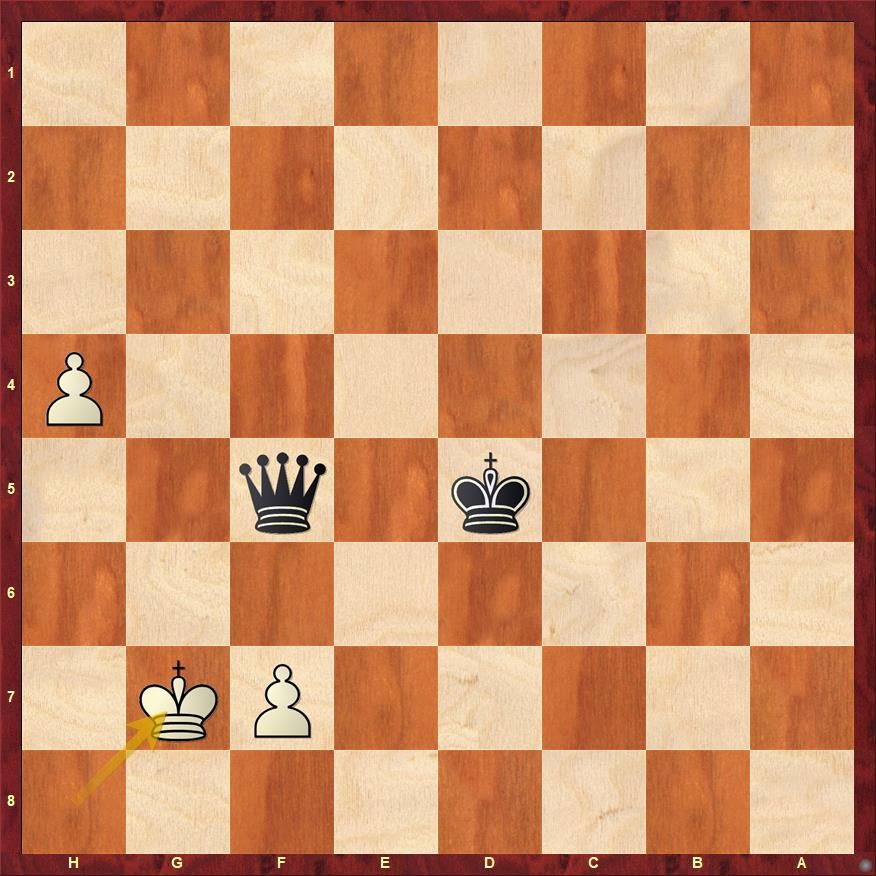 This is the perfect example of how the h4 pawn is helping White. Black would love to give a check from g5, and if he could he would have won the game. But that square is defended and hence this position is a draw! 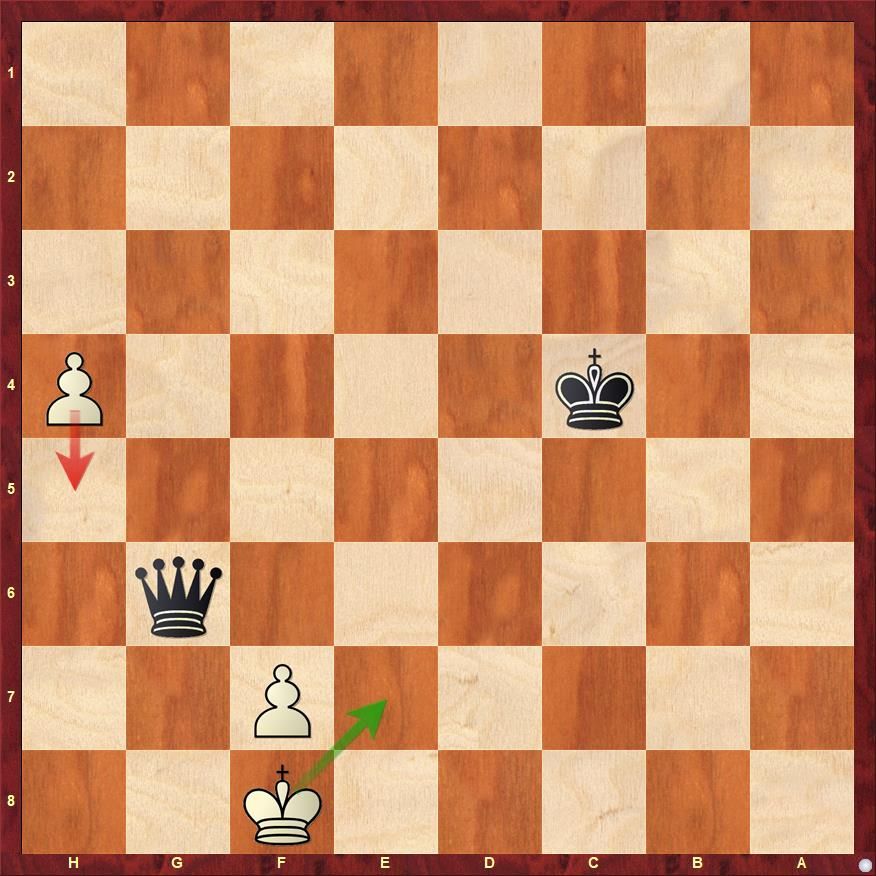 Yu Yangyi's final mistake of the game was to push his pawn to h5. Here Ke7 would have drawn. But pushing the pawn to h5 means that Black has a nice tactical way to finish off the game. 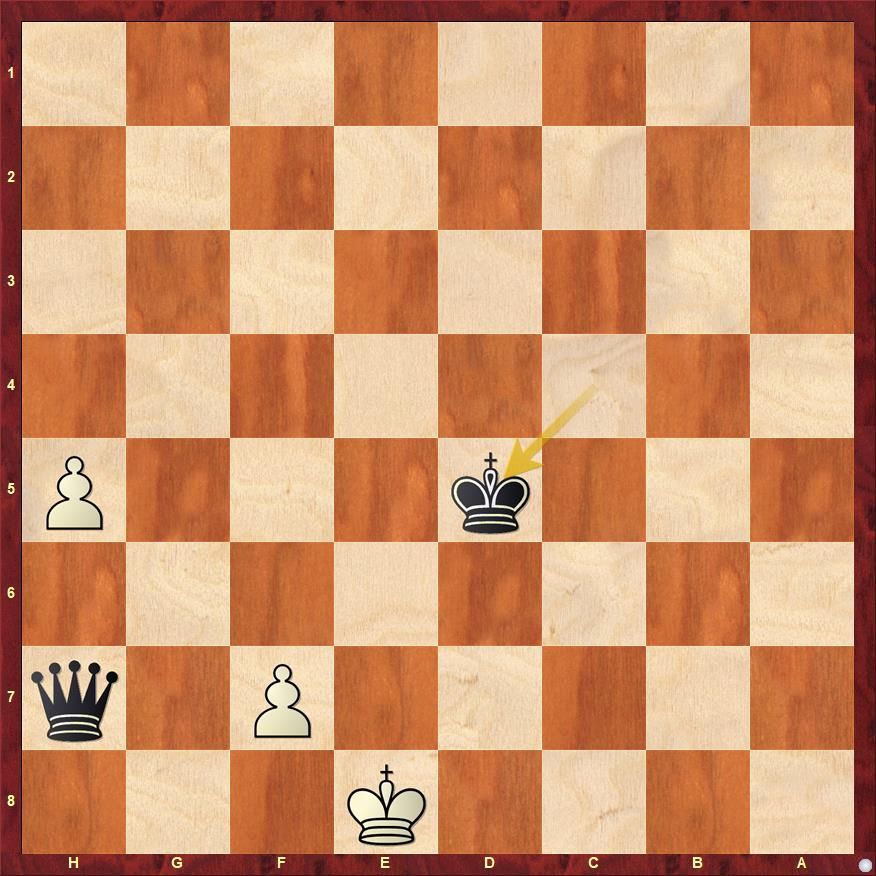 We have a feeling that Kc4-d5 is the move that Yu Yangyi missed. Now you cannot make a queen because ...Ke6 results in a mate. The black king is now too close and Harikrishna managed to win the game! What an instructive endgame! 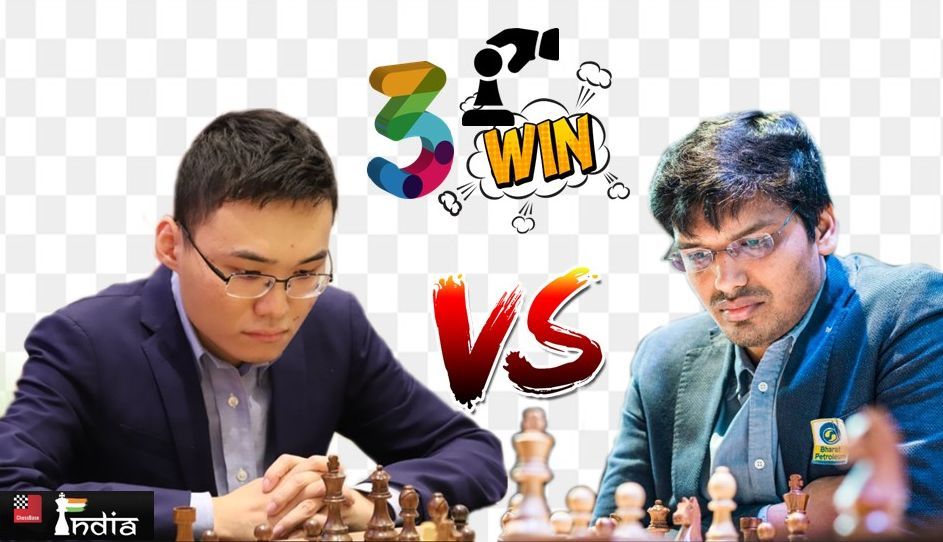 Rapport, Ding Liren and now Yu Yangyi! Hari has gained 16.6 Elo points in his last three games and with 2728, is now once again India no.2 by a good solid 20 Elo point margin. 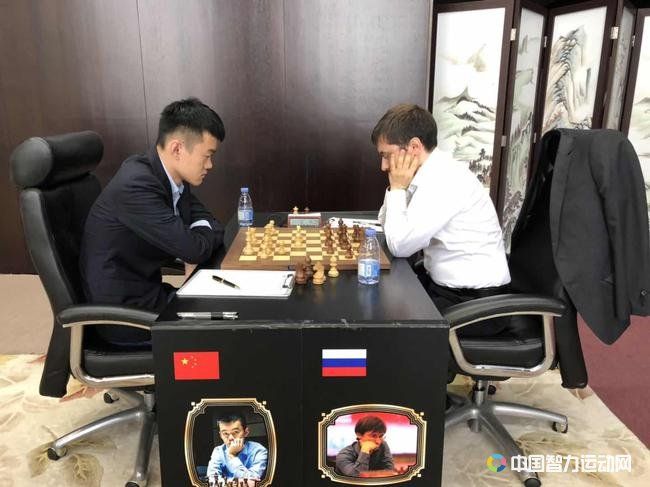 Ding Liren managed to beat Dmitry Jakovenko in the fifth round | Photo: cca.imsa.cn 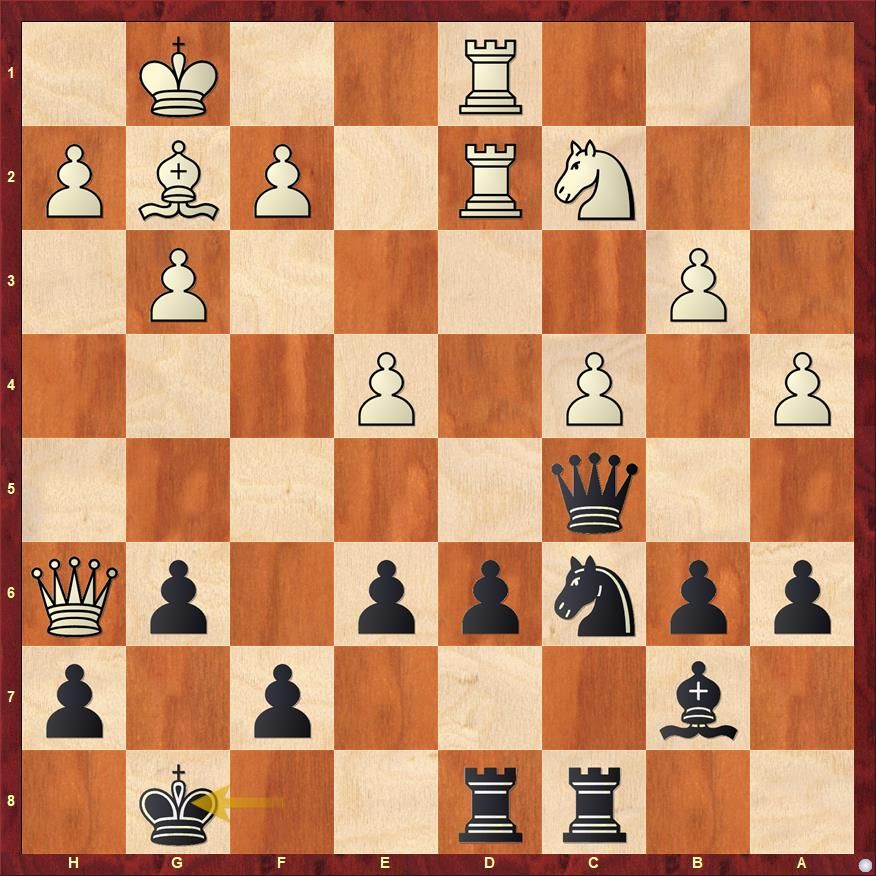 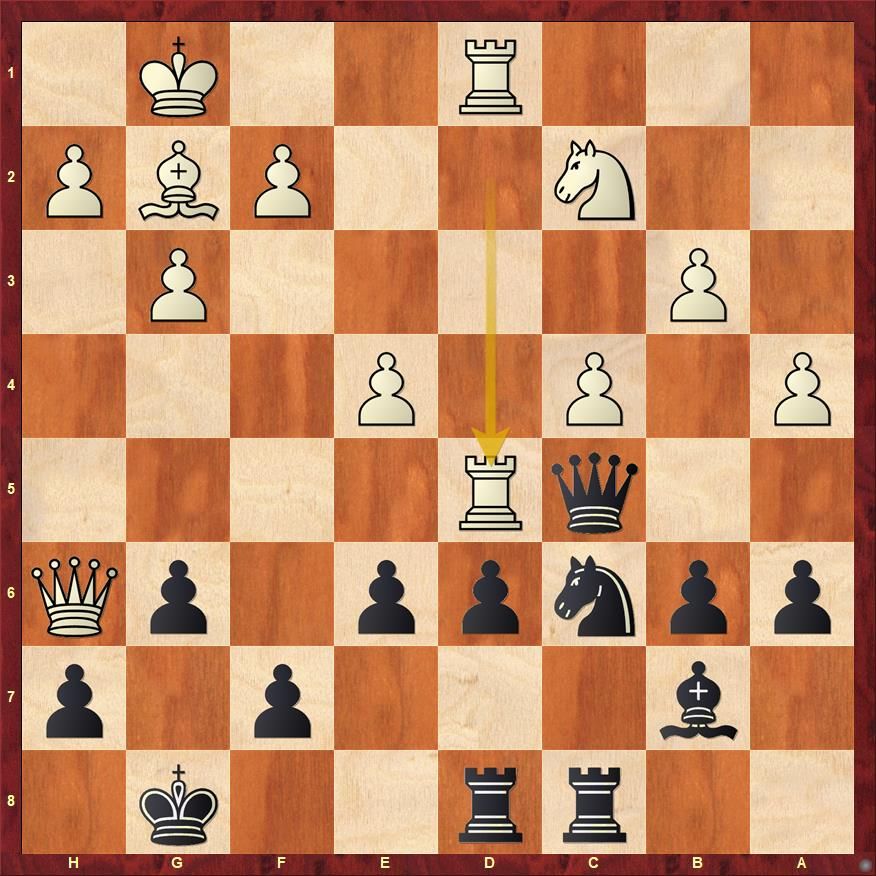 What a beautiful rook sacrifice to trap the black queen in the centre of the board!