Shenzhen 2019 Round 3: Harikrishna beats Rapport at Shenzhen Masters 2019 and reclaims his India no. 2 spot

"Excited to play my first super tournament of the year. Hope to play some good games!" That's how Harikrishna felt making his way to Shenzhen in China for the Shenzhen Masters 2019. It's a six player round robin event with the top two seeds begin Ding Liren and Anish Giri. Harikrishna is clearly in fighting mood. After three rounds he is on 1.5/3, and all three of his games could have been decisive. In round 1 he was clearly worse against Jakovenko but salvaged a draw. Against Anish Giri, Hari was outplayed and the Indian GM lost his second round. But after the defeat Hari bounced back by playing a clinical game to beat Richard Rapport. With this win Hari reclaimed his position as India no. 2 in the live ratings.

When elite chess stars are given a chance to prepare against a five-player field, there is no doubt they will study their opponents' play in depth. Not doing so would simply be naïve. Maybe that is why most supertournaments prefer to gather a larger field and some — perhaps following the example given by Wijk aan Zee — prefer to call up players of different strength, looking for more unbalanced struggles. The Shenzhen Masters, on the other hand, has kept its original approach despite the first two editions ending up with 46 out of 60 games drawn. Ding Liren won the first edition after scoring a convincing 'plus 3', while Maxime Vachier-Lagrave won in 2018 after getting better tie-break scores than Giri and Ding, who also finished on 'plus 1'. 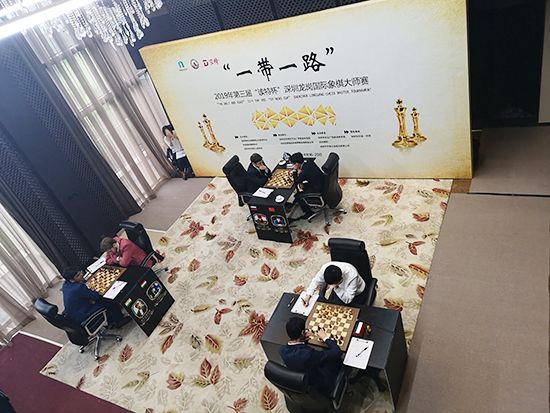 The playing hall with six players at the Shenzhen Masters 2019

On my way to Shenzhen chess masters..excited to play my 1st super tournament of the year. Hope to play good games.

This time the six players who are fighting it out at the Shenzhen Masters 2019 are Ding Liren (top seed), Anish Giri, Yu Yangyi, Richard Rapport and Dmitry Jakovenko. After three rounds, this is how the standings look:

There have been two decisive games until now and Harikrishna has been involved in both of them! 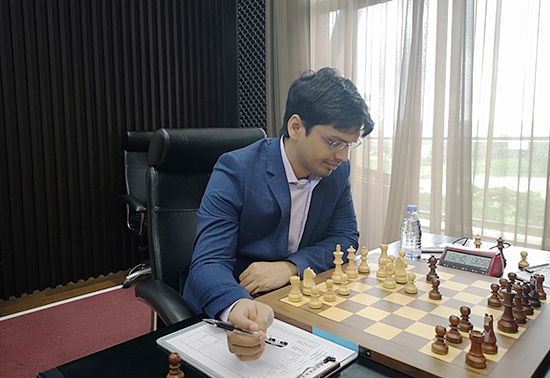 With 9 games having been played, Harikrishna has displayed the most fighting chess chess in the event | Photo: cc.imsa.cn

In round 1 Harikrishna was up against Dmitry Jakovenko with the black pieces. 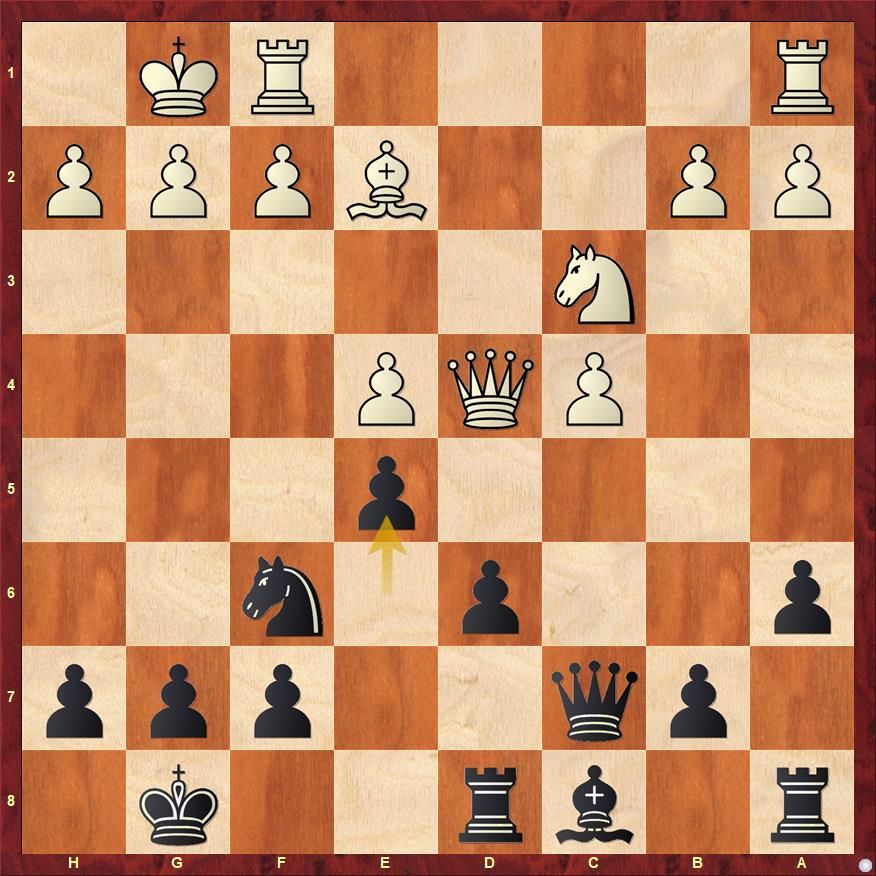 The move e5 was a logical one. Yes, the d5 square is weak, but the bishop will be well placed on e6 and Black will try to hold the position. It is not so easy for White to breakthrough 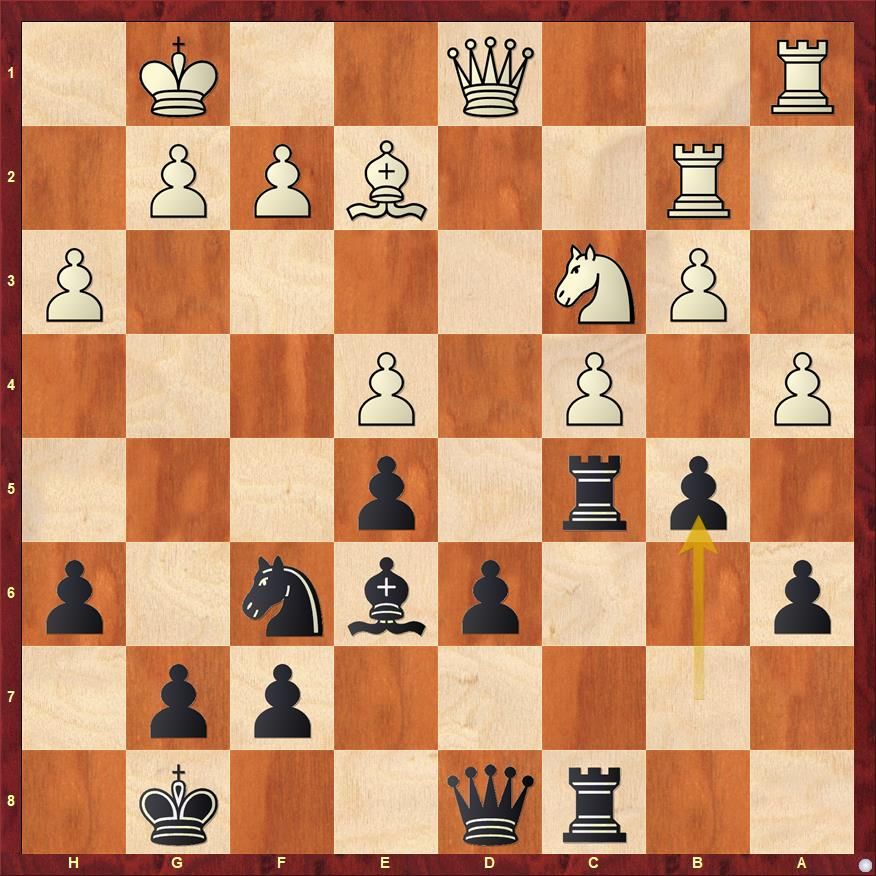 It seemed as if Harikrishna was uncomfortable with his position. The move b5 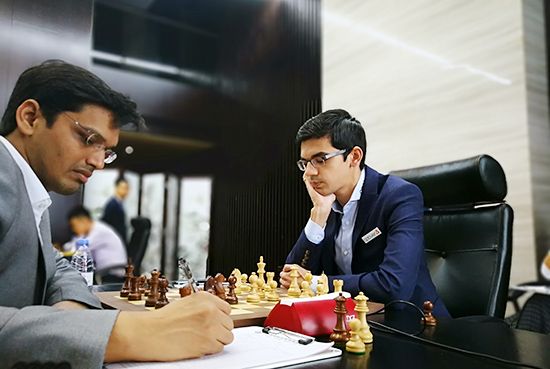 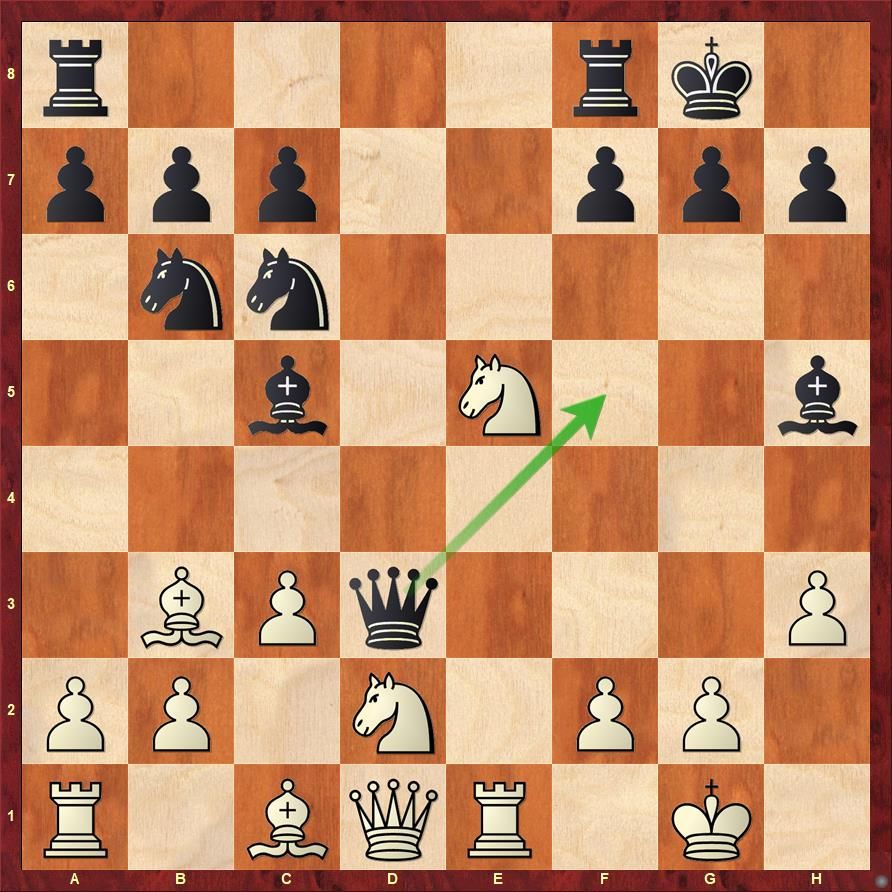 Black has to play Qf5 in this position to for an interesting game, but Hari decided to take the queen on d1. After Bxd1 Nxd3 Bxb3 axb3 (Nxc5 was also interesting) White was already slightly better. 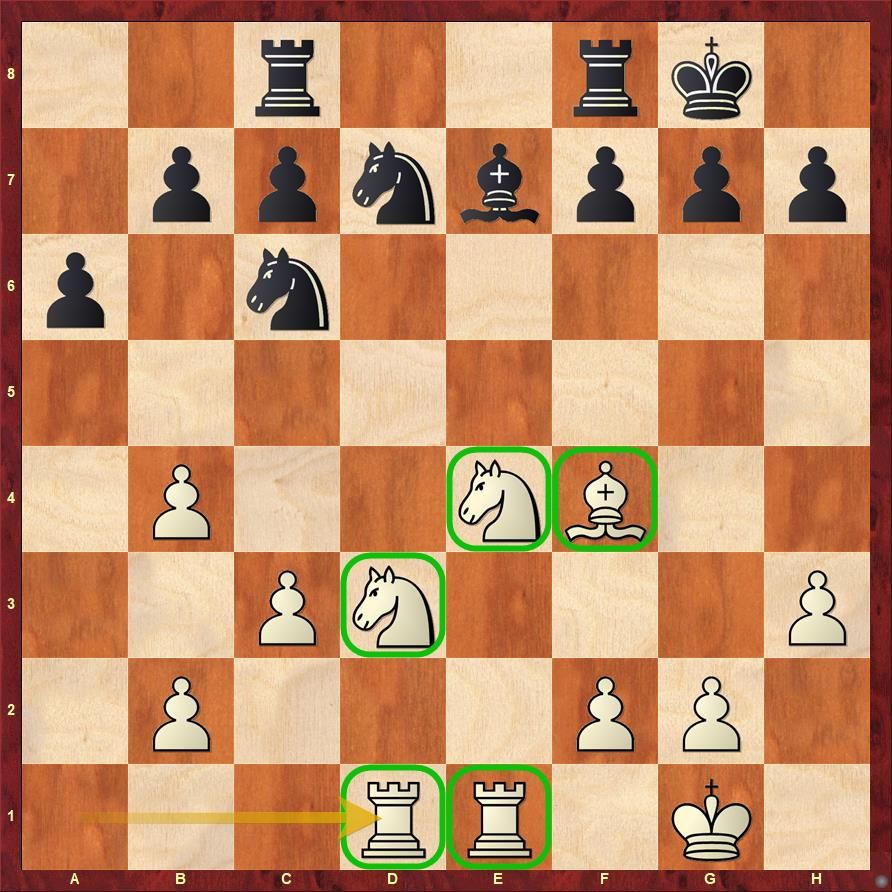 There is just so much harmony in White's position. Each of the piece is centralized. If there is one white piece that is not in the game - it is the king! And so what does Anish do? 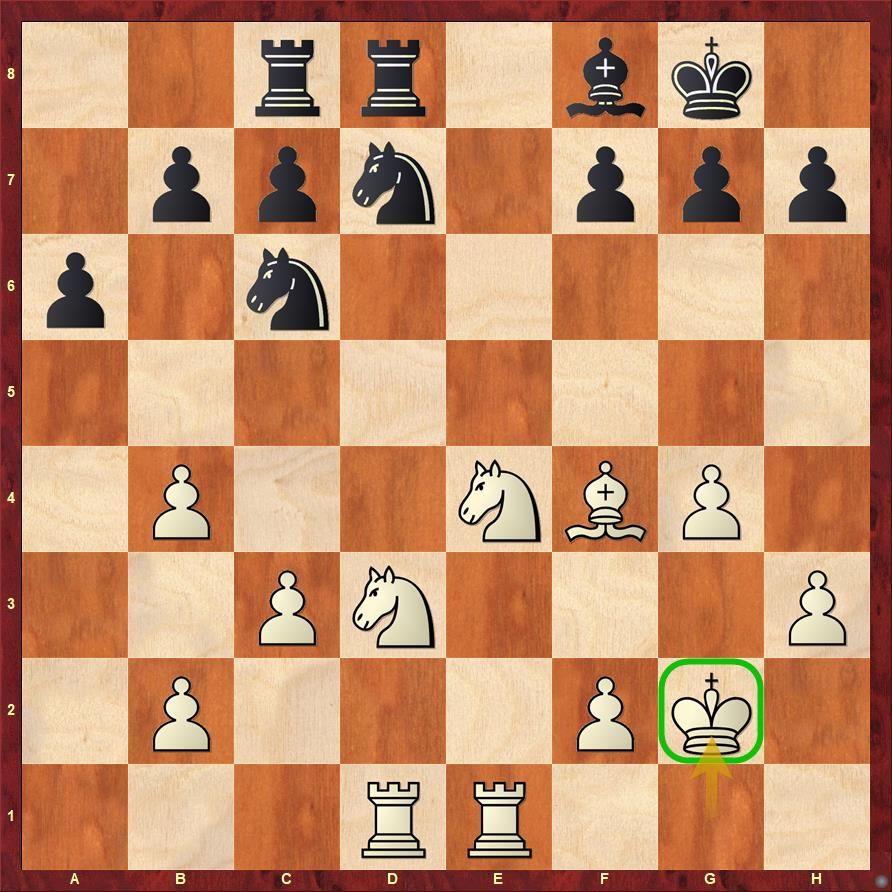 He improves his king! 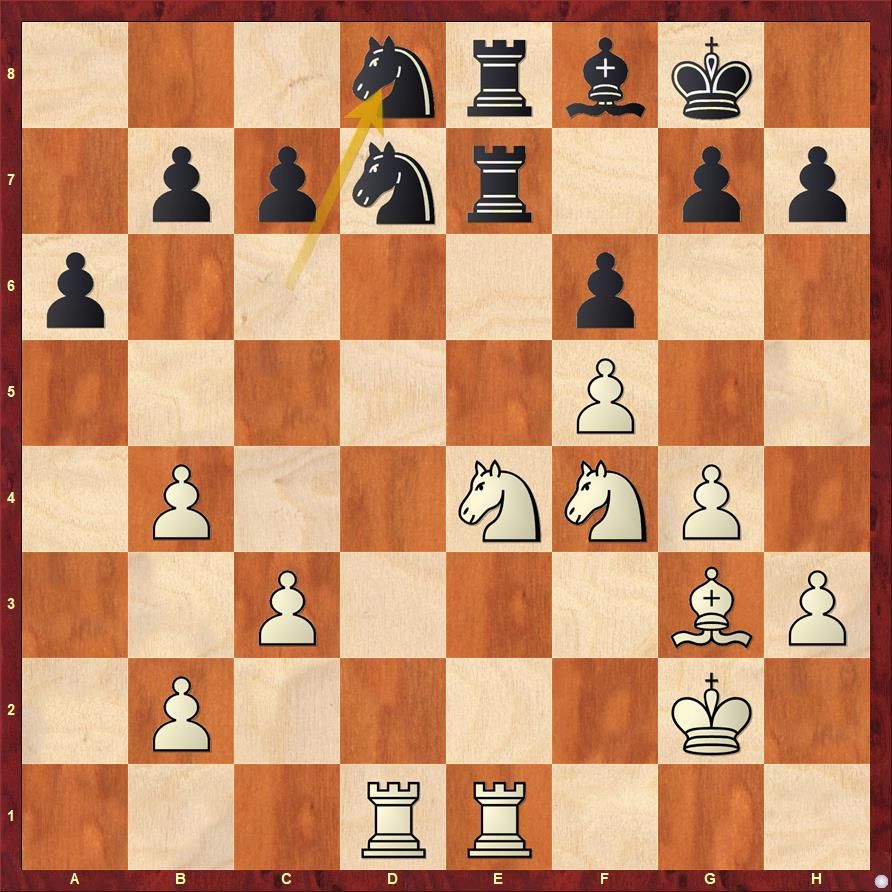 This boa constrictor approach by Giri was too much for Hari to handle. He blundered with ...Nd8. How do you finish off the game?

If you are alert, you will surely spot - Rxd7! Rxd7 and Nxf6+ with a clean extra pawn, which Anish converted without any trouble.

The sign of a true champion is how he bounces back after a defeat. After two games with the black pieces, Hari was happy to finally get white. He was up against the creative Hungarian GM Richard Rapport. Hari knew that all he had to do was play normal chess and keep the game controlled. His opponent would surely go for complications or do something crazy. And he was not wrong. Richard couldn't handle the simple play by Hari and the Indian GM scored a fine victory. 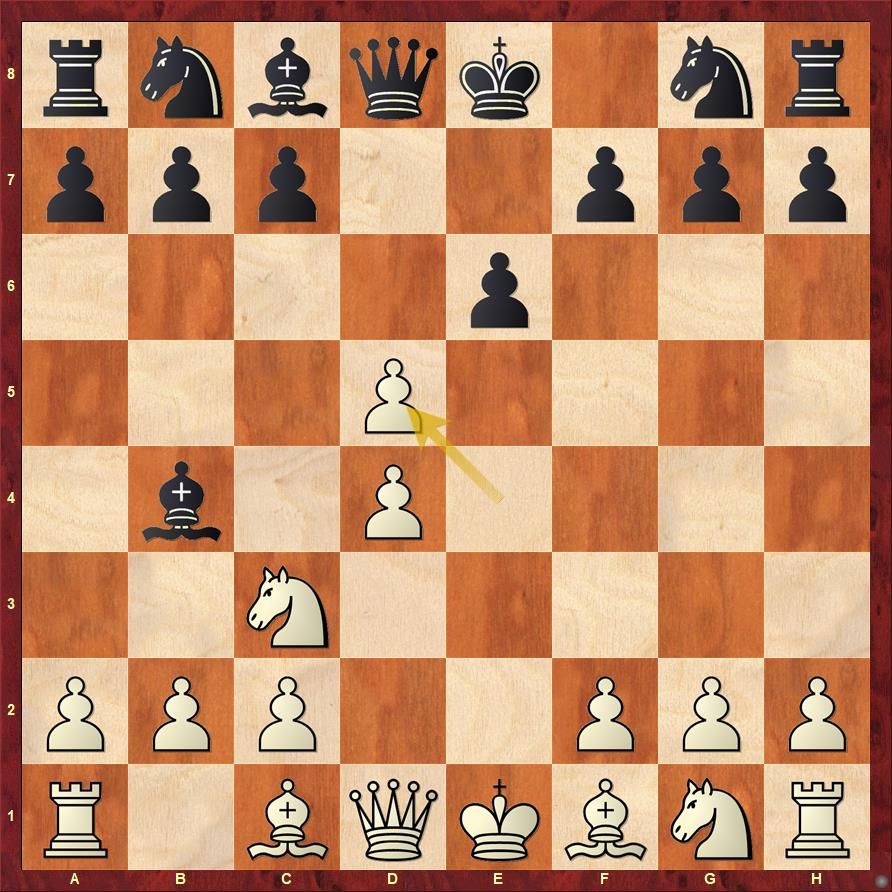 The move exd5 was a shrewd decision by Harikrishna. Rapport likes fresh, unconventional positions, and these dull symmetrical structures are something that he doesn't feel home at! 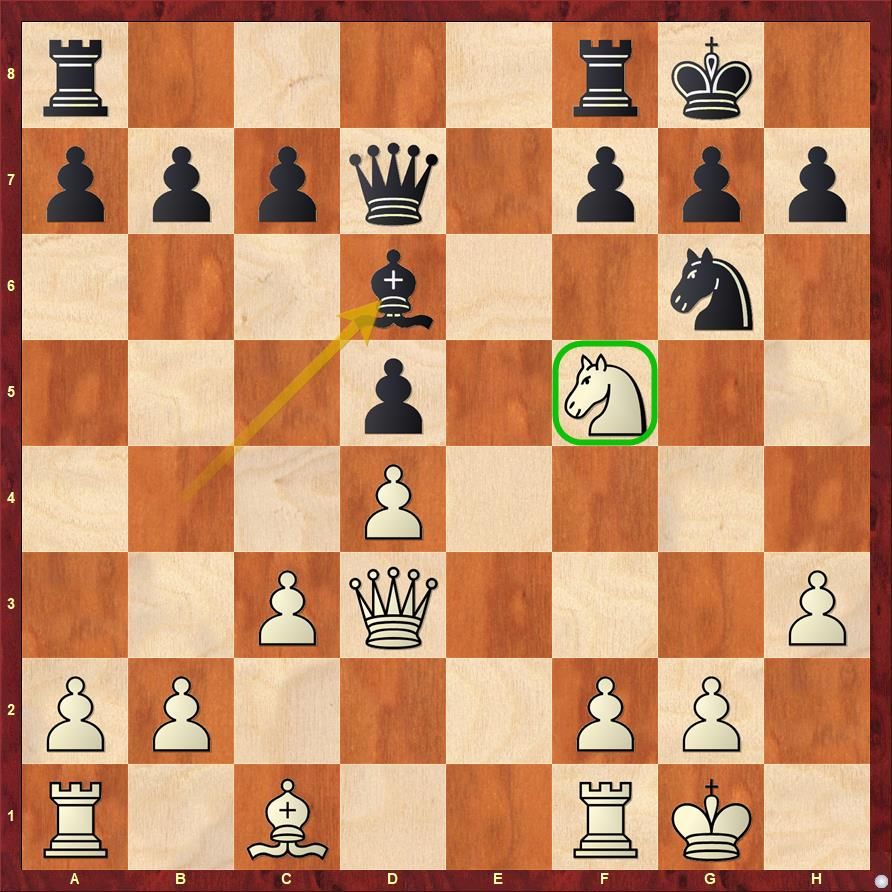 The knight on f5 gives White some hope for an advantage. 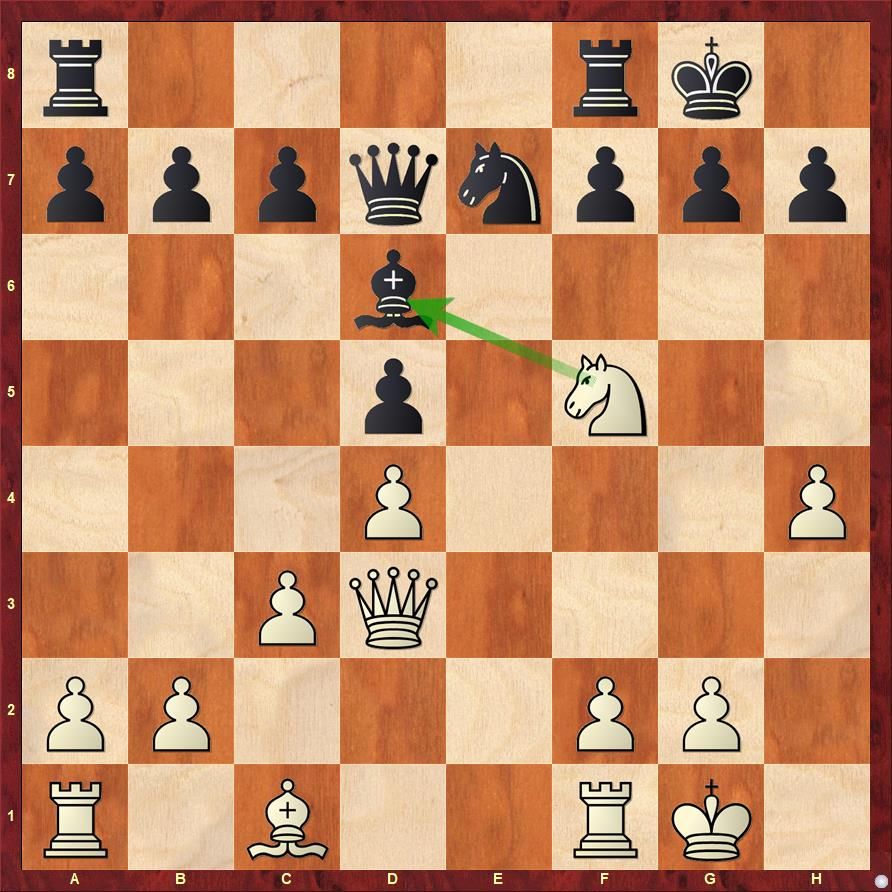 Harikrishna made an excellent decision to take the bishop on d6. It not only creates an imbalance in the position, but also as you will see, the bishop proves to be a stronger minor piece than the knight in the resulting structure 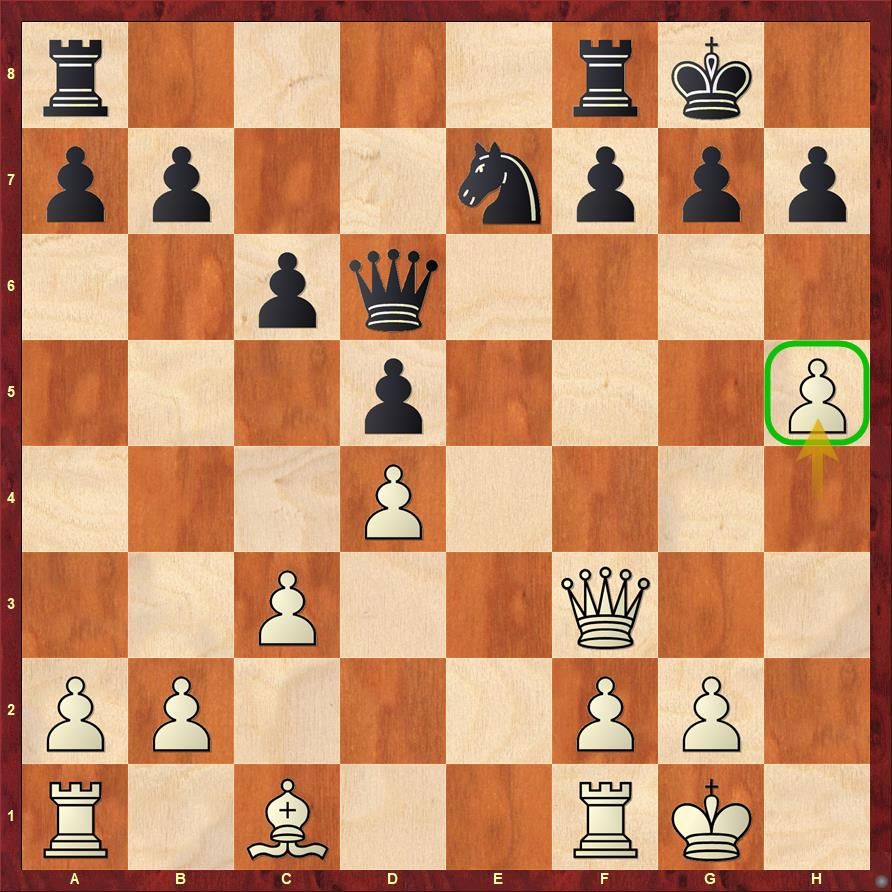 The pawn moves to h5 to gain more space 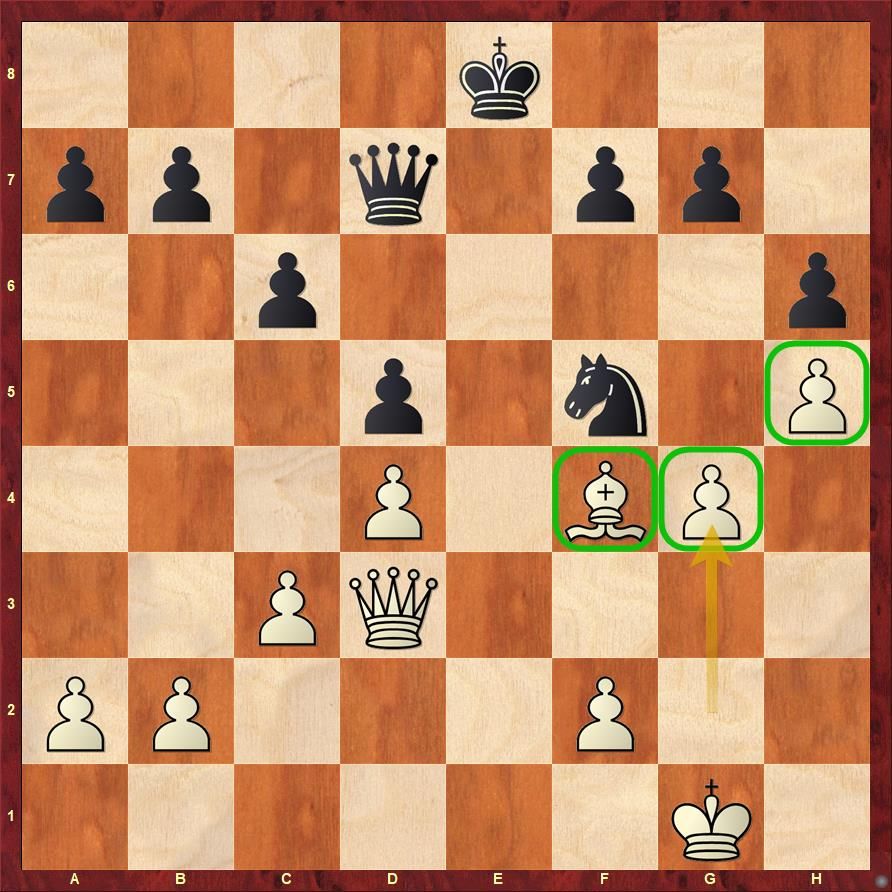 When you have a dark squared bishop and can place your pawns on light squares! Now that's a great feeling. 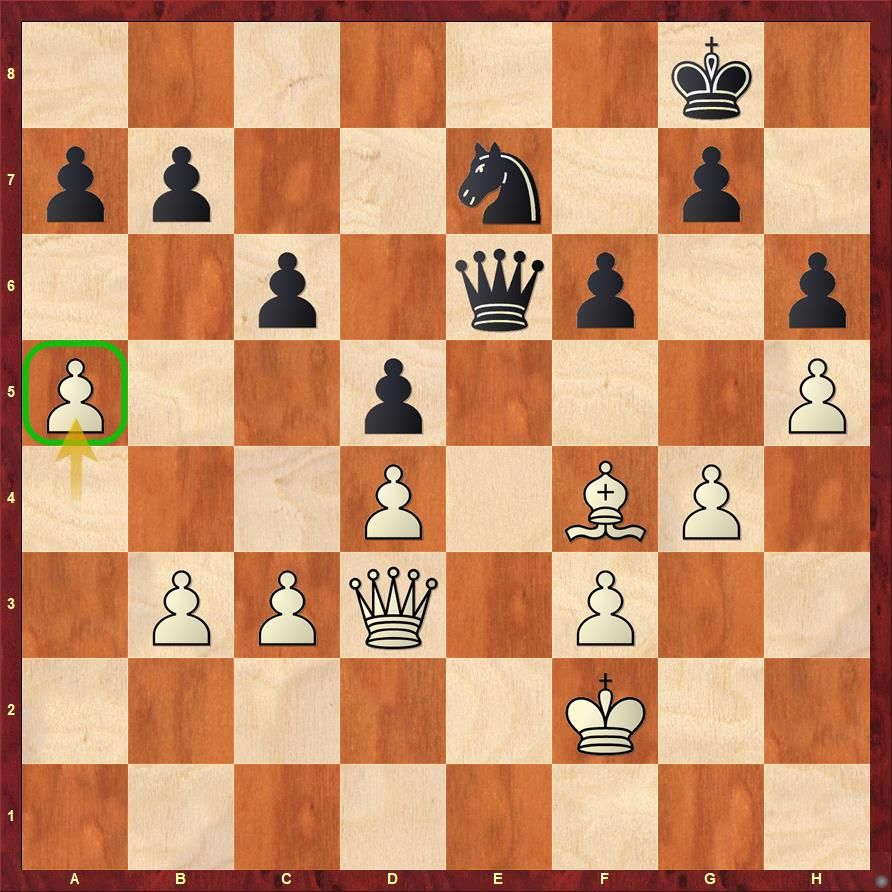 Hari is not happy with his kingside space! He wants to control the entire board. 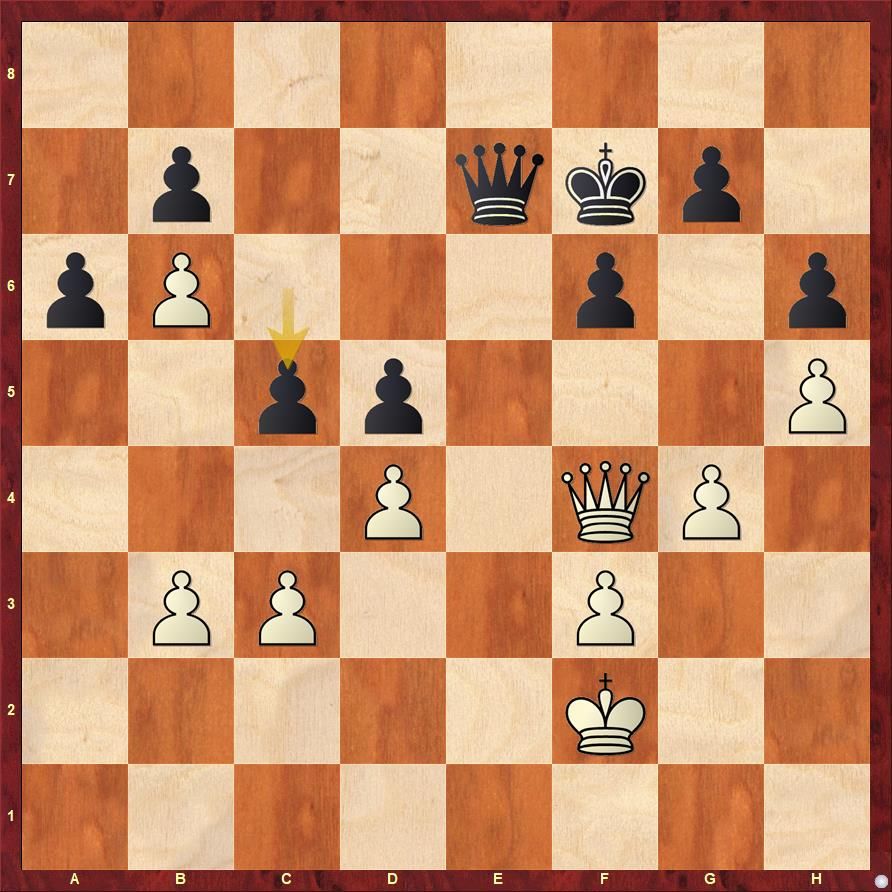 Black has just played the move ...c5, What would you do as White? 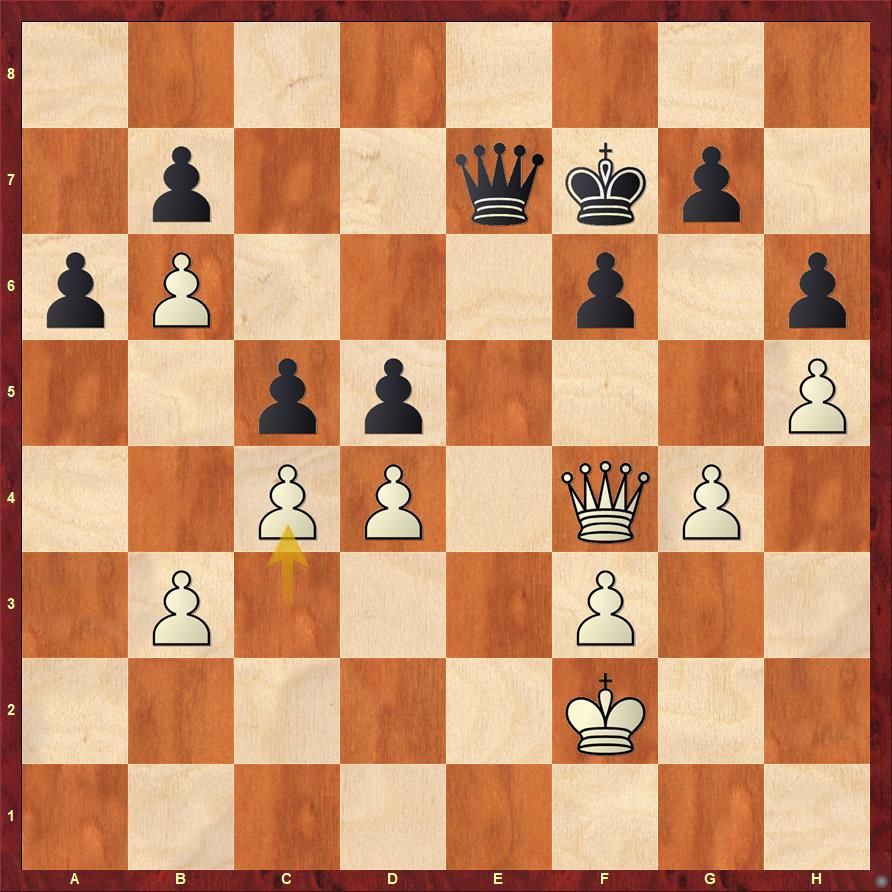 c4!! This is quite an anti-intuitive move. But once you look deeply, you will see that the c-pawn has to be pushed to c6, so that the b6 pawn can queen! 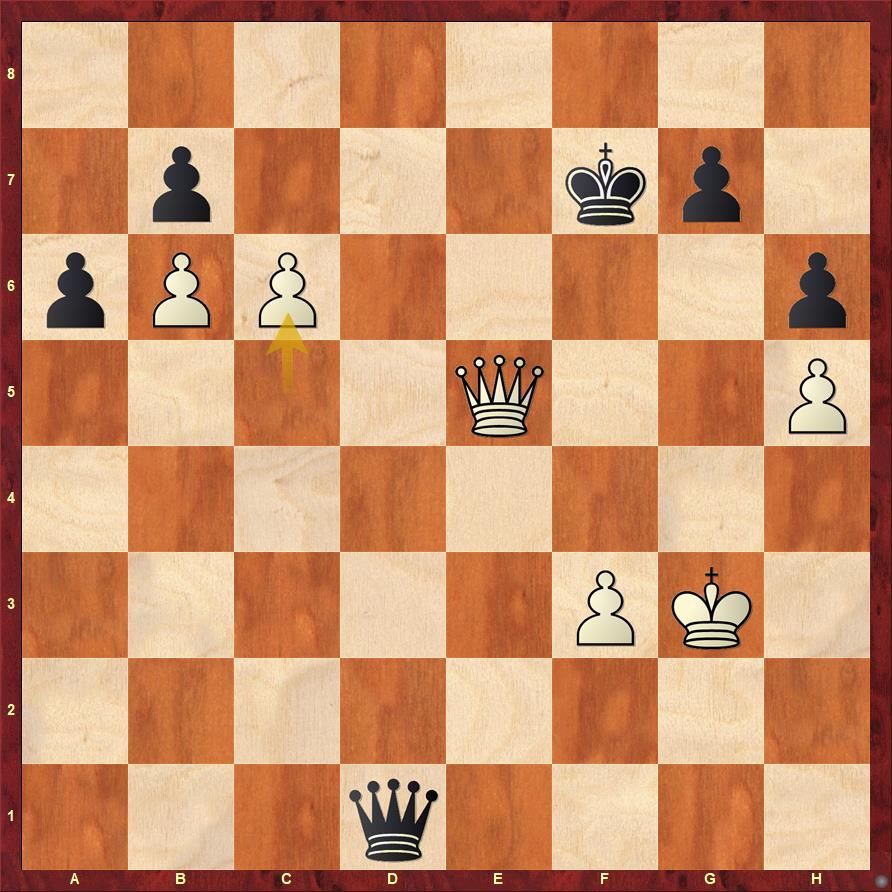 There is no way in which Black can prevent White from queening. Black resigned in a few moves. A tremendous technical achievement by Harikrishna

The fight for India no.2

On 14th of April, Vidit Gujrathi surpassed Hari on the live rating list to become India no.2 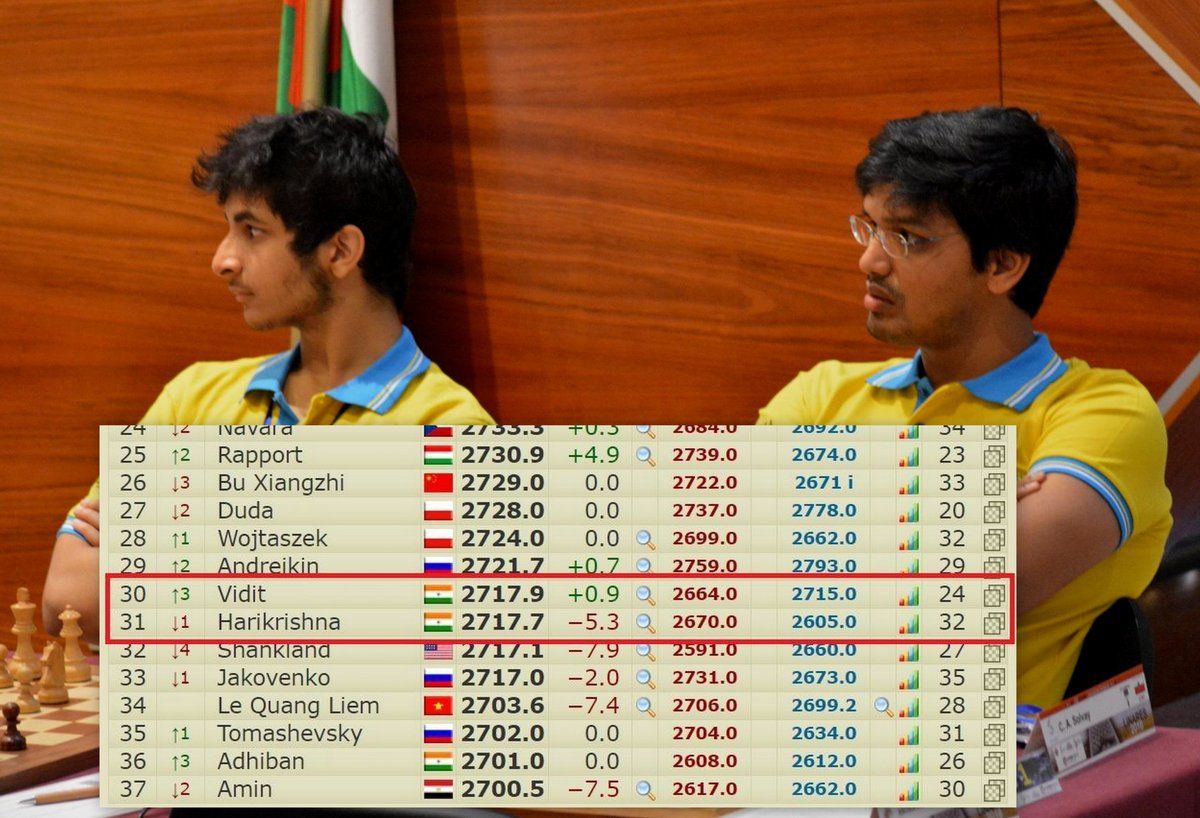 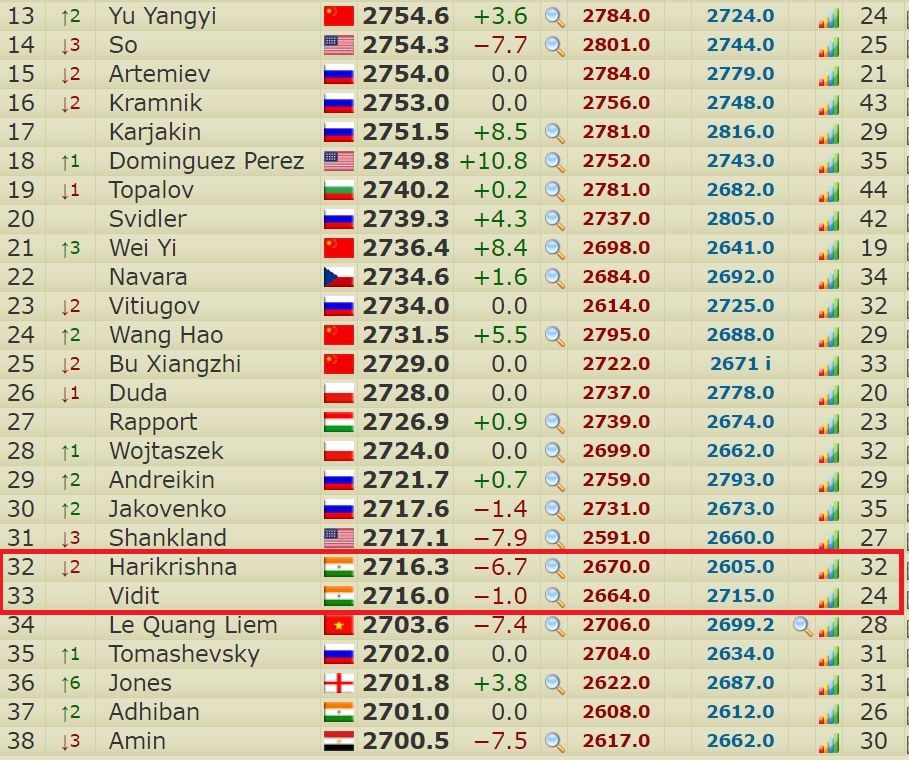 But on 19th of April, Hari claimed his number two spot back with his win over Rapport. Vidit drew his game against Michalik Peter and lost some Elo points at the Czech league

With both Vidit and Hari playing today, it promises to be an exciting fight for who will establish a clear lead as India no. 2!