Stranded in the Italian

Harikrishna has been having a hard time with the Italian (1.e4 e5 2.Nf3 Nc6 3.Bc4 Bc5) lately. This was the opening which led to his elimination from the FIDE World Cup 2019 and now this same opening played a role in Hari being knocked out from the FIDE Grand Prix leg in Hamburg. Hari had two different opponents in the event - Alekseenko at the World Cup 2019 and Svilder at the FIDE Grand Prix, but it was Alekseenko who played a role in the Grand Prix as well helping Svidler with a new idea in the Italian. In this article we analyze this game in depth and tell you where the Indian GM could have improved. Hari has now been ousted from both the FIDE Grand Prix legs (Riga and Hamburg) in the first round. He will now play in his last event in the series in Jerusalem in December.

Harikrishna knocked out of the Hamburg Grand Prix by Peter Svidler 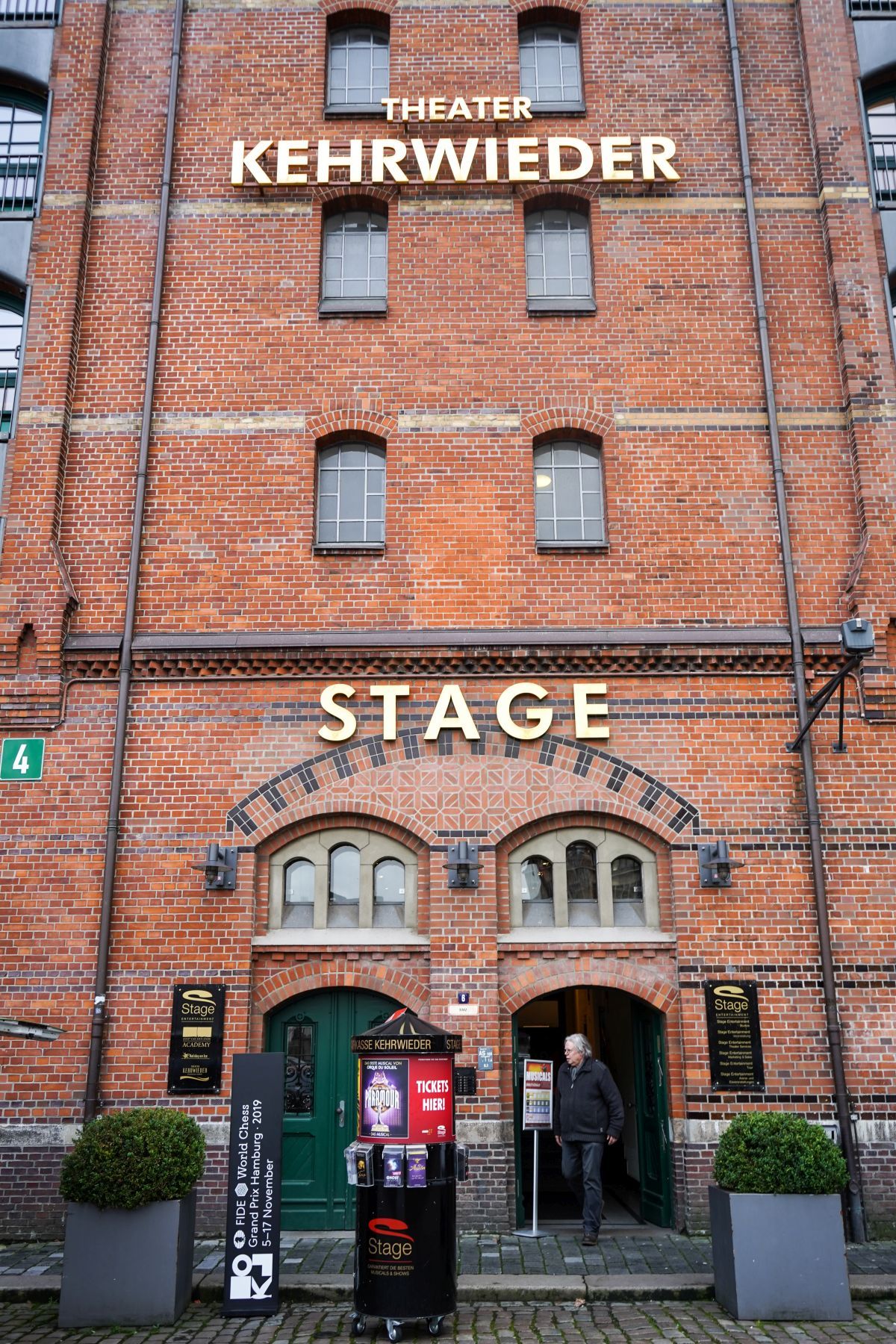 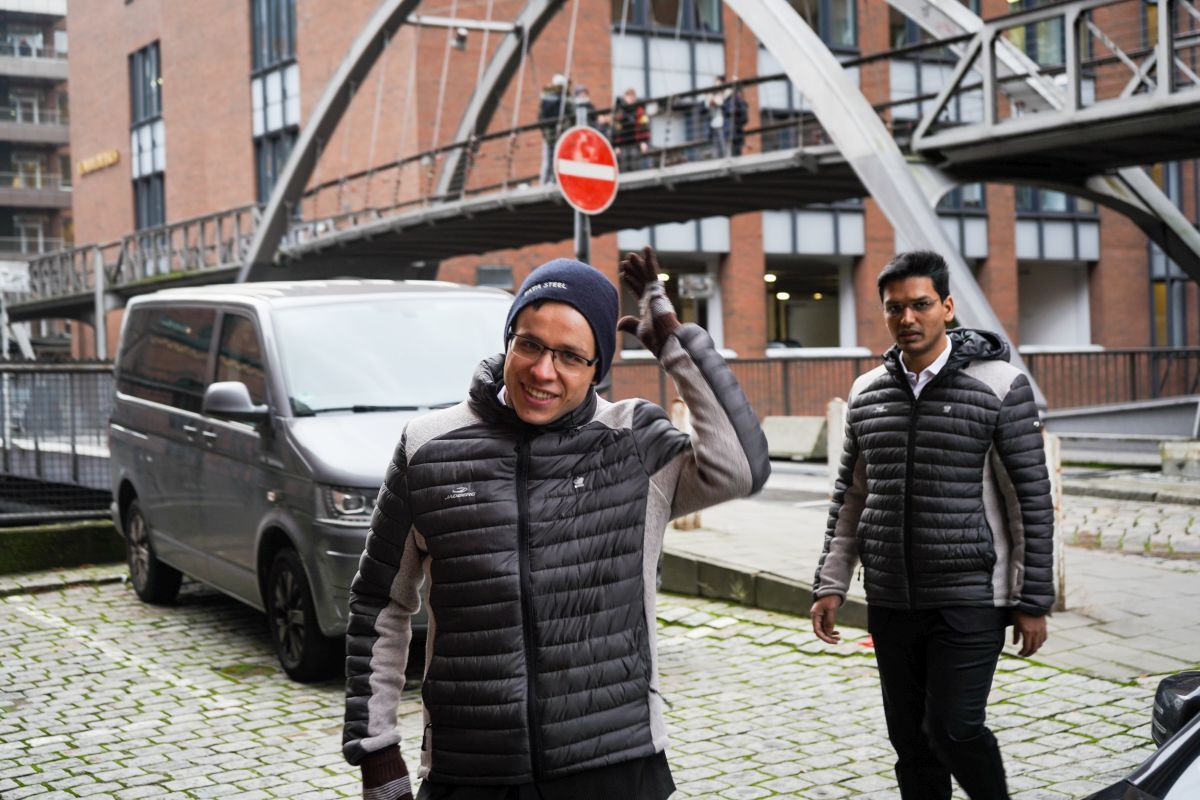 Harikrishna comes to the playing hall along with his friend David Navara | Photo: FIDE Grand Prix 2019 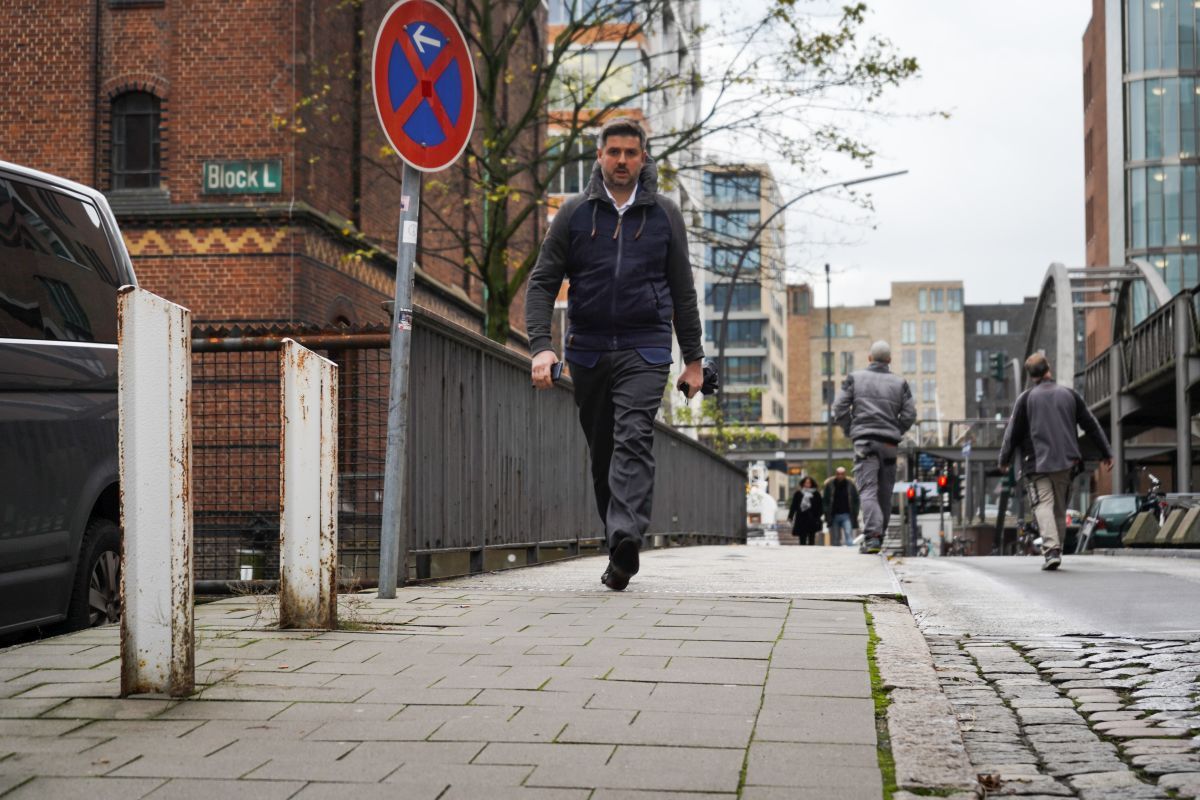 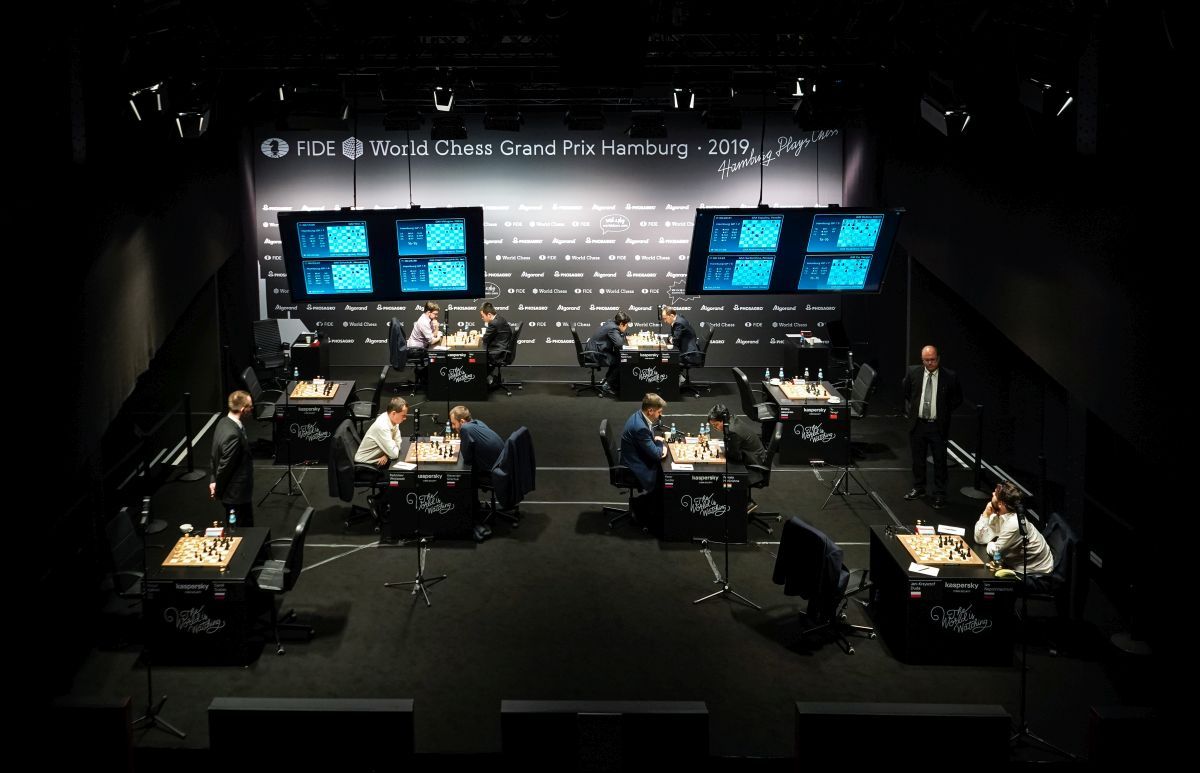 The setting of the playing hall | Photo: FIDE Grand Prix 2019

The FIDE Grand Prix has become quite exciting since they embraced the knockout format. In the first round Harikrishna was pitted against Peter Svidler. It was going to be a mini-match of two classical games. If the scores ended in 1-1 tie, then the match would move into rapid and subsequently into blitz if the tie wasn't resolved. 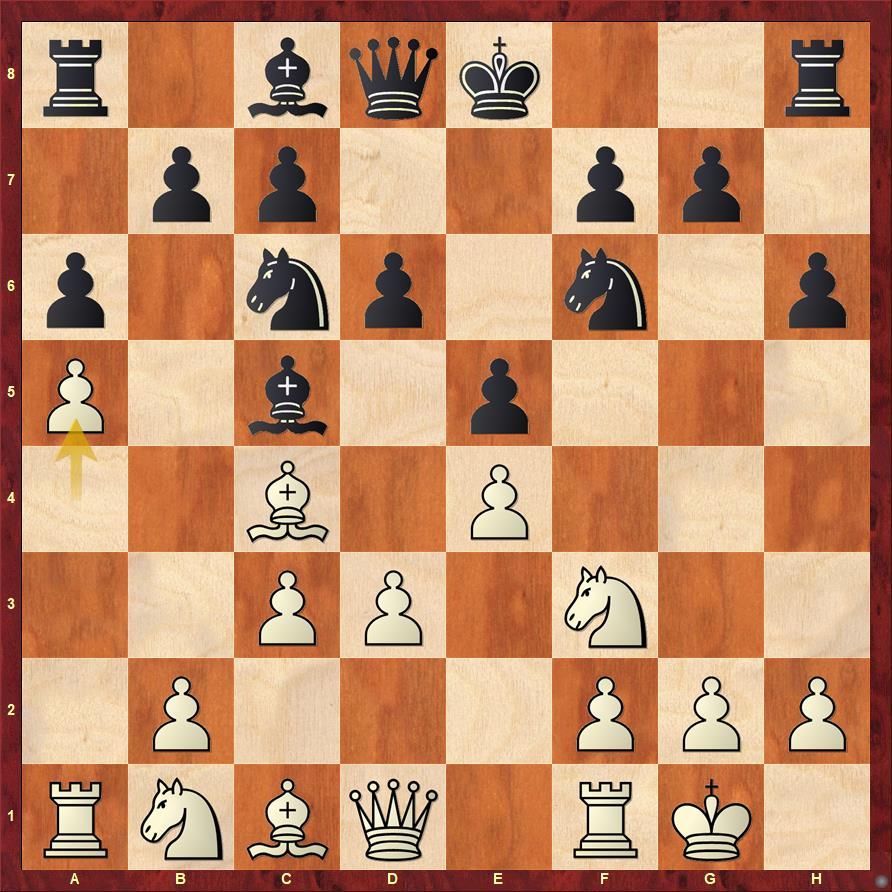 The move a4-a5 isn't played quite often here. Much more common are preparatory moves like h3 or Re1. While it doesn't change the character of the position in a big way, this is still a new idea that was tried by Svidler. 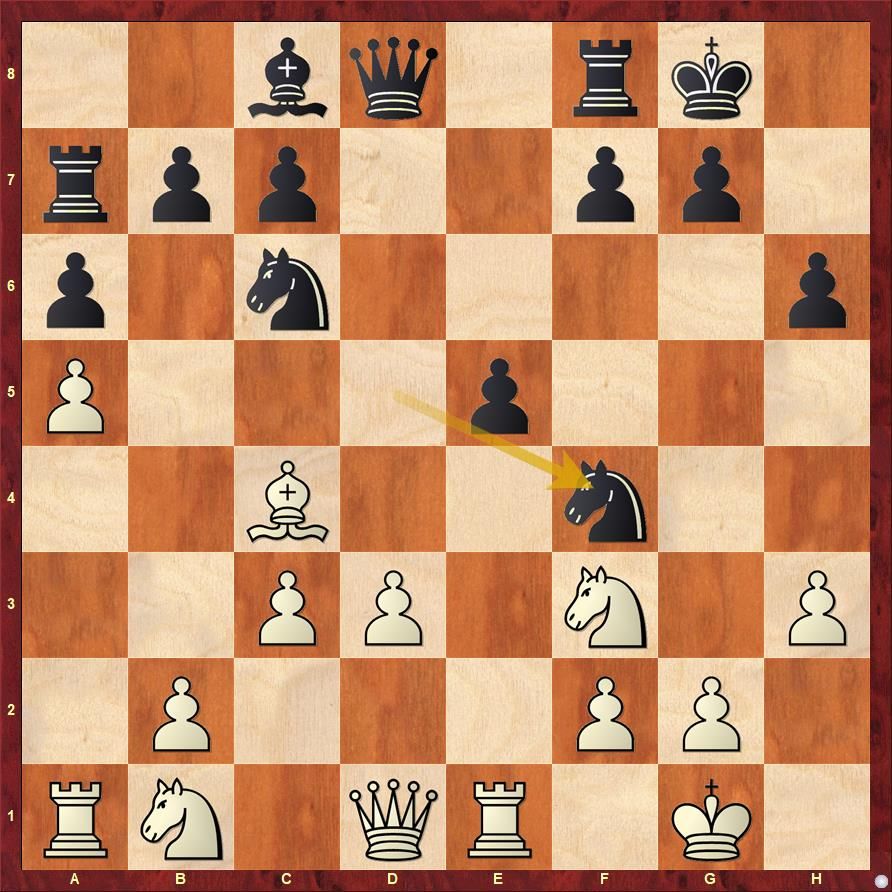 With Re1 the pawn on e5 is attacked, but Hari decided to defend it actively with Nf4!? In the game Peter went ahead and took the pawn on e5 with Nxe5 and Harikrishna reacted with ...Qg5!? attacking e5 and also threatening a mate on g2. The game became extremely complicated and the analysis of variations can be found below. 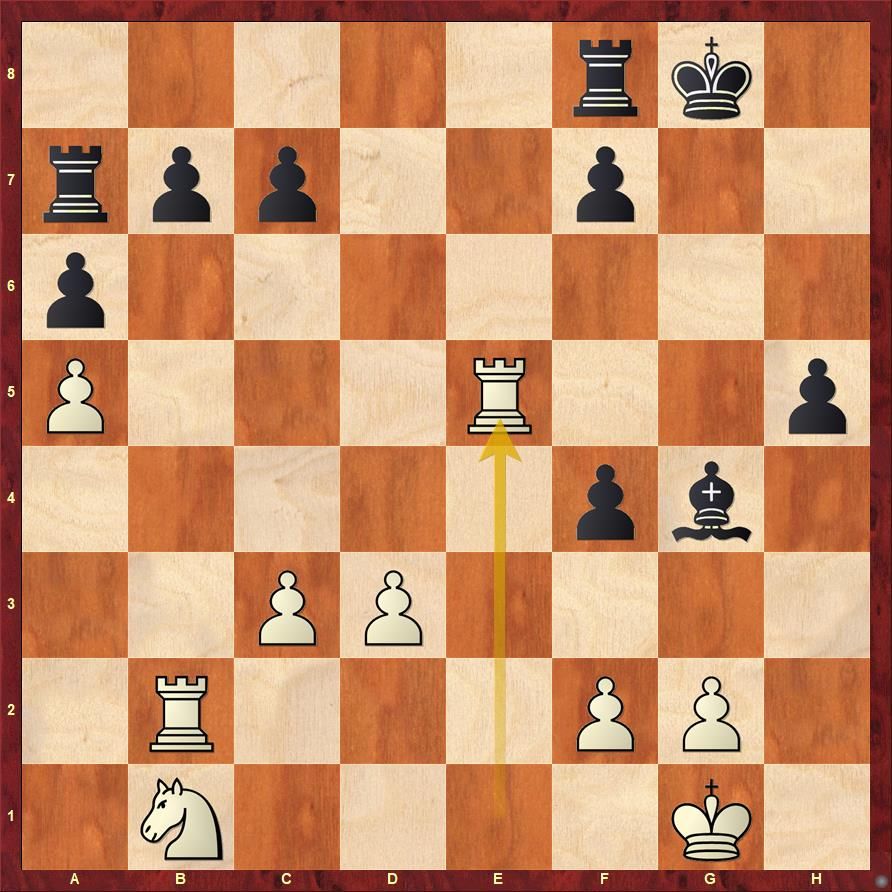 After the complications ended and the smoke had settled, this position was reached. Who do you think is better and what should Black play here?

Trying to put the imbalances method of Silman to work we realize:

1. White has a knight which is currently passive as compared to the bishop. Black should feel good about it.

3. Black's pawns are quite weak especially the ones on b7 and h5.

4. White rooks are quite active as compared to black's.

After this assessment you realize that Black should either try to get rid of his weaknesses or activate his rook. Harikrishna did the latter with ...Rd8. But it would have been much better if he had got rid of the b7 weakness with the move ...b5!? (or even b6!?). The idea is that axb6 is met with ...Rb7 and Black has not only managed to get rid of the b7 weakness, but also activated his a7 rook. 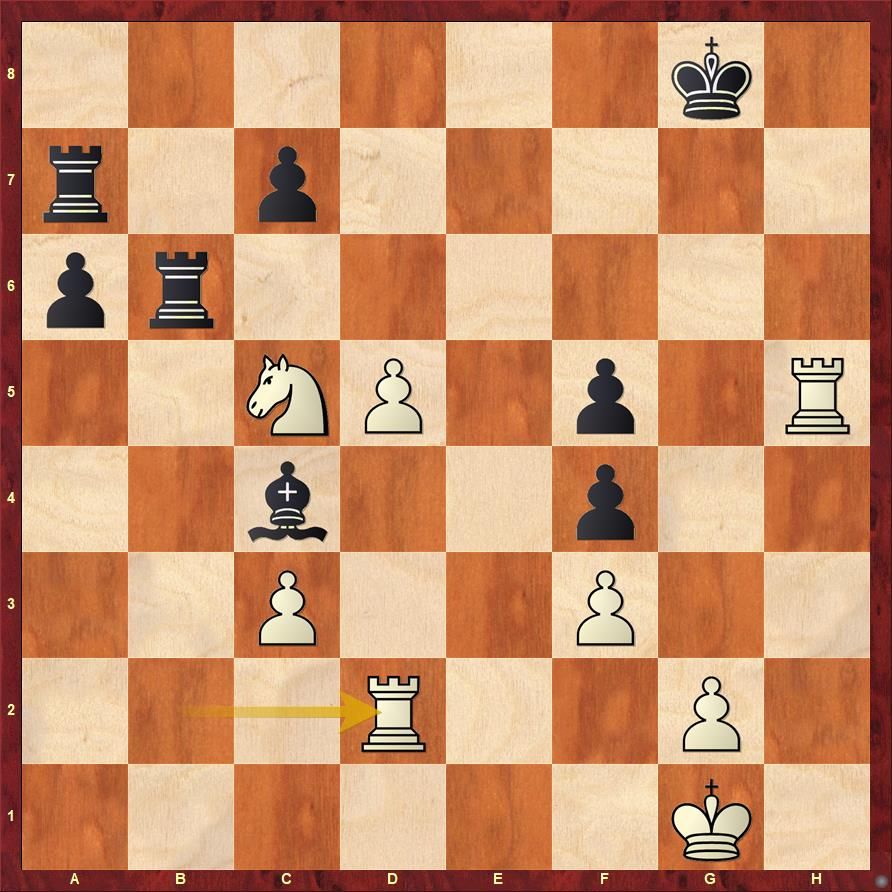 The position became really sharp and interesting at this point. Harikrishna replied with ...Rd6. However, it was interesting to see as to what was happening to ...a5! This is a natural move when you have the rook on a7 powering your pawn to move ahead. An interesting line would go Rd4 a4 Rg5+ and now Black has two places to go to h7 and f7. Both of them lead to an advantage for White. But the lines are very sharp and White has to resourcefully use his two rooks and a knight to weave mating nets around Black's king. Perhaps Hari should have gone for this, because what he did in the game let Svidler win without too many difficulties. 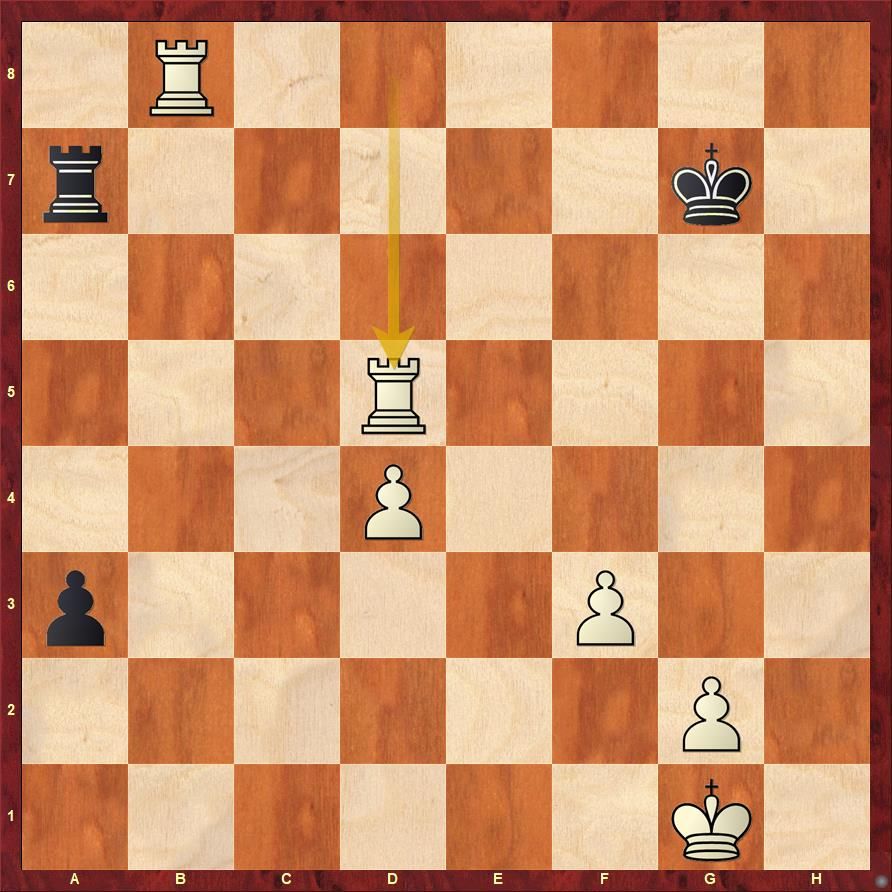 This is where Harikrishna resigned. Do you see why ...a2 doesn't work here?

Peter Svidler thanked his colleague Kirill Alekseenko for showing him the line he used in the game. 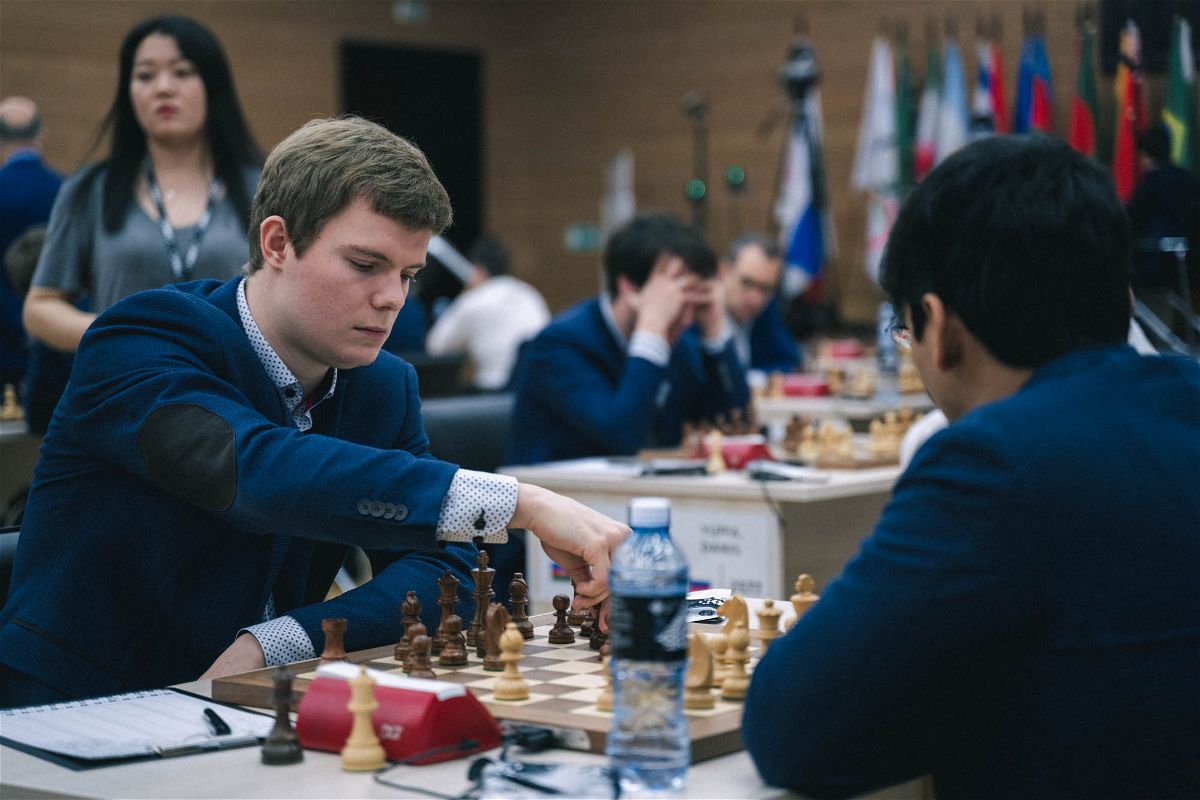 That's Alekseenko who beat Harikrishna in the World Cup 2019 and also played a role in ousting him from the Hamburg leg of FIDE Grand Prix | Photo: World Cup 2019

Here's the game of Alekseenko vs Harikrishna that was annotated on ChessBase India from the World Cup 2019: 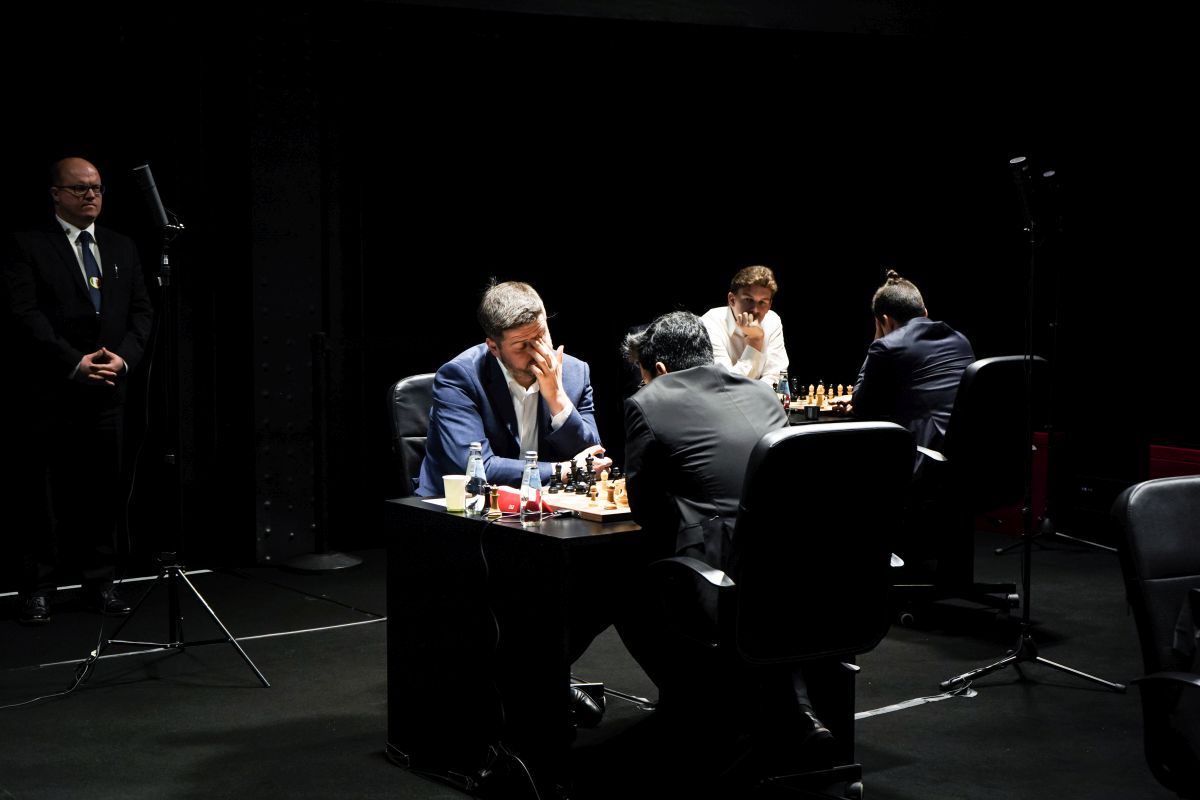 Harikrishna has now played two out of the three legs of the FIDE Grand Prix series that have taken place. He lost in round one in Riga against Wesley So and in round one of Hamburg to Peter Svidler. The final event for Hari would be at Jerusalem from 11th to 23rd of December. It seems quite difficult that his cumulative points from these three events will help him finish among the top two players of the FIDE Grand Prix series 2019. The top two players qualify for the Candidates 2019. However, it would be nice to see Harikrishna playing some of his best chess that he has been showing for the better half of 2019.

Products on the Italian in the ChessBase India shop:

Italian is an opening that is quite complex to understand. White often makes a lot of preparatory moves like Re1, h3, Bb3, and so does Black with ..a6, Ba7, Re8, h6 etc. It seems like this is a slowly building up struggle, but when one side goes wrong, all of a sudden the position opens up and the play becomes very concrete. In order to make your task of understanding this opening easier, we show you all the products that we have in the ChessBase India shop related to this opening. Based on your preference of book or a video, white side or black side, you can make your choice!

Herman Grooten writes about the structures that arise in the Ruy Lopez and the Italian:

Karsten Mueller and Georgios Souleidis speak about the Italian from white:

Wesley So gives his recommendation for Black to fight the Italian:

Nepomniachtchi was one of the participants in the Hamburg leg of the FIDE Grand Prix 2019. He lost his round one match to Jan-Krzysztof Duda. After his match he tweeted:

Hamburg Grand Prix organisation recipe from @theworldchess : choose the most expensive and nice hotel and the most cheap and unsuitable playing venue. At least I rejoice I shouldn't go there anymore. Good luck to remaining players :) #GrandPrixFIDE #chess

This reply by World Chess wasn't taken too well by Nepo, who replied:

Fortunately, I'm not your bro, Mr. Golden Standard of pathetic organisation. You should be put to the weights and measures department.

You can read through the comments where people have supported Ian Nepomniactchi and have been very critical about World Chess's reply.