Vidit Gujrathi scored his second consecutive victory at FIDE Belgrade Grand Prix 2022. Vladimir Fedoseev's tactical error cost him an exchange. Later, Vidit found a beautiful move to secure his win. He is now a full point ahead of the field in Pool B. Harikrishna was unable to seize his advantage in a completely winning position against Tabatabaei. Anish Giri is playing some of his best chess as he also scored his second win with another sacrifice. Vidit will face Richard Rapport in Round 3. The Hungary no.1 started the event with two consecutive draws. Round 3 of Pool stage starts today at 6:30 p.m. IST. Photo: Mark Livshitz/FIDE

Vidit's good friend Anish Giri leads Pool B in the exact same fashion, by a full point ahead of the field. Round 2 of Belgrade GP 2022 had three decisive games and White won in all of them. 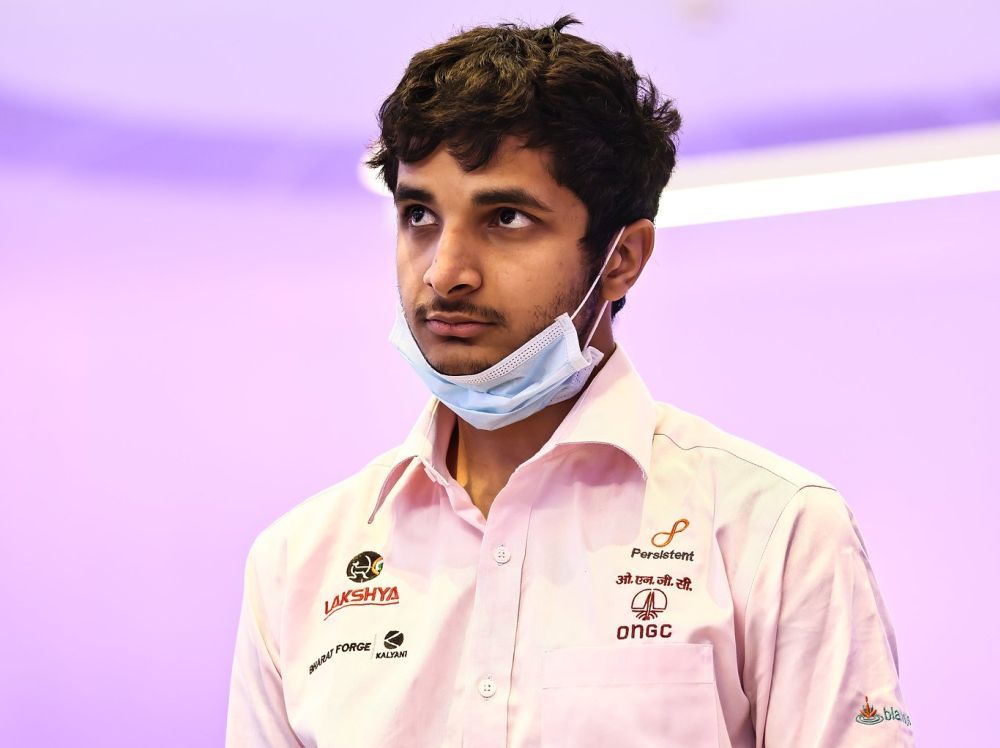 Vladimir Fedoseev made a simple tactical error which cost him an exchange. However, that was not the most interesting aspect of Vidit Gujrathi's win. 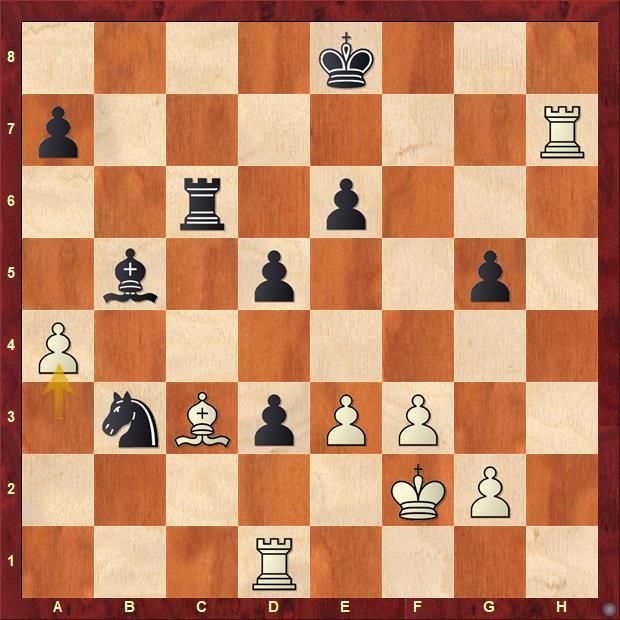 The most beautiful move of the game played was 42.a4. Although White was already winning, yet 42.a4 was necessary for White to ensure Black cannot make a comeback. Vidit found it and scored his second consecutive move. 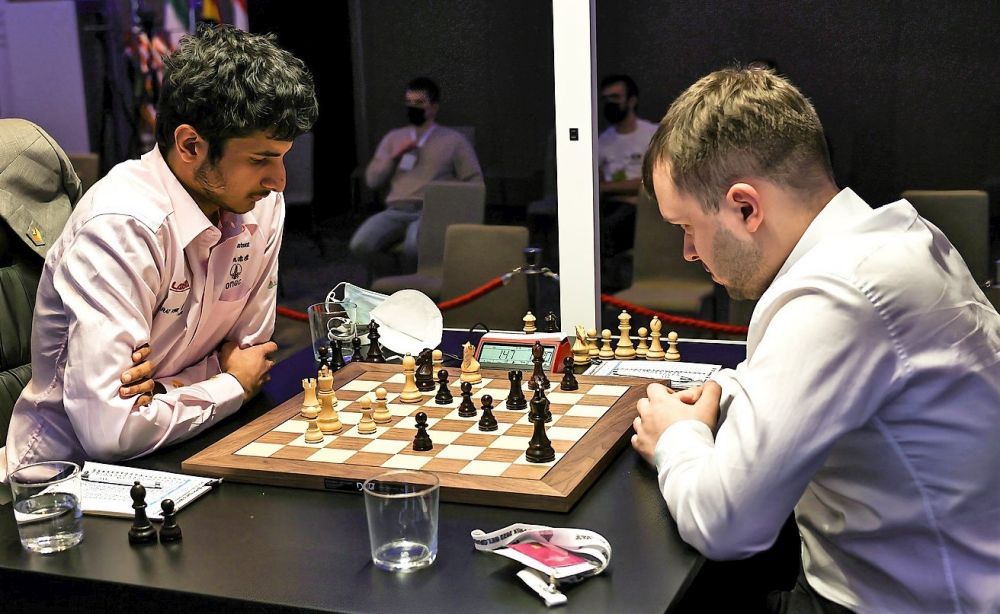 Vidit got the better of Fedoseev | Photo: Mark Livshitz/FIDE

Harikrishna was completely winning against Tabatabaei. However, he was unable to capitalize on his opportunity. 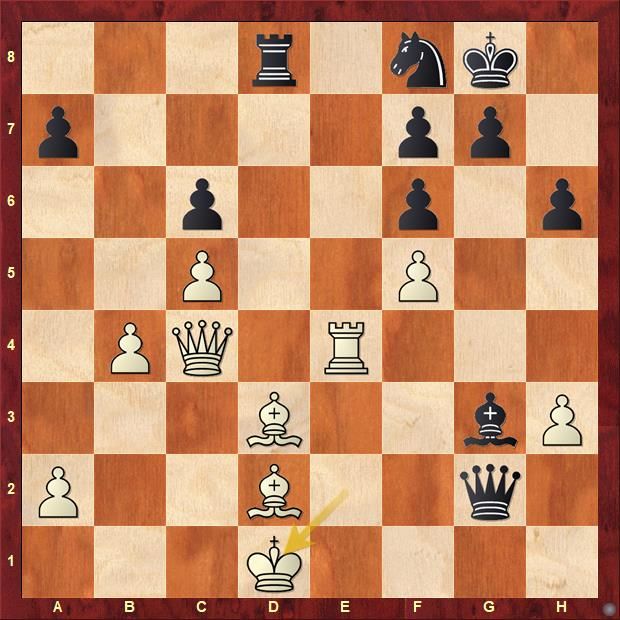 Find out the winning continuation for Black after 29.Kd1. 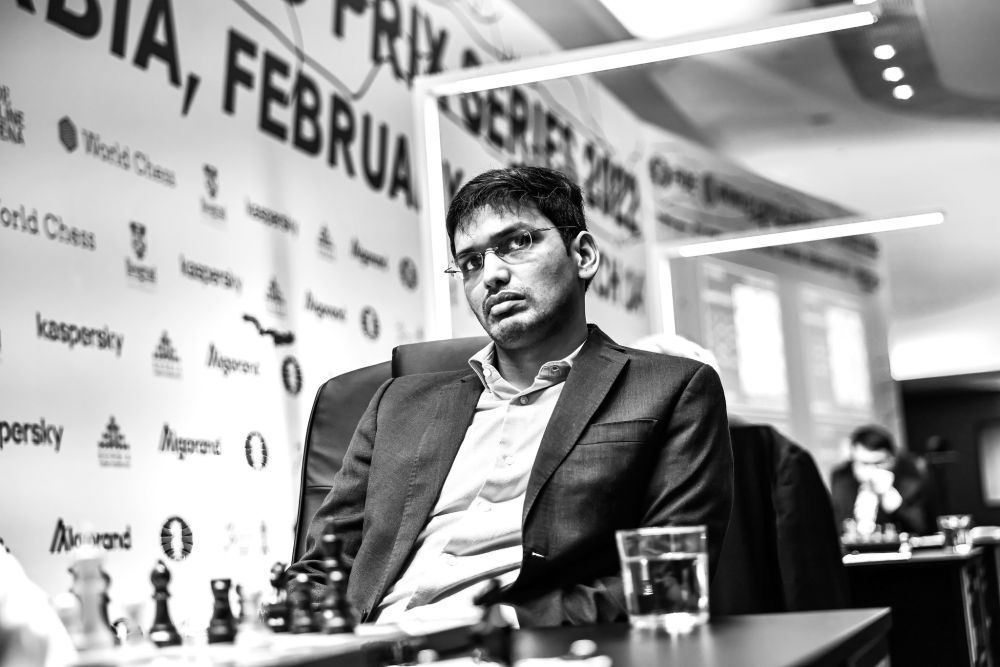 Anish Giri continues to play ambitiously. He sacrificed his bishop to gain initiative against Nikita Vitiugov. 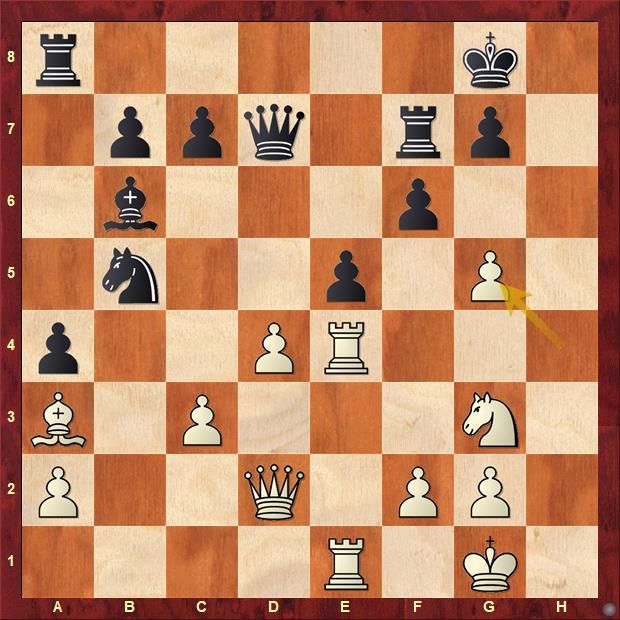 24.hxg5 is not immediately winning for White. The intention of playing g6 is quite obvious. Thus, Black took on g5 first 24...hxg5 25.Qxg5 Nxa3 26.Rh4. Vitiugov was unable to defend correctly and resigned the game in another six moves. 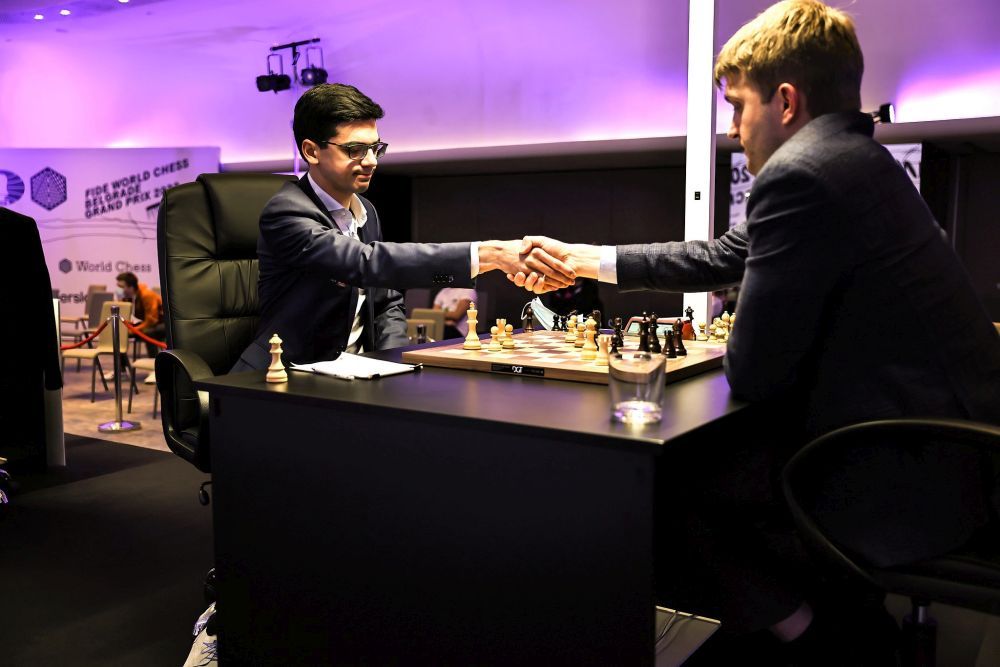 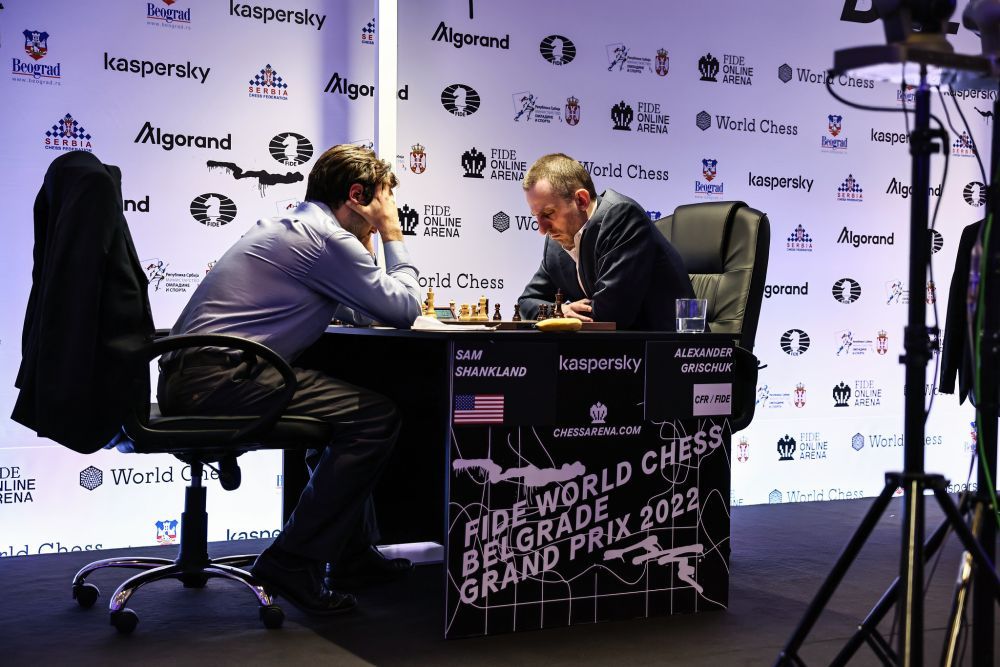 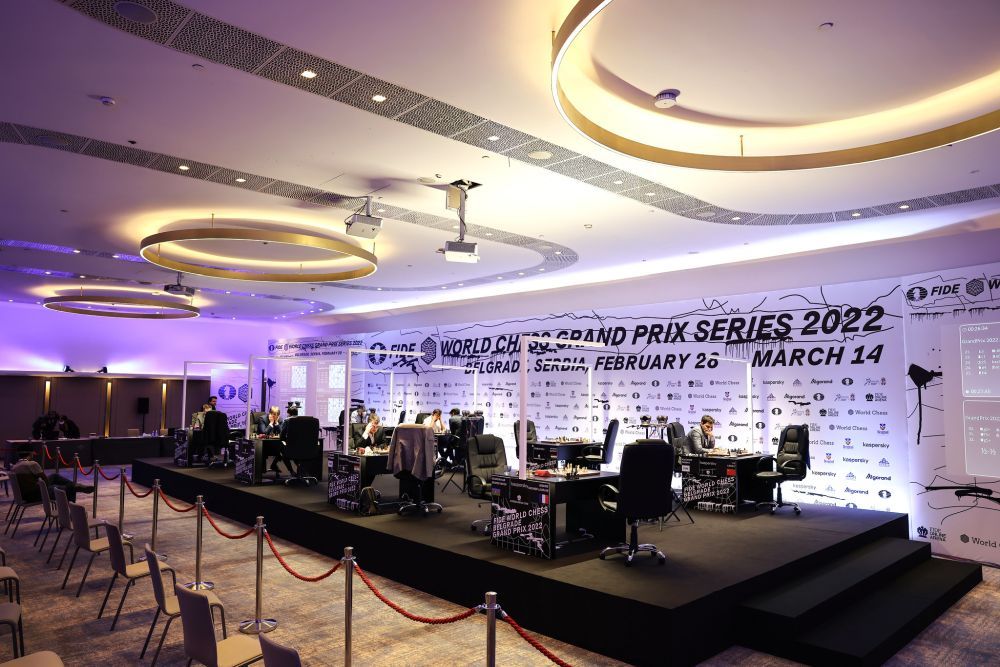 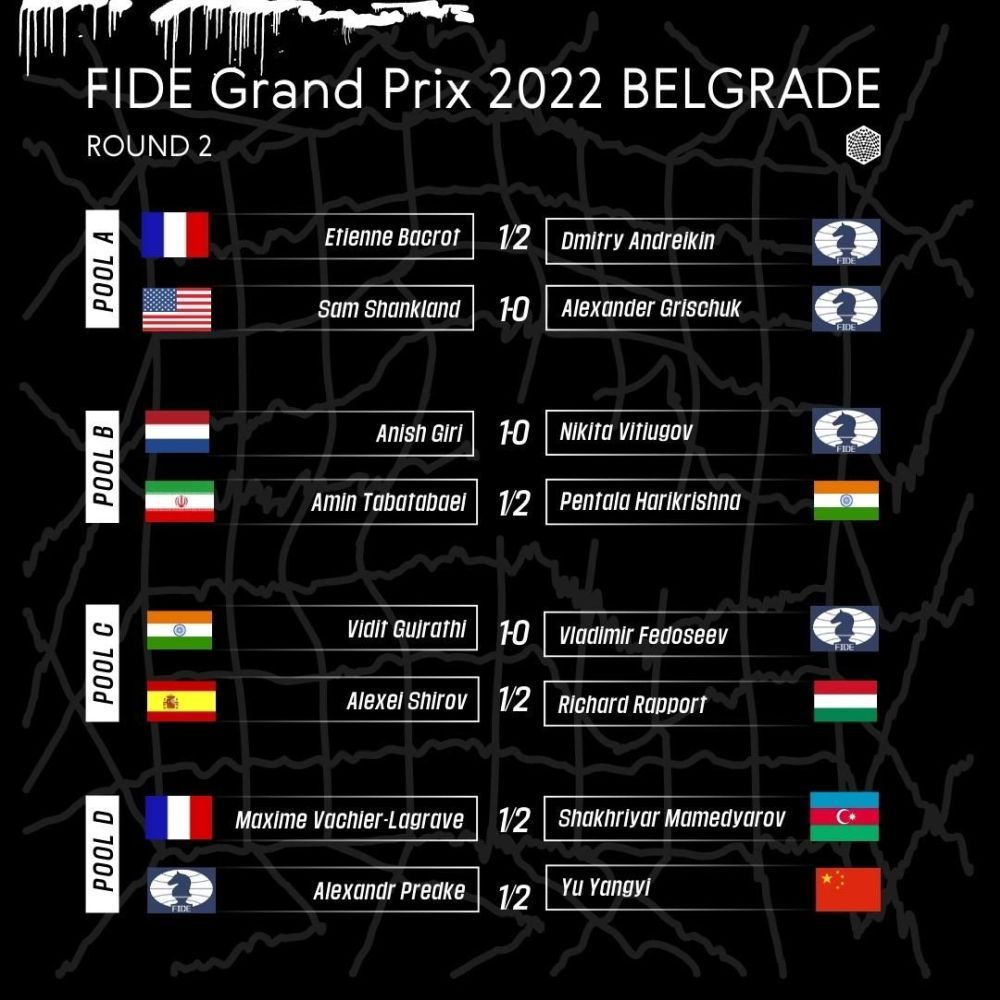 Pool A, B and C had a decisive game each | Photo: FIDE