GM Diptayan Ghosh brought IM Sammed Jaykumar Shete's fantastic momentum to a screeching halt in the final round to win 2nd Dombivli Kalyan Rapid Rating Open. Sammed was 8.0/8 heading into the final round, Diptayan was at 7.5/8. A last round win allowed Diptayan to become clear champion. Four players - IM Sammed Jaykumar Shete, IM Himal Gusain, FM Suyog Wagh and Aniruddha Potawad scored 8.0/9. They were placed second to fifth respectively according to tie-breaks. Diptayan won ₹30000 cash, Sammed got ₹20000 and Himal ₹15000. All three of them won a trophy each. Total cash prize ₹200000 and 95 trophies were given as prizes. Check out Diptayan's analysus of his final round win.

It was good to play after a long time, almost after two years. Even though it was a one-day event, but still... - GM Diptayan Ghosh on winning 2nd Dombivli Rapid Rating Open 2021. His last over-the-board tournament was National Senior Open which ended on the exact same day 19th December 2019. His win against Sammed in the final round was his favorite game from the event. Sammed was having an eight game win streak, 8.0/8 before he faced Diptayan. 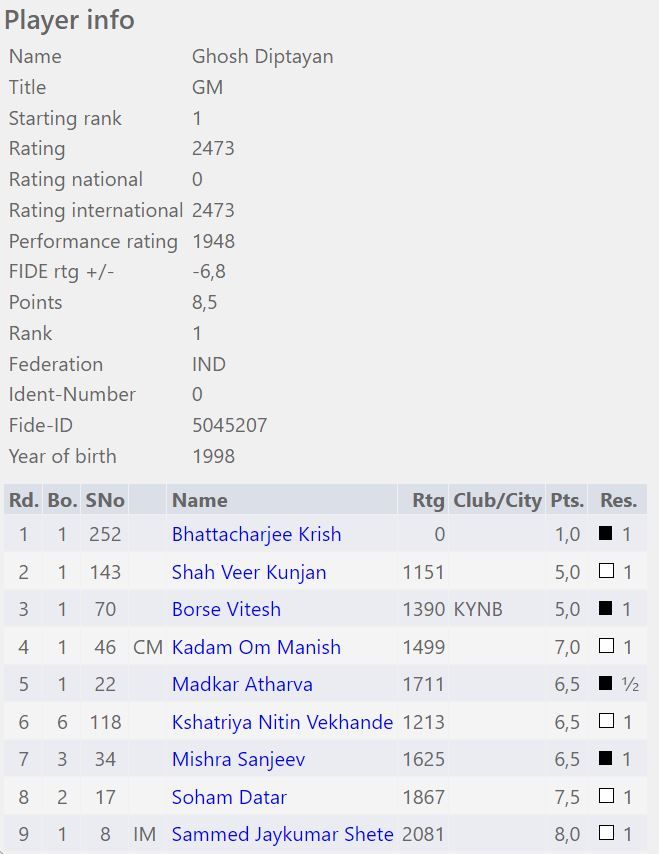 Diptayan scored an unbeaten 8.5/9 to win the tournament 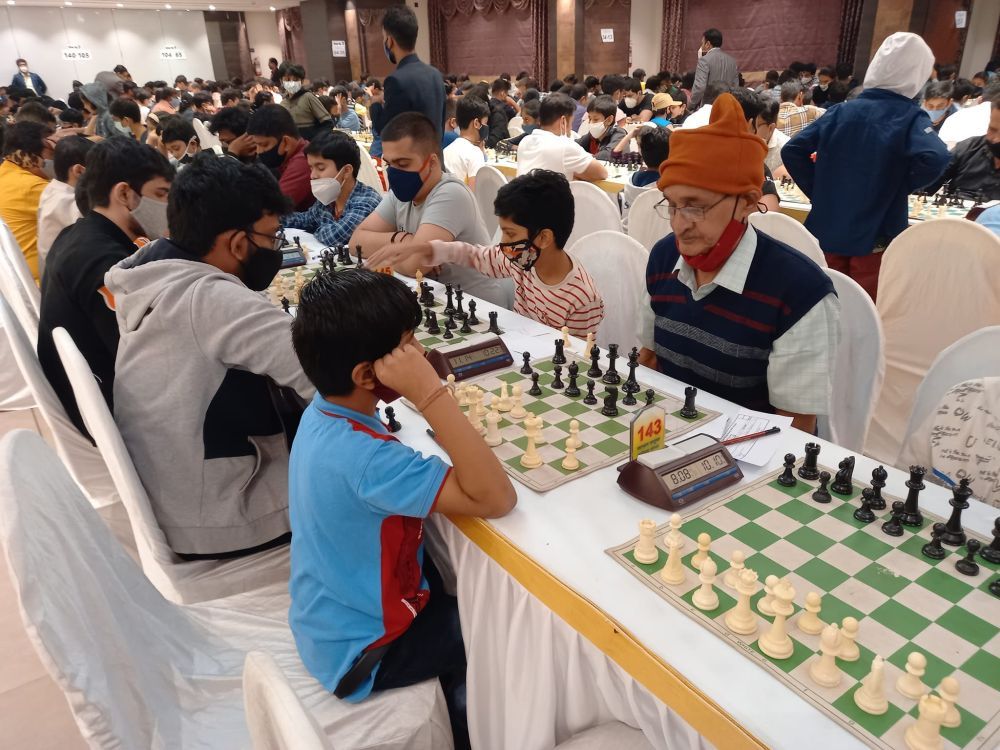 Total 95 trophies were distributed among the prize winners | Photo:Mohit Ladhe

The tournament was organized by Anant Vaze Sangeet, Kala and Krida Pratishthan & Aryan Institute of Chess Excellence on 19th December 2021 at Kalyan, Maharashtra. A total of 491 players including a GM and six IMs took part in the nine-round Swiss league Rapid Rating tournament which had a time control of 10 minutes + 10 seconds increment.