GM Diptayan Ghosh wins New Year Open 2019 at Outram Club in Kolkata by scoring 7.0/8, finishing a half point ahead of the pack of four players. 13-year old Arya Bhakta was the surprise of the tournament as he defeated IM Suvrajit Saha, GM Neelotpal Das and drew with IM Somak Palit in the penultimate round to secure 2nd position due to a better tie-break score. Another untitled player, Arindam Mukherjee secured 3rd position by scoring also 6.5/8. He scored a fine win over FM Mitrabha Guha in round 5. Former National Rapid Champion GM Neelotpal Das who was one of the Chief Guests last year, participated in this edition and secured 6th position. Photo: Shahid Ahmed

Diptayan dominates despite starting with a draw 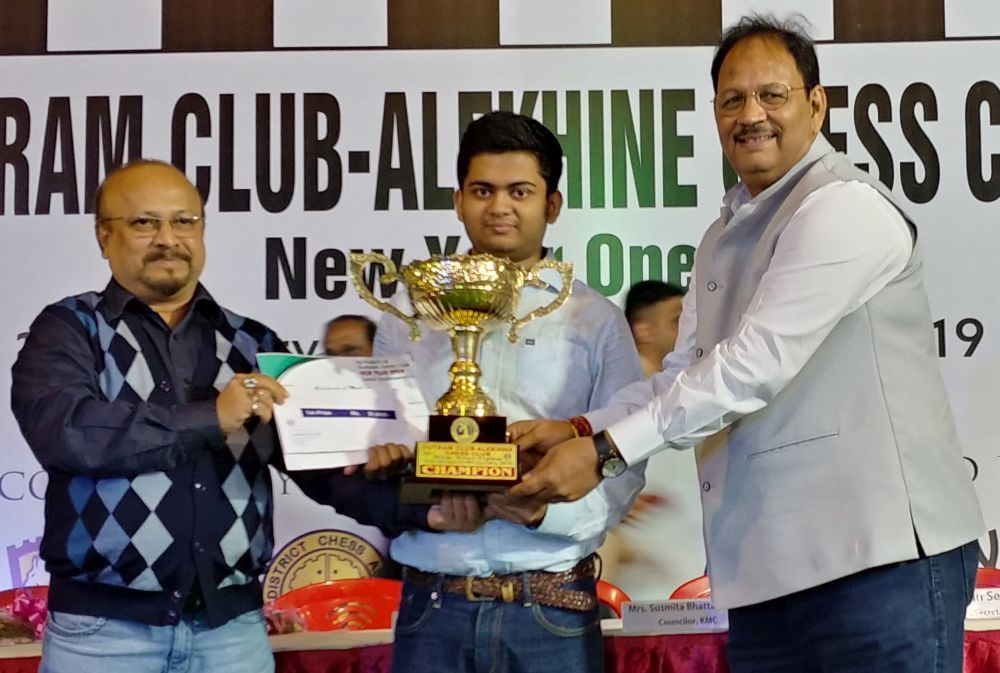 Top seed of the tournament Diptayan had a rocky start as he was held by 14-year old Sourath Biswas to a draw in the first round. 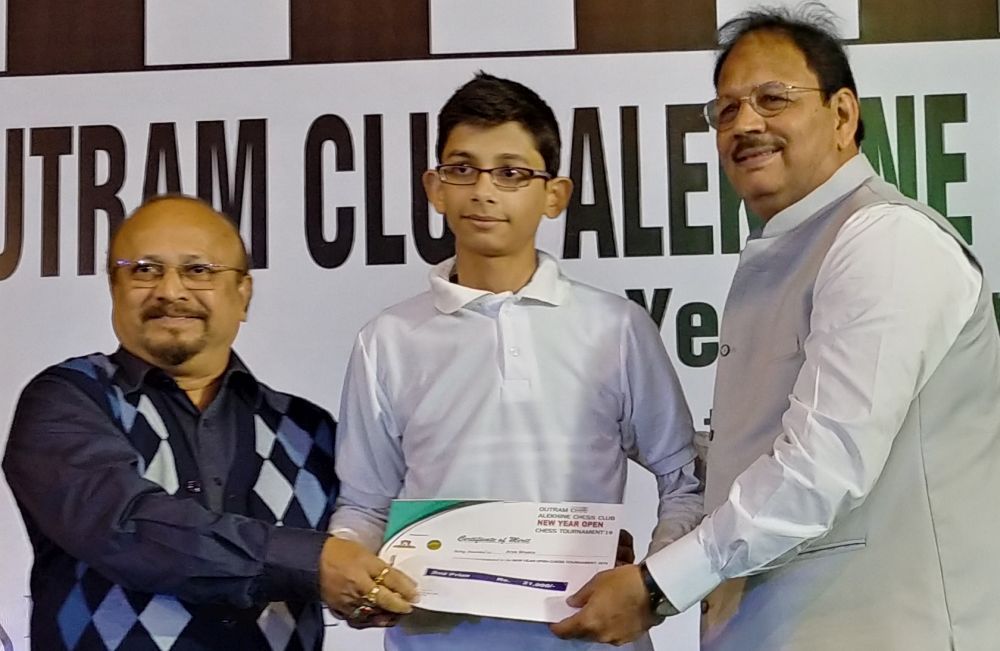 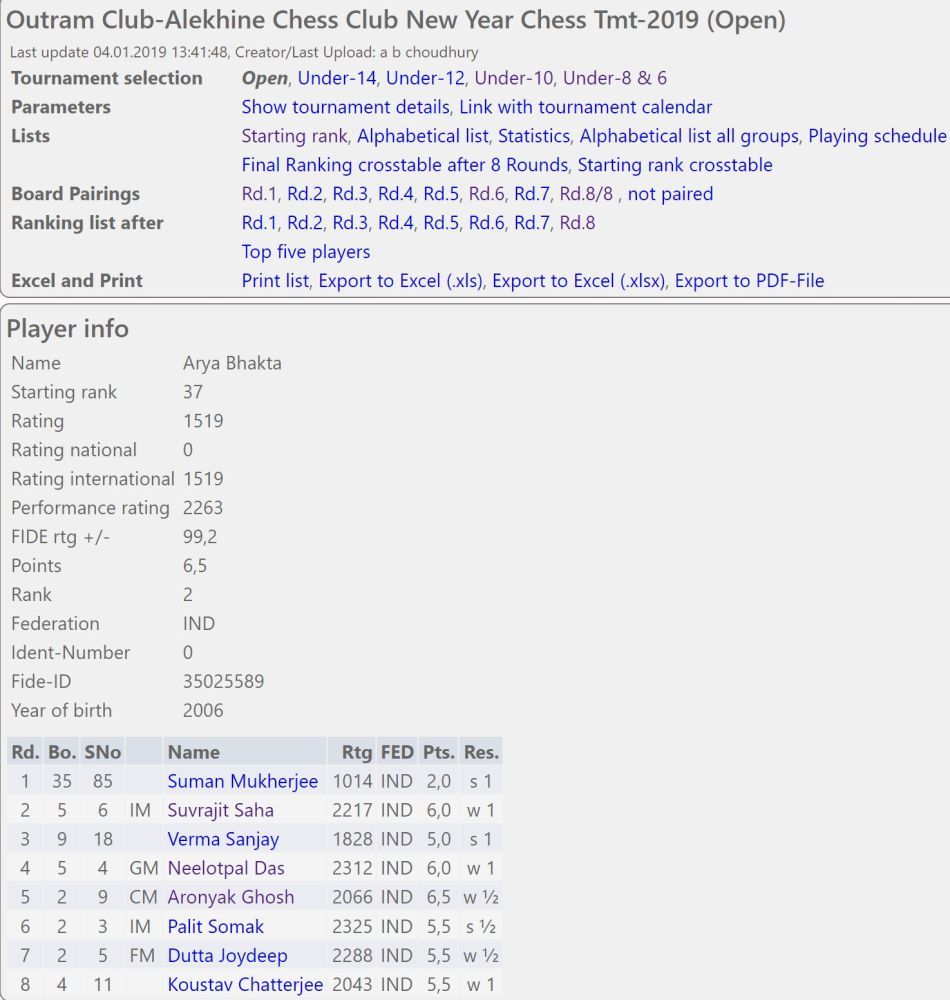 Having a victory over IM Suvrajit Saha, GM Neelotpal Das and a draw with IM Somak Palit surely speaks volumes about the boy's unbeaten performance
Despite being under time pressure, Arya kept his cool and plays with ease | Video: Shahid Ahmed 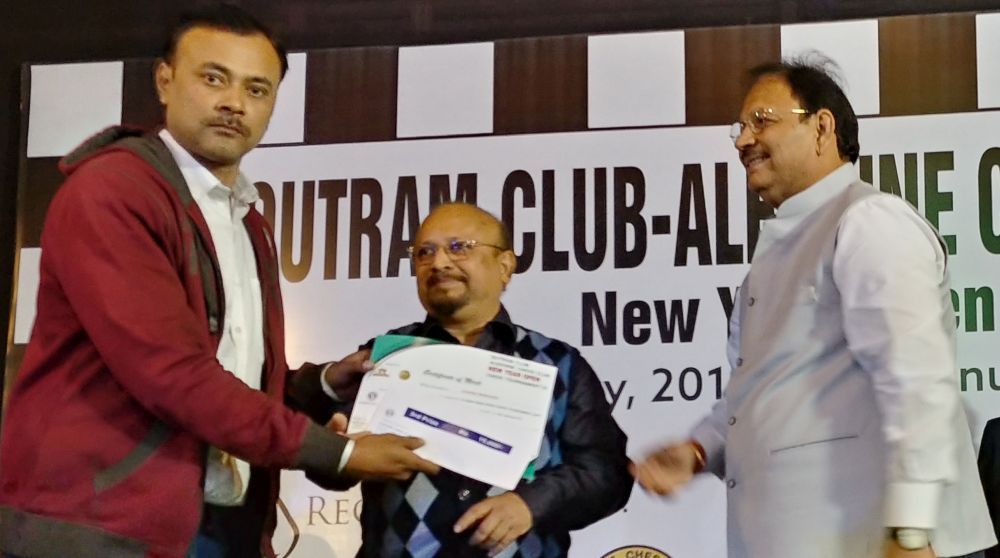 Arindam had luck on his side from round 2 as he defeated Bristy Mukherjee in an equal Opposite Color Bishop endgame.

Arindam's perseverance paid off as his opponent blundered and he got a full point | Video: Shahid Ahmed 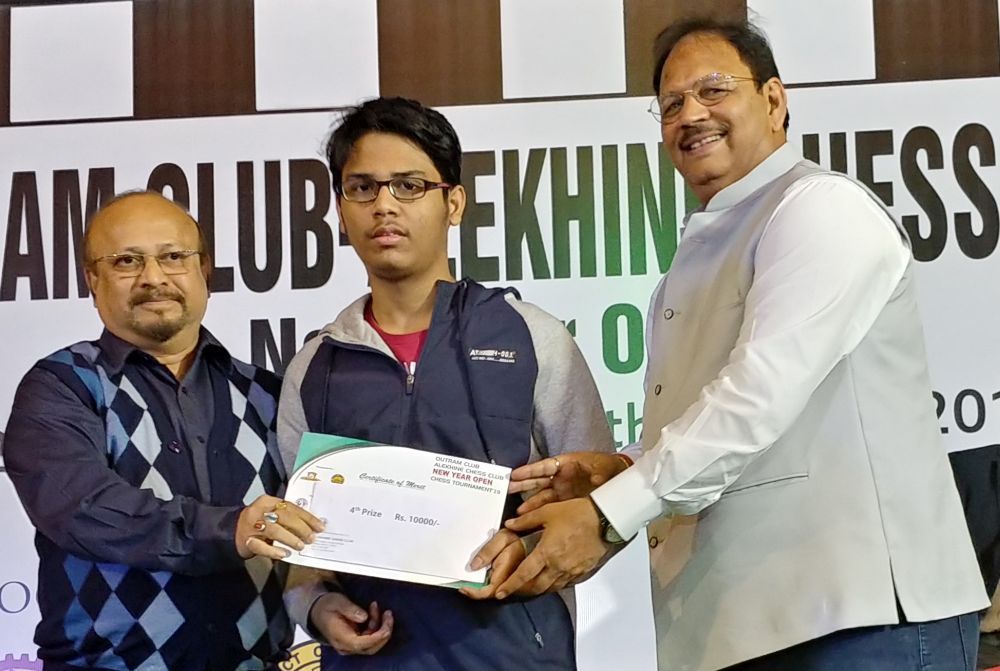 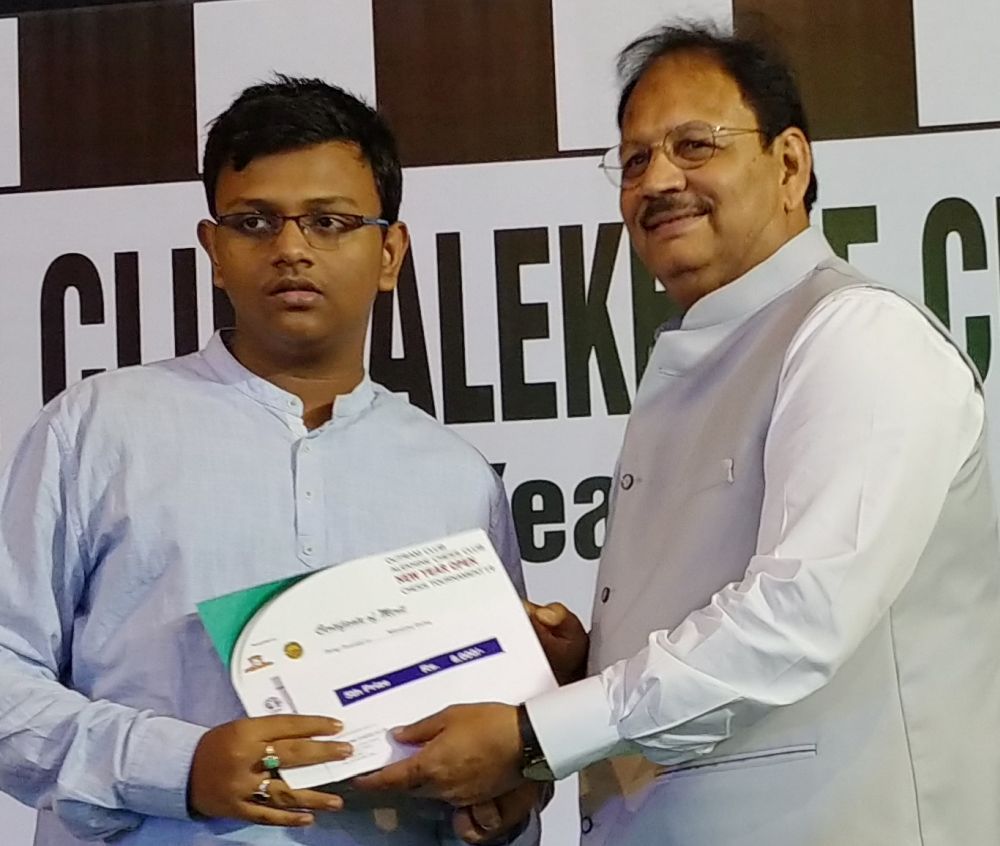 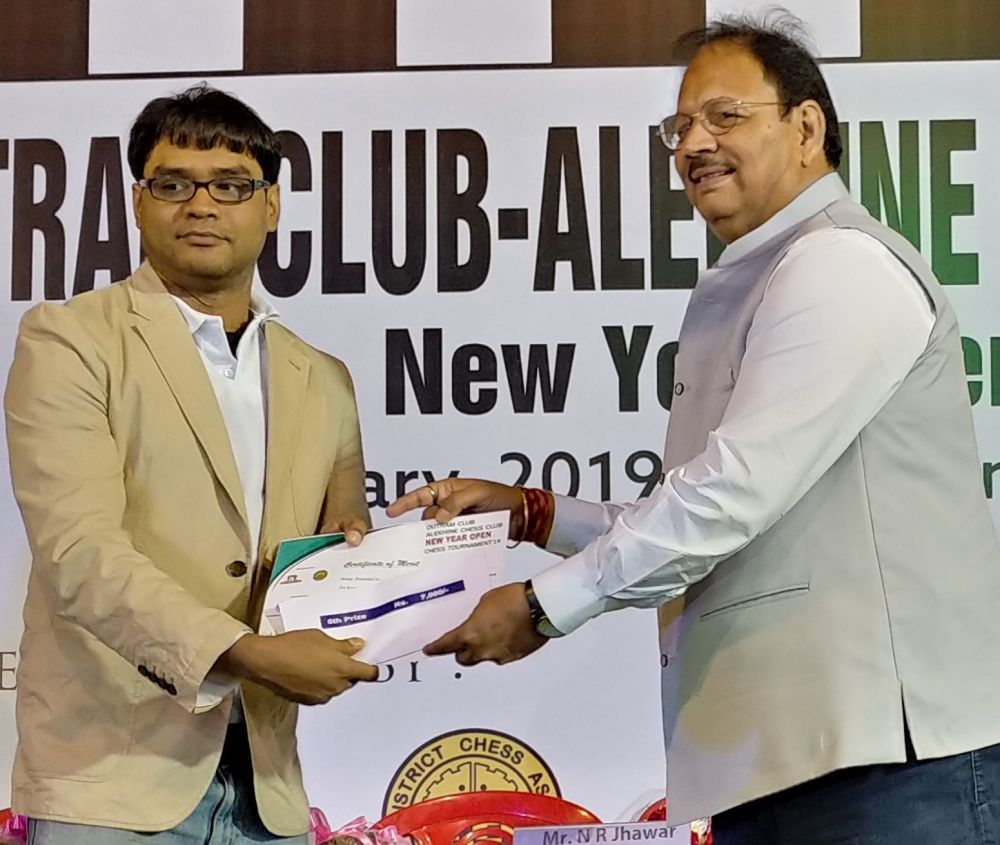 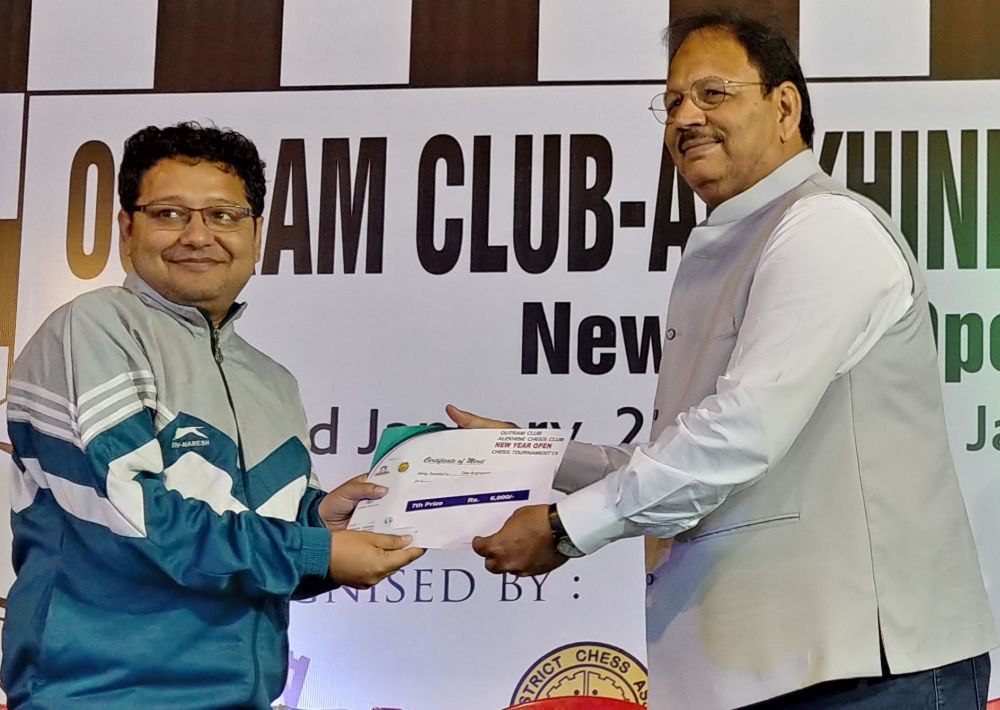 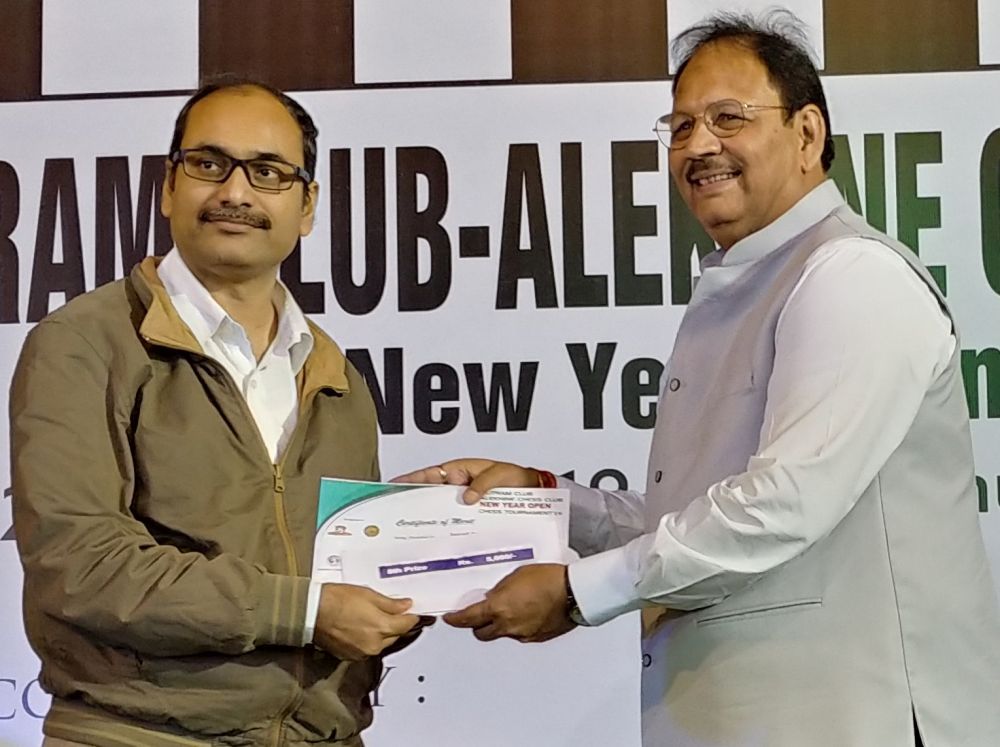 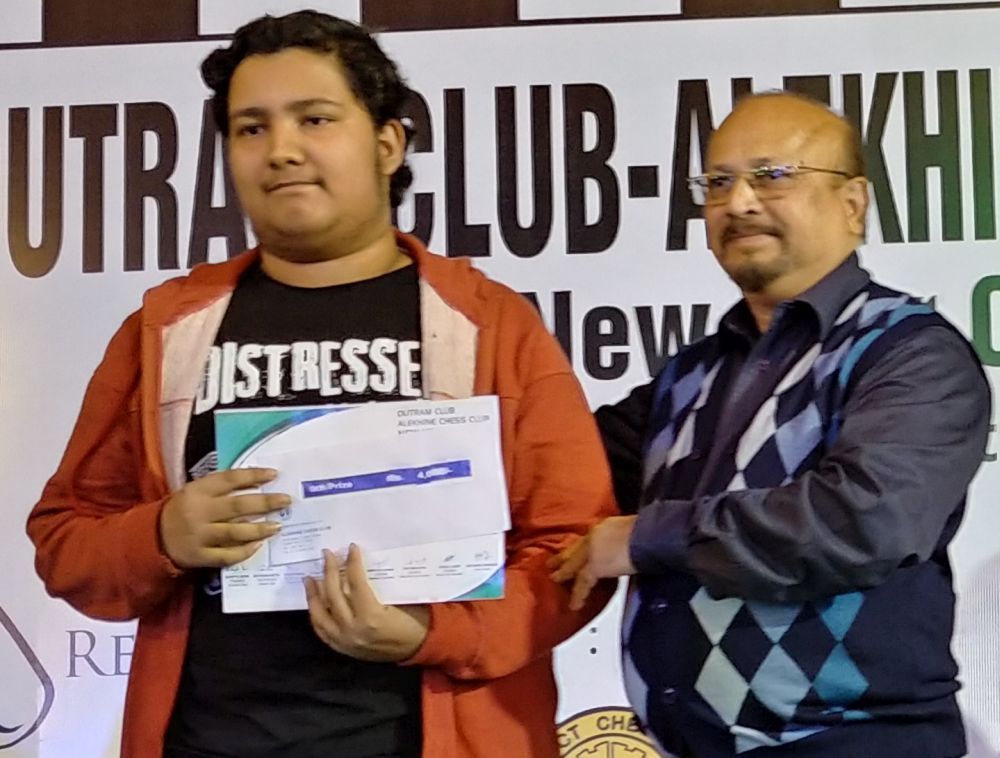 Despite making a strong start and leading at the end of round 5, a loss against the eventual champion and 2nd runner-up in round 6 and 8 respectively cost him dearly. Koustav secured 9th position and he got ₹4000 cash | Photo: Shahid Ahmed 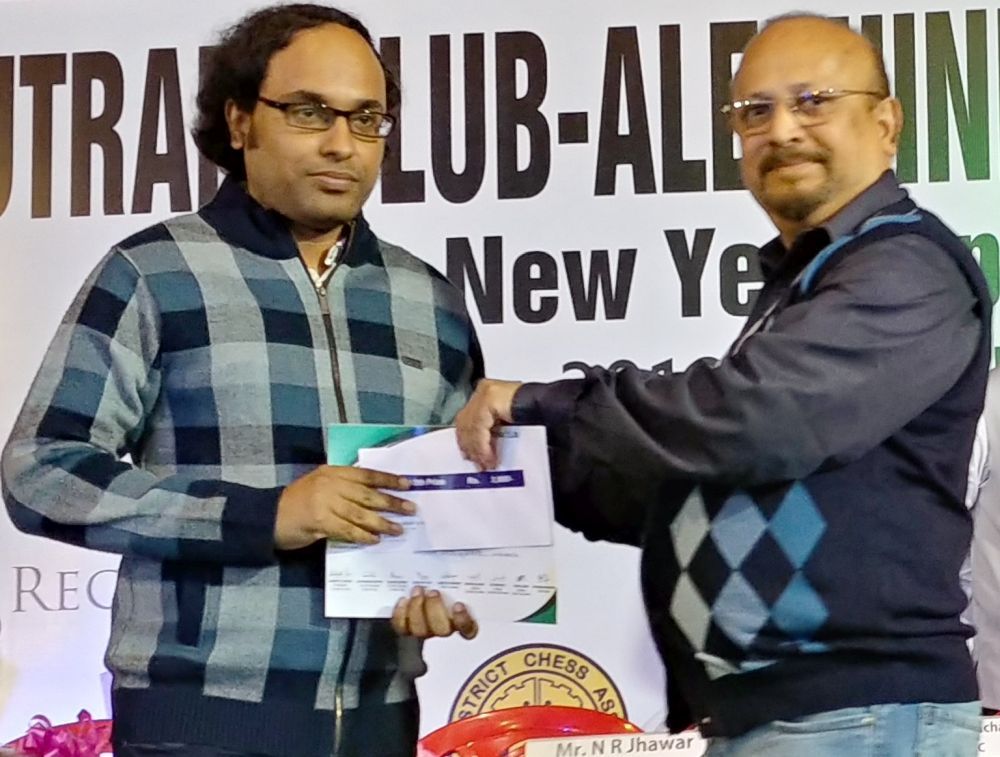 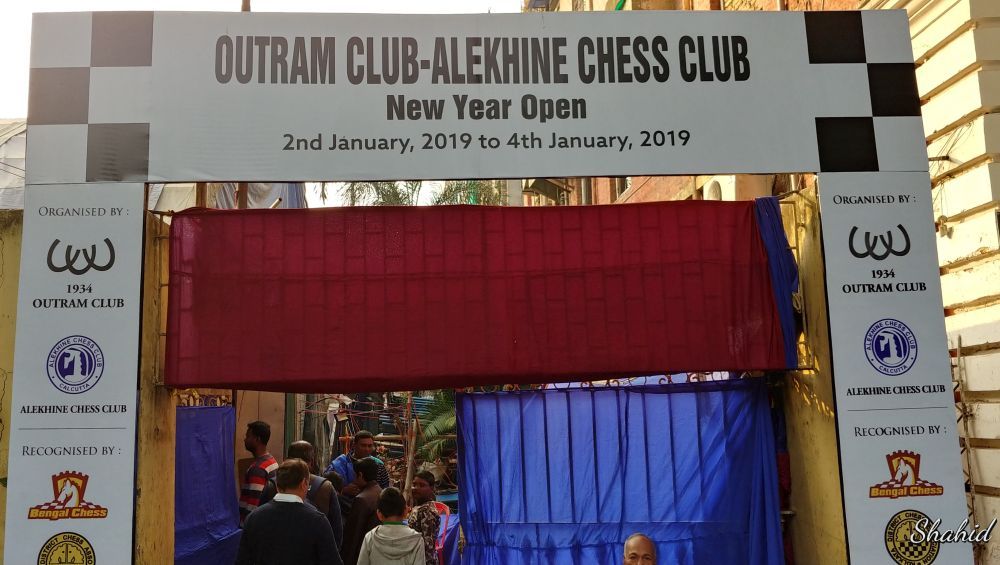 The Chivalrous kids of under-10 age group | Photo: Shahid Ahmed 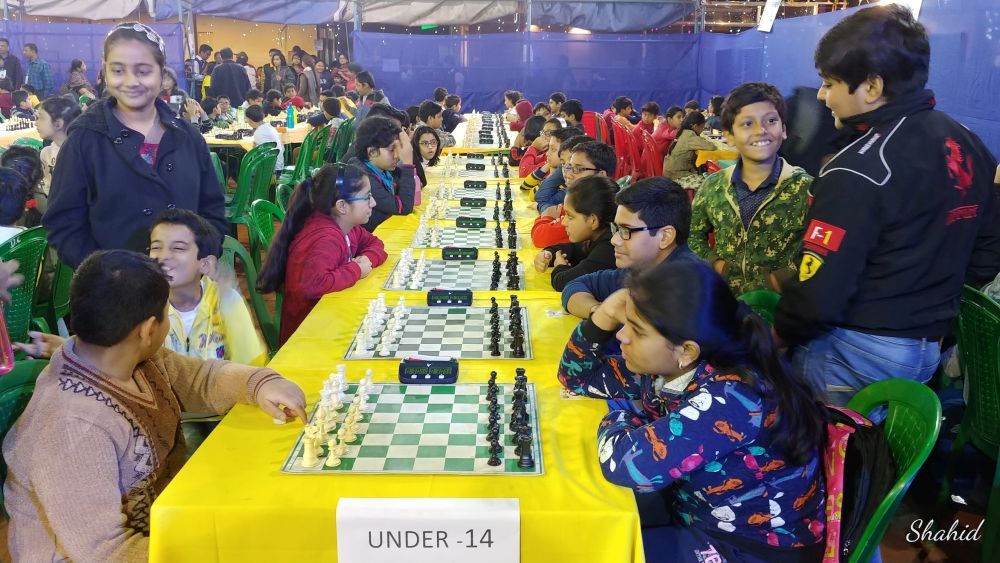 The smiling kids before the game | Photo: Shahid Ahmed 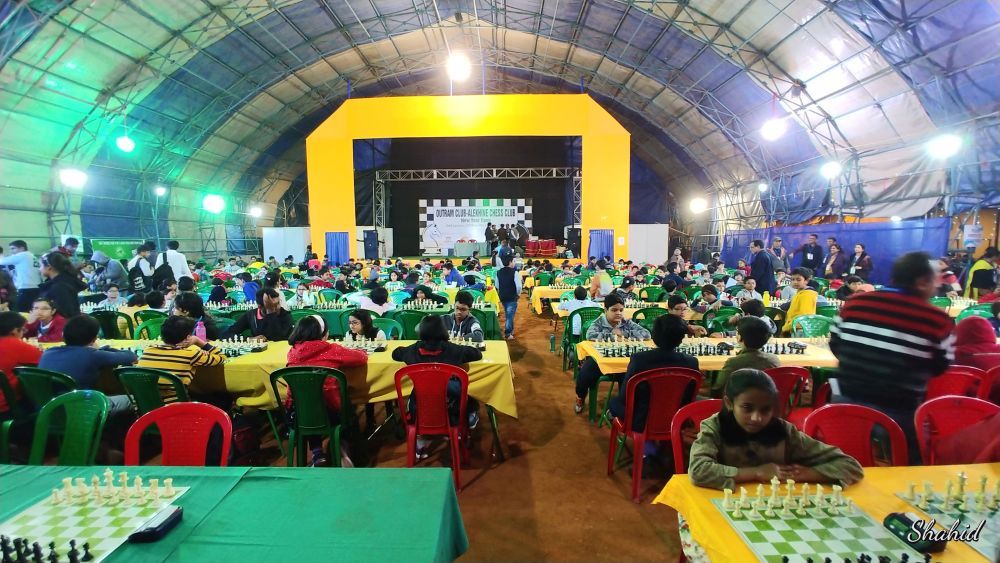 Before and during the match | Photo: Shahid Ahmed 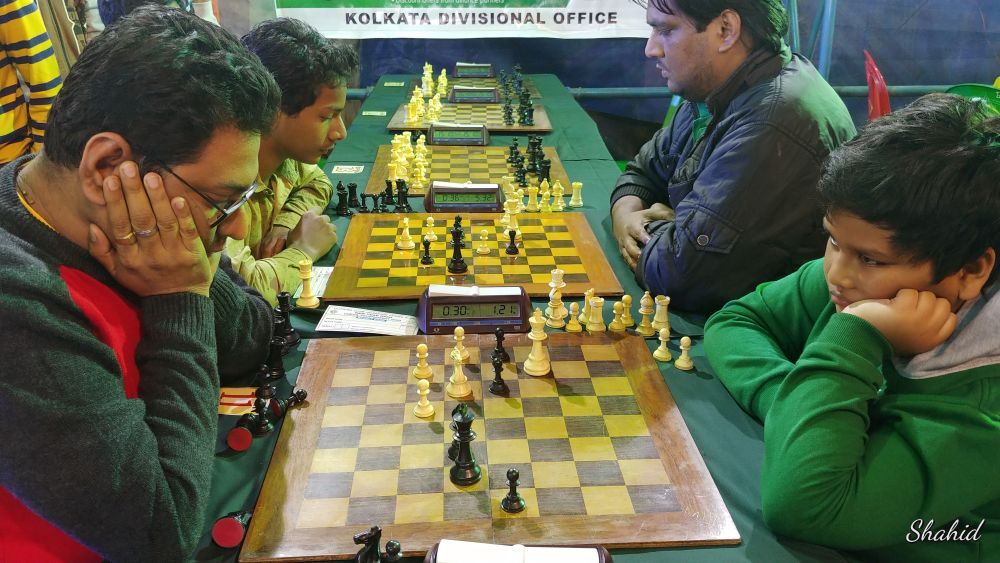 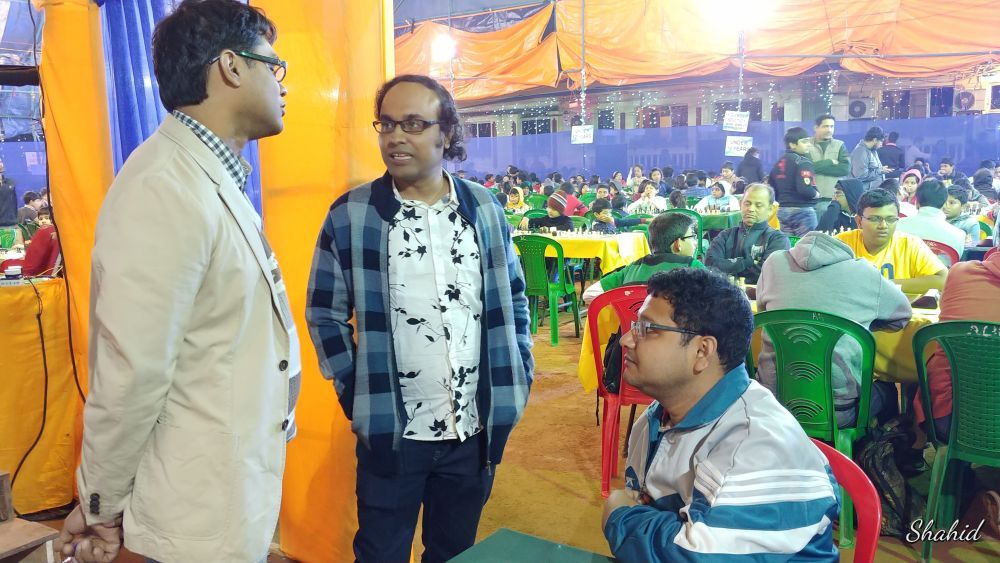 It is not everyday you get to see GM Neelotpal Das, IM Somak Palit and IM Arghyadip Das playing in the same tournament in their hometown Kolkata | Photo: Shahid Ahmed 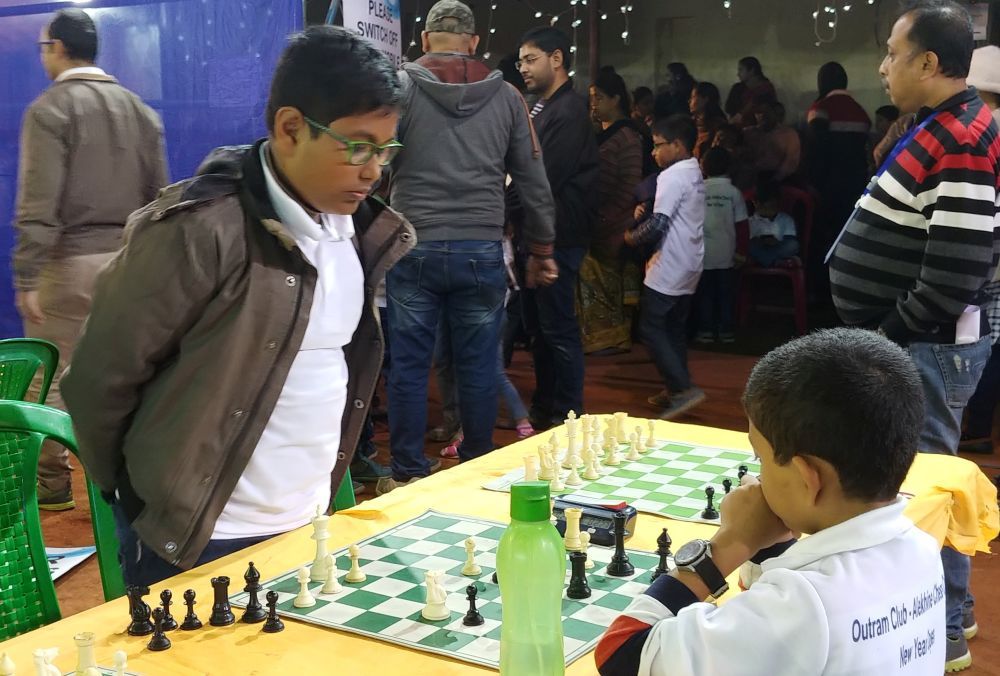 The tournament witnessed the participation of over 310 players from various districts across the state of West Bengal. Alekhine Chess Club and Outram Club jointly organized this event at Outram Club, Kolkata from 2nd - 4th January 2019 for the second consecutive year.

Final Standings in the Open category: