Shankhodip De and Rajanya Datta won 31st West Bengal State under-11 in Open and Girls category respectively. Shankhodip scored 7.5/8 and finished half-a-point ahead of the runner-up Rwitik Chakraborty. Debaprabho Gorai also scored 7.0/8 but due to a lower tie-break score, he was placed 3rd. Rajanya scored 6.5/7 and finished half-a-point ahead of Mrittika Mallick, who scored 6.0/7 and finished at 2nd position. Jagriti Agarwal secured 3rd position with a score of 5.5/7. The 31st edition of West Bengal State Under-11 Open and Girls 2019 witnessed a mammoth 318 participants from various districts across the state. Photo: Shahid Ahmed

Very few times it is observed that the top seeds win a tournament especially in an age group category tournaments. However this time it was different, both Shankhodip De and Rajanya Datta proved why they were top seeds as finished half-a-point ahead of the runner-up to win the championship  in the biggest State Under-11 in West Bengal Chess history. 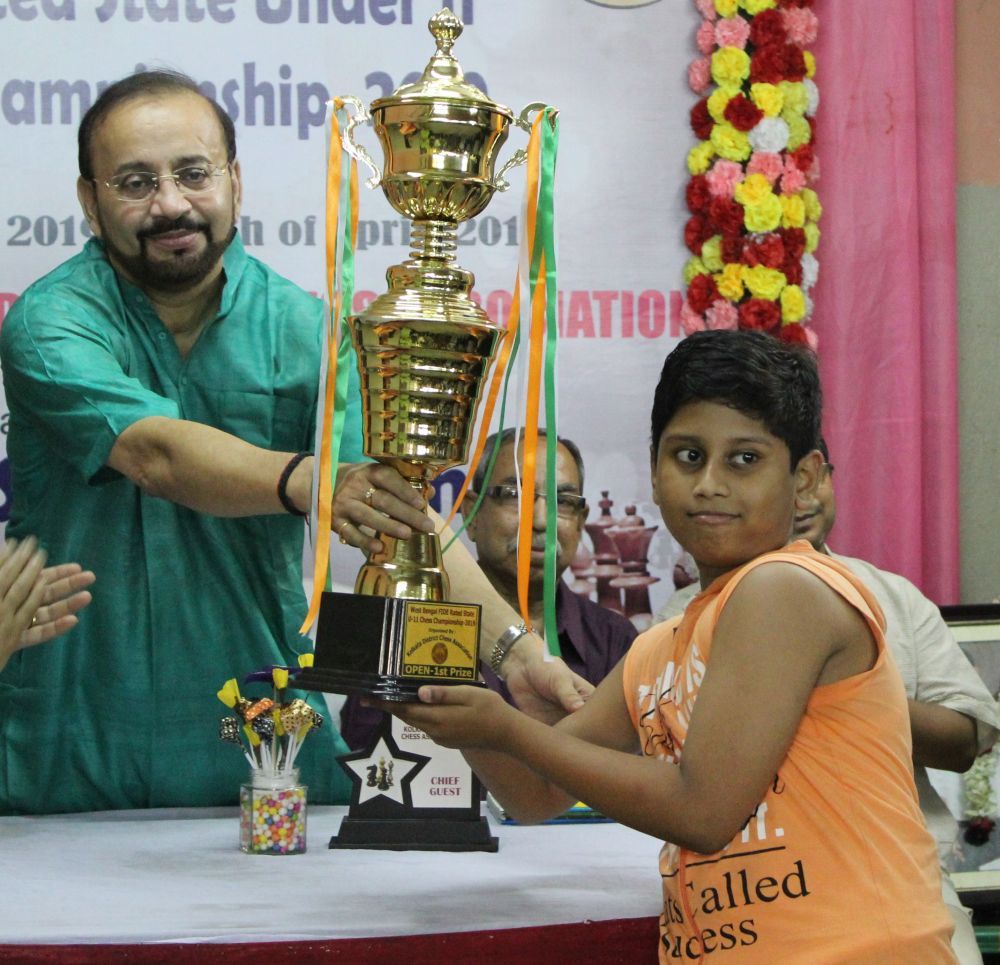 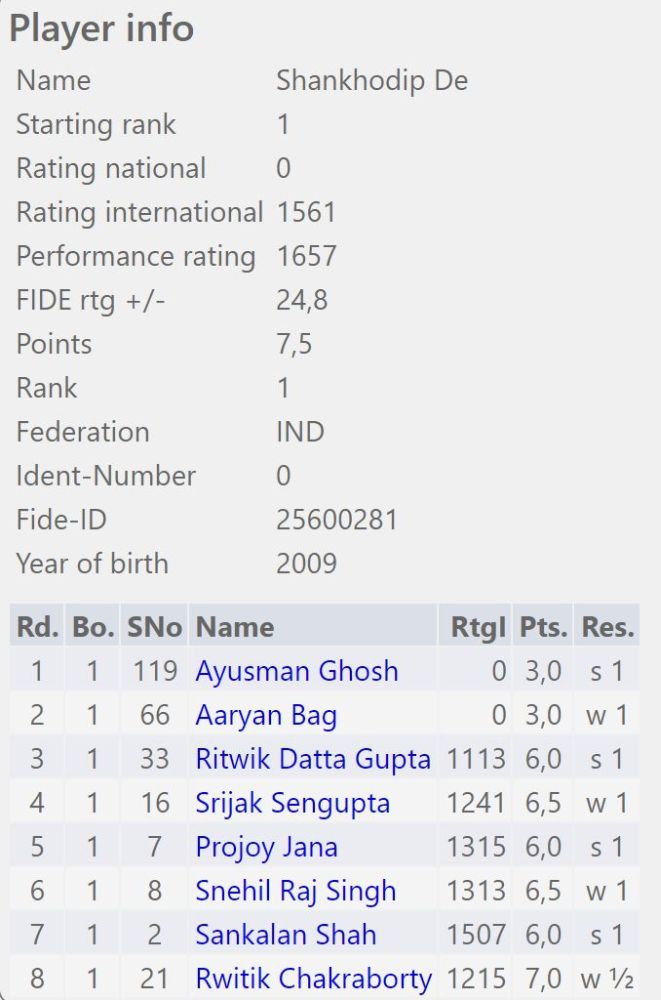 It is evident that Shankhodip plays to win only

The only person who could have overtaken Shankhodip in the last round was his final round opponent and eventual runner-up of the tournament Rwitik Chakraborty. So he just needed a draw in the final round to win the tournament and he made a draw. Here is a game annotated by Shankhodip himself: 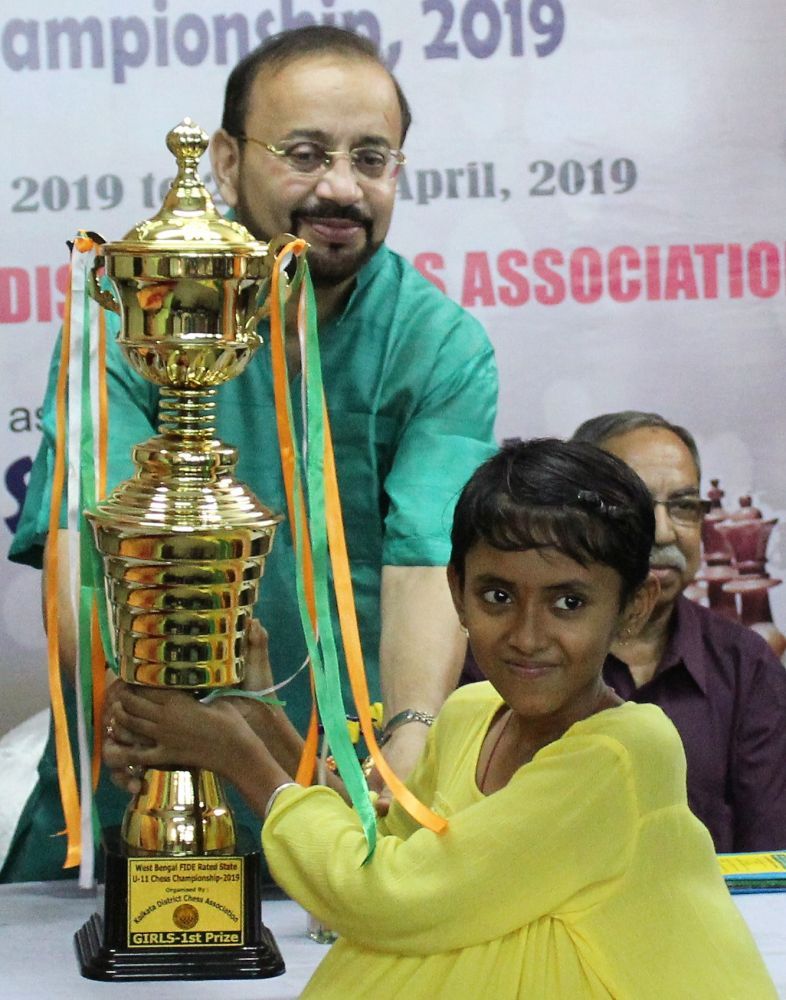 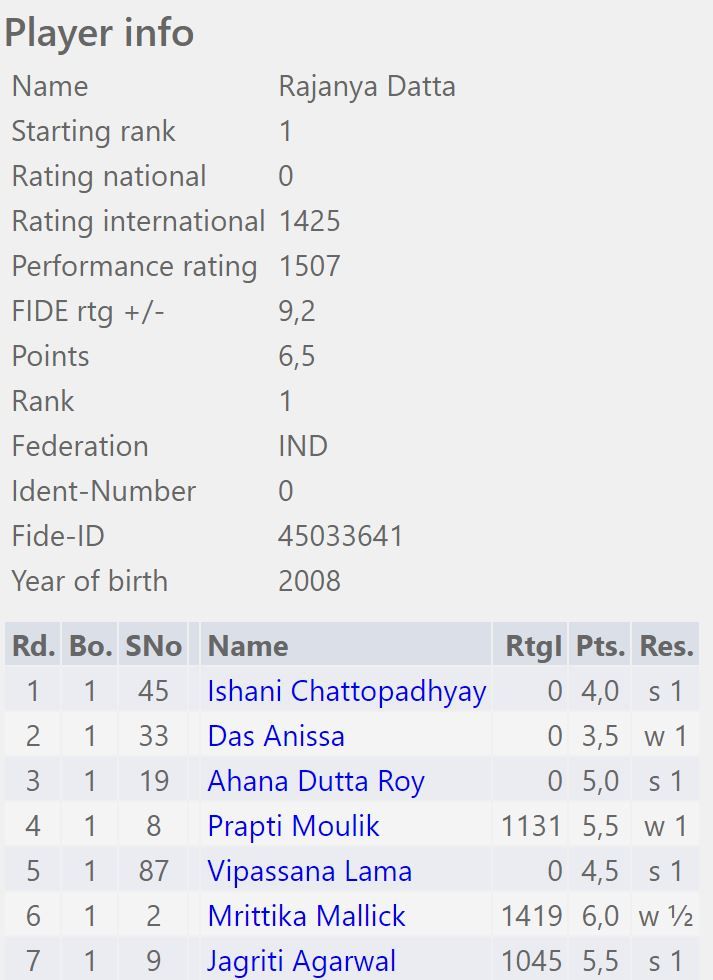 An annotated game by the Champion in girls section, Rajanya Datta

Here is an interview conducted with both Champions at the conclusion of the prize distribution ceremony.

Shankhodip and Rajanya talk about their biggest challenge faced in the tournament and more | Video: Shahid Ahmed 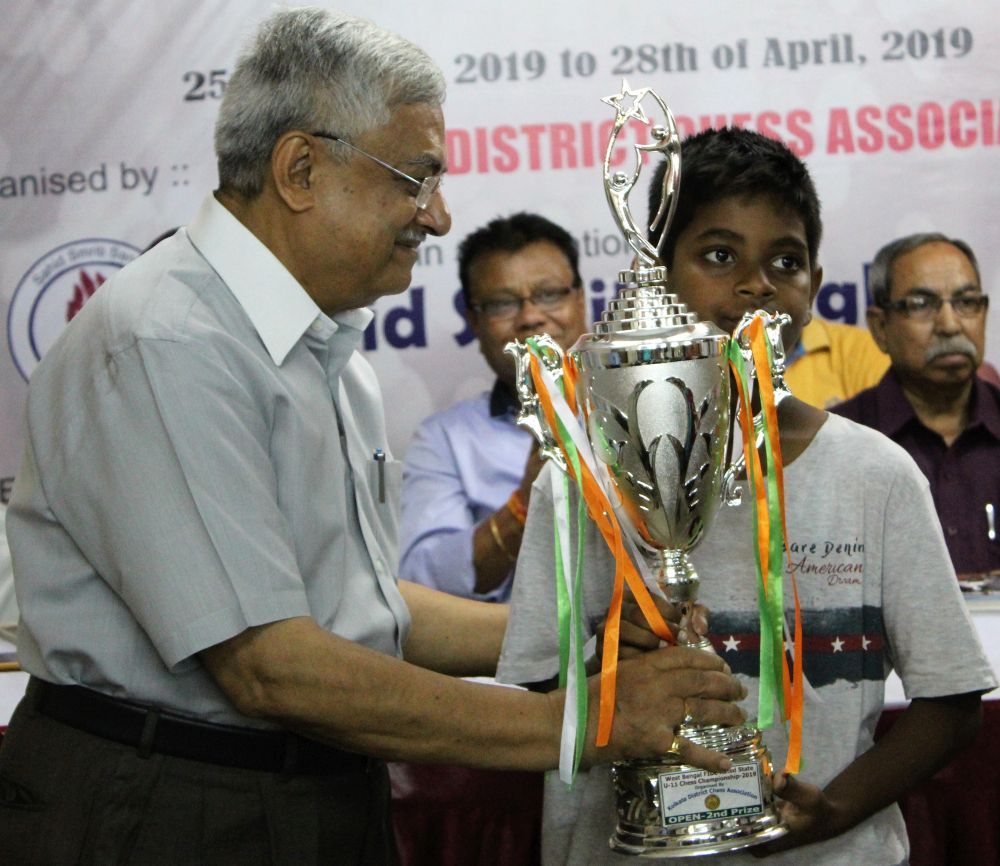 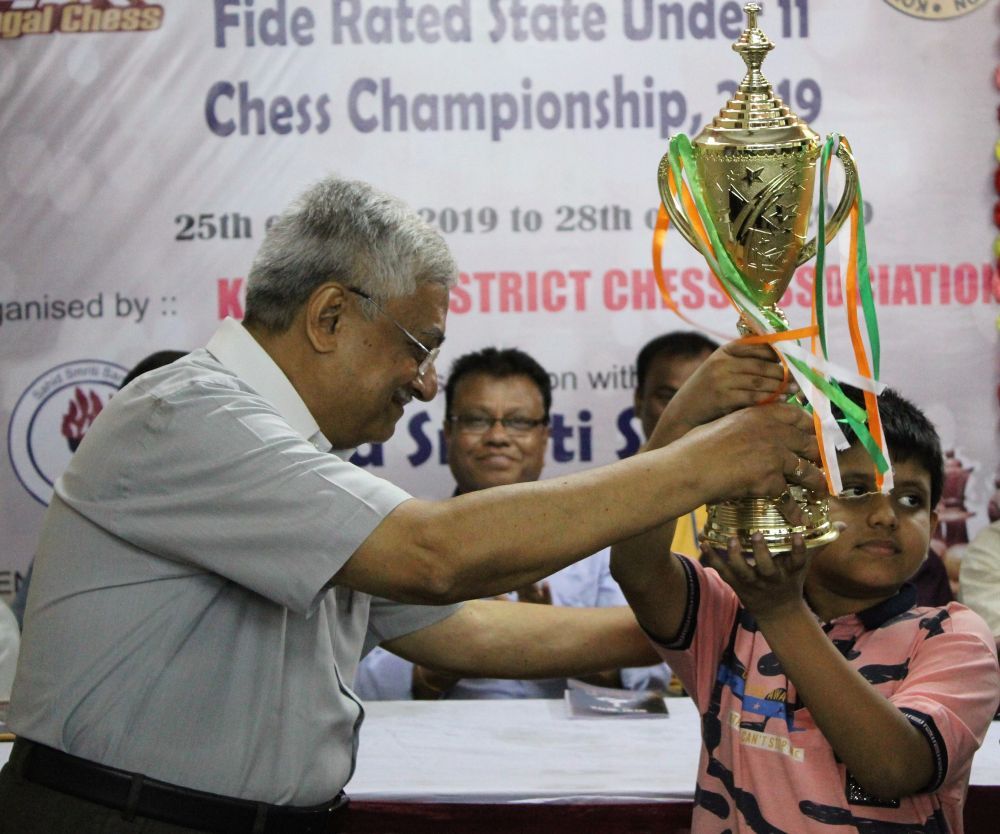 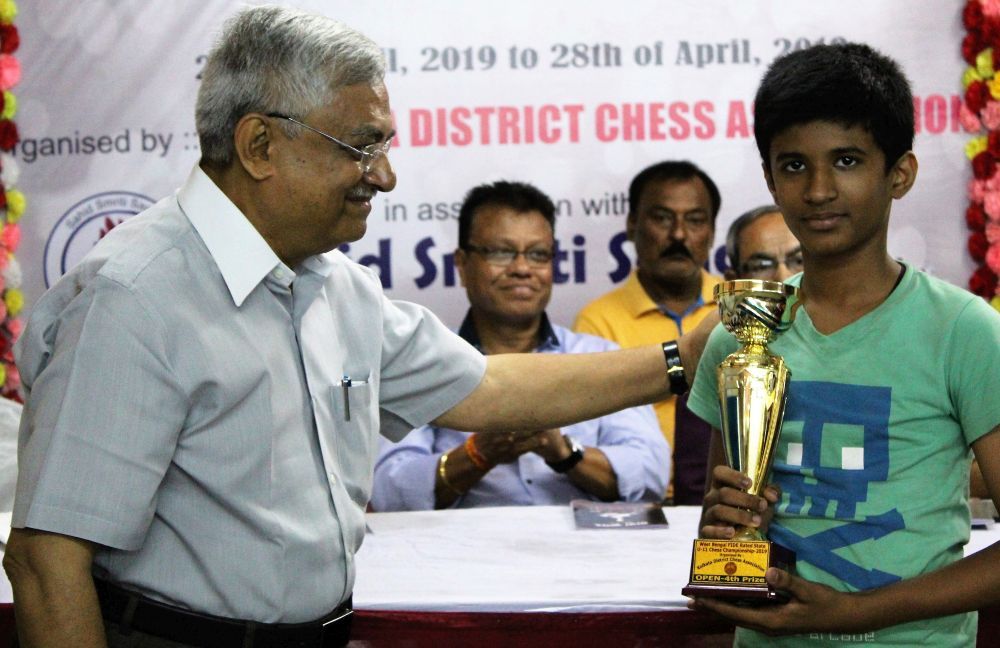 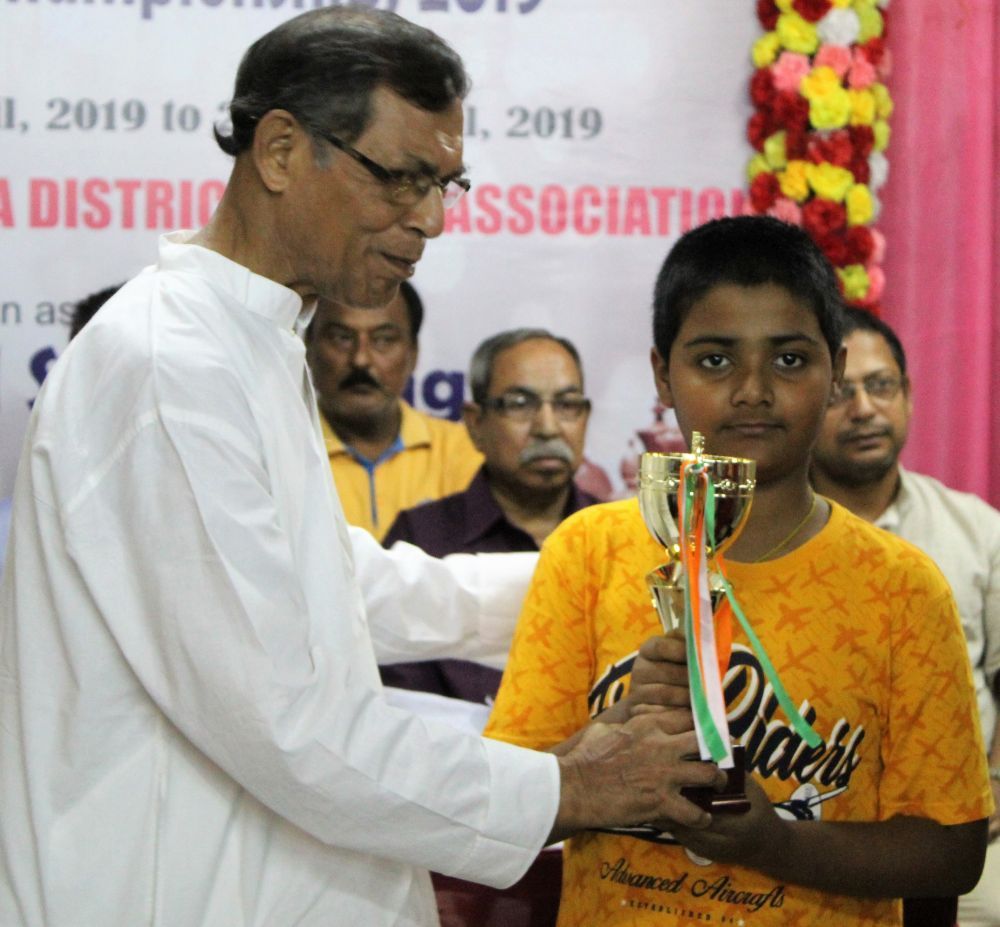 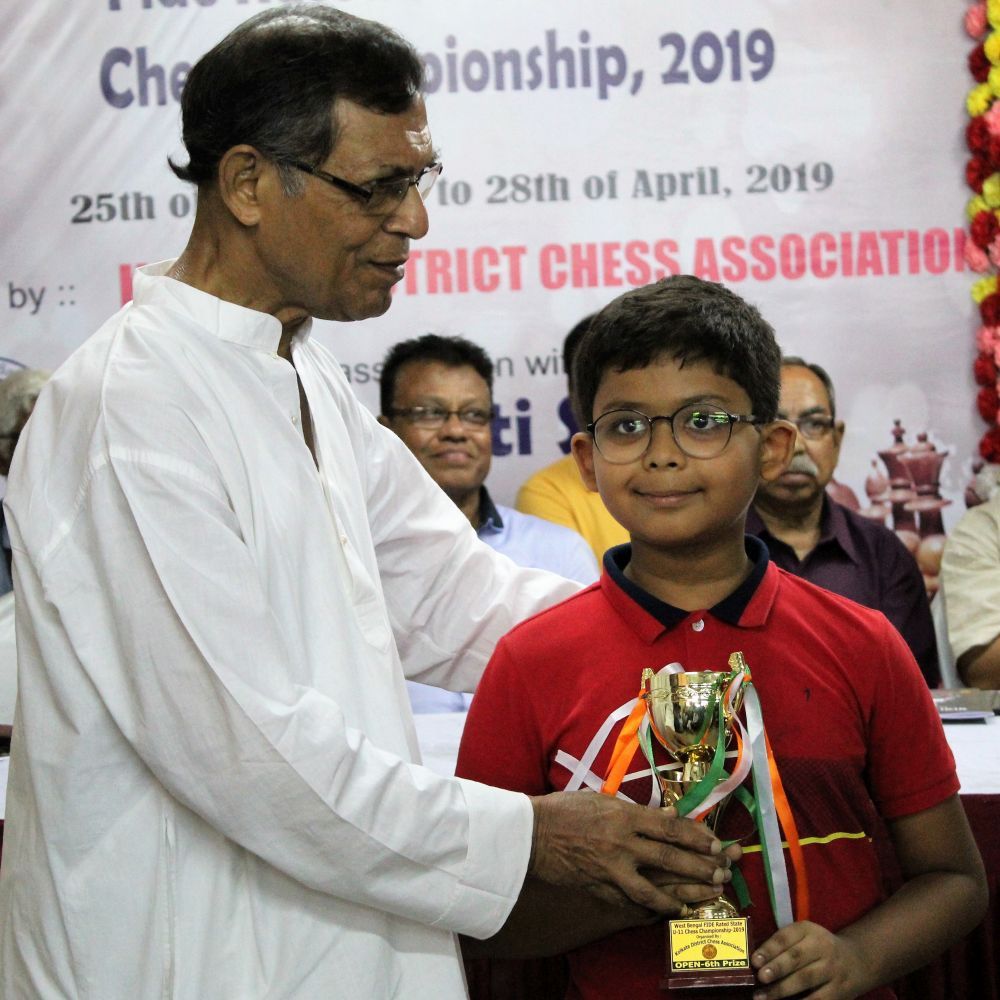 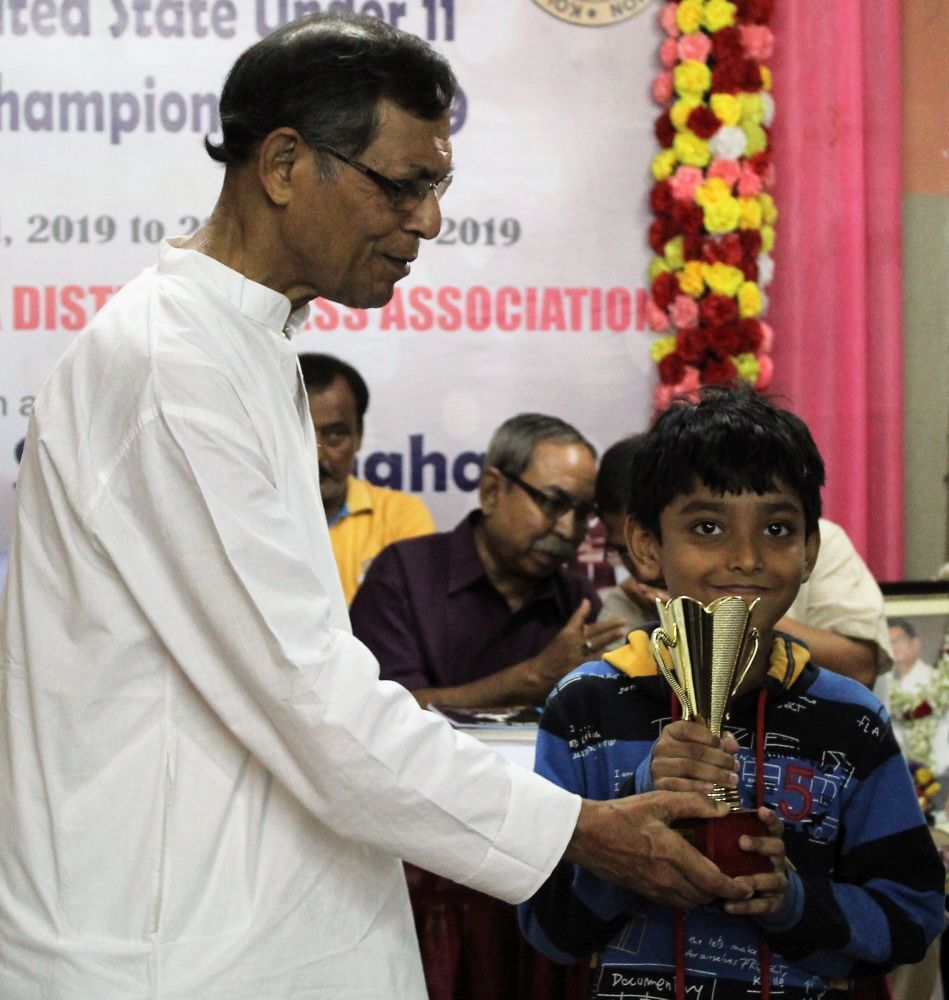 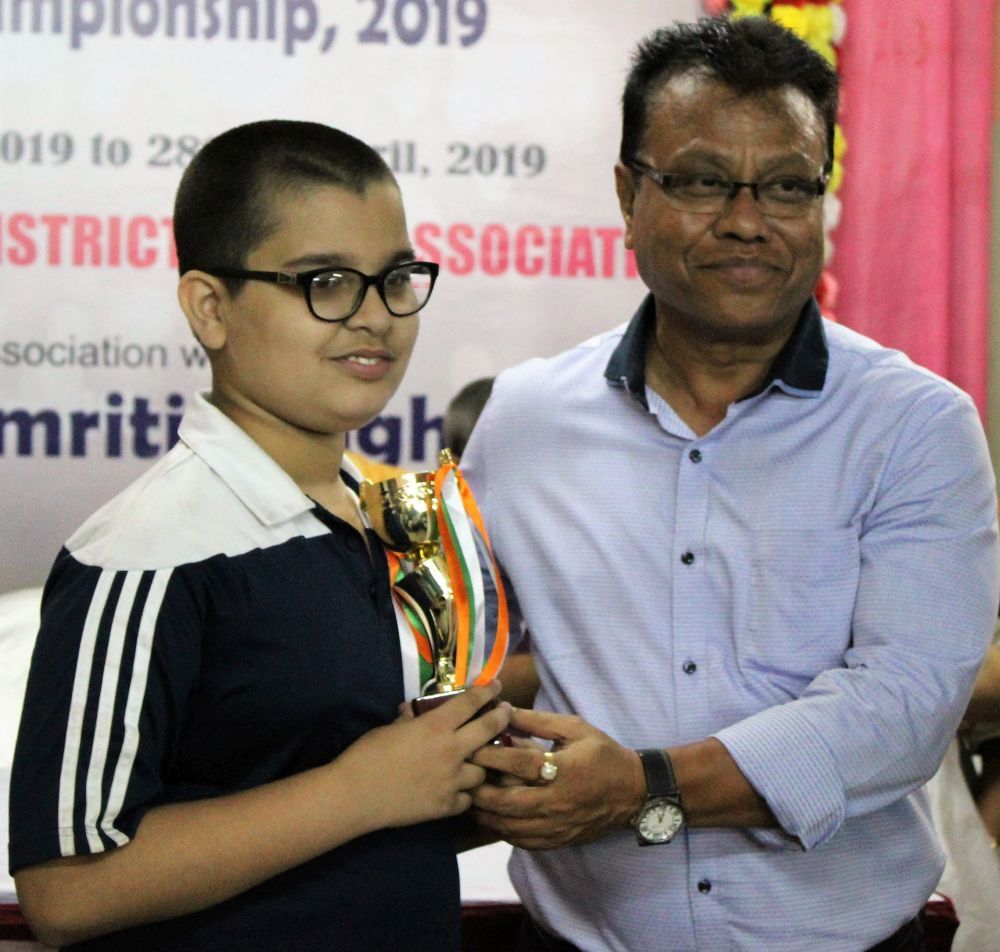 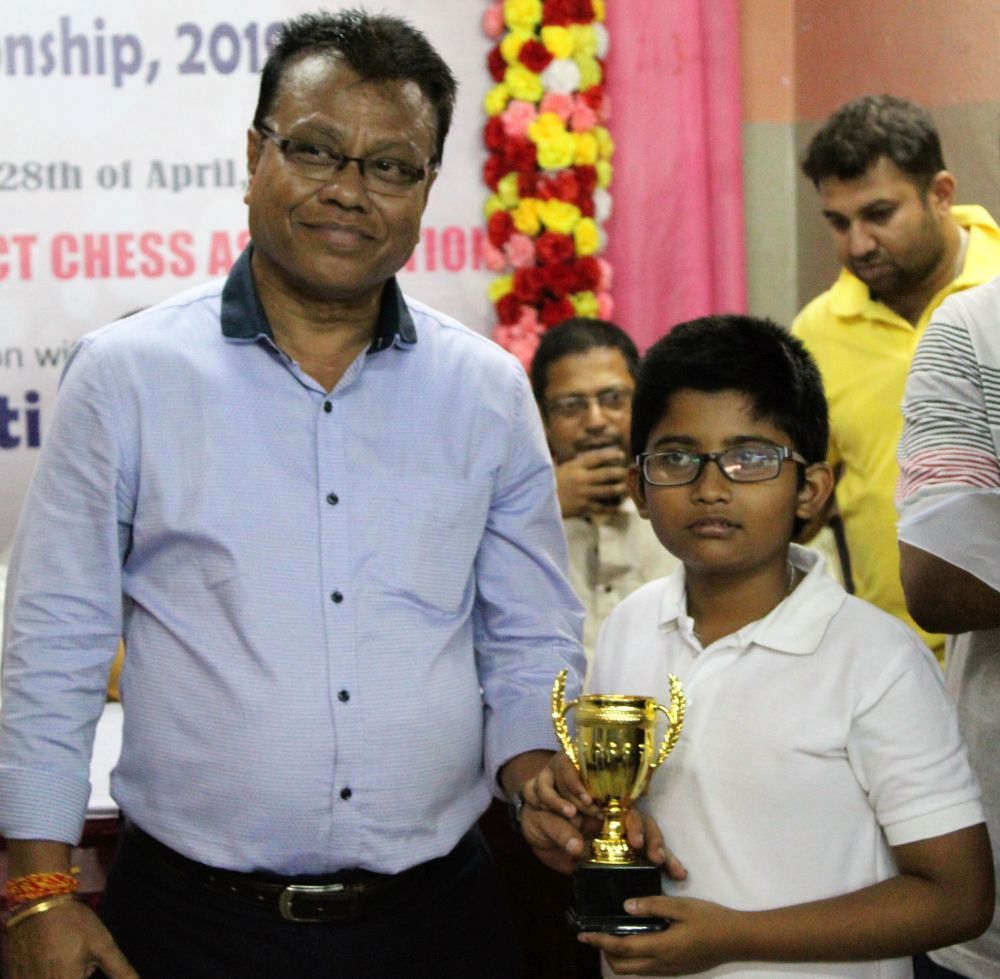 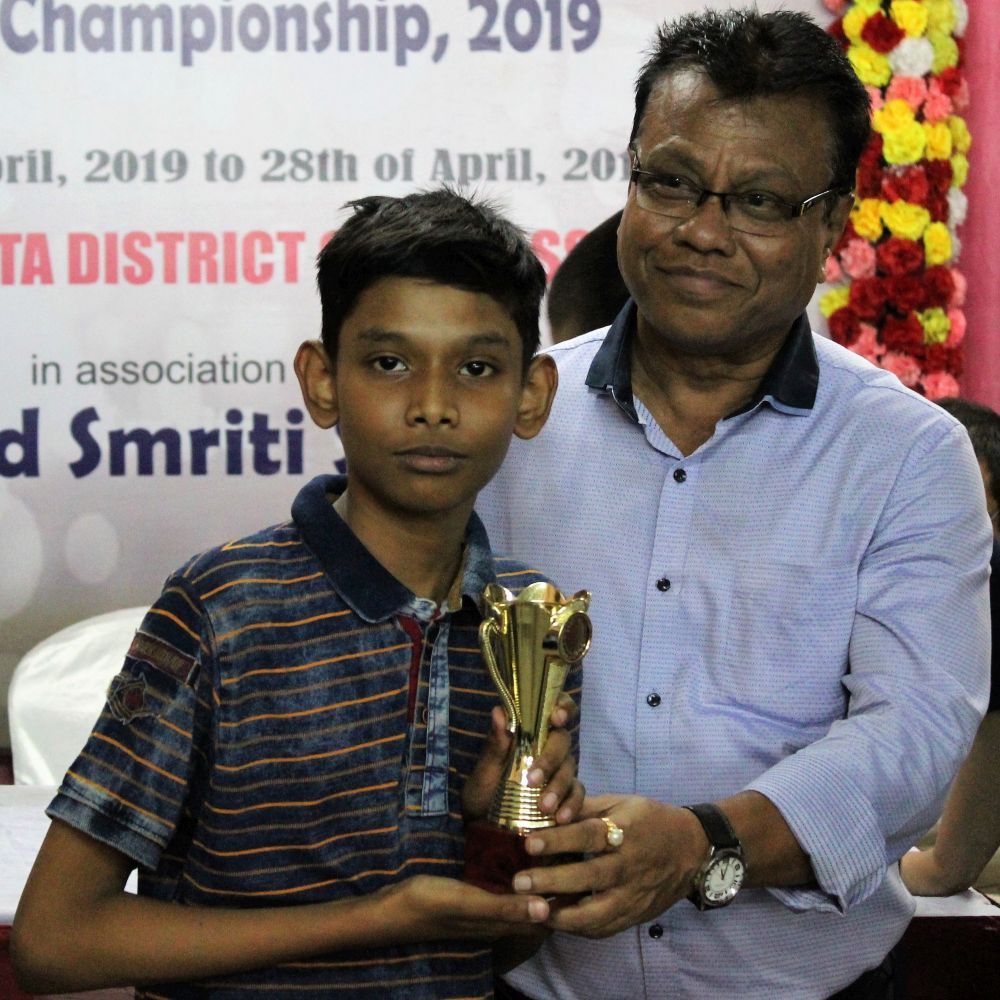 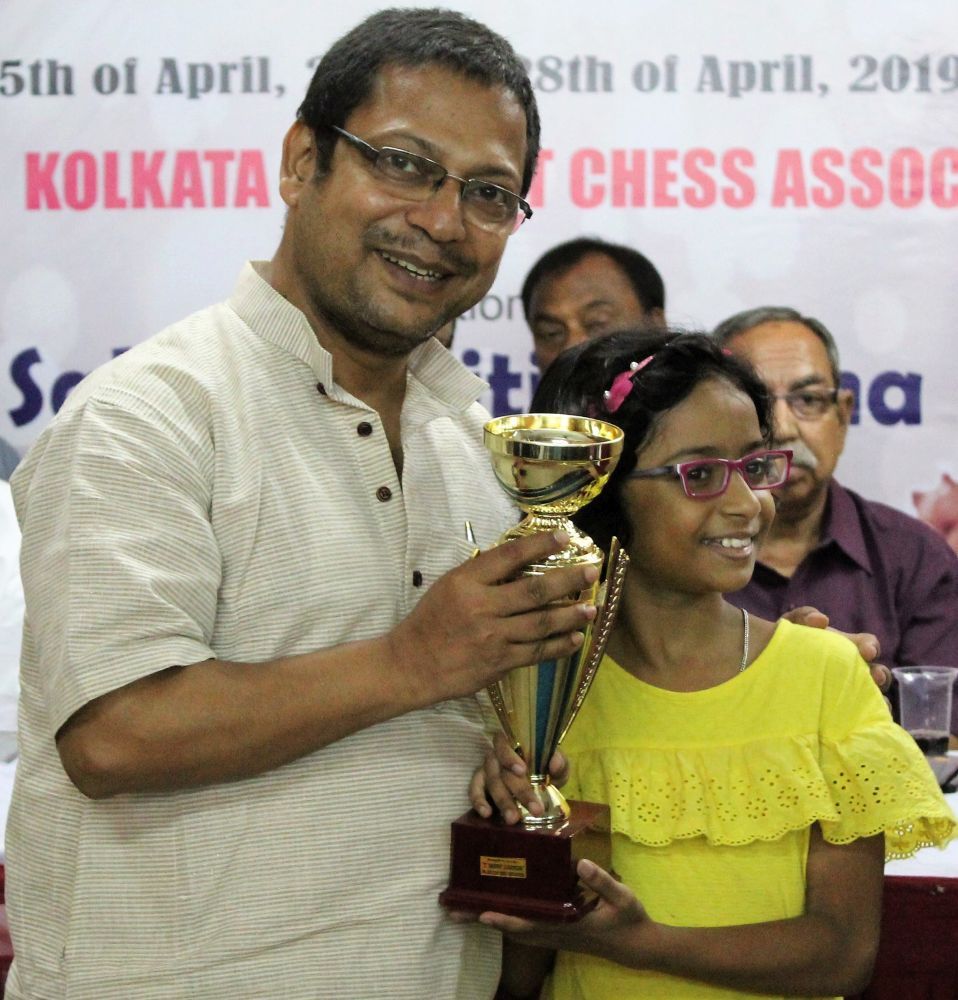 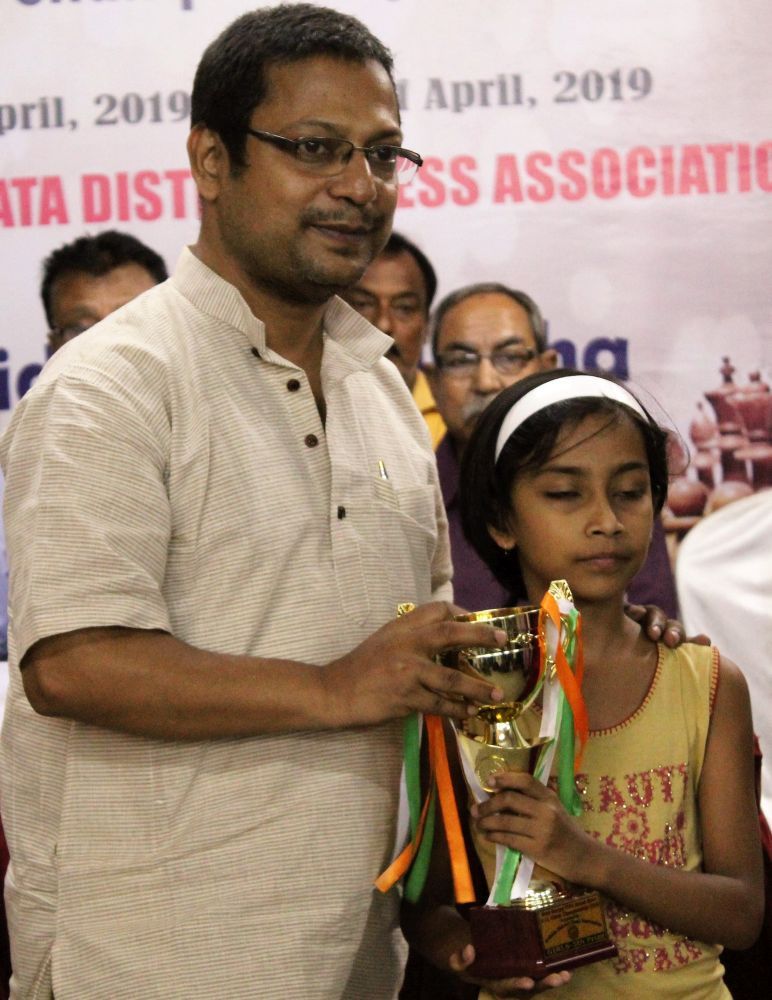 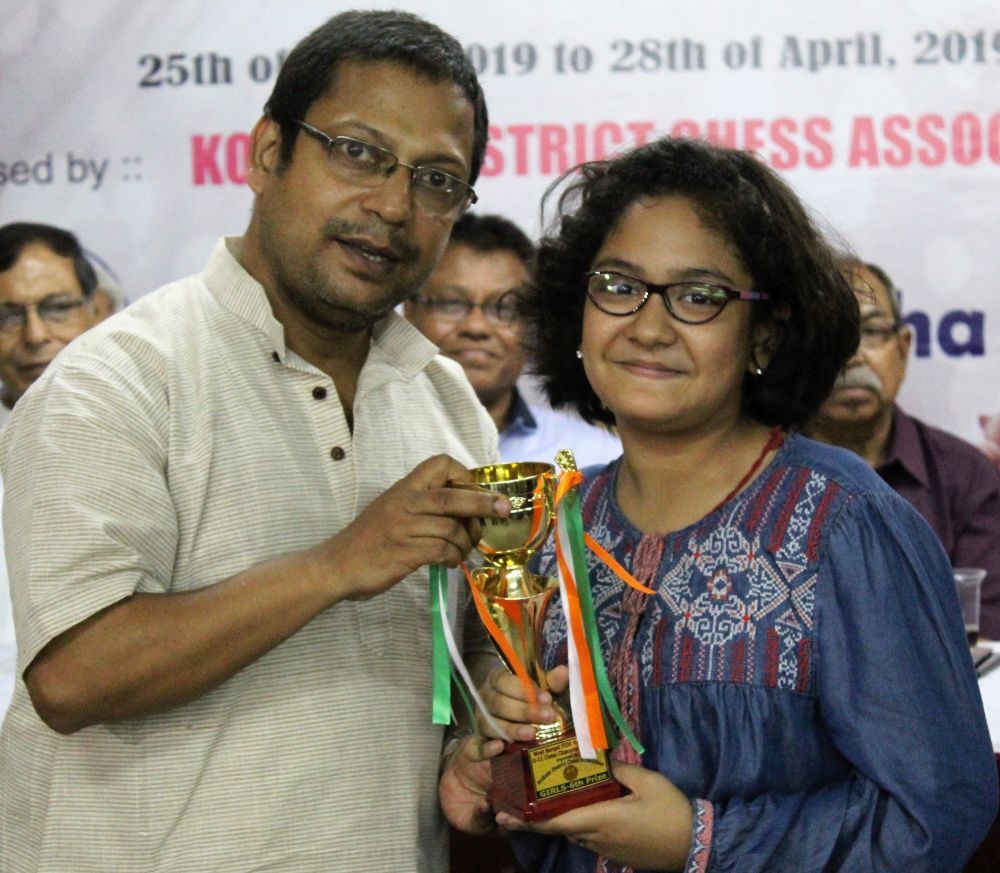 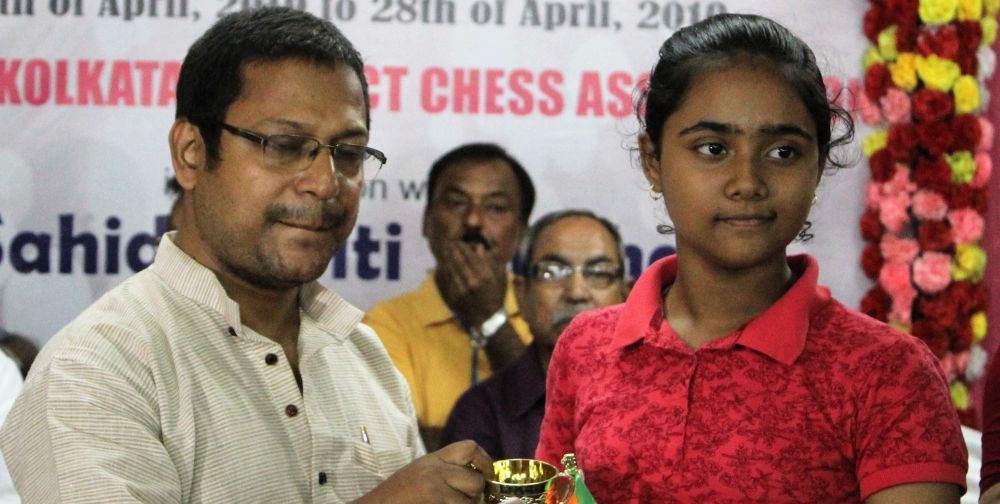 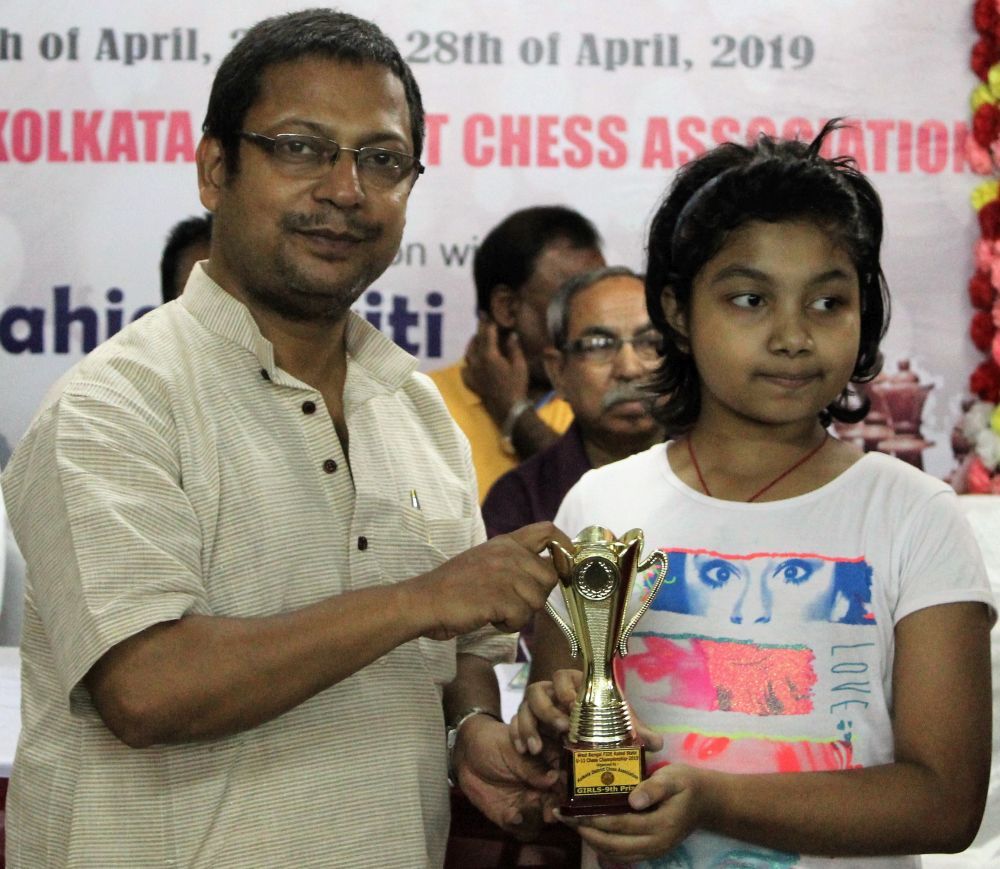 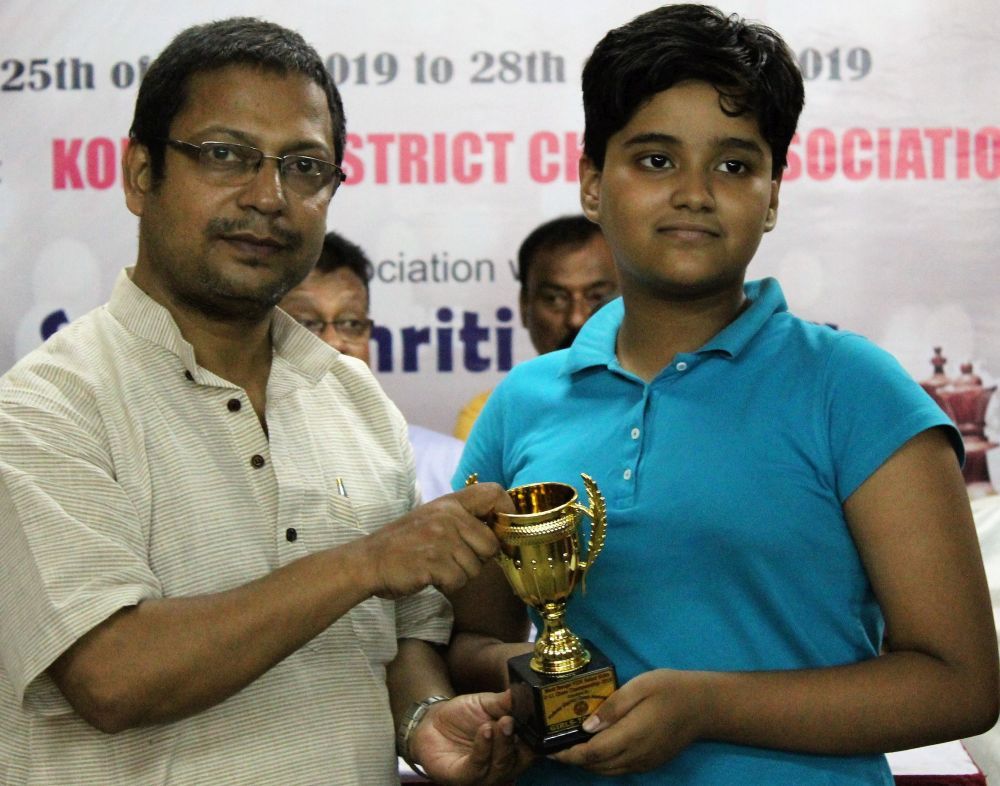 The tournament was organized by Kolkata District Chess Association & Sahid Smriti Sangha at Sahid Smriti Sangha, Kolkata from 25th-28th April 2019. The 31st edition of West Bengal State under-11 witnessed a record number of participation of 318 players from various districts across the state.