Two Indians came very close to breaking Karjakin's record of the youngest GM in the world at the age of 12 years and 7 months. They were Praggnanandhaa and Gukesh. While Pragg missed the target by three months, Gukesh had a highly realistic chance if he made his third GM norm at the Sunway Sitges International 2018. The youngster was very close, but in the end missed out on the train. We tell you what happened in the ninth round. More good news from Sunway Sitges is 11-year-old Bharath Subramaniyam making his first IM norm. The last round will be played today at 2 p.m. IST and the exciting pairing is Praggnanandhaa versus Nihal Sarin.

It was quite an important day for the record keepers in chess. Gukesh who was on 5.0/8 at the Sunway Sitges International 2018 had a chance to break Karjakin's record of becoming the youngest GM in the world if things went his way. This is what the situation was before the ninth round: Gukesh playing against Alexander Demianjuk in round 9 | Photo: Rupali Mullick

Gukesh D's current opponent average rating is 2438.11. Checking in FIDE Handbook you realize that for this rating average he needs 6.5/9. As he was on 5.0/8, this is theoretically impossible. So he needed to win the ninth round against Alexander Demianjuk (2344) to get on 6.0/9.

If he did win his final tenth round he needed his average rating of opponents to go up to 2451 so that 7.0/10 gives him a GM norm. In order to push his average opponent's rating to 2451, he needed a minimum of 2567 rated opponent in round 10 and Gukesh had to beat him. So in a nutshell, to beat Karjakin's record of becoming the youngest GM in the world Gukesh needed the following to go his way:

1. He needed to beat his 2344 rated opponent in round 9 with black pieces

3. He needed to beat that opponent in round 10!

Gukesh was not able to beat his ninth round opponent Alexander Demianjuk and had to settle for a draw. With 5.5/9 he has chances of breaking into 2500 if he won his final round, but the GM norm is out of grasps. 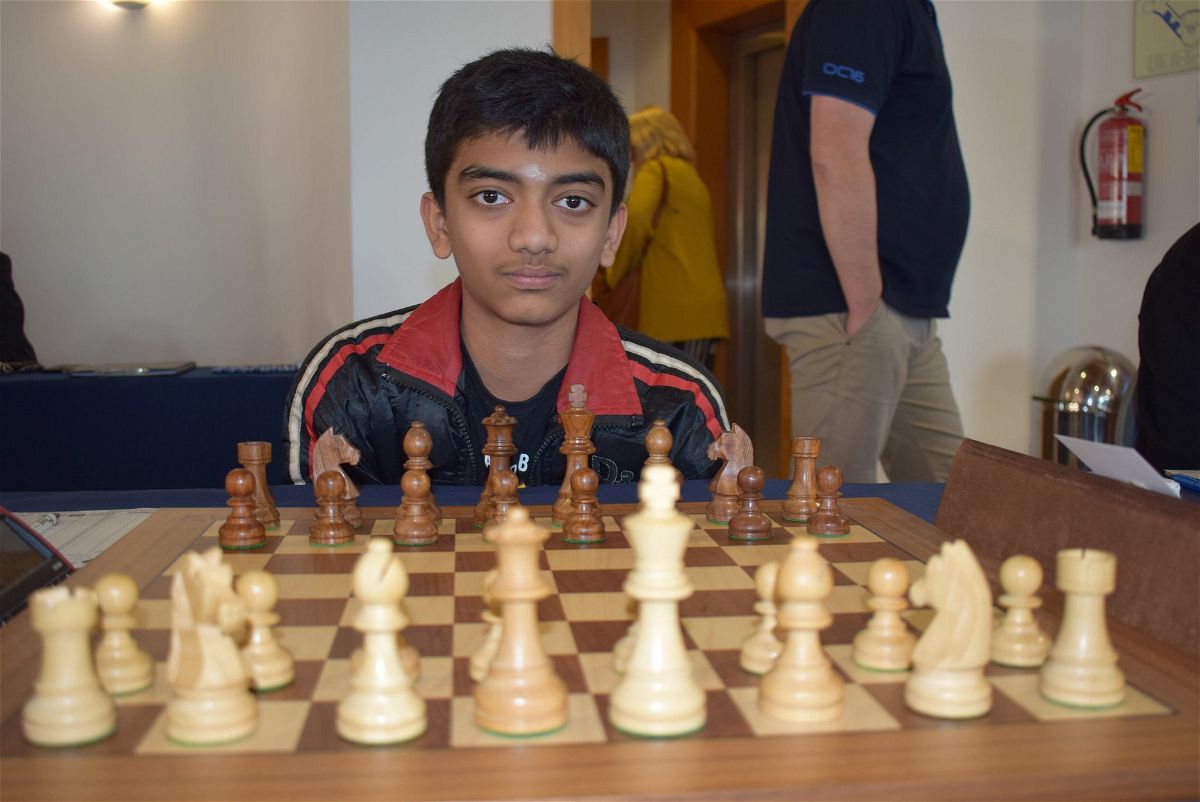 Gukesh tried really hard and almost beat Karjakin's record. In the end he missed it by a whisker! | Photo: Rupali Mullick

"It's been a fantastic year for Gukesh. Honestly at the start of 2018, if someone would have predicted and told me that at the year end he will be close to 2500 and completed IM title and also has 2 GM norms in addition to Asian and World gold medals, I would have laughed it off. So it's that sort of miracle year. I am pretty happy with his efforts and results. Keep supporting him with all your blessings and prayers as I feel he wasn't destined for this record but who knows he has better things to target! Heartfelt thanks for all your support." 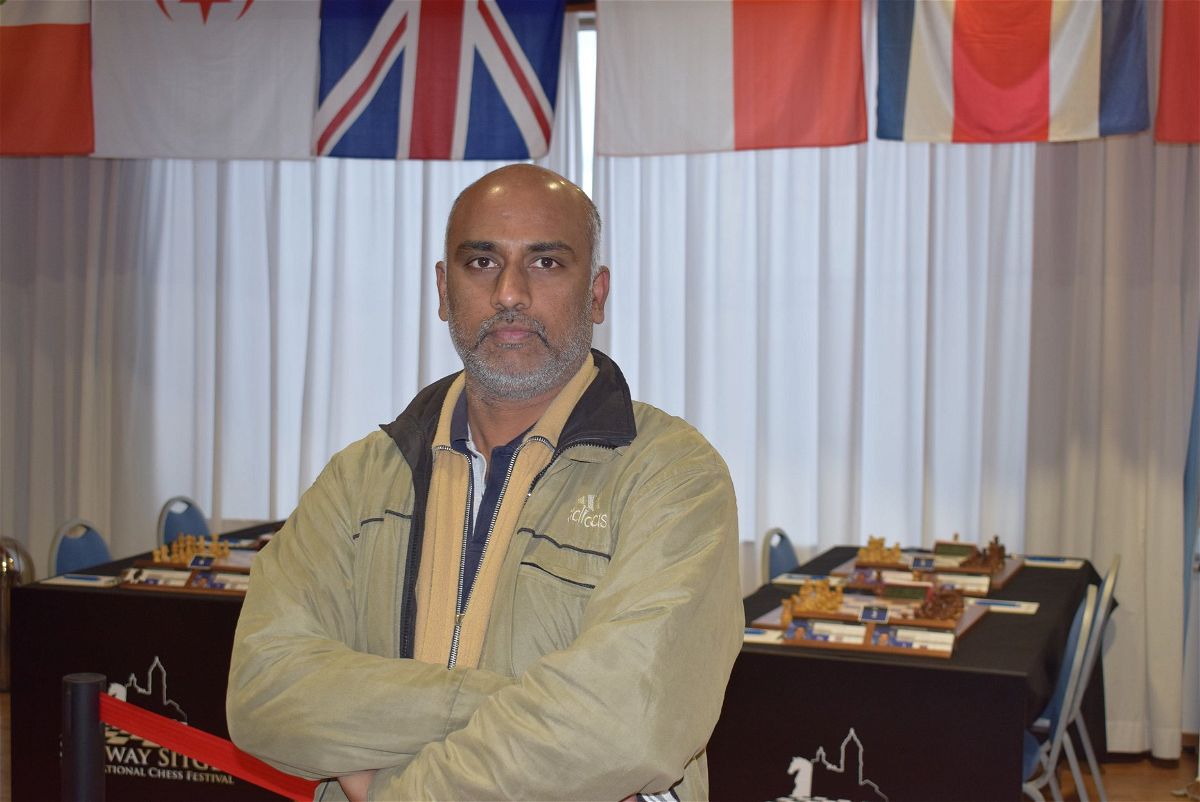 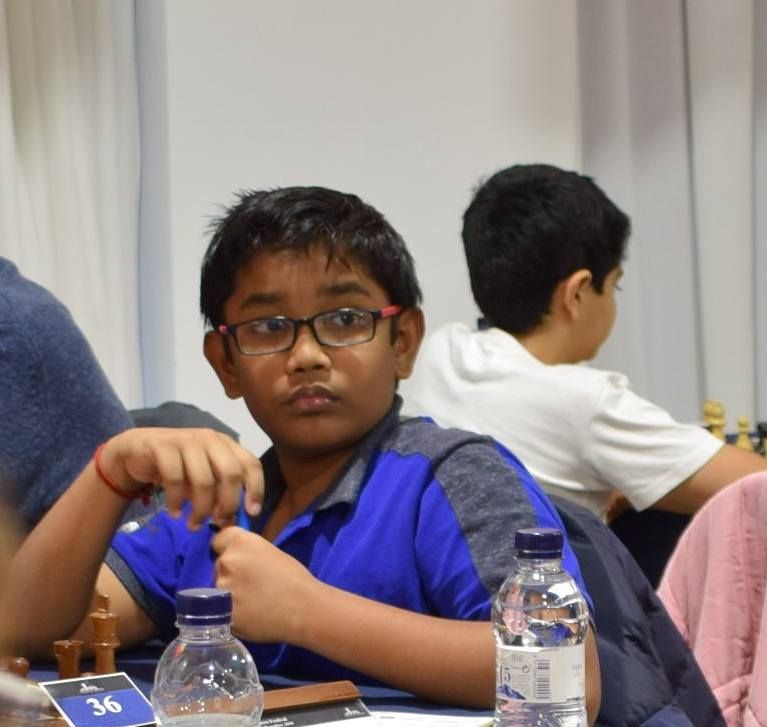 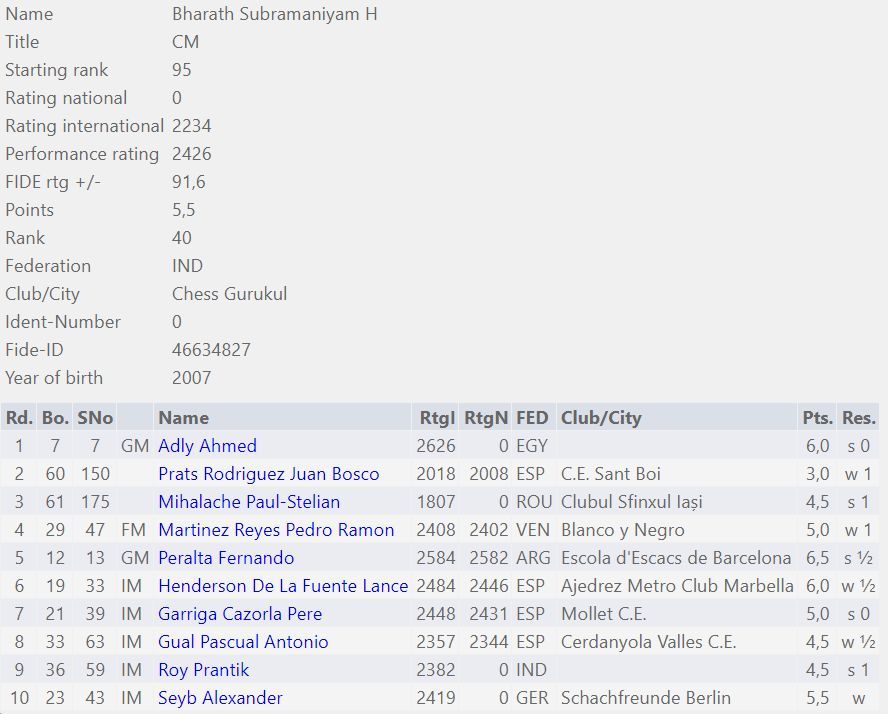 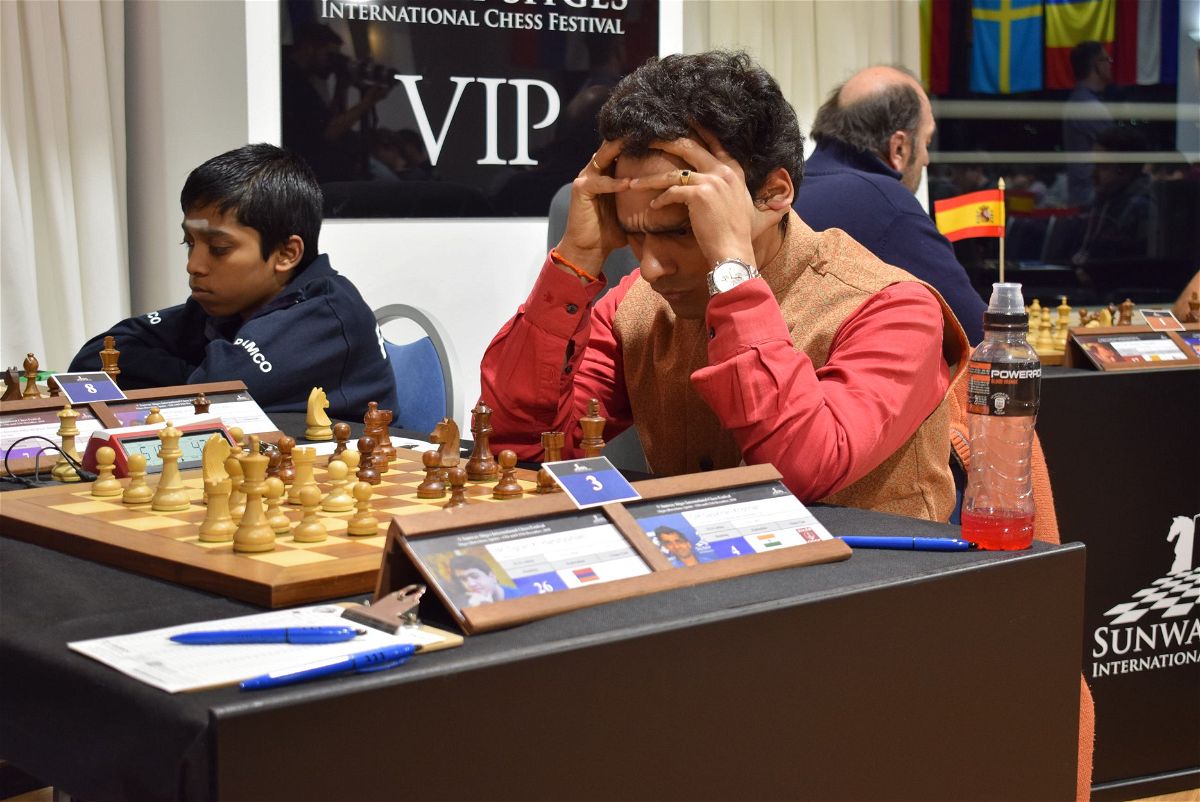 Sasikiran drew his ninth round game and is currently in fifth position. If he manages to beat Evgeny Romanov in tenth round, he can finish in top 3 | Photo: Rupali Mullick 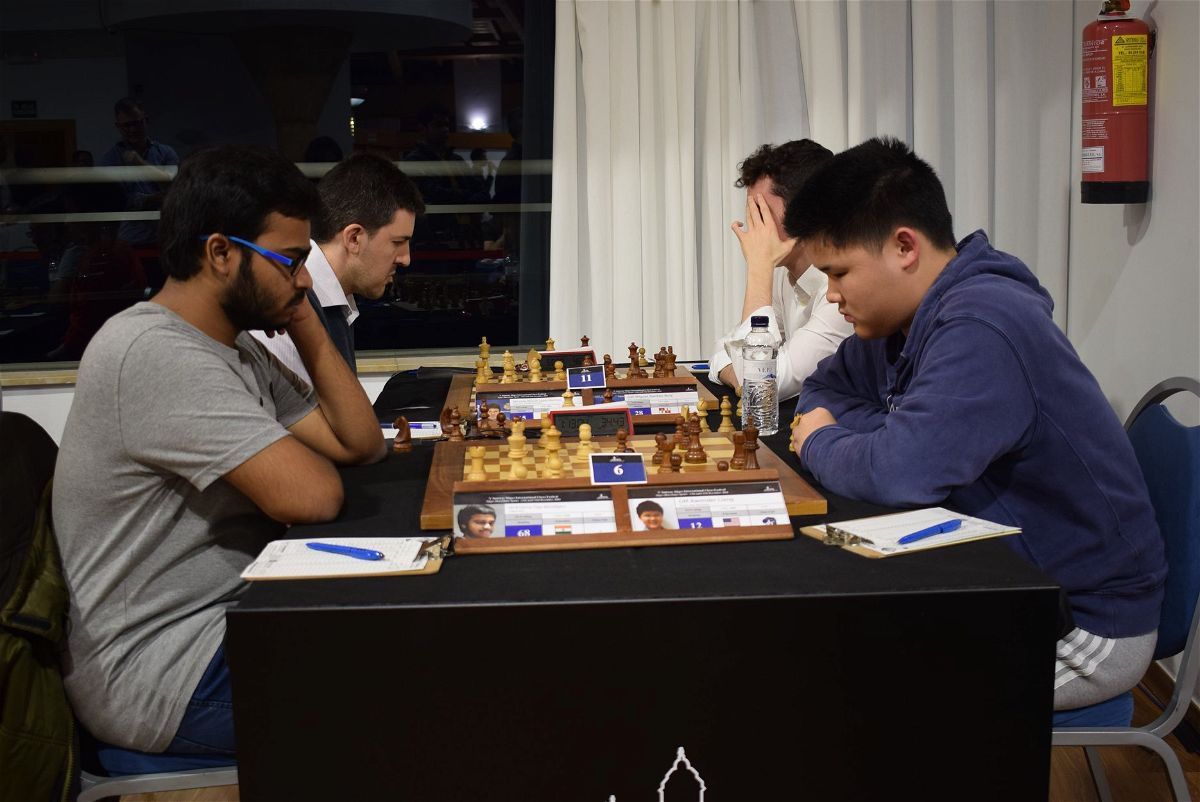 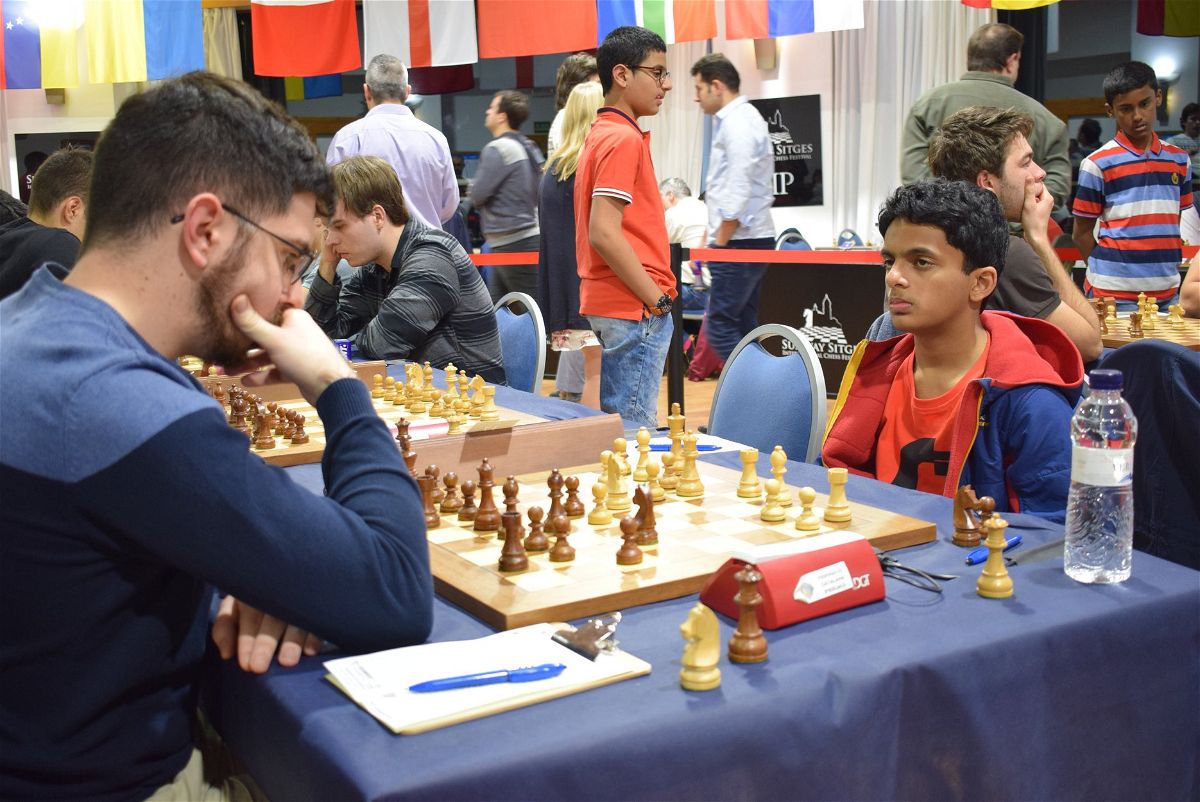 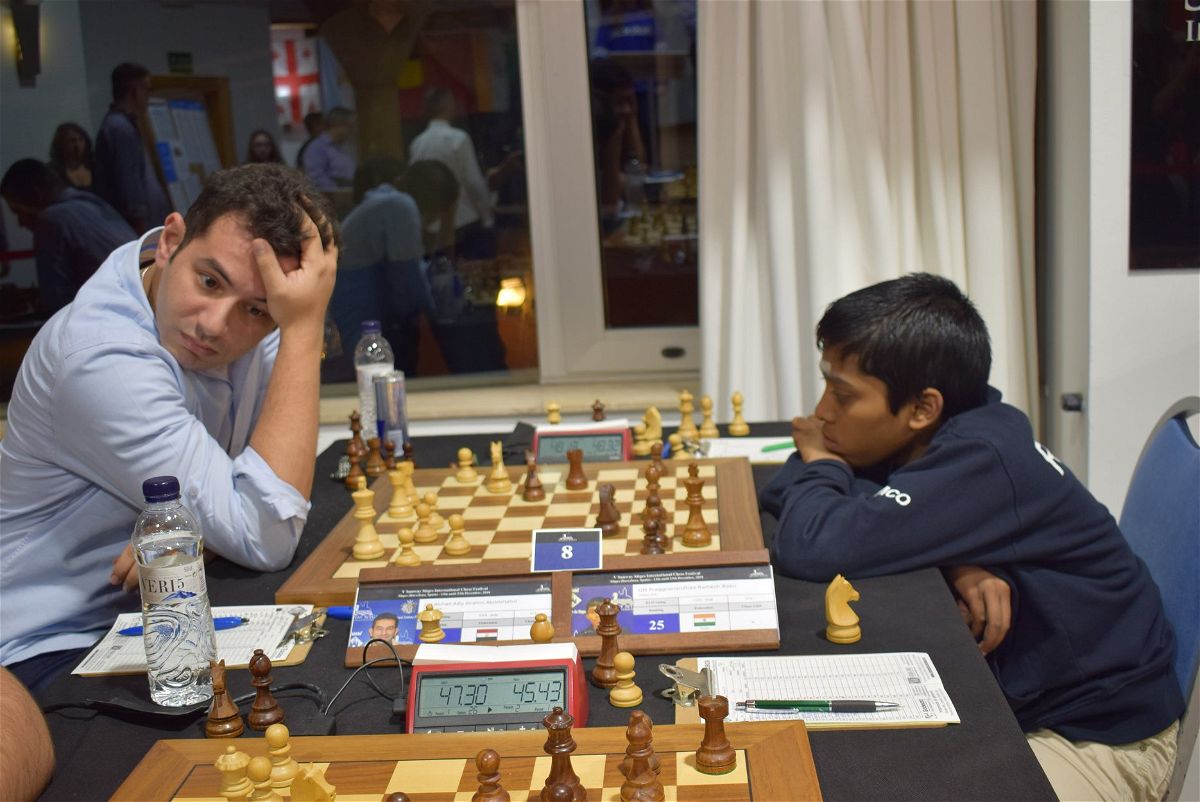 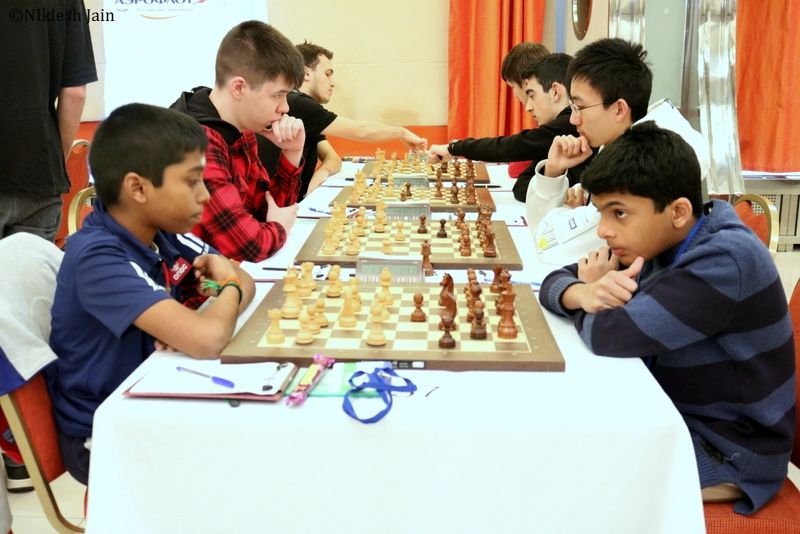 The interesting thing is that Pragg and Nihal will face each other once again in the tenth round of the Sunway Sitges International 2018. The above picture was taken at the Aeroflot Open 2018 earlier this year. Nihal was black in the game and it ended in a draw. | Photo: Niklesh Jain

The final round will begin 7 hours before scheduled at 2 p.m. IST

Pairing of round 10 of Indian players: