Around a year ago, all of us were waiting eagerly to see if Praggnanandhaa could beat Karjakin's record of becoming the youngest GM in the world. Pragg could not achieve that feat. However, here's another Indian prodigy who has a fair shot at breaking that record. He is D. Gukesh. Born on 29th of May 2006, Gukesh has until 29th of December 2018 to become a GM. While a few months ago, this looked highly improbable, Gukesh managed to score his 2nd GM norm, just yesterday at the Paracin closed GM Round Robin tournament in Serbia with a round to spare. He now has a live Elo of 2490 and he will be playing at the Sunway Sitges chess festival which begins on the 12th of December. If Gukesh can achieve his final GM norm there, he will become world's youngest GM beating Karjakin's record of 12 years and 7 months.

Gukesh scored his first GM norm at the Bangkok Open 2018. He has been slowly climbing up the ladder towards the GM title, but never really seemed that he would break Karjakin's world record of the youngest GM in the world. But after his performances recently the boy has a realistic chance and is just one step away. Gukesh recently became the World Cadets under-12 champion with a whopping 10.0/11 score. With a live rating of 2466, he went to play the closed GM norm Round Robin tournament in Paracin, Serbia. 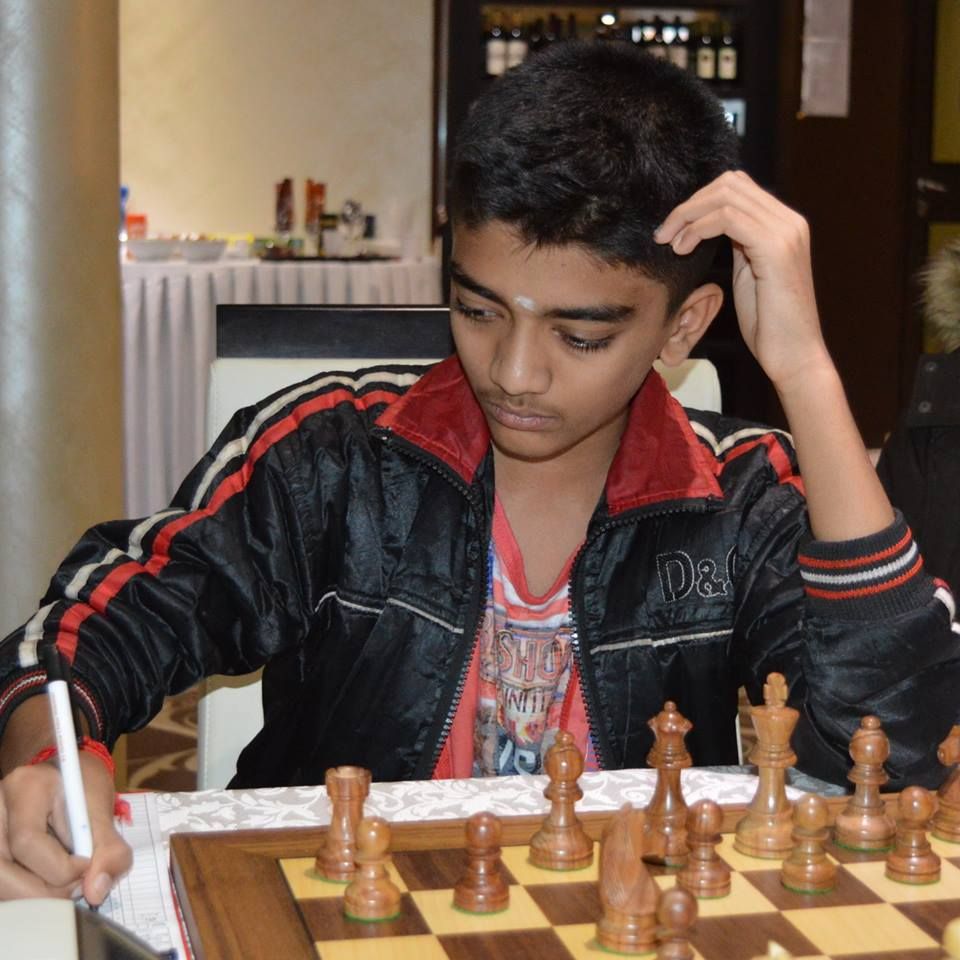 Gukesh, in action at the tournament in Paracin, Serbia 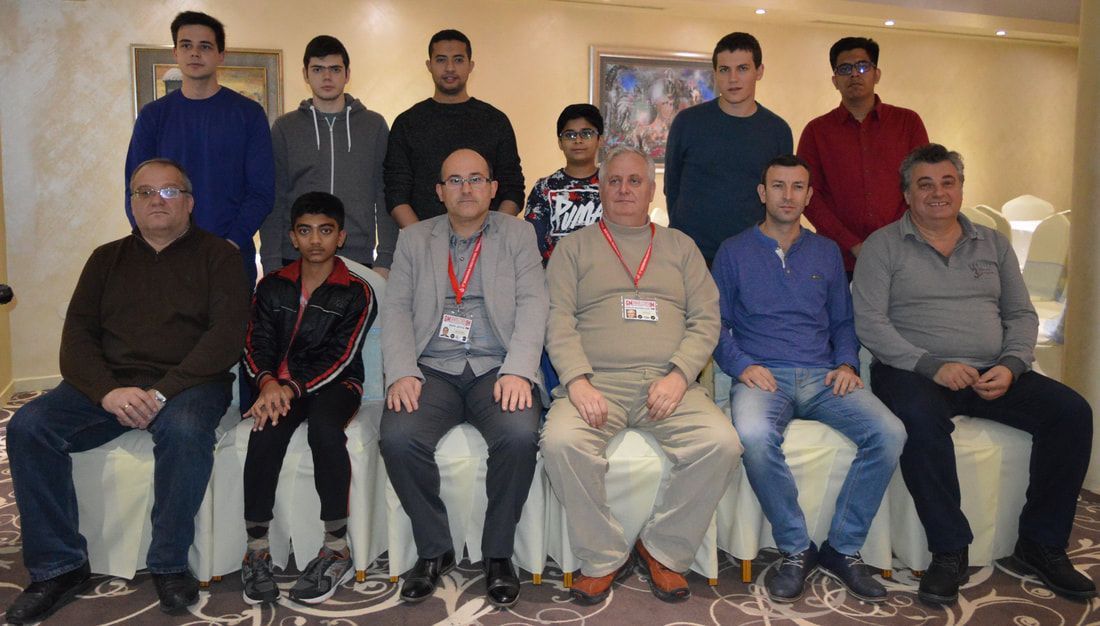 The players at the GM norm tournament in Paracin. Apart from Gukesh there are two more Indians in the fray Leon Mendonca and Kushager Krishnater

Gukesh was the fourth seed and in order to get a GM norm he needed 7.0/9. Quite a tough task considering that he had three GMs above him. But Gukesh played some brilliant chess and look what he achieved: 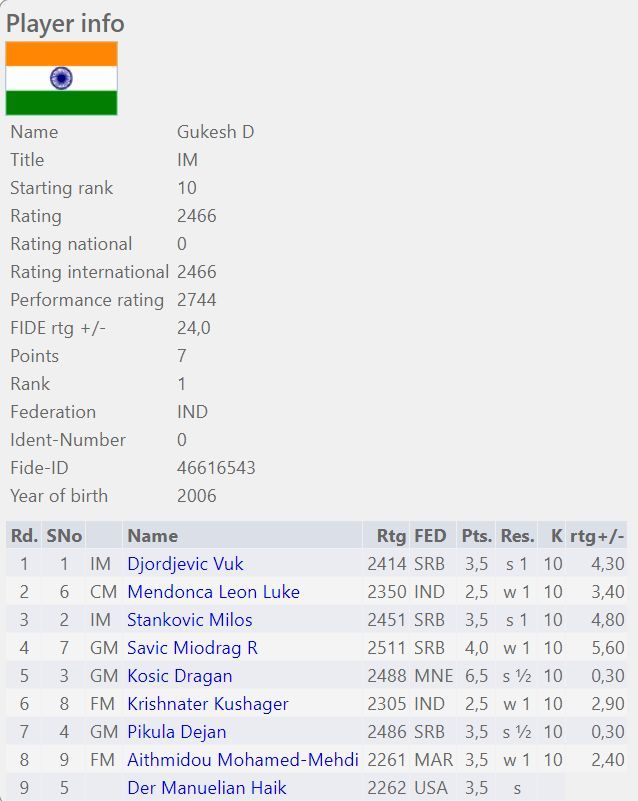 With a performance of 2744, Gukesh has scored seven points in eight rounds and achieved his 2nd GM norm with one round to spare

Gukesh is born on 29th of May 2006. That means he has time until 29th of December 2018 to break Karjakin's record of becoming the youngest GM in the world. With his performance in Paracin he now has two GM norms and has pumped up his rating to 2490. He needs another 10 Elo points and one GM norm to achieve it. So what does Gukesh have on cards now? The good news is that apart from the last round in the Paracin GM round robin where he will be facing a 2262 rated opponent, Gukesh will also be playing at the Sunway Sitges Chess Festival from 13th to the 23rd of December 2018. Being quite a strong event, Gukesh has excellent chances of achieving his final GM norm and also the required rating points! What no one has been able to achieve in the last 16 years, perhaps Gukesh can!

Gukesh's best game from the event:

Gukesh has played many excellent games from the Paracin event. But I really liked his win against Mumbai lad Kushager Krishnater:

So, what do you think? Will Gukesh become World's Youngest GM? Let us know in the comments section.