IM Nitin S scored an unbeaten 11.0/13. He finished a half point ahead of the competition to win All India Blitz Rating Open 2022. Three players scored 10.5/13 - IM Ravi Teja S, Bharat Kumar Reddy Poluri and Ashwath S. They were placed second to fourth according to the tie-breaks. Nitin won ₹24000 cash, Runner-up Ravi got ₹19000 and Second Runner-up Bharat earned ₹15000 cash each as their prize. Total prize fund of the tournament was ₹200000. The one-day 13-round blitz rating tournament was organized by Innovators Chess Academy on 14th April at GEAR Innovative International School, Bangalore, Karnataka. Photo: Sushruta Reddy

IM Nitin S had a half point lead heading into the final round 10.5/12. A win would have made him a clear champion, however a draw would leave things up to tie-breaks if IM Ratnakaran K wins his final round game. Nitin drew against Kaustuv Kundu at the top board and Ratnarakan lost to Bharat Kumar Reddy Poluri. Thus, Nitin became clear champion, Bharat third and Ratnakaran had to settle for fifth place according to tie-breaks. This was the third out of four consecutive rating tournaments organized by Innovators Chess Academy at GEAR Innovative International School. 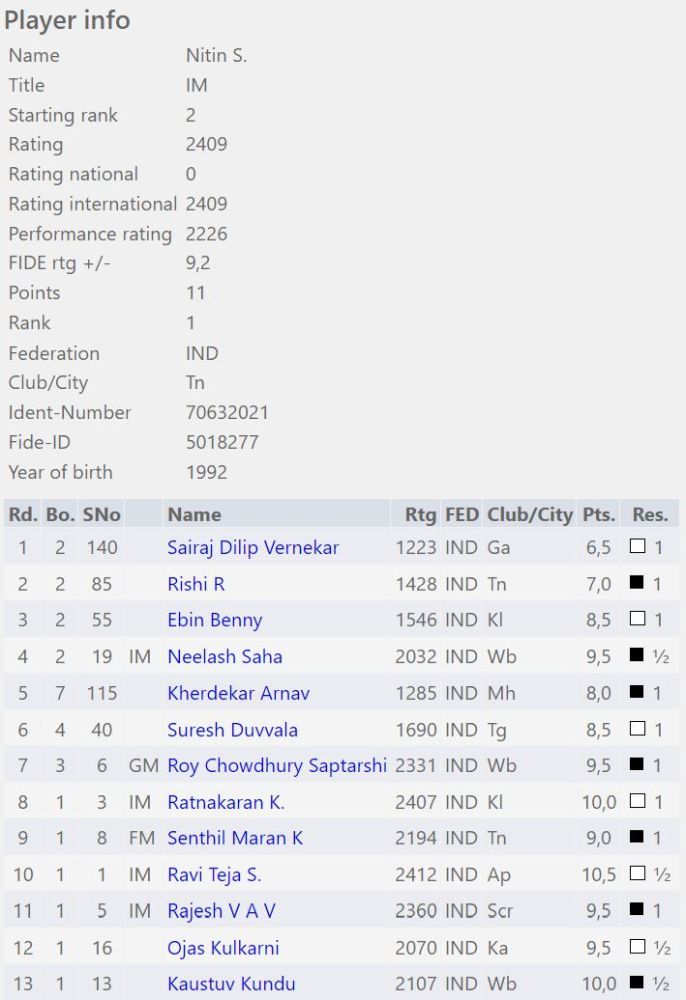 It was a very strong tournament due to the participation of a GM and 9 IMs. Moreover, this tournament was coming off the heels of 4th Bangalore Open 2022. Thus 13 rounds of Blitz after a final round of Classical game made the tournament that much more tough, exciting and enjoyable at the same time. 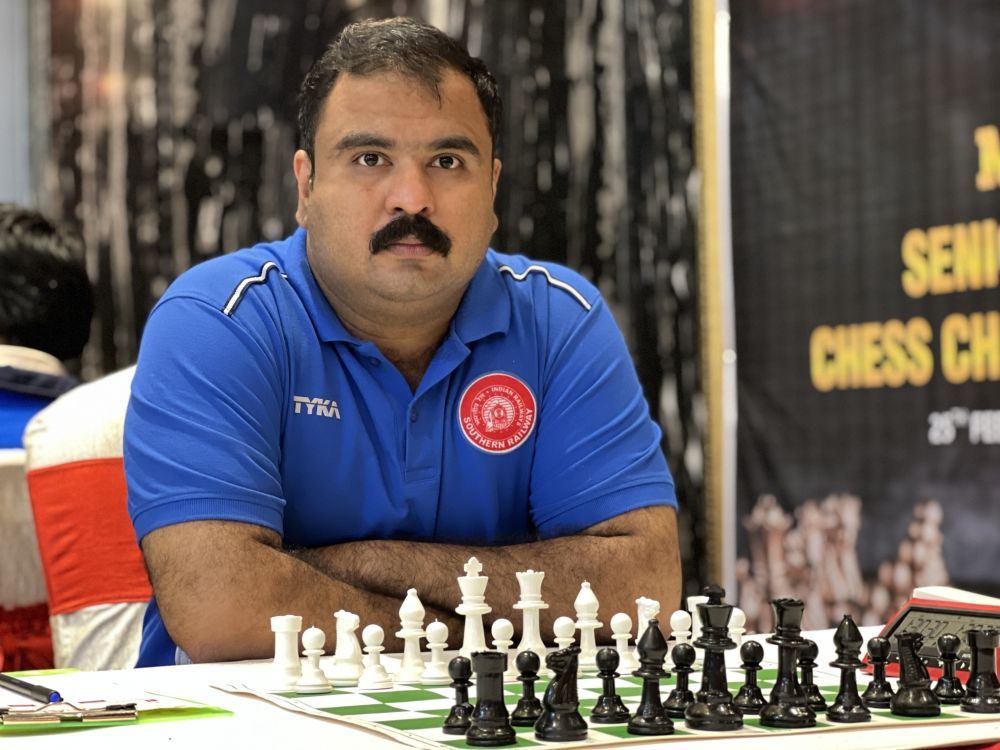 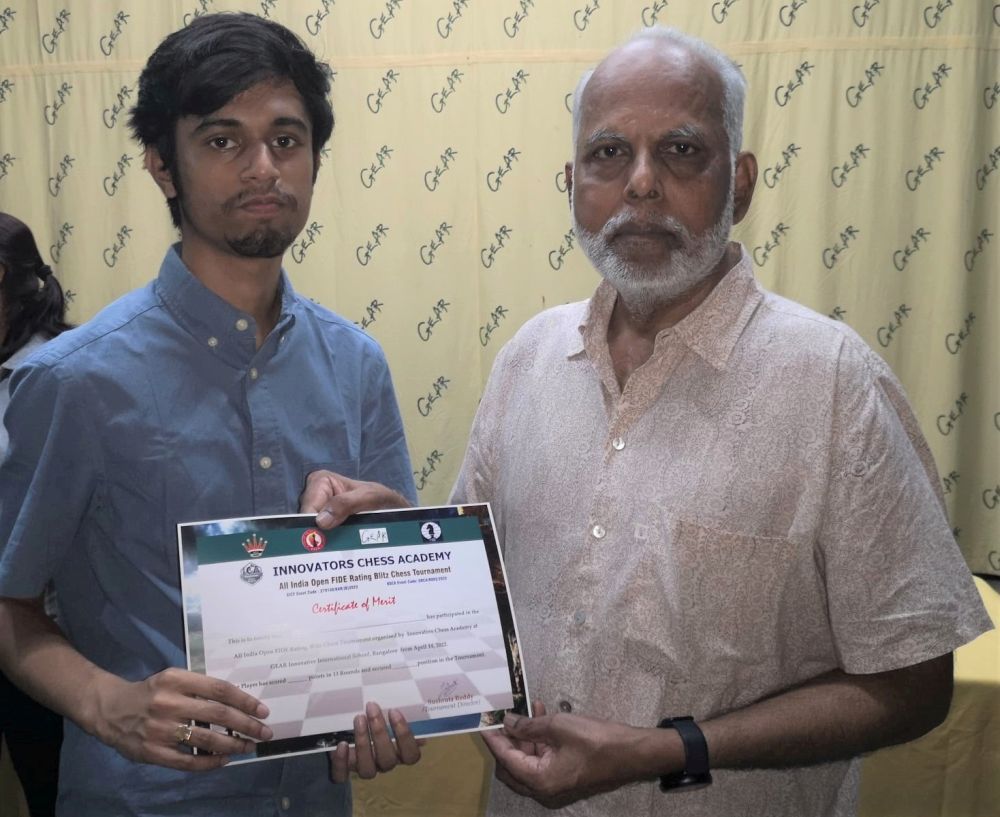 A total of 268 players including a GM and 9 IMs took part from various parts of the country. The one-day 13-round Swiss league Blitz Rating tournament was organized by Innovators Chess Academy at GEAR Innovative International School on 14th April 2022. The time control of the tournament was 3 minutes + 2 seconds increment from move no.1.