Top seed of the tournament GM Thej Kumar M S, Nithin Babu and FM Sharan Rao scored 8.0/9 each. Thej won the SCMA All India Rapid Rating Open 2022 due to better tie-break score. He took a no-draw approach, scored eight wins and the sole loss was against the eventual runner-up Nithin Babu. Sharan was placed third according to tie-breaks. All three podium finishers suffered a loss each, yet none of them made a single draw. The total prize fund for the Rapid Rating was ₹200000 along with trophies in each event. Top three prizes in were ₹30000, ₹15000 and ₹12000 cash along with a trophy each respectively. Photo: SCMA 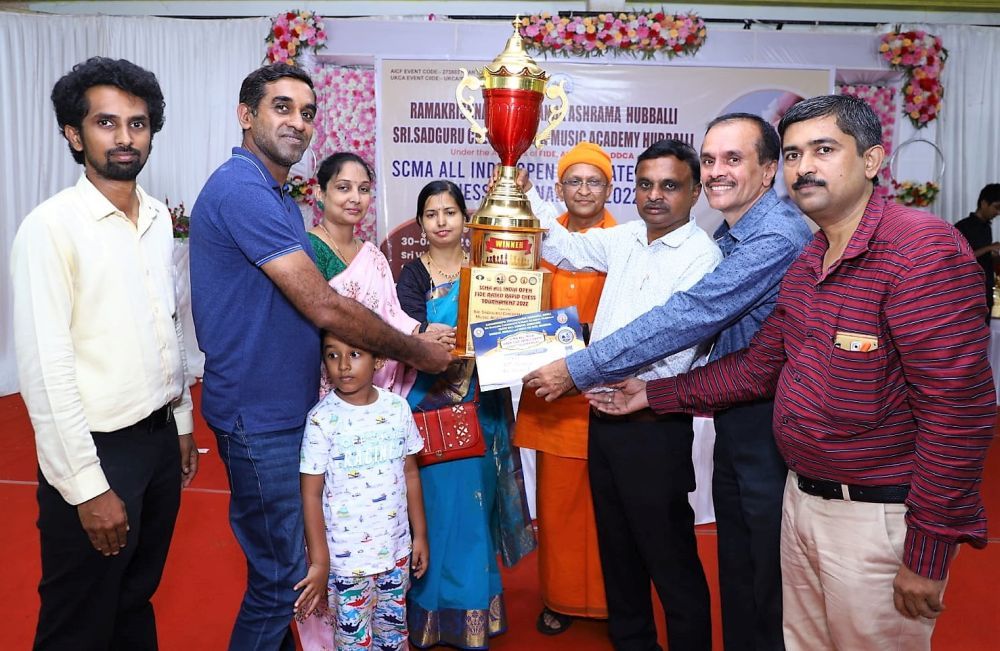 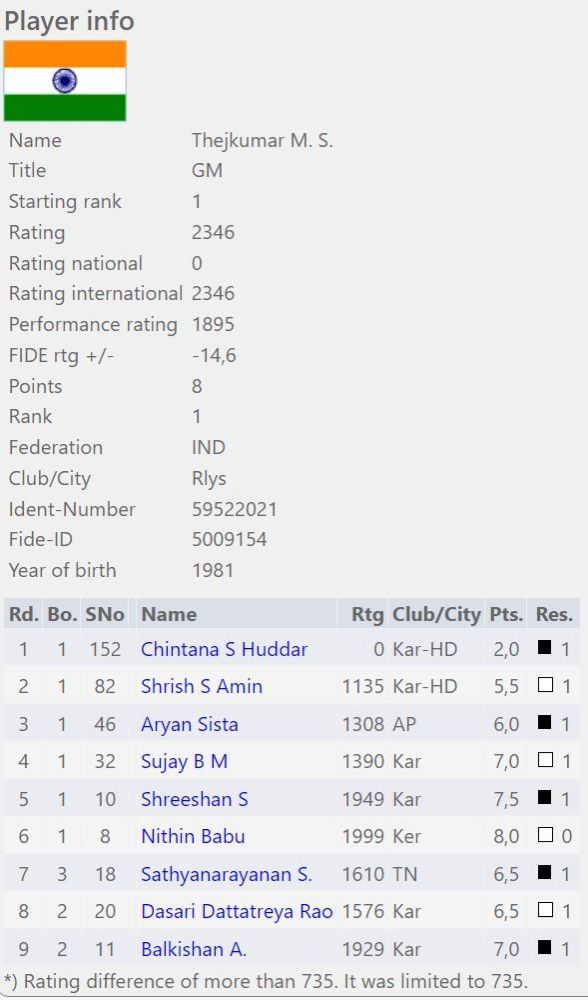 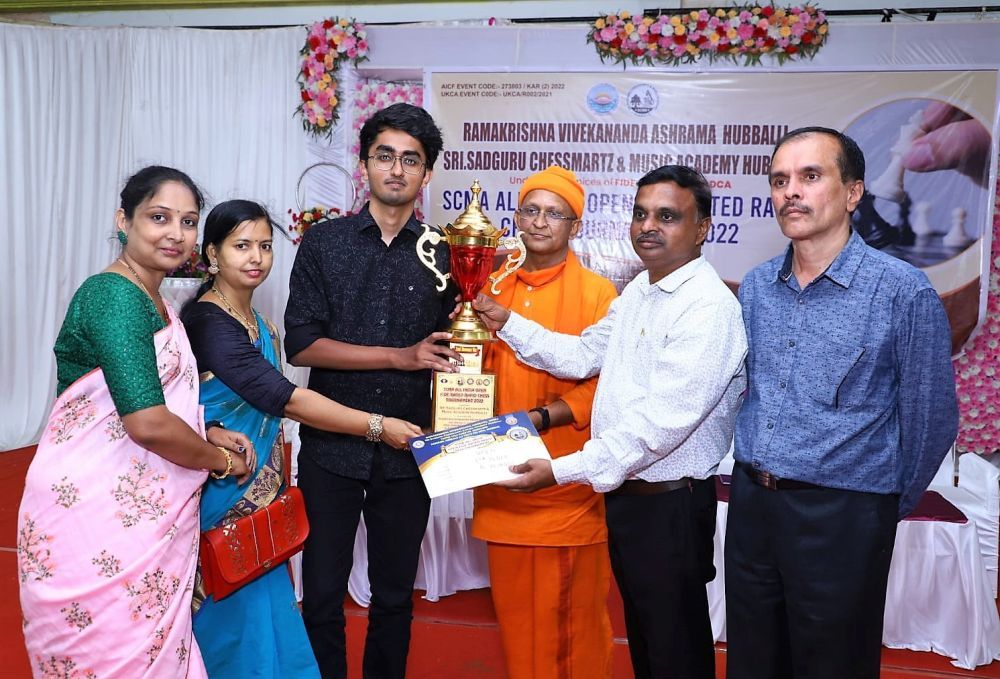 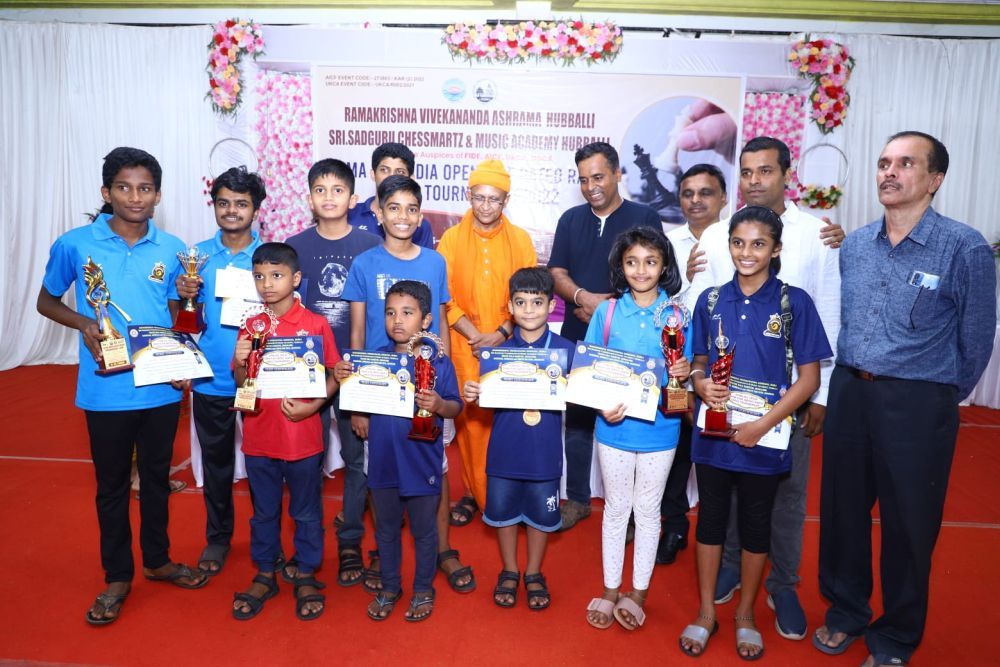 A total of 298 players including a GM and two IMs in the Rapid Rating and 213 in the Blitz Open including a GM and an IM, participated in this two-day tournament. The tournament was organized by Sri Sadguru Chessmartz & Music Academy, Hubli and Ramakrishna Vivekananda Ashram on 30th April and 1st May at Hubbali, Karnataka. The time control for the Rapid Rating was 25 minutes + 5 seconds increment and for Blitz Open, it was 3 minutes + 2 seconds increment.