15-year-old IM Pranav Venkatesh started the tournament with seven consecutive victories. He lost the eighth round to S S Manigandan, however he bounced back well by defeating the top seed of the tournament IM Viani Antonio Dcunha in the final round to win 4th Kudremukh Trophy All India Rapid Rating Open 2022. Pranav, Manigandan and Balkishan A, all three scored 8.0/9 each. They were placed first to third according to tie-breaks. The tournament had a total prize fund of ₹200000 with the first prize being ₹30000, ₹20000 for second and ₹10000 for third. Top three prizes had a trophy each and total 165 prizes were up for grabs. Pranav finished third in R Hanumantha Memorial Blitz Rating and won Bronze at FIDE Youth Rapid Superfinal among recent events. Photo: Murgesh S / KIOCL Ltd 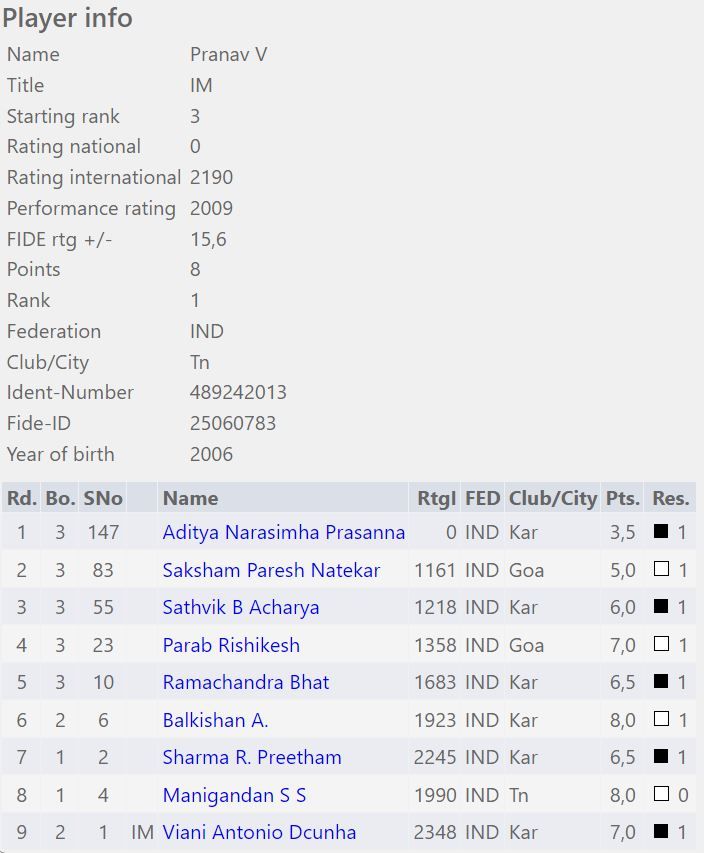 The tournament was inaugurated by Hon’ble Member of Parliament, Dakshina Kannada District,  Mr. Nalin Kumar Kateel, and  the Commissioner, Mangalore City Corporation, Mr. Akshy Sridhar, IAS, on 1st January 2022 by lighting the lamp, unveiling the trophies and moving the pawns on the demo chess board. 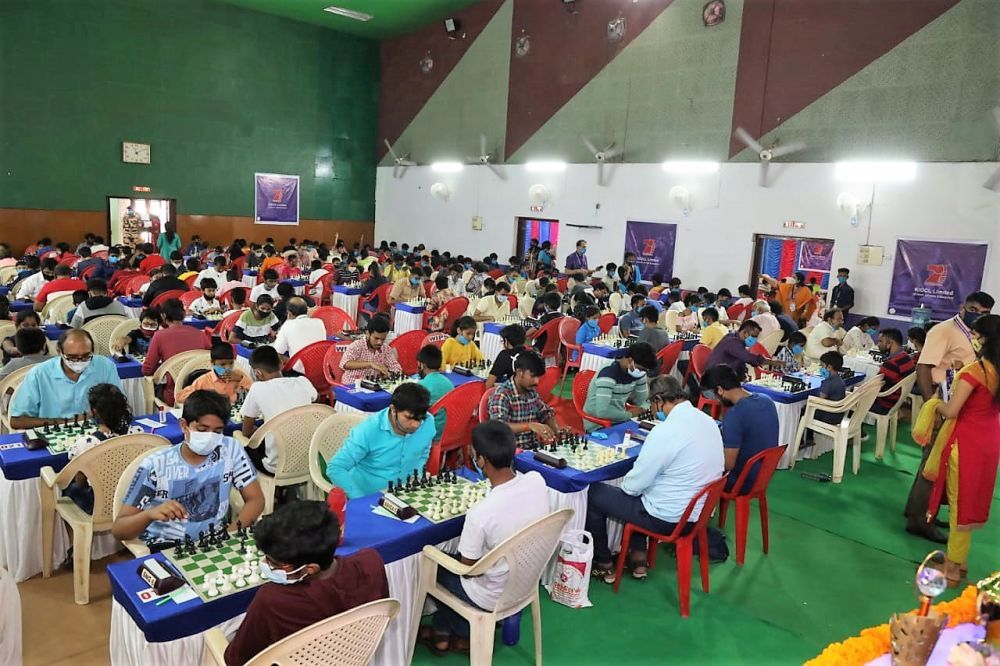 The tournament was organized by KIOCL Ltd. on 1st and 2nd January 2022 at KSRC Nehru Bhavan, Mangaluru, Karnataka. A total of 287 players including three IMs took part in this nine-round Swiss league Rapid Rating tournament which had a time control of 25 minutes + 10 seconds increment from move no.1.